Wanted to start a little project, something different than normal. Thought it would be cool to take an old boombox and make it Bluetooth compatible. Would run on a battery pack. Would be fun to take to festivals or the beach. Maybe add a USB charge port on the side to charge up your phone. Was watching the Netflix special on video games and I think the 80s footage inspired me.

Was surprised how expensive some of these retro boomboxes are! Some of the Ones in good shape are several thousands of dollars!

I didn’t need a mint one or one that was 100% working so that made it much cheaper. Found one that had an inoperable tape player for cheap on FB. Looks the part! 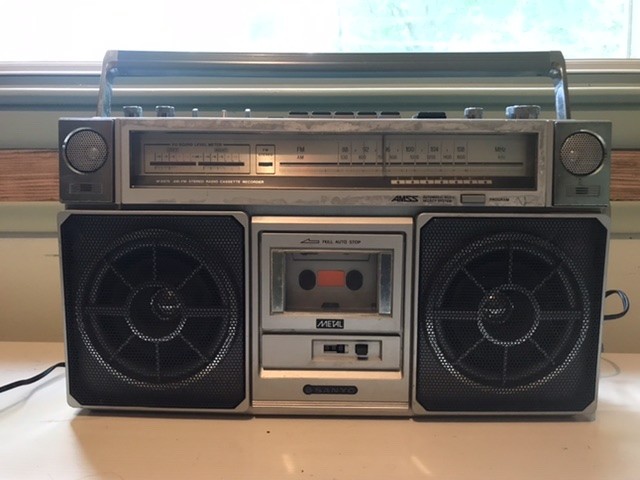 Has a lot of different inputs and outputs on the side which should make it easier to hook things up. 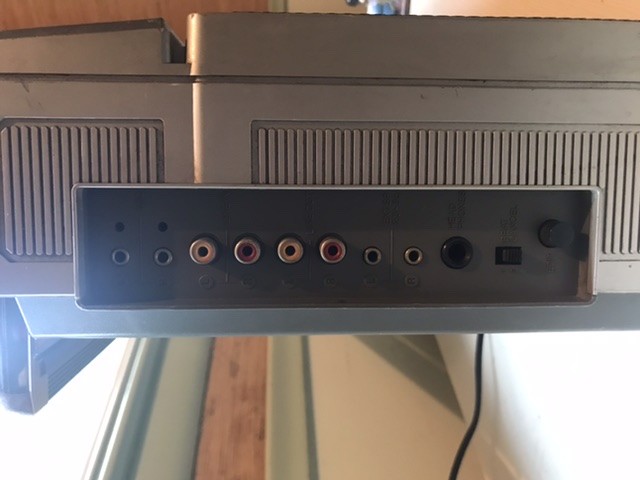 Got a raspberry pi 3 which has the Bluetooth module for about $40. This will run the software 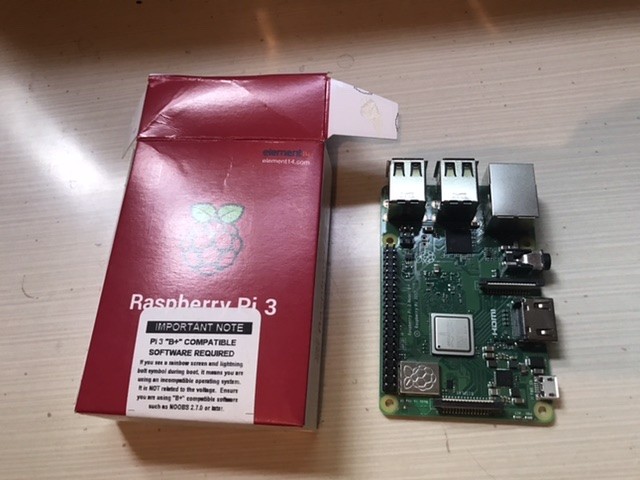 The audio output isn’t great in these so I got a sound blaster dac for under $20. 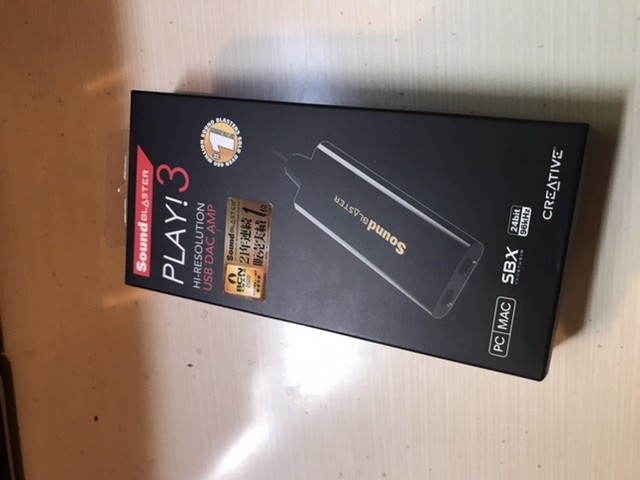 Since the boombox has a 12v DC input it should make it easy to hook up a battery pack/power supply. There are several online that have the usb 5v output for the pi. I’ll try to wire the stereos AC input to charge the battery so you don’t have to mess with it.

Some online instructions used a different amp and just wired up the speakers but I want to keep the radio so to simply it I’ll just use the pi as an output to the stereo. 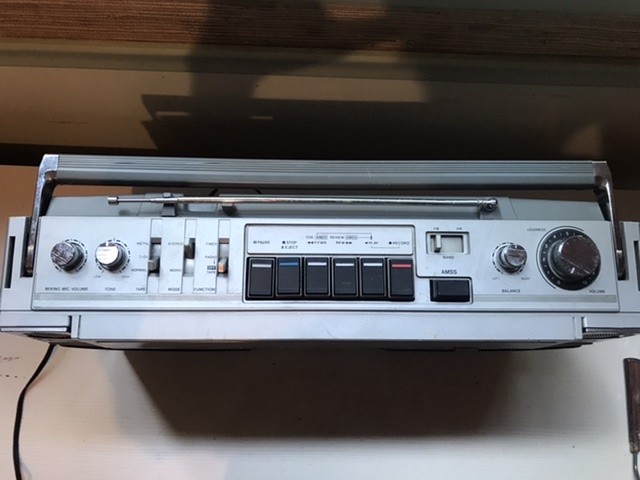 Plugging the radio in, as advertised the tape didn’t work. The radio does. It sounds decent but there is some static when turning the volume dial. May need to get a new pot.

So I decided to try and make some progress today. Going to go one step at a time.

2. Open up stereo and check it out.

3 Get pi to play thru stereo

5.5. Fix any issues with stereo

First step is get the pi working. Found a site called Balena.io that makes it really easy to set things up. Good because I’m not a good programmer. 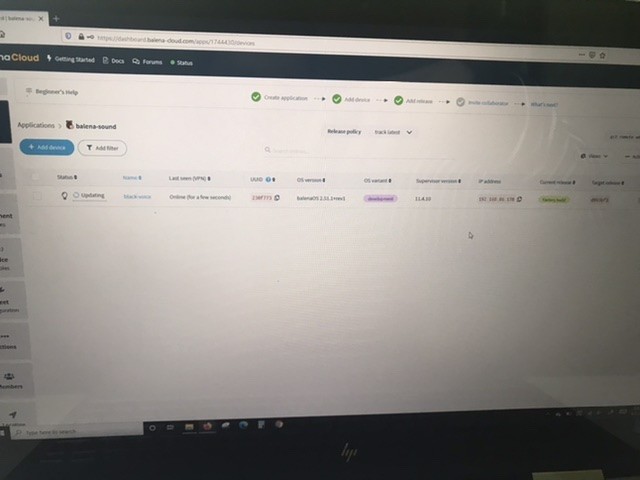 there were a few hiccups and settings to mess with but got it working! 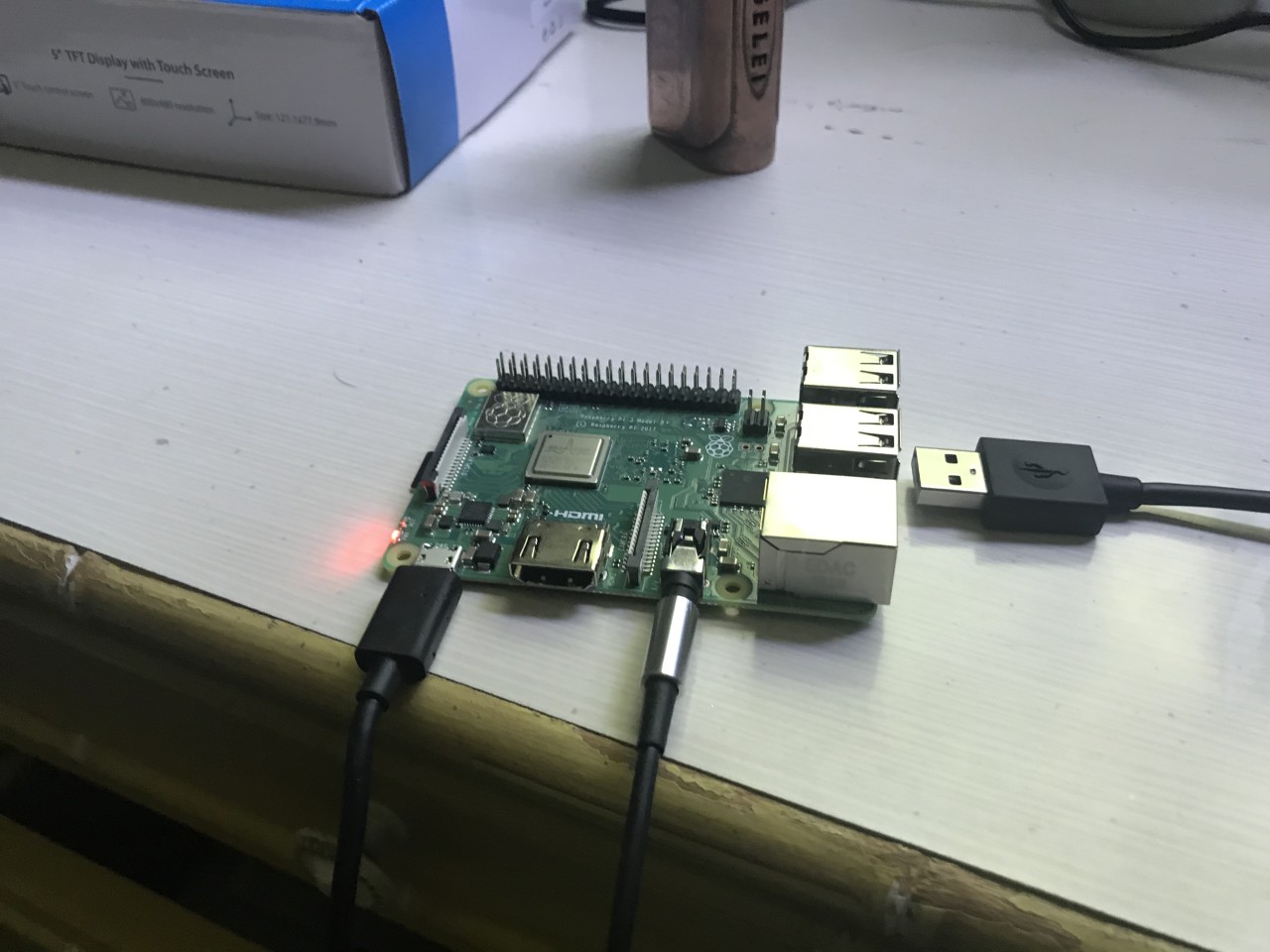 Had to turn off the pi audio out for it to see the dac but seems to work great. Only beef is it is a little slow to respond. If I stop or change songs seems to be a couple seconds behind but not a big deal. 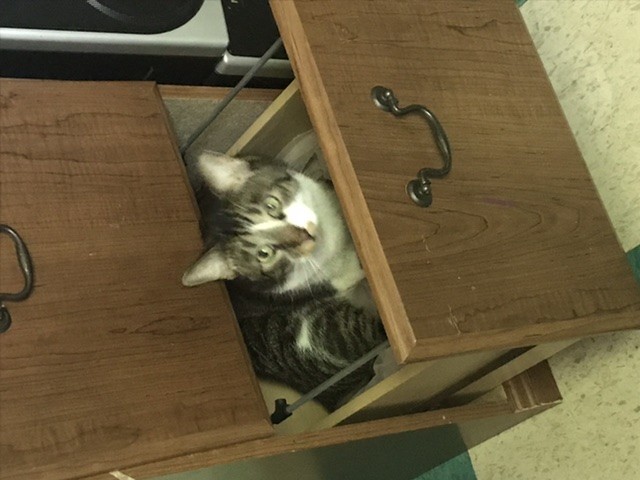 He needed to inspect the project drawer. 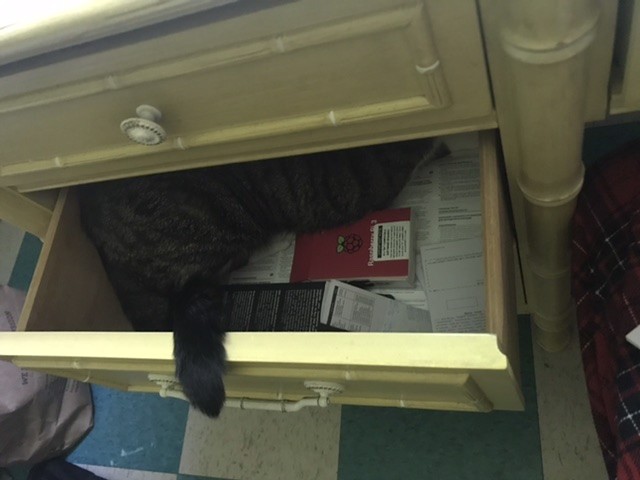 Opened up the stereo, wasn’t too dirty inside. 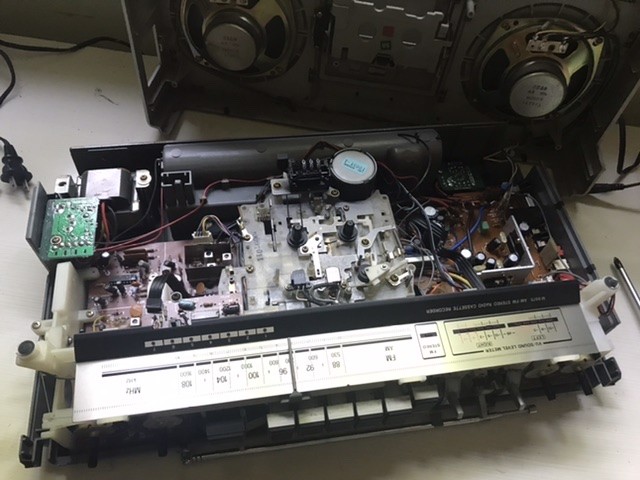 Found out the tape isn’t working because the motor that runs it doesn’t appear to be connected, maybe the gear broke, but the motor spins with no tape spinning.

Was going to go thru the tape audio input but the tape mechanism is really integrated into the case/circuitry and would be a pita to get into. Plus I don’t know how powerful the signal is coming from the tape deck. Seemed like going in from the aux input on the side is simpler. 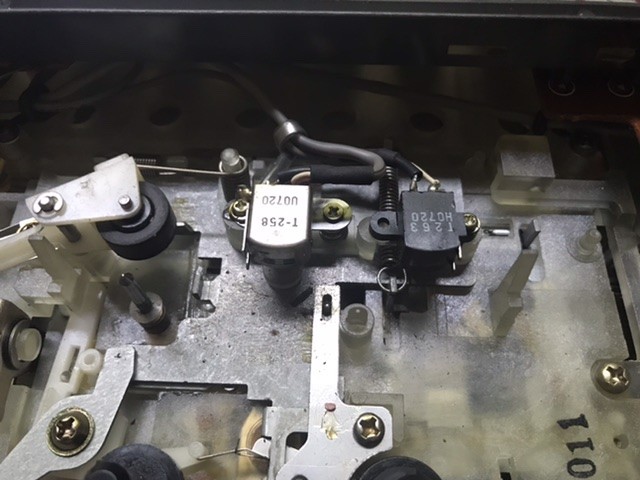 Tape head on the right is the reading head. The wires go under the mechanism which would take a lot more work to pull. 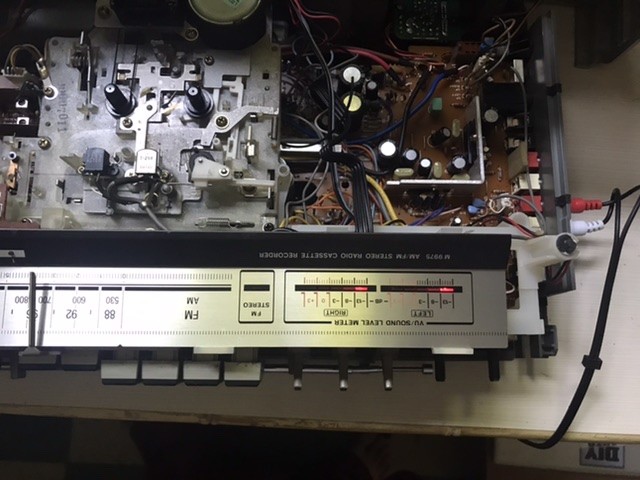 Thankfully I had a 3.5mm to RCA cable so I just plugged it in, switched to tape and hit record/play and it worked!

It sounds pretty good and gets loud! I could probably improve it with better speakers but that’s an upgrade for later.

Noticed a hum that got quieter when I touched the running tape motor. I unplugged it and it helped but was still there. Probably related to the wall power and since I’ll be using a battery it may go away on its own.

So I got thru step 3. Now I need to order a short 3.5mm cable to permanently connect to the audio inputs, buy a 12v battery supply/pack and get this thing running on its own power.

This is super cool! Excited to see more progress :)