Im tired of seeing all these threads on how do i wire my fan and people doing dumb stuff like wiring it on constantly or using the snowflake button to turn it on method.

1: Install fan in car. To Preface a GOOD WORKING factory fan will outcool most aftermarket ones. I run stock fans in almost all the swap cars i do here as they move ALOT of air.

2: Find stock fan wiring on drivers side under drivers headlight

You should have red brown and black (AFTER the Plug)

Assuming youre using an aftermarket fan, you want to wire the +12 of the electric fan to RED and the ground to BROWN

Another method (in order to get the stock fan wirings' low speed to work) is to wire RED and BLACK together. But keep in mind because you have no fan resistor there wont really be a low speed as far as the fan is concerned. Another trick is to remove the fan resistor from the stock fan and wire it in series with the black wire.

3:Find the stock fan switch wiring: early model on drivers side, late on passenger side (1988 changeover)

4: I always just utilize high speed and use this switch: (61-31-1-364-272-82 ) in series with an 80 deg C thermostat. Dont try to use the stock fan switch (2 or 3 pole) because most of the factory switches are setup to have the fan work as an AUX fan which you are no longer doing (STOCK FAN SWITCH IS 90/98C in most instances). You want the fan to turn on alot earlier than the stock switch has the fan setup

This will make the fan come on right under the halfway mark and making it so you never ever half to worry about pressing the snowflake or anything stupid like that. The car will cool itself just like its supposed to from the factory. Again this isnt the ONLY fan switch that will work. There is also a 3 pole 80/88C switch that you can use as well but you have to realize in stock form its setup to turn on low speed at 80C and high at 88C. If your fan isnt wired for this it wont work as well as i dont like that it waits till 88C to turn on high speed. 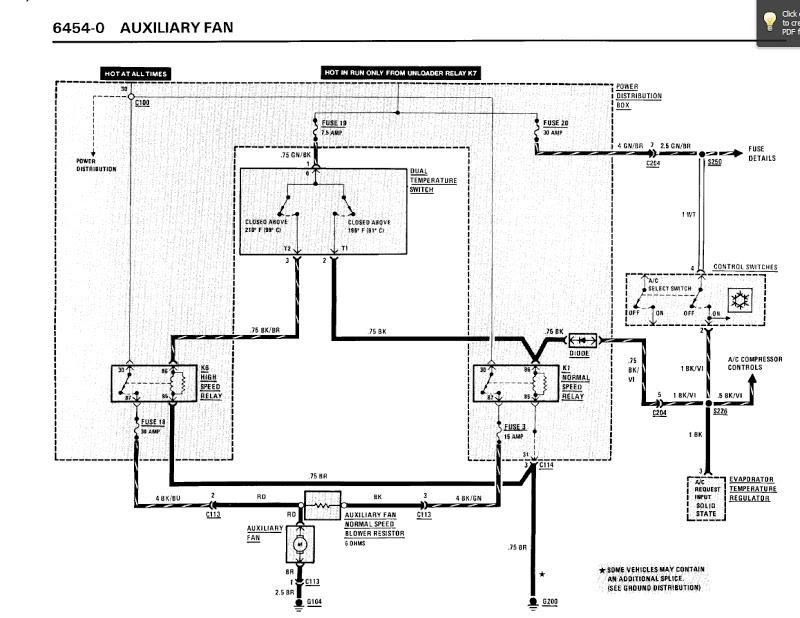 Some quick and dirty pictures of a S52E30M3 Car here. 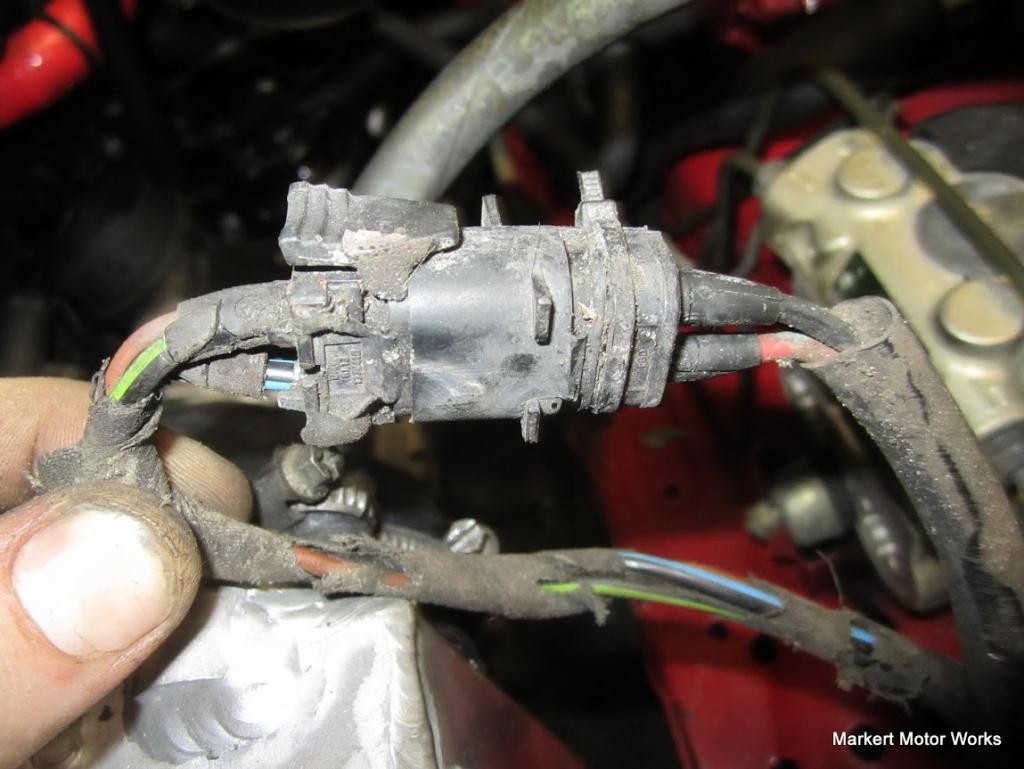 Fan Switch Wiring Modified. You can see the low speed trigger wire hanging out for reference: 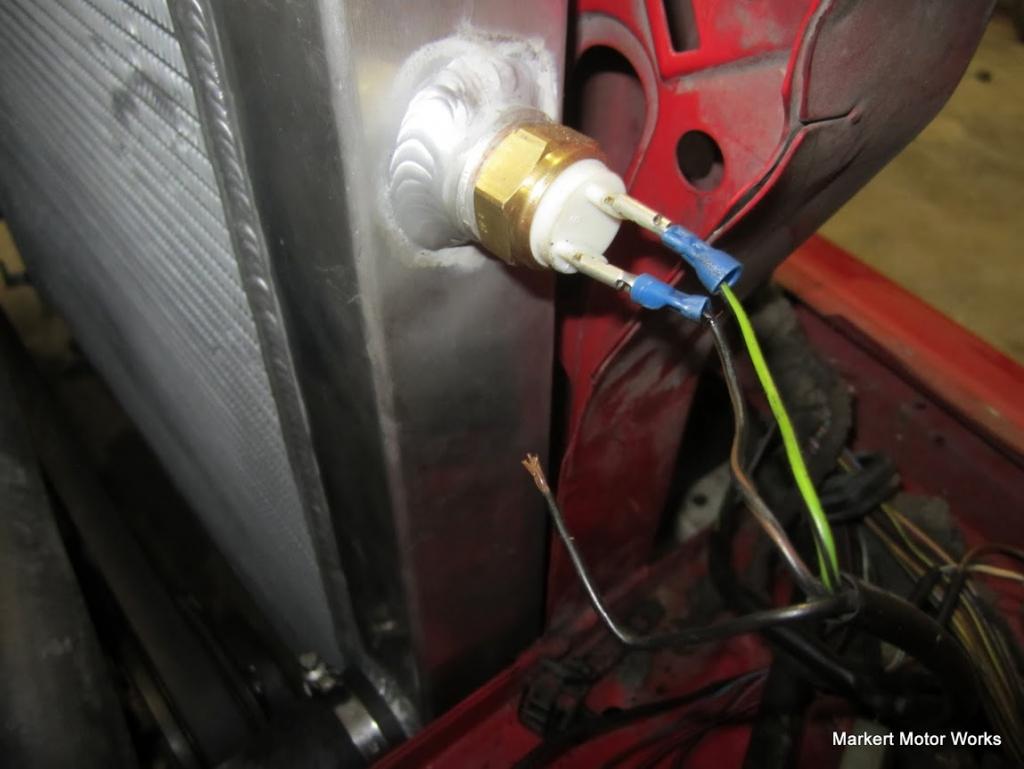 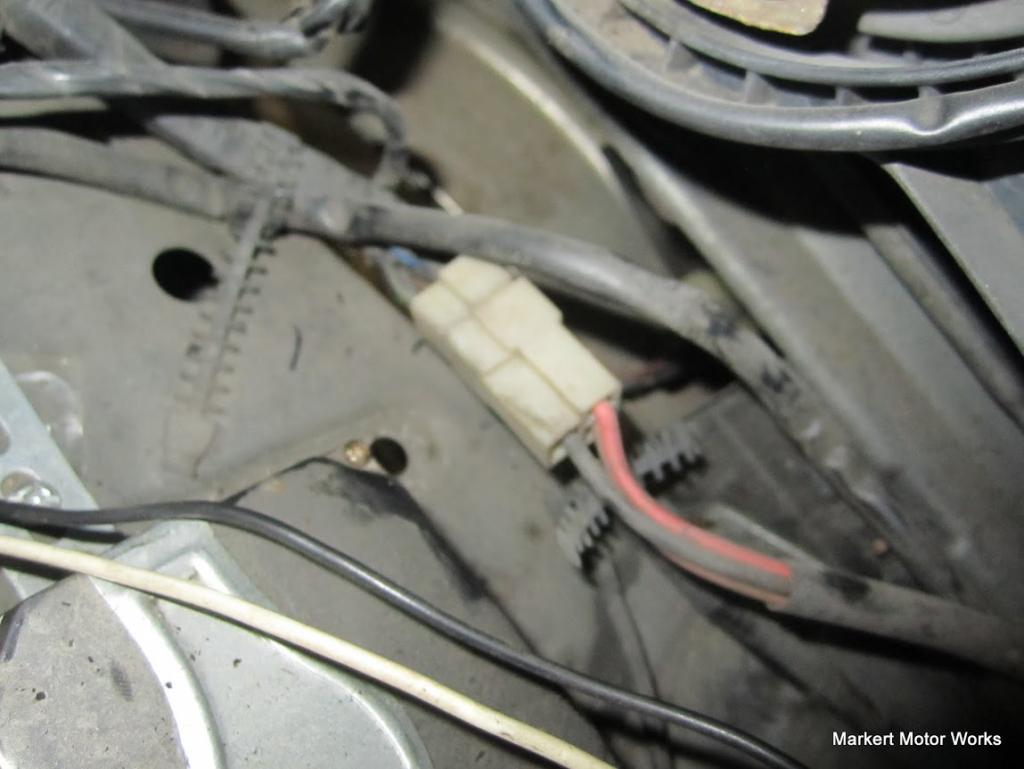 Ive tried to collaborate everyones questions into a troubleshooting section: 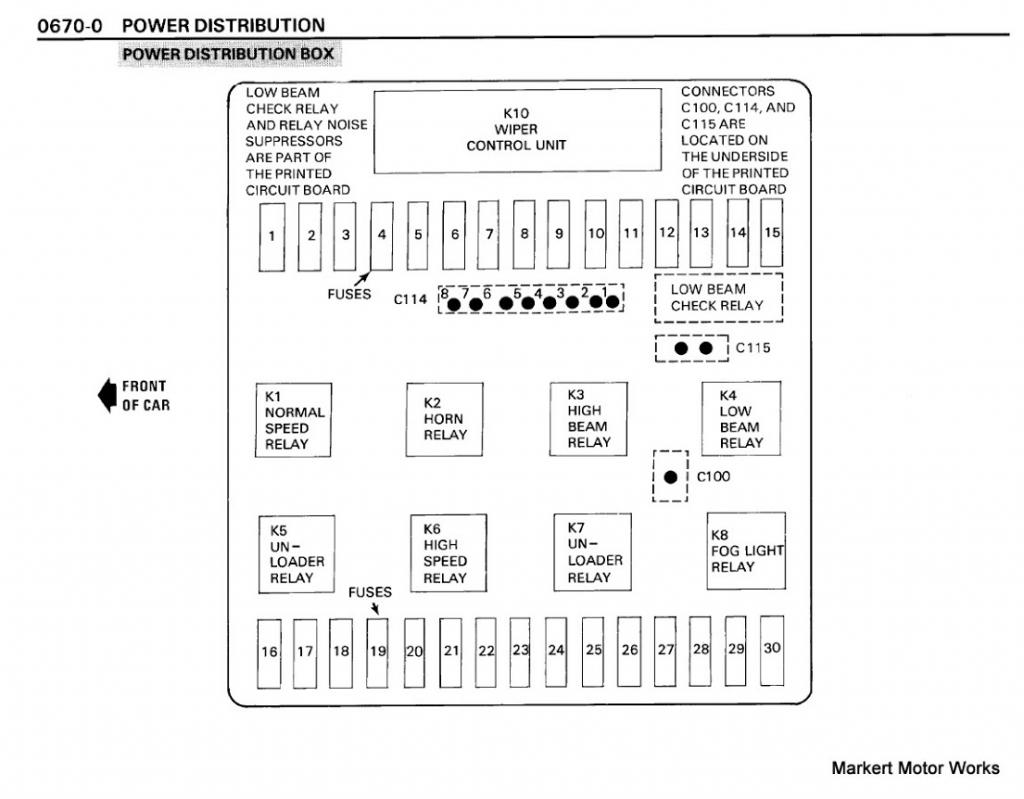 -Fan doesnt turn on when car gets hot?

Short the two pins at the fan switch. Does the fan turn on?

YES: Engine isnt hot enough or cooling system not bled all the way. Is radiator burning hot all the way across? Can you touch the switch bare handed? You shouldnt be able to.

-Extremely Slim possibility is the fan switch is dead. This is where an IR thermo comes in handy, With the fan switch itself nearing ~83-85C the fan should trigger. In my experience it triggers at an external temp of <80C

-If theyre both good, check for power at your new fancy fan switch. GN/BK should always have power with KEY ON. It is powered indirectly by the unloader relay.

-If there is power there with the key on, short the GN/BK and BK/BR fan switch wires and move on to the fan wiring. BK/BU (Pre Plug) or RD (Post Plug) Should have +12 at it with the fan switch jumped. If it does and the fan still doesnt work check for ground at the BR wire, if that checks out then your fan is dead.

-Fan is stuck on all the time

Verify that with the car cool the BK/BR wire at the fan switch DOESNT have +12.

Smash your K6 relay a few times to make sure its not stuck.

Thats all i can think of :P