Three cams shown. A used scored to hell M3 cam from my motor is on the left, a M52 cam from a customer motor is in the center, and a better condition cam i just purchased for another customers motor is on the right always...

Some things to note:

-You can see the major differences between the lobes.

-notice the high scoring sets of journals on each cam. All three cams have concentrated wear on only a few journals.

-Wear is always significantly worse on the exhaust cam.

-Note the TDC stamping differences on the cam block squares. The M52 is apart and the two S52s are together and offset to one side on both cams.

-The S52 Cams' squares' for the cam blocks appear trapezoidal, where as the M52 cam's is very square

-All three intake cams have BMW stamped in the same location

-The stamping on the intake cams near the block squares is different for all three("R1","R4","R2")

-Also lastly notice the color differences between the three, the M52 cam is "bronzer" than the rest. This is prob caused by engine temps/oil choice between the motors and the fact that the bronze one was reciently run where as the other two have been sitting for a while 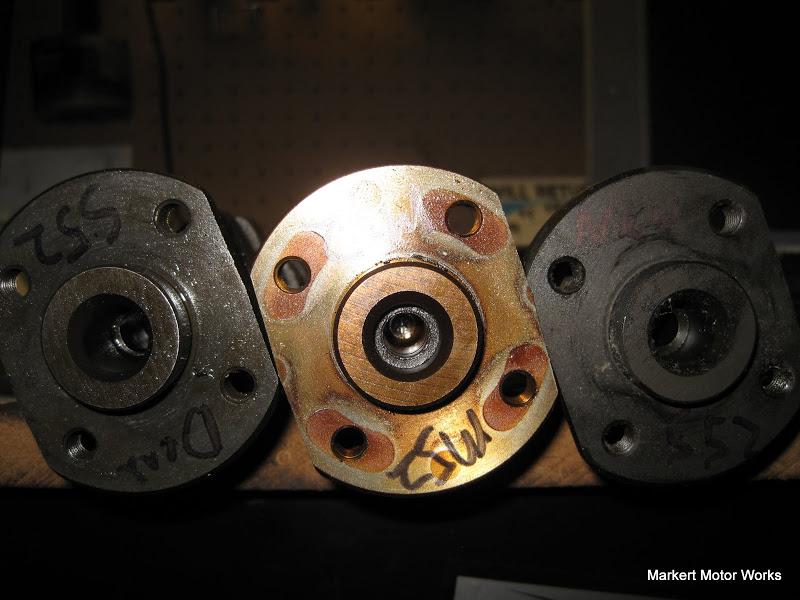 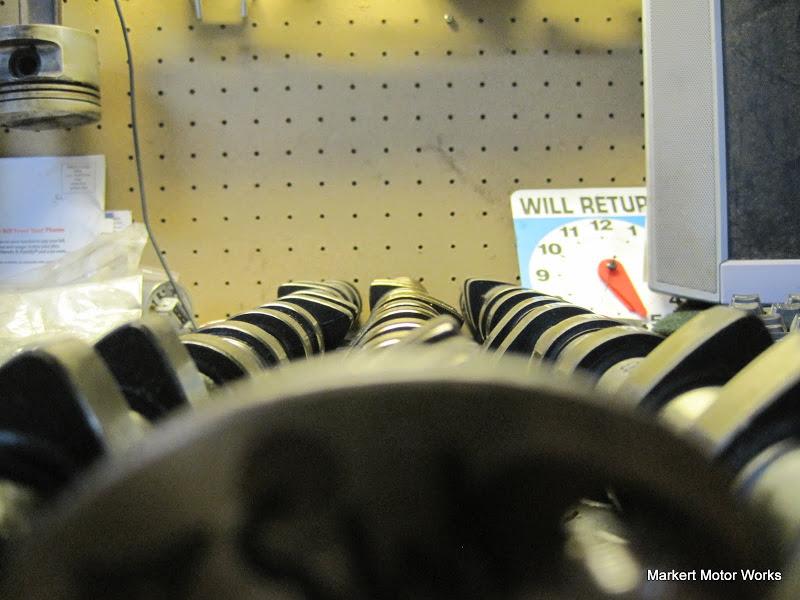 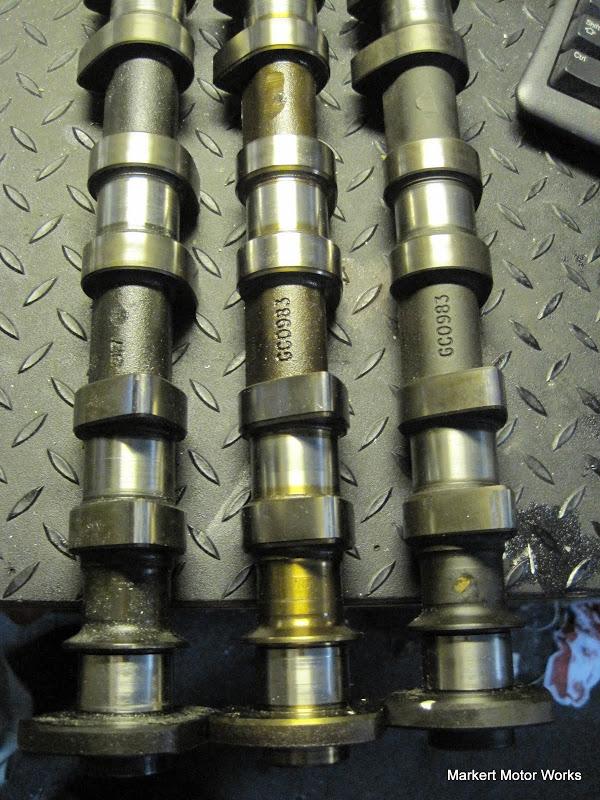 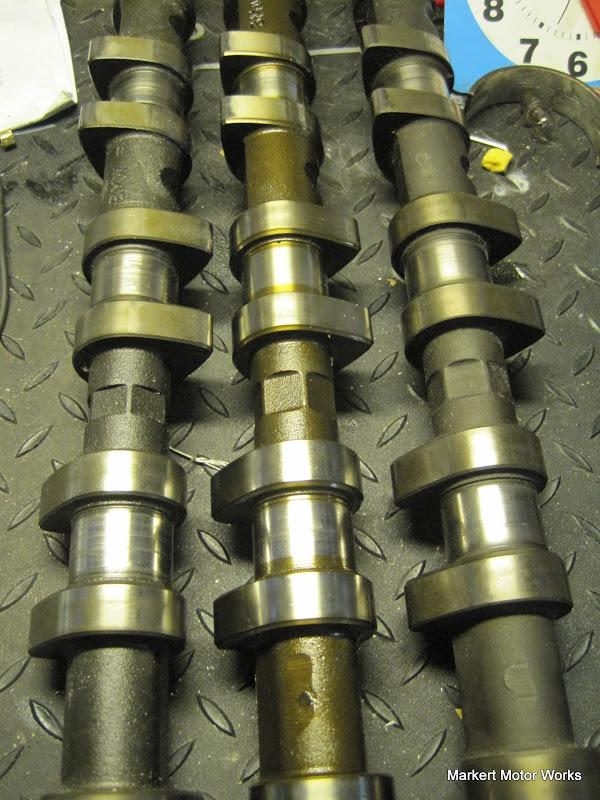 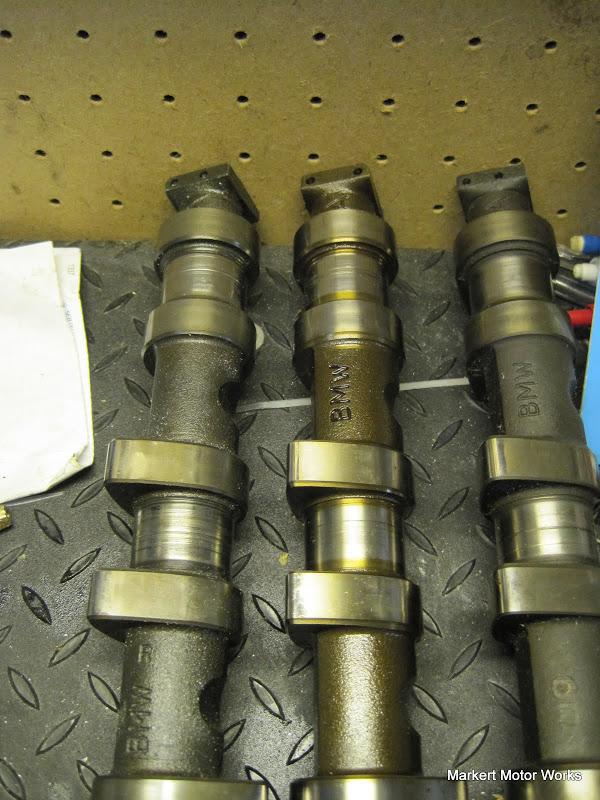 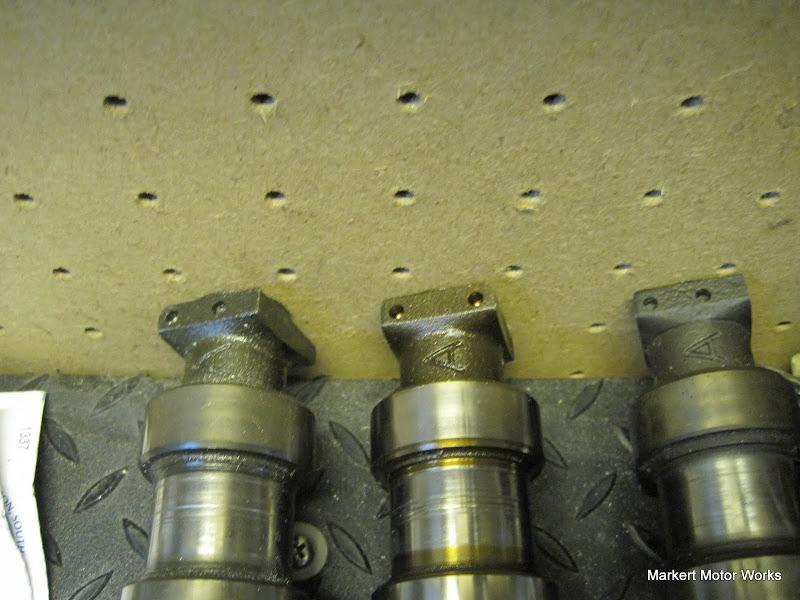 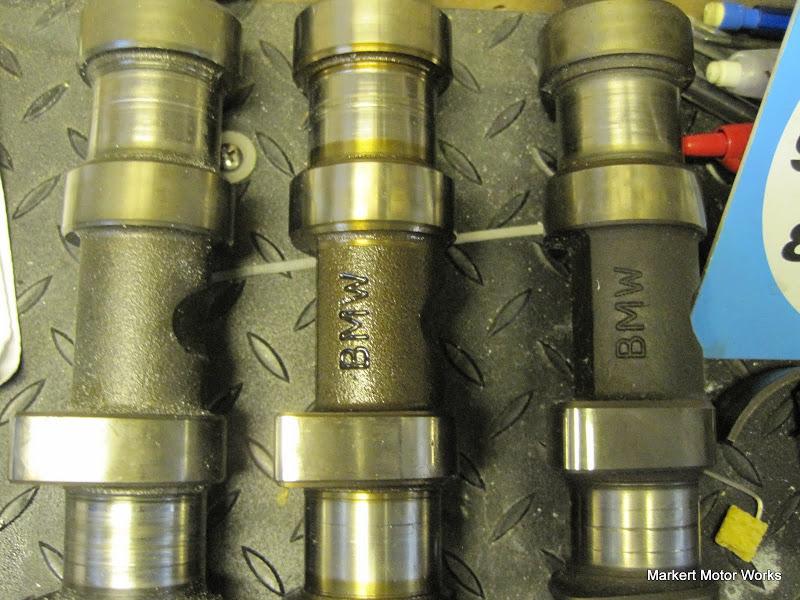 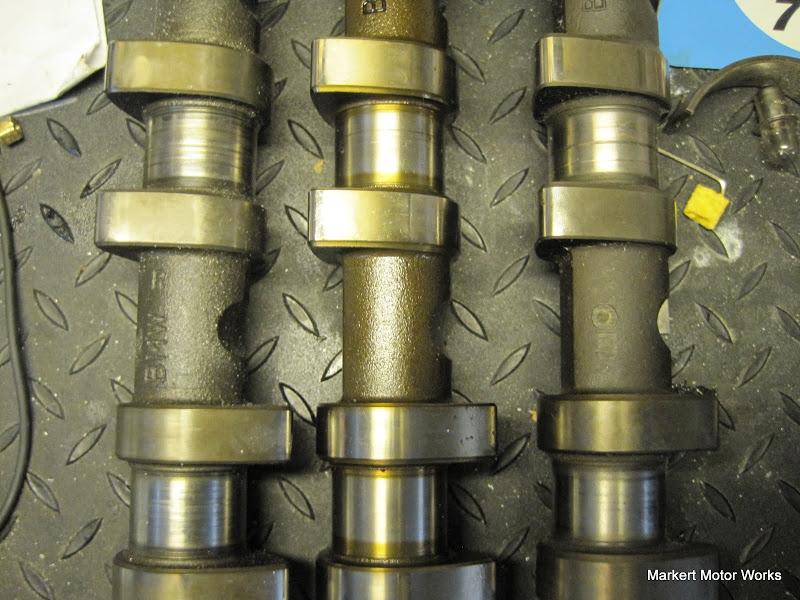 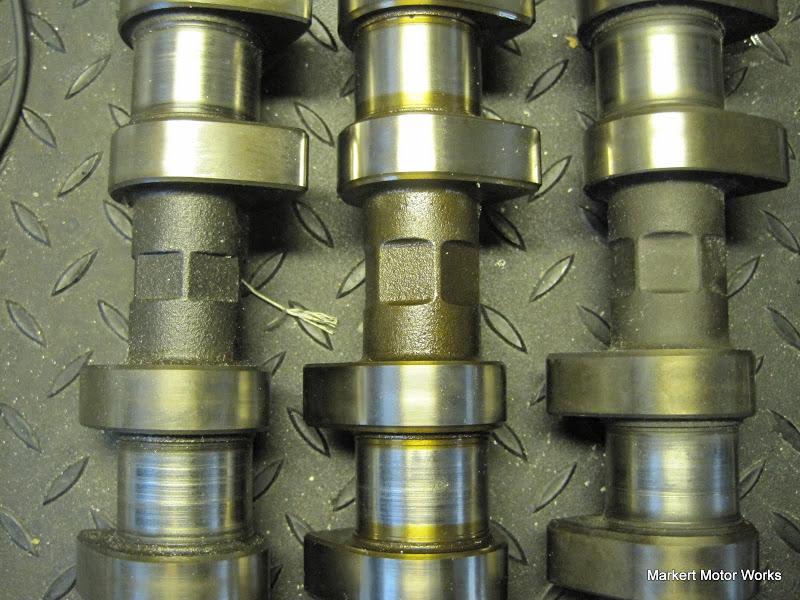 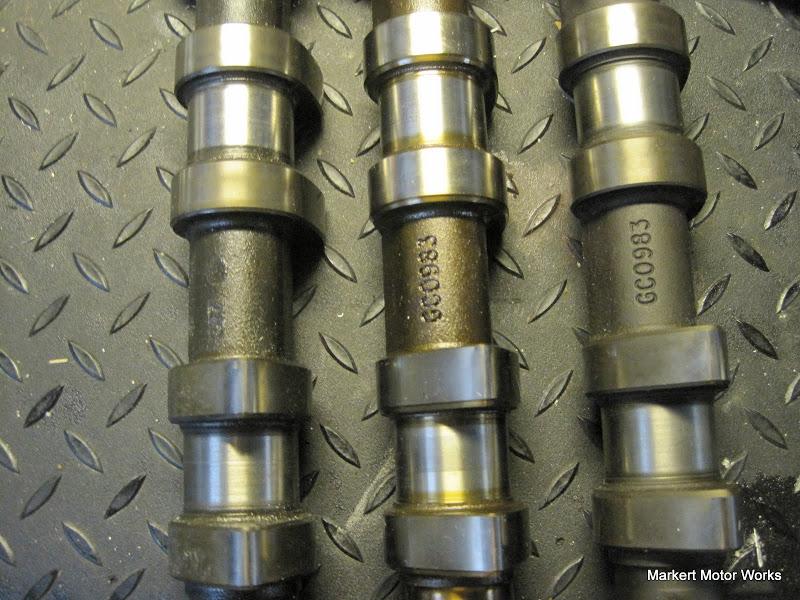 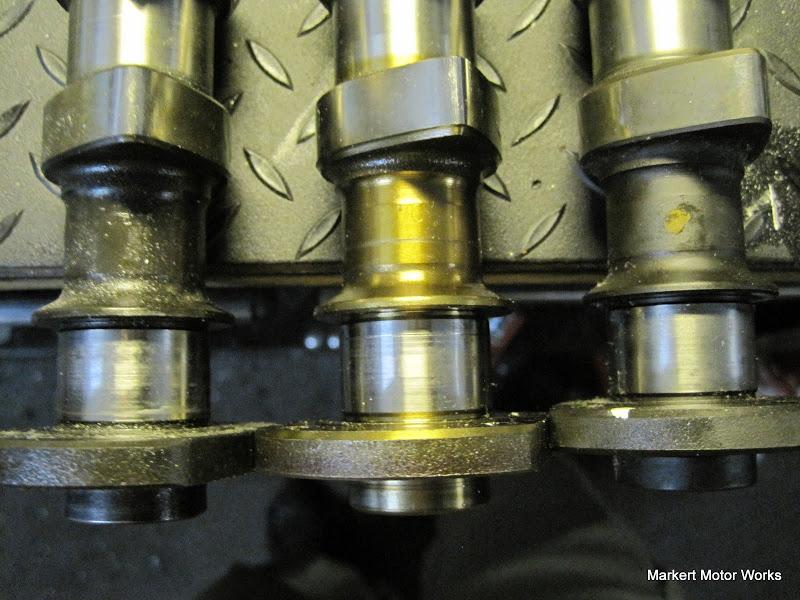 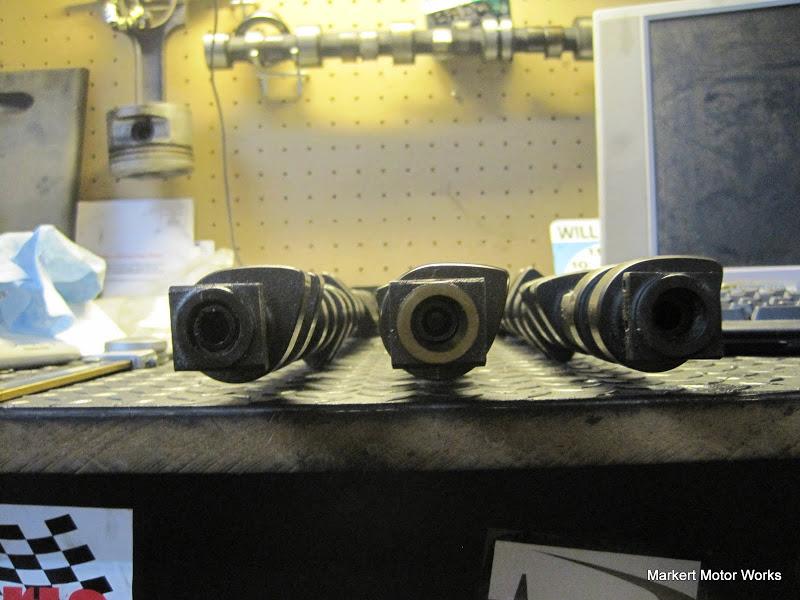 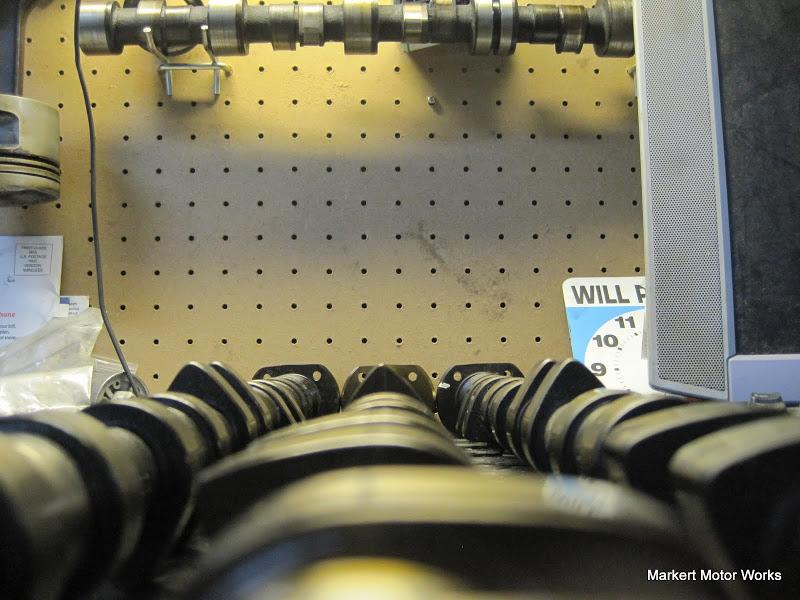 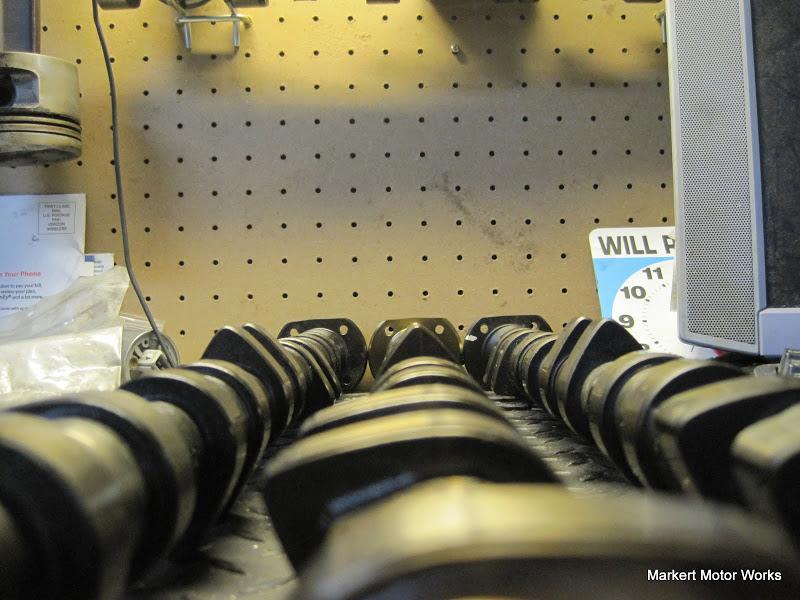 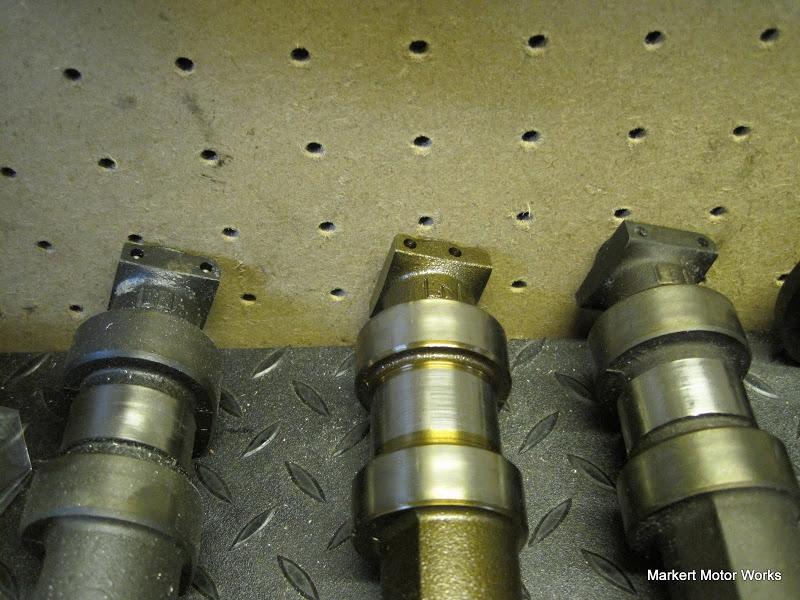 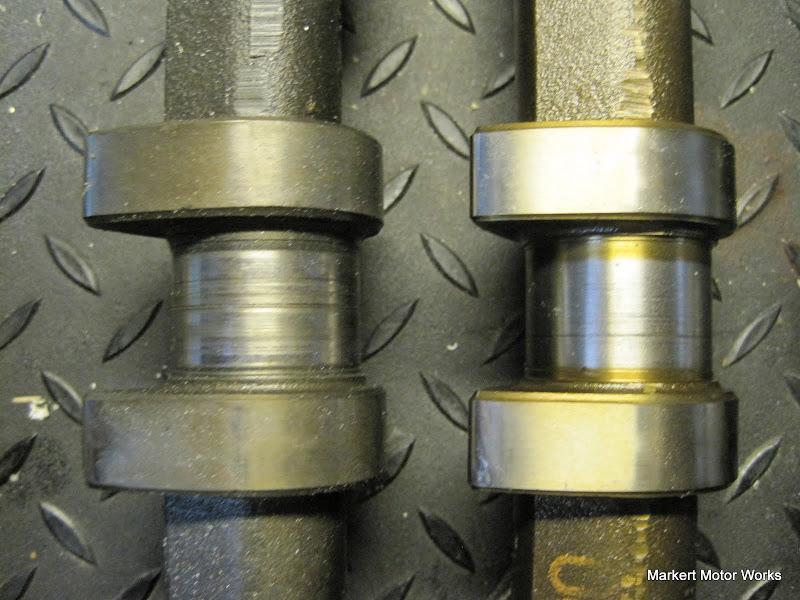 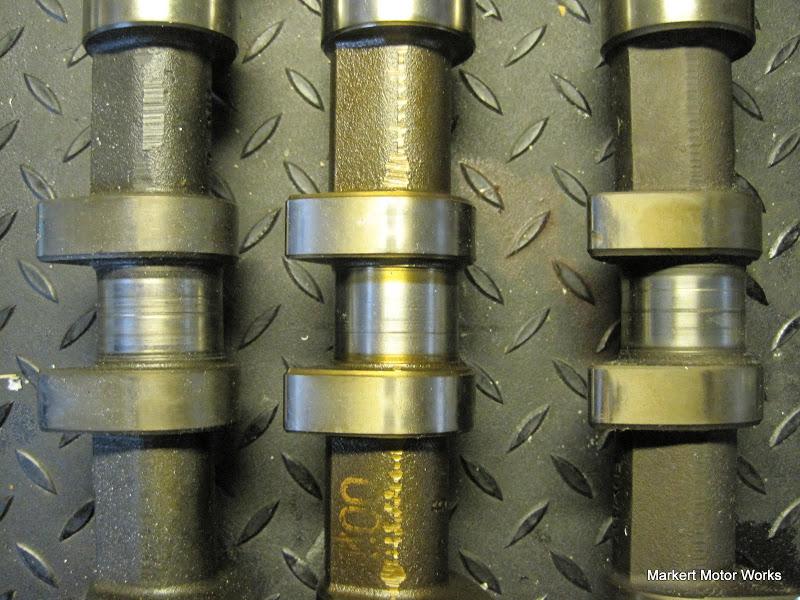 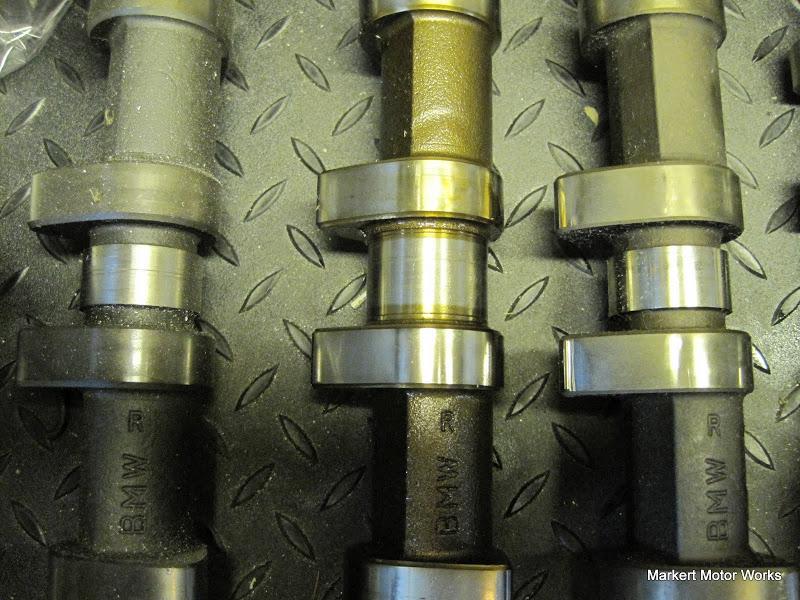 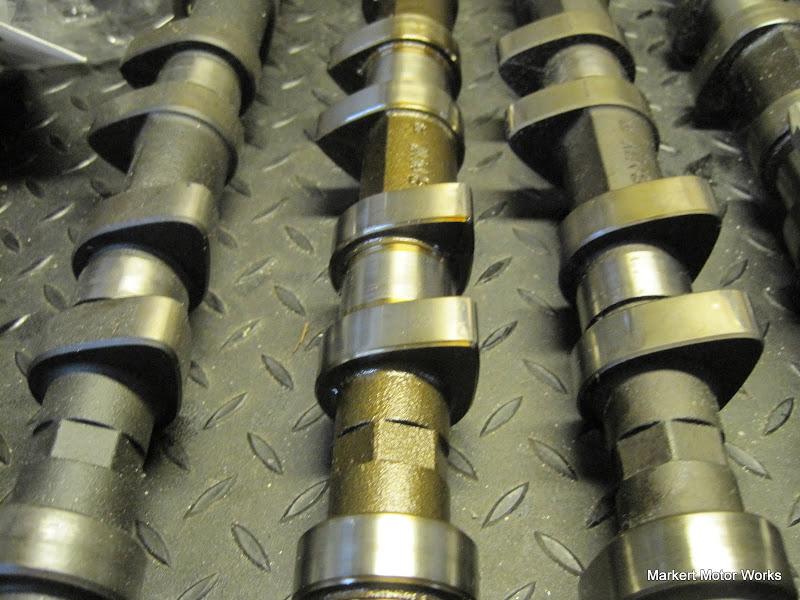 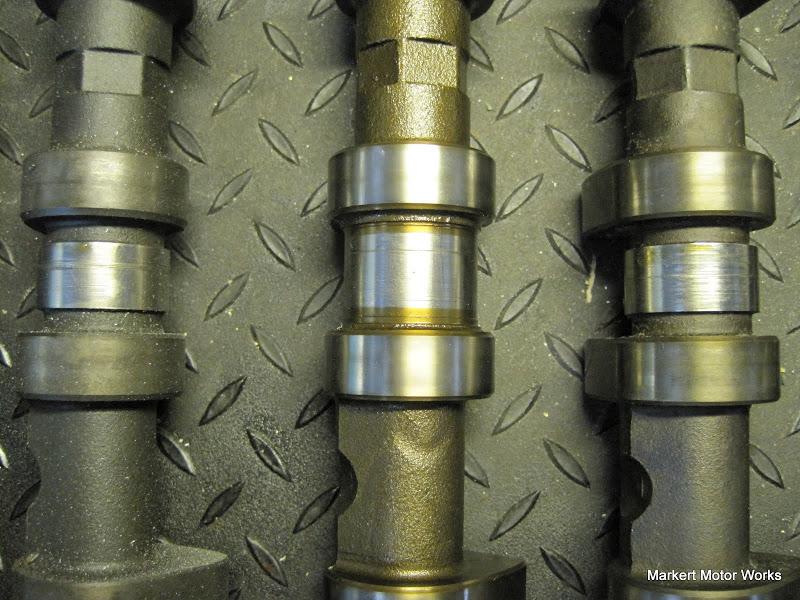 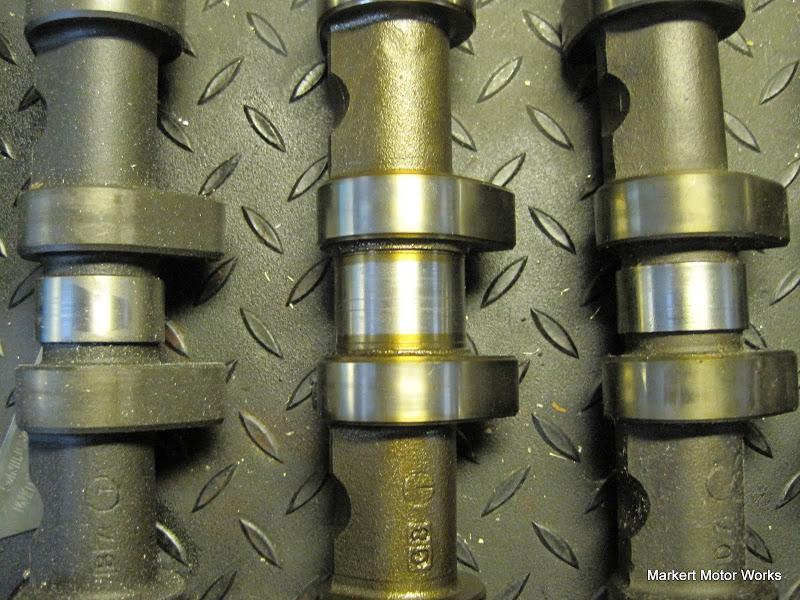 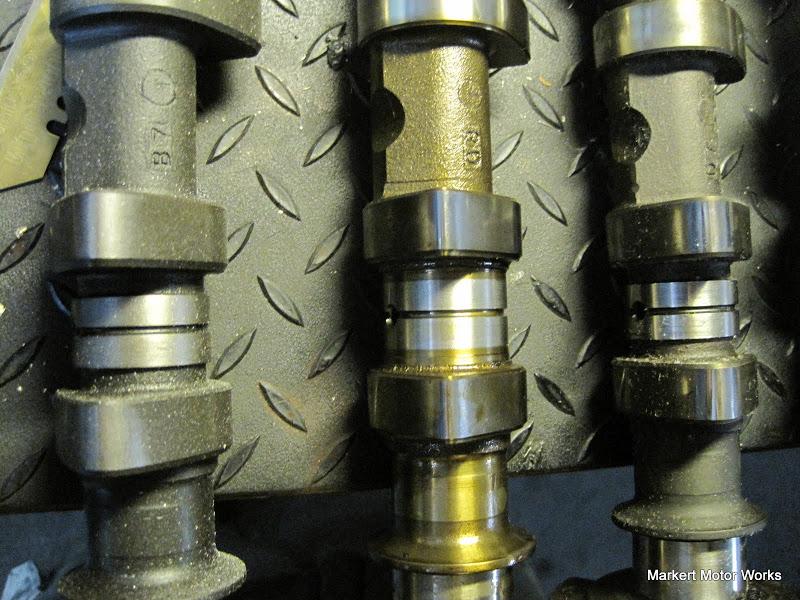 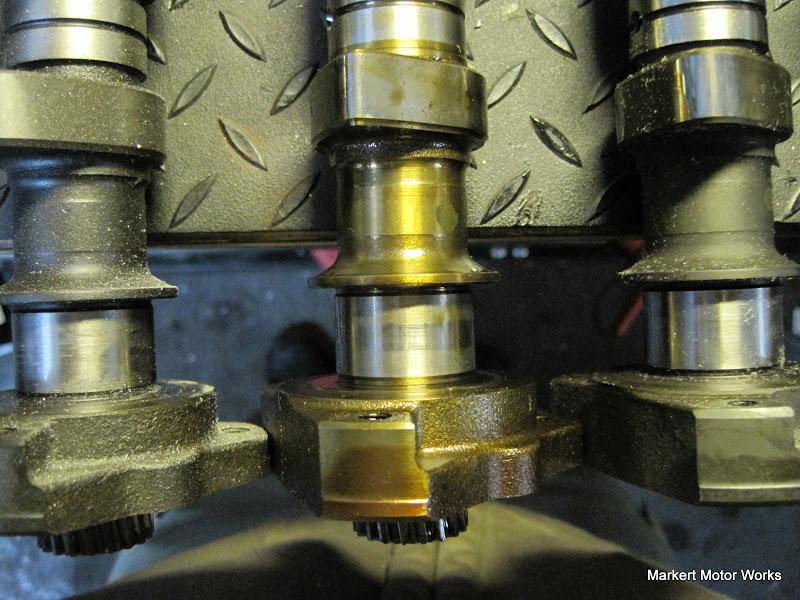 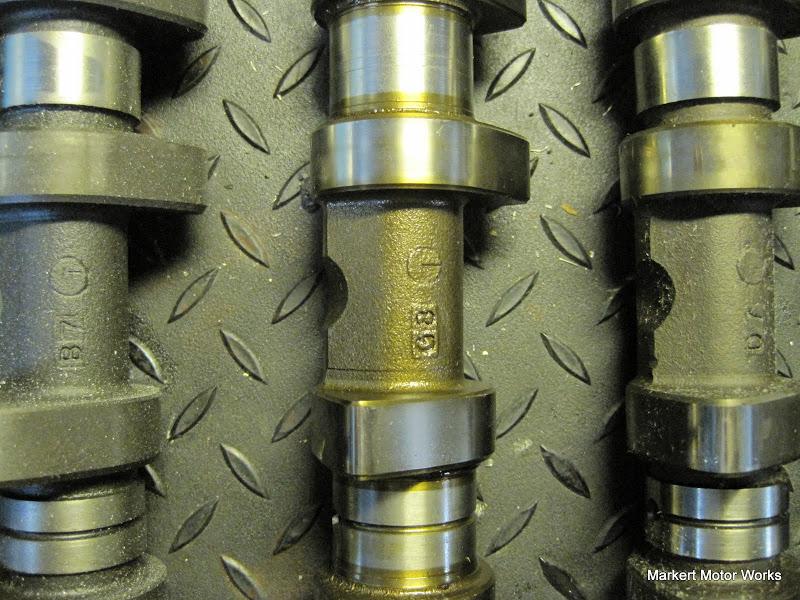 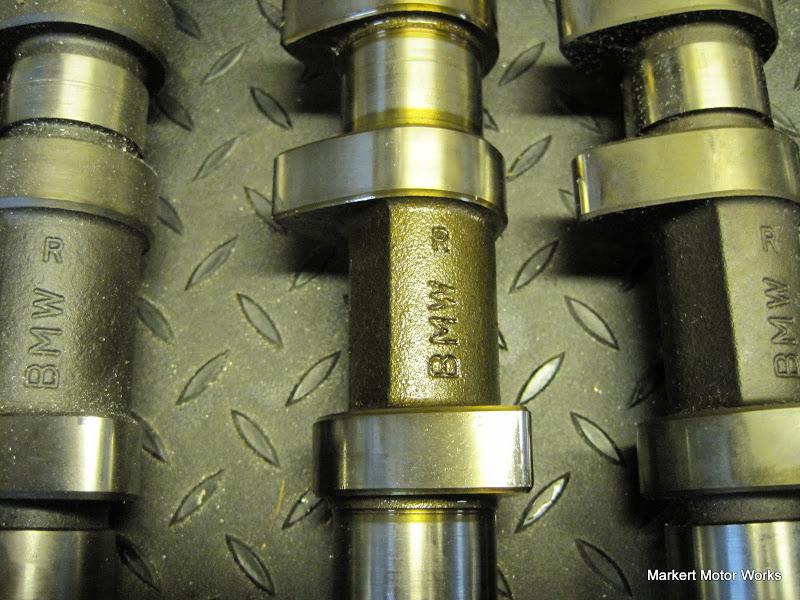 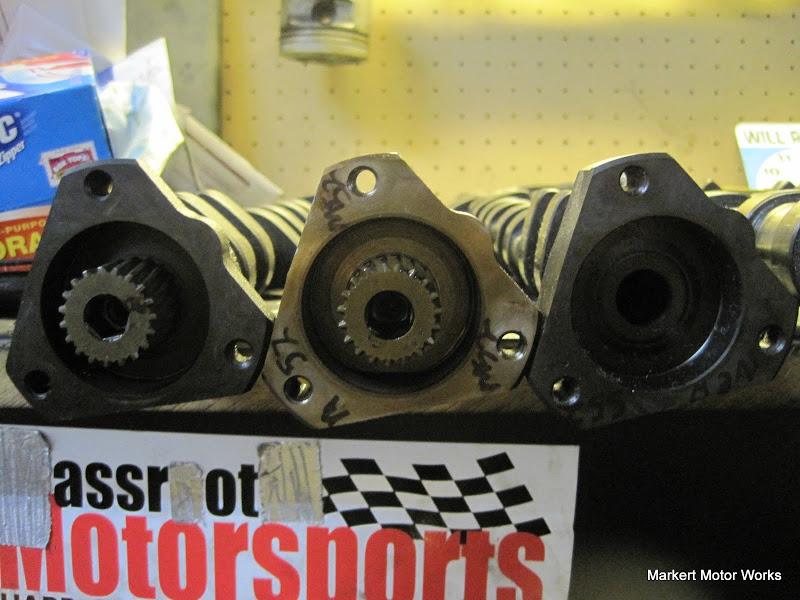 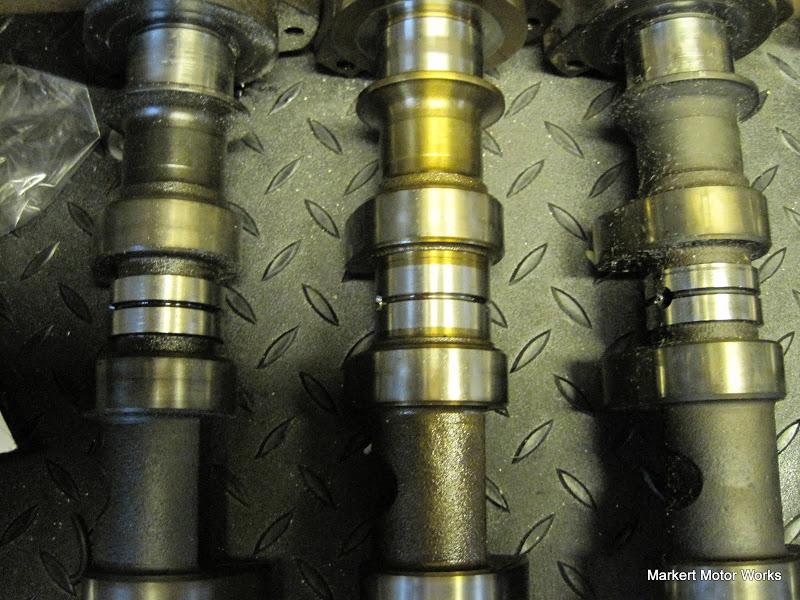 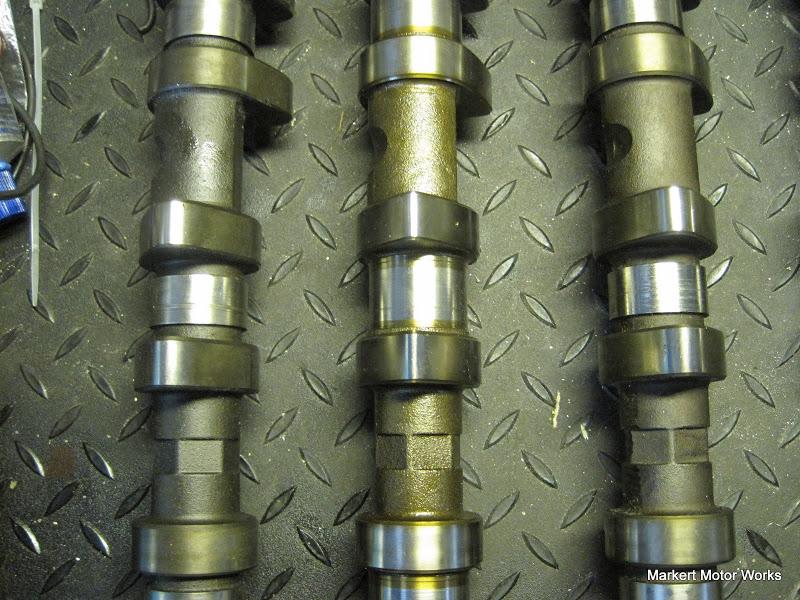 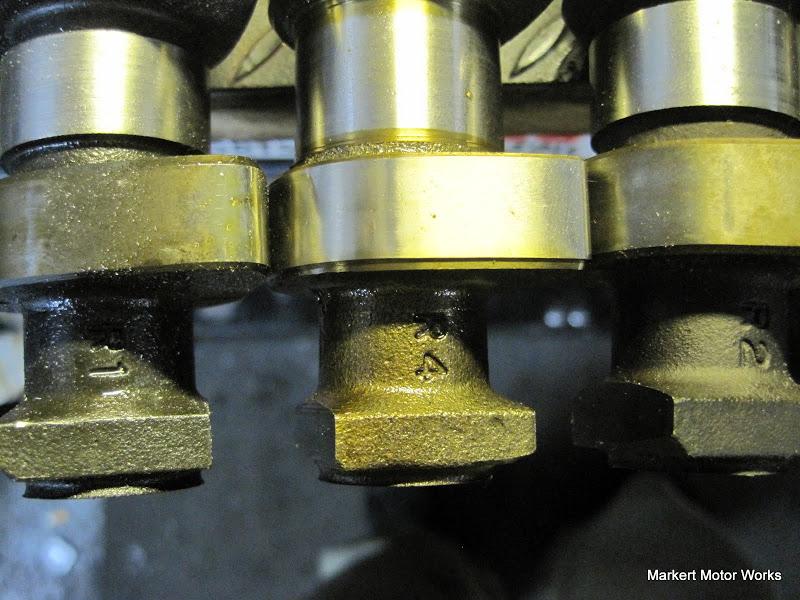 This is useful info!