Main Reasons to do this upgrade:

2. Due to the MUCH smaller footprint that the new style climate control uses in the radio/dash area cavity those looking to free up space for Navigation Retrofits, Dynavin and other wire-intensive double din projects will find lots more free space behind the dash with a new style control than the bulky older style.

3. It may add the Auto-Turn-On feature that the newer HVAC Climate Control have to your car. So when you enter the car the Climate Control will turn on by itself and automatically regulate the cabin temperature.

Having the buttons in vertical column layout make it easier to use and having the Auto and MAX AC/Recirculation buttons at the bottom and central location make pressing them while driving easier than having these buttons spaced apart in separate lateral locations.

At the end of the day either style may suit your needs and it may come down to opinions of taste so I'm only suggesting this as an upgrade for someone looking to facelift their old style control and/or looking to free up dash space behind the radio area since the new style climate control is much smaller in the back than the old one.

Those looking to fix, replace or upgrade older units can do so with simply buying a new style unit and plugging it in.

Comparing to old to the new style on E46 cars with the BMW Business CD53 Radios... 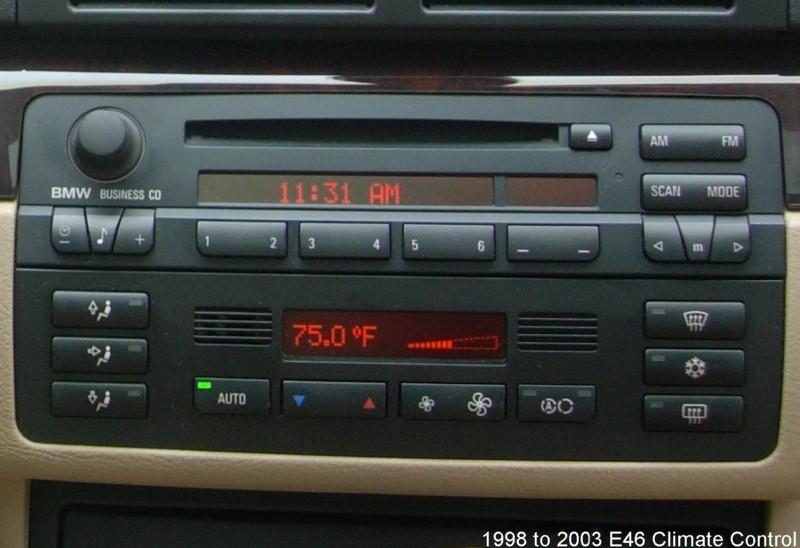 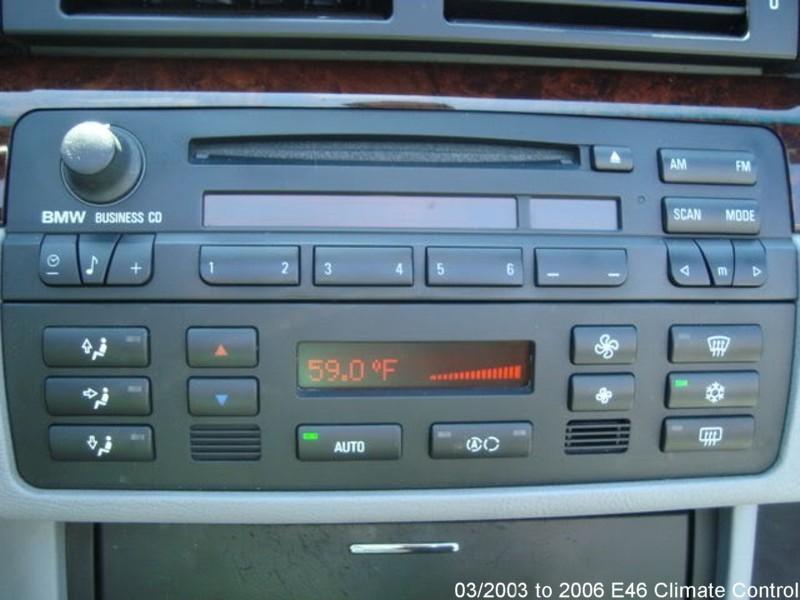 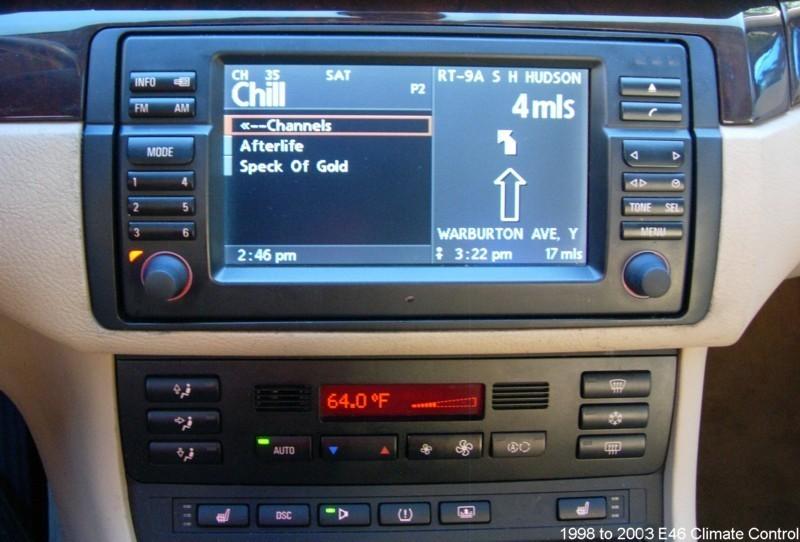 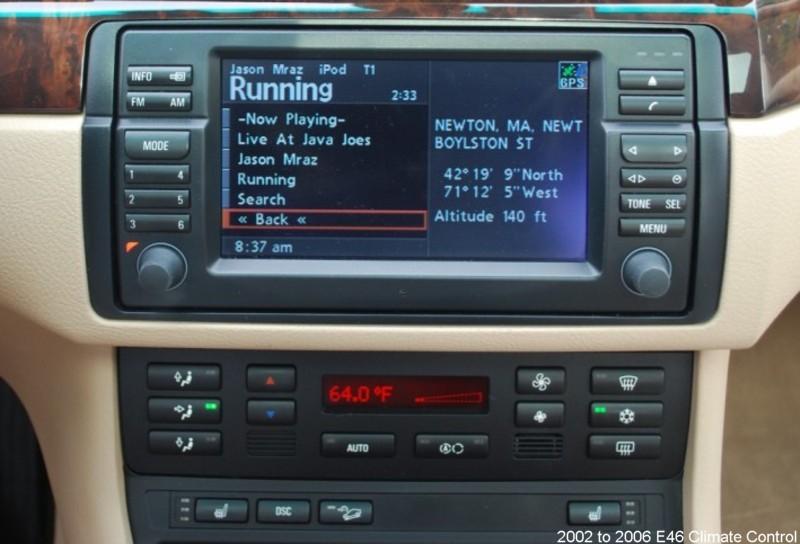 Below you see the dramatic difference in size between the units when removed from the car. Upgrading to the smaller newer unit may aide in those trying to install navigation or media screen units and are looking to free up space behind the console dash area. 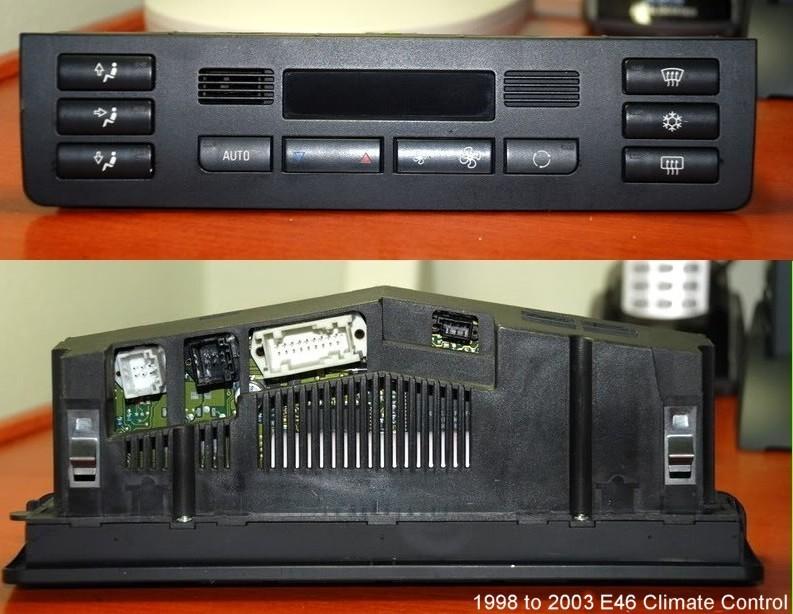 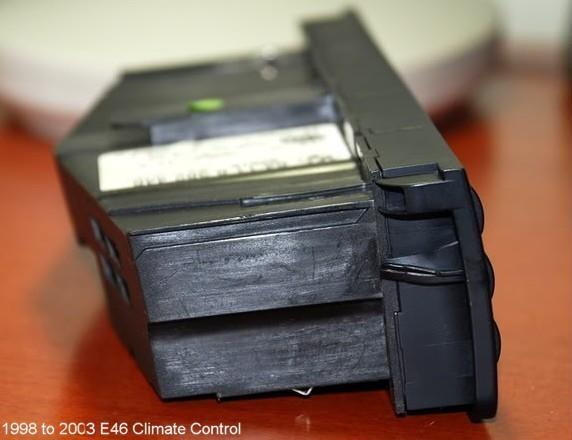 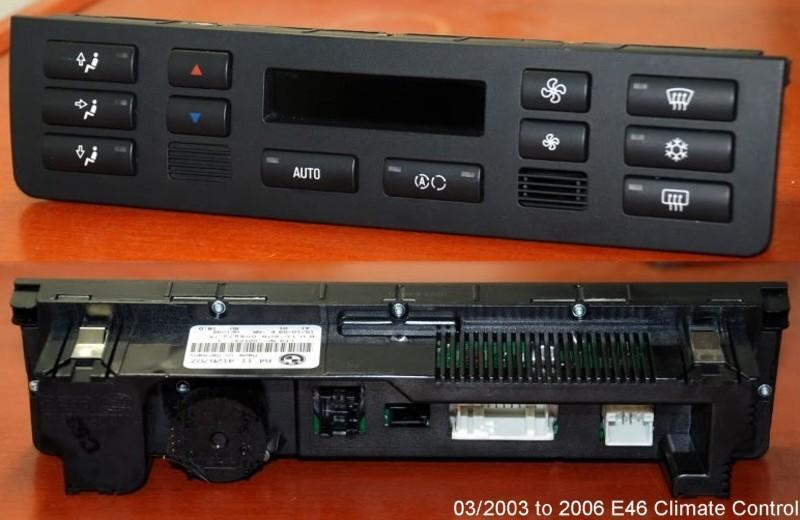 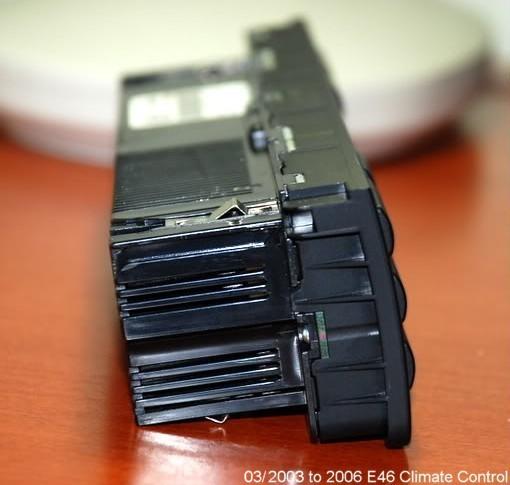 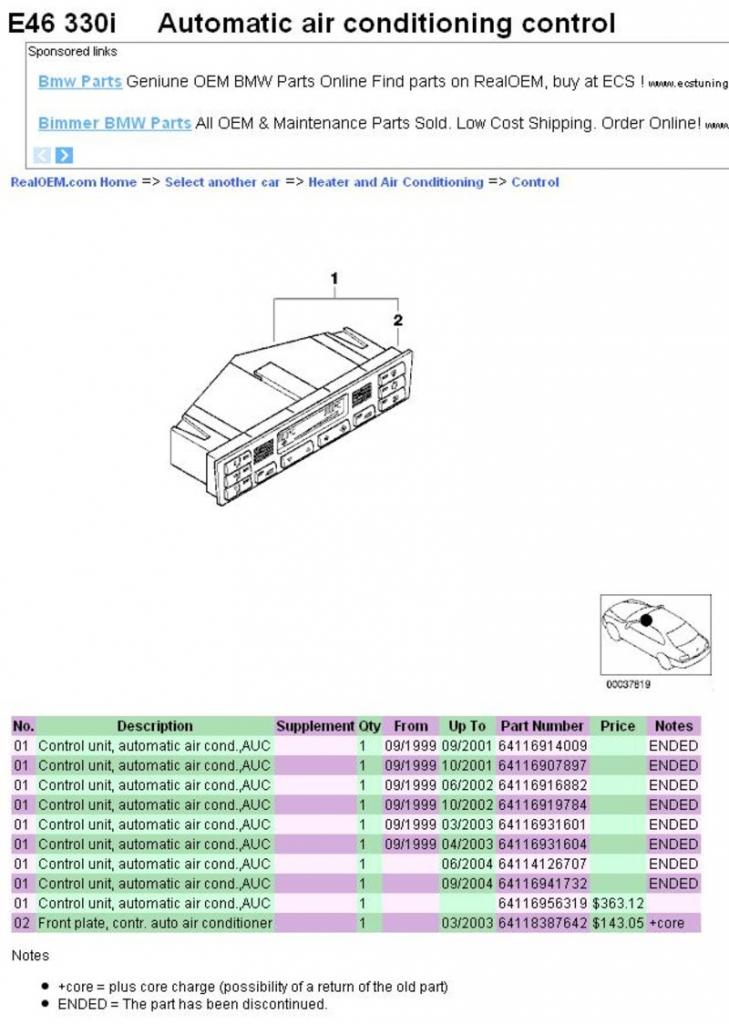