As part of my project of going over the whole car, I decided to polish the windshield. "Hey!" I thought, "This will be a lot easier if I take off the wipers first." So, I found my 16 mm socket and it was a piece o' cake to remove the arms.

Then it was time to put the wiper arms back on. Figuring there would be a proper torque to use, I pulled out the Bentley manual (http://www.bentleypublishers.com/bmw...ir-manual.html) and realized that this was going to be trickier than I thought. You have to put the wiper arms with the right distance from the base of the windshield (doh!), and there's this twist angle to pay attention to as well. There are special BMW tools to use that make the job easier and more accurate, but I didn't have them. 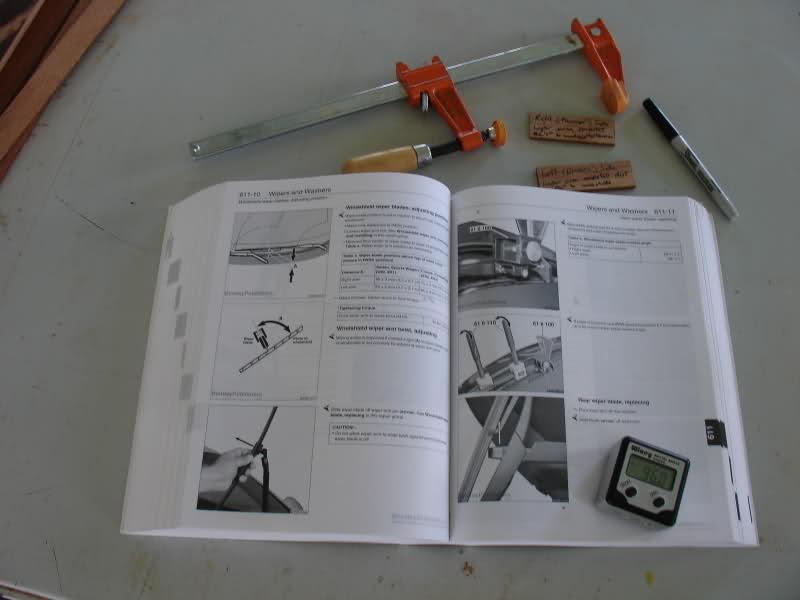 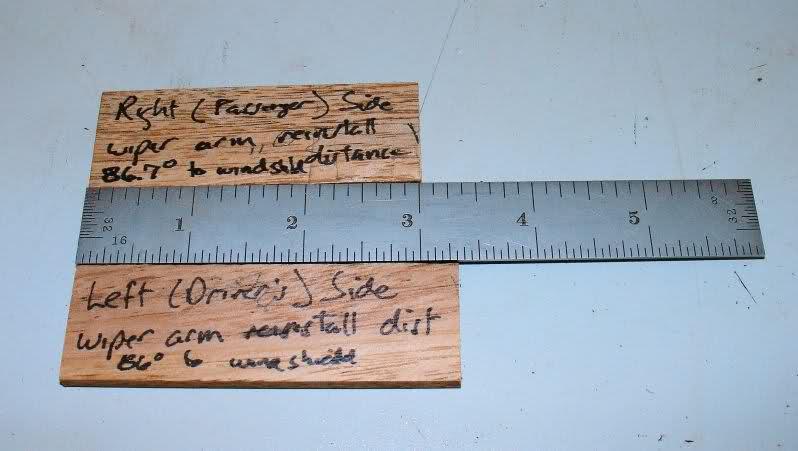 The pieces of wood helped to locate the wiper arm much easier than it would have been trying to use a ruler. 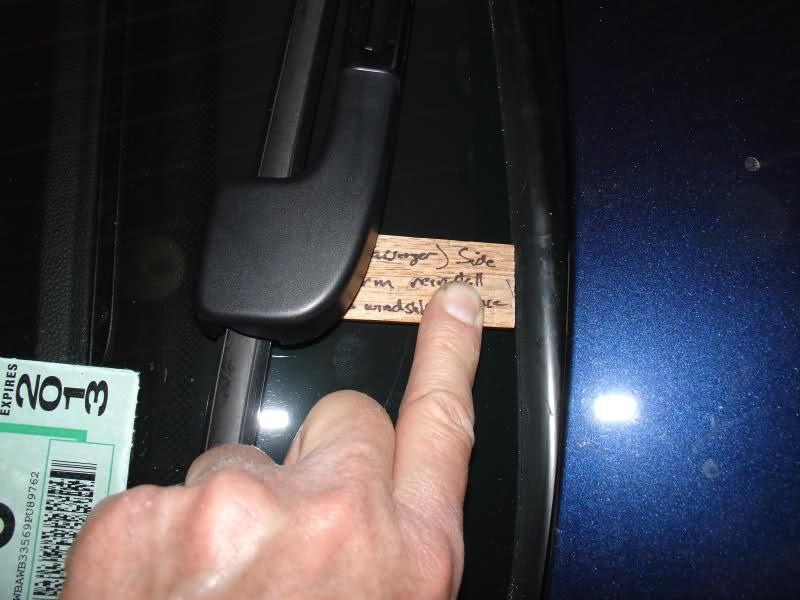 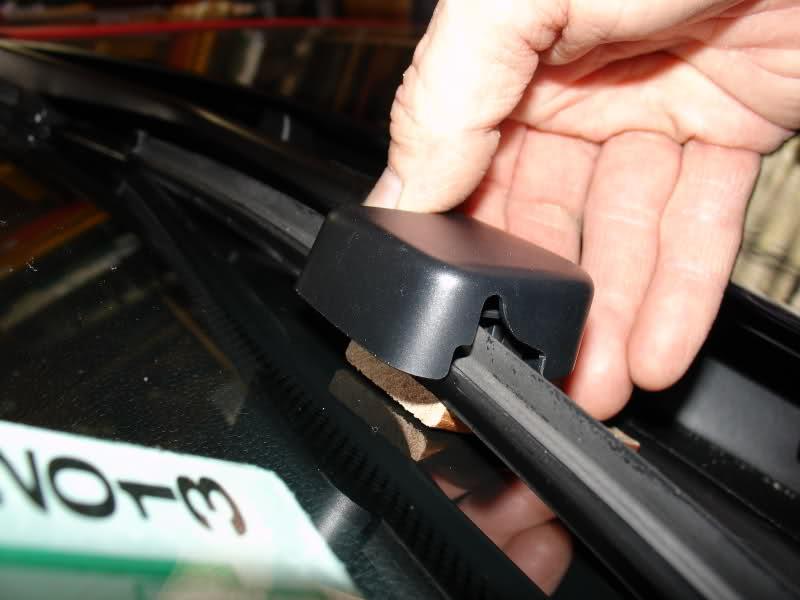 Having gotten the wiper blade arms back on correctly and torquing the nuts properly to 22 ft-lbs, I proceeded to violate one of my father's commandments (my biological father): "If it ain't broke, don't fix it." The wiper blade is supposed to be a bit closer than 90 degrees to the windshield... roughly 3 to 4 degrees closer. 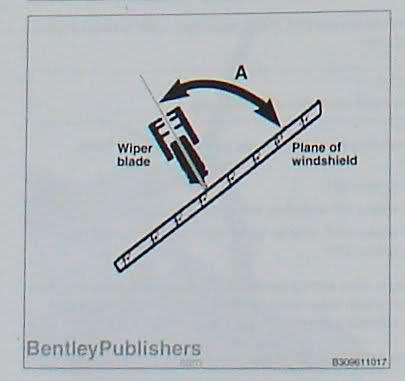 (If you don't own a Bentley manual and this thread interests you, you need to go and buy one. Even if you don't do any repairs yourself, the manual is full of interesting stuff... like details about the engines, the model years, and all the error codes.)

Though my wipers seemed to be functioning just fine, they were actually angled away from the windshield 2 to 3 degrees, thus being roughly 6 degrees out of spec. I decided to fix that.

I put my Wixey gage on the windshield and zeroed it out. (Even though it's at quite the incline, it now reads zero.) 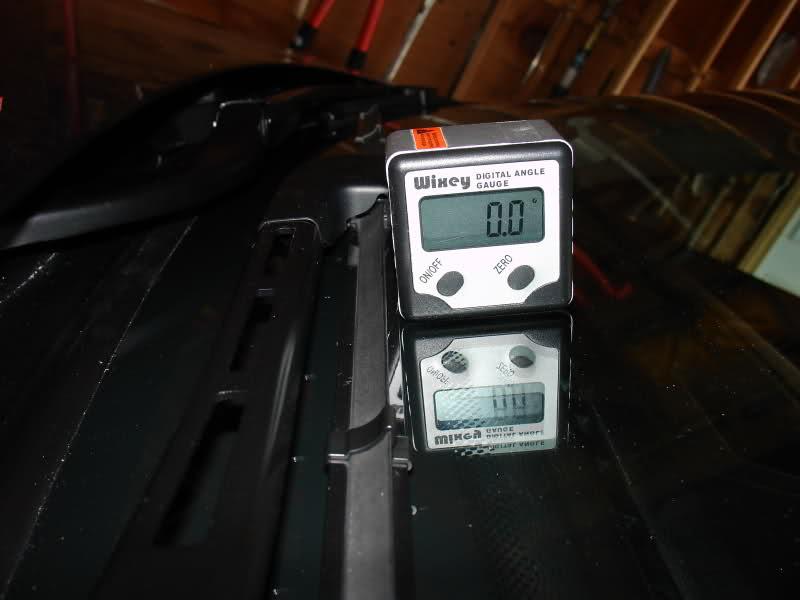 I then picked up the heel of the gauge to see what the arrow indicator would be when I tilted the gauge in towards the windshield. 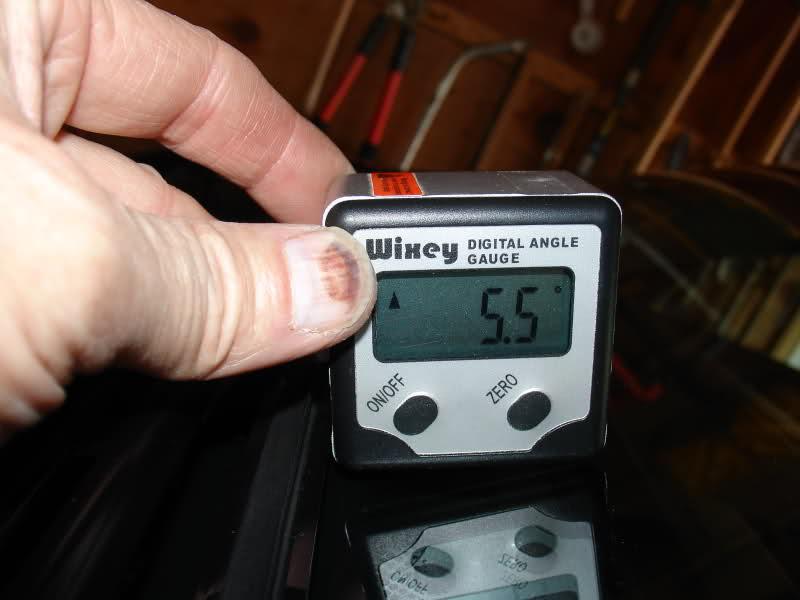 (Sorry about the disturbing status of my thumb nail... I hit it with a hammer a while back when I was putting up clapboard. Yes, it hurt. No, I didn't swear... well... not out loud.)

I then attached the F clamp. After fiddling around with little shims and whatnot, I eventually determined it was best to just attach the clamp directly and rely on the rubber pads to protect the wiper arms. You'll also want to use a rag or pad or something to protect your hood in case you fumble with the clamp. 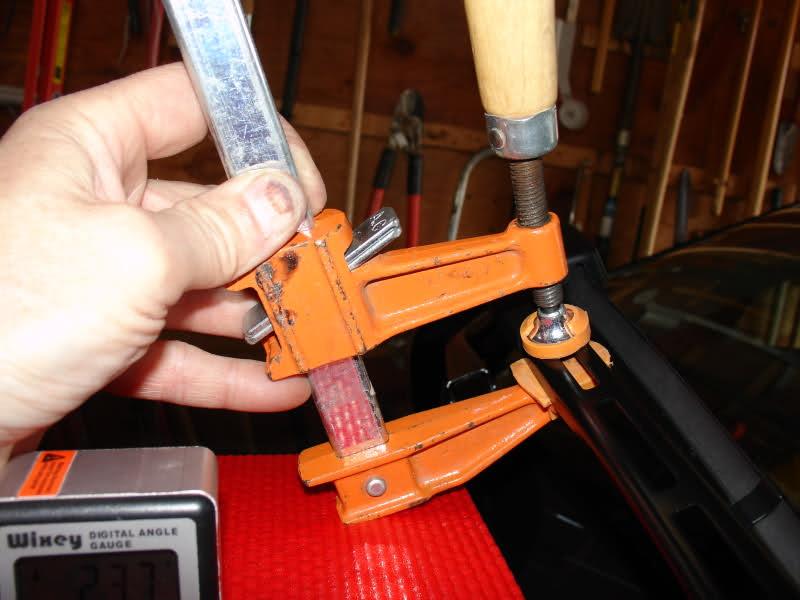 With the clamp attached, I went through cycles of twisting the wiper arm while holding the clamp for leverage, checking the angle, and twisting again. I don't know about you, but this sort of thing makes me nervous. Fortunately, it's not that expensive if you do screw things up and have to buy a new wiper arm altogether which I don't think is that likely, actually.

Eventually, I got close enough. The Bentley says the angle should be plus or minus 1 degree, so there's really quite a lot of tolerance to play with. (Actually, now that I'm writing this up and editing it, I realize I should have gone 1 degree more, lol. Oh well... I'll tweak it tomorrow. 'Should take me less than five minutes.) 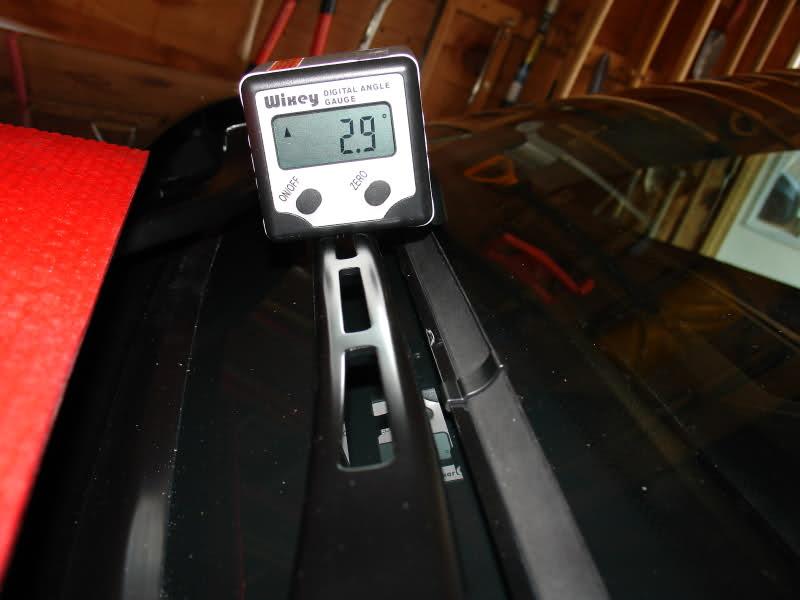 I've been detailing my car recently, so I haven't yet actually tried the whole business yet. I can't tell you if things are better or worse. And, frankly, after all the polishing, cleaning the blades, etc... if things are better, I won't know if adjusting the angle had anything to do with it. But, I like fine tuning things and this was easy to do.