First, let me acknowledge the thread I used to help me with my first oil change at home:

Here's my experience with my 328i coupe.

First I got the car up and level on jack stands.

Then I got under the car and located the door in the plastic shield underneath the car. 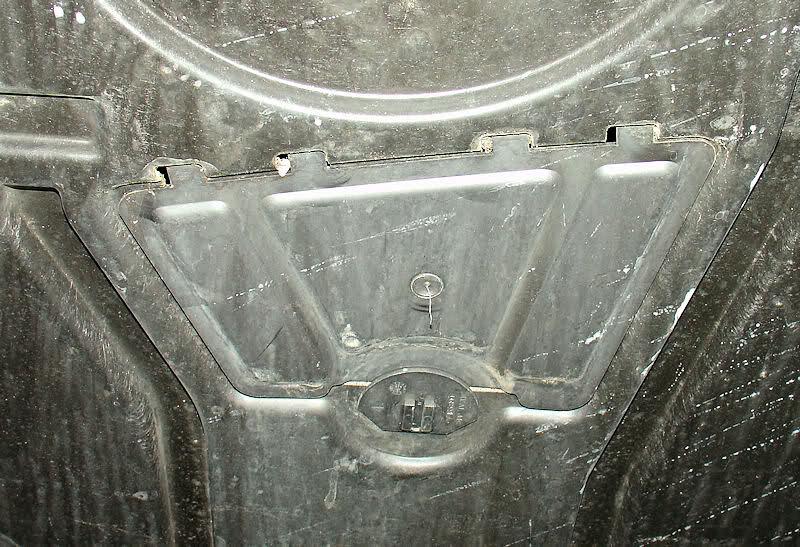 Using a quarter, you can turn the latch, open the door, and locate the oil plug. 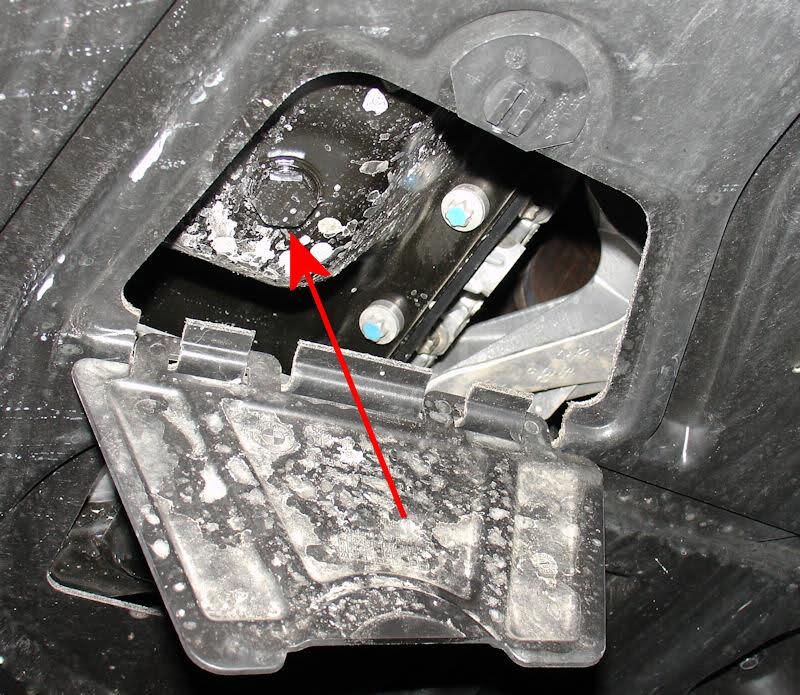 After reading other threads, i was expecting oil to not come out straight, to get inside the plastic shield, to splatter, to be ill behaved. But it wasn't. The plug was horizontal, I backed it out and the stream came straight down. 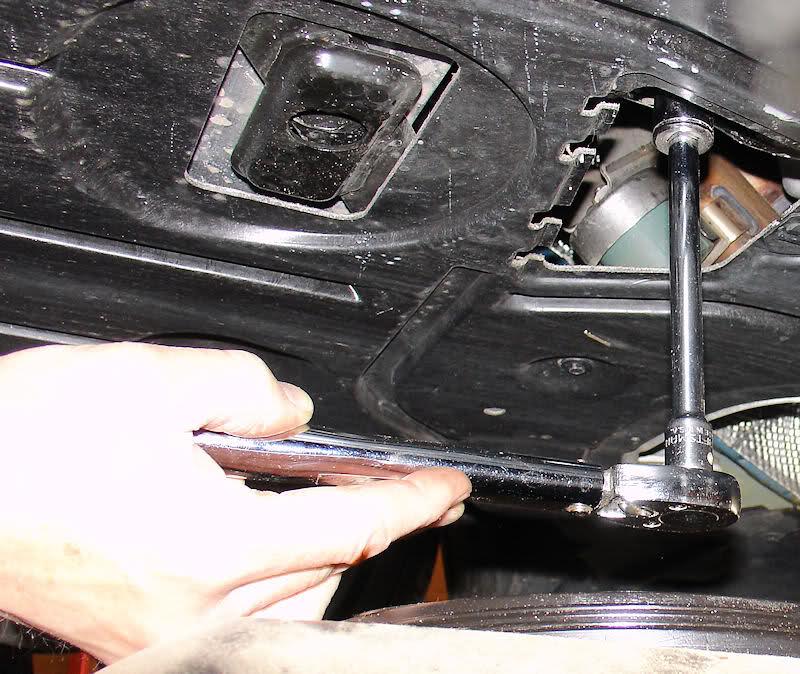 While the oil is draining, make sure that you got the brass or copper crush ring. Mine came off with the plug, but others have reported it stays stuck in the car or they've lost it. 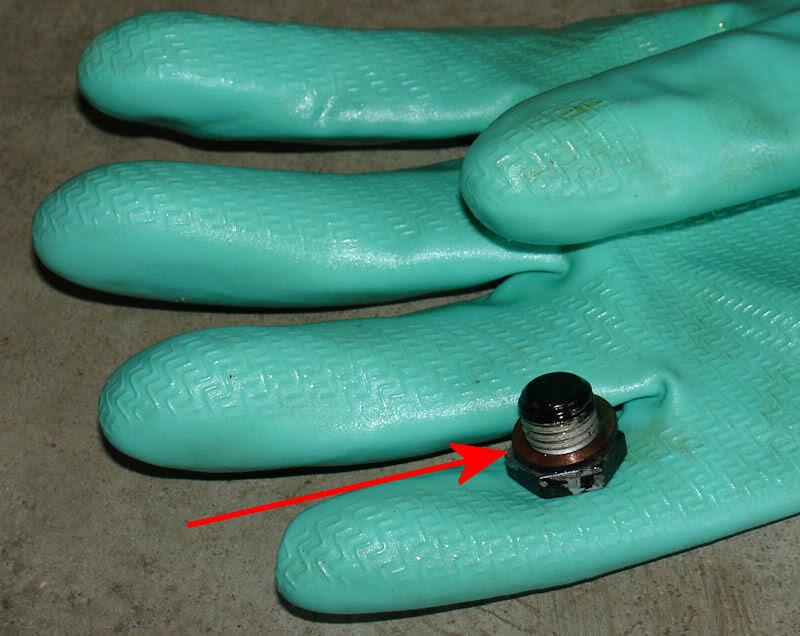 I got the Tischer kit that has the crush ring, the two O-rings, and, of course, the filter. 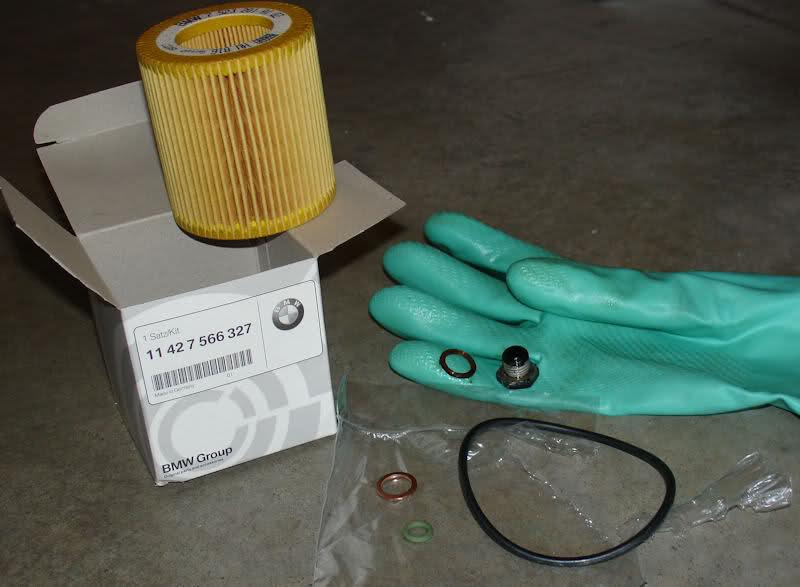 I also got the oil filter cap wrench.

After letting the oil drain a good long while, I put the new crush washer on the oil plug, replaced the plug, torqued it to 18 ft-lbs (which is not much), and then closed and latched the door. Be careful not to over-torque the plug. There are reports on the forum of people breaking these plugs off which pretty much wrecks their day.

I then opened the hood. Before you do anything, look for a small subtle dot between the cap over the filter and the housing. This should be all lined up. If it's not, somebody else fiddled with the cap and didn't put it back properly. Anyway, go ahead and loosen the cap and remove the oil filter. 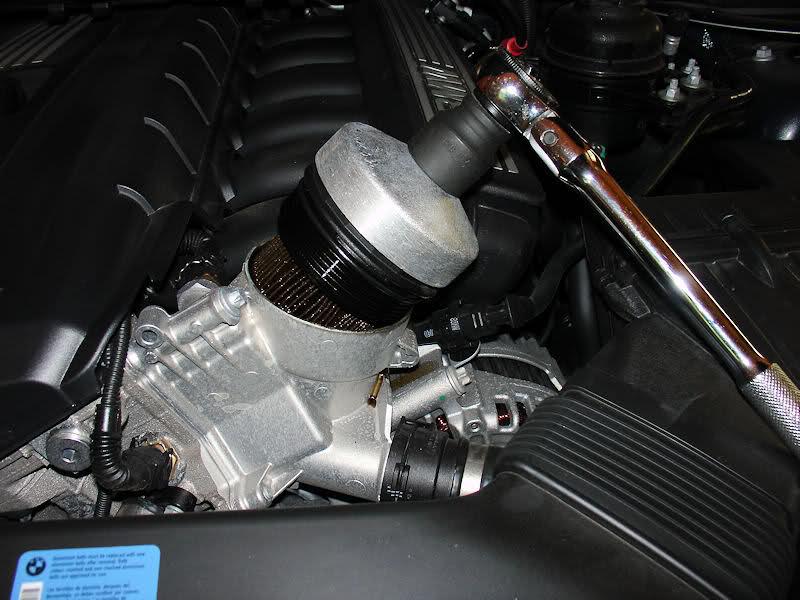 Before going further, be sure to pause and look at how and where the old O-rings are installed. People have reported putting the new, large, black O-ring back in the wrong place. 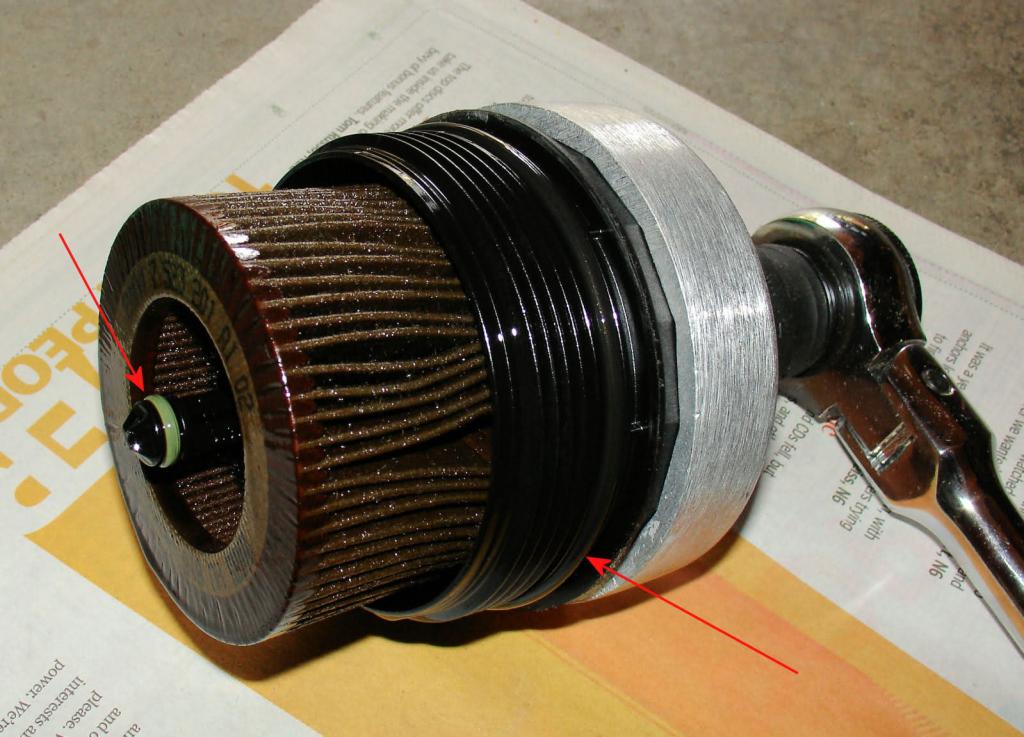 Remove the old stuff and put on the new stuff. People report having problems getting the small O-ring off and I had a bit of difficulty too. I tried doing what other people have done, but in the end, I used a needle-nosed pliers and it worked great. Of course, you need to be careful not to scar the plastic or the new O-ring may not seat properly. 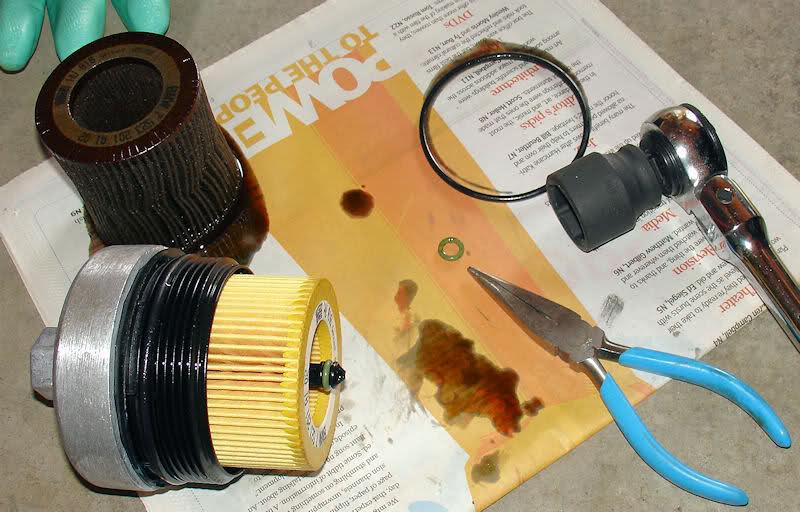 Replace the cap and screw it down hard enough to line up the dots. If you have no dots to guide you, you can torque it back to 18 ft-lbs too, I've read.

I used the BMW oil from Tischer. 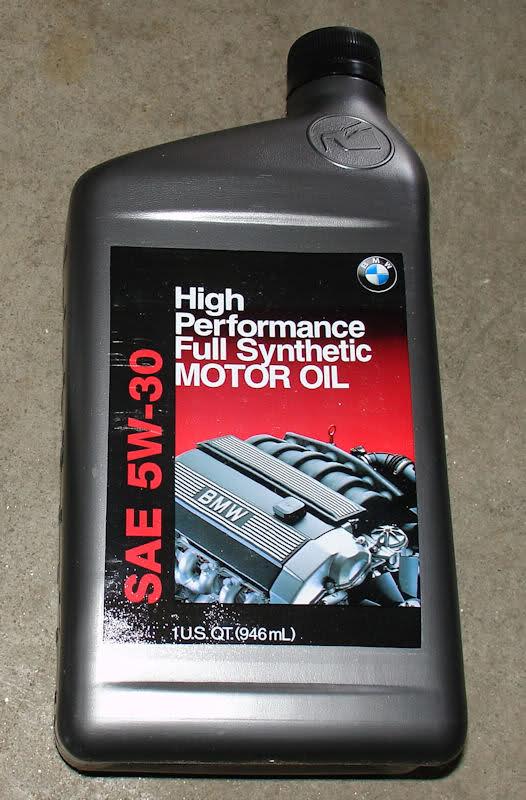 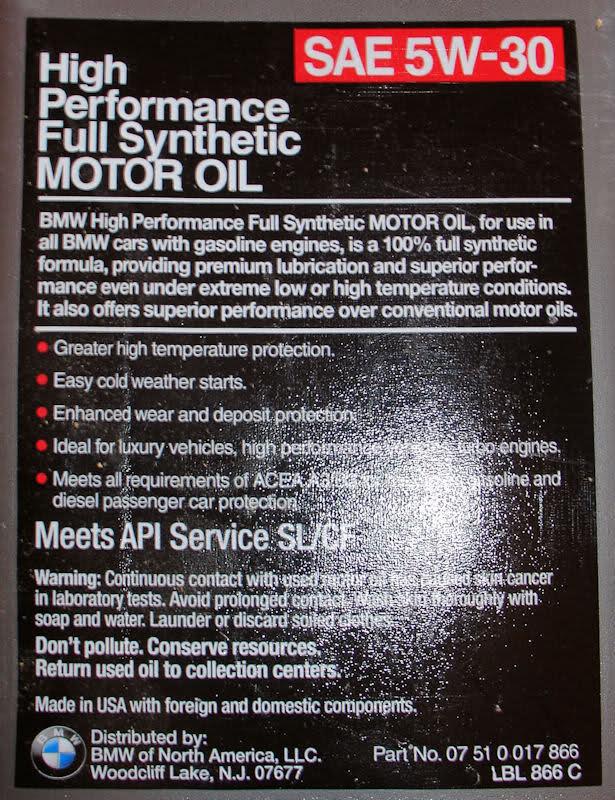 I put in only six of the seven quarts, got the car off the stands, ran the car and checked the oil level. It was fine with only the six quarts. Every place I read about it, folks say it's just fine if the oil gauge doesn't read the maximum amount, but it's bad to overfill.