Replacing the engine air filter on a 328

I've been working over the car recently and thought I'd quickly replace the engine air filter after work today. For a newbie like me, it turned out to be a bit more involved than I expected, so I thought I'd put together another DIY. (No reason for all the DIYs to be over at e90post, eh?)

And I shouldn't have to say this, but you follow these directions at your own risk. I'm not a mechanic, I may have something wrong here, and if you don't get everything back together correctly, unflitered air could get to your engine and that could be disastrous.

So... our engine filter sits inside this large, strangely shaped, plastic box. 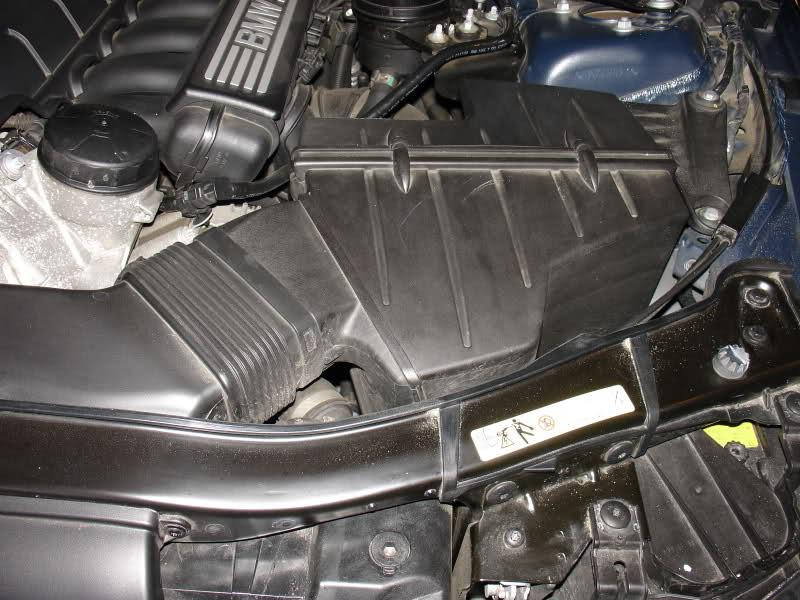 That whole box has to come out of the engine bay and opened up to get at the filter. So the first step is to separate the plastic pipe coming from the kidney grill area. This can be done easily by hand... it's just a couple of tabs to pull back and then the thing slides apart. 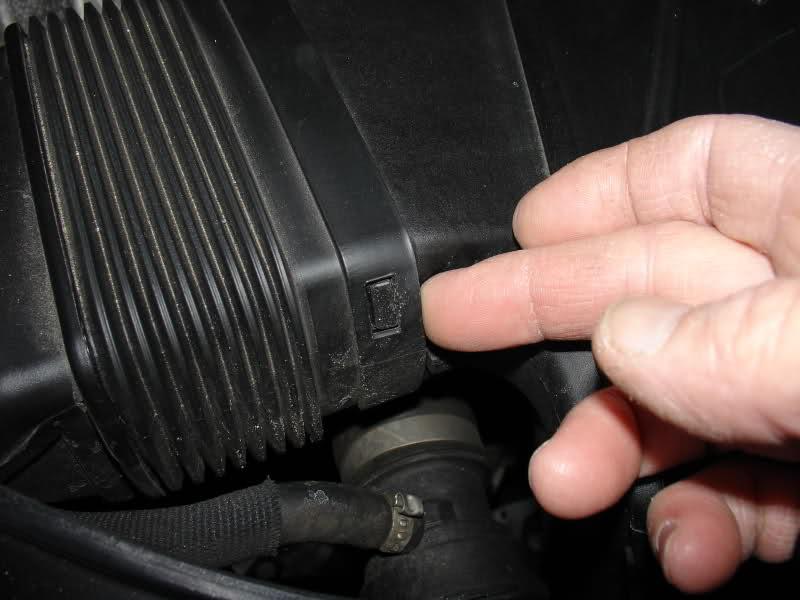 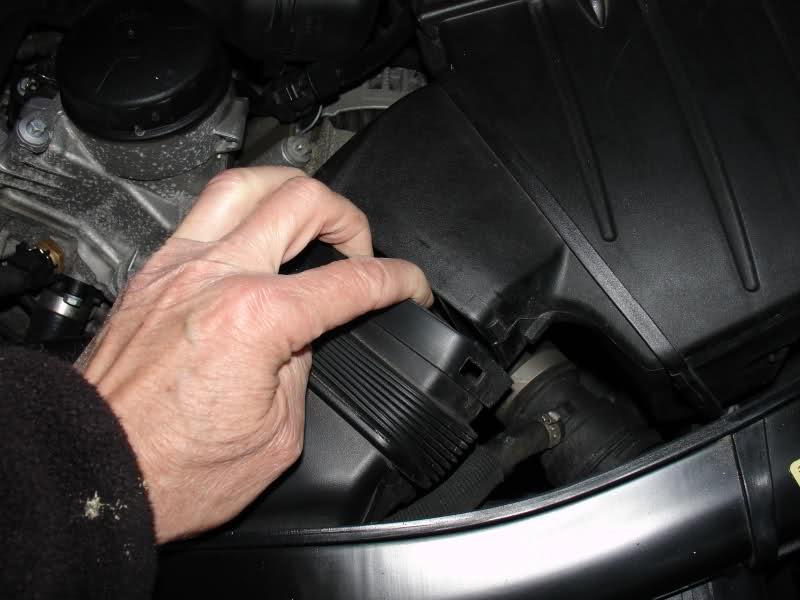 Next, behind the box, there's the pipe that carries the filtered air to the engine and an electronic sensor. 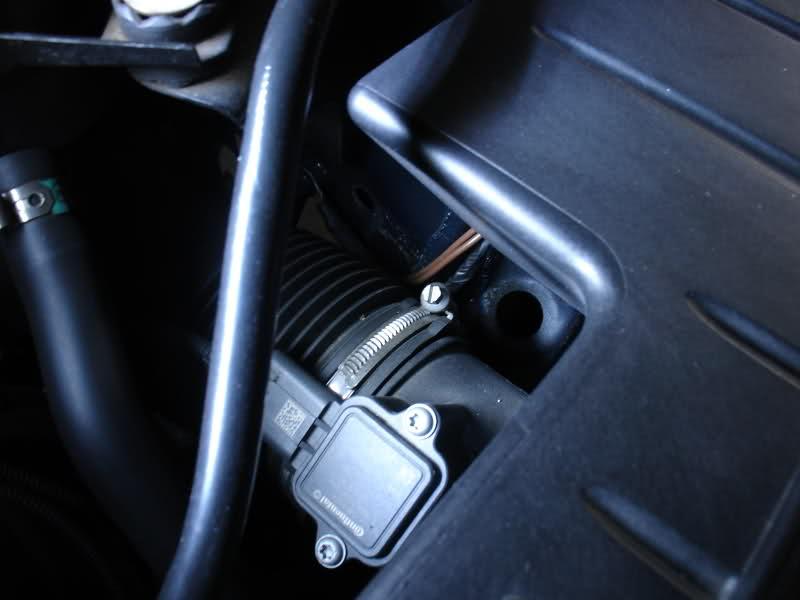 The box has to be separated here, so you have to unplug the sensor. 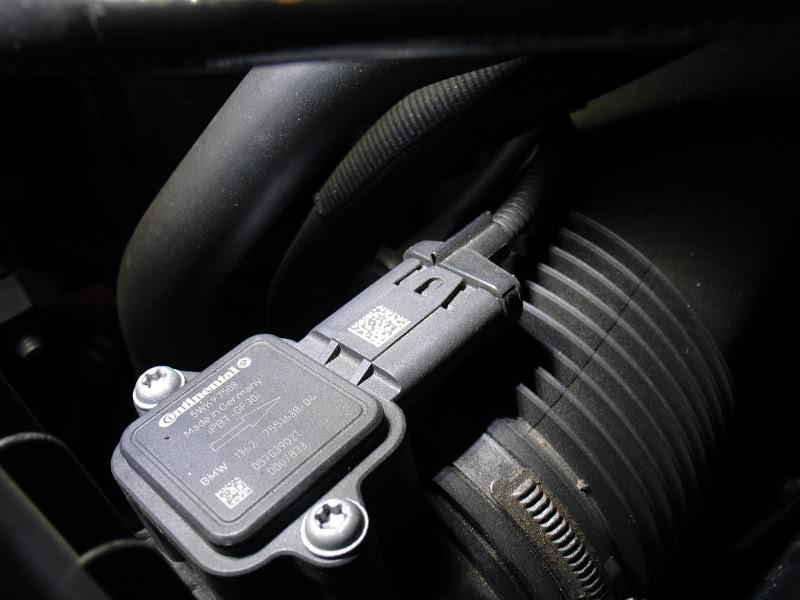 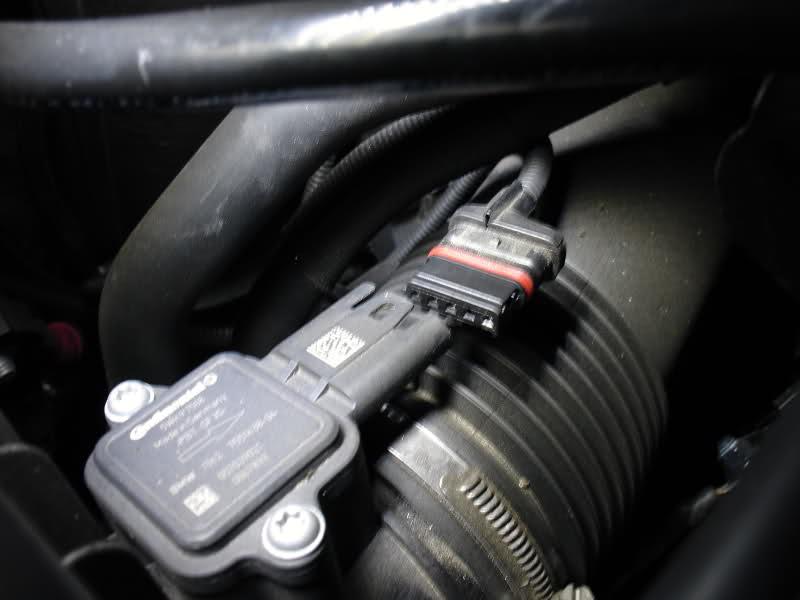 Then you loosen the hose clamp and work the pipe away from the box. There's not much space to get your hands in there, so it's a bit tricky.

There are then two bolts (probably more correctly called a hex head cap screws) to remove with a 10 mm wrench or socket. 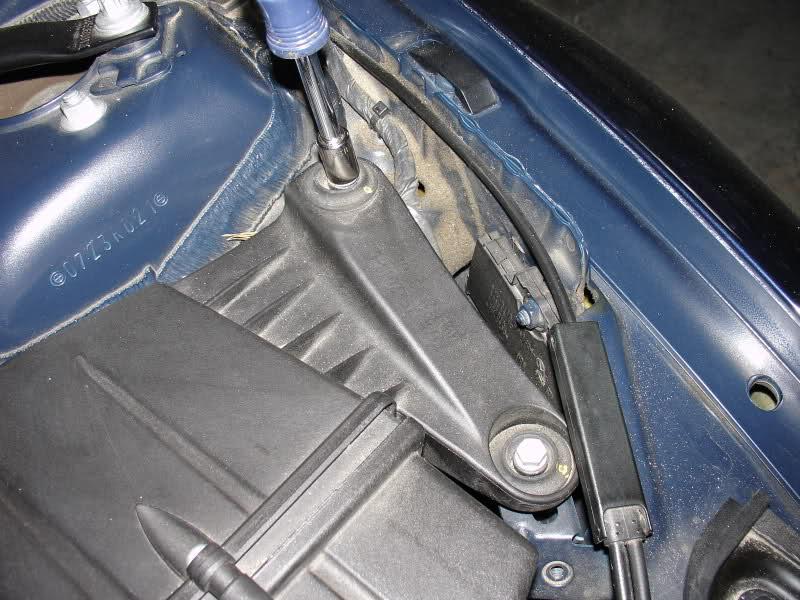 Then the whole thing lifts out of the bay. 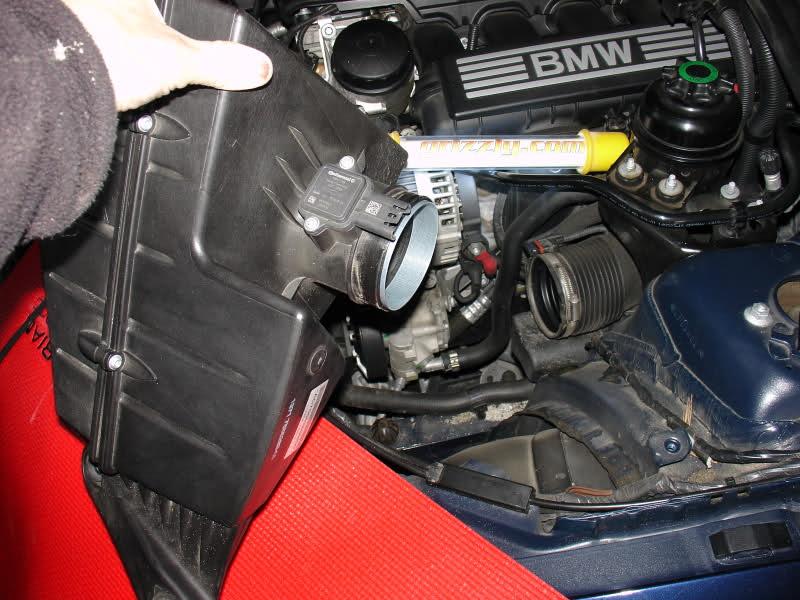 The box halves are held together with six T25 torx screws. 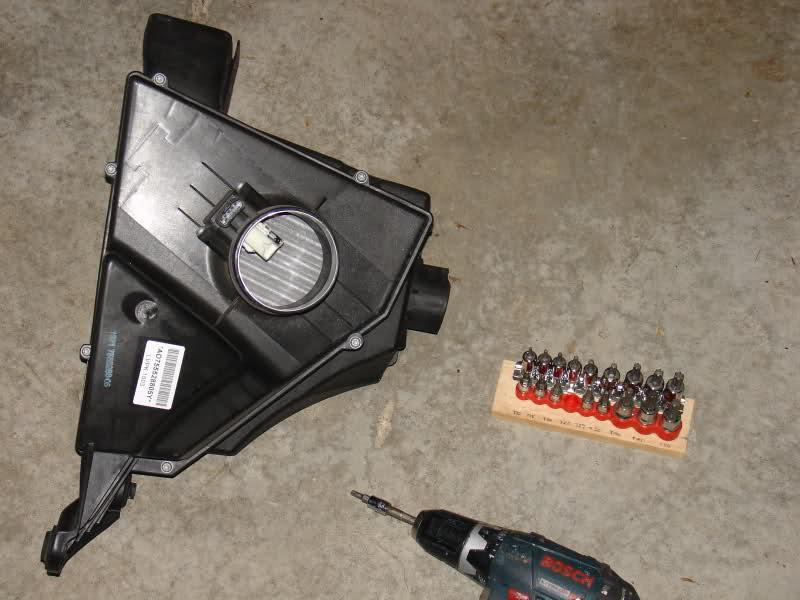 I backed mine out all the way, but after doing so, I realized that was overkill. They're designed to stay captive in one of the filter box halves. (No biggie.) Once backed out, the two halves of the box come apart, and there's the filter. 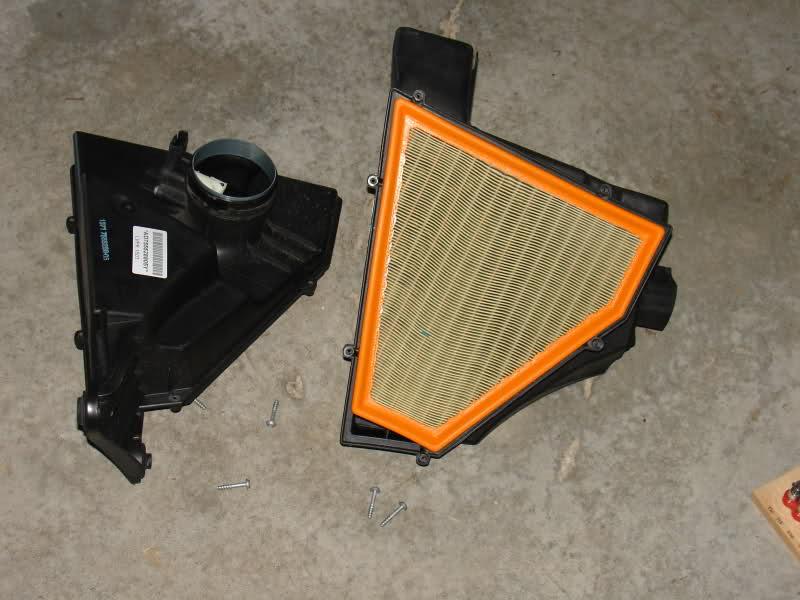 I replaced the filter with a Mann OEM filter. (I'm no fan of after market specialty filters and the claims that go with them.) Prices don't vary much from place to place. I got mine from AutoHaus. 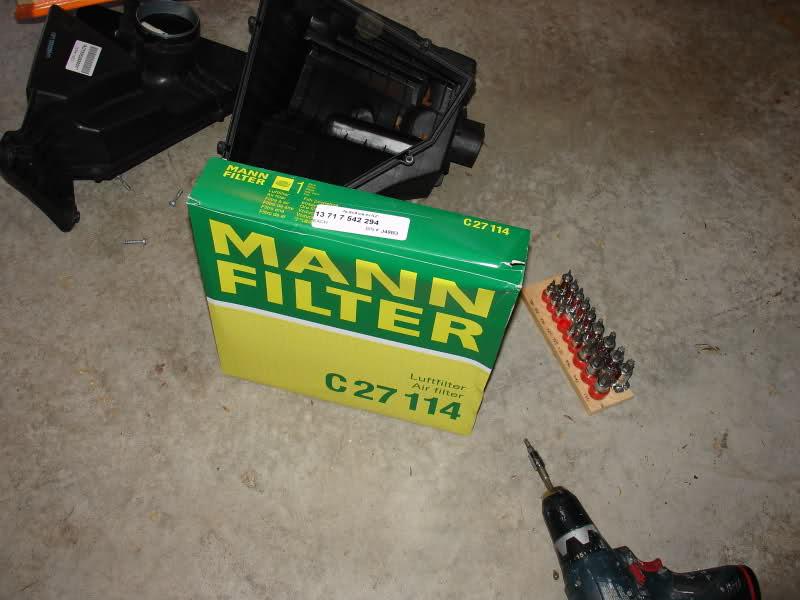 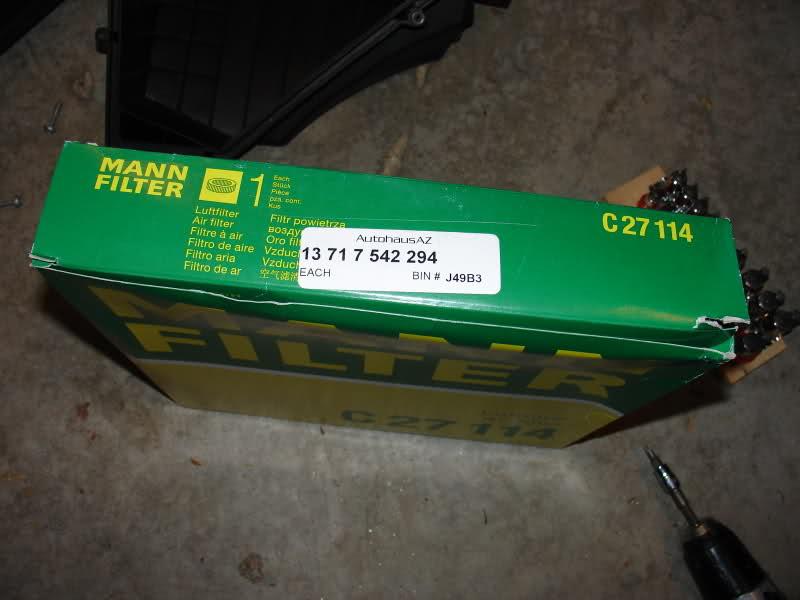 I thought my old filter looked pretty good. I bet I could have gotten by quite a bit longer without replacing it. But, you put the two filters side-by-side and you can definitely see some dirt there. 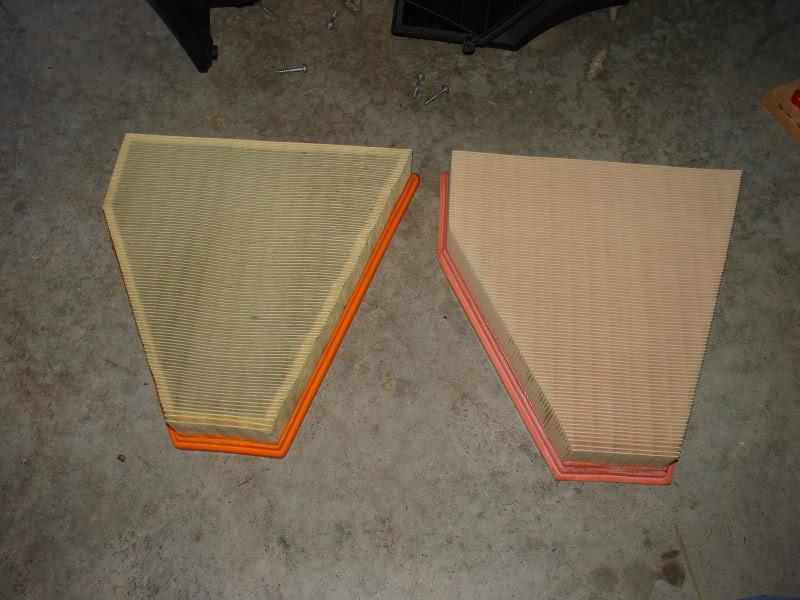 When putting things back together, you have to be careful to properly seat the soft orange rubber flange into the groove in the filter box. The rubber's so soft, you have to work it in bit by bit. 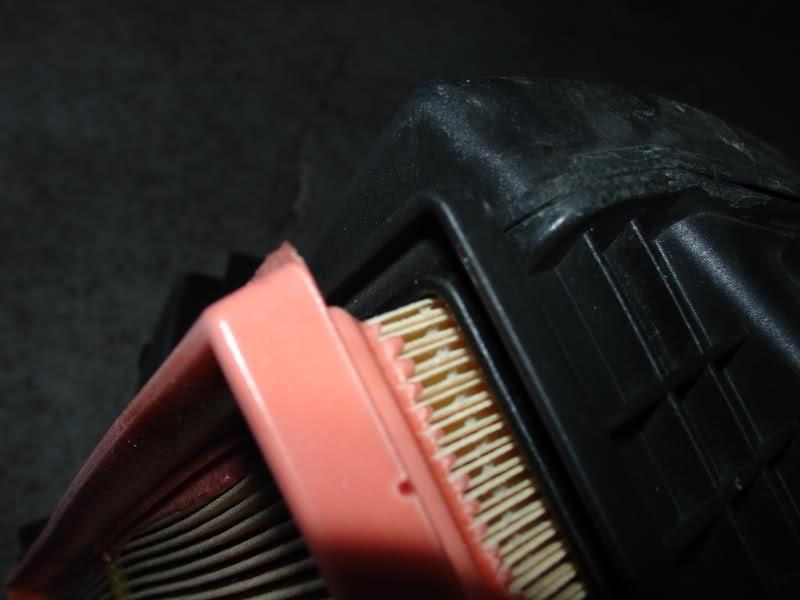 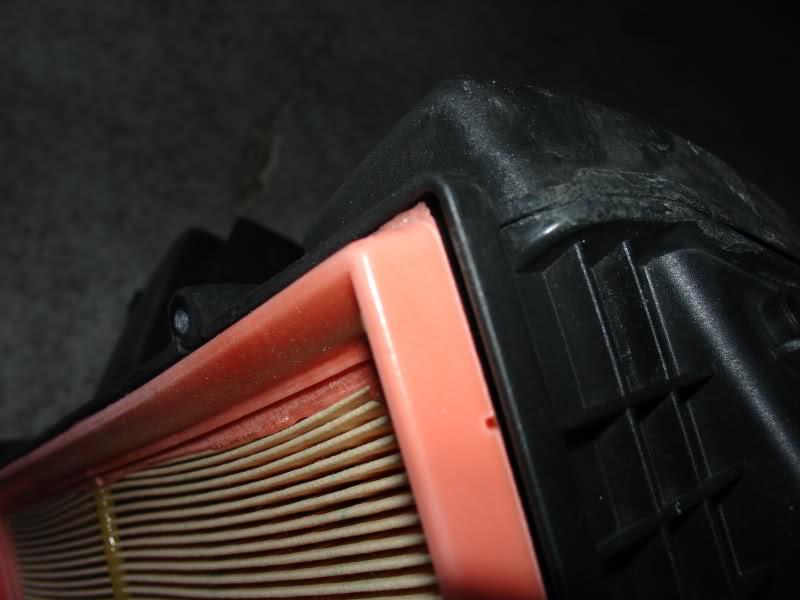 Then, when you put the housing back together, don't tighten down one screw all the way and then go on to the next. I suggest you go around from screw to screw gradually tightening them bit by bit to clamp the box halves together gradually and evenly.

Once the box is back together, you reverse the steps. I still have a couple of notes. The sensor plugs in easily but I had a bit of trouble getting the hose from the filter to the engine back together. Of course, if this isn't properly fitted and clamped together, you could inadvertently bypass the filter and that could be very, very bad. The space is tight and you can't see all the way around, so I ran my finger along the edges and felt all the way around to make sure things were fully seated. I loosened the hose clamp a lot too... probably too much. When putting the hose clamp back in place, note that there are some plastic nibs to hold the screw part of the hose clamp in the right place. 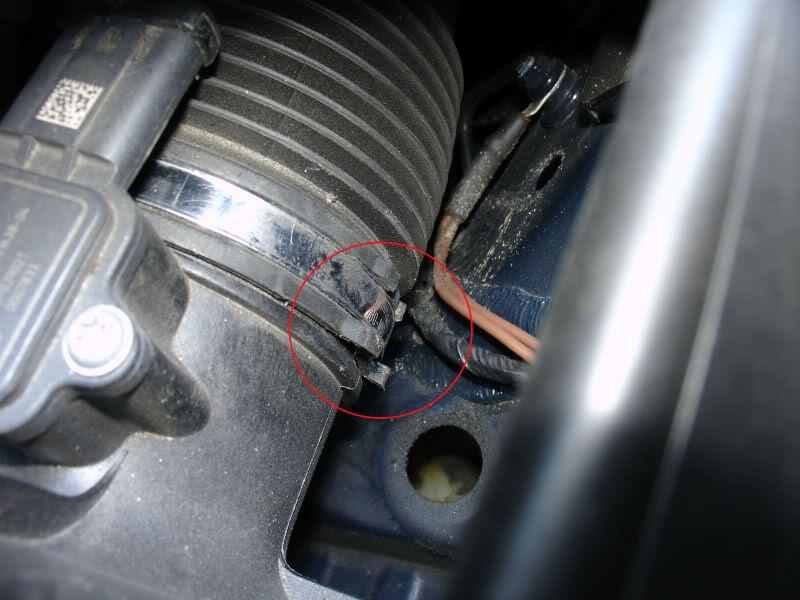 You need to position the hose clamp so that screw mechanism is in between the nibs. 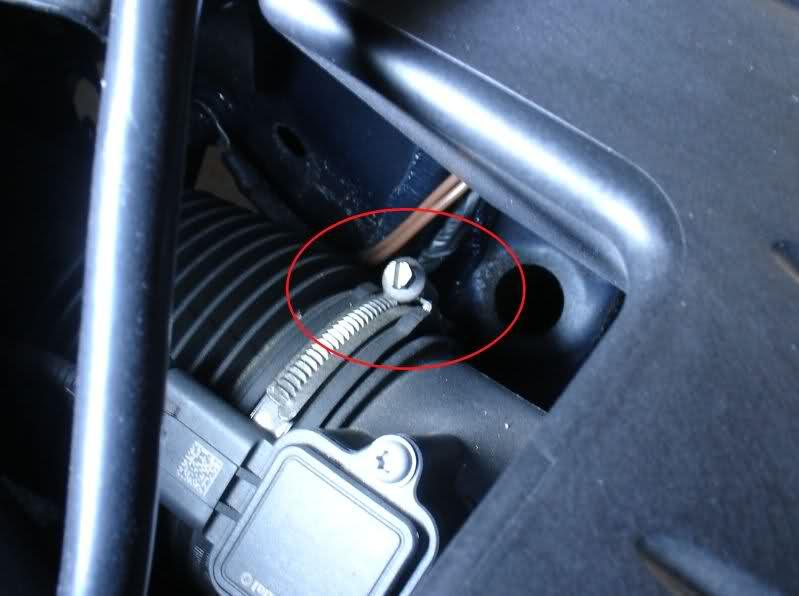 Finally, the intake hose has to be put together. I struggled with this before I realized I wasn't doing things properly. The box end is mostly male, but there is a lower flange that goes outside the tube coming from the kidney grills. 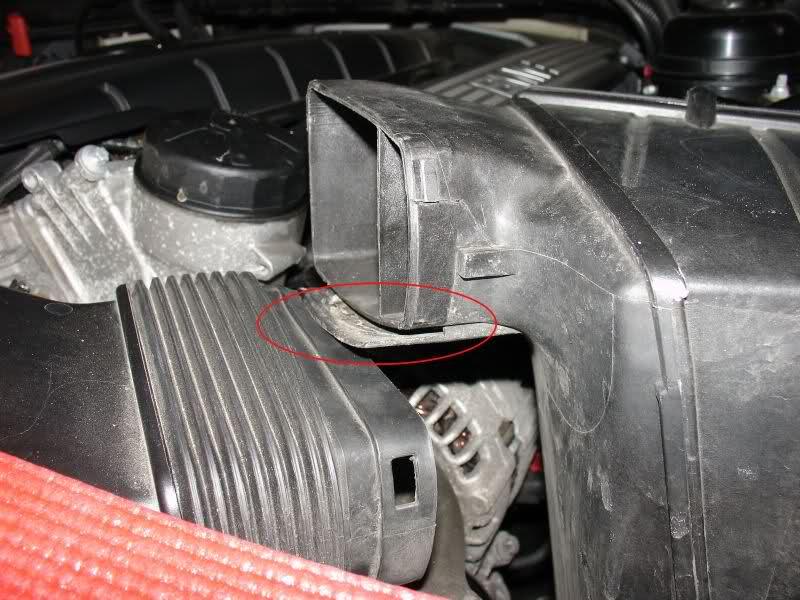 So when you put the parts back together, the lower part of the male end goes between the flange and the box male fitting. 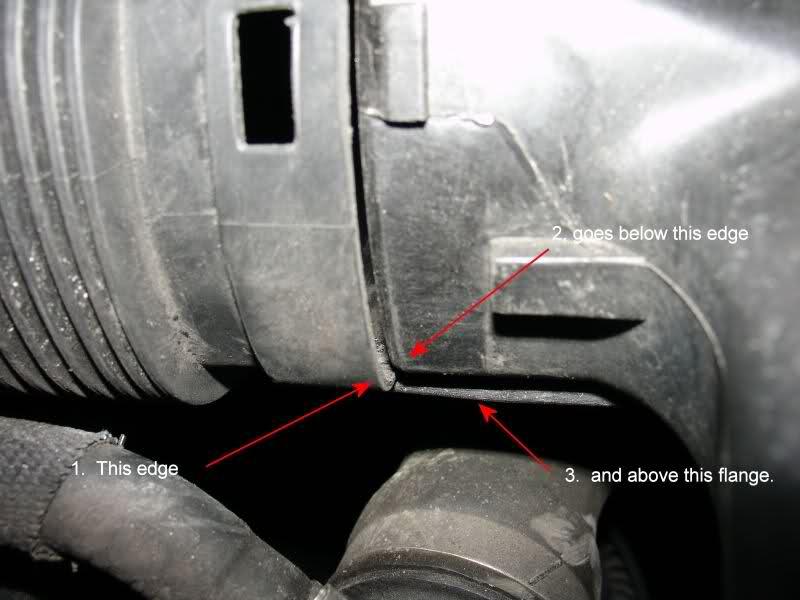 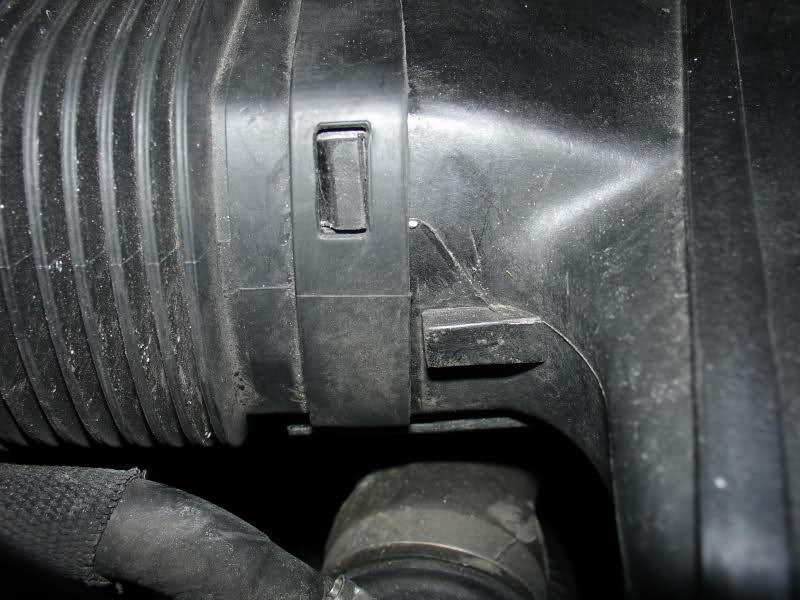 Put back the two bolts that secure the box to the frame, and you're done. (I couldn't find any torque values to use. There are also rubber grommets involved, so I guess you'll have to do what I did and just go by a snug tight sort of feel.)

'Hope somebody finds this helpful.