I recently had a chance to drive around in a 2011 BMW 535 and being a BMW fan and owner wanted to do a short review.

I was excited to take the car for a drive. I'm a big fan of the new styling. I really liked the Bangalized design of the E60 5 series when it first came out with its compound flame surfaces and such, but it seems cheap looking to me today. The F10 has a stouter look reminiscent of the E39 in my eyes, which is a good thing. It also has some of the coolest head and tail lights I've seen. Milky white "eyebrows" hover over the halo'd projectors with rhombus shaped LED turn signals poking out of the sides. The light ribbons in the tails are really well done also. I was excited to get in the car and see what was up.

The interior is a nice place to be. Supple leather everywhere, controls are well laid out. My only complaint is the stupid electronic shift lever. A prime example of Germans fixing a problem that didn't exist in the first place and making things worse in the process. It wasn't as bad as the X5 I drove a couple years ago, where every gear selection was followed seconds later by the horrible sounds of actuators under the console moving the mechanisms to actually change the gear, something you could've done with the hand movement you did moments before. God forbid the battery dies or you need to put the car in neutral when the engine is off. To do this task which would take 2 seconds in any other car, you have to dig through the trunk panels to find a special "key", remove the cup holder in the dash without damaging your $50k interior and put the special key in its special keyhole and turn. I guess some of the newer cars don't have this key, instead there is a special combination of buttons you need to push in order, whether this would work with a dead battery or not is unknown.

How stupid are we now as a species that we can't be trusted to put our own cars into neutral? Are cars 5 years from now going to come with helmets that we have to wear so we don't get our head stuck in the door and brain ourselves to death? Every BMW engineer should have to explain this procedure over the phone to a distraught wife or disinterested tow truck driver and see how useful this feature is. :facepalm: 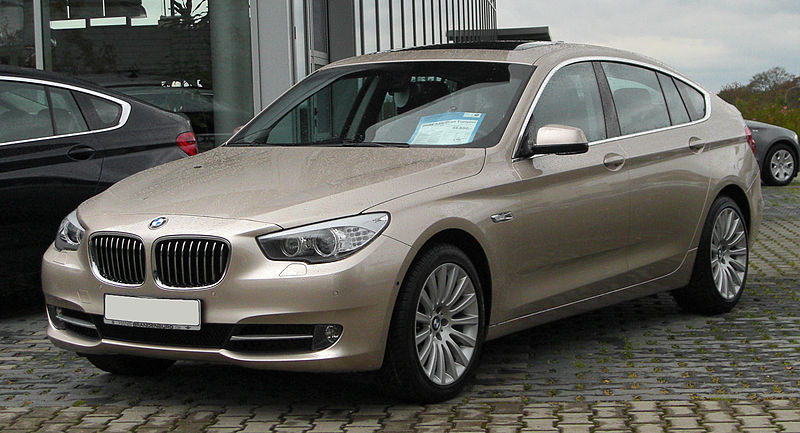 Rant over. Now it was time to get the car started and drive around. The first thing I noticed is how quiet the car is. They did a good job NVH wise. The whole underside of the car is covered with these fiberglass/fabric panels, the driveshaft tunnel is lined with the stuff as well. One of the side effects is the elimination of most of the engine noise, which admittedly is a good thing for some people. The car almost sounded like a diesel at idle. On full tap an engine note was there, that's all, no inspired throttle stabs to hear a lusty engine note in this car. The engine is a turbo charged inline 6. Unfortunately it was so well isolated there is really nothing interesting to say about it.

The throttle was one of the main things that annoyed me in this car. The first inch of pedal travel yields absolutely no response. You can hear the engine doing something but the car isn't moving. Getting impatient that your car isn't doing anything, you push the pedal in further, which ends up being more throttle than you wanted making the car lurch. Backing the car onto a drive on hoist was a nightmare. Trying to modulate the throttle to smoothly back up was impossible, since I had to be at halfway through the pedal movement to get any response and I was worried that I'd overshoot the whole thing. I have no idea why they'd calibrate the throttle this way.

Once on the road and up to speed the car rides pretty well. They did a good job calibrating the transmission, when you get on it the car shifts to the right gear quickly. It doesn't hunt around like some autos. The car doesn't feel very quick, partly because it weighs over 4000 pounds, partly because the engine noise is so well dampened. Hitting the sport button did make a noticeable difference but didn't bring the car into fun territory. This car would make a comfortable highway cruiser, driving places that didn't require you to use the steering wheel too much. Which brings me to the final straw which led me to dislike this car overall...

The steering on this car is awful. Looking at the car on the hoist we noticed a giant electronic motor attached to the steering rack which succeeded in making the steering feel over-boosted and eliminating any feedback. In most fun to drive cars the steering feel weighs up as you turn into a corner. This wheel feels like it could be turned all the way around with a pinky finger at any speed. I've driven in cars that aren't known for steering feel, like a 76' Eldorado. But while that car's feedback was almost endearingly bad, like the steering wheel was connected to the rack with ropes and sticks, at least it felt like it was connected to something. The 5 series wheel feels like it is connected to an encoder which relays its position to the steering rack, turning your wheels with electrons. It reminded me of a rental Chevy Impala that I drove through Canada. While the marshmallow handling and numb steering made the Impala as fun as hitting yourself in the balls with a rolling pin, the 5 series at least has a competently handling chassis. The good chassis doesn't make the car scary numb like the impala was, but it gave me no reason to see what that chassis can do. If you can't feel what is going on you aren't going to want to test the limits of the car, even if it is somewhat capable.

The crappy steering feel combined with the weird throttle made the car joyless to drive. It seems like sometime in the past BMW developed a test to simulate an arthritic old lady with a cappuccino in one hand putting the car in reverse and turning the wheel 360 with the other hand in parking lot conditions; and eventually tests like these got a higher importance rating than its traditional driving/handling tests and had a bigger hand shaping how these cars drive and feel. This is why I think BMW has lost its way. They may still be the ultimate driving machines, but their definition of driving has changed. Cars like the 5 series will get someone from point A to B in the comfort of a shiny, isolated, technology laced, climate conditioned, multimedia platform playing, state of the art graphic user interfaced capsule, never having to push touch or turn anything that is directly connected to the outside world. In this car a twisty road will be dispatched dispassionately with the same artificial haptic feedback as syncing your I-Phone calendar with the I-drive knob. After driving the car for a while I had no desire to drive it again, which is something I can't say about any of the previous (older) BMWs I have driven, which as a BMW fan makes me sad.