1.Take a 200 ohm resistor and unplug the temp sensor, and hook the resistor to terminals 'A' and 'B' of the plug. Turn the ignition on and read the temp gauge, it should read about 210Â° F. (maybe a little over, but memorize where the needle is)

3.Get a temp sensor terminal plug from a 98 F-body

7.Pull the Gauge cluster out.

8.Run the other end of the new wire from terminal 'C' through the fire wall and into the cab, run the wire behind the dash and into a hole behind where the gauge cluster goes, and put an insulated female connector plug on the wire.

9.Cut another length of wire and put an insulated male plug on one end, and the other end gets soldered to the gauge cluster circuit board.

11.Take out the one torx scre by the plug pack terminals that's holding the circuit board on. Very carefully pull the circuit board off. (You need to go around the edges and gently pull up with your fingers while unsnapping the tabs.)

13.De-solder the jumper, and replace it with a resistor that will calibrate the temp gauge. (We will figure out the resistor's value next.)

14.Take the end of the wire that is to be soldered, and solder it into the solder joint that you cut the piece of layout out and pulled the jumper out.

16.Read the resistance of the rheostat, and that is the value of resistor to solder in the place of the jumper you took out earlier.

17.Put everything back together and test.

18.AutoTap or some type of scan tool would verify the accuracy of the temperature gauge after the mod. 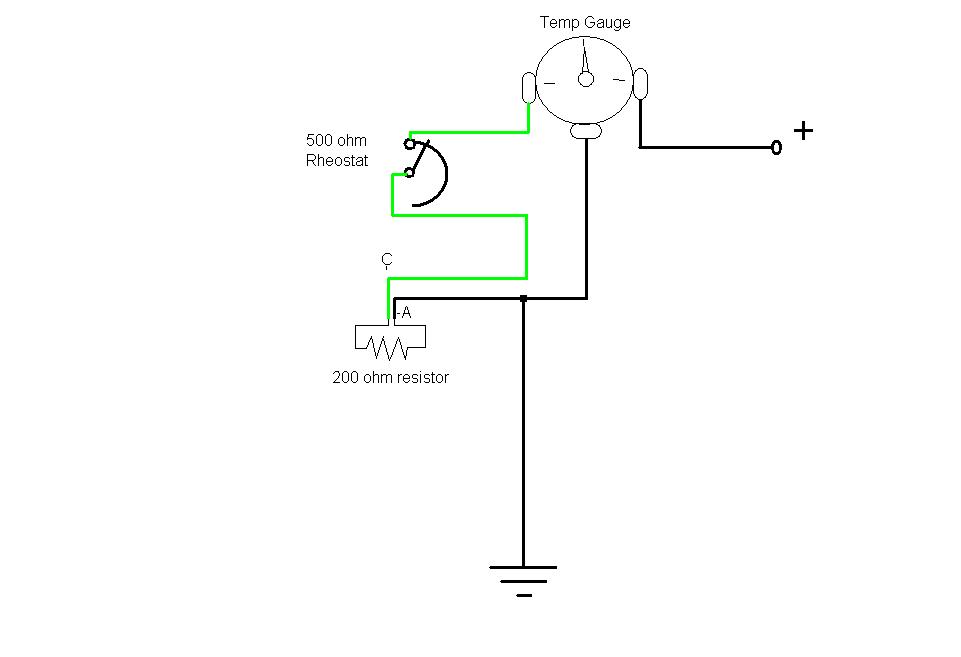 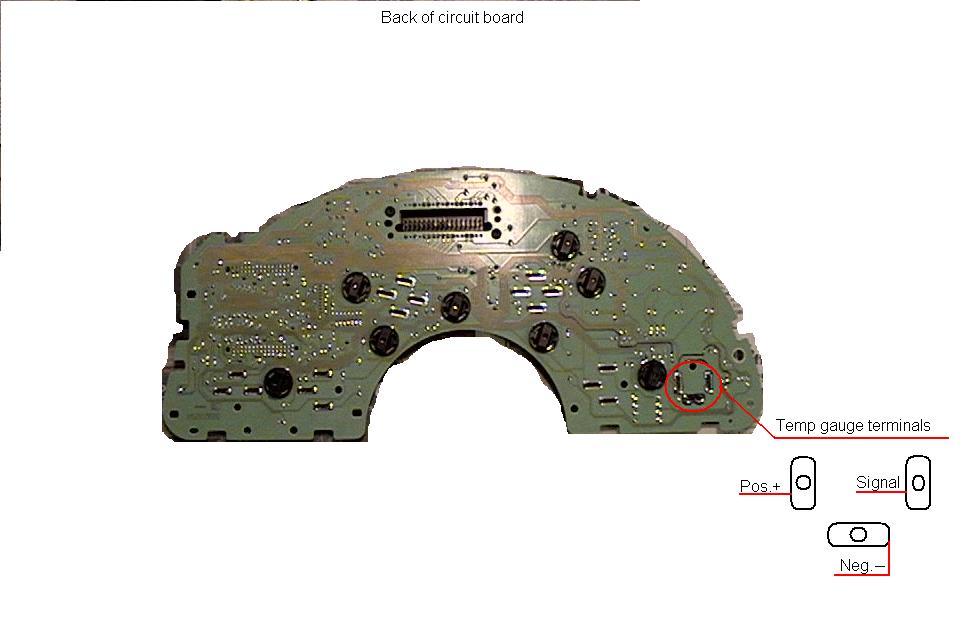 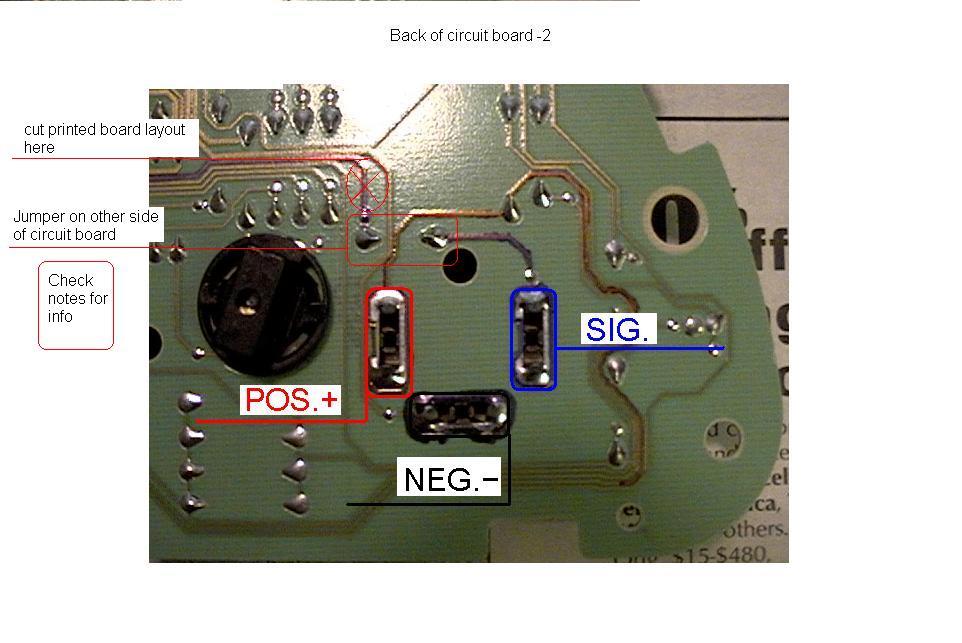 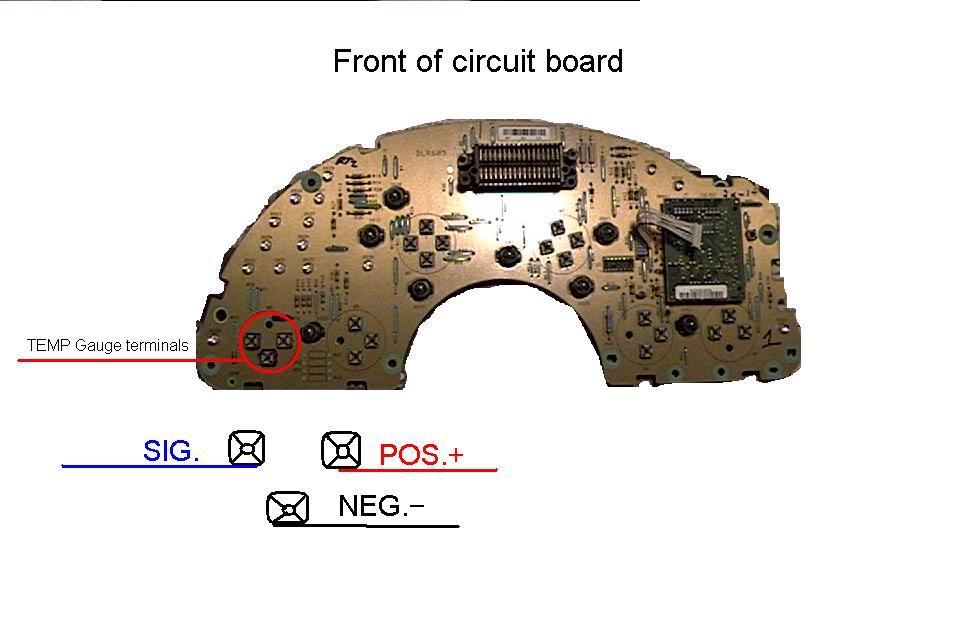 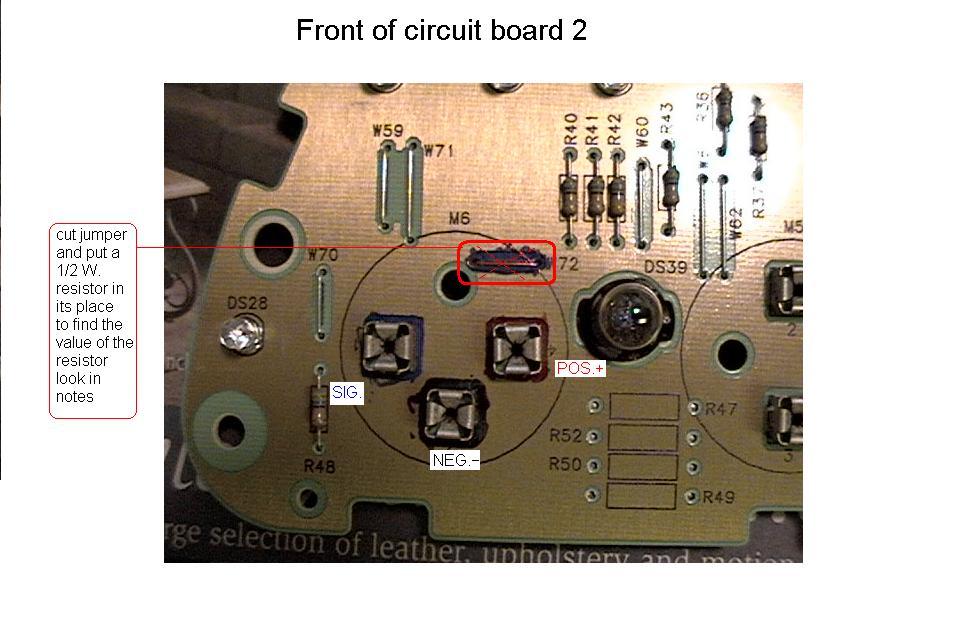 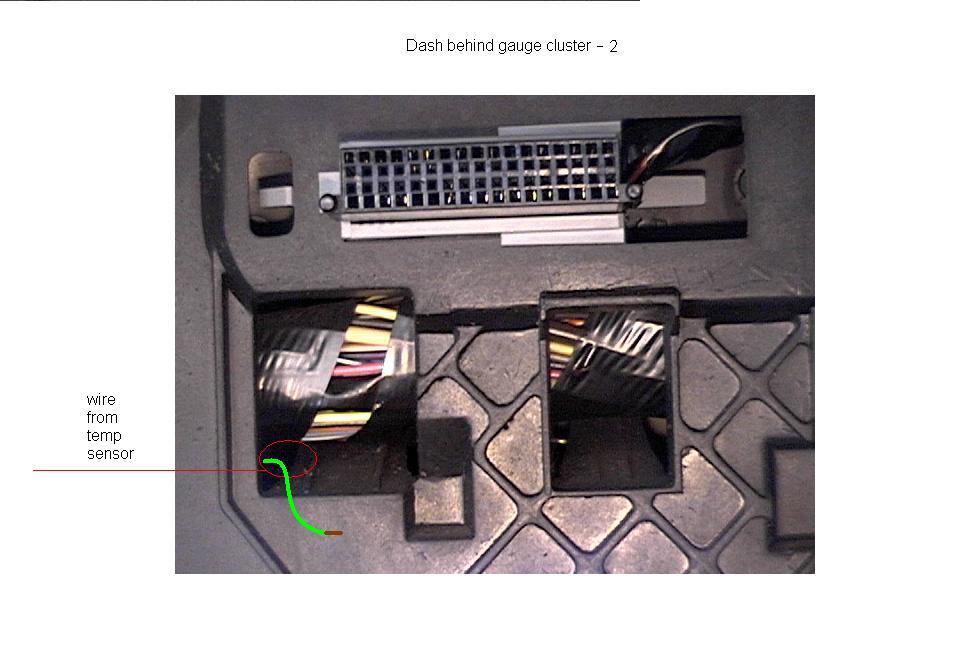 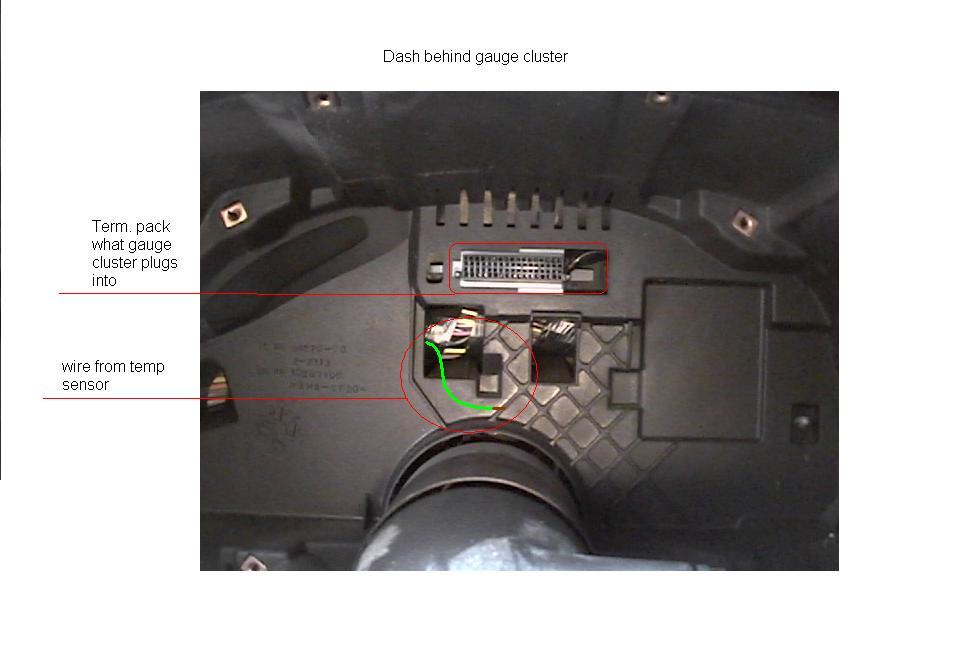