Found out she was a transvestite. It was devastating at first, but I got her the surgery and now we are both much happier...

So TCLr's, lemme tell you how this transvestite love story goes...

Right around this time of year in 2008, I was going about my usual business of messing around with cars when I came across an old Porsche for sale. As it turns out, a friend of mine knew the owner from the track and P-Club events. My friend went on to tell me that the car is a lightweight 911 that seemed to be exceptionally quick for a MFI 2.7. Having always regreted selling my old Carrera, my interest was immediately piqued.

I inquired about the car and the owner explained to me that it was a rare, "factory sun roof-delete car" with a nice exhaust and some weight saving mods. I don't like my cars to be any other color than black and this car was white, so I wasn't really that interested. The owner however, offered to take me for a ride in the car. Thinking me a serious buyer, he even offered to let me take it for a spin. Next day, I was there with bells and whistles on.

Since I'm not really into white cars, I had it in my mind that this intimate encounter with the car was strictly for fun and that it wasn't gonna be no long term relationship, lol! Needless to say, I was wrong. After just once around the block, I fell in love and bought the car.

(Edit) This is a pic of the actual car. 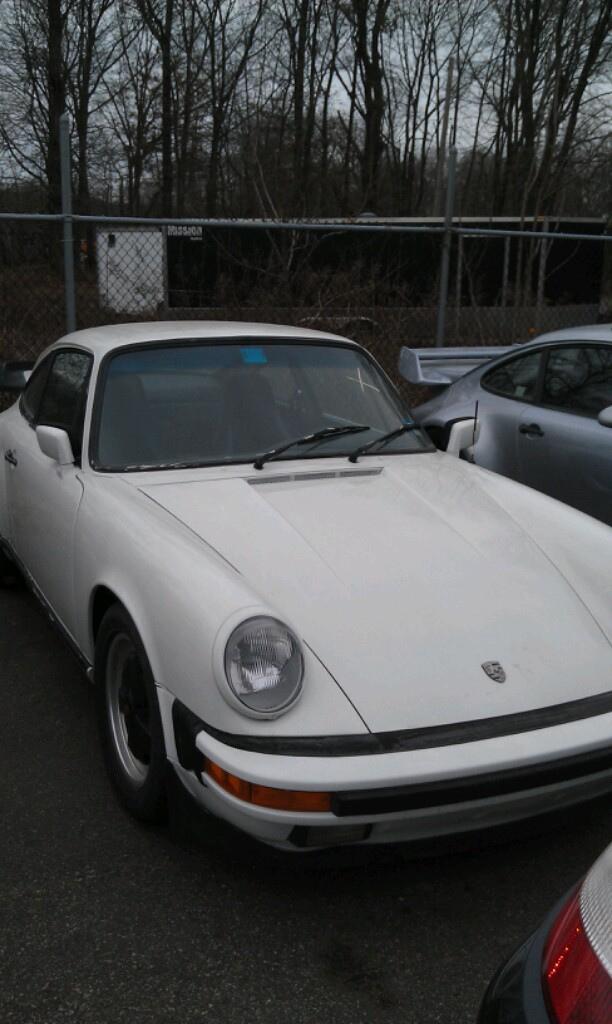 I was in heaven! This was sheer bliss! The sound of the air-cooled motor above 5k rpm's! ... the thrill of a light weight 911!... The feeling of that old torsion bar suspension as it sets up to launch the car out of a turn!!... This was TRUE love.

I felt like I was driving a real '73 RS on the way to work every day. Even though the car had no A/C, I was happy!.. oh so very happy to drive her every single day. We sure had some hot, sweaty times in the summer.. but she was my girl. All she needed was a coat of black paint, and she'd be perfect. Sometime in 2009, I took her to the body shop to get that paint job. Nothing was ever the same again.

An astute mechanic noticed that the car was not a "rare, factory sun roof- delete" car, but it was actually a 1976 Porsche 912.

I was duped! Bamboozled!! This was no rare Porsche!! It wsn't even a 911!! It was an imposter!!! A transvestite !!! A 911 wannabe!! It was nothing more than the ultimate un-sleeper!! A bastard, red-headed stepchild of a car, playing dress up!! (vestis= latin for dress / clothes).

If you're a 912 purist, I apologize for my remarks. I know the 912 won the European Rally Championship for series touring cars, but c'mon! It's a little weak and you know it.

The only reason Porsche brought the 912 back from the dead after having discontinued it, was to have a smooth transition in entry level cars. As they were phasing out the 914, they needed a replacement car until the 924 could be offered to the public. In fact, the 912 was replaced by the 914 and discontinued for 6 years.

It's only in 1976 that Porsche re-introduced it for a year, while the 914 was on it's way out and the 924 was not yet ready to replace it. They brought it back after throwing it away, just to use it like a whore. Poor 912. No love.

...It seems the car was mis-titled sometime during its history of previous owners. Even the DMV thought it was a 911.

I felt like the damn guy from the crying game.

...Here's where the story turns, and love prevails:

Rather than to get rid of her, I decided to stay the course and make the best of this less than perfect relationship. I decided to make the car into what IMO the car always longed to be. Can a car long to be something if it's not alive? Yes it can! ...In so much as every Porsche has a "soul". This one has the soul of the '73 RS. 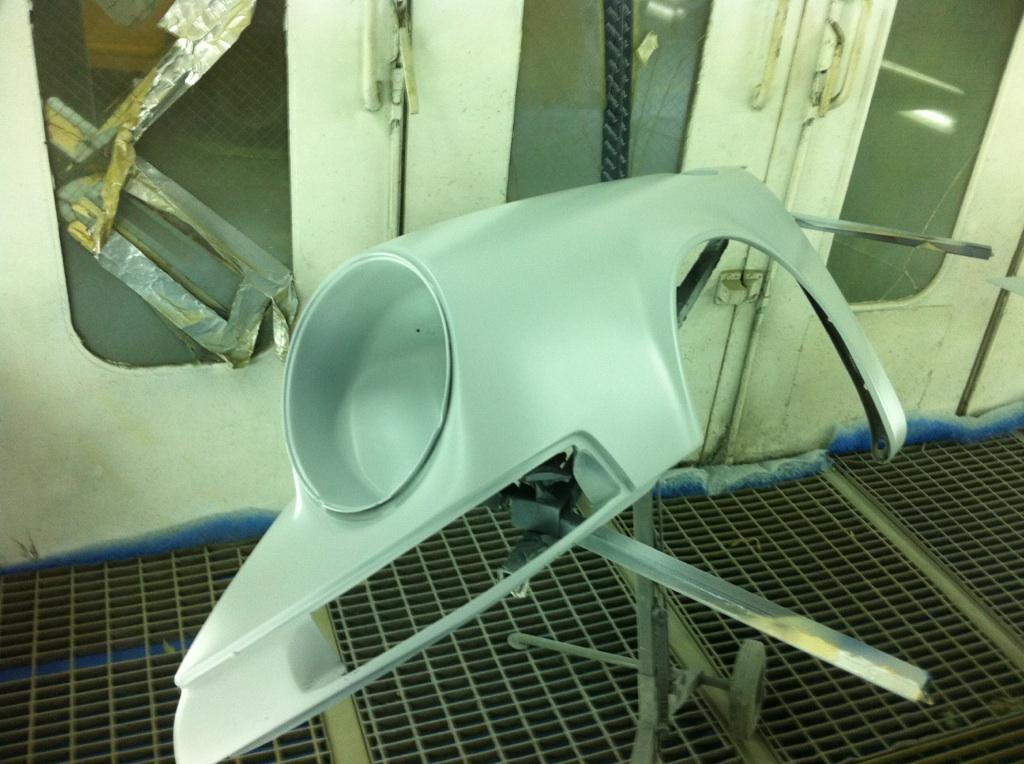 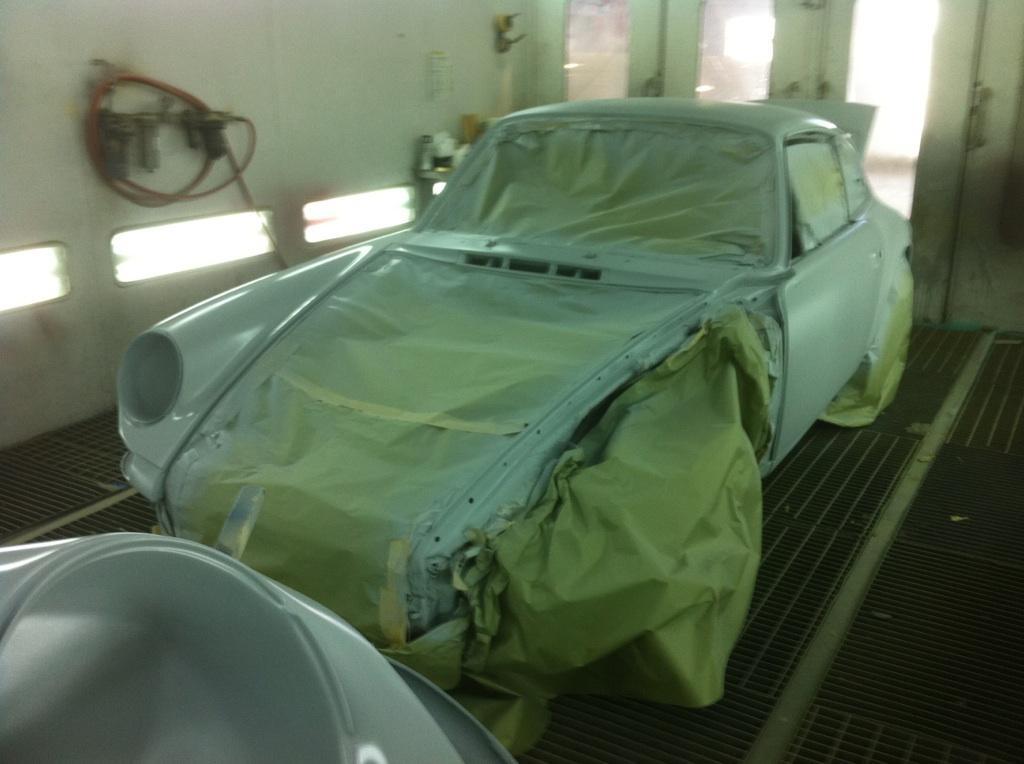 I'm looking for the pics of the long nose conversion. It's fantastic body work. If I find them, I'll put 'em up.

The (fiberglass) front bumper is super light. I can pick it up by 2 fingers on one hand. The fenders are also extremely light. 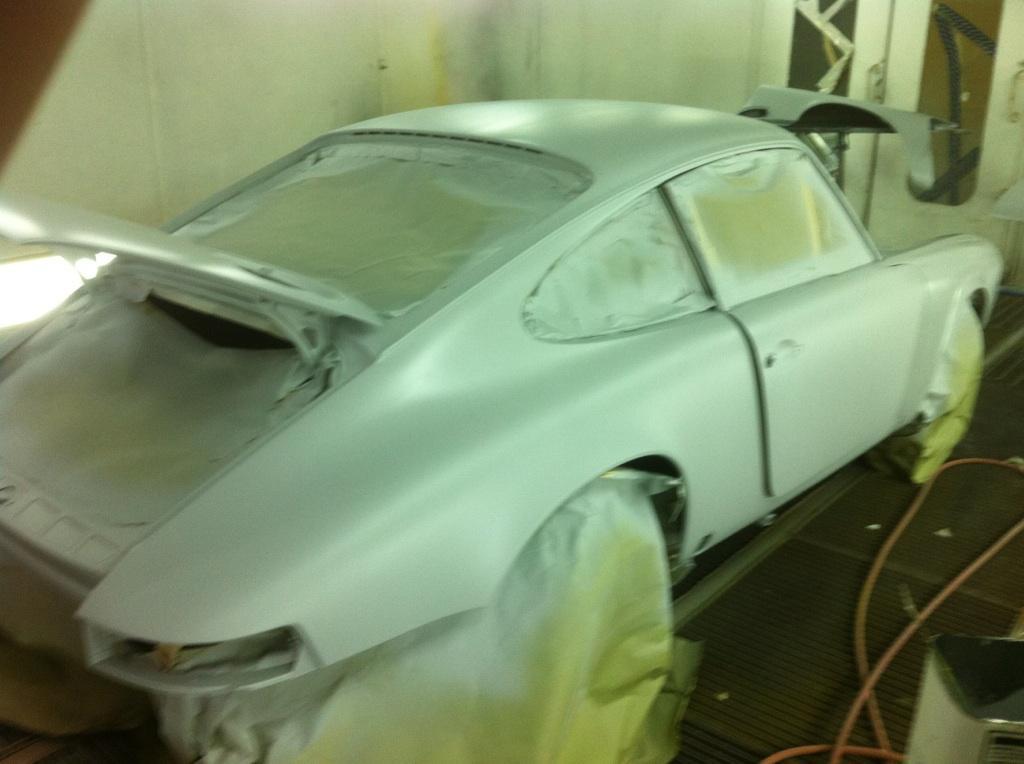 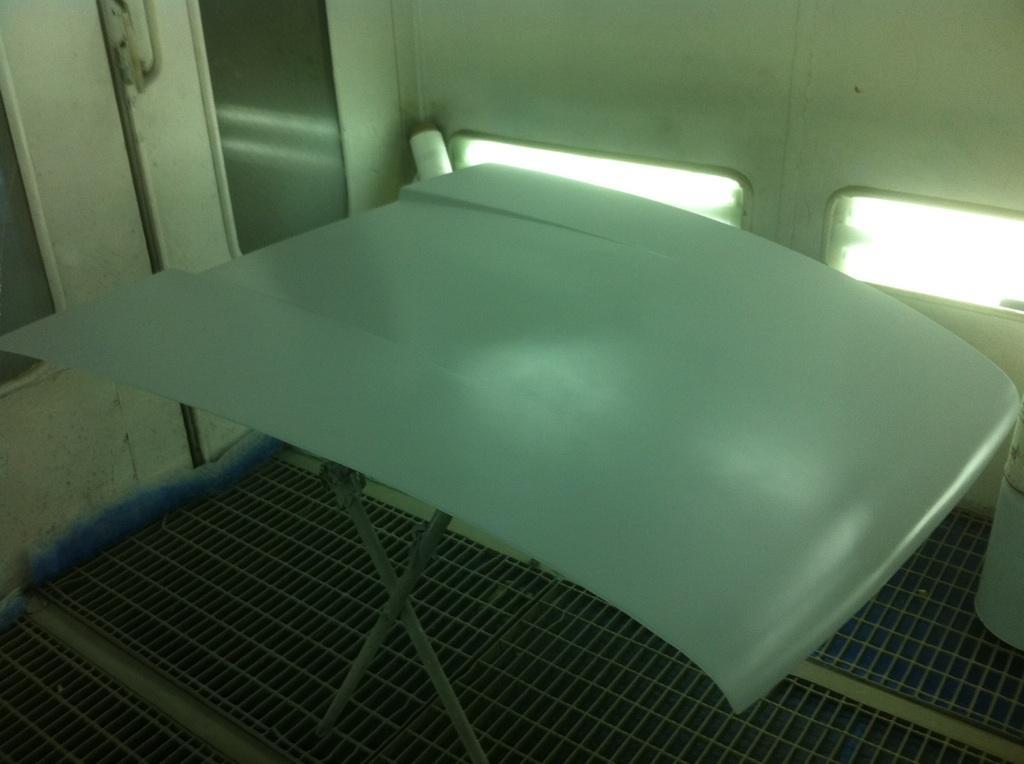 Unfortunately, I failed to realize that the '73 RS had wider fender flares than the '76 911/12, so we're going to have to go back now and weld on some proper RS flares. Many people who build '73 RS clones/ tribute cars use the Carrera SC flares. I believe they're actually different than the SC flares (but not sure), so I'll have to deal with that later. 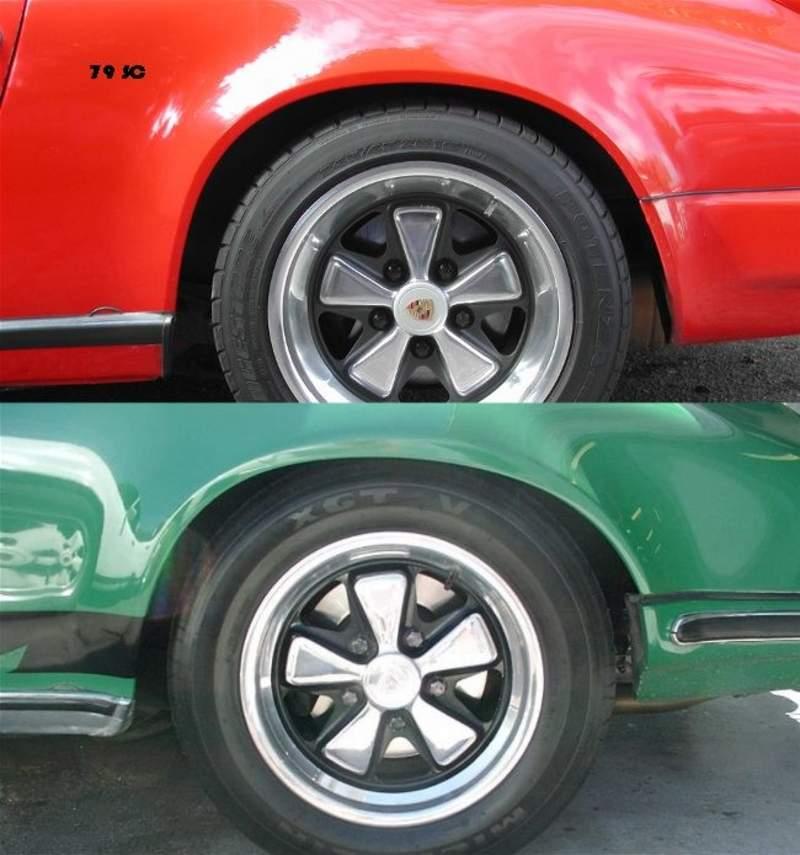 The good news is that Porsche offers these flares new. They started remanufacturing them, so I can actually buy '73 RS OEM steel flares. Perhaps they did this in response to the "Clone Wars"... '73 RS clones have been gaining popularity over the years. Look at the Singer 911.

For now, she finally has the beautiful black paint and one hell of a nose job!! 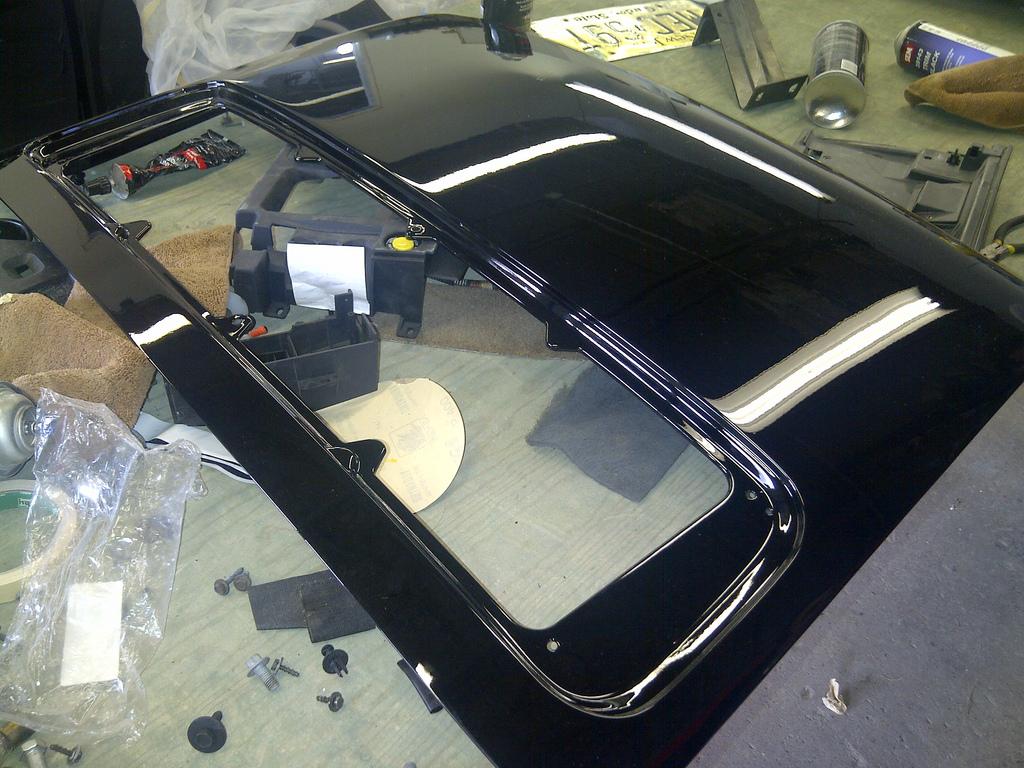 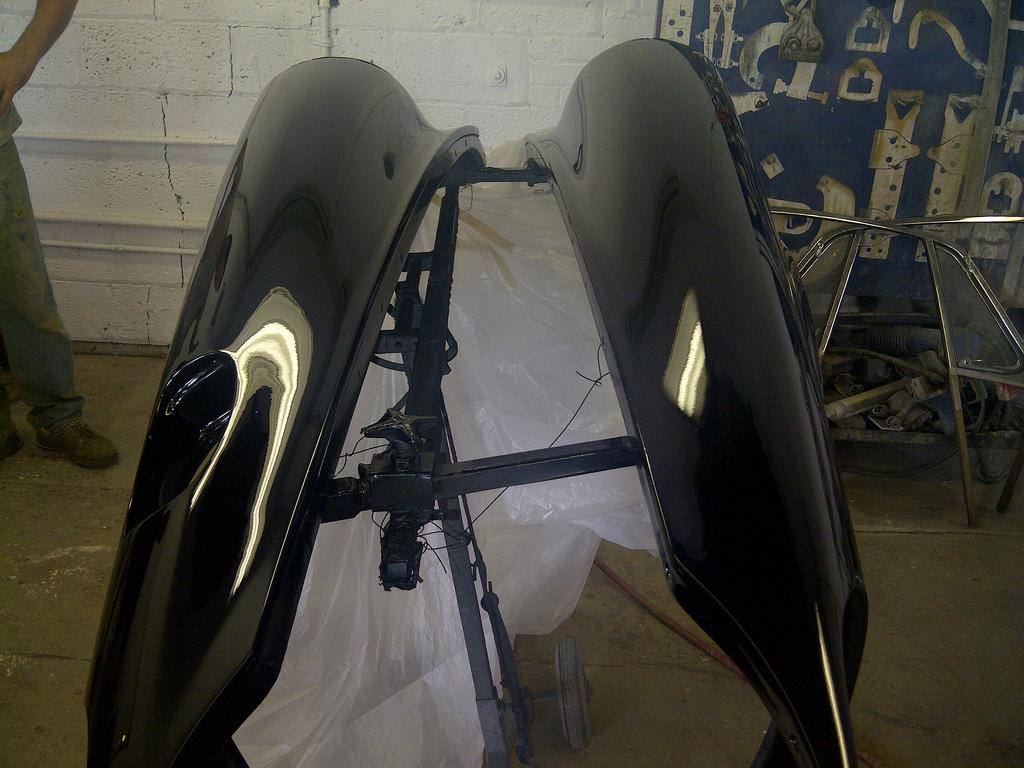 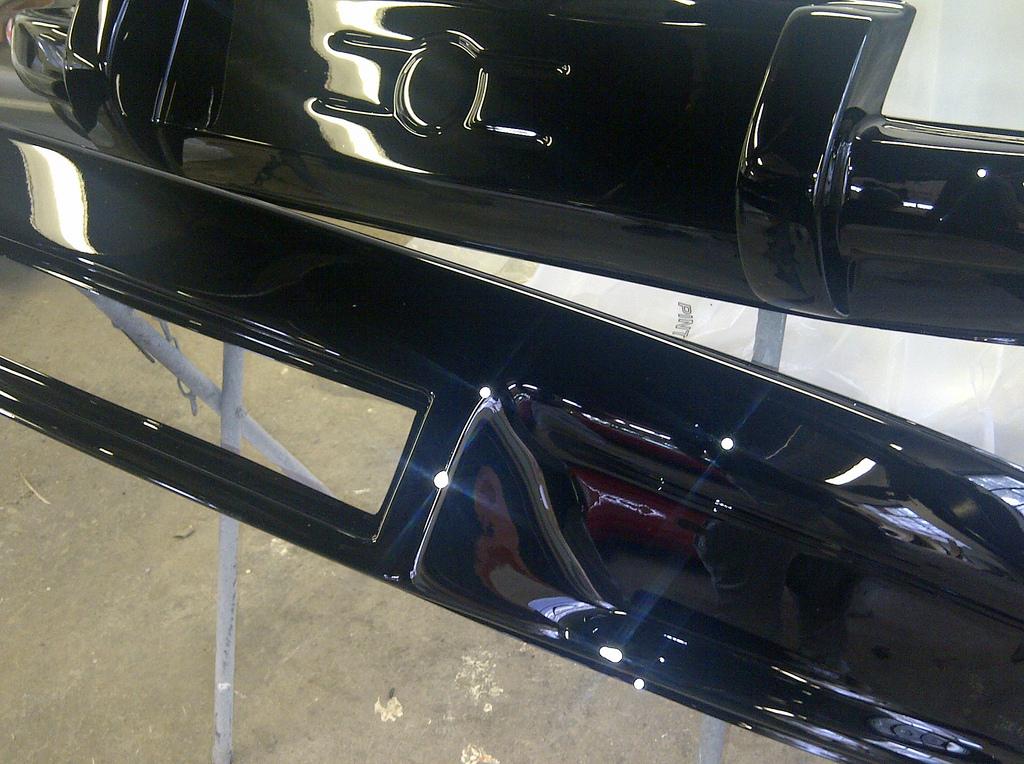 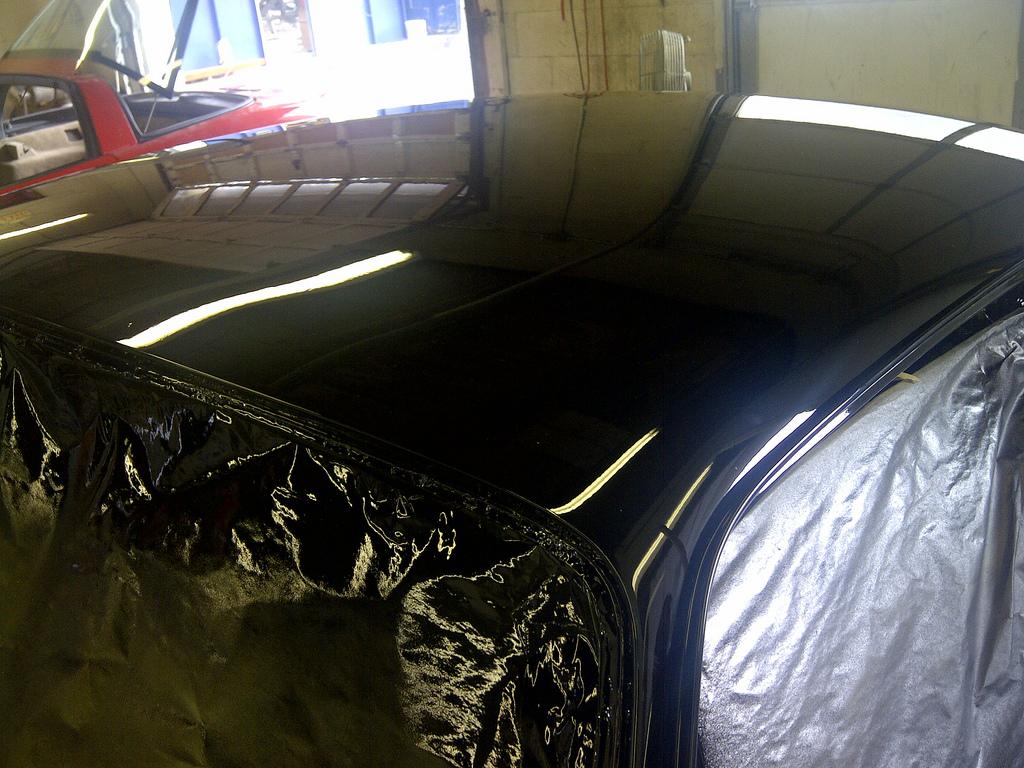 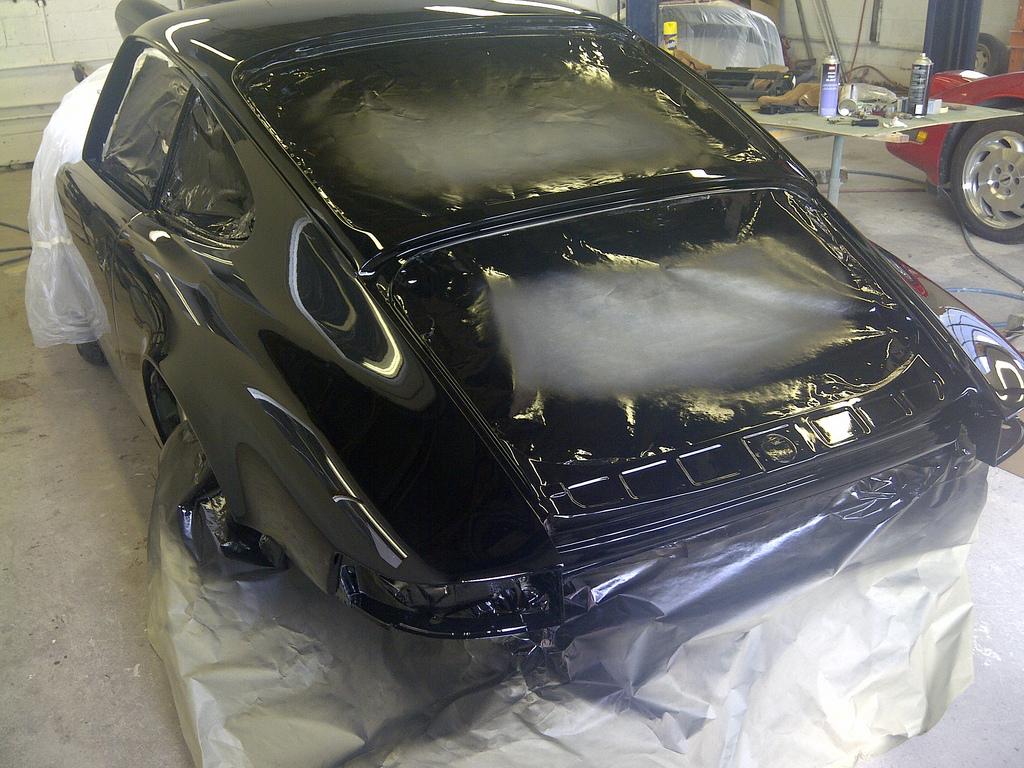 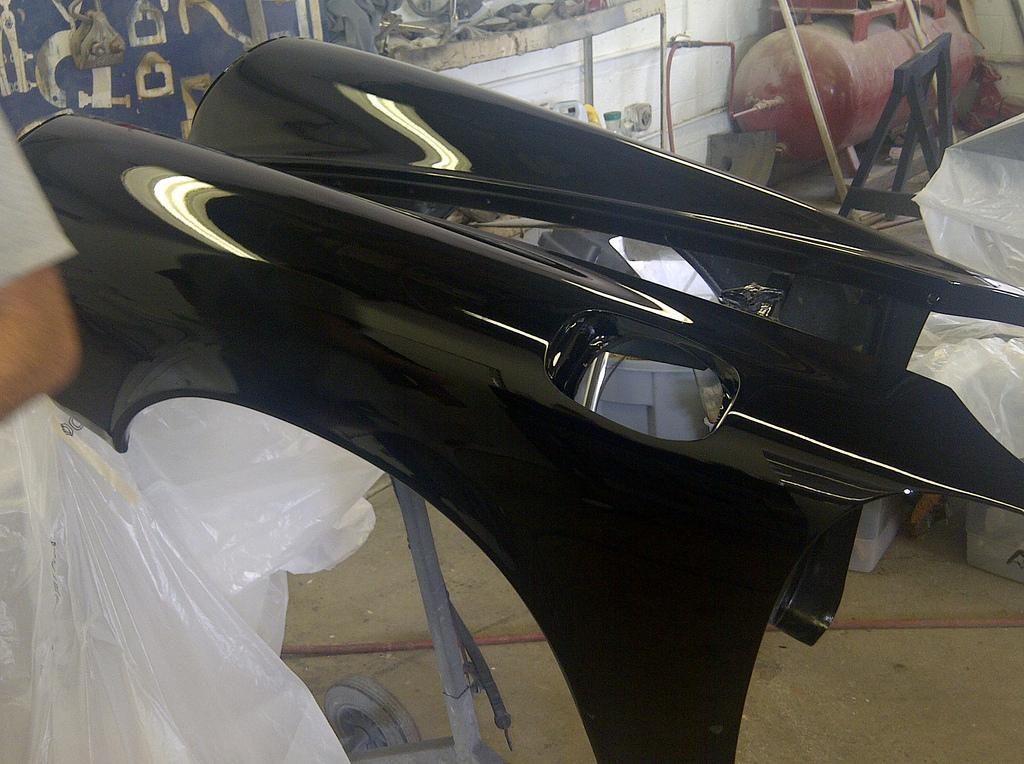