Since the Rabbit is down, I needed some form of transportation until she could be ballin' once again. I heard these are one of the most reliable cars to own, so I decided to hop on it.. 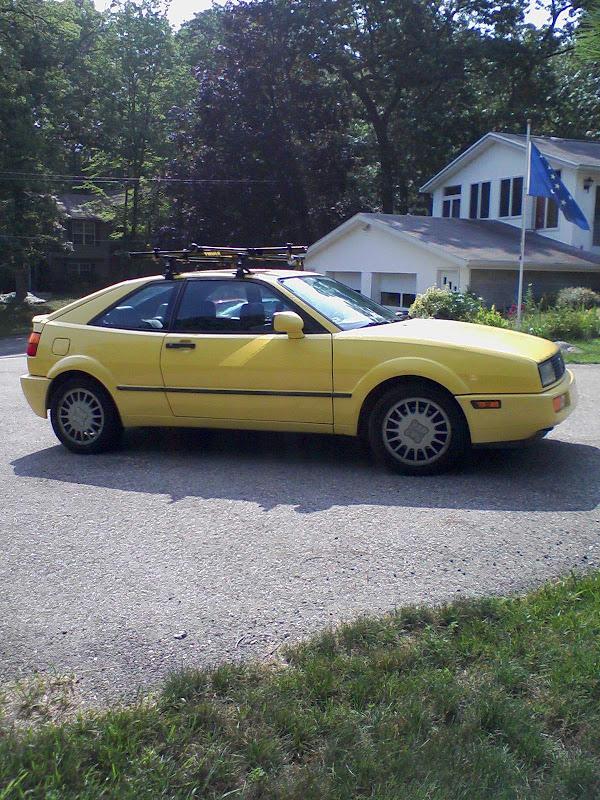 Right off the getgo, I needed a way to get my piece bike to the trails, so I got this little guy off eBay..cut the bars down and set her up! 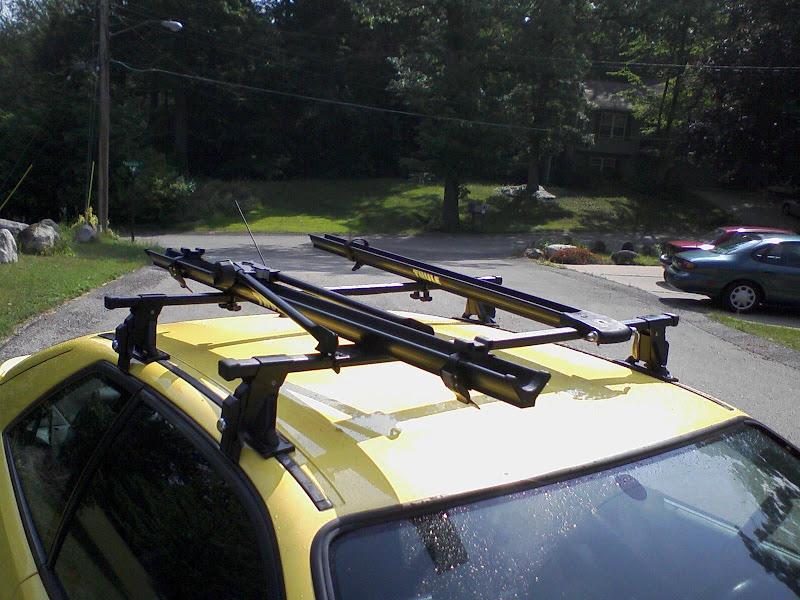 The fork mount is too long for the car though and bumps into the hatch when raised, so that'll be up for sale soon.

Today, I went ahead and tinted the tails.. 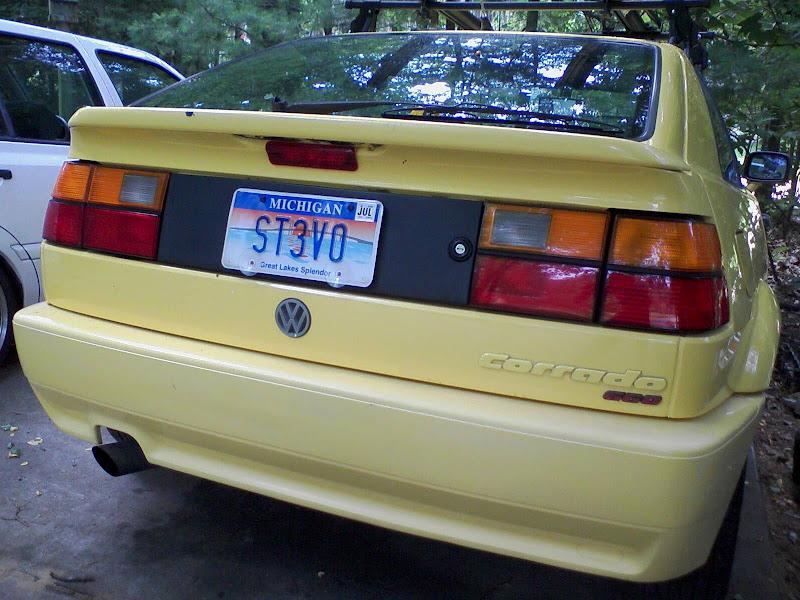 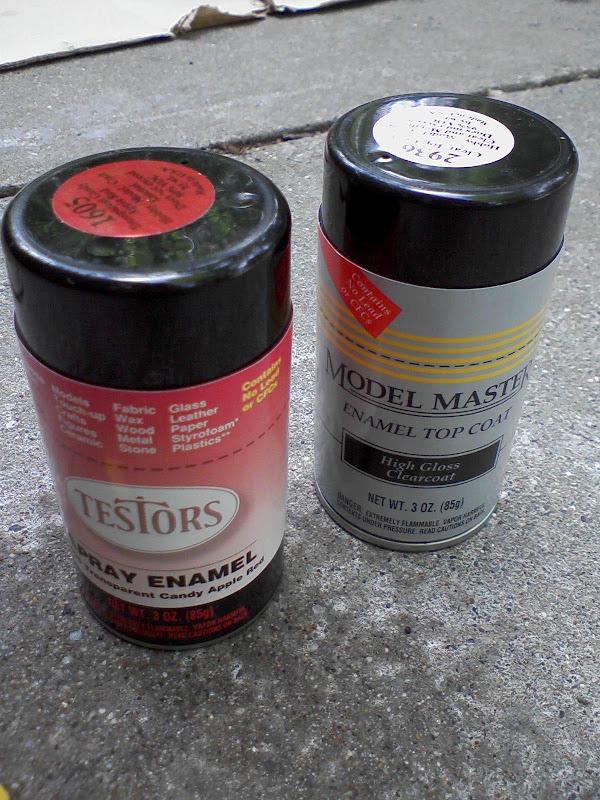 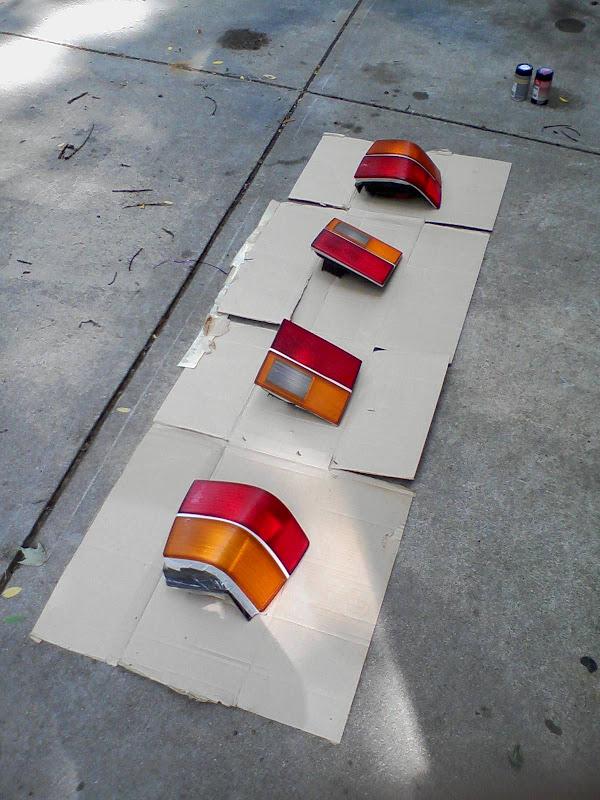 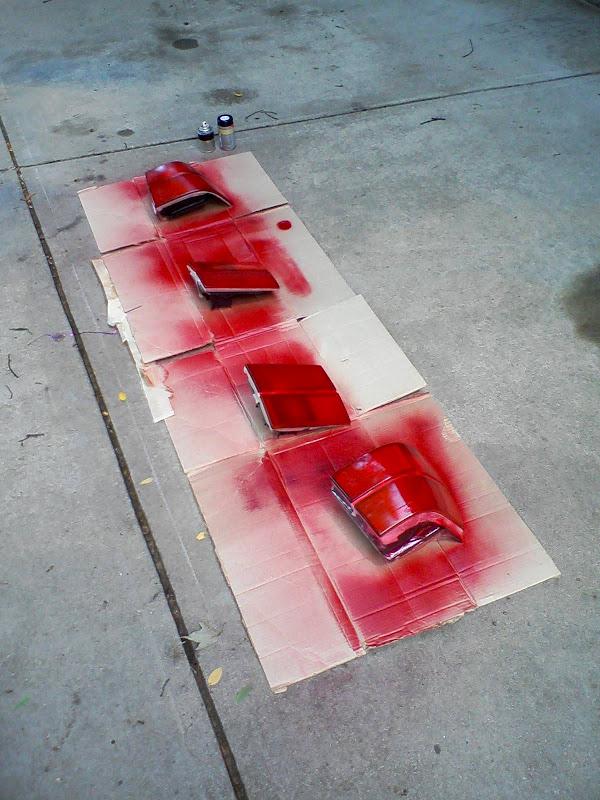 While those were drying, I swapped out a couple parts from the collection that needed some attention.. 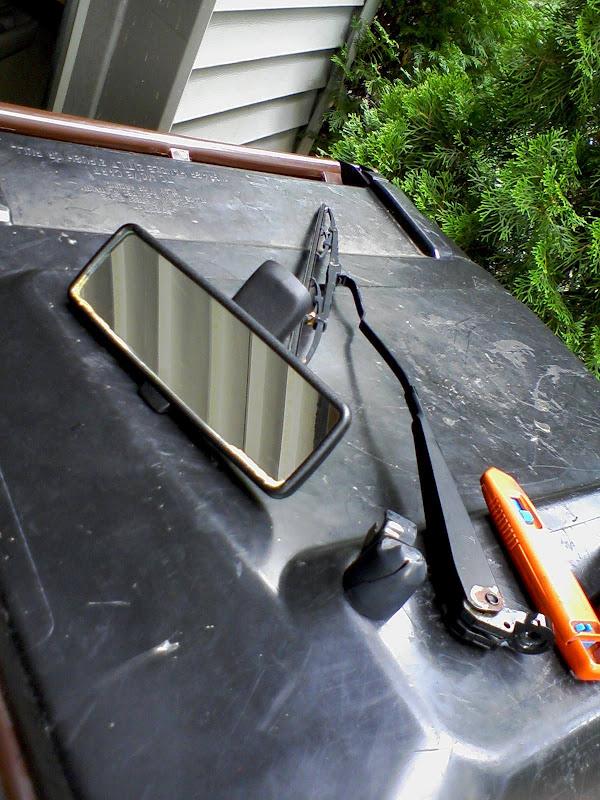 After a few coats, I moved onto clear.. 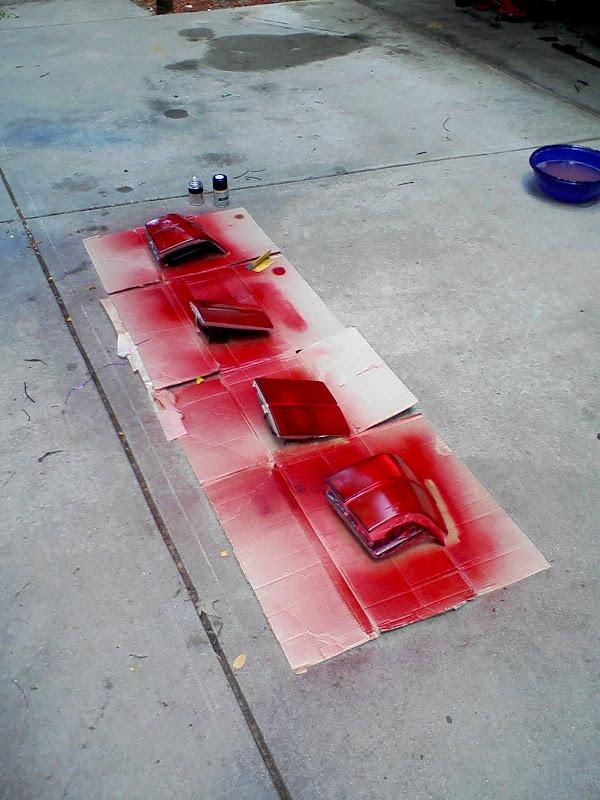 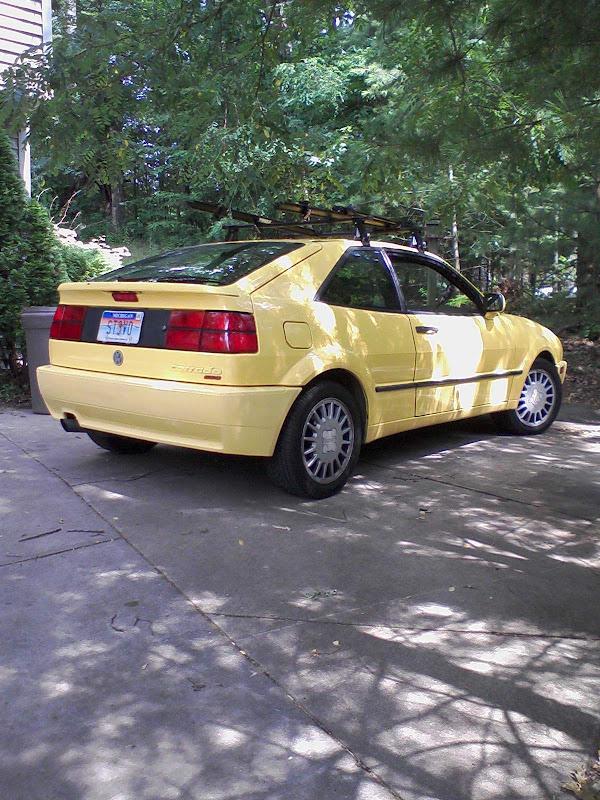 ..hopefully tomorrow I can get a legit plate on her.

Big thanks to Ed for the deal, and my hunnybunny for letting me use her car for a while.

Took some time today to remove this knight from my fusebox.. 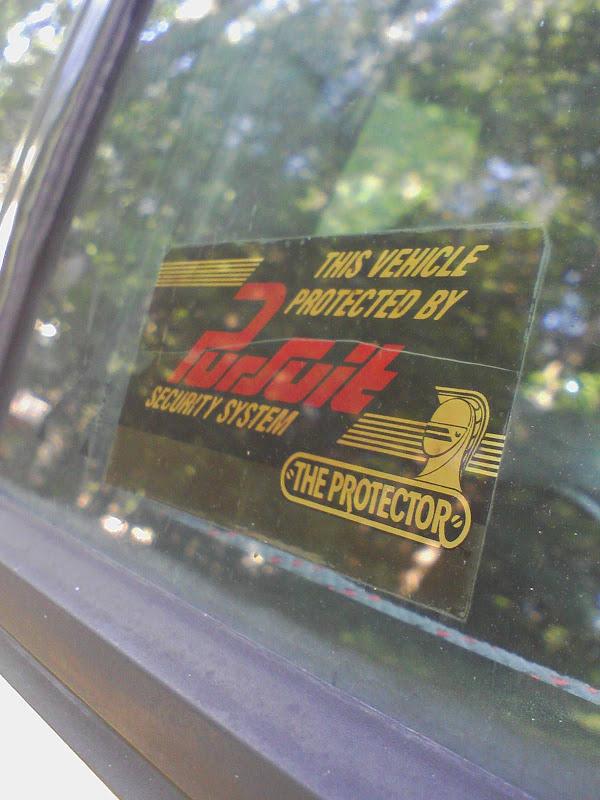 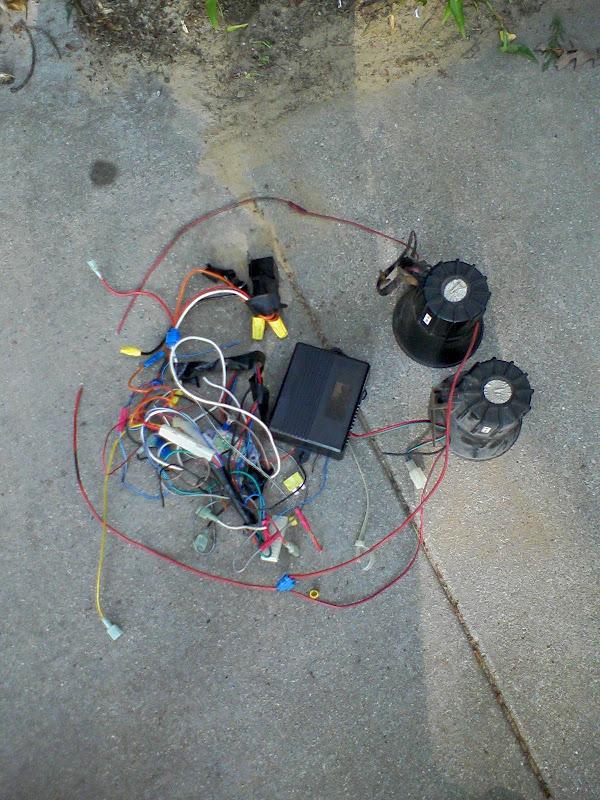 The only thing that seemed to work correctly on this whole system was the sticker.. It seems that someone ran into some fuel problems with this car too when I found the lead from the pump jammed into the box alongside a fuse. Fixed the connection, but she wasn't starting, so replaced the fuse and the relay and we were back in business. Just in case I threw a box of fuses and a pair of the relays in the car. Hopefully I won't have to go there.

08.24.08
..been experiencing some soft/low pedal the past couple weeks..flushed it, but didn't help so I got to do the master the other night..filled it with some blue and she's ready to rock..stoppin'on a quarter. 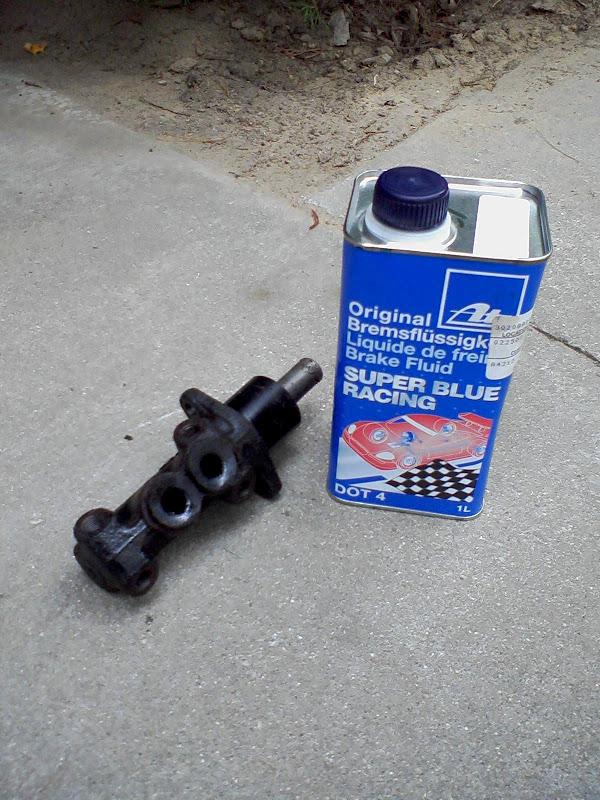 So, I've been gathering a few odds and ends the past few weeks; mostly tune-up stuff, but some fun things as well. 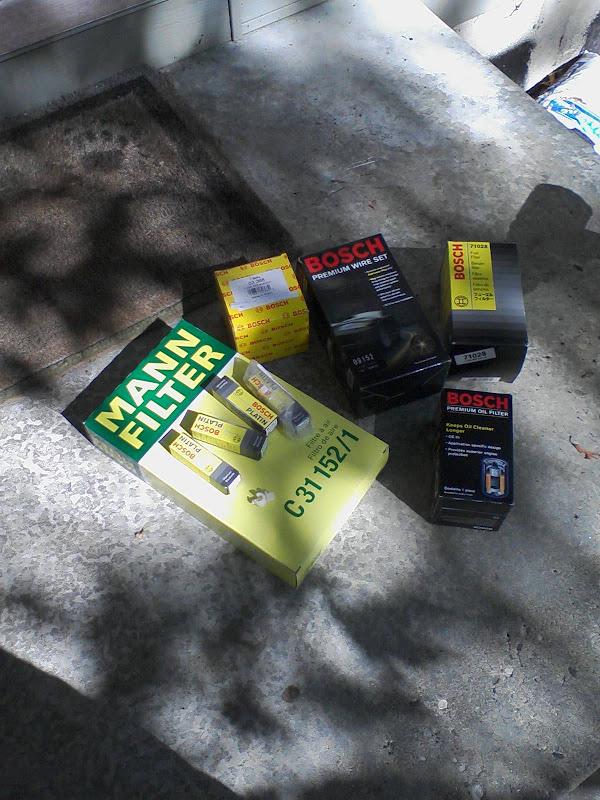 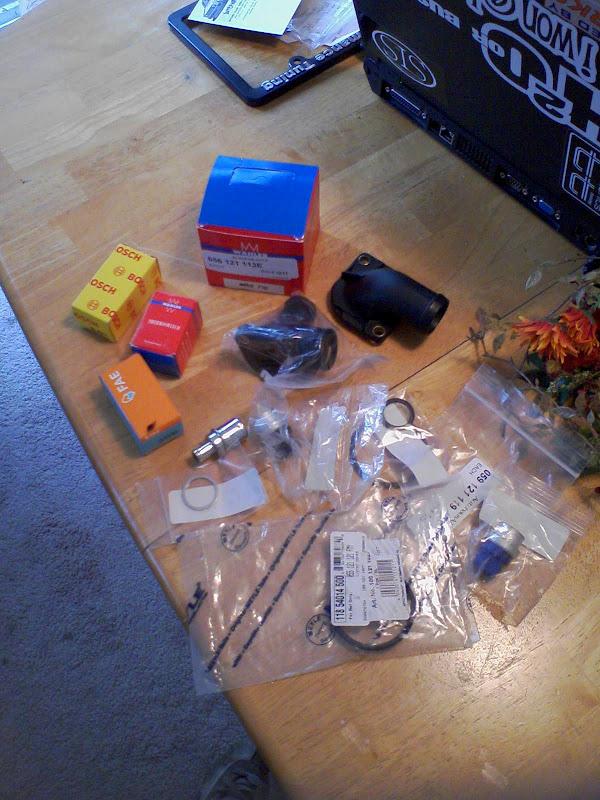 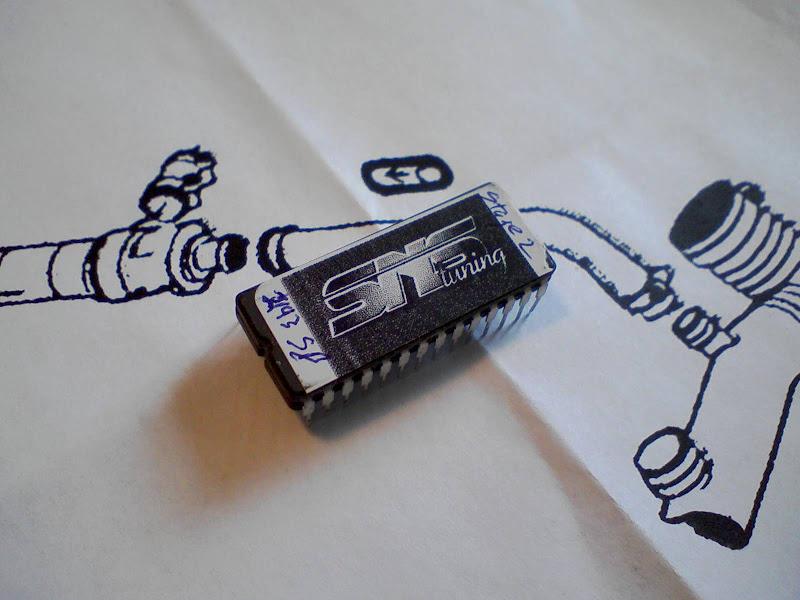 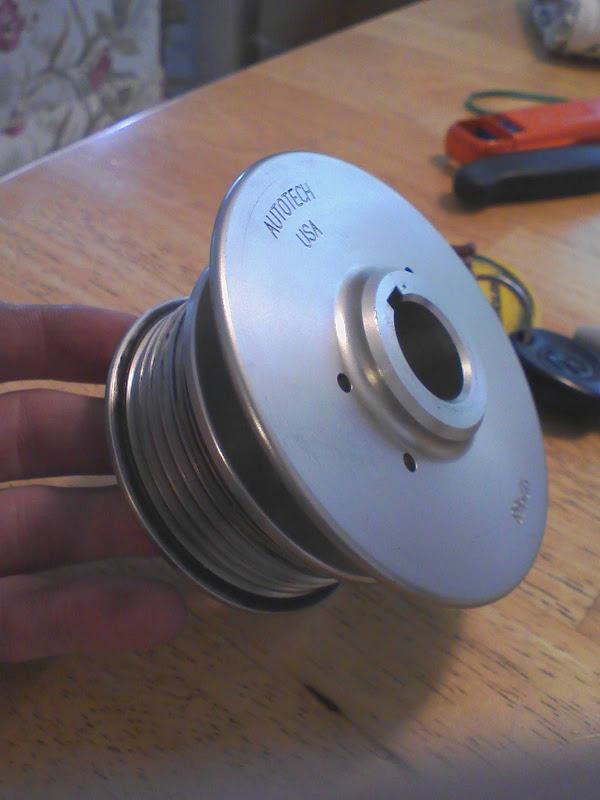 Figured I'd better have this charger re-done as well, so out she came.. 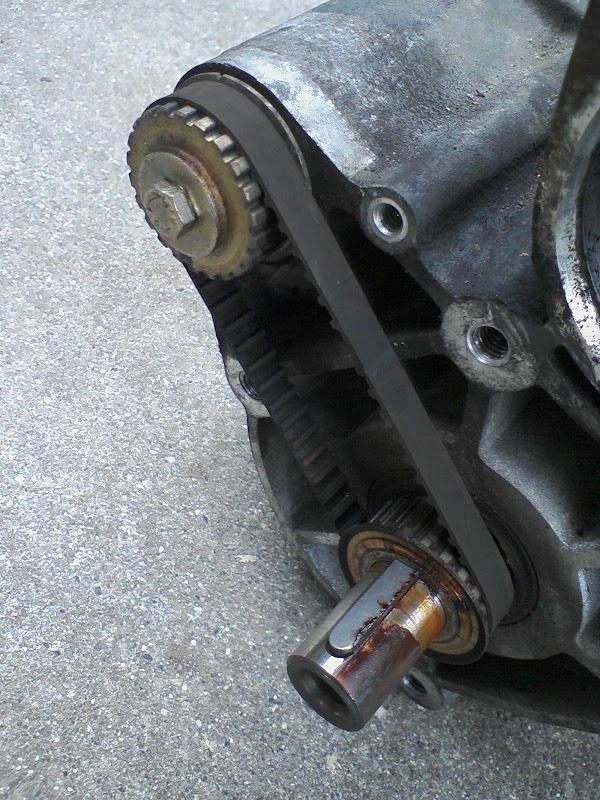 ..didn't look quite as good on this end.. 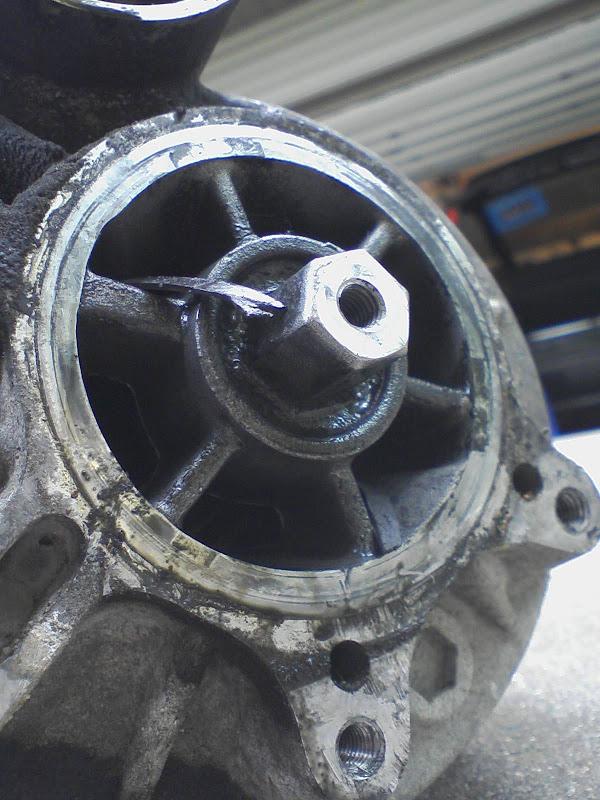 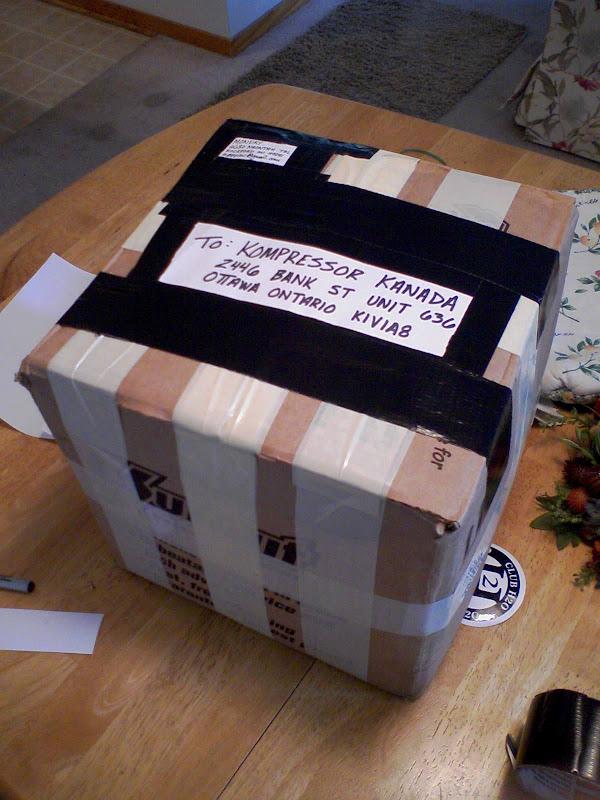 Two weeks later and still don't have a charger..damnit.

The car is looking pretty rough in it's current state.. 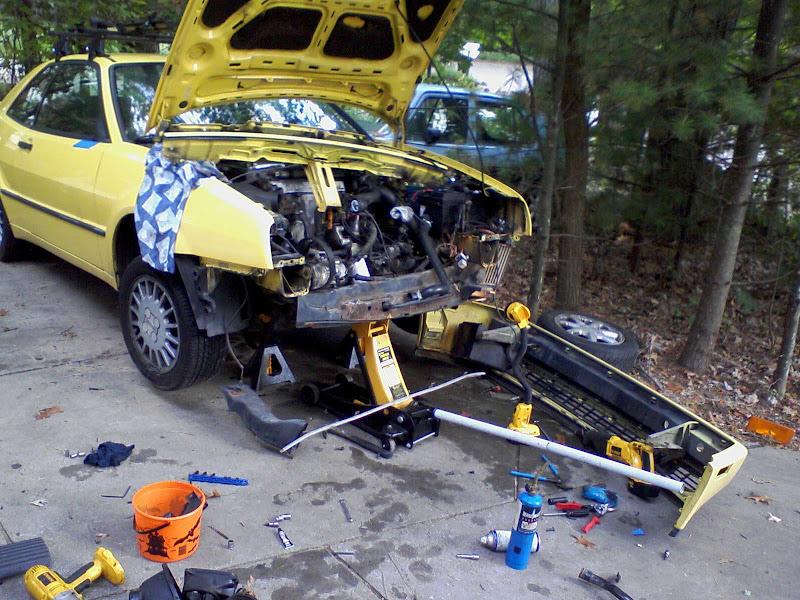 ..so I took some time today to start cleaning. 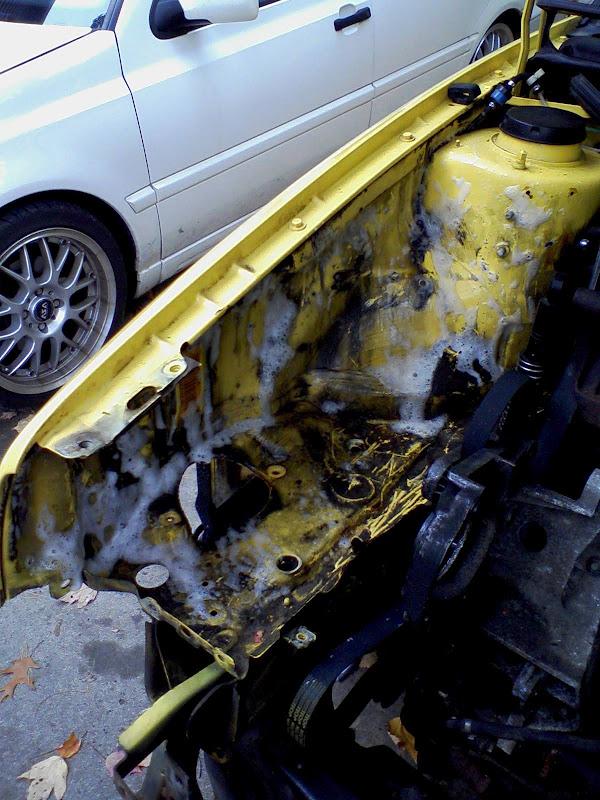 After almost an hour: 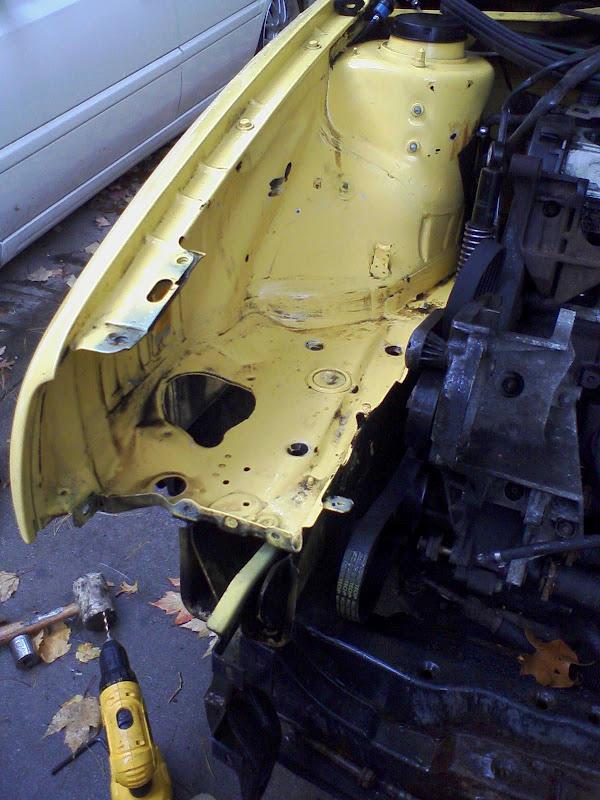 The other side seemed to be going quicker until it started raining: 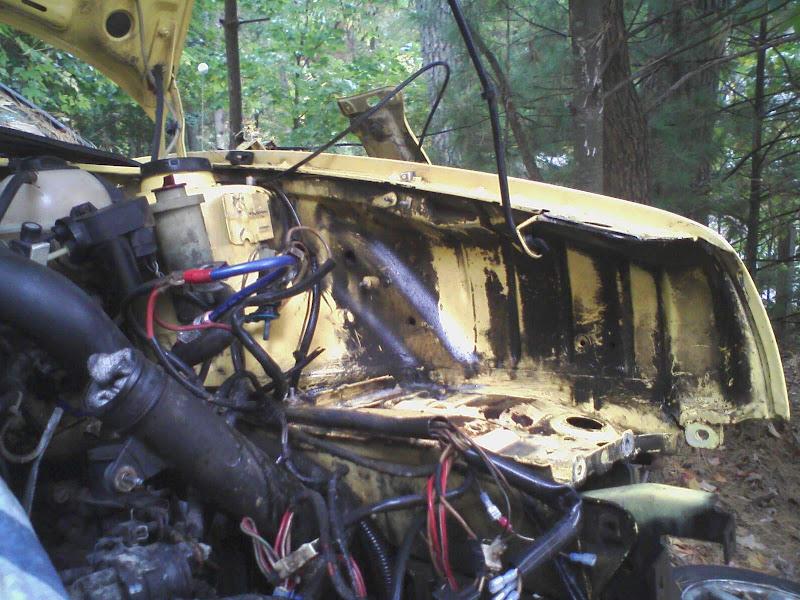 Other then that, put the Non-A/C Pulley on.. 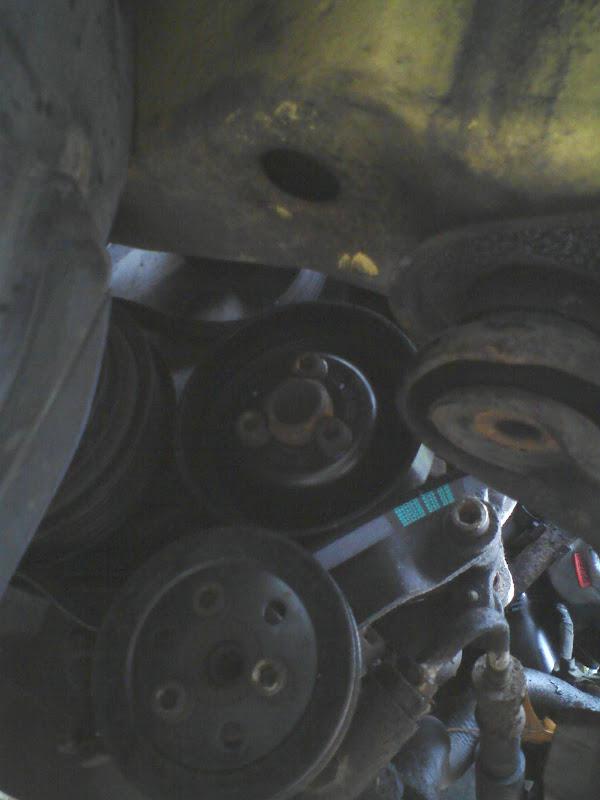 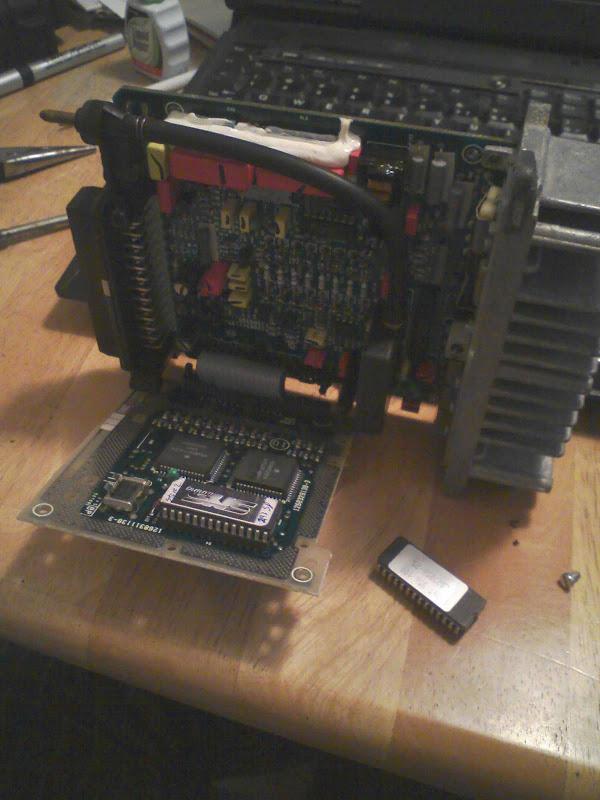 Other then the charger, I'm waiting on another order of parts/gaskets as well as some new silicon vacuum tubing to replace all of the old lines in the bay.

Only took a month, but look who showed up.. 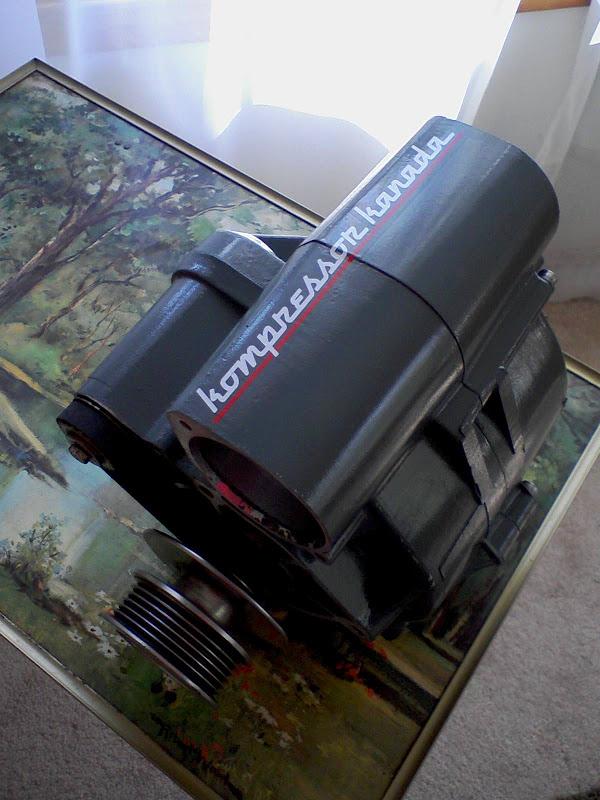 I was going to have it done in Yellow, but then started thinking that if the motor ever got swapped into something else, yellow might not go well; decided on this "Platinum Gray" instead..which I thought was going to be a bit darker, but oh well.

Dave over at KK was running a special on Stage 4 Builds..so why not? 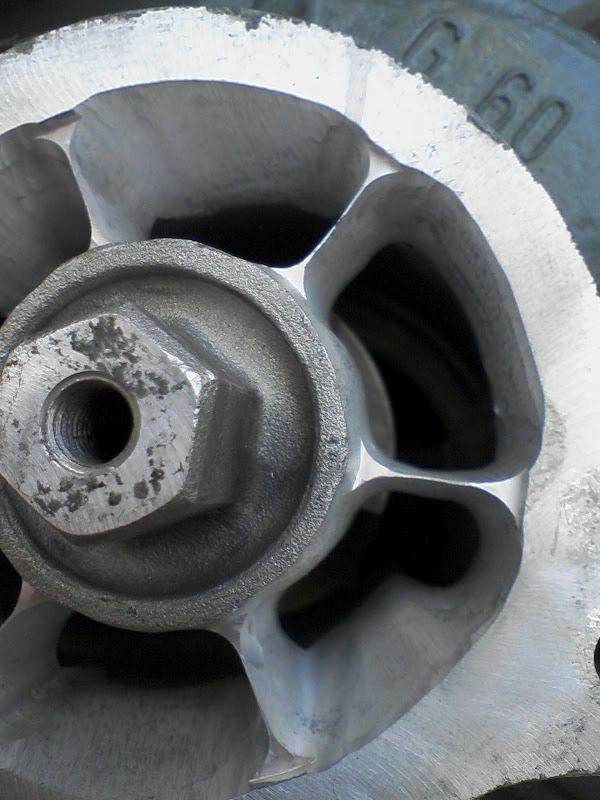 Finish getting everything in this weekend and hopefully we'll be good to go..