My Version of "Overhaulin" 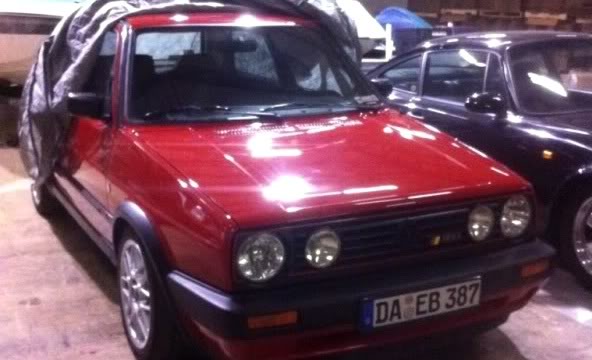 My Son got deployed from Gulf Port MS to Kuwait this past month. He did not want to leave his 92 Golf down there so I towed it back to MI when we went down to see him off.

My plans are to first get the car mechanical safe so he can drive it back down there when he gets back in March 12 Since the mechanical was not that bad what I plan to do is get all the brake system back in good shape then I want to paint the car this summer. Some of it has been touched up and a lot of the paint is faded.

The inside needs a bit of work also. A lot of little do dads are missing but I did find a nice old 1988 GTI that will supply all the missing parts. I was lucky to find a decent headliner which his was missing.

I hope he is surprised when he gets back, at least he will have a good reliable car to drive now. 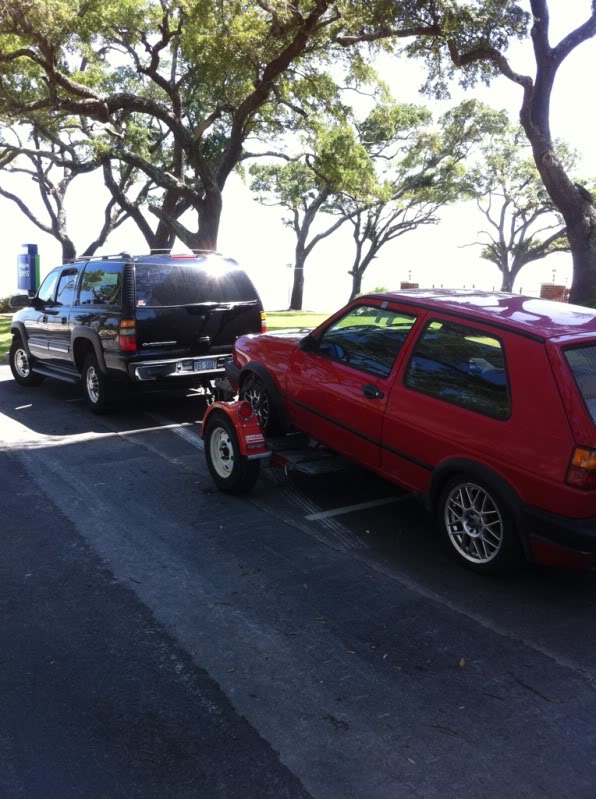 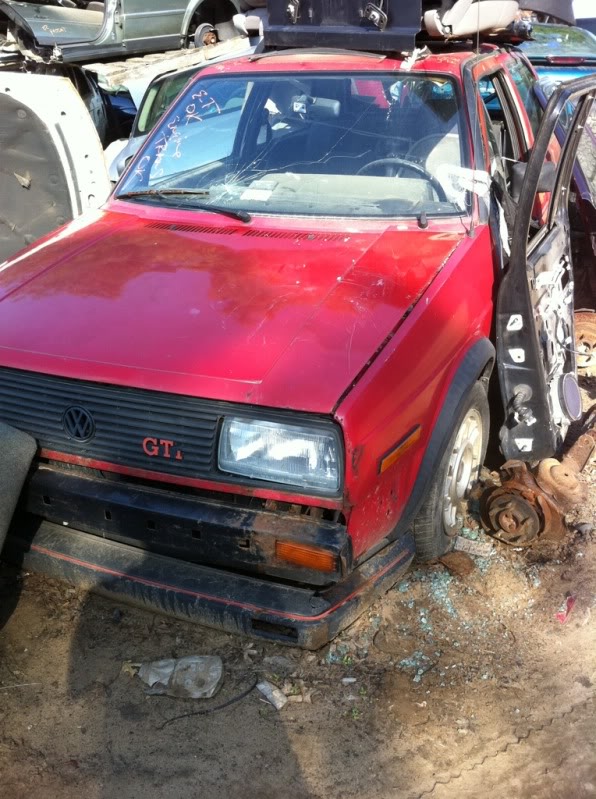 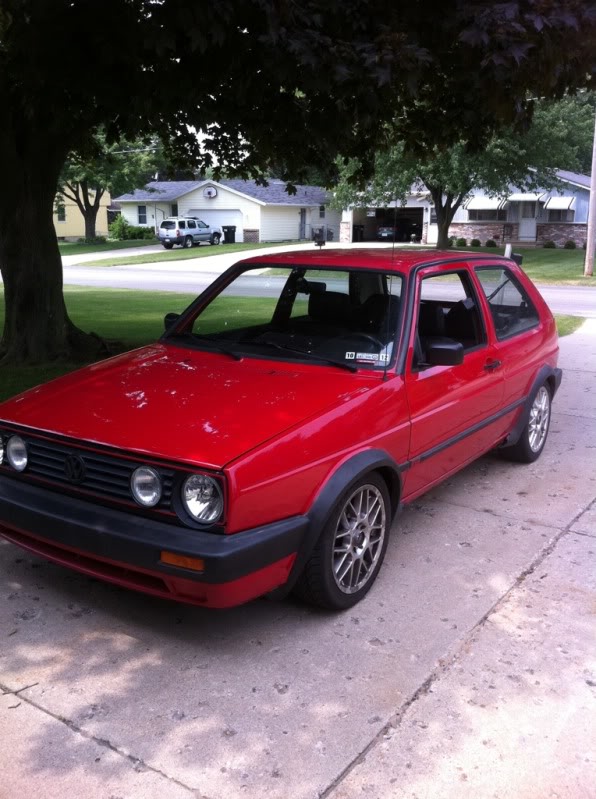 I got the headliner glassed back up so its solid again and put in new padding, next is to glue back in the headliner.

Taking next week off to get the car ready for paint, hopefully paint it next weekend! 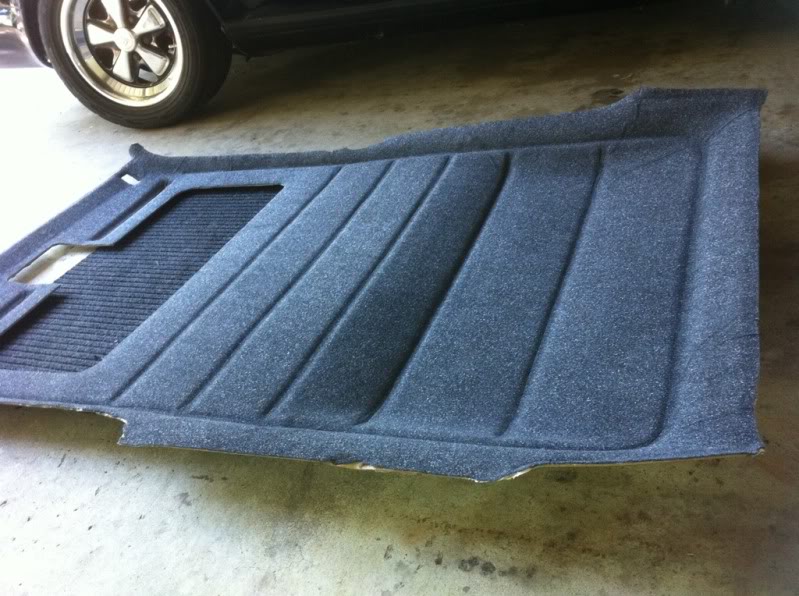 Getting it stripped down, I think I will leave the side glass in, I can run some cord inside the rubber to raise it away from the body for painting! 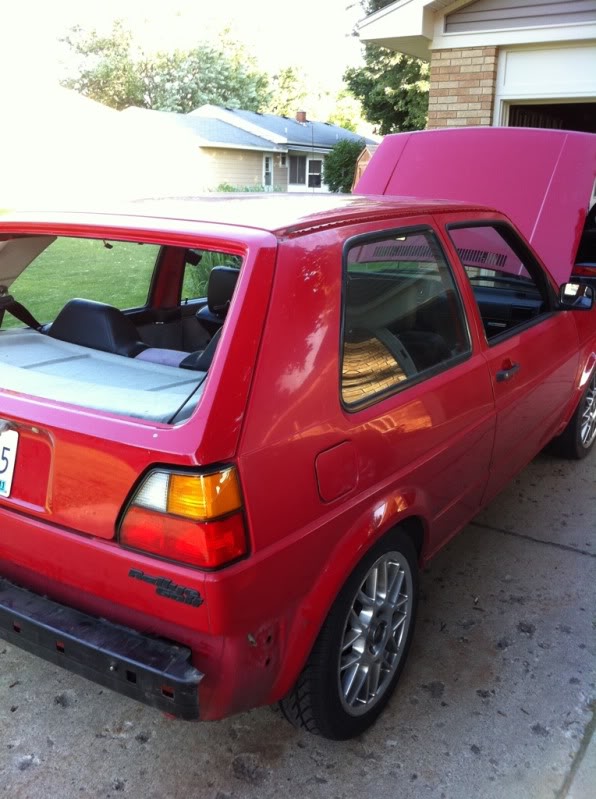 The old dental floss trick to remove the badge, and no I didn't learn it from our British friends 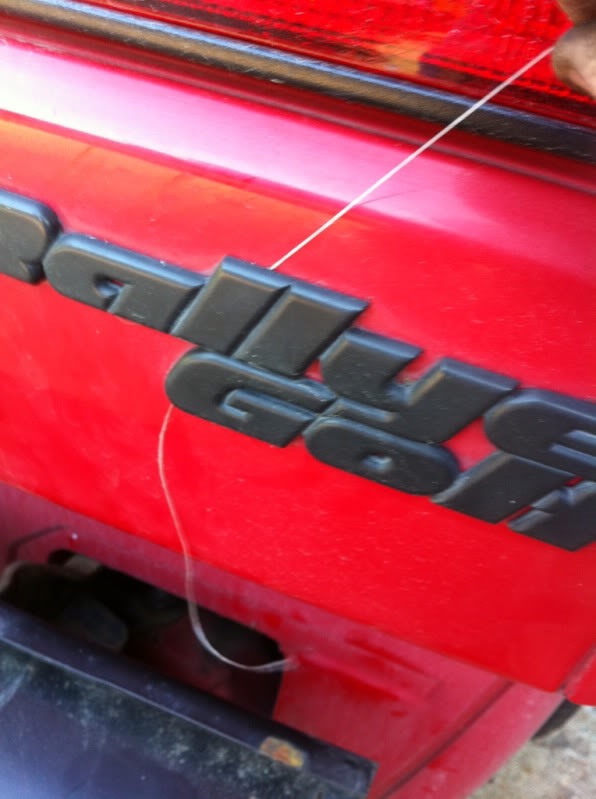 This is the badge that was on the back? I have been finding a lot of strange things on the car. My son said the guy he bought it from was in the Air Force in Germany and had the car there. That explains the AN hardware holding it on! 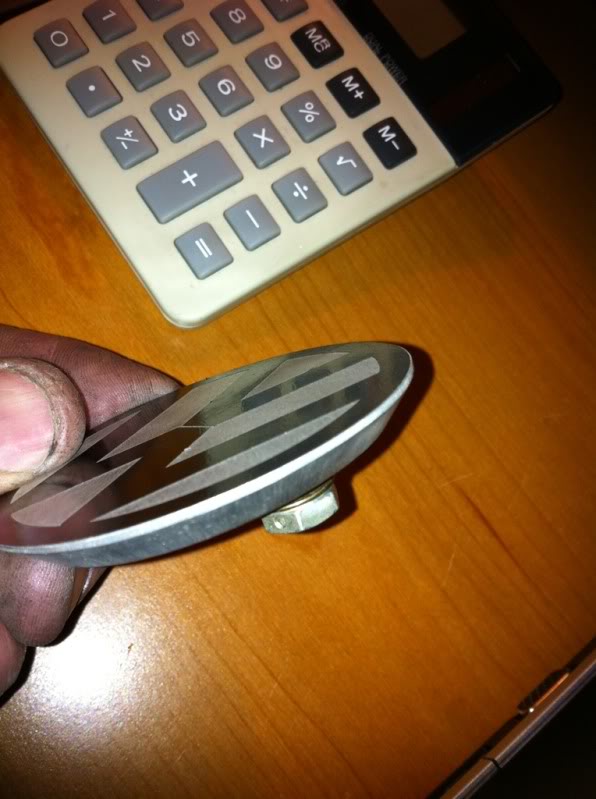 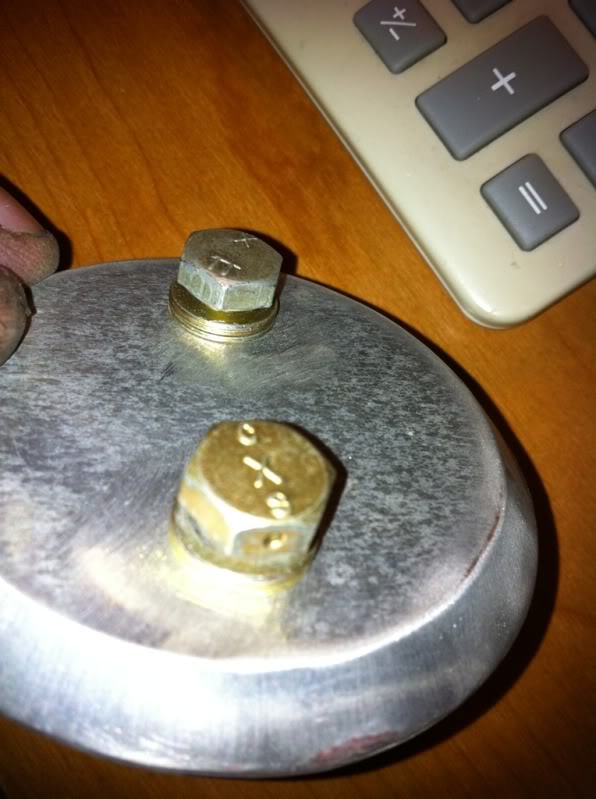 Getting the off the car parts painted. Bumpers got some bulldog adhesion promoter: 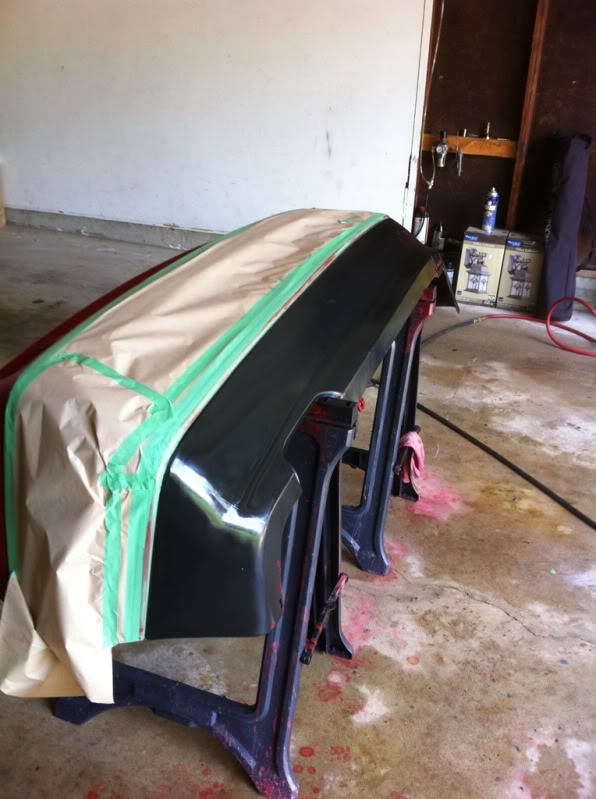 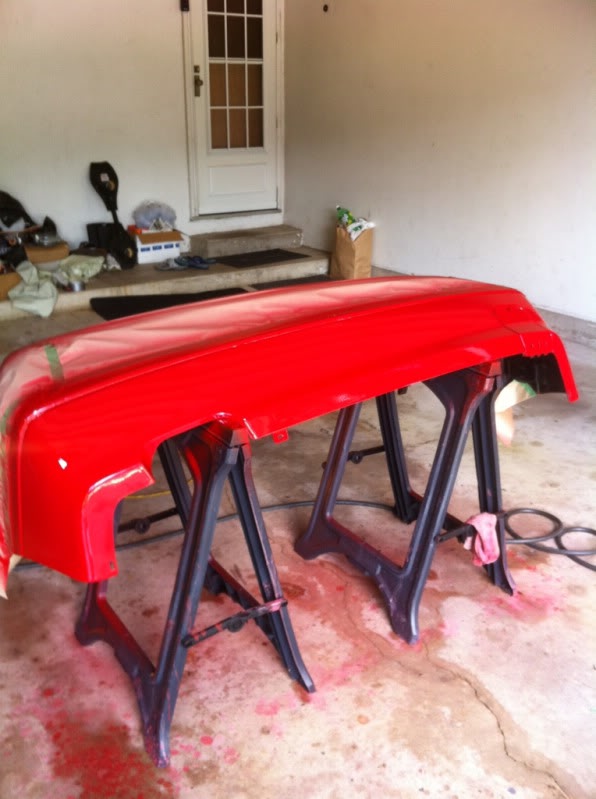 If I get the paint shop cleaned up this will go in on Wednesday for color: 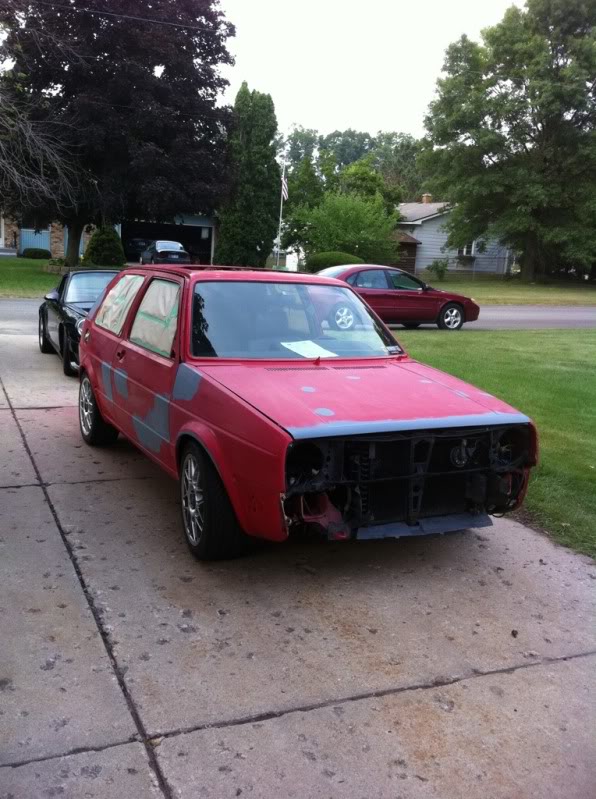 Well its all one color again! Didnt come out too bad but I think I will color sand it and buff it out since I have the time: 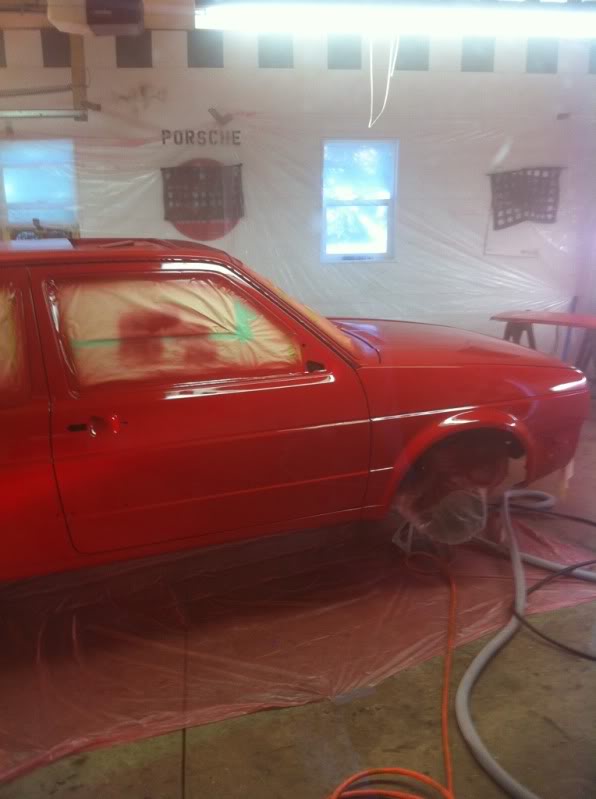 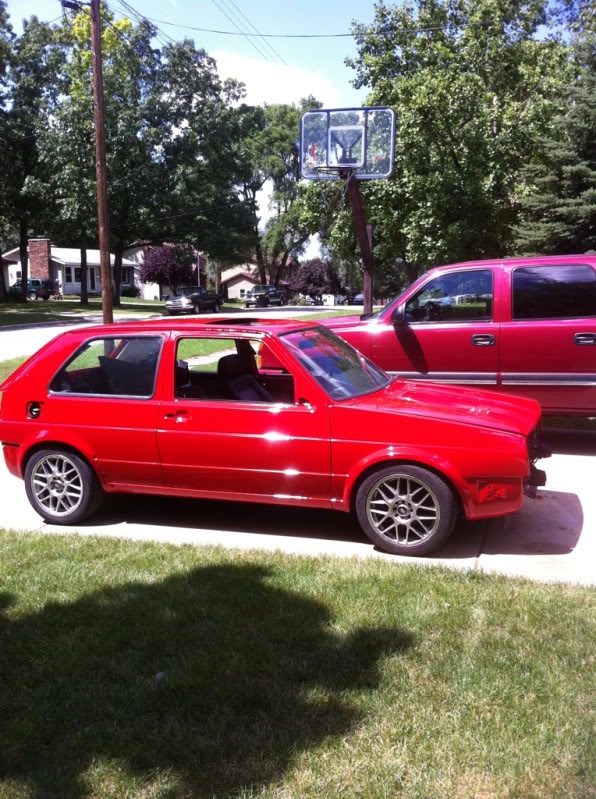