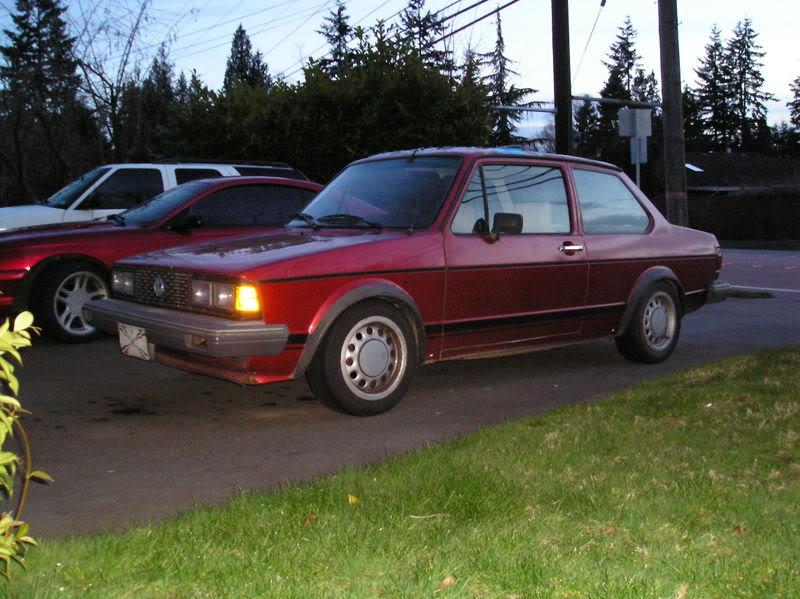 I'm swapping out the 1.6 in favor of a JH motor that came from an 84 GLI. just got some questions for you guys...

#1 IIRC the cam from the 1.6 is the ghetto g-grind cam? straight swap to the JH motor for more lift right?

#2 I can't remember exactly what I need to do to get the restrictor out of the 1.6s TB. something to do with the vacuum line on the back needs to be pulled out then the restrictor comes out easily??? will that be enough to help out the 1.8? 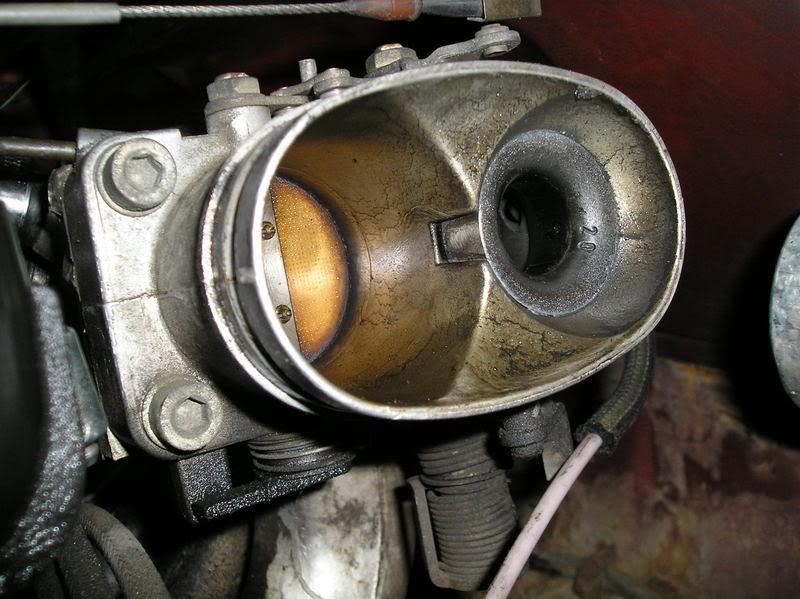 I just got this motor off of craigslist. I already had a bunch of stuff for it including, a full gasket kit, new head gasket, new head bolts, new timing belt & tensioner, new pass side & tranny mounts. I don't want to change the bearings and rings, but I might have to. the cylinder walls don't look that bad, I just need it done quickly and machine shop time isn't in the budget or the timeframe.

Here's where I left off last night 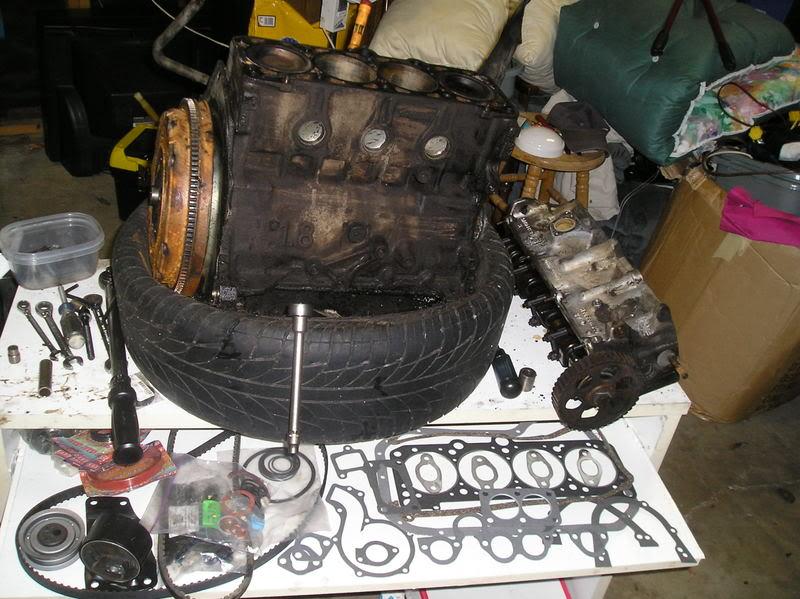 And here's the whole project thread

eventually I will need this for some other ideas I have

last night I flipped the block on its head and tried to pull the pan off. with all the bolts taken out the pan won't budge at all. I think the guy used some kind of gasket sealer or something since there's this black goop that seems to have squeezed out. damn thing is practically glued on I tried to slide my gasket scraper in there and it barely went in at all. hammer aint helping either. dammit

so over the weekend I got a good amount done. pulled the pan off, checked out the oil pump, everything looks good so I started putting it back together. hopefully in a day or two it will be ready to drop in, I have wed off this week so hopefully that will be the day the swap happens 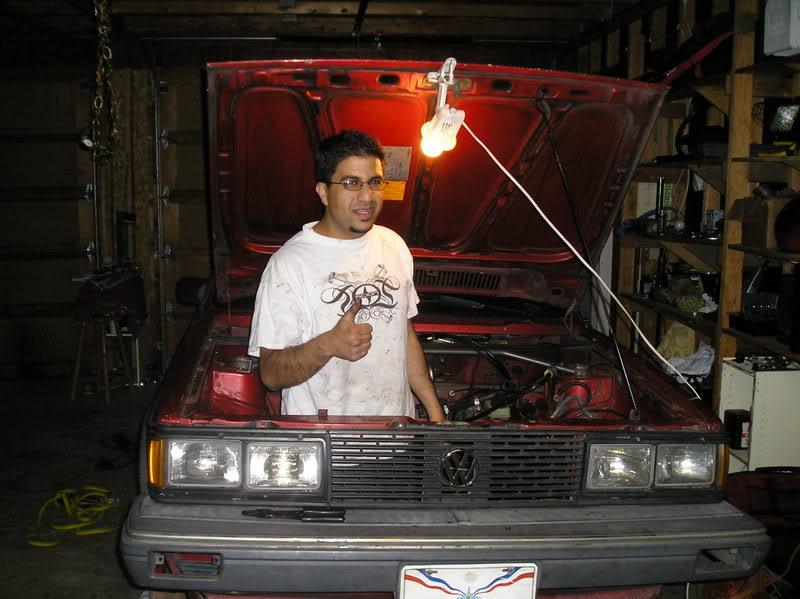 also ordered some "new" rear badges. do I even need to tell you what badge I ordered?

Here's what I did last night 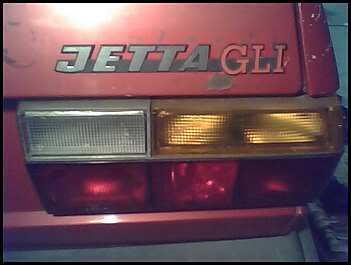 still trying to split the motor and tranny apart, I've tried a few different things, and triple checked that I've taken all the bolts holding them together off...still won't budge..

I also cleaned up the engine bay a little, it's looking a lot better than before. it will look a ton better when the "new" motor is in

also forgot to mention the other stuff I did over the weekend...

-picked up a BMS header

-got a mk2 TB and swapped the linkage. way better than trying to use the 1.6 one

big thanks to Chris over at fine tuning I owe you some! besides the 1.6 motor refusing to let go of the FF tranny the only hang-ups now are the two broken exhaust studs in the JH head and I need a driver side tranny mount. the mount was held to the tranny with one of the two bolts so its toast ... let's see what I can get done between now and the weekend when ill have a day off to actually spend a day in the garage. stay tuned

trying to keep this from the archives!!! 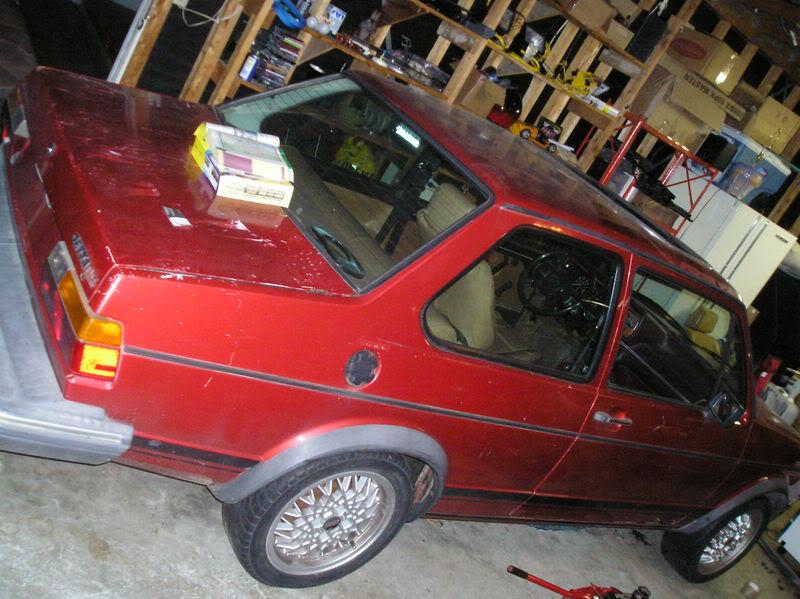 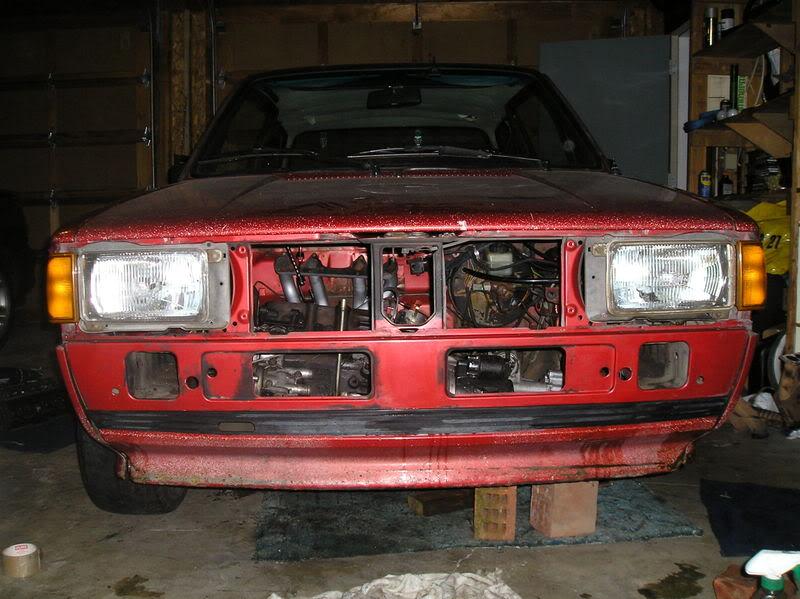 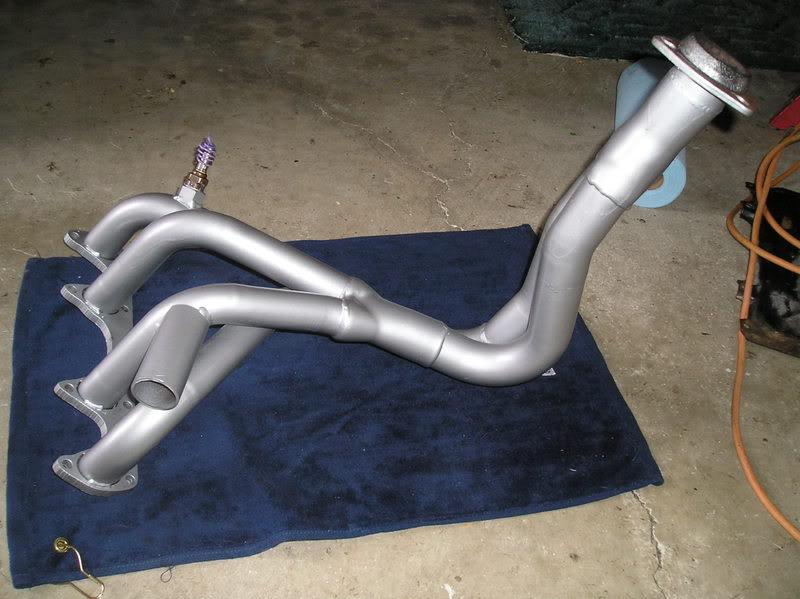 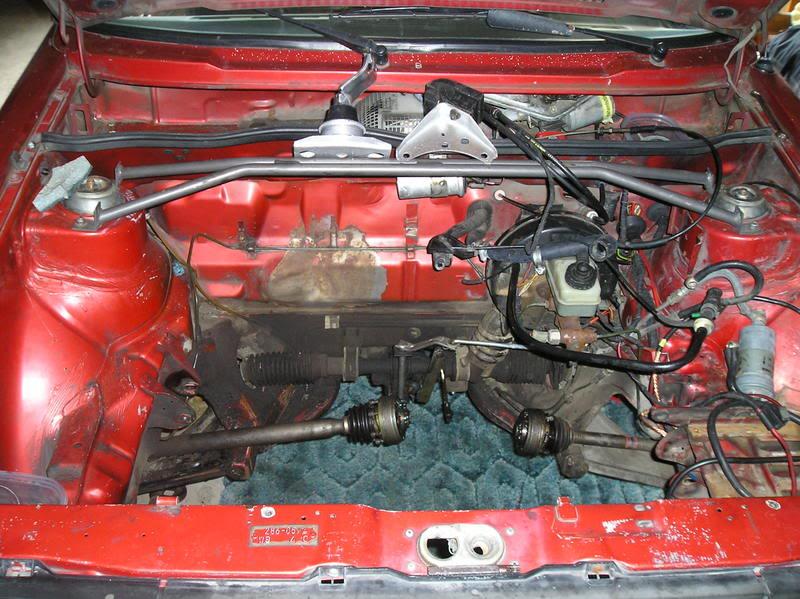 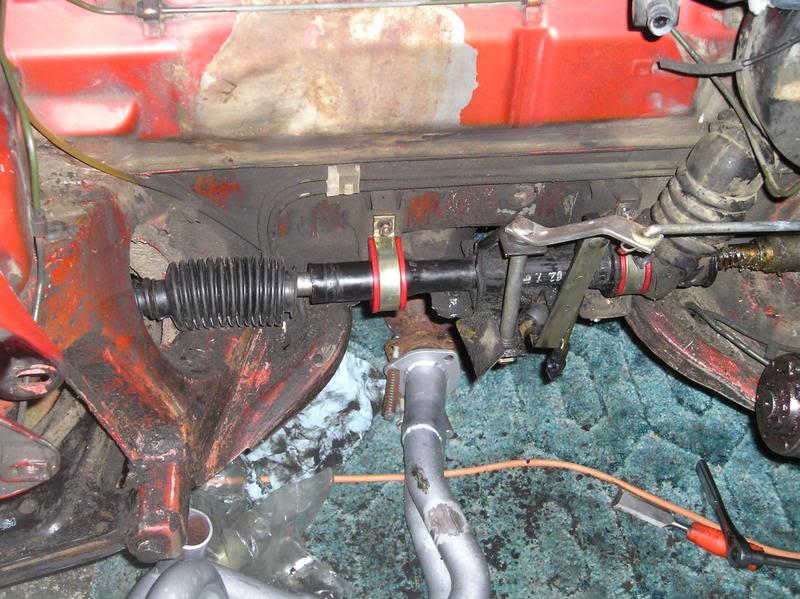 and where I'm at right now 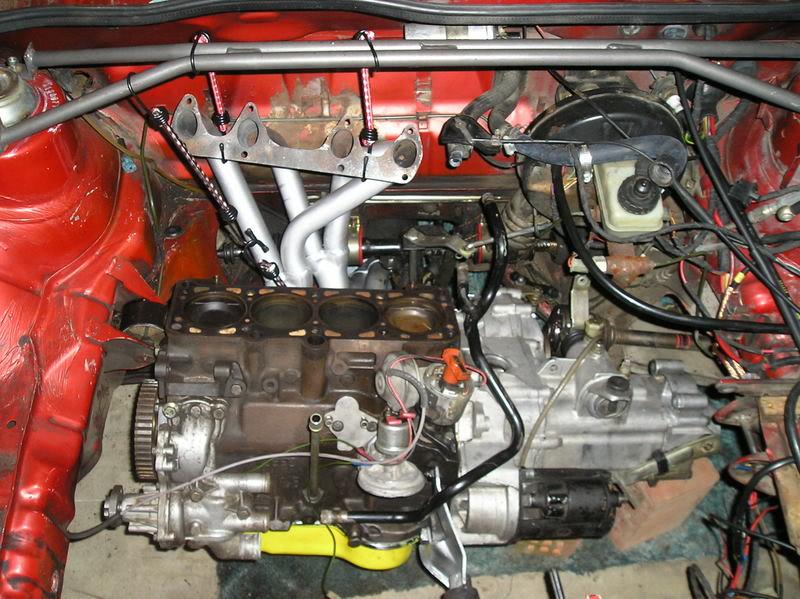 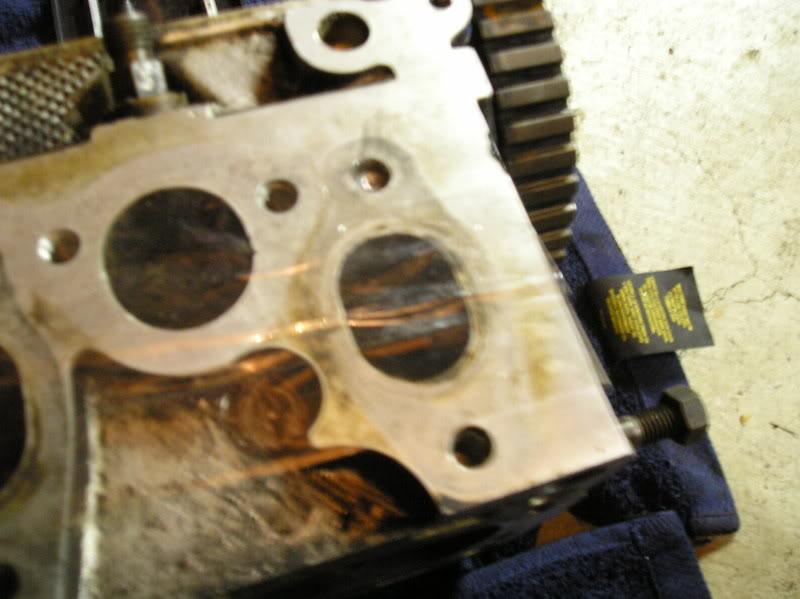 went to the shop before work today since I started late. got the motor mount pressed and dropped off the head for Chris to deal with. I'm picking it up after work and I'm super excited. I'm probably going to be up all night trying to get this done before I leave for Cali for 10 days...

I guess I shouldn't have mentioned that I'm excited because right before I left work I got a call from Chris @ fine tuning telling me that he didn't get a chance to get those studs out but he was going to get it done on Saturday. that great and all but I'm leaving the state till the 24th so this will be on hold till then.

BUT I did do some more work earlier. installed the rest of the motor mounts and tightened everything up, so now it's totally bolted in the car. hooked up the axles and started getting lil things here and there done so that when I get the head back I can finish it off....

is this normal or has this head been gasket matched? 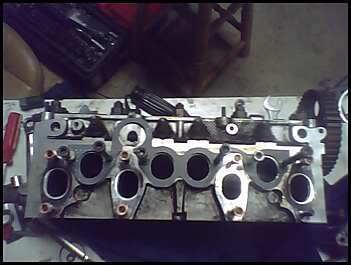 if all goes smooth this thing will be done really soon

installed the manifolds and torqued the head down earlier today. I'm trying to get things wrapped up before the end of the long weekend, but of course I ran into some hiccups....

#1 the coolant flange on the front of the head between cyl #3 & 4 is hitting the vacuum nipple on the distributer. 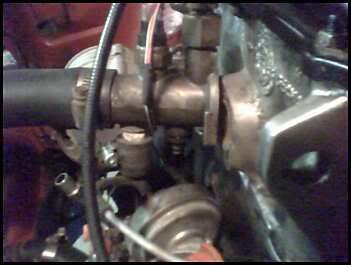 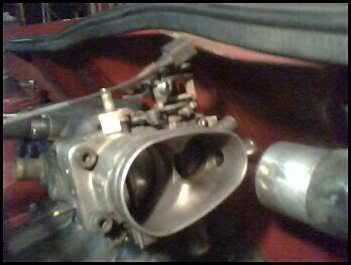 anyone got pics of a stock g60 setup?

slim line fan setup is done, it ended up looking pretty good, almost exactly as I pictured it in my head (which is rare!) 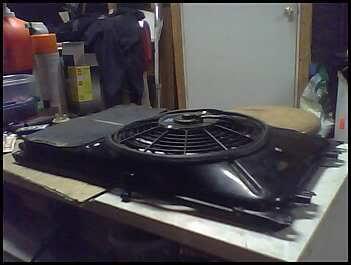 I also have this weekend off so I will actually have time to work on it. stay tuned...

well the intermediate shaft is frozen!

this is why you don't trust anyone's word, even if they are a dubber and on vortex and yada yada yada....

I'm yanking out the motor and I'm going to put the 1.6 bottom end in and modify the JH head to work with it.

anyone got pics of the JH head modified for a 1.6? I know one oil gallery has to be plugged and the other shrunk...

I also picked up a 76 Rocco so I won't have to rush this thing, but I'm still trying to get it done ASAP. the Rocco needed to be lowered so I jacked the suspension off this one and now it's sitting on the tires. I LOVE HOW IT LOOKS SLAMMED!! 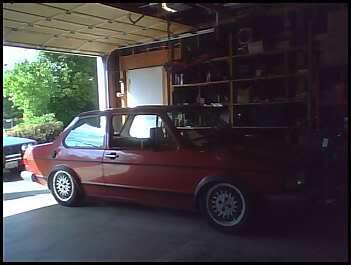 motor is almost out, hoping to get the head to the shop soon. they said it would only take about 4 days turnaround time.

they did mention that I would be losing compression by using the JH head on the 1.6 block. Any thoughts? anyone?

not really sure I want another motor sitting around here, plus the 1.6 bottom end is good still so I might as well use it...

so does anyone have any info about a possible loss in displacement from swapping a 1.6 head in favor of a 1.8 head? Here's a pic I took of the heads... one is from a 1.6 diesel, can you tell which one?

couldn't I just have the machine shop shave the head a tiny bit to make up the loss in compression?

I'm really not sure which route I want to go now ...

A: Stick the 1.6 bottom end in and convert the JH head to work.

B: Complete the rebuild on the JH bottom end by rehoning and all new bearings and rings

C: Find a low mileage 2.0 bottom end and slap the JH on that

yup that rocco is mine, its my daily for now... 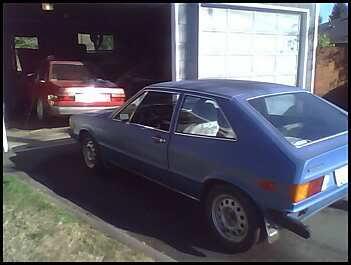 my buddy has always wanted a carbd 16v mk1 rocco and he has the carbd16v setup and ive got the car so i might sell this to him once my jetta is done. id like to keep it but if im selling it to a friend it will stay close ya know?