After one year I decided to change the cabin air filter on our 2013 RDX. The air is really, really dusty and full of pollen in Arizona. Turns out is was insanely easy -- no tools required.

1) Procure a new cabin air filter -- I didn't see any aftermarket parts at Autozone, so I picked one up from the dealer.

2) Open your glove box and pop off that little shelf inside that holds the owners manual. You'll see a little plate with two thumb-tabs at the top, kinda like a batterycompartment -- pop those off and remove the plate.

3) Now you'll see another plate inside with thumb-tabs on each end -- push them in and pop the plate out.

4) Now you'll see the cabin air filter. Note there should be an arrow indicating the air flows from in from the top and out the bottom. Pull out the filter and slide in the new one with the same orientation.

5) Look long and hard at how disgusting the old cabin air filter is -- you were almost breathing that stuff!

6) Reverse steps and put humpty back together.

I was really pleased at how easy this was. On my Suburu, it's much more involved -- like, six screws and removing the whole glove box. This is where you feel good about buying something engineered by Honda. Took me five minutes.

PS: I took a couple pics, but need to figure out some place to host them. Stay tuned.

Sorry didn't realize I can't go back and edit my posts. Here's what it looks like after you romove the owners manual shelf and the first "plate": 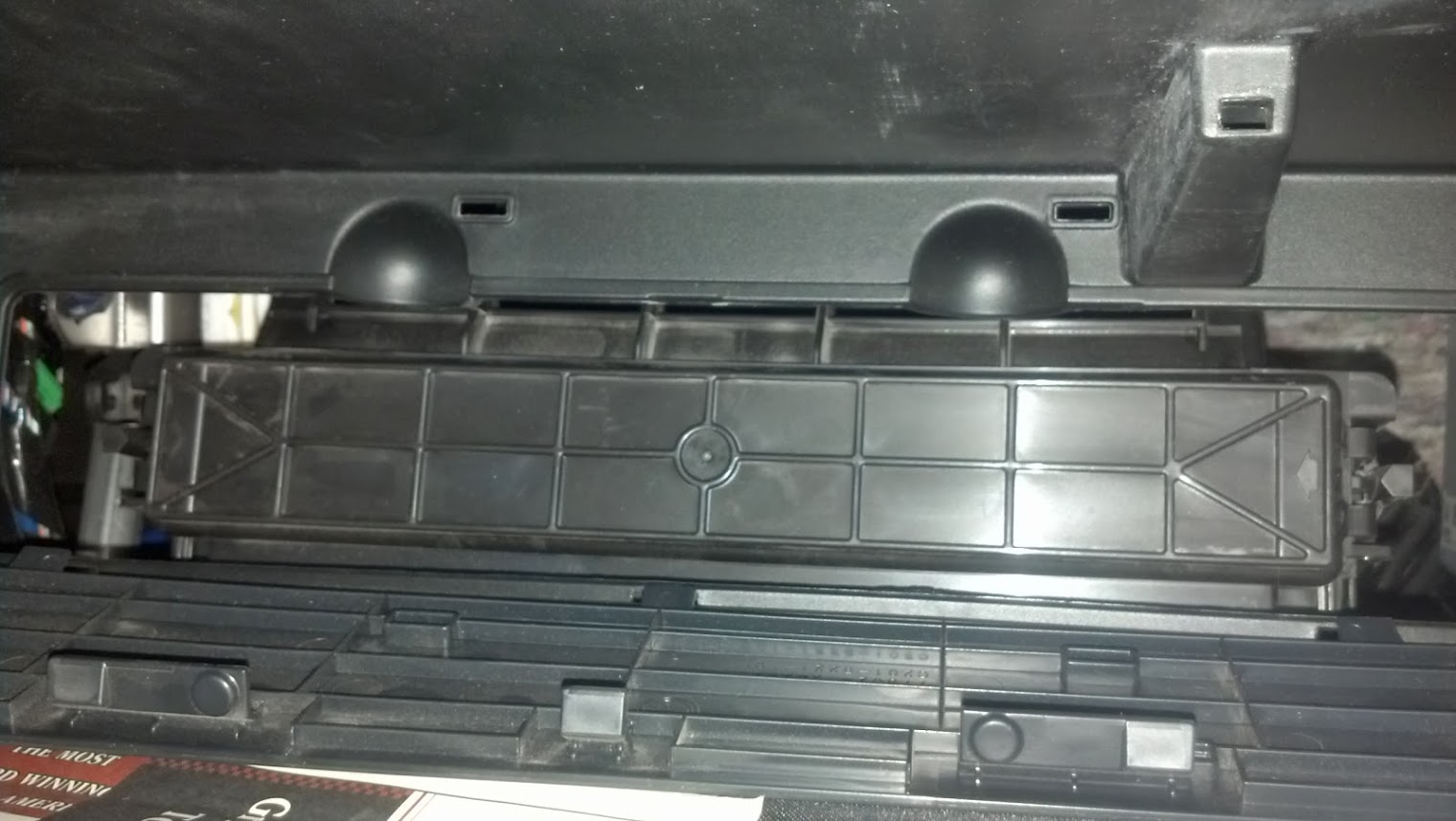 FWIW, after eight months in the Arizona desert, my cabin air filter is already filthy again (as is the engine air filter), so it's worth keeping an eye on it if you're in a dusty climate. I don't even want to know what my lungs look like....