The problem begins with three beeps, a solid yellow ABS light and a flashing red brake light. My problem was with a 1998 Audi A4 with Quattro (and EDL). The warning may come on momentarily while you are driving and go away, but in most cases will become more prevalent as time goes on. It seems to be a common problem with Audi A4 and VW Passat B5 models. These models use the Bosch 5.3 ABS system. 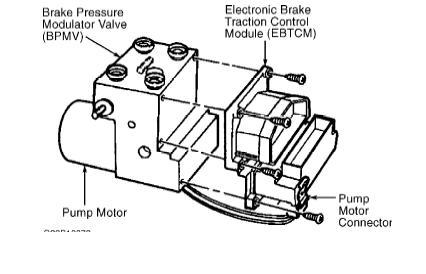 The ABS module is located under the hood on the drivers side. It is composed of three parts, the Electronic Brake Traction Control Module, Brake Pressure Modulator Valve and the Pump. Most of the ills on the ABS system center on the Control Module. The Control Module houses the computer and electronics that make the ABS work. In fact, the Control Module does not even need any instruction from the main ECU to work. The only communication between the ECU and the Controller is to turn the ABS light on and off and to interface for Diagnostic Trouble Codes and testing functions. On cars with ESP, there is also a module under the back seat that monitors the yaw of the vehicle and can apply braking to any of the four wheels to control unstable handling conditions.

To troubleshoot the "ABS light on" condition do the following:

Connect the car to a VAG scanner. Select 03 for ABS Brakes controller. If you receive codes related to wheel sensors proceed with a wheel sensor diagnostics (not covered by this article). If there a problem with the control module you will most likely get a code like the following:

Another error that you with a faulty Control Module is the following:

Once you have determined the ABS module is at fault you have three choices: Buy a new ABS unit, buy a used ABS unit, or have your current Control Module rebuilt. Audi does not sell the control unit by itself. You must purchase the entire unit Control Module, Pump and Valve assembly. In my case, for a "8E0 614 111 M", the cost was $1950. This would also involve bleeding the whole brake system.[Editor's note: It is possible to purchase the electronic part directly from Audi, but the cost is still higher than the cost of the options listed here.]

An easier, less expensive option is to purchase a used unit or get your Control Module rebuilt. In both cases, removing the Control Module and not breaking into the hydraulics is a more attractive option.

If you are purchasing a used unit, be aware the part number is very important, especially the last letter. Most of the Audi and VW Bosch 5.3 units start with the same nine numbers. There is some switching around of part numbers that can be done, but I dont have any information on these options.

I successfully repaired my Control Module through a company in Florida called Auto and Truck Electronics (ATE:High Quality Rebuilds at Exceptional Pricing). The repair was $350 plus shipping. Be sure to call first to see if they can rebuild your controller before proceeding.

The module is not difficult to remove.

1. Jack up front left side of the car and support with a jack stand. 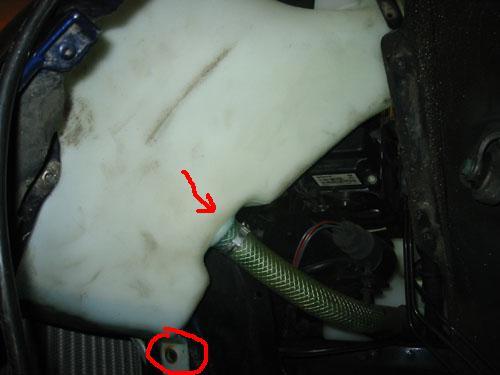 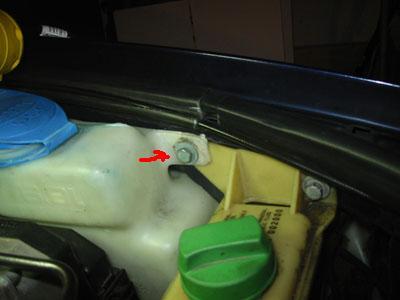 5. The ABS controller will now be accessible. Carefully remove the pump power wire from the bottom of the controller. 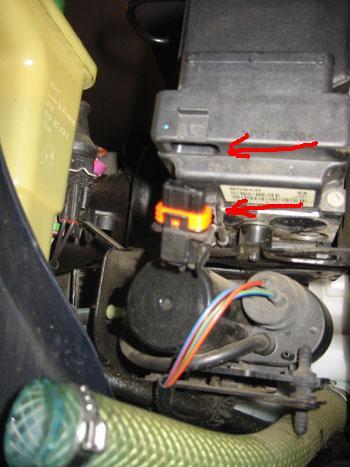 6. Remove the main harness connector from the ABS Module by pulling the connector pull shown. 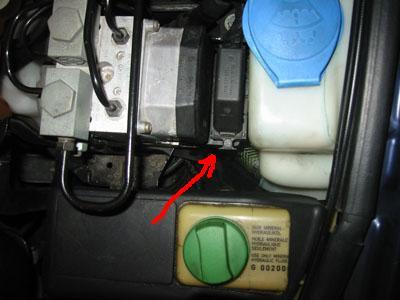 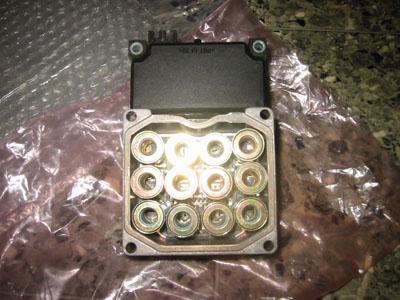 8. Prepare to the Module to ship by securing the solenoids so that they will not move around during shipping and wrap in something like bubble wrap.

9. After you receive the repaired Module back, assembly is the reverse of the previously detailed procedure.

10. After reinstallation, it may be necessary clear DTCs with a VAG scanner to clear the ABS light.