I looked all over for a Walbro writeup or any information regarding this modification. Considering how easy this was and how little information was available. I decided it was about time for me to contribute to r3v. This was done on my 89 325i, and can be done word for word for any car with only an in tank pump. Entire mod start to finish took a half hour while taking pictures.

The earlier models have a transfer pump and an in tank pump and I don't know exactly how this would work without removing the other pump. So DO NOT expect this to work as said in this writeup exactly as written.

To start this off, here are the parts you will need.

3. Fuel filter. A good 'while your at it' thing because the system isn't pressurized.

1. Start by disconnecting the battery.

2. Take out the bottom cushion of the rear seat. there are tabs under each butt pad. Push them towards the trunk of the car and pull up to remove cushion.

3. (Image 1) On the passenger side of the panel under the seat. there is a black cover for the fuel pump. Use the Phillips screwdriver to remove this cover.

5. (Image 3) Remove the four 8mm nuts holding in the fuel lever sender, and pull straight up to remove sender.

6. Use the Flathead screwdriver and the hammer to break loose the fuel pump assembly from the tank. Counter-clockwise, one hit should get it loose enough to remove straight up by hand.

(Image 4) As you can see these pumps are close in size, you could technically unplug the original pump into the brown coupler and secure the Walbro to the rod but the pickup would be about an inch higher than the original pump was, resulting in less usable fuel. (Image 5) The fuel pump kit comes with almost everything you need for the retrofit. Extra parts are minimal. I used old BMW clamps as the screw mechanism was thinner than the ones i bought at Lowe's. The Lowe's ones were too thick and wouldn't allow the pump to fit trough the fuel tank hole.

1. Remove old fuel pump from rail. Basically pull it off.

2. Remove the bottom metal shelf that the old pump rested on. Use the pliers to break it off the rod that goes down.

3. Use pliers to bend a small tab for the new pump to rest on, maybe 5mm at most.

6. Use either Supplied butt connectors or solder new pump wires to bottom of the two prong connector. (On my car, looking at the plug, the prong on the left was ground. On the right was power. Please use multimeter to confirm this on your car.)

7. Reinstall opposite of removal.

8. Probably a good time to replace your fuel filter while your at it.

My car has had this fuel pump with no other modifications for about a week now. I haven't notices any ill effects. In fact, my random long starting problem has disappeared. I suspected that brown connector on the old pump was letting pressure leak out of the lines when car was not running. Also this pump makes less noise than my old pump, but my old pump sounded like a supercharger on its way out. I can barley hear the pump from outside the car, but not from inside the car. 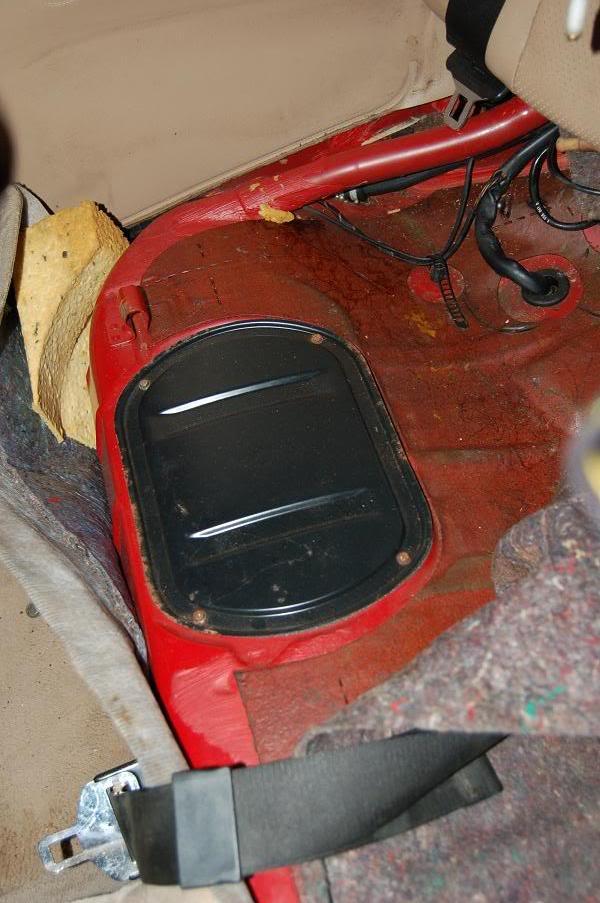 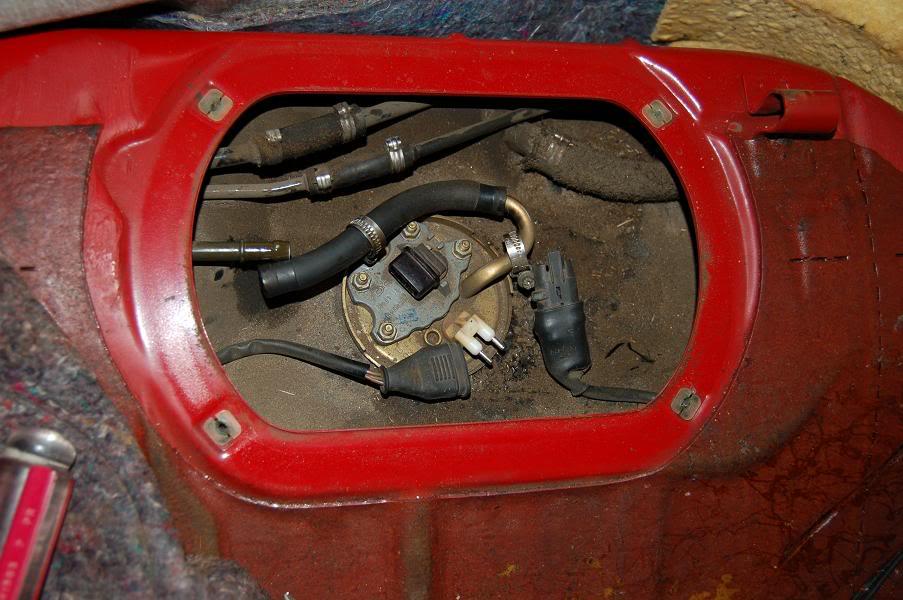 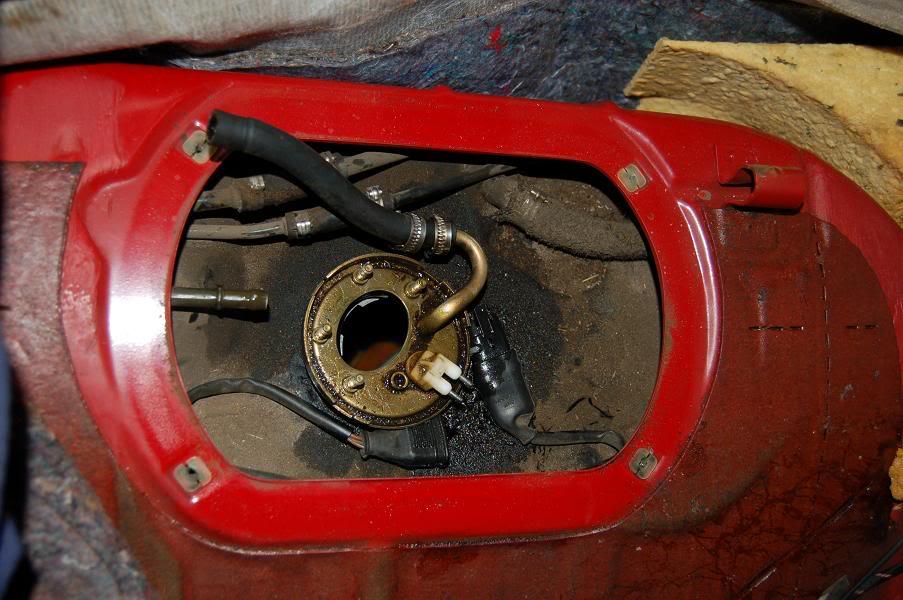 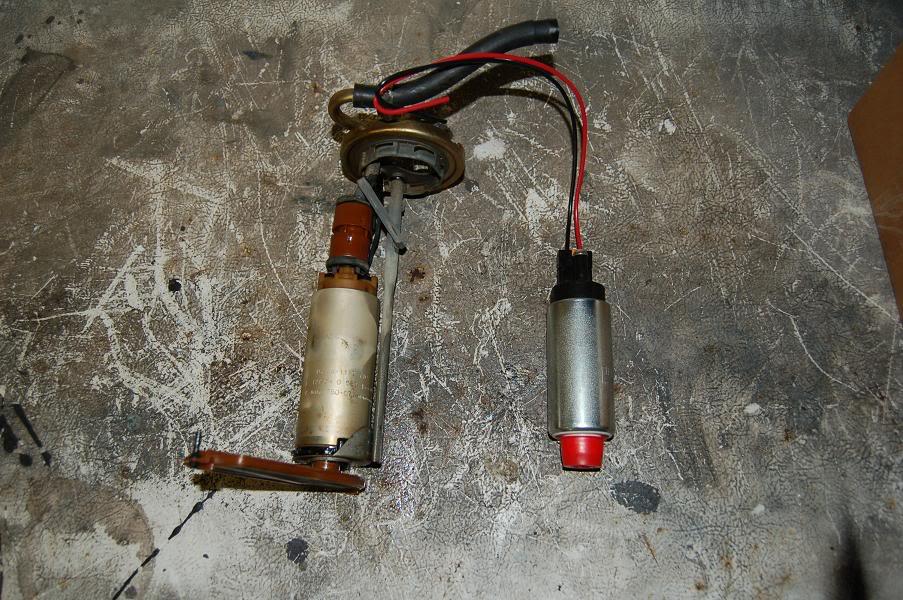 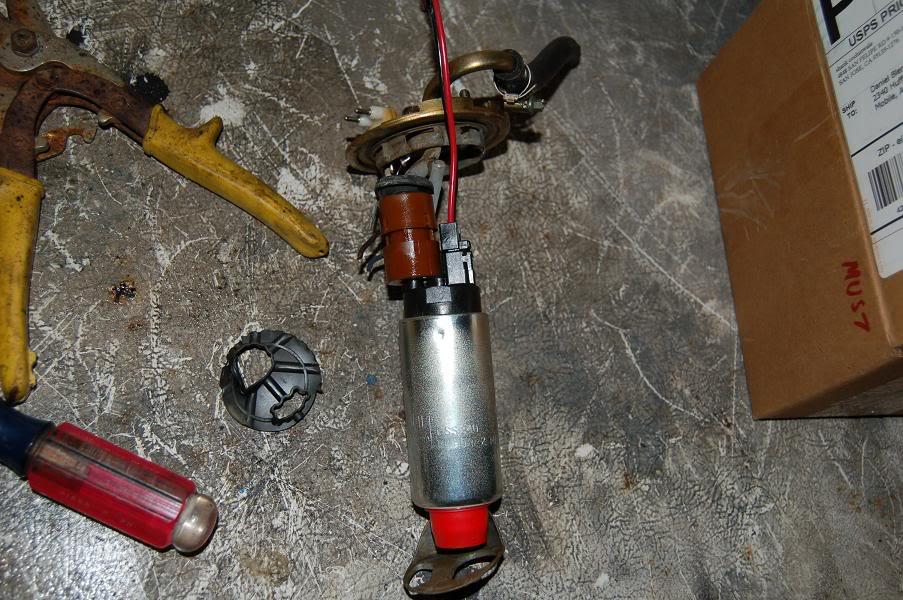 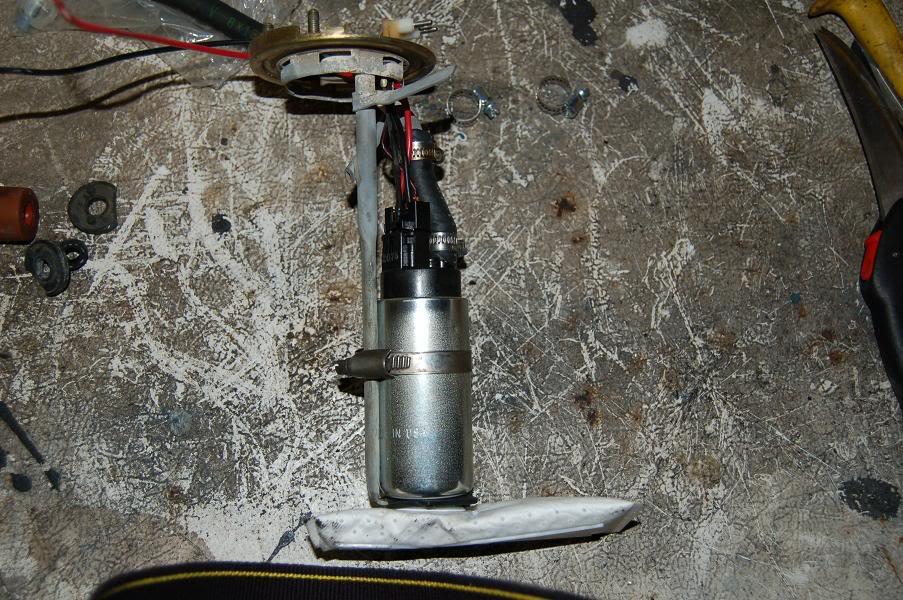 Seriously, stay away from the TRE pumps. i've run a couple of them that both failed on different cars in short order. TRE's customer service was horrible and they didn't honor their warranty. Ive run quite a few more walbro's without fail for years, they are more than worth the extra 20$ or so.