For years now, I've been a bit frustrated when using the jack pad adapters. You want them to line up, but you can't be there holding them when jacking up to make sure that they go right into the socket. Now that I've installed a lift, I need all four points to line up. I used some double-sided tape and that worked, but I wanted something that would be a bit less hassle. So I've come up with an easy mod that holds the adapters in place until you can lift the vehicle. You may be able to find some adapters that already have this feature... if so, I'd buy them. But I had four from ECS tuning on hand.

The idea is to put a point on one end and a spring loaded piston on the other. 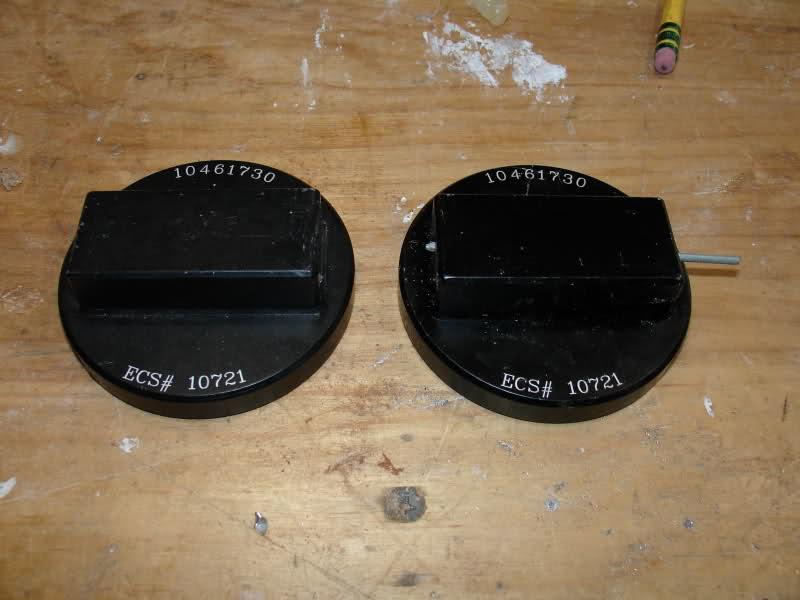 After lining up the adapter and clamping it down square and plumb, I drilled a small hole about a half inch deep in one end. 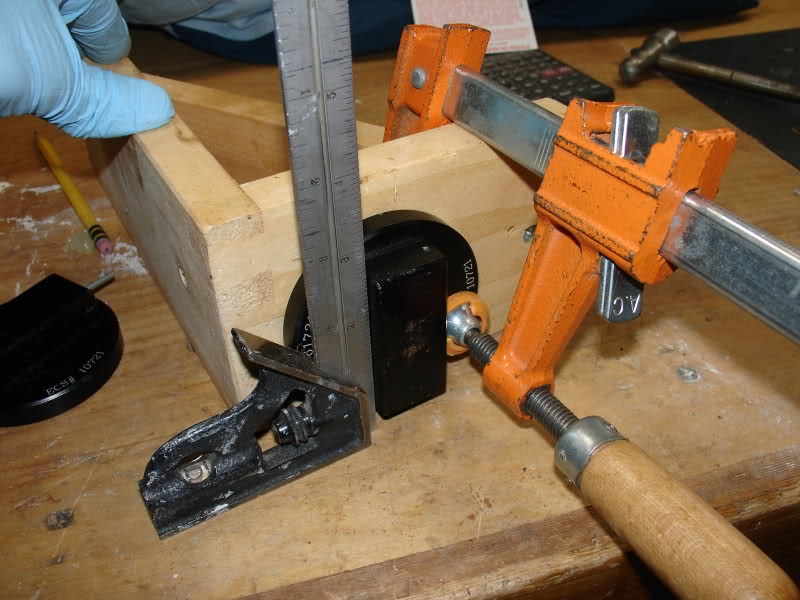 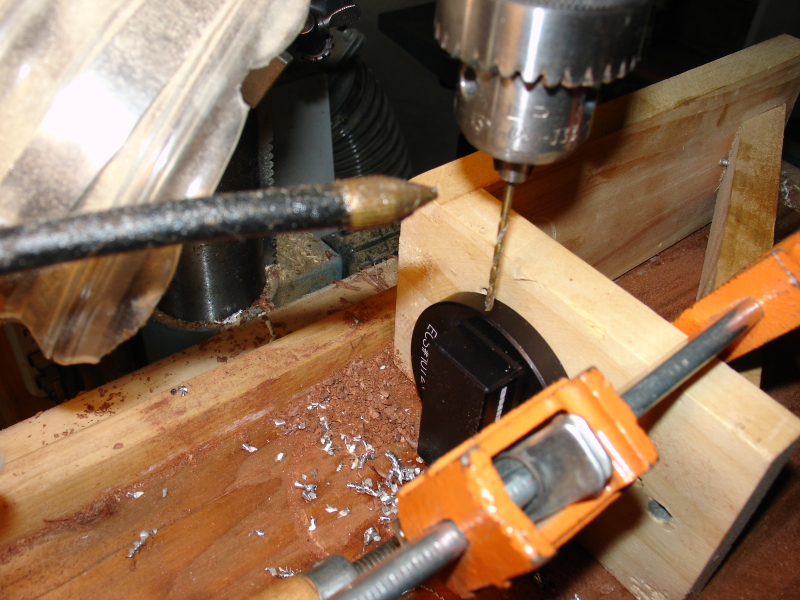 I then inserted a small nail to full depth, marked it long about a sixteenth, cut the nail off, and backed it in with a spot of hot glue to keep it in place. 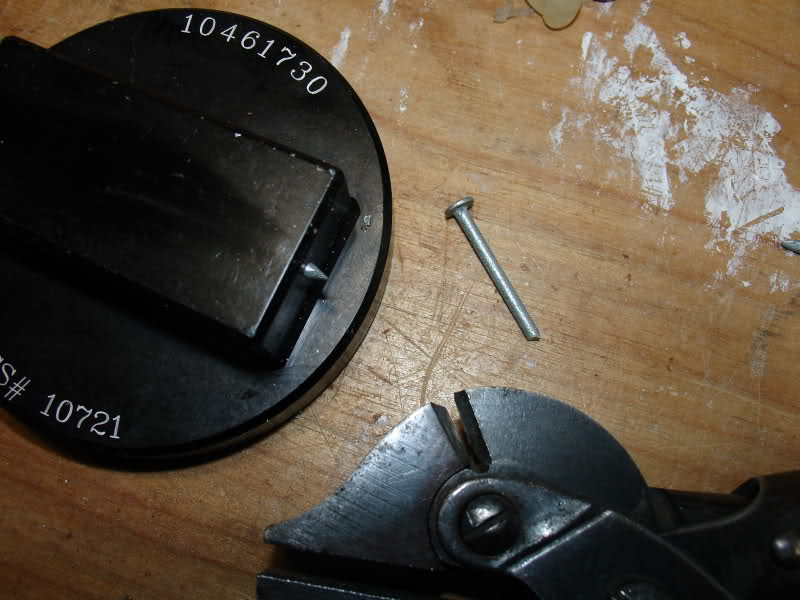 I then drilled the other end with a bit large enough to accommodate the head of the small nails I was using. 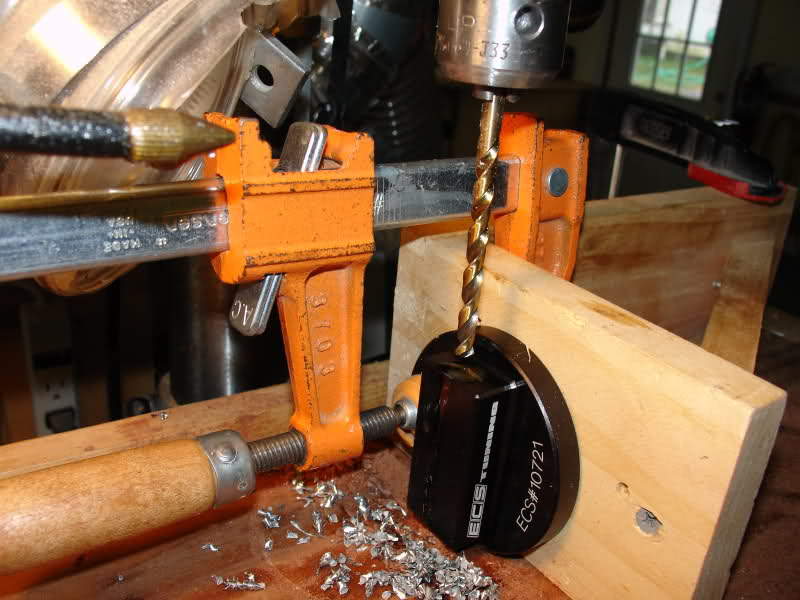 Taking apart a collection of pens, I collected springs and plastic pen points. After taking out the insides, I shoved a pen point into the hole and used that as a guide cutting off the pen point about a 32nd long. 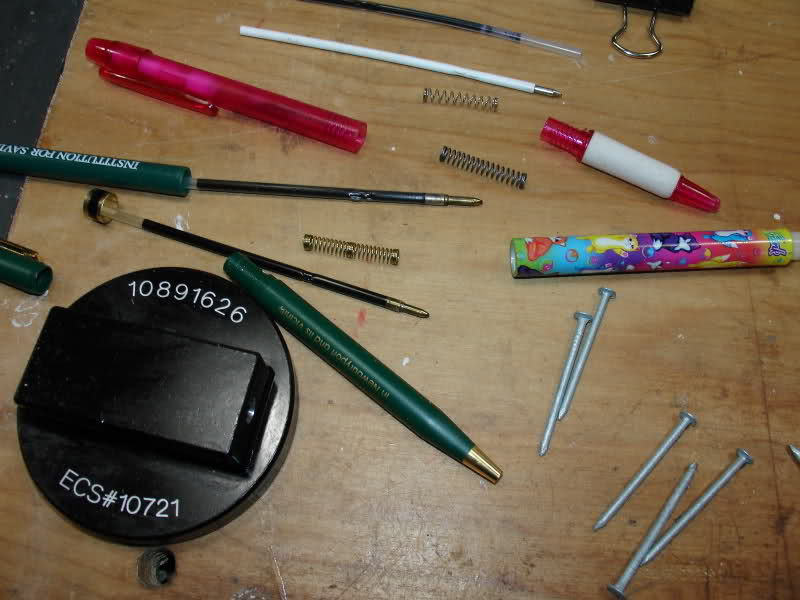 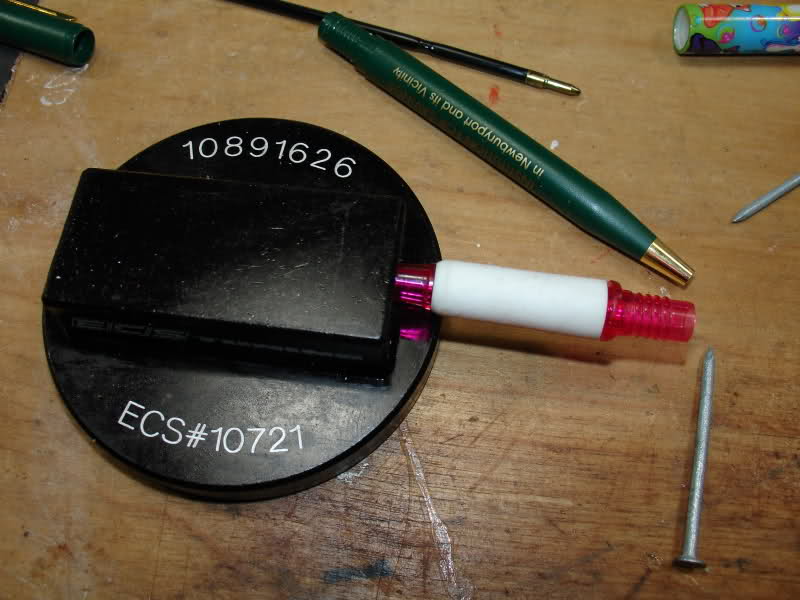 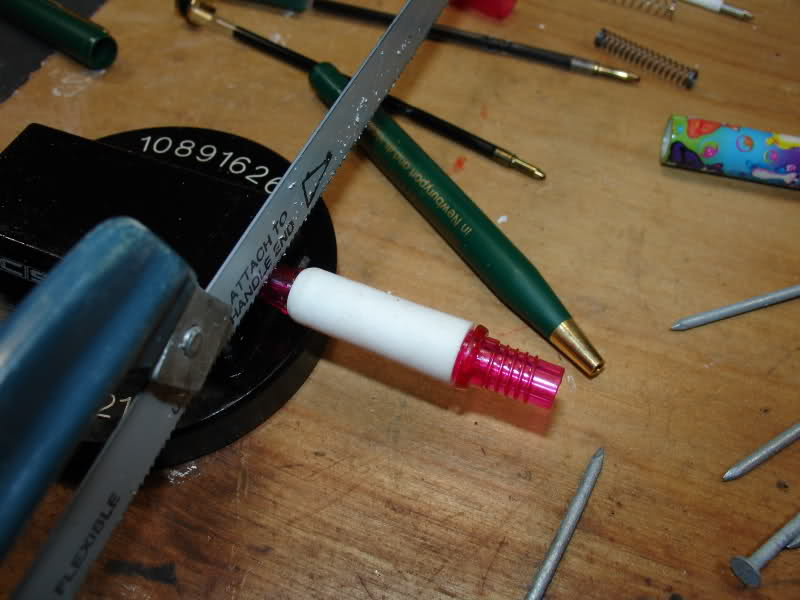 I then inserted a spring, the nail (head end first), and the pen point (pointy end in first). I seated the pen cap using a screwdriver and a few hammer taps. 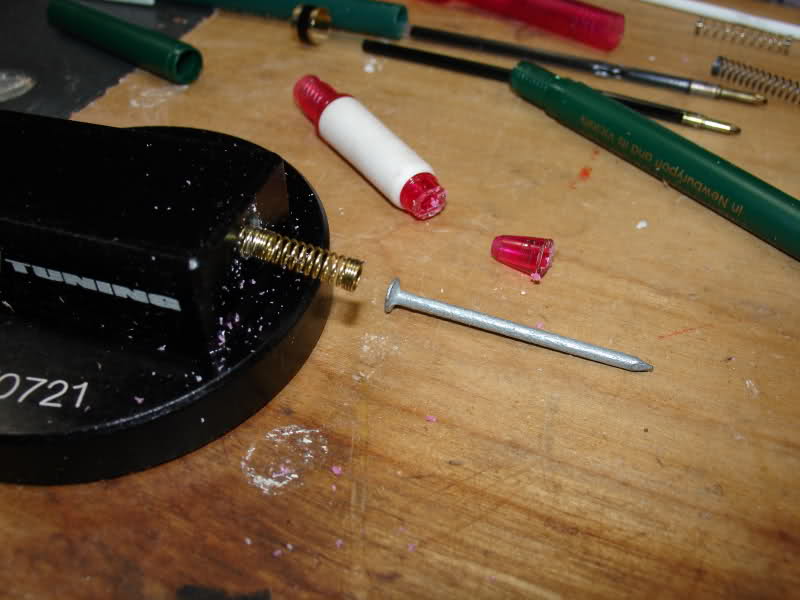 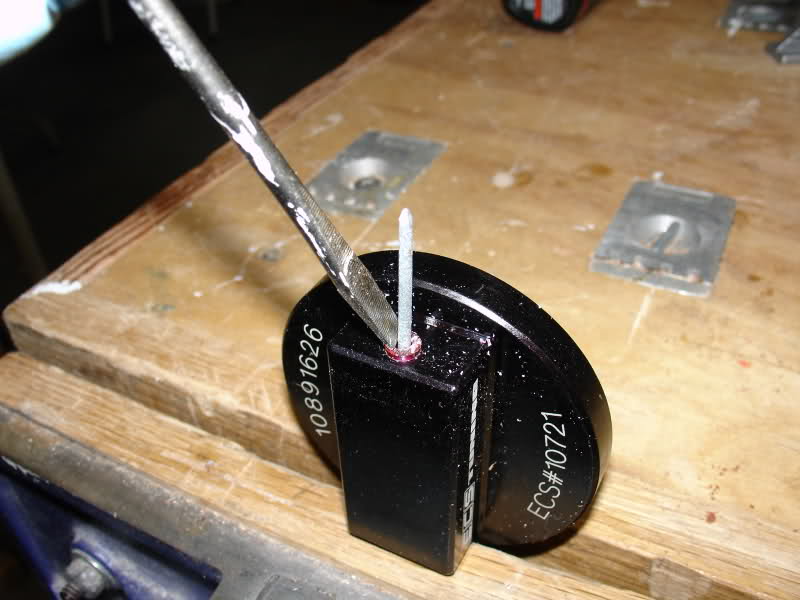 Done! To put the adapter into the jack point, you insert it plunger end first then swing it up and in engaging the point on the other end. 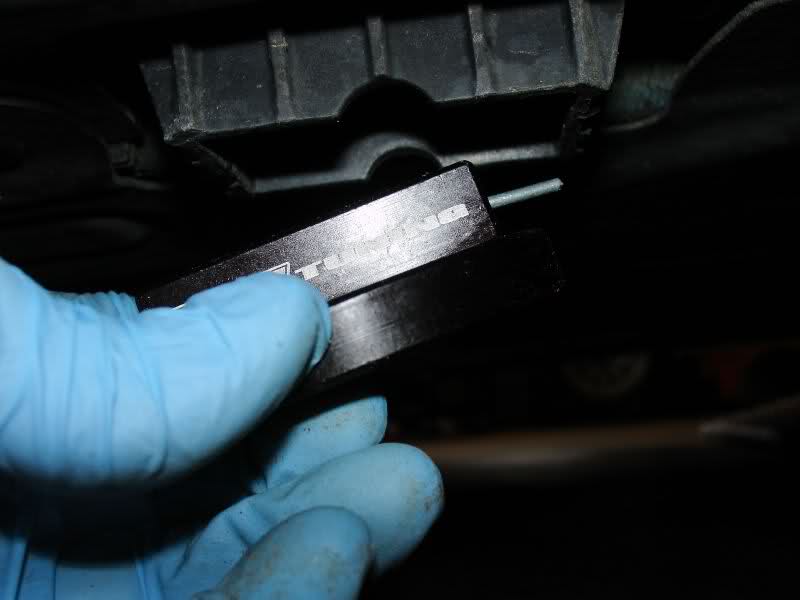 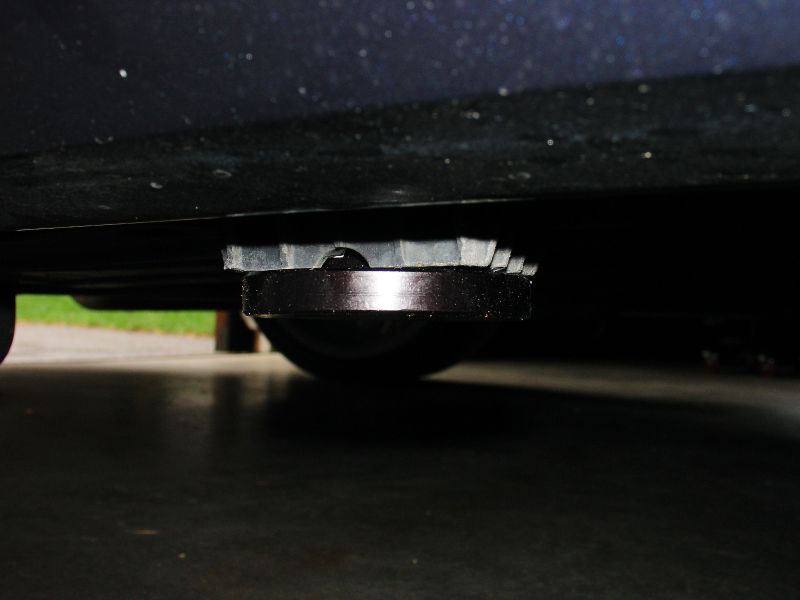 To do four of these should take about an hour. 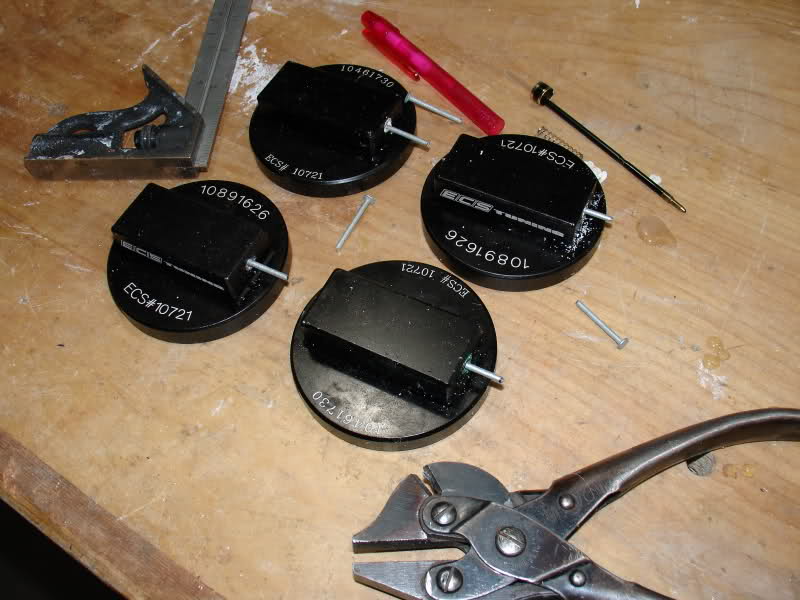 I would like to be able to write, with a straight face, that I am never an idiot. Unfortunately, I am fairly regularly an idiot.

Today I had the car up on the lift to change the brake fluid over. I was running a bit late though for an appointment. I got the garage cleaned up pretty well, put all the tools in the shop (to put away properly later), lowered the car, got myself cleaned up, and off I went. Later, I had to shuttle kids around. As I was driving home, I realized I had forgotten to remove the jack pads. I figured there was no way they could have survived all the bridge joints and rough pavement I had covered.

Got back in the garage and looked underneath. There they all were. Somehow, all four had made the trips. Reached underneath, and was able to quickly remove them.

Stupid thing to do, but I did give the mod a good test, eh?