Good Morning Fellow car geeks, I wanted to give the group the pics of my fix of the only oil leak my car had when I got it 2 weeks ago, the dreaded power steering overflow cap. I joined M3post and started digging though old post looking at solutions members had posted. Some using a crazy screw on cap that cost $665 dollars ( I might have looked into an electric power steering if I was in for that much (like my friends race car uses) others just stuck a sock over it, which seams like a fire waiting to happen(oil soaked sock dropping on a red hot header) and the last one which seamed to work well but made checking the fluid a hassle was the brake overflow with a tube option. In the end I liked the swap to The 1M unit (also standard on all F-chassis models). But I was frustrated that no-one (that I could find) had a good solution to adapt the larger 3/4 outlet to the 1/2 hose the return on the e92 M3 used. I did what one user recommended and used a plumbing adapter but it looked horrible, And I had doubts that the rubber it was made of would last due to the caustic properties of the fluid used. I ended up at my local Sprint car shop digging through the selection of AN fittings in an attempted to use AN to adapt the hose size. but this proved to be ugly as well, going from 8 AN to 12 AN requires a large amount of product and you end up with a huge adapter that would not fit in the location, then purely by accident I placed 1 22 degree angled 8 AN to 3/8 NPT fitting and realized the threads almost treaded right inside of the 3/4 outlet, AWESOME!!! I went down and got a 3/8 NPT tap and taped the inside of the outlet pipe. it is surprisingly strong, I took my time and ended up with a treaded inlet that would actually handle tightening and pulling on it. The 22 angle also allowed me to clock the outlet. you need to face it more towards the front of the car otherwise the hose wants to contact the AC pulley below and that would be bad

Hope this helps someone. Oh, almost forgot, this cost me less that $100. including all the AN and new fluid. 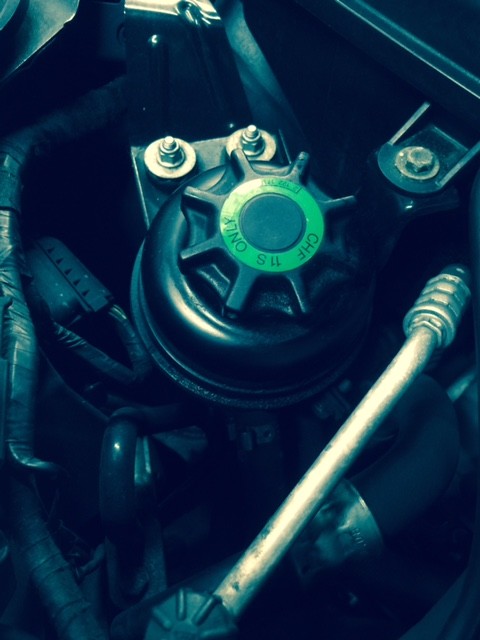 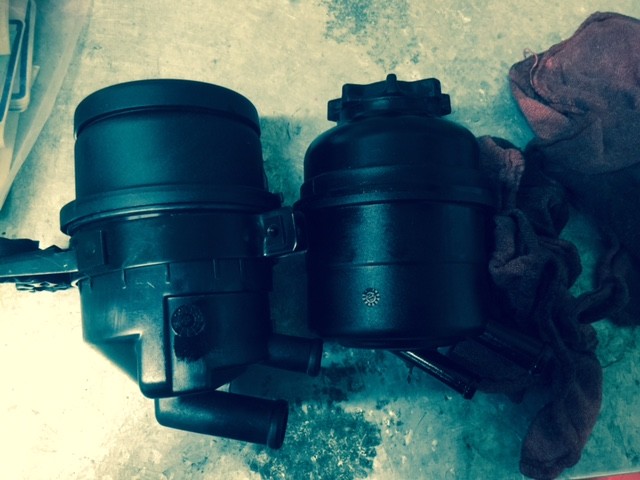 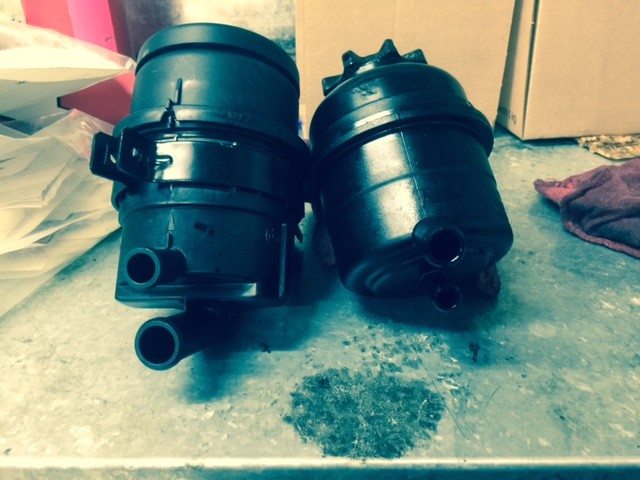 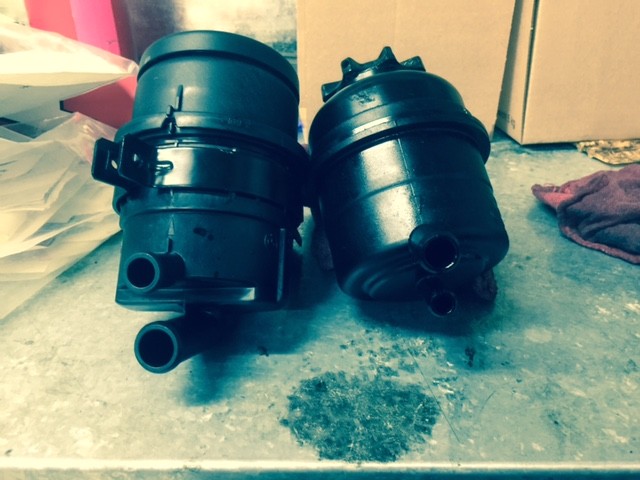 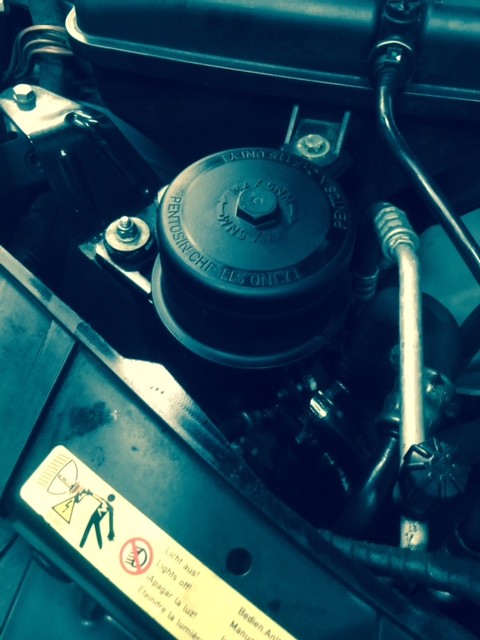 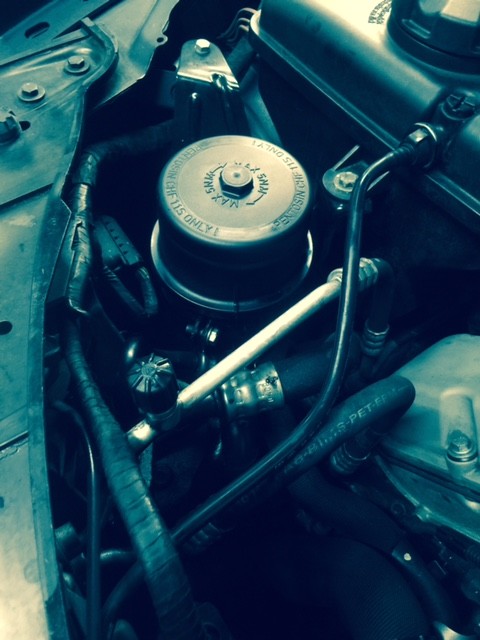 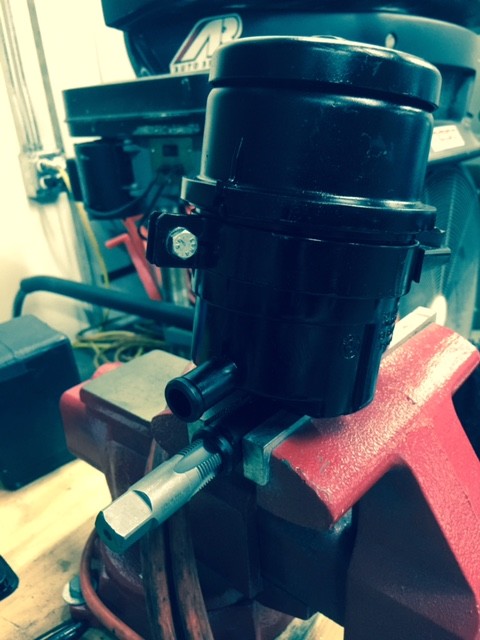 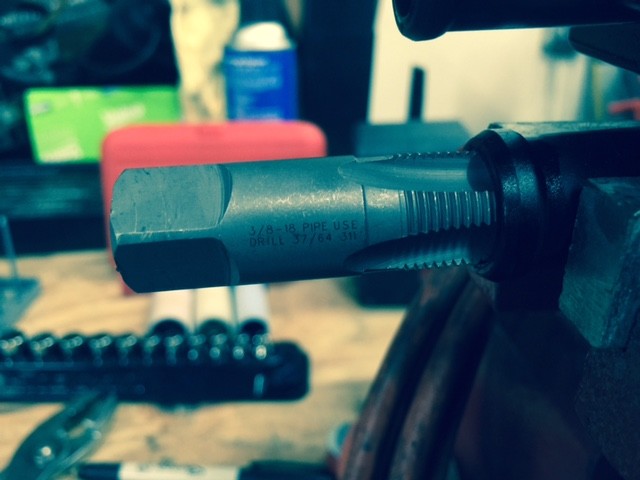 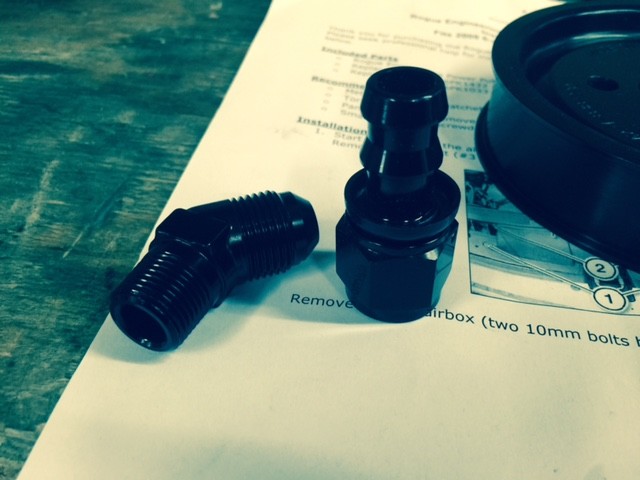 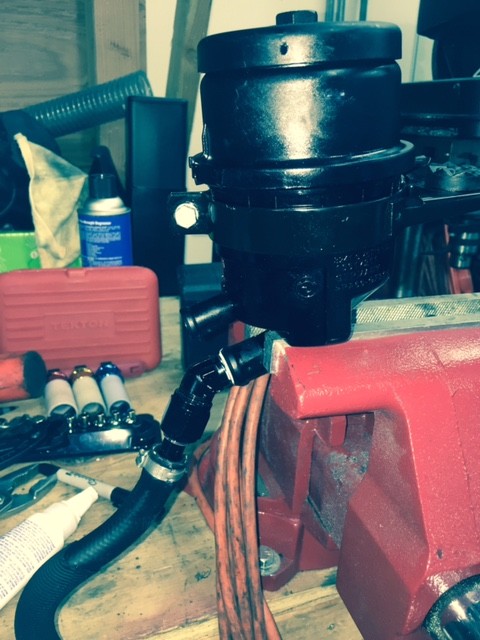 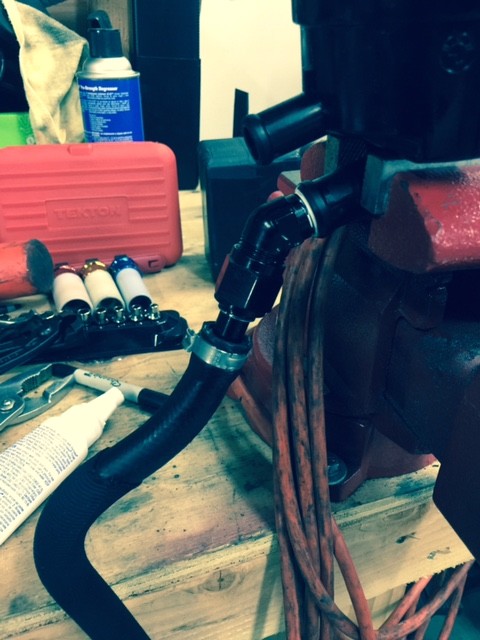 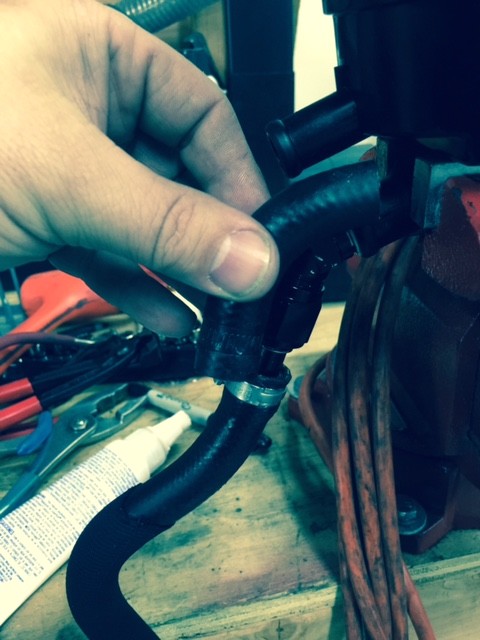 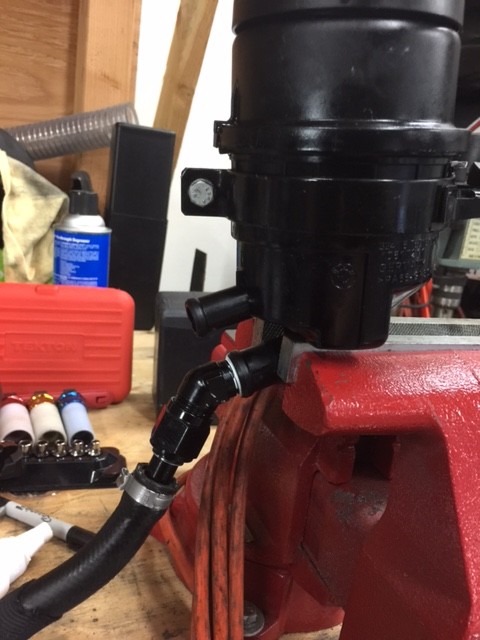 one more note, I cut a section off the original hose that was the same length as the AN parts and I used a crimp clamp. If you don't have crimp clamps get a kit from Amazon \

(http://www.amazon.com/gp/product/B00...?ie=UTF8&psc=1)
It's cheap and looks much better than the crap ones with the barrel screw that tights the unit. Those break easily and end up being the addition that cuts the crap out of you when your trying to work on your car.

On the old worm gear, my first attempt used 4 worm gear type clamps and was the ugliest thing I've ever done to a car. I felt guilty for days so I re-did it when I ripped the car apart to replace the bearings.

LAWSON'S Performance in Petaluma CA. but here are part numbers for the same stuff

or any other vendor, I tend to try and make sure all my AN stuff is from the same company