Like many people I really wanted to add an M5 lip spoiler to my 98 e39. I really love the understated look of the lip spoiler. So I checked out eBay and took a gamble on one of those cheap reproductions running for $45. For $45 who could lose? Off I went and bought one off of eBay with buy I now. Like many eBay experiences it took 3 and a half weeks to receive the spoiler after many tall tales from the seller as to why it was taking so long. When the spoiler arrived it just didn't look right to me. Now I have seen many M3 spoilers in person but never an M5 so I wasn't sure of the differences. Not happy and feeling kind of cheap for buying the repro I went to the local BMW dealership (Williams auto in Okemos MI) and ordered an OEM M5 spoiler and 3m tape.

The repro was actually made from a mold of a real M5 spoiler because it had partial part numbers still visible on it. However, the repro was molded in two halves making a rough line where the top and bottom of the mold met. Some sanding would be required to smooth the edges. Also, the reproduction came with two thin strips of 3m tape already taped on it. Lastly the big difference between the two was that the reproduction had a different slope curve at each end of the spoiler making it in my mind different. This was the difference I noticed right away.

Check out the pictures. Now The OEM is a flat white so it looks less curvy but it's the same as the Reproduction which is black and some what shinny.

The OEM spoiler comes white and ready to paint, no sanding required. It's a little less flexible. Not to mention that the OEM might be easier to paint based on the surface texture. The BMW tape or 3M tape that I ordered with it is an inch wide and the same length as the spoiler. Much more surface area of tape here to be used since the reproduction only uses two long thin pieces of 3m tape about 3/4 of a centimeter wide per strip.

I'll tell you what, the differences are small and not as much as I thought they would be. However the end curvatures of the reproduction was the deal breaker for me. It's really small but enough for me to know. So I'm going to sell the repro on eBay or to anyone that wants it. I'm going to keep the OEM. Is the OEM worth an extra $100? Thats for you to decide.

Here are some instructions on installation: 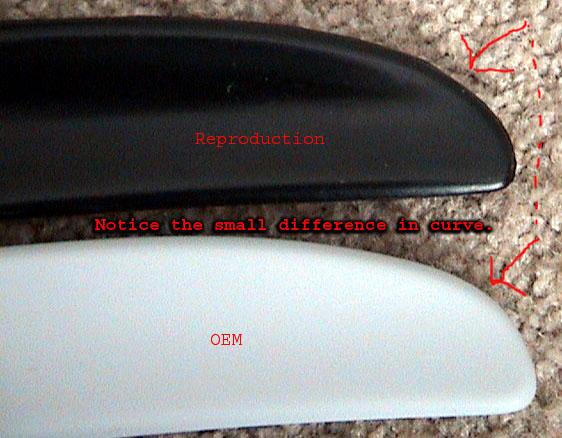 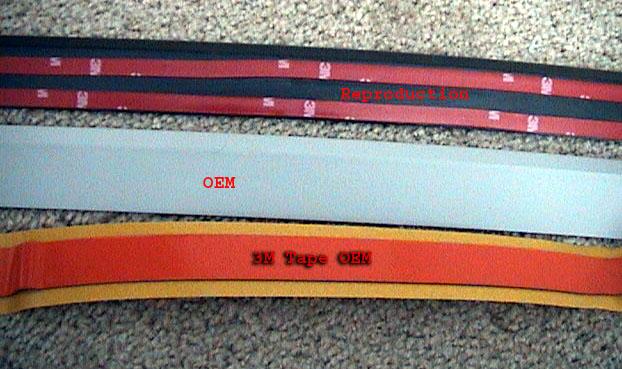 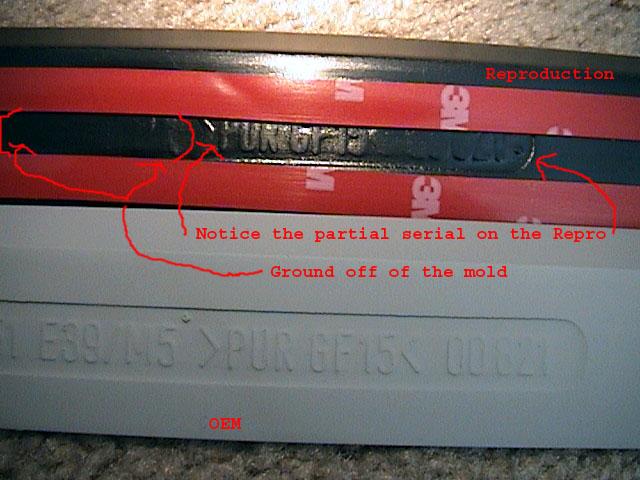 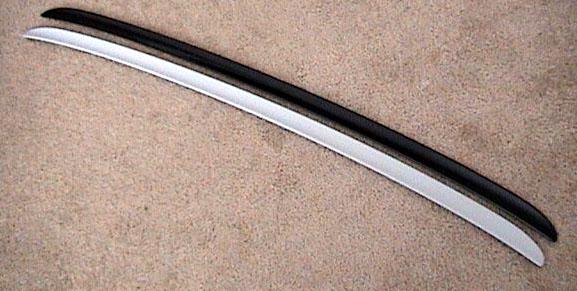