As the first step of an intermittent high-altitude P0174 too-lean OBD-II DTC error with fuel cutoff, I followed the Bentleys to remove & clean the "Siemens MS 43.0" MAF sensor housing on a 2002 525i and, in hindsight, I wish I hadn't because a few simple but critical steps are missing from the Bentleys.

- Release two clips from the air-filter housing with a screwdriver

- NOTE: Some people recommend pulling the engine air-filter housing away from the headlight assembly (see DIY in later threads below).

- In a split second, that wire disengaged and ricocheted across the cluttered garage

- Immediately I wished the Bentley had said HOW to remove that spring-loaded harness clamp!

- Spent at least a half hour looking for that missing airborne spring clip, almost giving up on the task

- Released two clips from the air-filter housing with a screwdriver

- Read the Bentleys over and over, wondering what was missing (finally realizing they're discussing & picturing a slightly DIFFERENT setup!)

- On my own now, I loosened both spring clamps further downstream on the intake boot intending to remove intake boot, but also failed as it's wedged in there tightly

- Held the MAF sensor housing in one hand and sprayed 15 times with hexane spray (good wet 5-second spurts of CRC MAF Sensor Cleaner) making sure to clean both protection screens and the all-important sensor in the center of the MAF housing.

- Allowed the MAF sensor housing to dry (it only took a minute and I let it sit for 10 minutes just in case while I fuddled with the harness clip trying to put it back together after it went airborne. 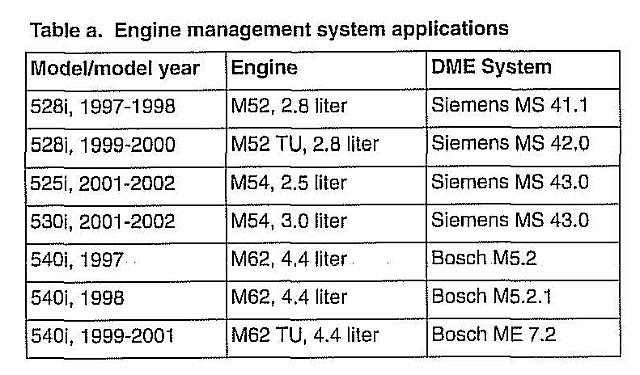 I'd still recommend the Bentleys; but lately it hasn't been helping me as much as Bimmerfest DIYs have.

Unfortunately, all the DIYs I found on bimmerfest for the MAF were for other models, and, IIRC, none bothered with the particular detail of 'how' to remove the MAF harness connector nor the fact you really have to remove the 10mm bolt from the air-filter housing (NOTE: DIYs on other forums pointed out to me confirmed the Bentleys are wrong for the I6 and that you should remove not only the top 10mm bolt but also another bolt under the engine-air-filter housing and remove the housing instead of crushing the air-intake hose aft of the MAF sensor housing. Lesson learned!). 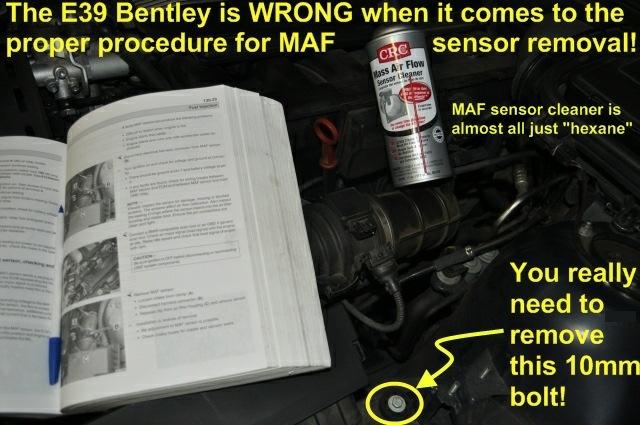 Time will tell because the P0174 too-lean condition, with fuel shutoff (cured by restarting the car) and SES light only occur at altitude. The last time this happened, the code cleared back at sea level before I had a chance to borrow the Actron scanner. This time I borrowed it right away back at sea level to find the DTC P0174 (rear bank too lean condition).

Googling, this DTC P0174 appears to be a maladjusted 14:1 air:fuel ratio in the rear half of the engine.

The main culprits for too-lean conditions appear to be:

- leaky vacuum hoses (I'm not sure how they affect the air:fuel ratio)

- oxygen sensors (I guess they measure the amount wrongly)

I'm not for miracles in a can, but, I figured I should clean the MAF anyway so I bought the CRC hexane spray (hoping for a miracle!).

This is the second (or third?) time the light lit on a long trip almost always at about 3,500 or 4,500 feet of altitude (not at 2,000 which I often travel over with the Santa Cruz mountains between San Jose & Santa Cruz.

So, whatever is causing the too-lean condition is happening at altitude; and it's happening on only bank #2.

Q1: How often do YOU guys clean your MAF sensors?

Q2: Are there TWO sensors in that housing (one for each bank)? 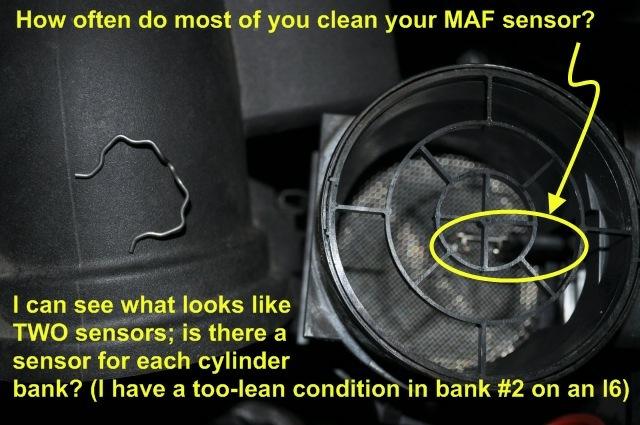 I know that now. I put in the DIY up in post 1 how to remove the MAF connector by pushing down on the metal spring and pulling on the connector.

But I didn't know that then ... and no DIY (IIRC) told me ... and the Bentleys weren't even close to being right on the steps needed. 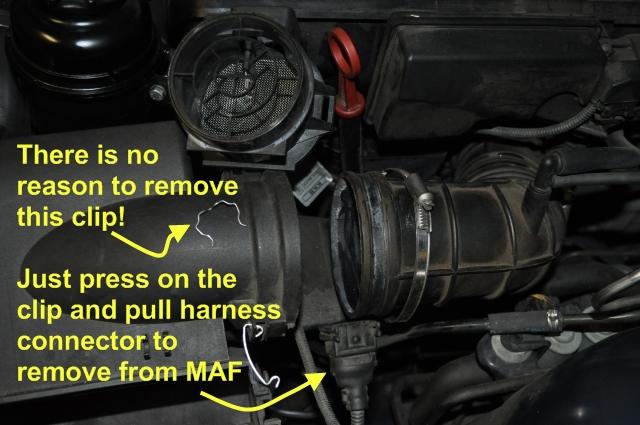 Oh my! Where were you when I needed you!

That V8 and I6 MAF writeup is BETTER than mine (and better than the Bentleys, which show the wrong pictures for the I6).

They went even further than I did, by removing the engine air-filter housing from the headlight assembly.

And, to do so, they MUST have removed the 10mm bolt holding down the air-filter housing (but they don't mention that in their writeup for the 2001 I6). 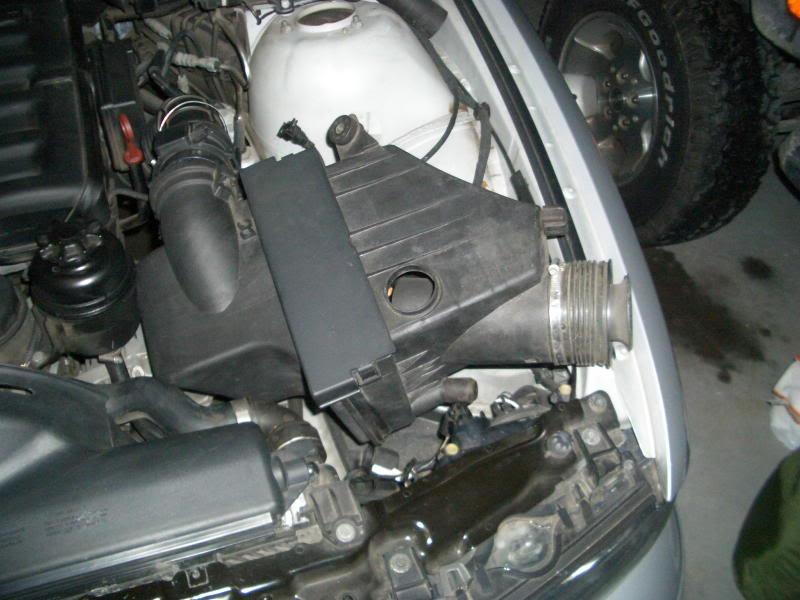 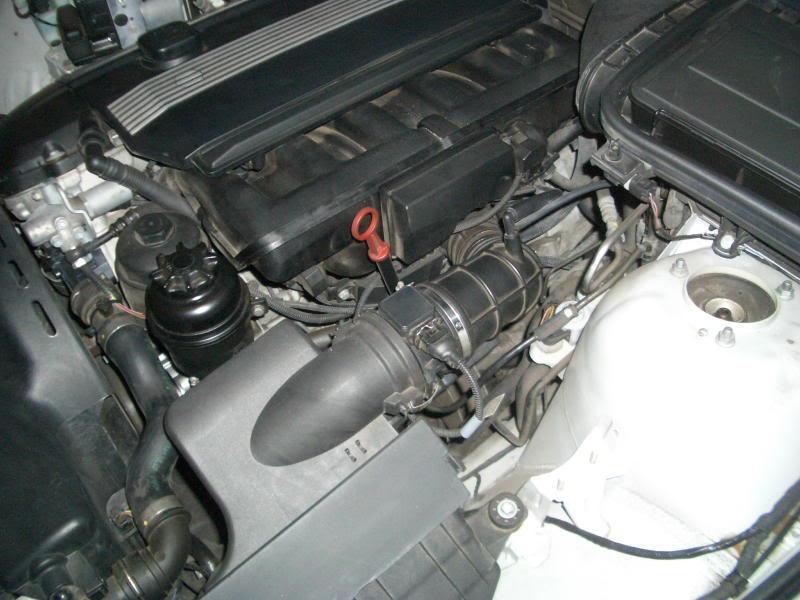 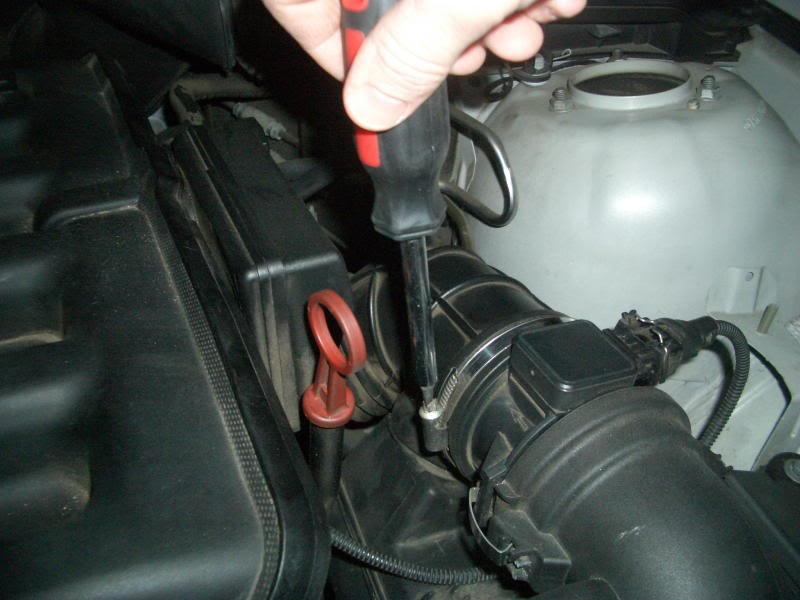 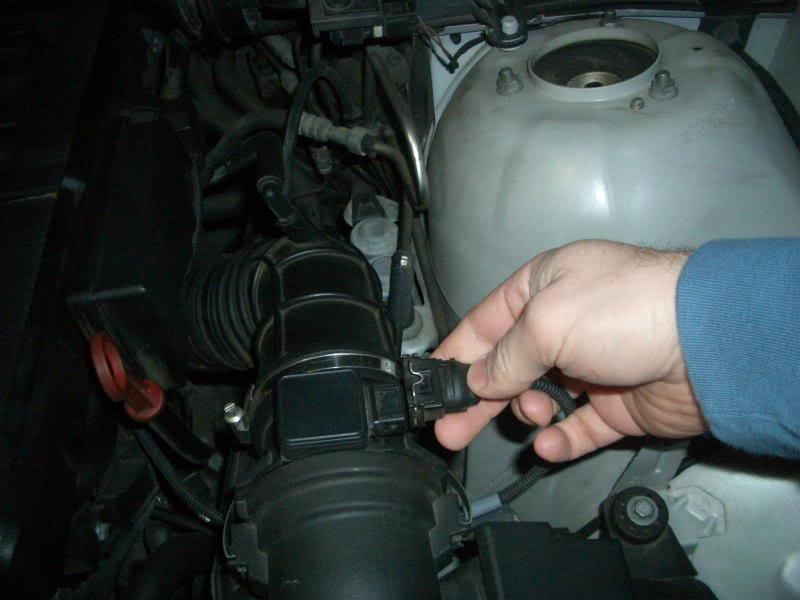 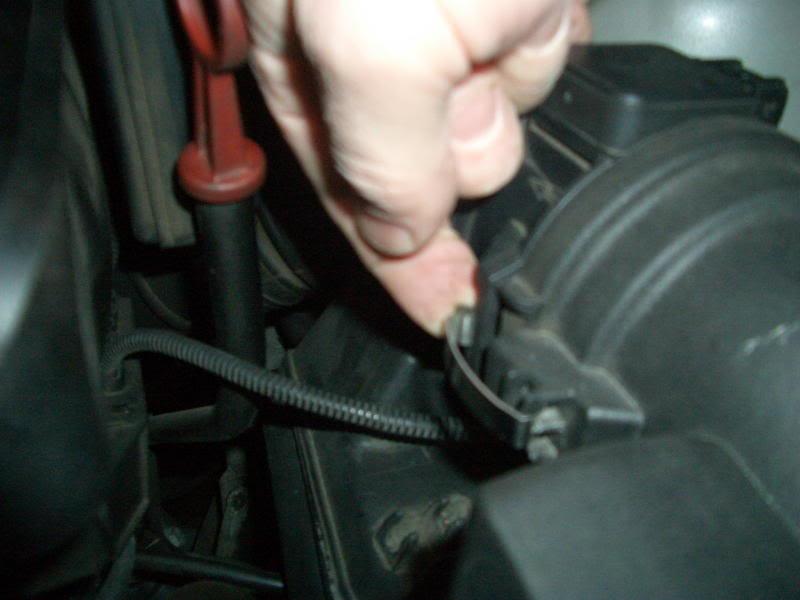 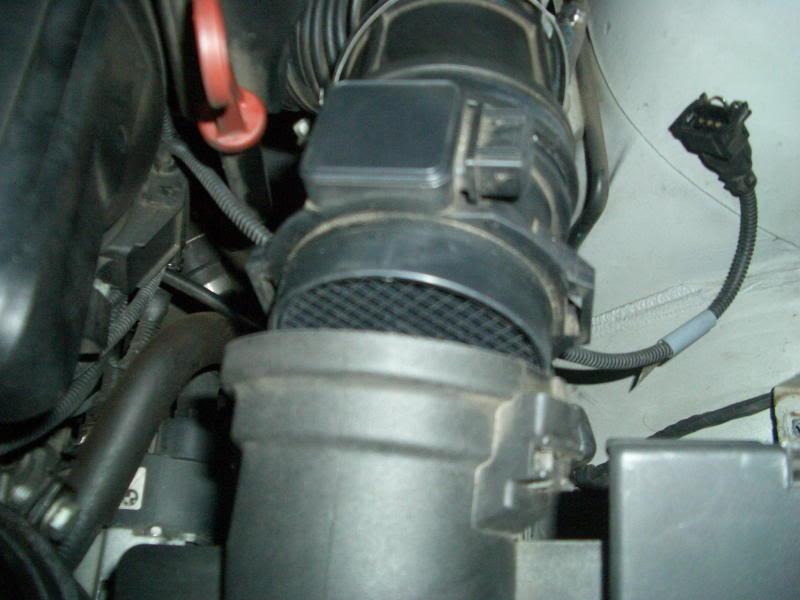 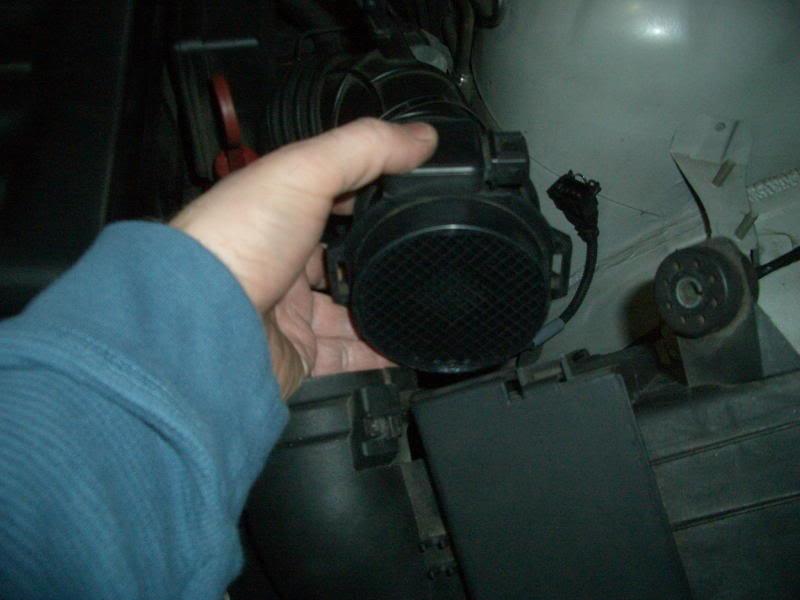 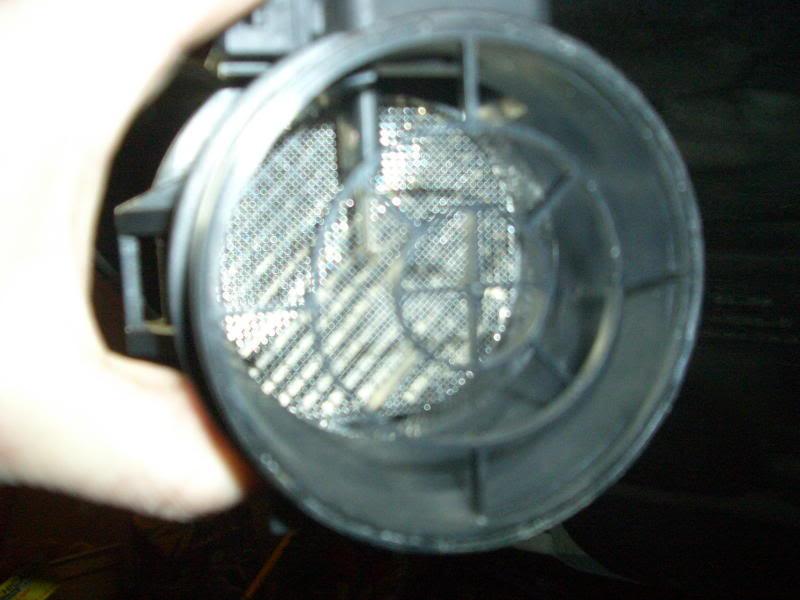 You recognized that the V8 is different than the I6 and for the I6 I see you not only take off the 10mm bolt, but, you even remove another bolt and lift out the engine air-filter housing.

That's good to know. I didn't remove the engine-air-filter housing but I did wiggle it a LOT to get the MAF out. I also basically crushed the hose after the MAF housing.

I think your method of more completely removing the air-cleaner housing is better than mine of crushing the hose aft of the MAF housing.

Oh my! I get nothing near that, I assume.

I never checked my gas mileage.

Besides, the only real way to test gas mileage is to weigh the fuel (because it expands and contracts greatly on temperature changes and we can't see how much we filled up the tank ... I'll bet we're off by more than a half gallon each time).

The only other "good" way to test gas mileage is to average our results over long periods of time ... maybe I'll start since I doubt I get anywhere near 25 mpg, let alone 31!

I "think" I get about 400 miles out of an 18-gallon tankful ... which works out ten mpg less than what you appear to get!

So is this the logic at altitude?

a. Piston goes down on the "pull" part of pull-push-pow-puey.

b. A piston-full volume of air is sucked past the MAF sensor hot wire.

d. So (the argument goes), the wire isn't cooled down as much as it should.

e. The ECU, in effect, is tricked into thinking the air is moving slower than it is.

f. So, less fuel is injected into the 2nd bank of cylinders (not sure how??)

g. Hence, a too-lean condition is sensed by the oxygen sensors

This is my best-guess hypothesis ... but step e is really where I lose the logic of what is happening at altitude.

BTW, if the MAF were bad, would/could it affect only the second bank of cylinders?

Q1: Do you spray just the sensors in the middle of the MAF or the entire plastic and metal screens on each side?

Interestingly, the Material Data Sheet (MDS) I posted for the CRC MAF cleaner I purchased show it's almost entirely hexane.

Q2: I wonder if we can find a cheaper hexane spray for other purposes (like office cleaner or whatever).

BTW, after reading this safety warning about the normal straight-chain hexane (aka n-hexane) spray, next time I clean my MAF, I'm wearing gloves! Also, stock up 'cuz these guys are trying to get hexane banned!

For cross reference, here's another material data sheet for MAF cleaner, specifically posted in a thread where a guy from Sweden was having trouble locating it (it's hexane spray, pure and simple).

- o2 sensor fault code, and missfire without setting code for missfire?! 532i ´97

This E46 thread today made me feel better than I'm not the only one who accidentally pulled off the spring clip off both the MAF and the large cooling system radiator hoses! 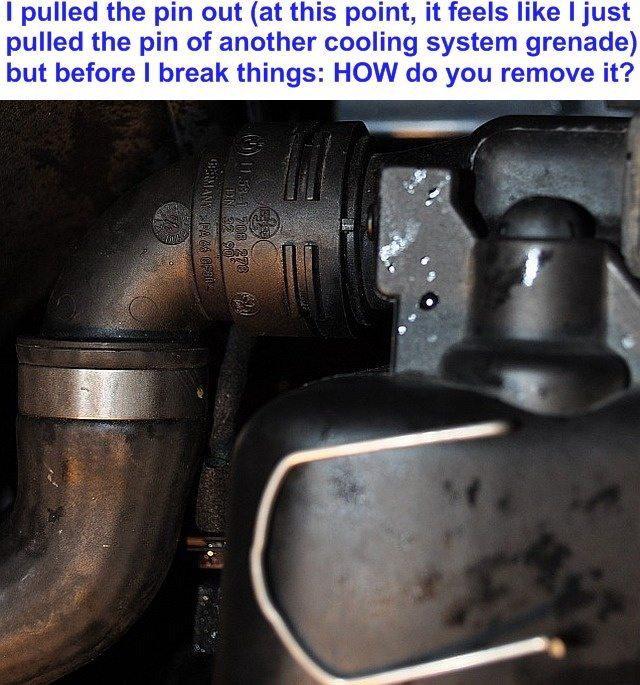 For the record, there is a discussion of whether cleaning the MAF will hurt it over here today:

For reference, this MAF thread was opened today:

I belatedly realized I never updated this thread with the true cause of the P0174.

Over a period of about a year or two, the P0174 progressively got worse and worse - until - I failed inspection.

The real problem turned out to be a crack in the CCV lower vent hose and another crack in the corrugated thumb of the boot on the ICV & TCV. 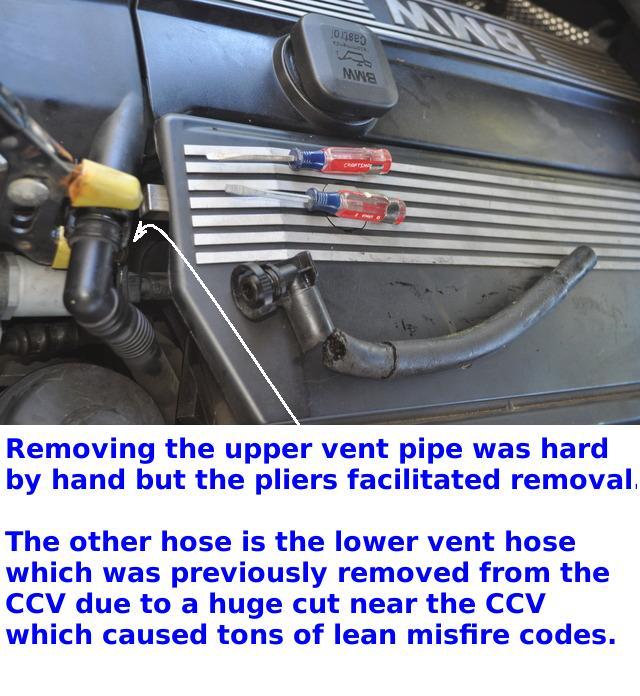 This question came up again today ...