1. The Dynamic Drive Control module Located on the Passenger side behind the glove box. Any replacement must be coded for the vehicle (also known as Active Stability Control)

a. (Don't confuse this module with the DSC Dynamic Stability Control )

2. Lateral Acceleration Sensor-Detects the lateral movement of the car. 0 point is the car not moving on flat ground.

3. The Fluid reservoir (Driver Side) Holds your Hydraulic Fluid. Don't put oil, brake fluid, or any other crap in there.

4. Hydraulic Fluid Only use Pentosin CHF-11s or whatever is on your container cap. I don't know of any cheaper alternatives at this time so I wouldn't test it. It's about $20 a qt and will take 2 qts if you drain it.

5. Hydraulic Pump (Also known as a Power Steering pump on Steroids) The pump is essentially 2 pumps in one. One pump is for the dynamic drive the other is for power steering. .

6. Power Steering Indirectly (although it is not considered part the dynamic drive it does share the same pump, lines, and fluids.

7. Active Roll Bars-Apparently these can go bad. Diagnosing them is a matter of troubleshooting carefully as the system has no sensor to just tell you its bad

8. Valve Block  See the PDF attachment I made breaking out the Block out. Despite the fact that BMW just changes out entire Blocks. The parts on the block are interchangeable with another block. Thus if you figure out what valve went bad you can go to a junkyard and replace the part. Just be careful and take notes. Sensors are particularly temperamental. If you screw a sensor too far or close it will throw errors as it won't be giving expected values. The sensors are usually magnetic so the values would be magnetically based readings. There are also different series of blocks they function the same but will have slight differences in locations.

I had this diagnosed as bad at the dealership earlier. When turning to the left at a certain speed I would hear at distinctive Pop in the lower engine on the passenger side this is the hydraulic pressure being release as the valve block is de-energized. This is also where the Valve block is located. After pop the Dynamic Stability Control Error would pop up and shut down the dynamic drive (ie valve block) . I could reproduce the error anytime I wanted by turning to the left and it would reset itself when I shut off the car. The error goes away after cornering so its not currently present, which is why the system works after restarting the car.

The dealership will replace the block for $1000 then replace the stability bar if that fails. So their troubleshooting is primitive in some dealerships used to just replacing the whole thing under warranty.

Used ones pop up on ebay and junkyards.

The valve block is nothing more than a heavy piece of aluminum with passageways for the fluids. The fluids are controlled by solenoids in the block.

To get to the block

Remove the wheel on the passenger side

Remove some bolts on the under-body protection to give space to get under.

Use Crows feet to remove each line.

Problems you may run into are the lines being seized up with Rust and needing to be replaced. Spray them with wd40 the night before if you can to start loosing the joints.

remove 2 bolts on the bottom holding the block.

Installation requires some care as as the block is aluminum and you don't want to strip the threads from the steel high pressure lines.

I installed the lines on the top of the block first so I could manipulate the block to line up with the lines. They are at a weird angle so it is very difficult to get the threads lined up correctly.

Attachments have pictures of the components of the block also see the pdf for a breakout of the functionality. I created it so I could understand it to solve a problem.... 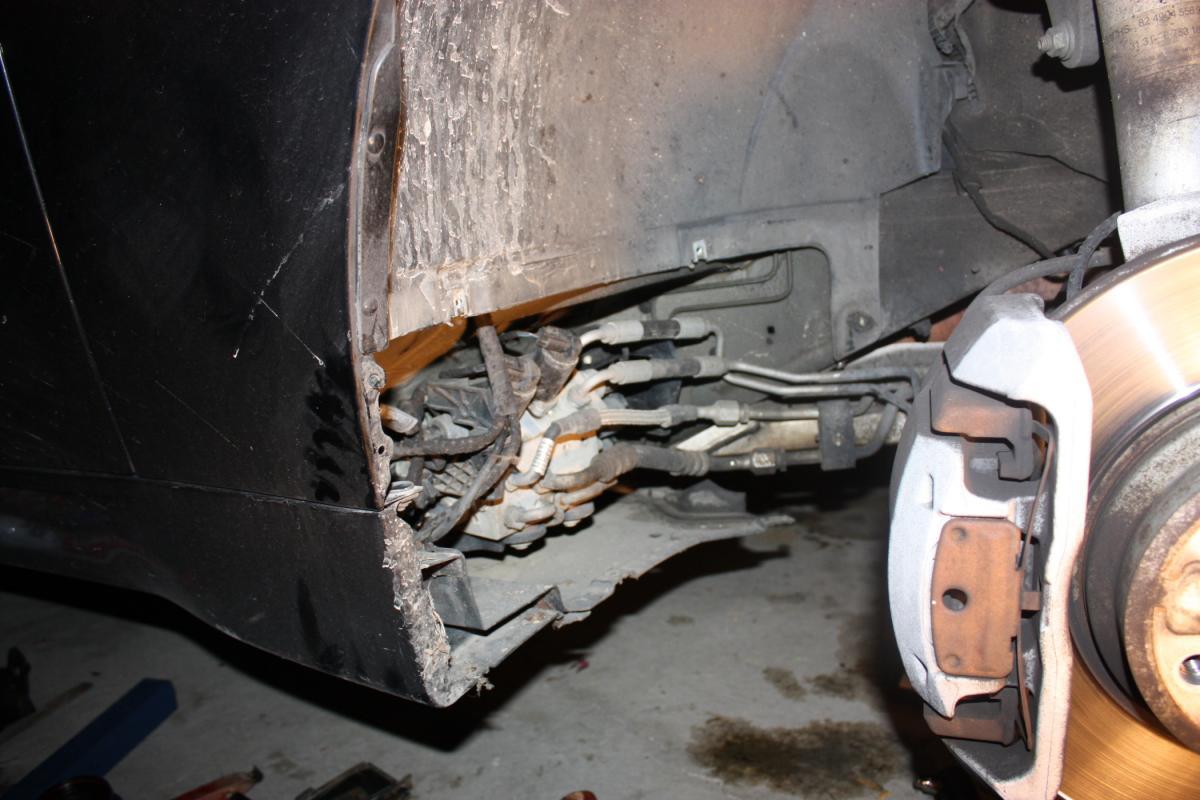 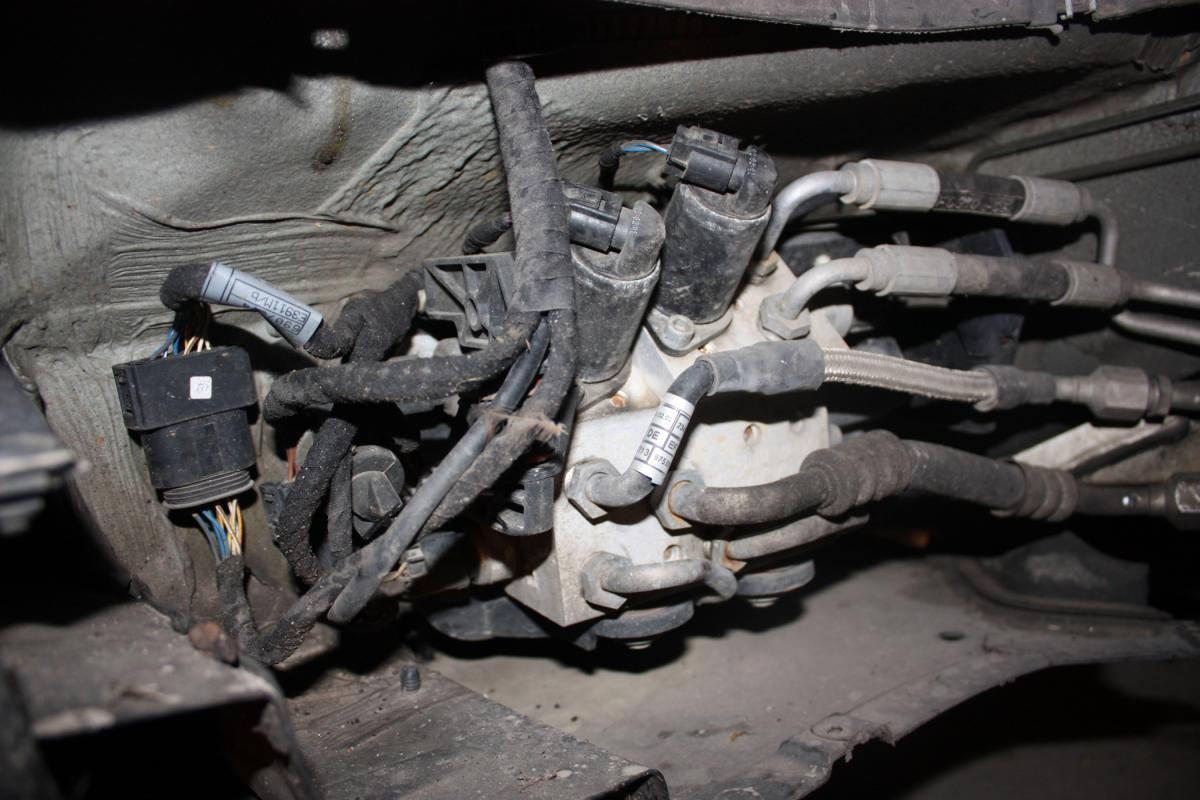 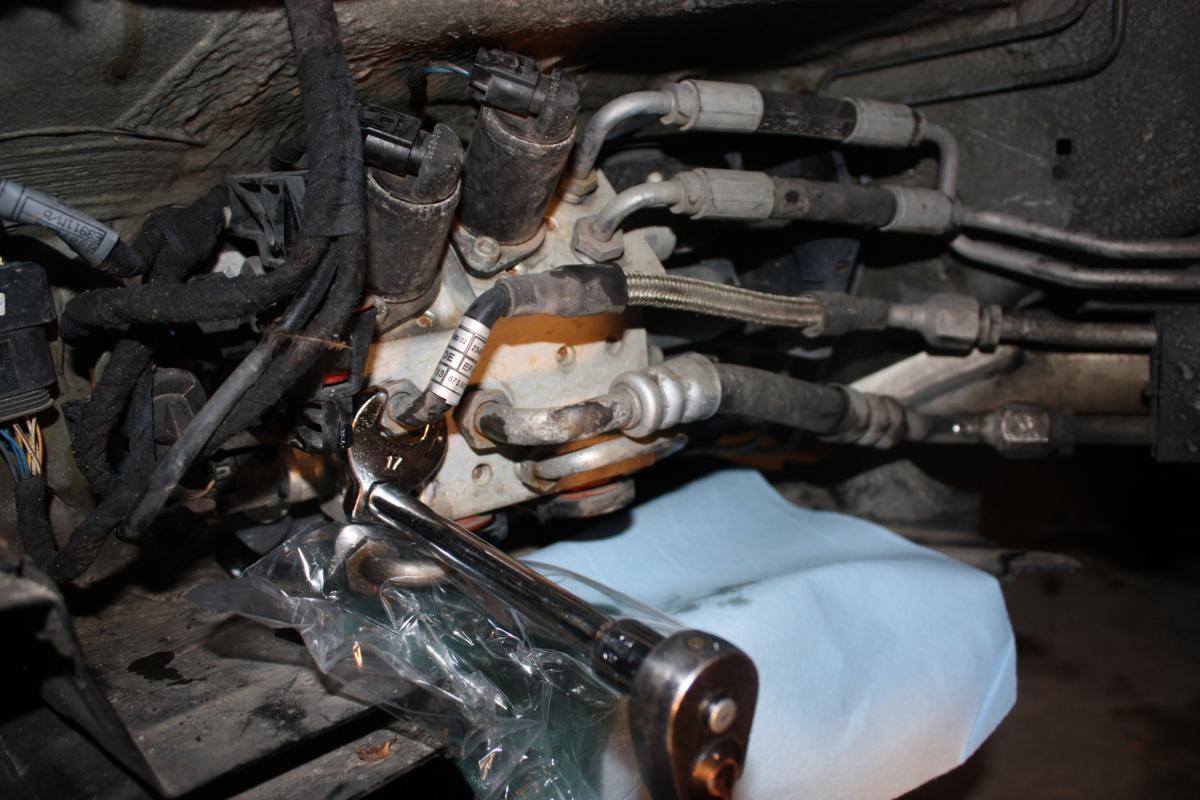 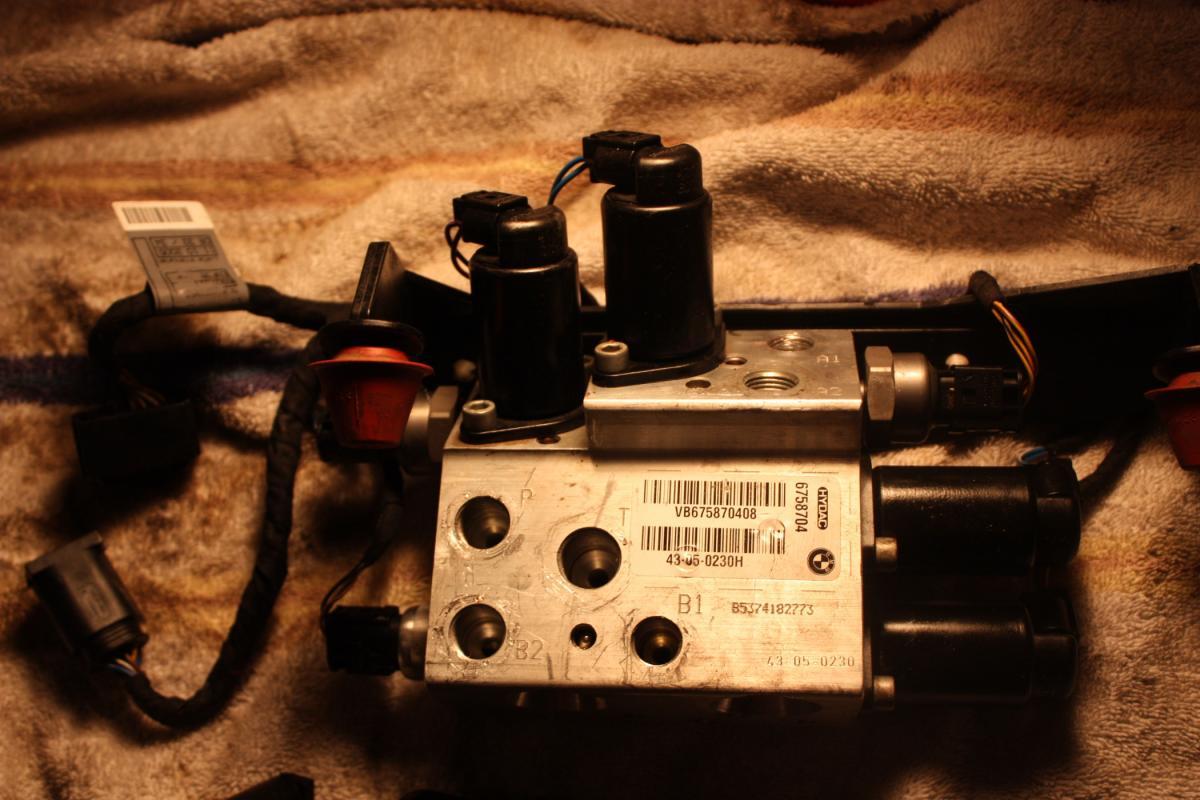 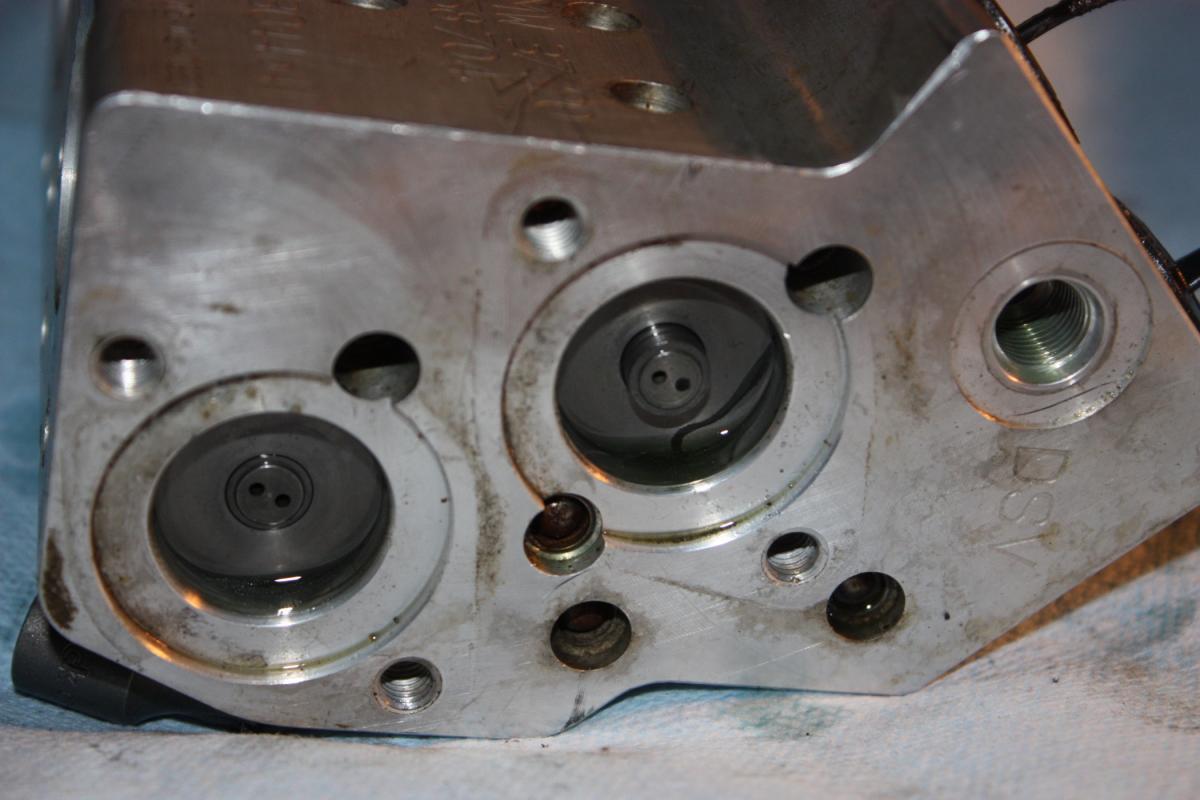 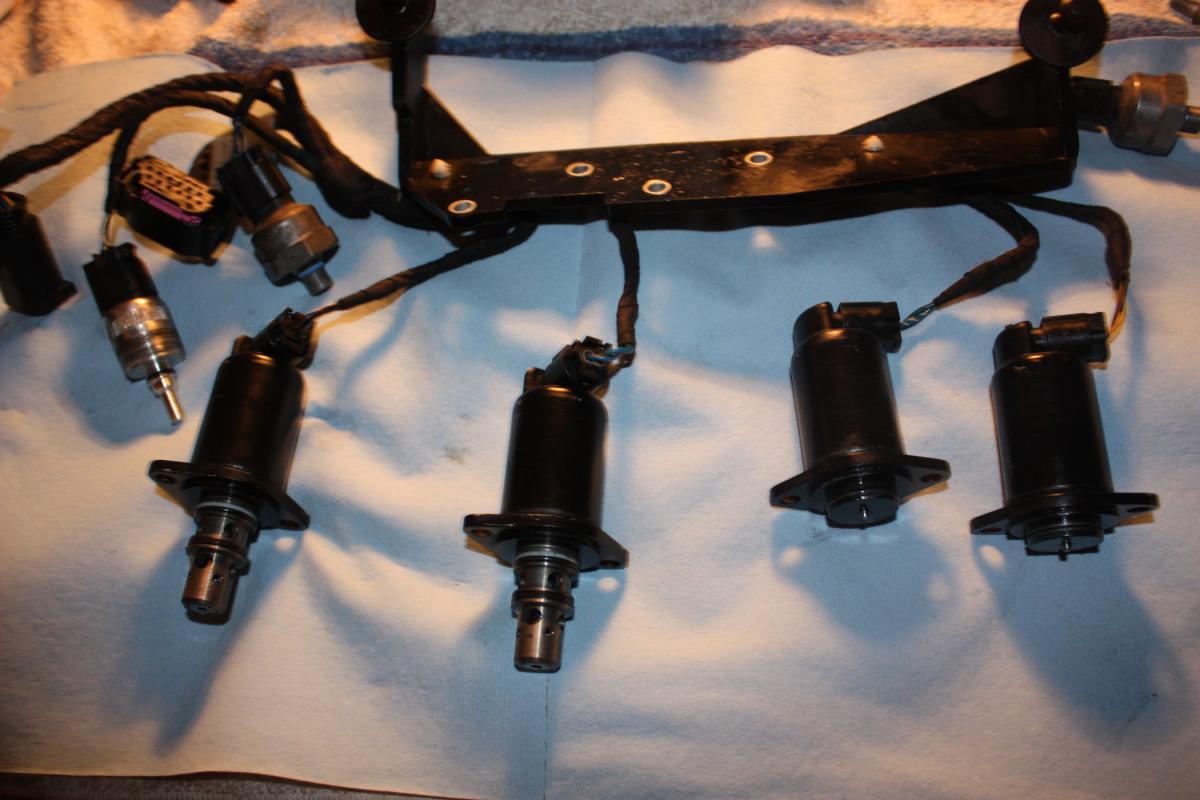 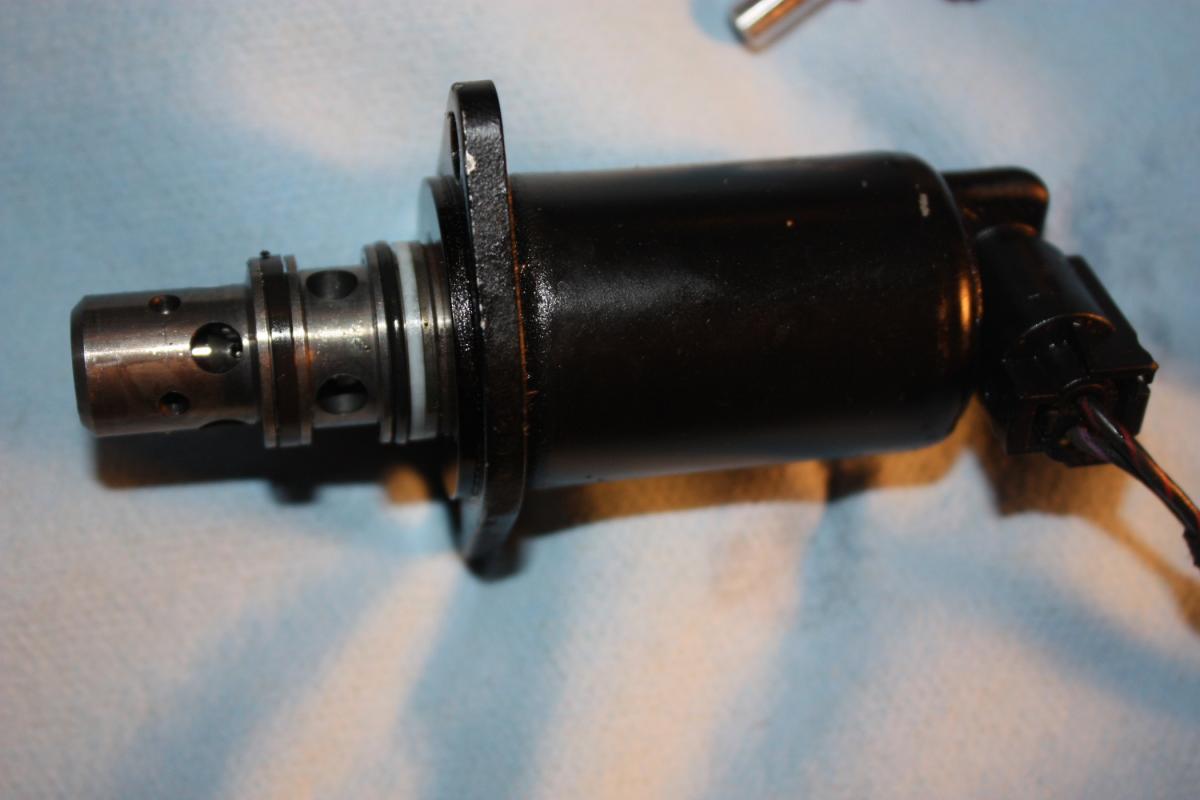 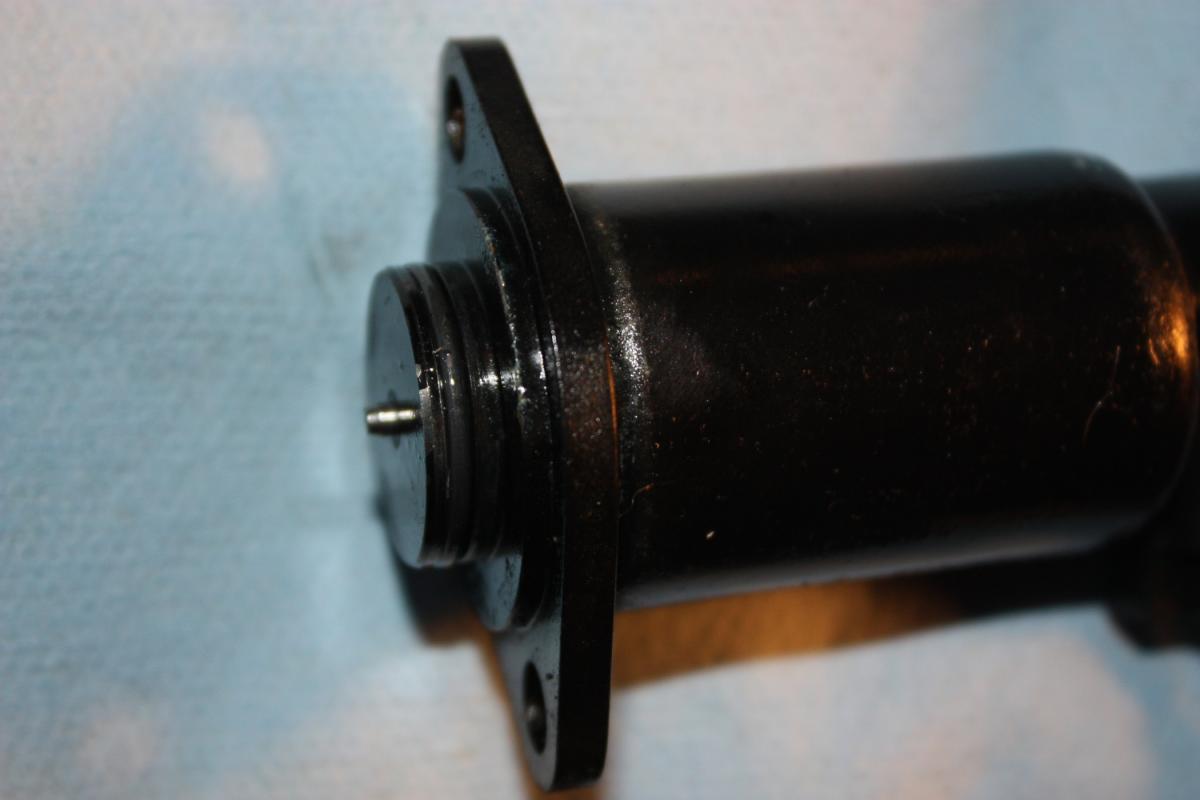 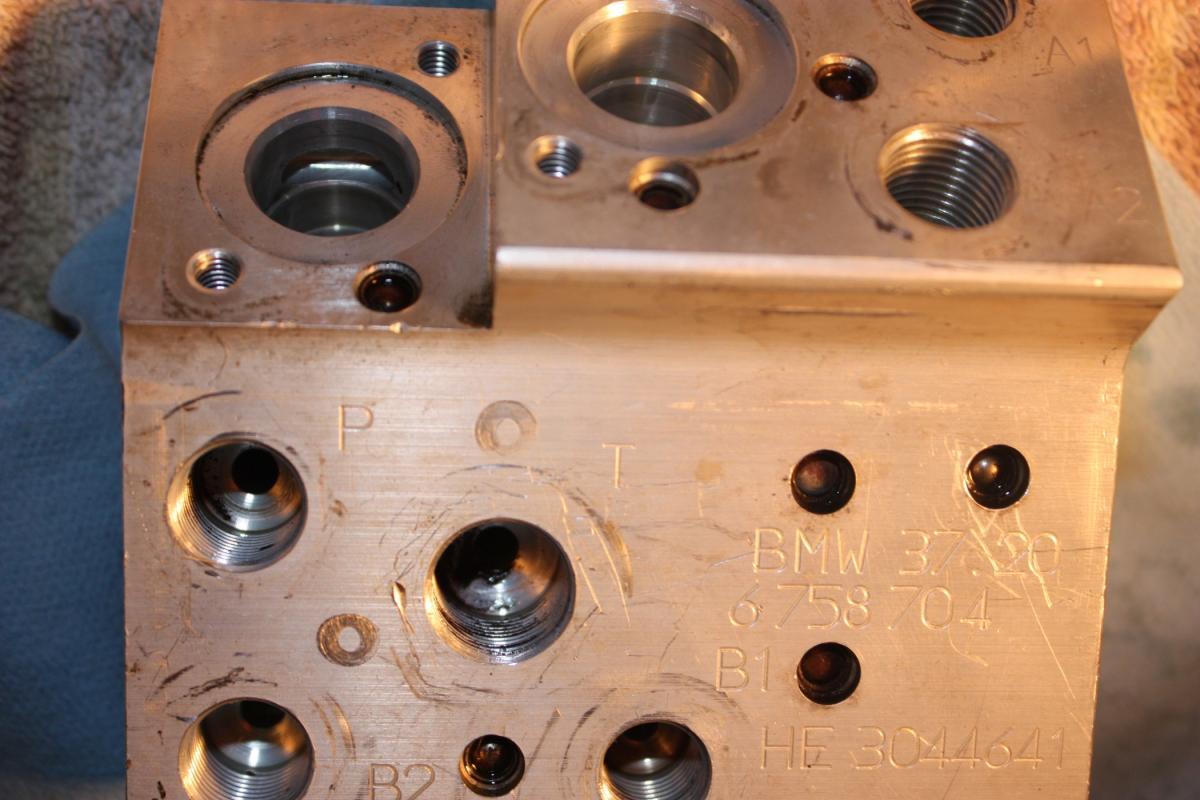 say Wilson, I am told that there is a fuse on the I drive computer, it also affects the radio and I had this working before I did an engine swap. apparently I have to sync my cas and the DME to the new motor (2004 745Li 4.4l V8, my car being a 2003 745i) CA you tell me where the I drive cunit with this fuse is located??? I'm jonosbest at bimmerfest.com or [email protected] any help would be tremendous