a couple days later. Finally got everything but the catch cans in this past Monday. So far I got my intake in on Monday night. Also did the mamo TB a while back. Those couple changes made a huge difference in response and driveability. Loving the added blower wine as well. Took it out for a test drive on Monday after the intake change and was presently surprised at the difference. Didn't drive the car again until Wednesday and that was when it all went down hill. Lol. Was out running errands with my girlfriend and enjoying the added power for a bit. Came out of the store and looked at my wagon and noticed some marks on my roof. Took a good look at it and found several deep scratches on the top of the hatch in front of the third brake light

. So now I'm pissed and trying to figure out how that could happen. Then I figured it out. I valeted the car on Sunday afternoon in a parking garage. That was the last place that my car could've possibly hit the roof. After that I head to do more errands still pissed off and come off a light and roll into it till about half throttle in first and throw it to second at about 5k. When I make the shift the cel comes on and motor reduces power. Get to the next light and hear it's missing pretty bad and barely running. I limped it into the shopping center, killed it and popped the hood. Didn't notice anything that jumped out so I called a tow to get it home. All that for a vacuum leak from the intake barb. Lol. Talk about a crazy first week of modding. Seriously thought I blew her up at one point. Now I just need to get up the valet company's ass to fix my roof. And I need to get pics of the intake install. 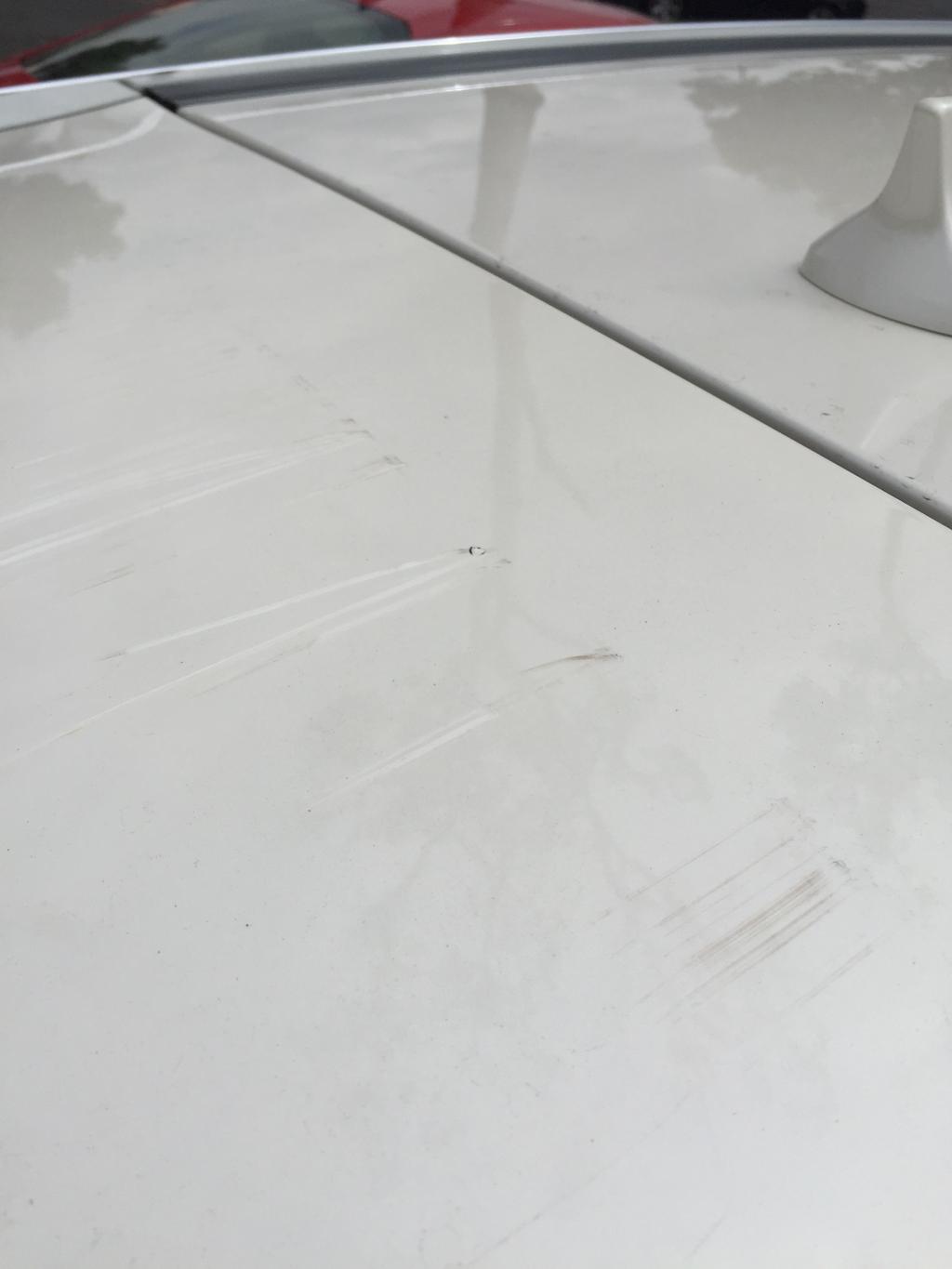 There's overhangs on the stalls. There's also signs saying not to back in. Tomorrow I'm heading to the building to talk with security and see if they have video of the garage.

Snapped a pic of the intake and throttle body

in today. Nothing really special. I still need to modify the stock intake box to reinstall it. I like the nice clean look of having it there. Did any of you guys that had you blowers replaced notice that there is no longer a mounting point for the front of the engine cover? Mine only has the two side mounts now. I really wanted to get my tstat and track attack put in today but had to do yard work. Oh well at least the grass is cut. 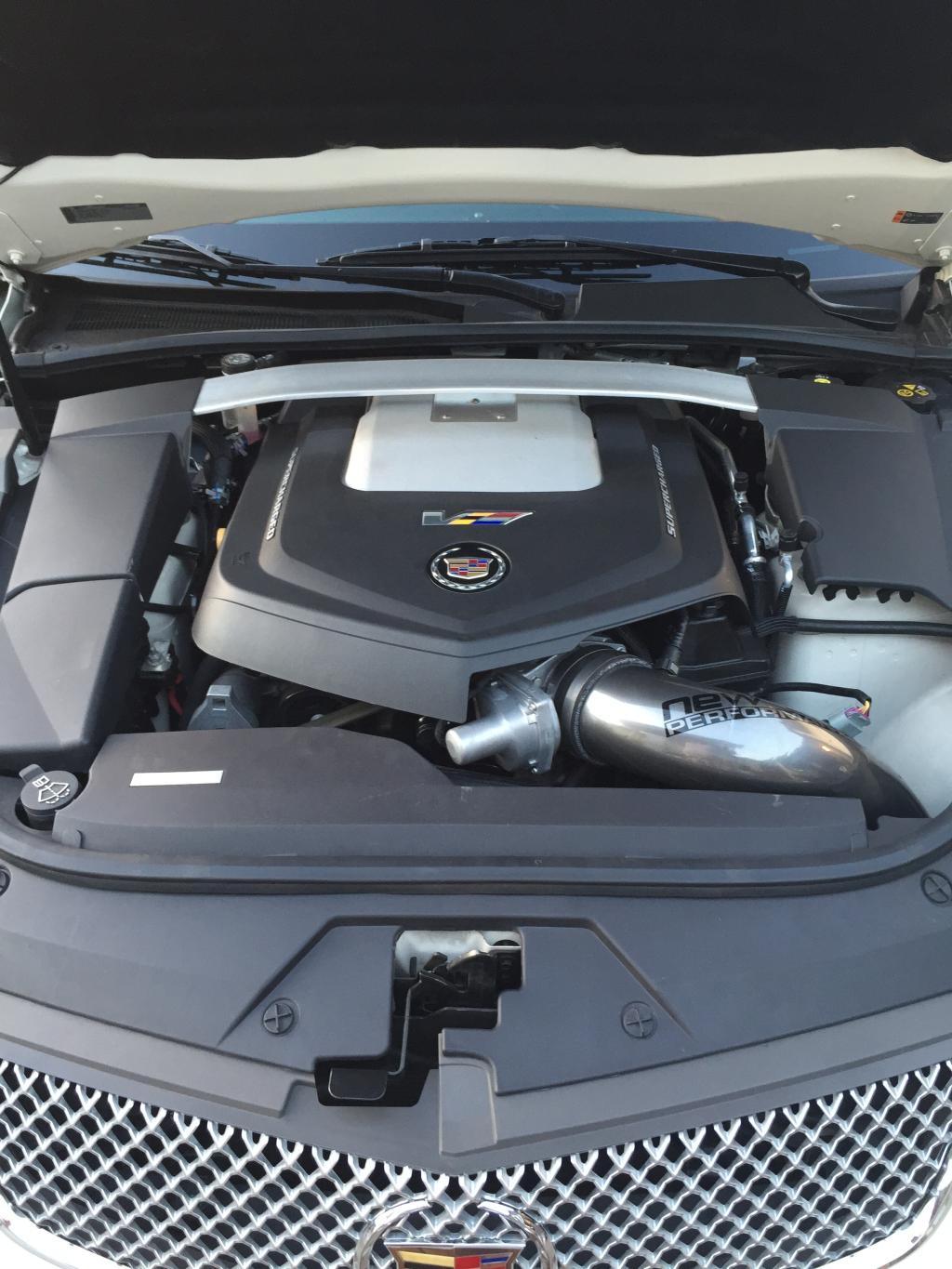 These cars are such beasts :)