Well, after 2 days, I finally got my NGK AFX wideband installed. I was originally planning to use it just for tuning then remove it, but after seeing Snzuloz's glovebox install, I decided to do the same and mount it permanently.

The NTK sensor is mounted in the passenger's side exhaust, between the header and the first cat.

The wiring then goes up, over the transmission and comes out behind the supercharger towards the driver's side fender. From there, it enters the cabin via the big rubber wiring grommet behind the brake pedal, and then is routed behind the centre console over to the passenger's side footwell. I know the user manual says to not "modify" the AFX's wiring, but I saw on a Corvette forum that a user there had cut the plug off to make it easier to route the wires, so I decided to do the same. After it was run over to the passenger's side, it is routed up behind the dash and out the glovebox opening (glove box removed) where I re-attached the connector. I then cut a hole in the back of the glovebox with my Dremel, and ran the wiring into the glovebox.

I have it placed in the small, lower shelf in the glovebox, and rather than have it mounted square and flush with the opening, I swing it to the side and tuck it completely in the lower shelf to close the glovebox. When I want to view it, I swing it out and velcro it to the open door - angled towards the driver's seat. It would have looked nice mounted nice and square in the lower shelf, but I had a hard time getting the wiring to cooperate and allow me to push the wiring back far enough into the dash so the display box was properly positioned, while at the same time being able to slide it out so I could reach the plug and the calibration knob.

Note: I originally tried running the wiring through the smaller grommet on the passenger's side - close to the hood hinge where it would come in somewhere up behind the glovebox, but after a couple hours trying to feed the coathanger through the firewall, I couldn't get it to work and I gave up.

Sensor bung in the passenger's side exhaust: 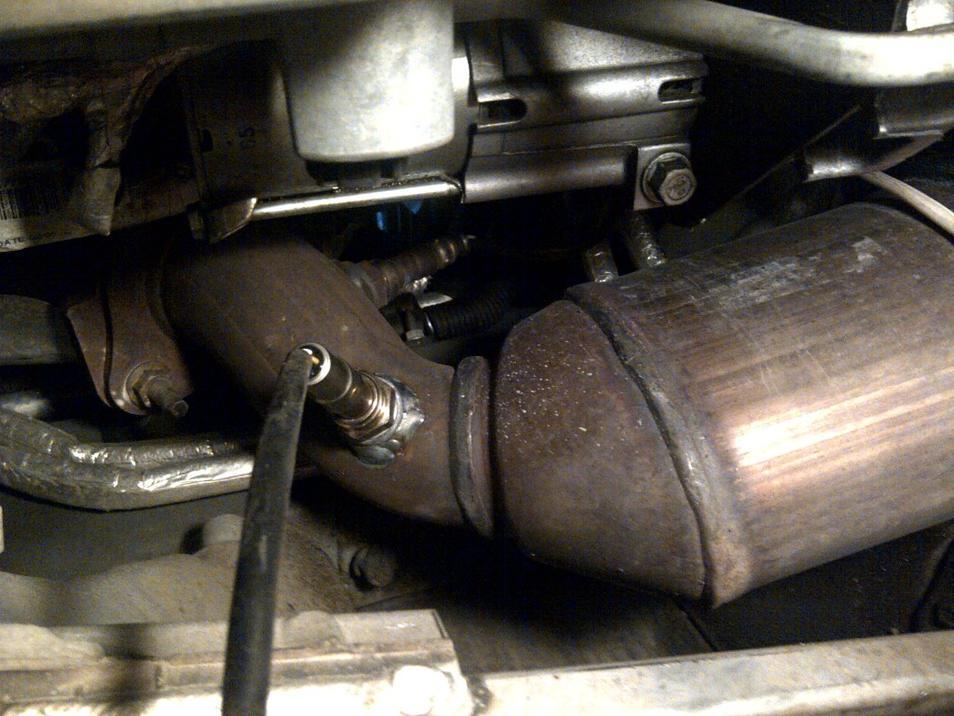 Wiring coming up behind the engine towards driver's side fender 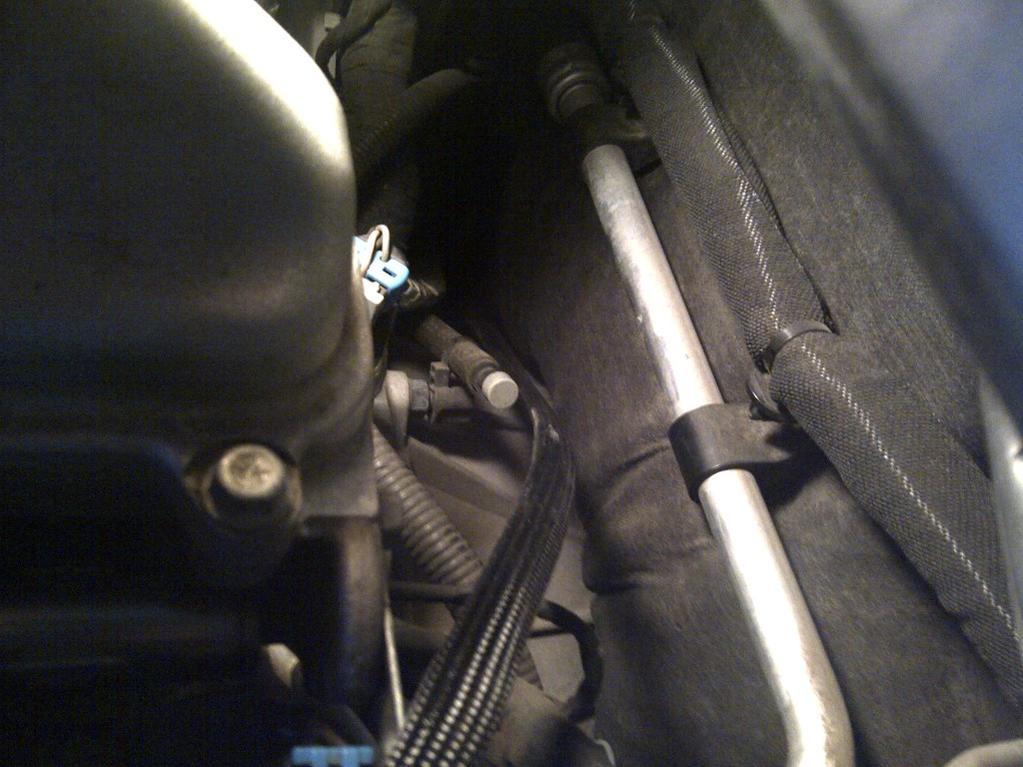 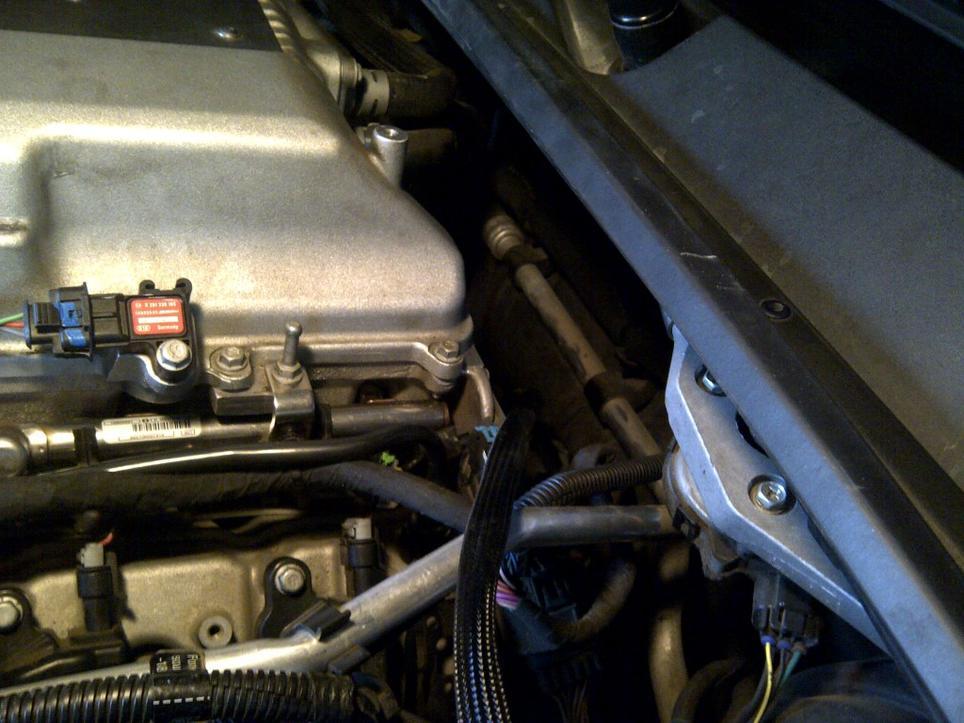 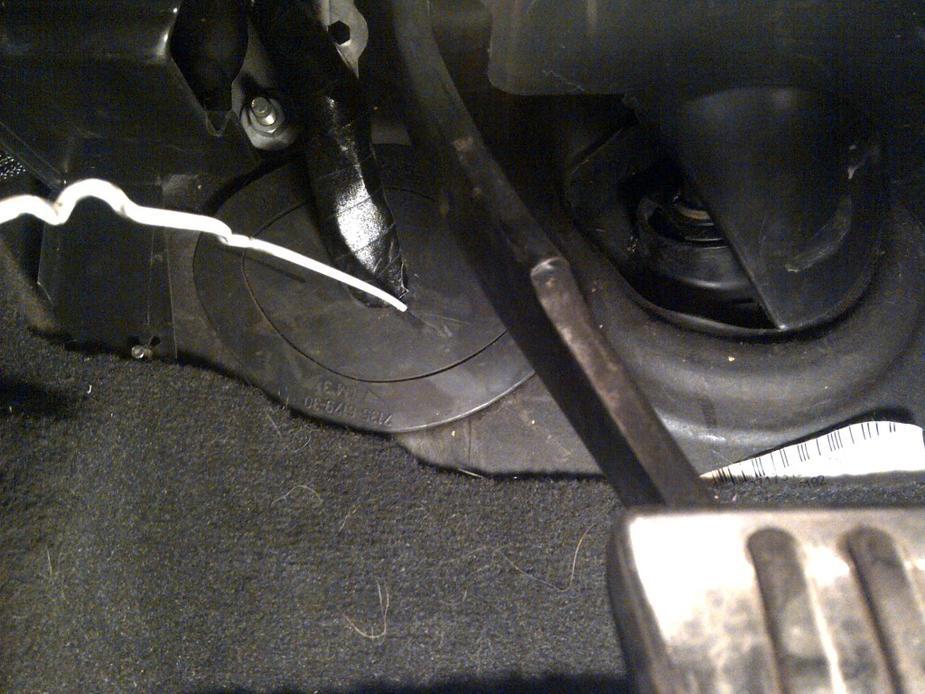 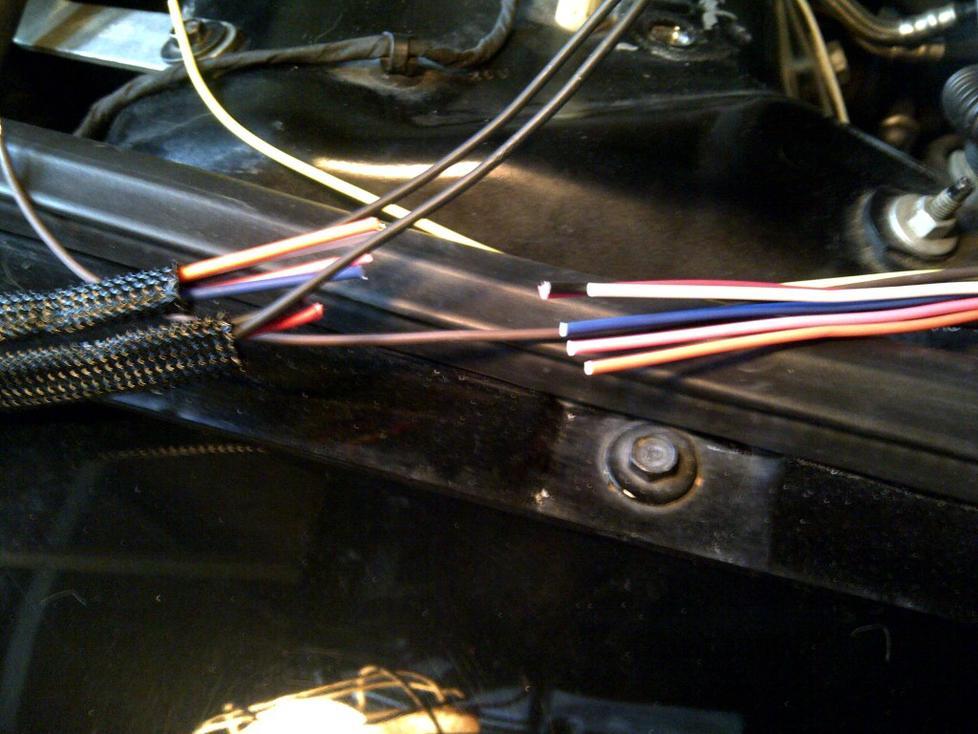 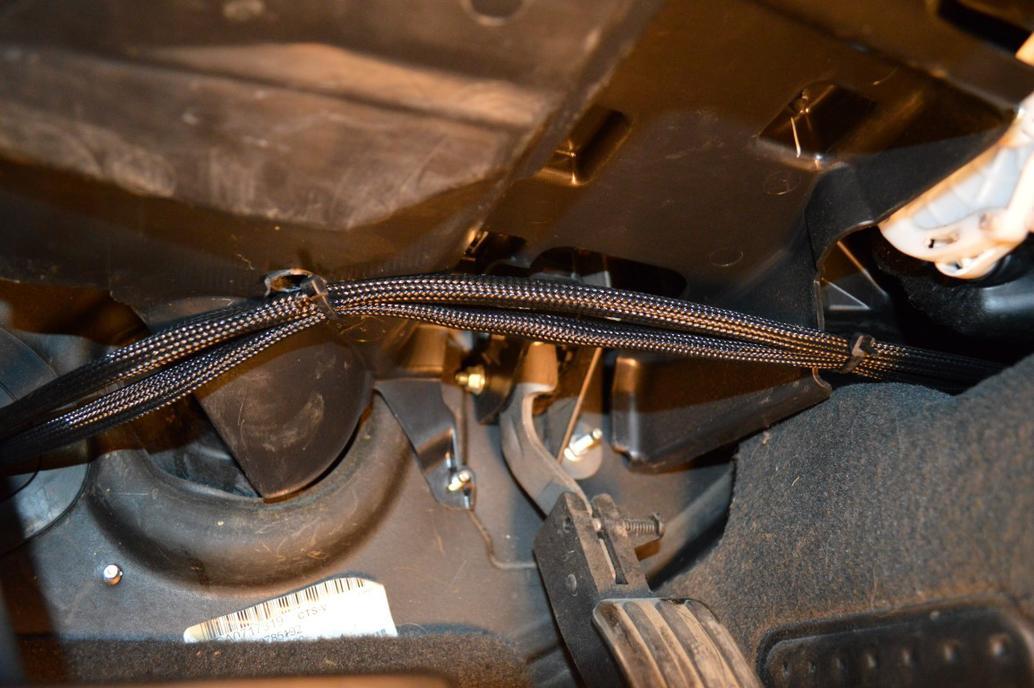 Romex snake over to passenger's side 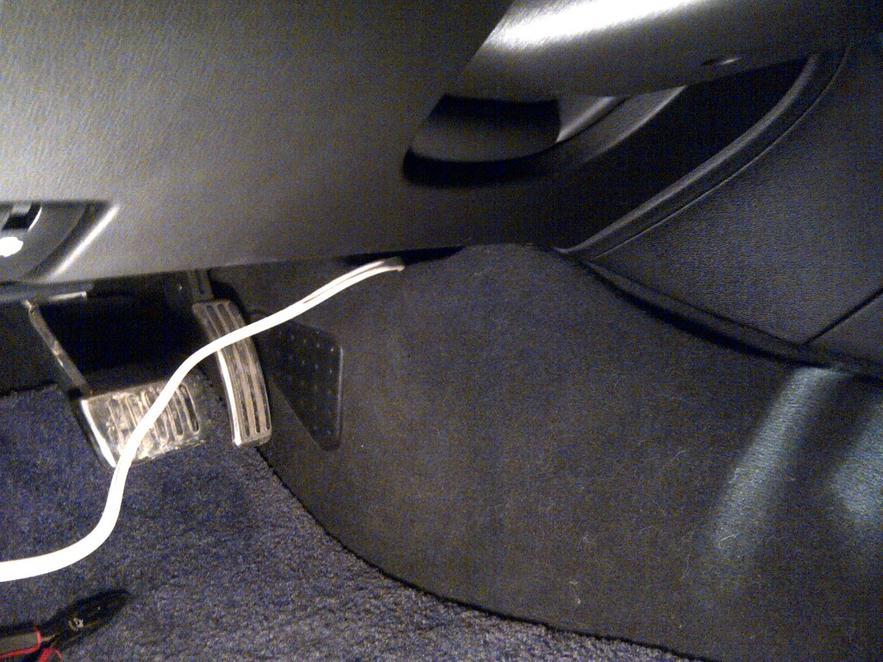 Romex snake coming out on passenger's side 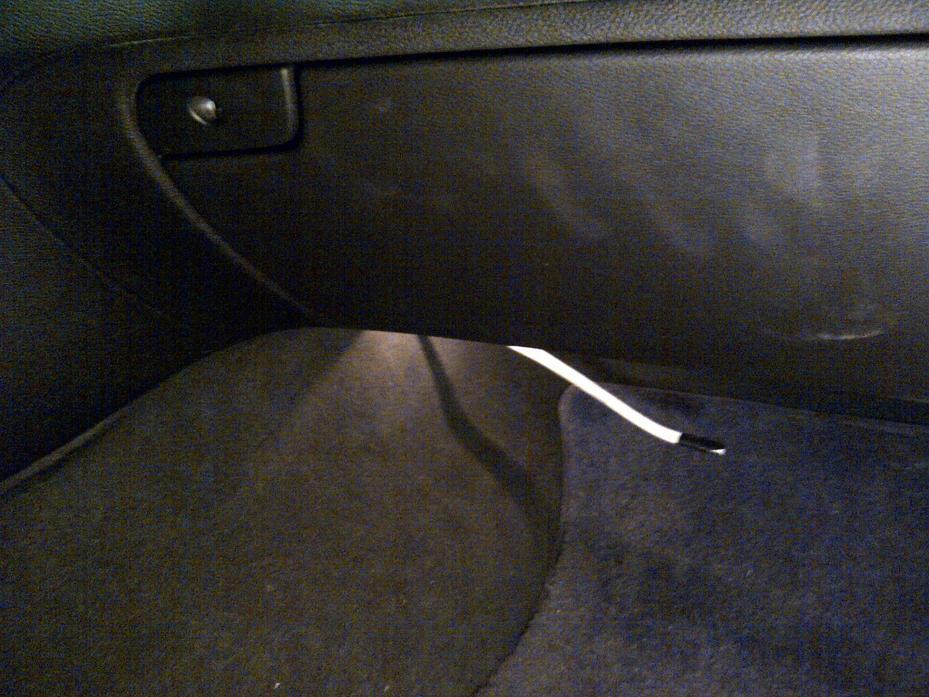 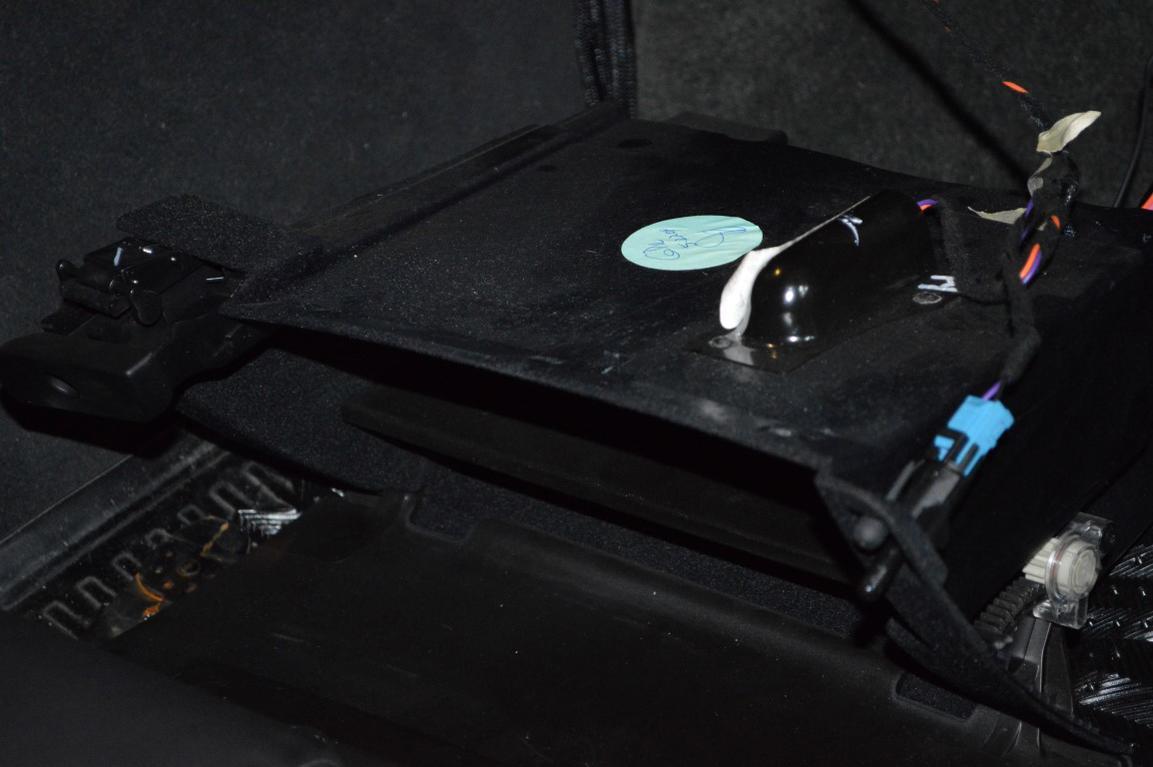 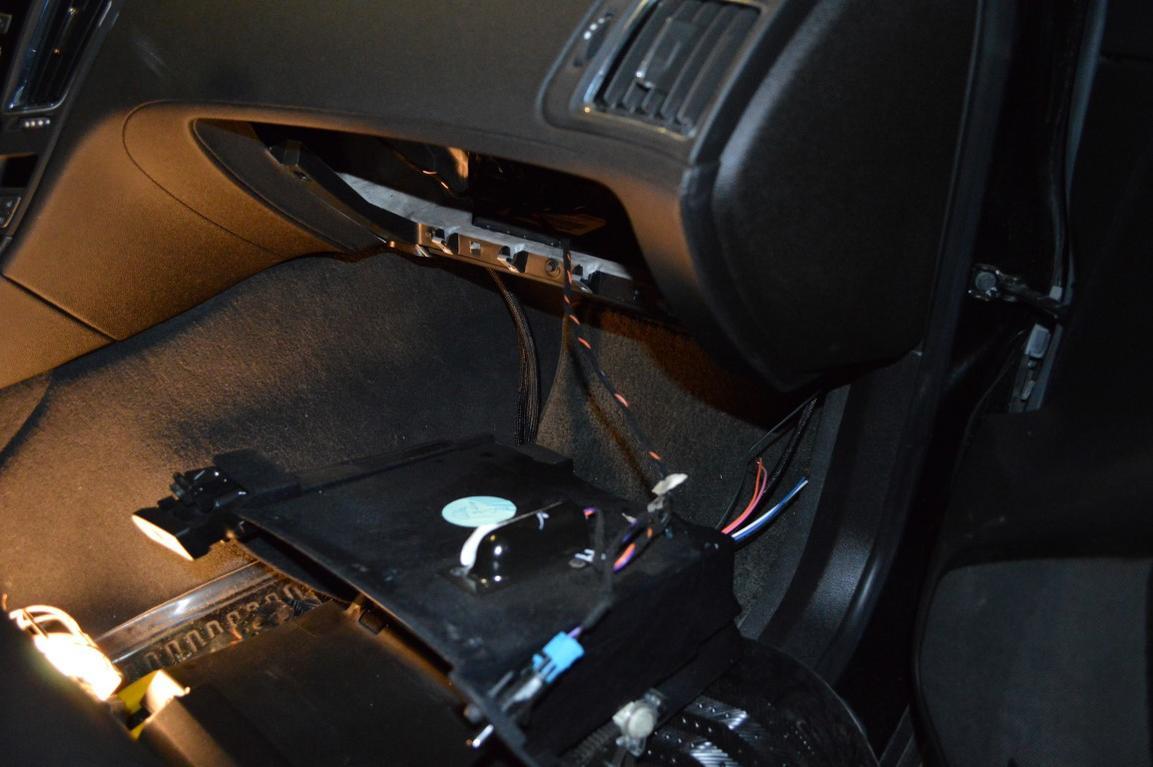 (4 small bolts beneath the dash and 3 phillips-head screws inside the glovebox along the top. Might need to use a screwdriver to pry the top of the glovebox down slightly, and it will pop right out)

Wiring routed through the glovebox opening 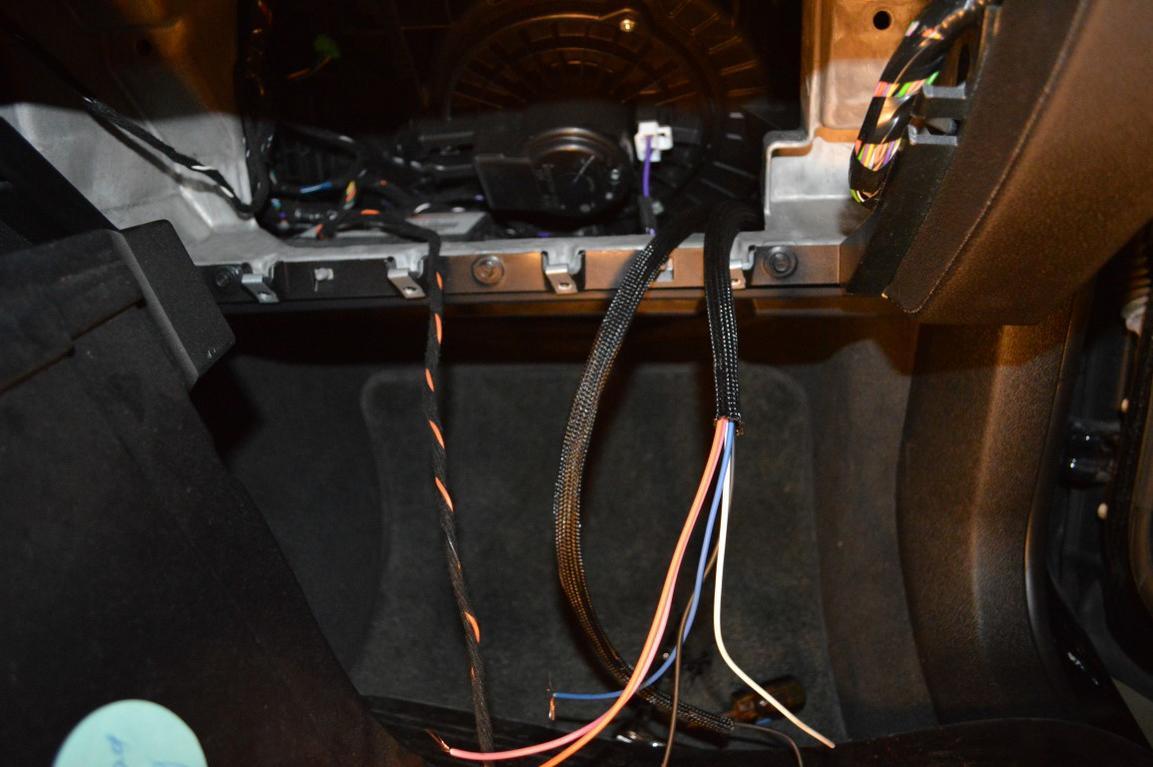 Soldering the wires and reconnecting the plug

(Don't forget to slide the heatshrink on first) 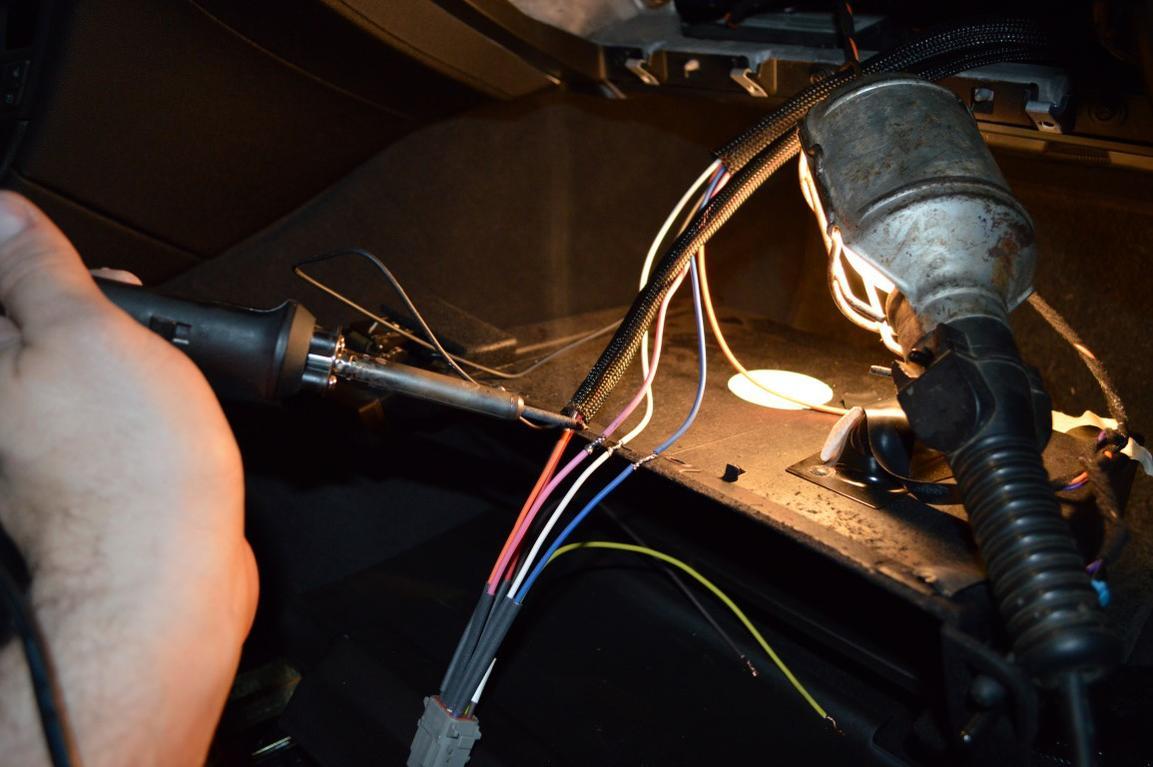 (After the heatshrink was shrunk, I slid the protective sheath back over the connections and secured it with a zip-tie 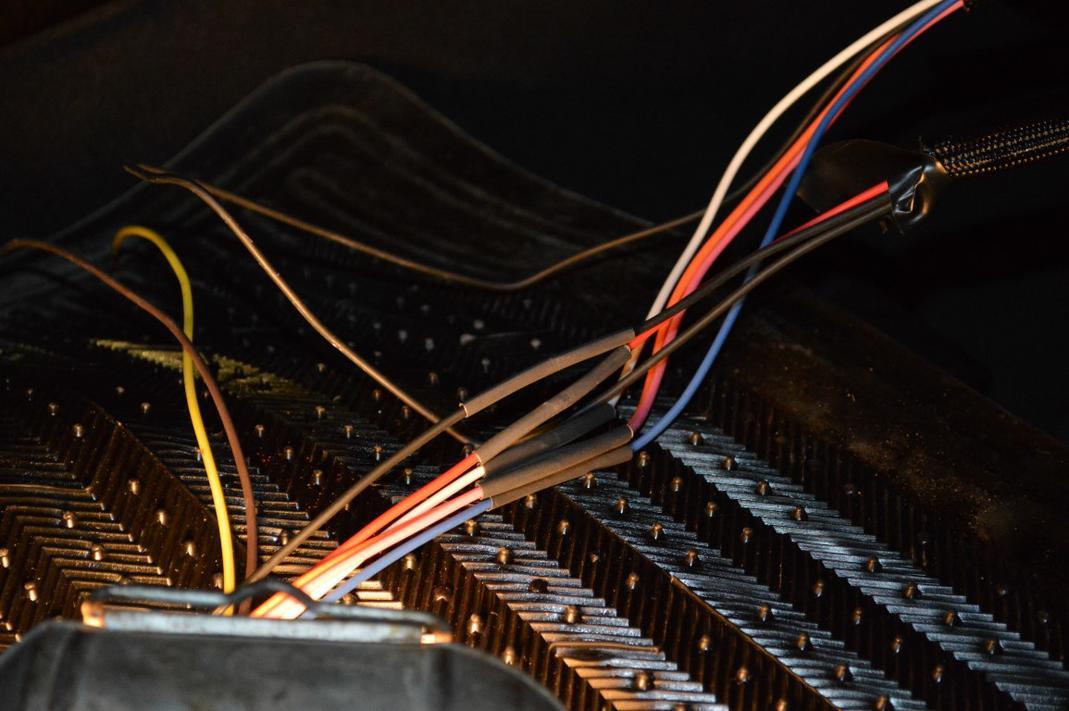 About to cut the hole in the back of the glovebox 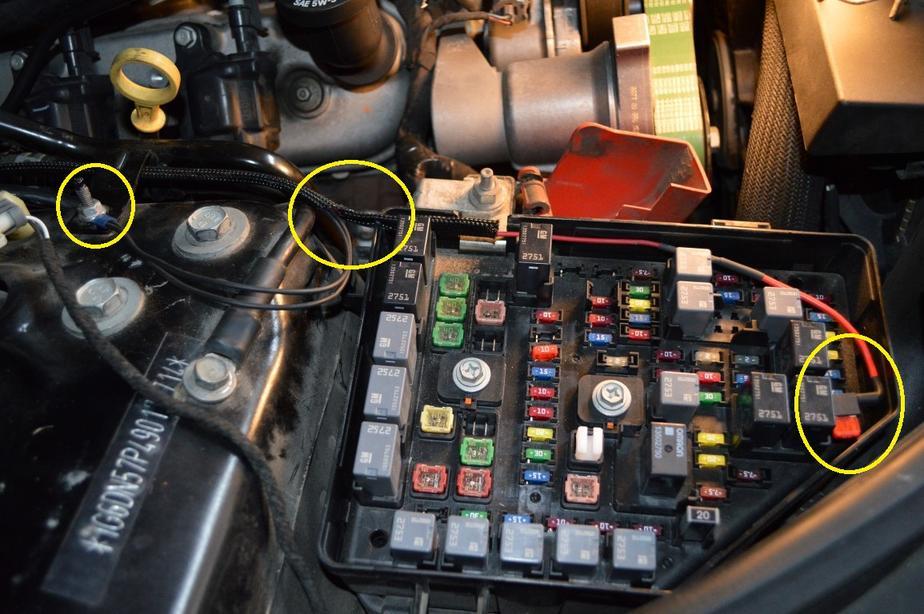 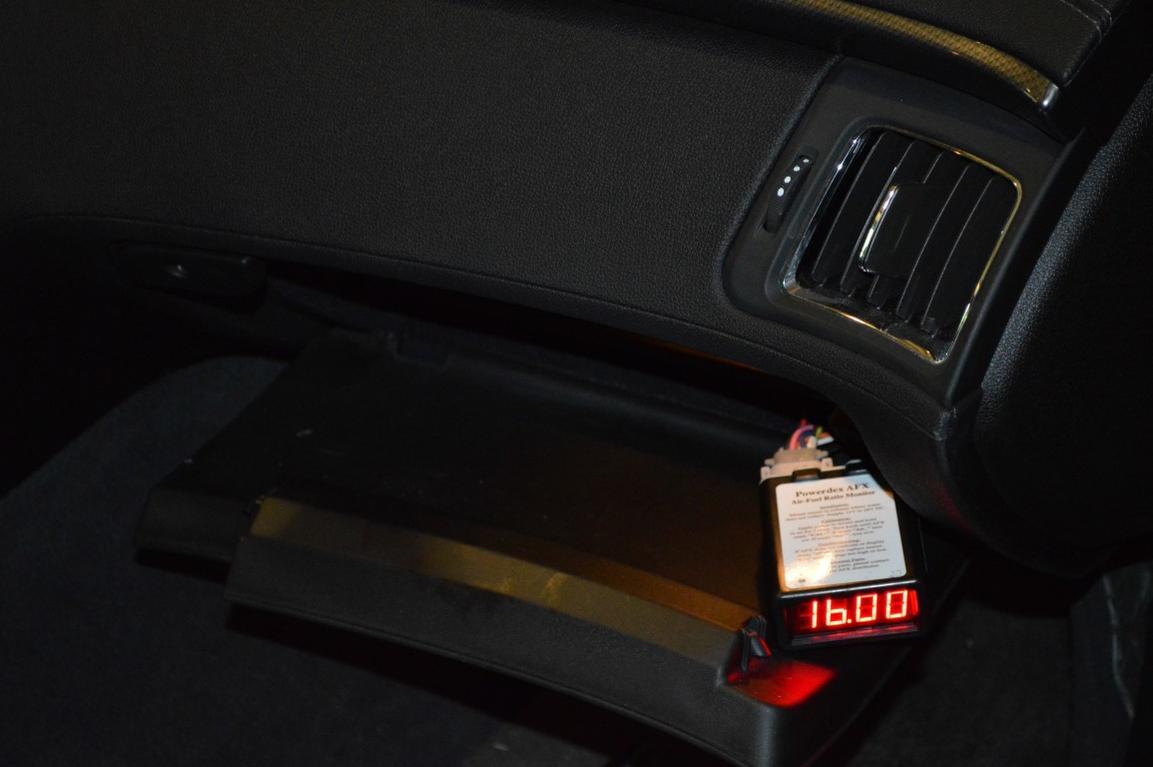 I did a free-air calibration for about 45 minutes 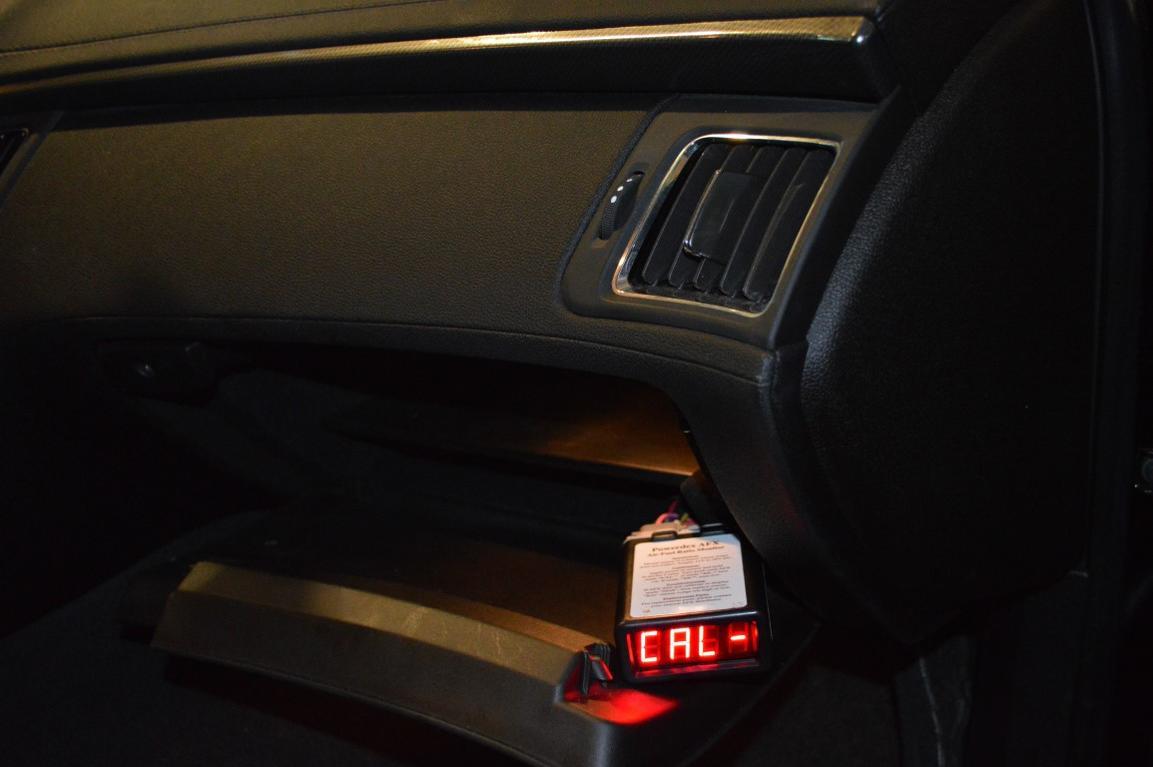 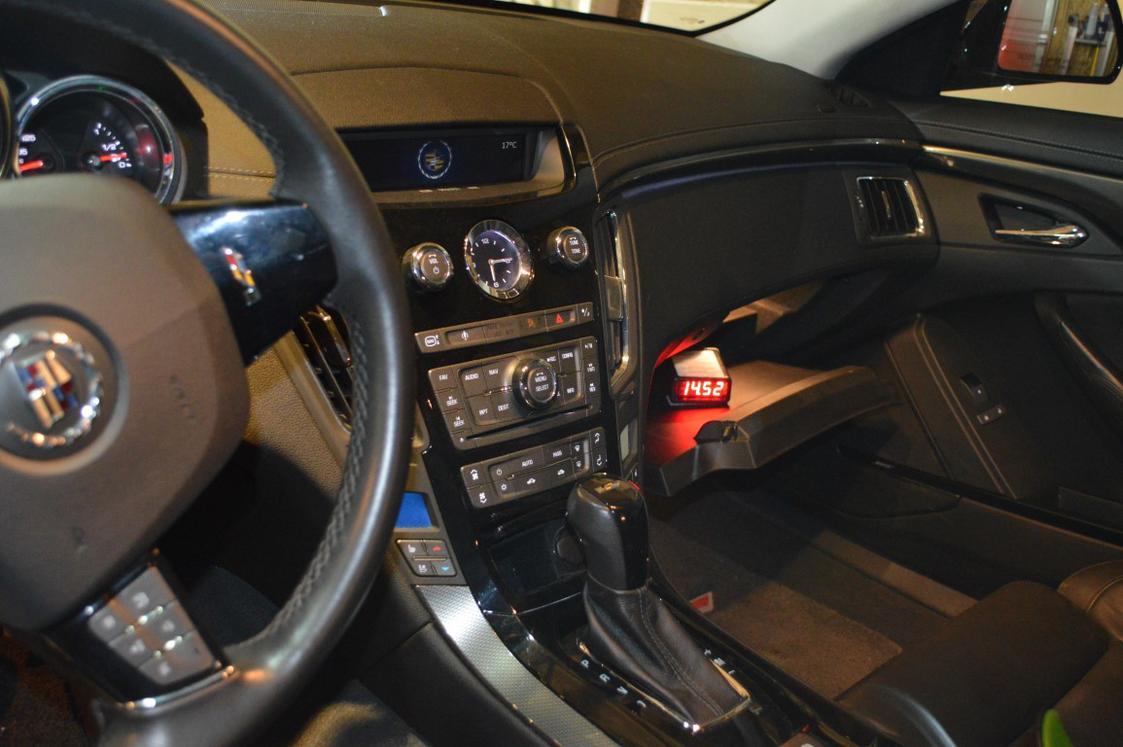 Hopefully this helps someone out.