Left Long Island, NY and headed straight out to South Dakota, hit the Badlands, then into Wyoming, thru the Big Horn Mountains, then up into Montana thru the Beartooth Mountain Range, then eventually up thru Glacier National Park and into Alberta, Canada… and back.

Below are some pics that barely hint at how amazing the roads are out there. These pics do NOT do any justice whatsoever to the real thing. I was not even able to take photos of the most spectacular roads and scenery because often there were no safe places to stop… either that or I was just having too much fun burning through the twisties.

The coolest thing is that the roads and scenery are just unbelievably amazing for hundreds and hundreds of miles. Just goes on and on, seemingly forever. All I could think of is how this is what heaven must be like.

If you haven’t yet driven your C6 on roads like this, you haven’t yet driven your C6. Much of the time the roads are open and empty, you can pretty much run as hard as you want. I opted to run these roads several times, a moderate run or two just to enjoy the beautiful scenery, then a spirited run or two for the sake of enjoying my extremely capable C6. I’ve never been through mountain roads this quick in my life… not even on bikes. The C6 is just incredible.

Car was loaded with luggage, had the wife along too. I was able to fit all luggage, several extra pairs of sneakers and hiking boots PLUS two motorcycle helmets in the coupe and was STILL able to store the roof in the back. This took some careful strategic packing but was ultimately not that difficult to make happen.

I’ve driven cross-country quite a few times in different cars and the C6 is by FAR the most comfortable car I’ve ever driven… period. My wife agrees. This is the first car I’ve ever driven that did not give me any cramps at all even after 12 hours of straight driving. This car gets an A+++ for comfort, that’s for sure.

Fuel mileage: for the entire 6,666 mile trip, the DIC said I averaged 26.9 mpg, but my very careful measurements and calculations yielded 27.45 mpg. I guess it’s safe to say the car averaged a solid 27 mpg in any case. I kept an eye on the DIC average mpg reading the whole time, with windows up, AC off and speeds under 75 mph, I’d climb up to over 27 mpg. However, with top off or windows down or AC on, at speeds over 80 mph, I’d drop down to as low as 26.2 mpg… but the average mpg reading never went under 26.2 mpg. This includes all the high rpm steep mountain twisty driving as well as some several hour traffic delays in the Chicago area. (Note about Chicago: I did use I-80 west to I-39 north to avoid the heart of the city, but I-80 in that area was still jammed, construction, etc… what a nightmare.)

Oil and water temps: one day heading back through Montana on a super straight desolate backroad, I was able to run at 95 mph for a few hours straight… and it was 95 degrees F outside. Oil temp never got above 232 F, hung out at around 230 F at speed, and water temp never got above 199 F at speed, would only climb a bit higher if I had to slow down. Same for high rpm mountain twisty driving, but the good thing about the mountains is that ambient temps are pretty cool.

Oil consumption and oil life monitor: I changed the oil just before I left and reset the oil life monitor. After the 6,666 mile trip, the monitor now says 52%. Seems that I lost a little less than about half a quart of oil over the 6,666 miles. I’d say this is ok since probably 85% of the time the car was being driven at over 75 mph, and/or up steep hills are higher rpm, etc.

Antilocks and stability control: I finally got to see the antilocks and/or stability control in action for the first time. I was really burning hard through one section of the Beartooth Mountain pass, flew into one downhill non-banked full hairpin type turn and all of a sudden the brake pedal felt like it was going to the floor. At the same time, a nasty vibration was felt in the car. At that moment it scared the heck out of me, I thought something was failing on the car, but then I realized it must have been the anti-locks / stability control. Well, I whipped around this turn perfectly and in full control, so whatever the car was doing it did it well. Perhaps it saved me from getting out of shape.

By the way, I never take turns like a wild Indian if other traffic is nearby. Many of the turns on these mountain passes are laid out in such a way that you can fully see the next few switchbacks before you even get there, so if and when the coast is fully clear, I’ll get a little spirited, but if any other vehicles are approaching, that means it’s time to cool down. Safety first, always. I have never been in an accident in my life (hundreds of thousands of miles of driving and riding) so I think that gives you an idea of where I place safety on my list of priorities.

One thing I found very difficult was trying to keep myself in my seat while carving the twisties. The C6 seats are very supportive, but the car is just so capable at carving the turns that the resulting Gs just want to rip you out of the seat. My arms were sore after a few hours of that type of driving. Especially hard is trying to shift while going through the turns as you now have only one arm on the steering wheel to hold yourself in place. I guess a good multi-point safety belt harness is needed here to keep the driver in place.

Z51 suspension: it was just fine almost all of the time other than when in citified areas and on certain poor condition interstates. A few sections of I-90 and also I-94 in Minnesota were terrible… ruts / ridges in the pavement every 30 feet or so… for miles… this was no fun… my wife was sleeping, she got shaken awake and proceeded to get shaken around like a rag doll as we traveled over this poor road surface. As well, in horrible places like the Chicago area plagued with construction, potholes, etc, it’s a nightmare. I was perfectly happy almost the whole time except for those few sections of bad roads. One thing I’ll say, the Z51 sure is EXCELLENT around those twisties!!! The car is just so well composed over dips, sharp banked turns etc at very high speeds… it’s a beautiful thing.

Z51 Supercar tires: Seems that in 6,666 miles, I only wore about 2/32” of rubber off. I measured about 8/32” of tread depth before I left, and measured about 6/32” of depth once I got back. I wouldn’t be surprised if 75% of that tire wear came from the mountain roads only. If I hadn’t been tearing up the mountains, I’d say my tire wear may have been only half what it was.

Top speed: call me a chicken, but I only got it up to 130 mph… fastest I’ve ever gone in my life… that’s fast enough for me. This was done of course in a desolate area with no other vehicles, on ramps, etc in sight, on a clear sunny day on a clean dry road surface. I first tried climbing slowly in 6th gear but once I got up to about 120 mph, the engine felt like it was starting to lug a bit… 6th seems too tall for 120+. So I slowed back down, dropped into 5th, then started climbing slowly again… got it up to 130 mph easily and it still had lots of room left. It’s amazing how quiet and well composed the car is at 130 mph. It feels like you’re doing just 60 mph.

Oh yeah... my painted roof did not fail even in several full days of 102 F degree ambient temperatures in full sun at 85 mph... all day long. I had installed some temporary "safety straps" to keep the top from flying away in case of a delamination, also had a sheet of plastic, tape etc in my tool kit. I was fully expecting a roof failure before returning home and was prepared, but the roof is still in perfect condition... no signs of failure yet.

Here's a pic of my roof "safety straps". I found this material at a fabric store. It is some type of ribbon with wire running through it... very light but strong. I just knotted the ends and tucked the straps under the front and rear roof seals. The ribbon is extremely thin so it does not hurt the seals at all. If the roof were to delaminate, these straps would at least keep the roof from taking flight, would give me enough time to pull over and then tape it down properly. These straps allow easy removal and installation of the roof... an ok solution until the "new" fixed roofs are available. 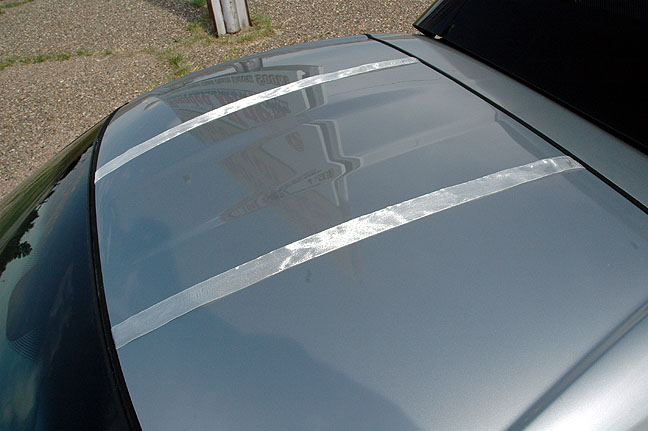 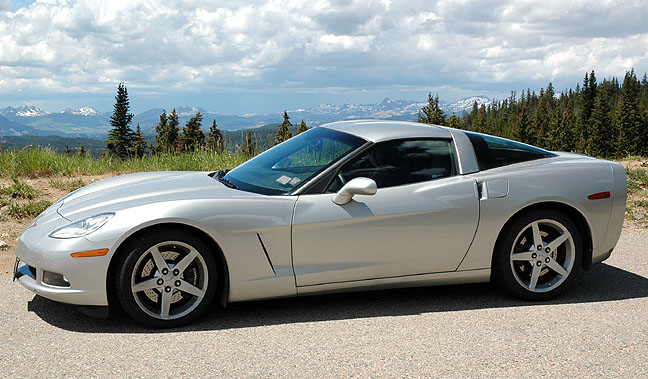 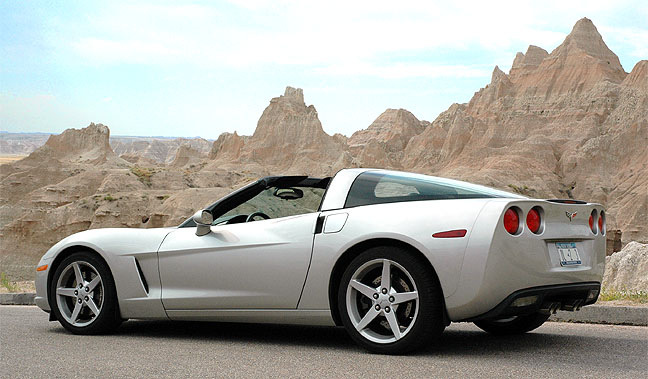 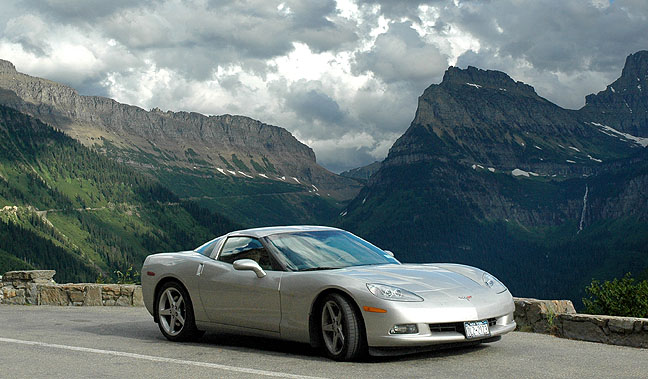 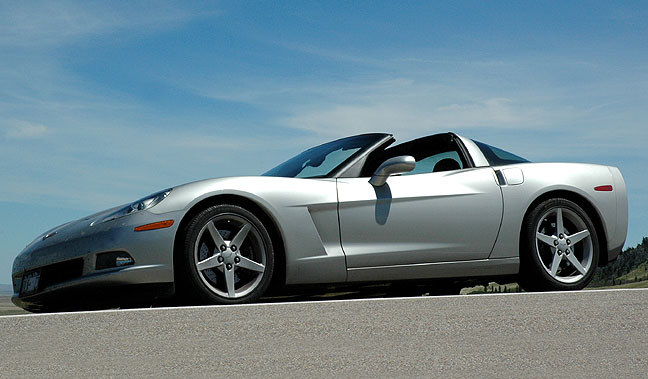 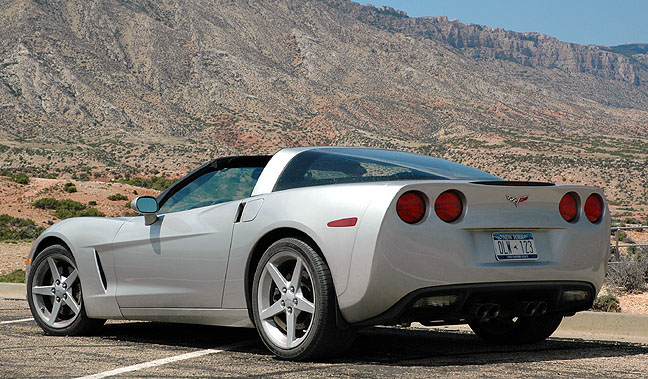 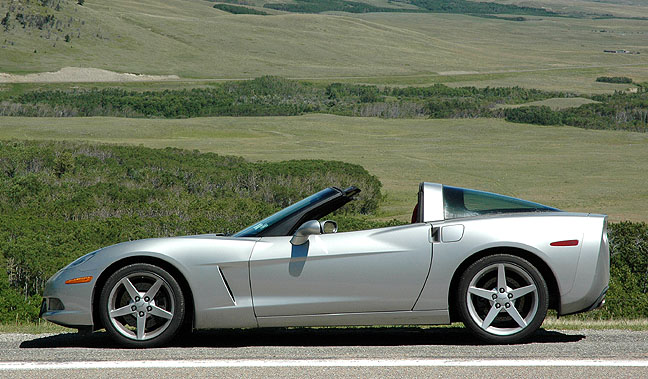 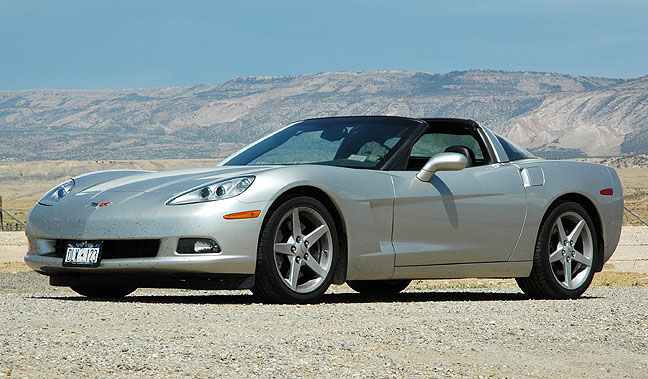 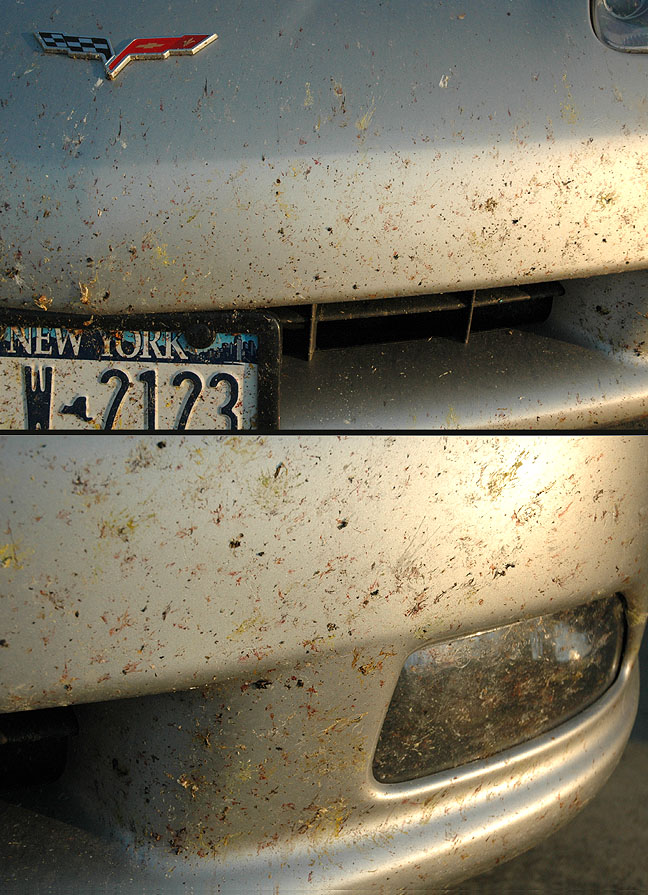 Once we got to WY, we borrowed our friend's motorcycle and rode around for a few days:

Beautiful photos! Looks like the trip of a lifetime!