Soon I will be starting the full build thread of my 68 Chevelle SS: Project Lost Hope by Rides by Design, give me your input of the rendering and your thoughts and suggestions, at the moment its about 1/4 complete

When I originally purchased teh the Chevelle I truly had no idea what direction to go because at the time I was working on my convertible, so it sat in my garage for about a year in a half and was using it as storage for my other project. I finally finished my other project last October and drove it for about the last few weeks before the winter started here in Chicago. I got rid of the Convertble and sat forth on the Chevelle on November and first thing was to get it blasted as I thought there was no major issues going on but sure enough. It needed full quarters, fenders, floors front and trunk, tail pane, upper cowl and side cowl panels, deck filler panel, and so oh and front header panel. I got all together but first thing was to get the floors done with my buddy and his father we started but with their busy schedule and the bad winter here in Chicago we sat the floor but truly never finished it. Then as the winter was going along and me planning things I found a guy whose price to start on the build was reasonable so I thought I gave it to the guy in March within days I saw how much full of **** he was and within days I took it right back. I was bumbed and stressed but with all the sheet metal I had purchased there was no turning back. I found within a a day or two Rides By Design in Richmond, Illinois. I called up Richard Trip owner and builder of Rides by Design and prity much the deal was struck for him to take it off my hands and within a few days he picked it up. I went by the shop and felt comfy and confident that he could get the job done. Everyone should check out his facebook page with great work http://www.facebook.com/ridesbydesignrichard. He has helped me a great deal and is on point with build. The goal is to get it done by next May and going all out not holding back. I will be posting pics to get everyone caught up and go from there, THIS IS NOT THE FINAL RENDERING 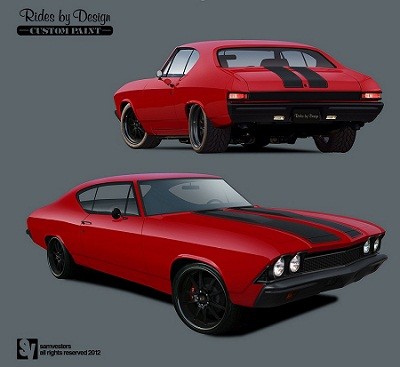 Here are a few pictures of when i first received the car looked solid from far away but then i got to stripping it and had it soda blasted in the back yard of my house. I had never strippe down a car before but someone had to do it. Once the car was blasted I knew I had nothing but scrap metal but me being the type that thinks outside the box decided to take on such a project even though at the time I was doing a 74 Caprice Convertible that is now gone. Once it was done I focus on the Chevelle. Me and a buddy of mine installed the floor but never fully finished it as he was working to many hours and so was I. I decided to take it to a local guy that had posted his work on craigslist and there I thought I would be safe but thank god it took me only 2 days to figure this guy was full of you know what once he told me how he would bondo the rear tray and leave the screws on. A few days later and $500 down the drain but looking back well worth the experience and I have read horror stories so I figured $500 was nothing. I then contacted the guy I originally wanted to go with but since it was a long drive I passed (check his work out and my progress on my build http://www.facebook.com/ridesbydesign) but as soon as I called him we had practically agreed on the project over the phone. He came by a few days later was straight honest with me and a few hours later as you can see the last pick it was on a trailer to his shop Rides by Design Speed & Custom to start his magic. Since then the car has been totally transformed and I will be posting more pics later on today 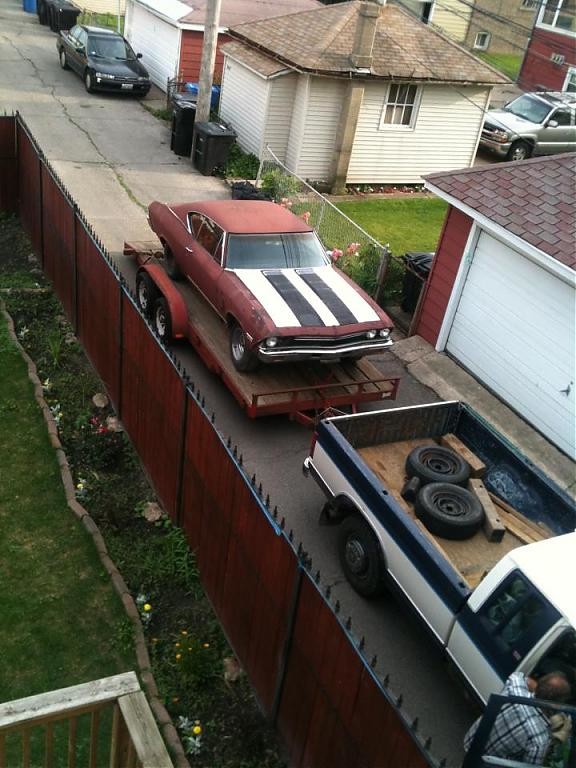 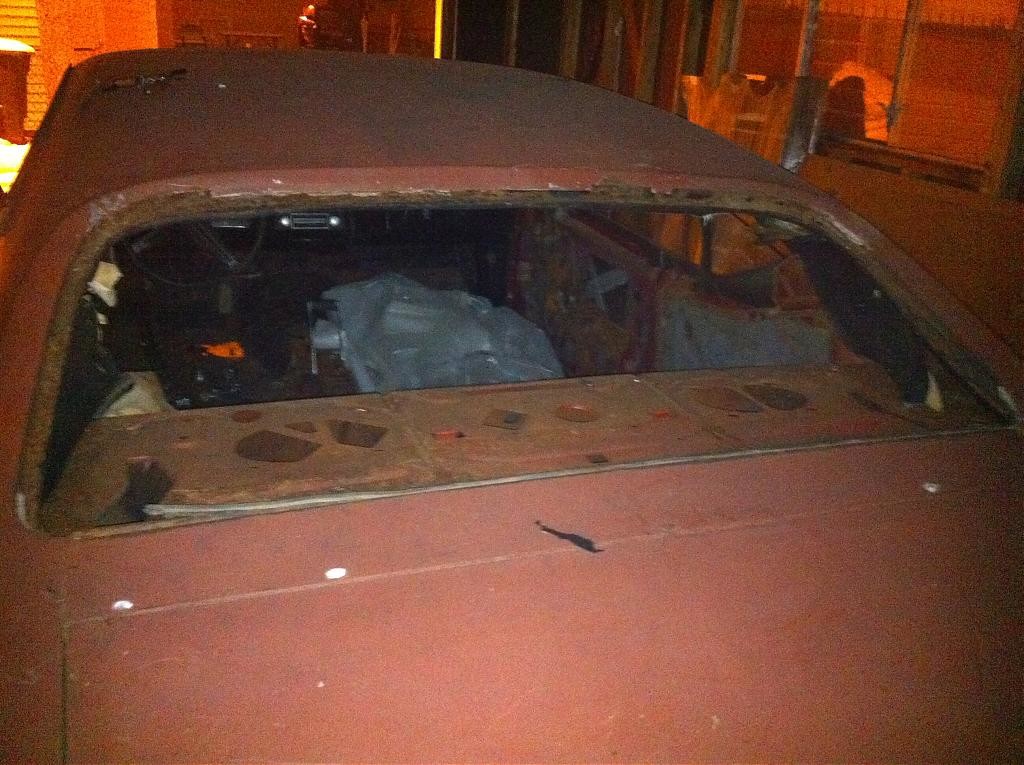 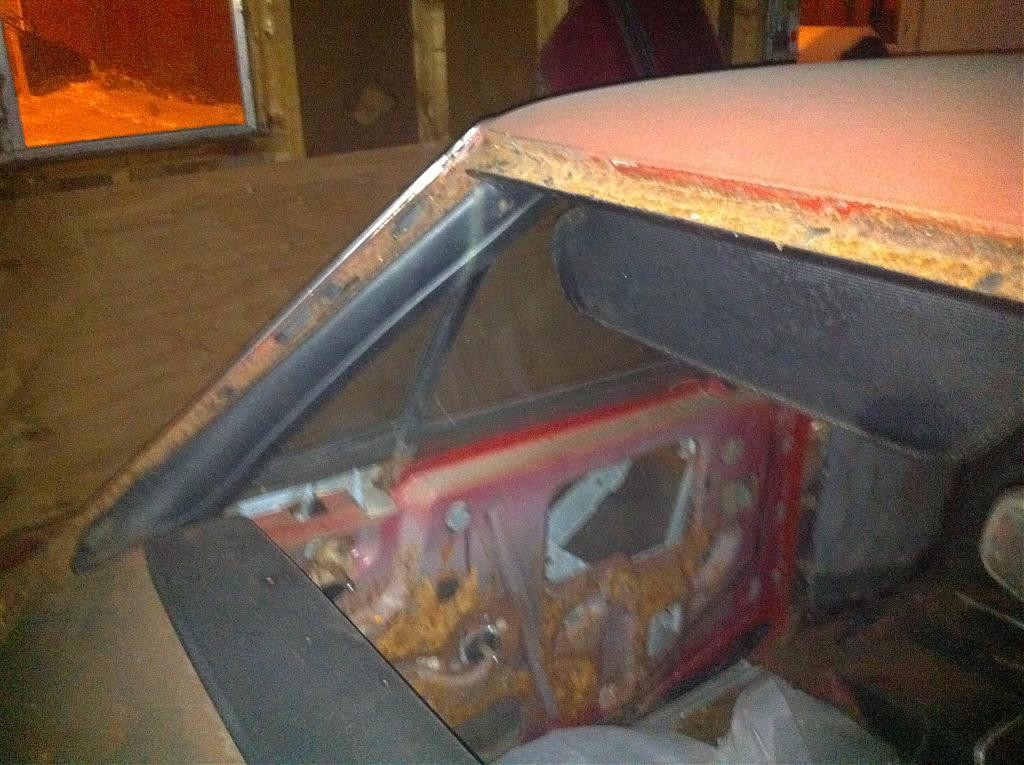 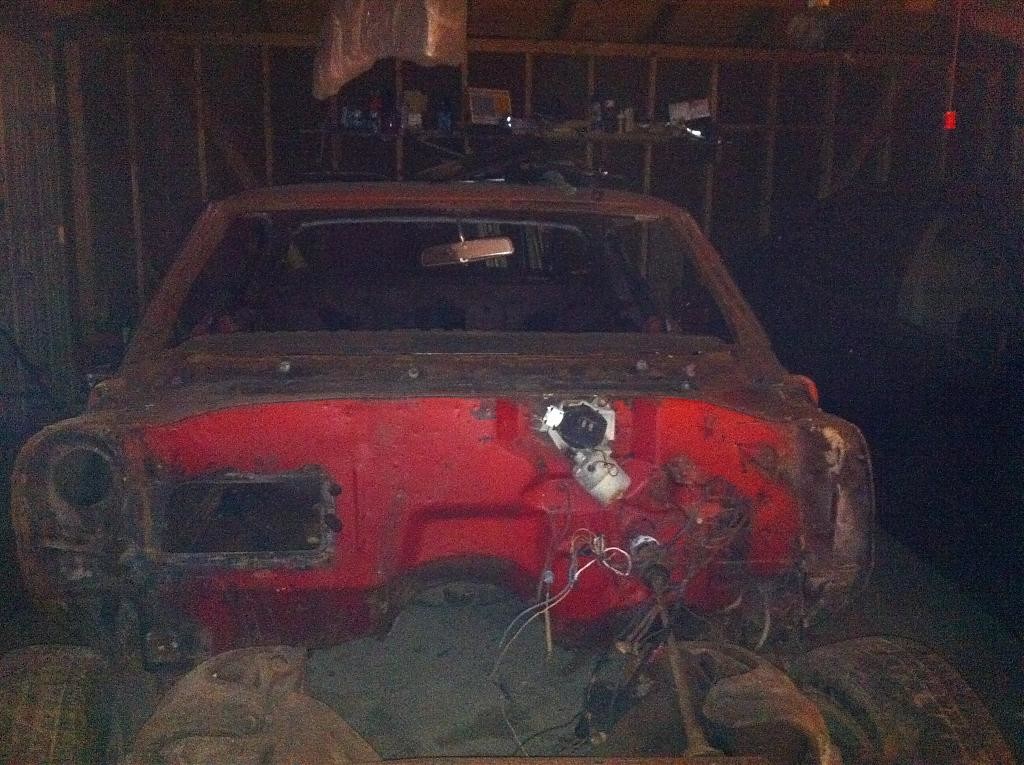 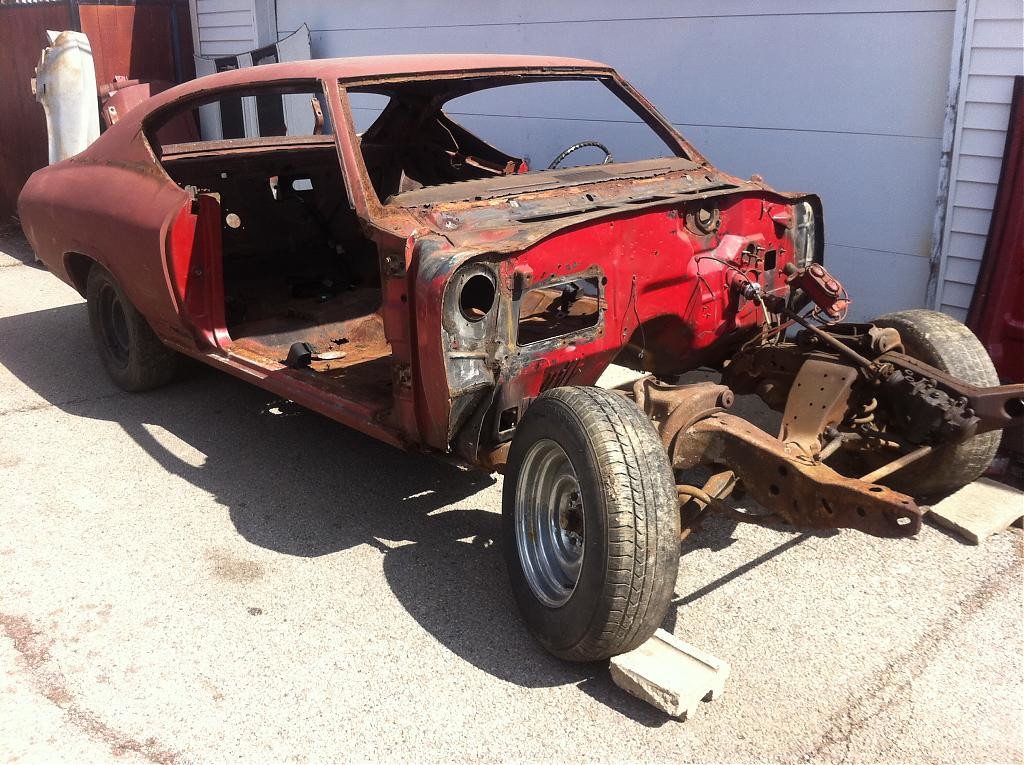 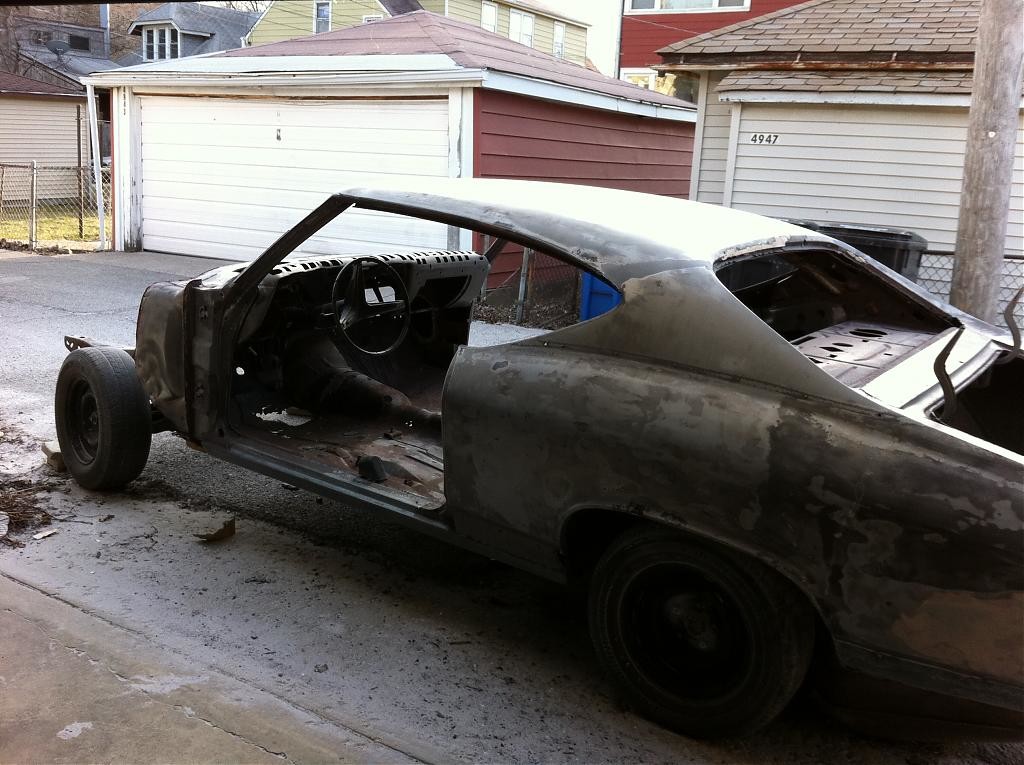 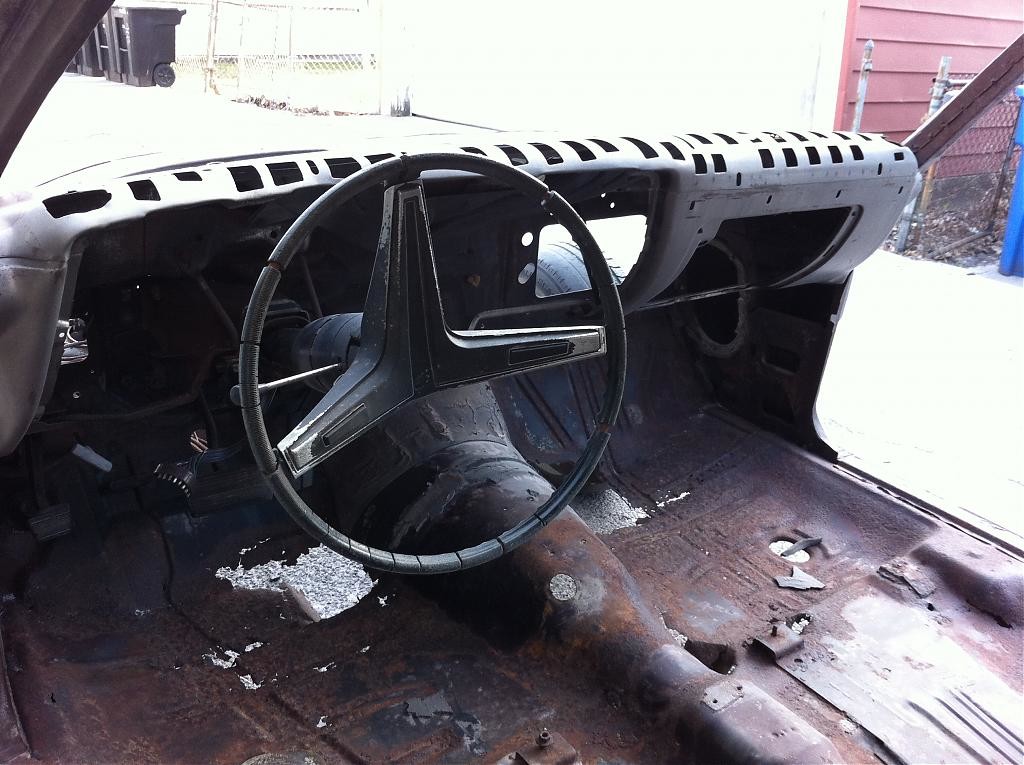 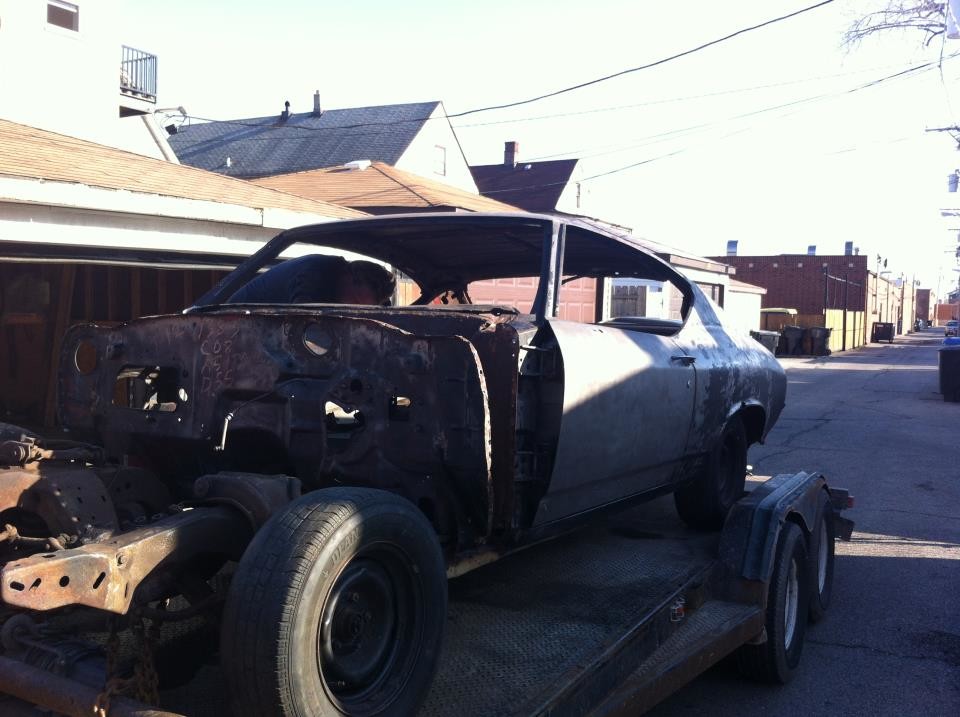 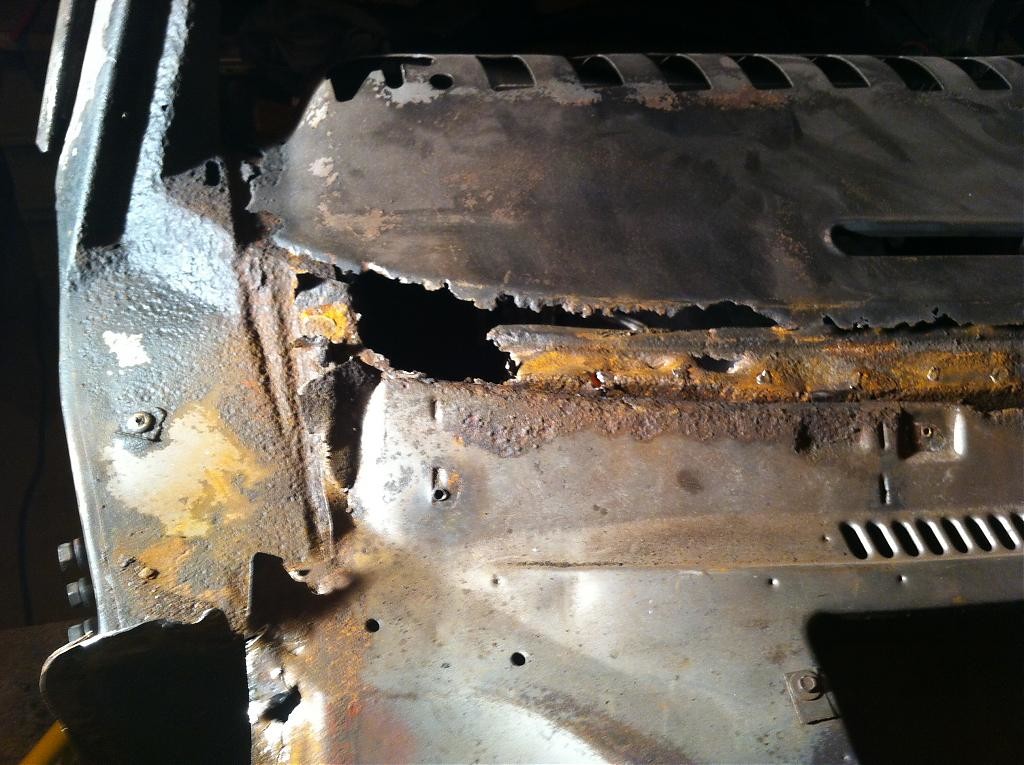 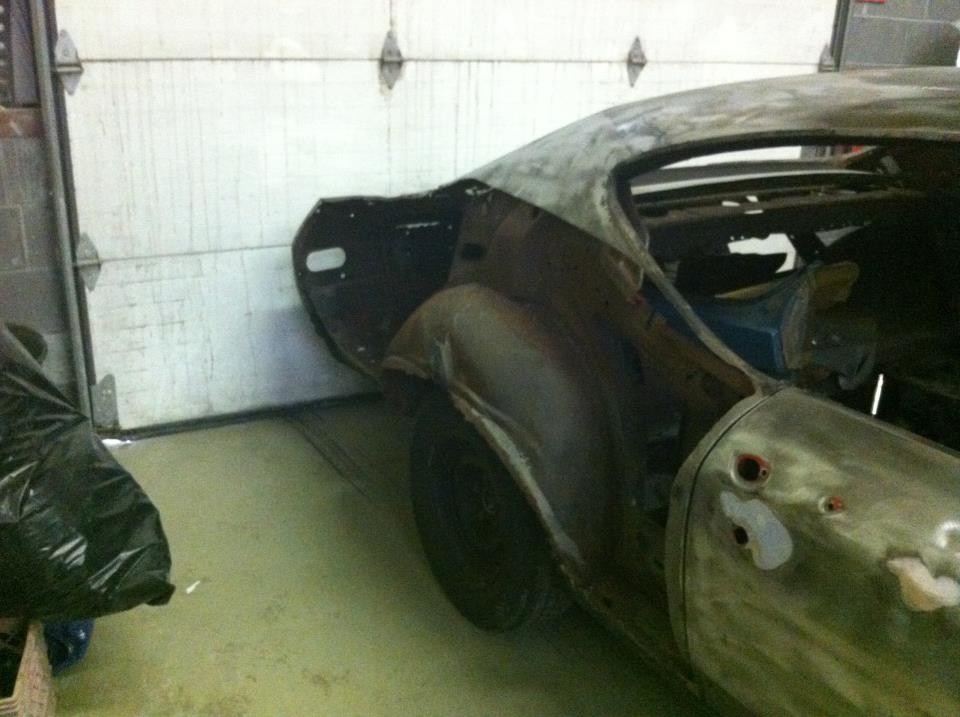 at the moment I have suspention pretty much done, while I have currently going body which is almost done, interior and engine going on. But mean while I will keep you guys updated and continue to post until I get you all up to date with my build, please give me your input, I am sure why everyone will ask why not start with a clean body, my response to that is that not every shop would really take on such a huge project due to the intense sheet metal and cranfsmanship needed which I found in my builder. Also why not bring something from the dead back alive and I would not do it any other way 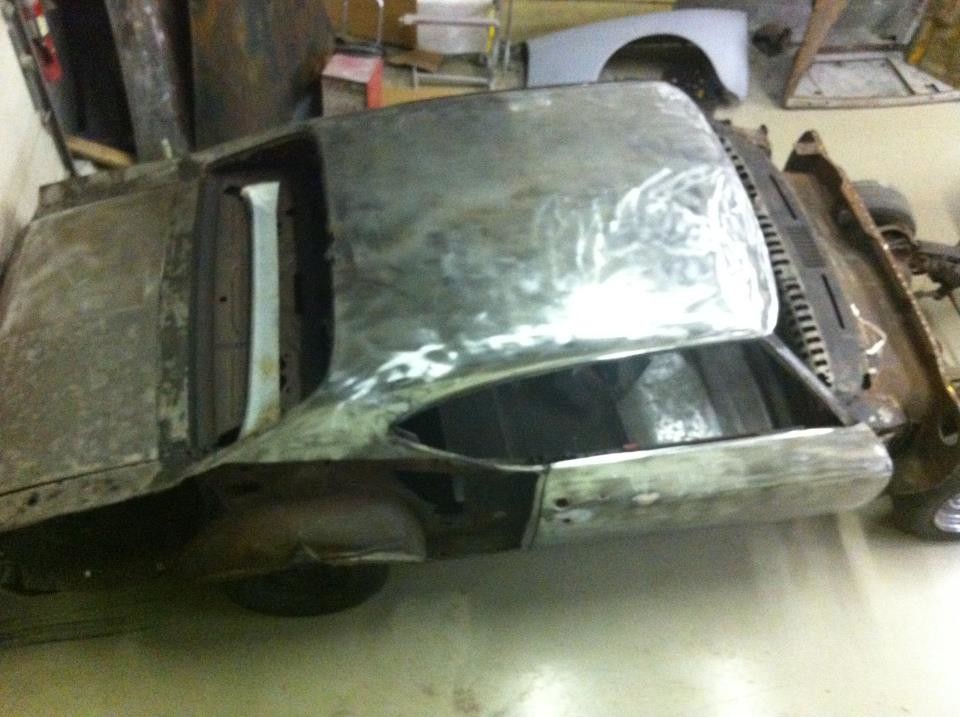 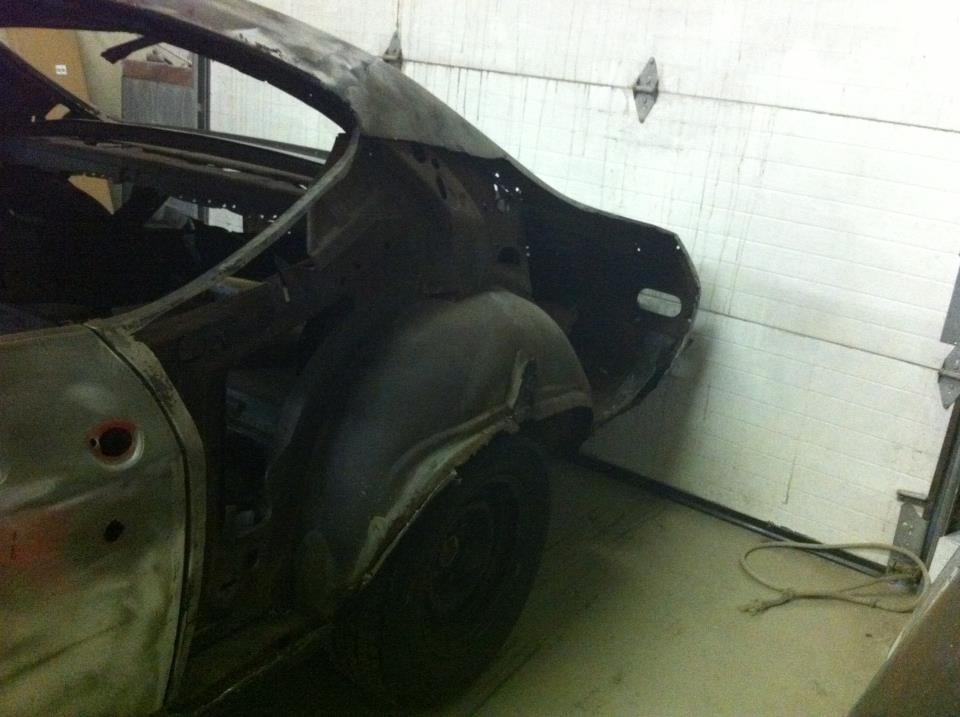 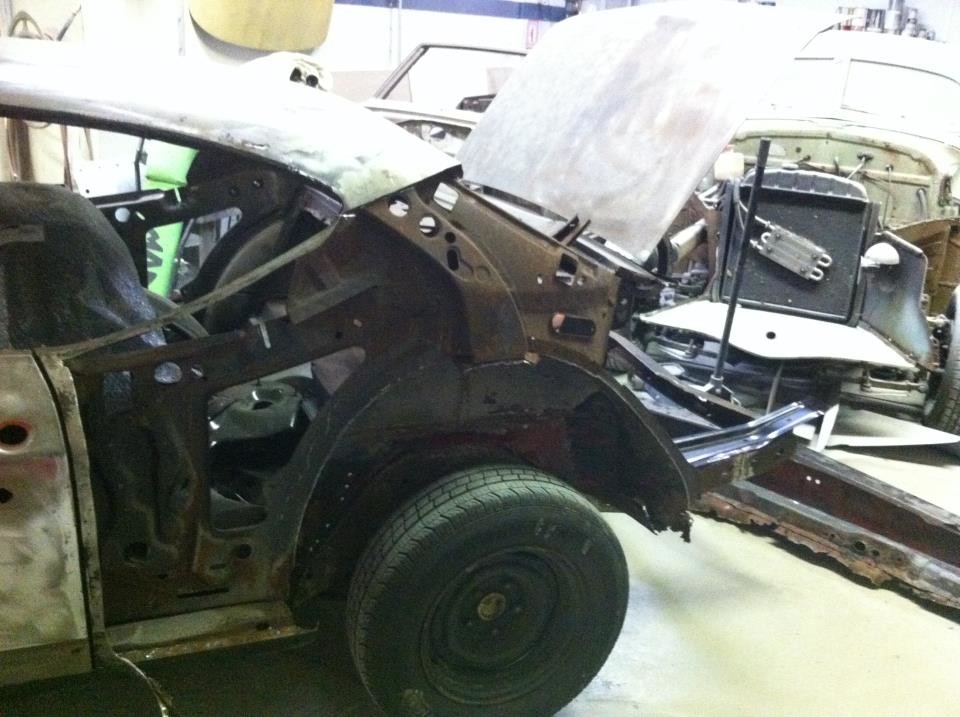 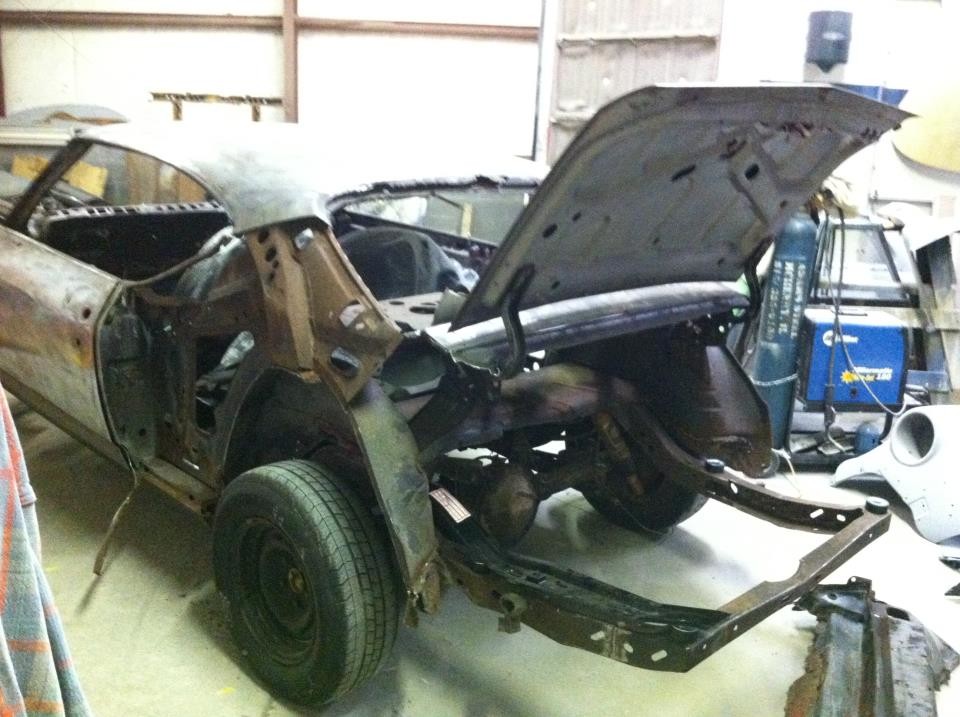 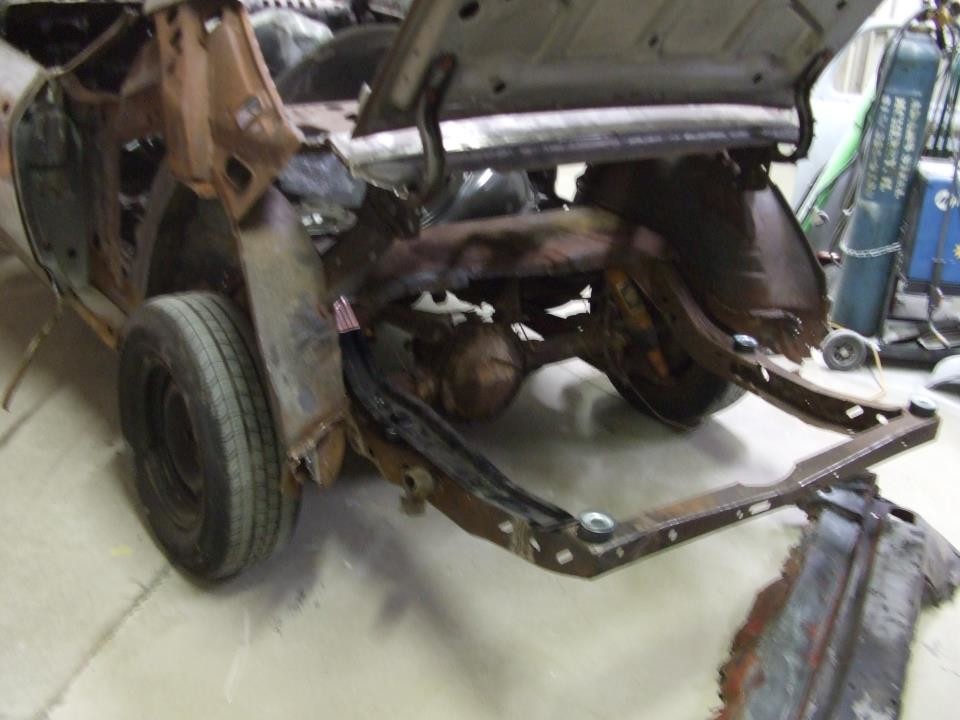 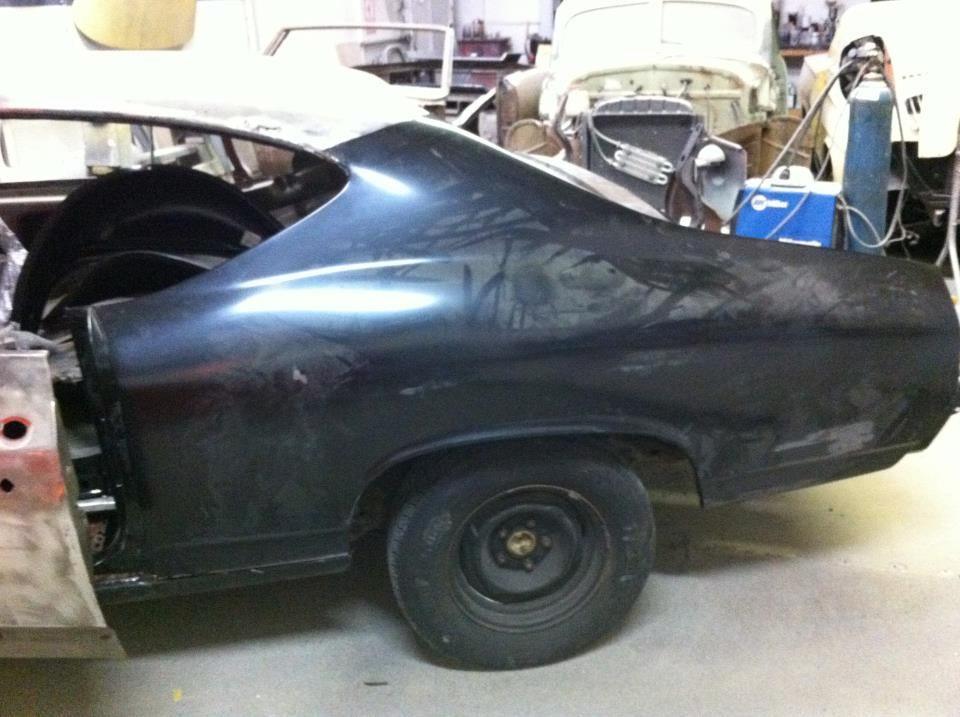 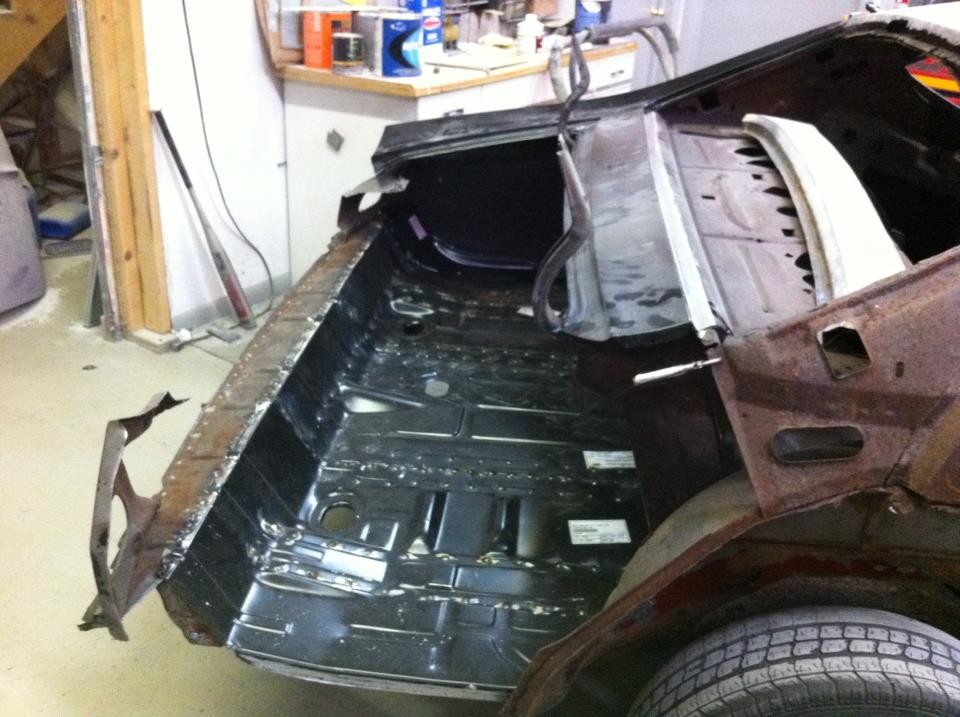 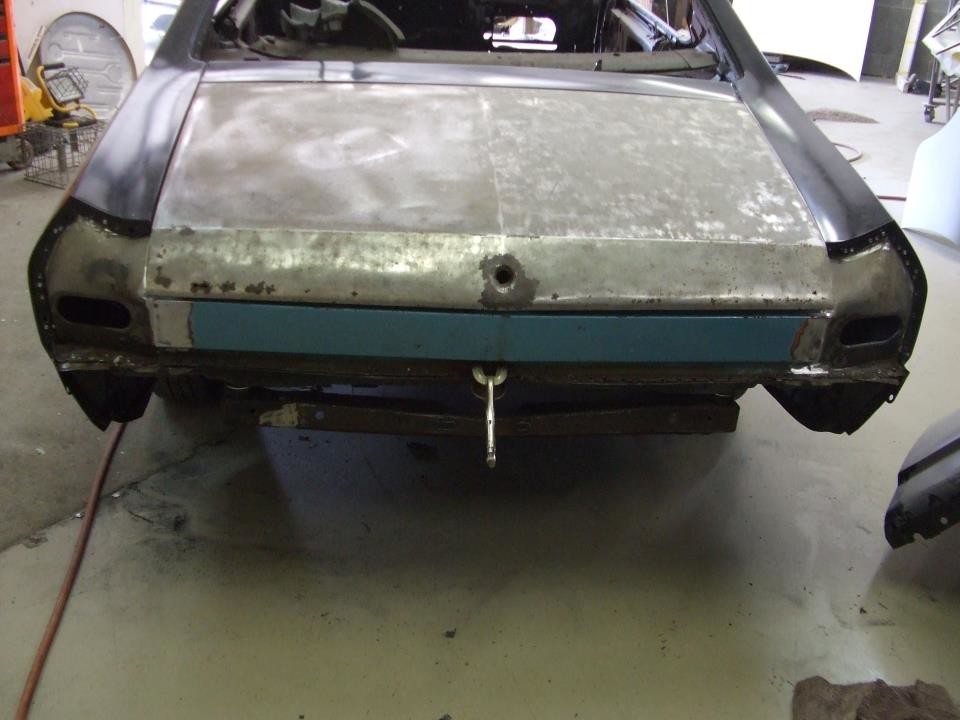 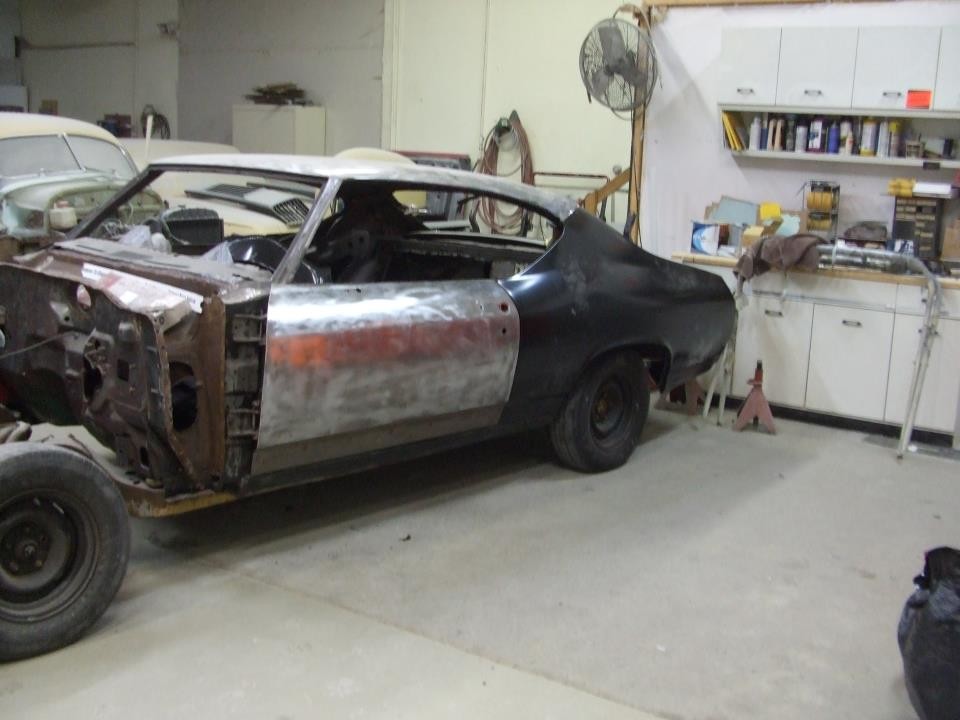 Wow what a build!