How to Fix the Play in the Power Seat Tracks


If you read my other post you know I followed someone else write up on how to do this. It was definitely helpful, but had some unnecessary steps.

Excuse the condition of the carpet. While the seats were out I cleaned the whole truck and shampooed the carpet. It's now spotless. 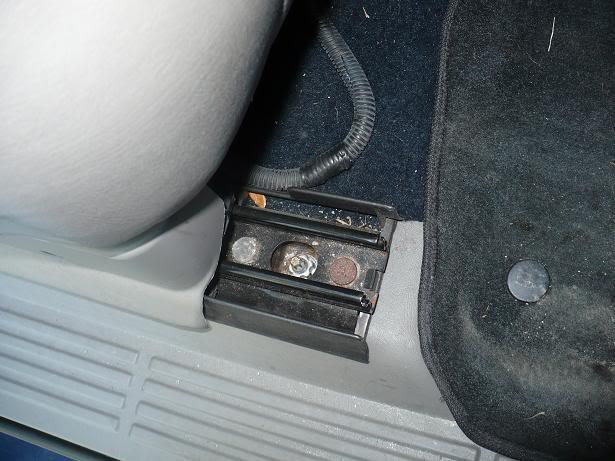 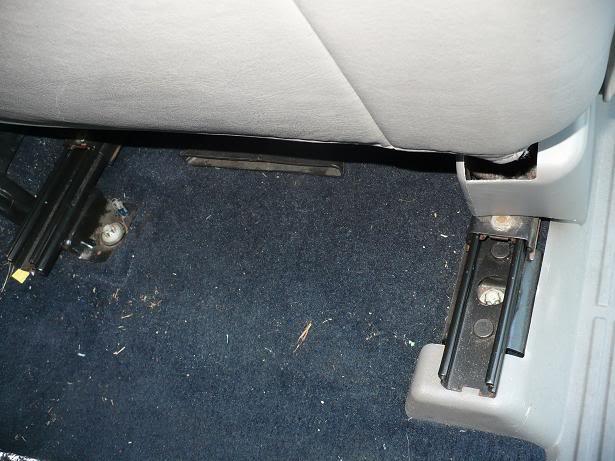 Then take the seat and turn it upside down leaving it plugged in so you can move the track back & forth. I supported the head rest with a step stool. 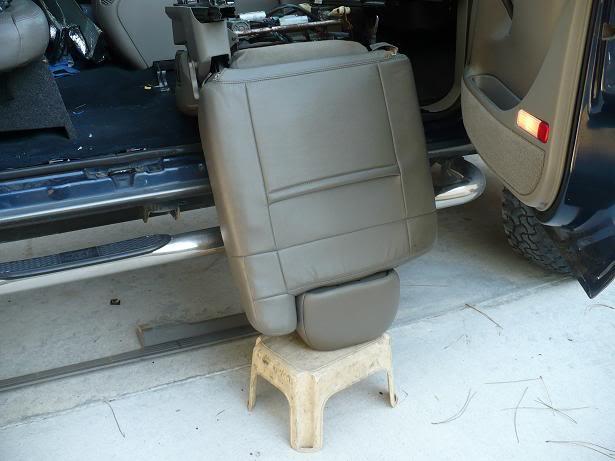 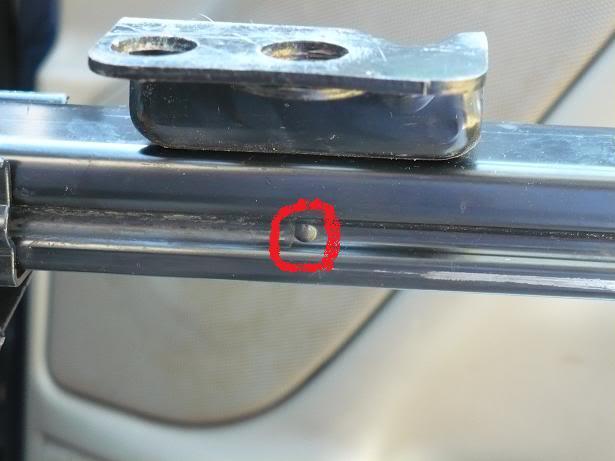 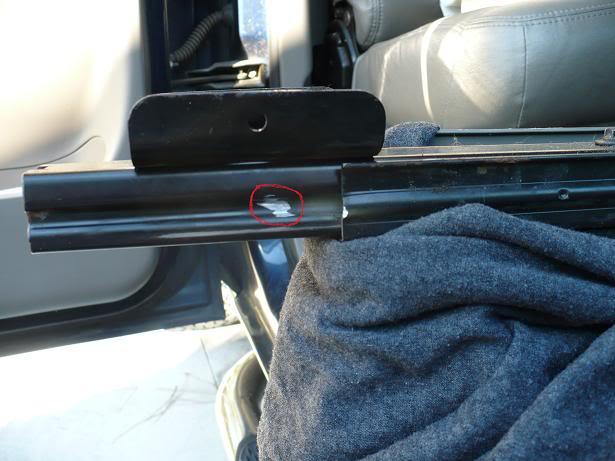 Next slide the track all the way forward and remove the bolt that hold the screw drive in place. It's 10mm on top & 15mm nut on bottom. On one side you can get the nut from the rear. On the other side you have to go through a hole on the side of the track. Sorry I didn't take a picture of the side access, but it's pretty easy to see. 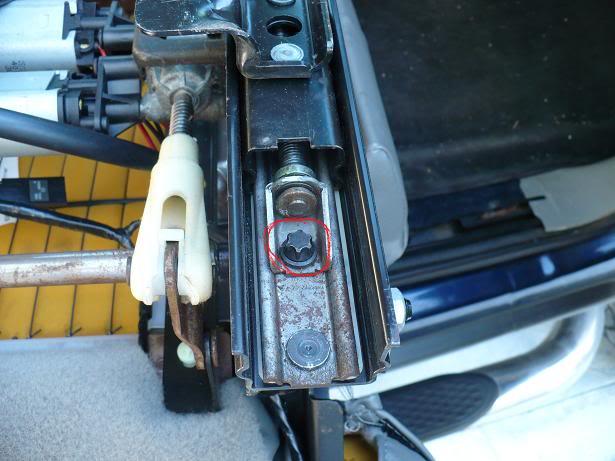 Then remove the two 8mm bolts that attach the slide to the seat track. 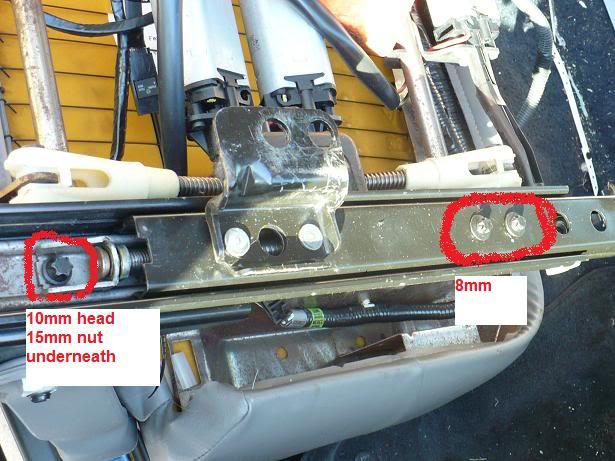 Then pull the slide rod assembly out. You will have to slide the seat track back at the same time because it doesn't clear some of the protruding bolt on the track. One of them I had to use a mallet to get it to move far enough. The rest slide easily by hand. You will see plastic ball bearings on each side of the track. They are in the front & rear. Make sure you don't slide it back too far so they don't come out. If they do come out they are easily reinstalled as long as you don't loose them. 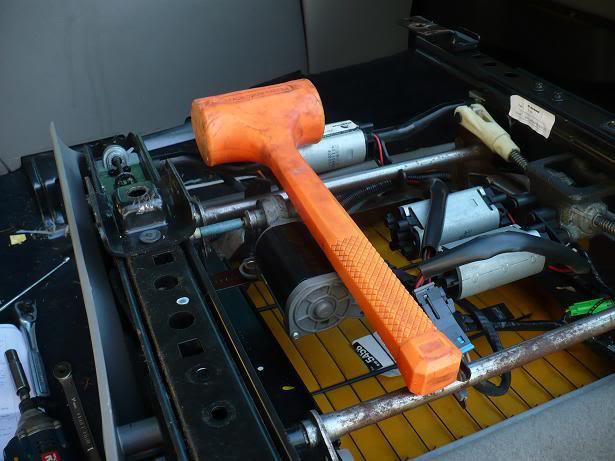 Here is the slide rod assembly after removal. See the gap where the old bushing deteriorated? 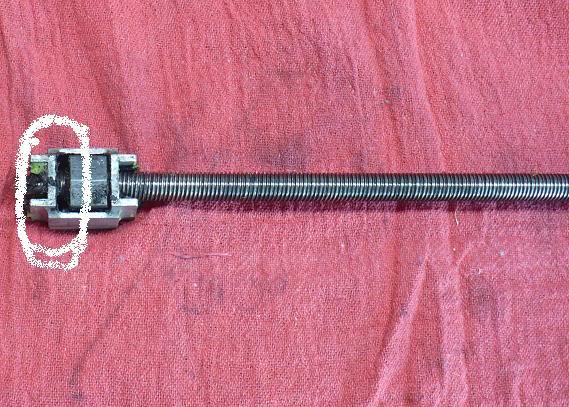 The write up I was going by used washers to fill the gap where the factory bushing was. That was my original plan. I have a lot accumulated a lot of stuff over the past 20 years in my house. While searching for some washers to use I came across some old hard plastic ATV A-Arm bushings and decided to use them instead. I had to cut it down and enlarge the whole a little. They worked out perfectly.
Before I cut it up 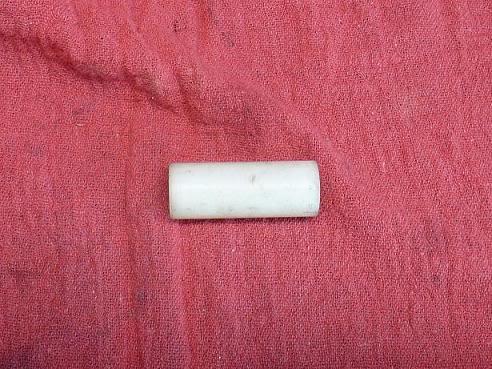 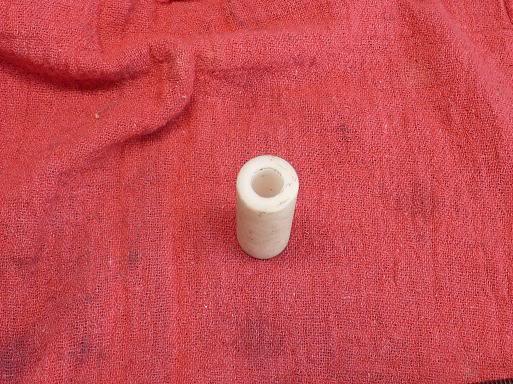 Here is the bushing ready to install. 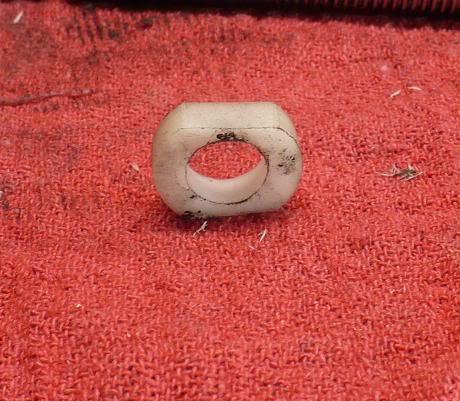 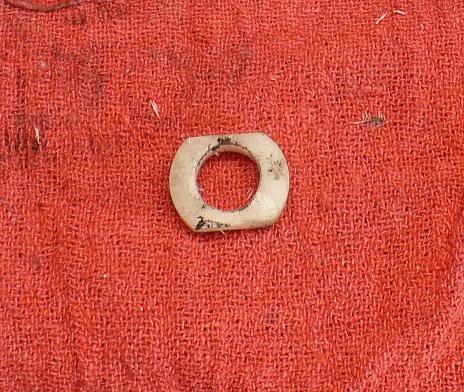 Here is the slider with bushing installed. 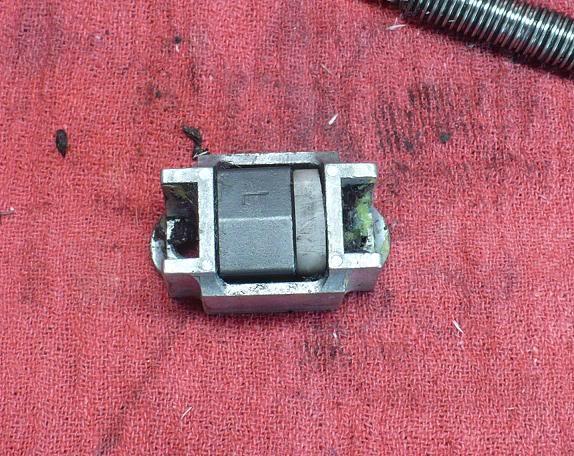 Here is the pair ready for reassembly. Not the position of where the slider is. This was the best position when reinstalled. Make sure they are equal so the track is straight. 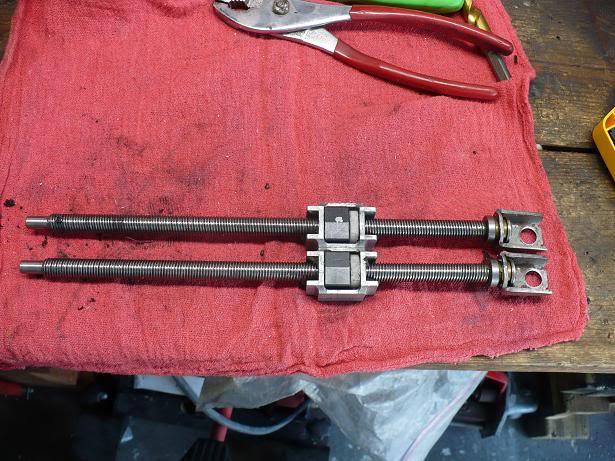 I used a pair of needle nose pliers to slightly rotate the slide bolt to get it to line back up with the cable that drives it. It's driven by something similar to a speedo cable. 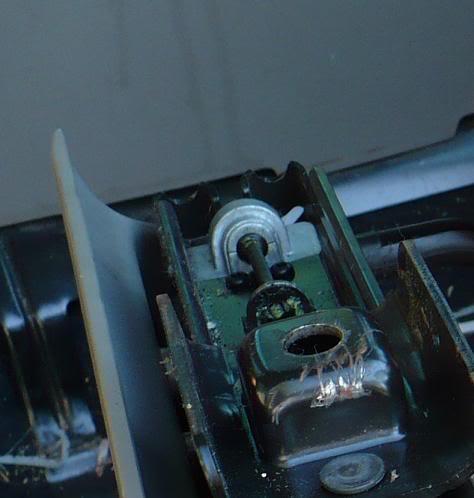 Next bolt the slide rod assembly back in place with the 11mm bolt & 15mm nut. Then slide the seat tracks to line up with the sled block and install the two 8mm bolts.
That's it you just fixed the play in your seats.