I thought I'd share some pics of my Custom Steering Wheel that was built by David "Fishman" Rivera. For those of you who don't know Fish he is a Custom Fabricator & has built several Demo Cars for Car Audio Manufactures. Luckily he's also a good friend of mine... 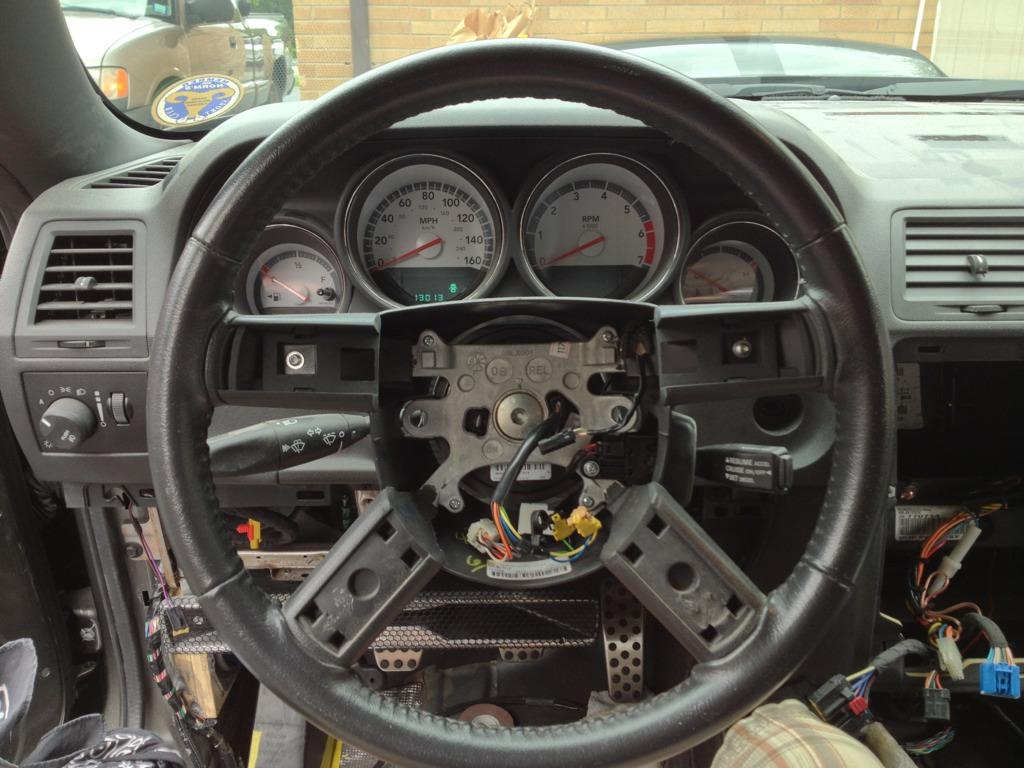 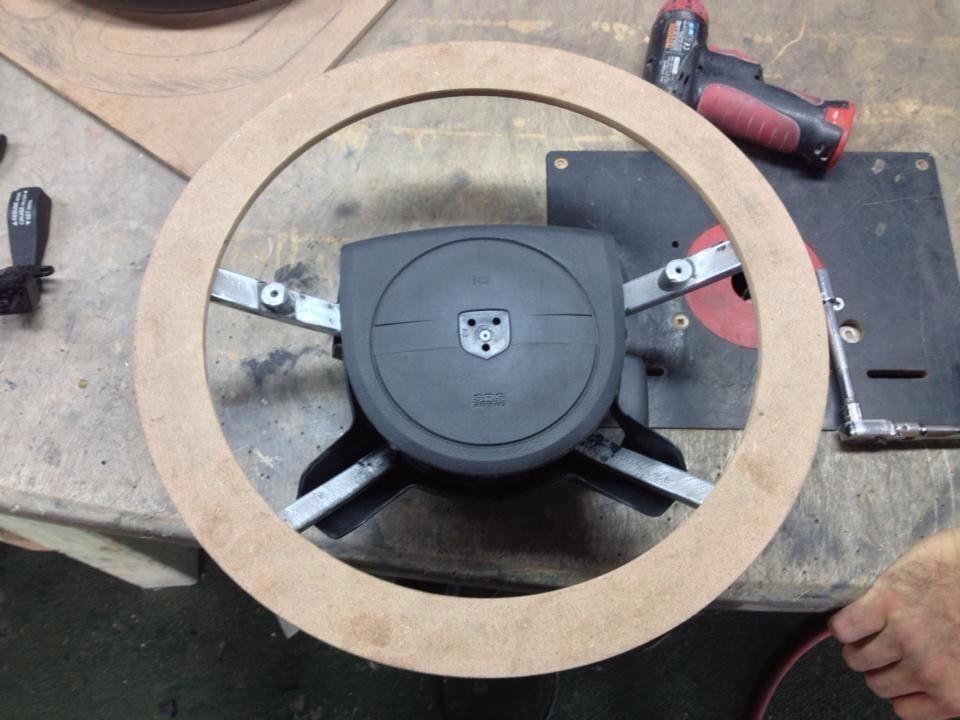 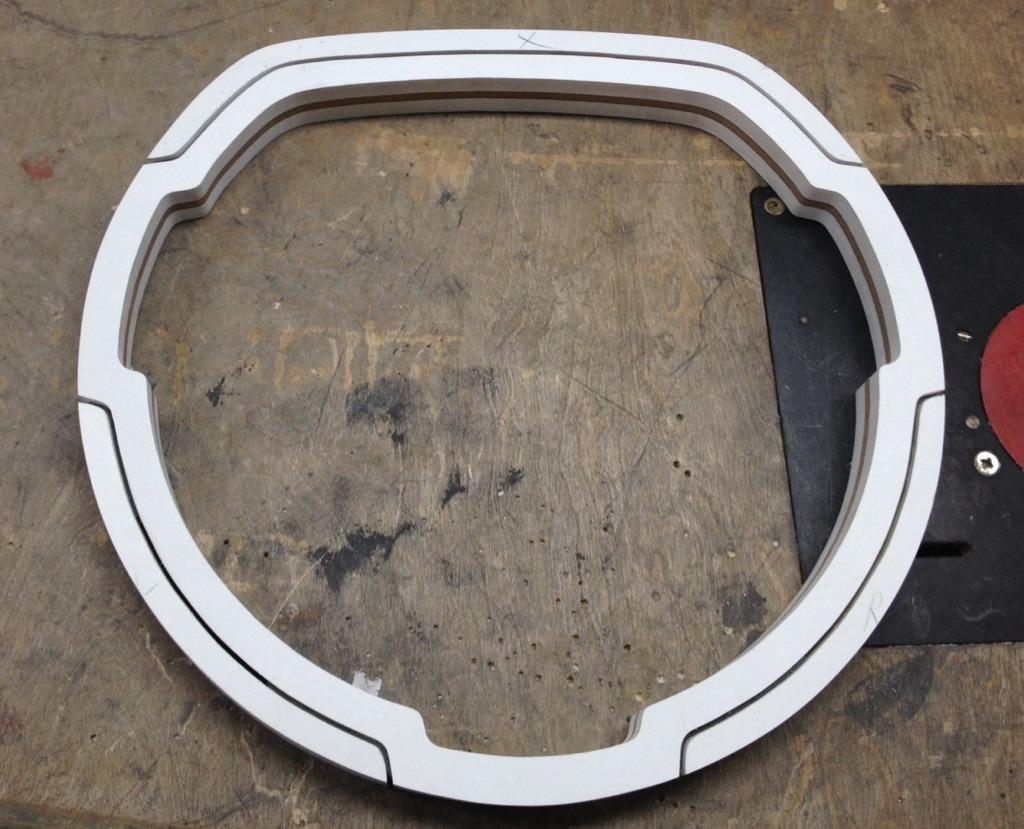 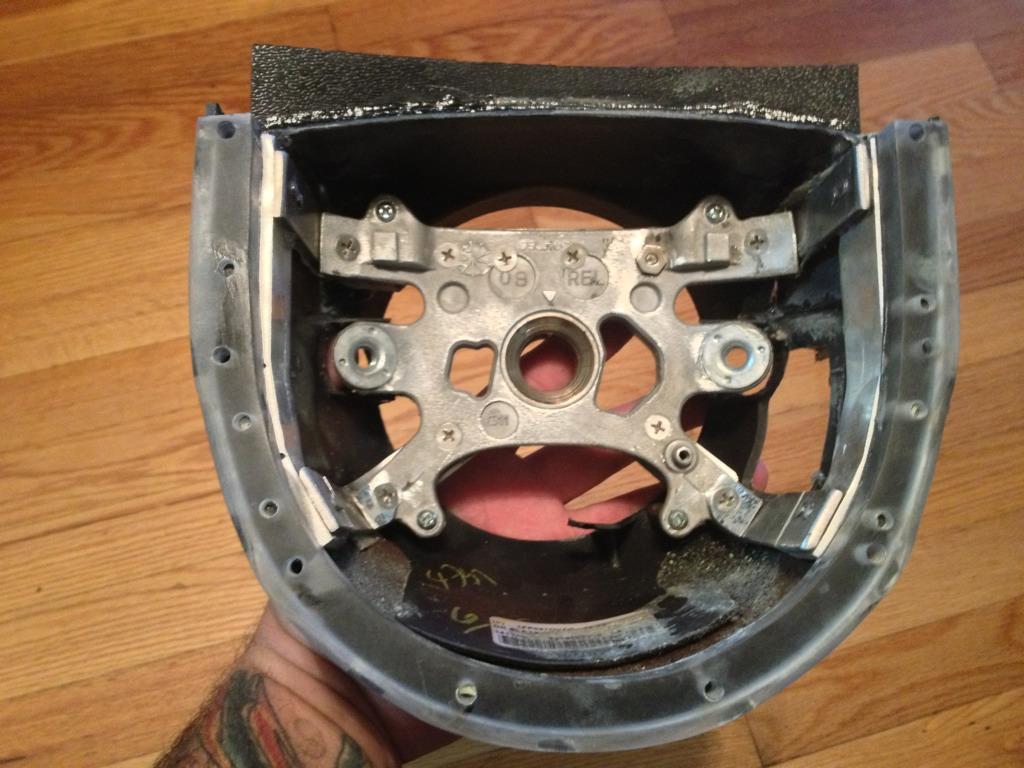 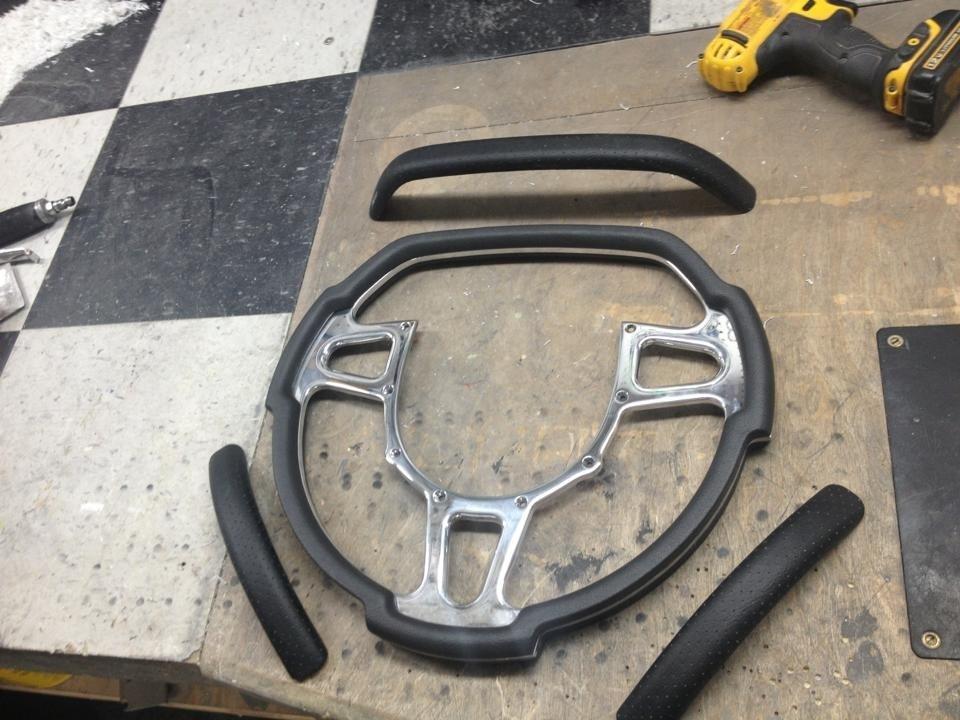 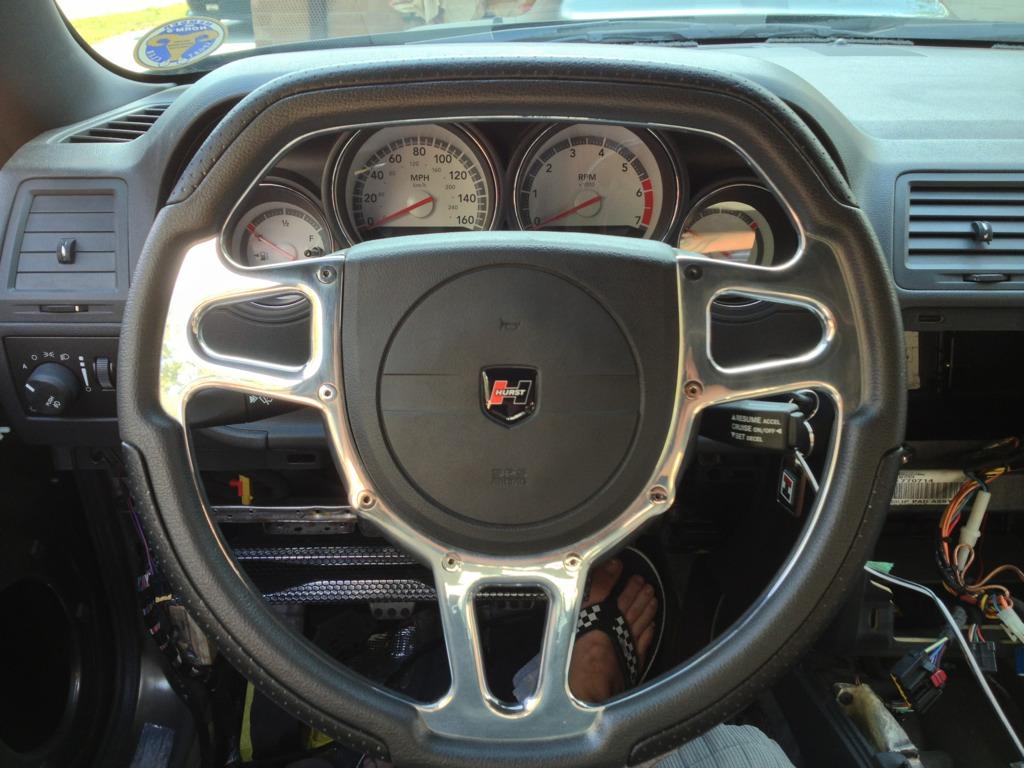 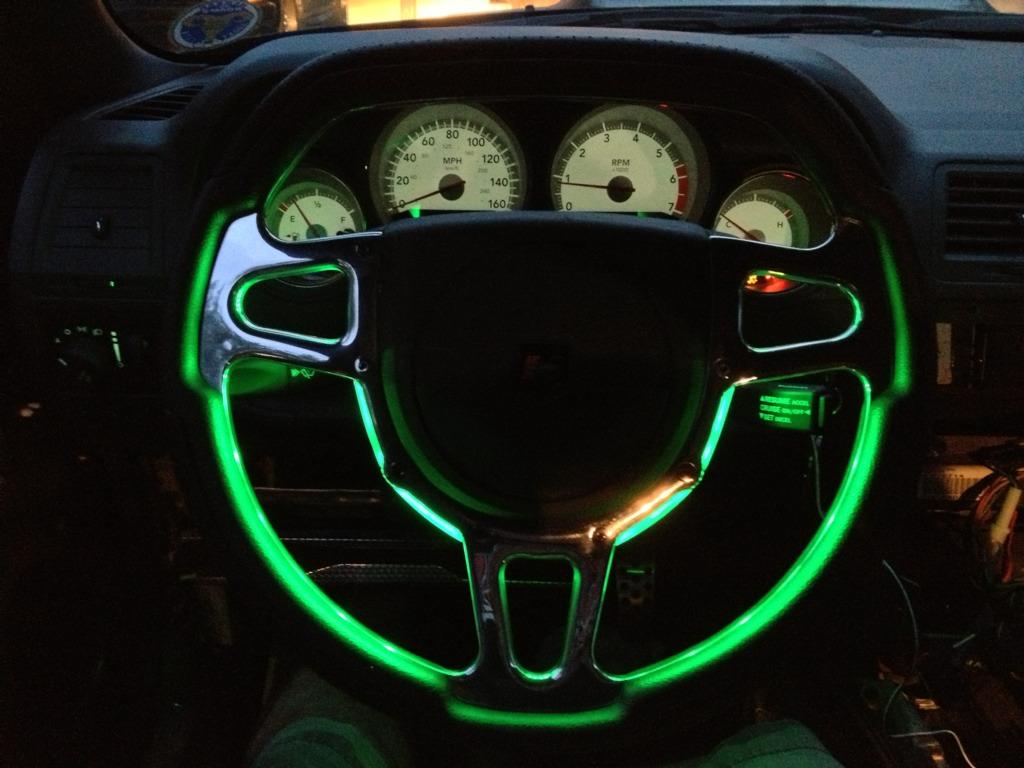 Sorry I haven't replied I've been working crazy overtime all year but I'm back to a normal schedule now... Here's a few build pics. 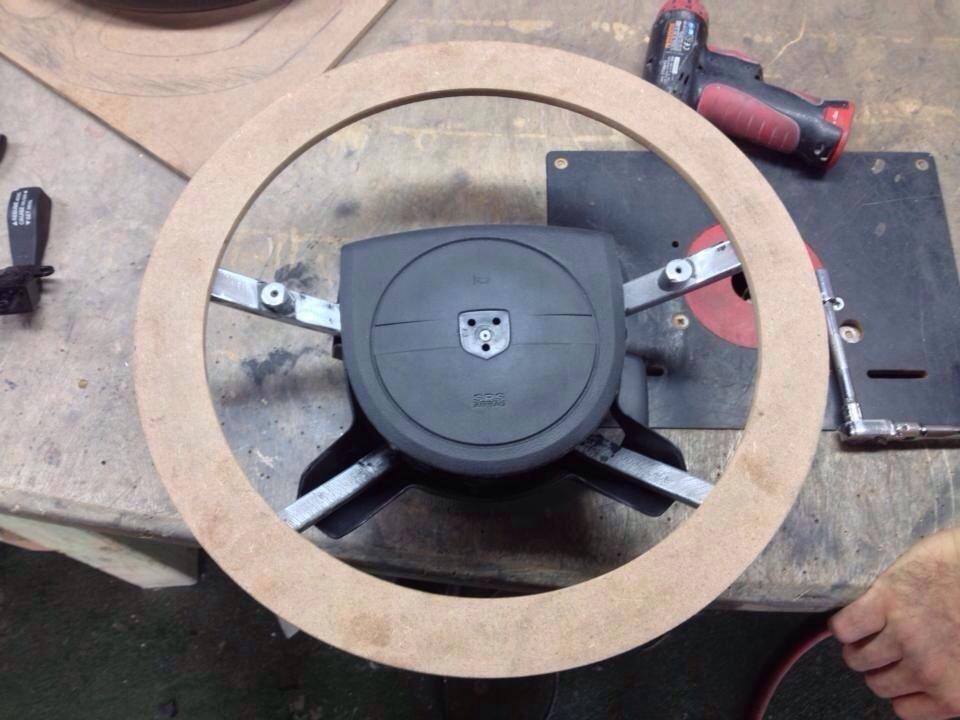 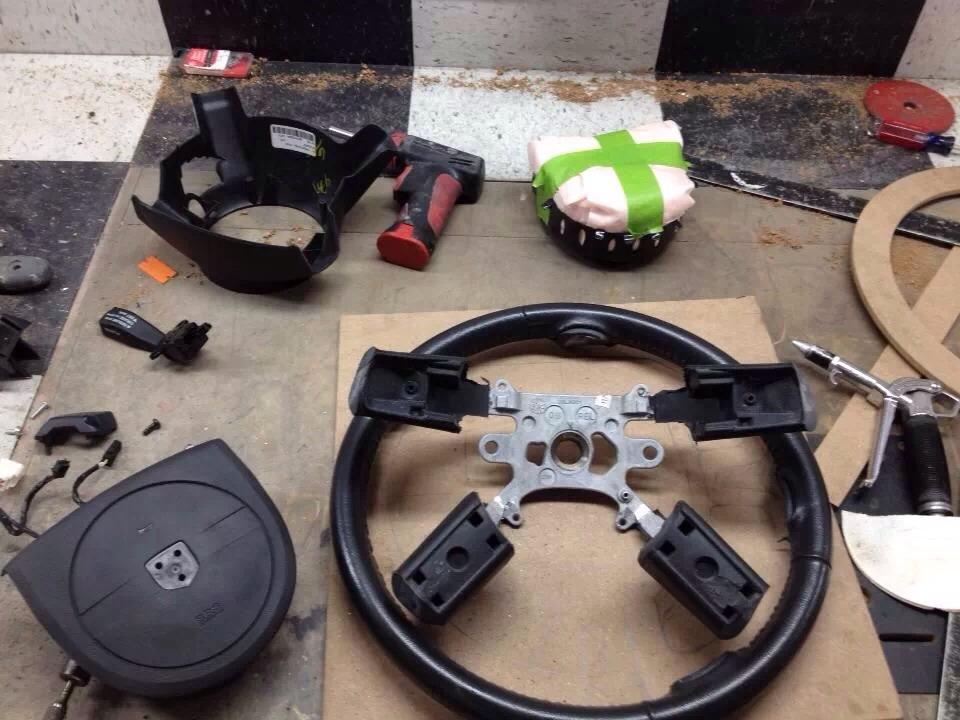 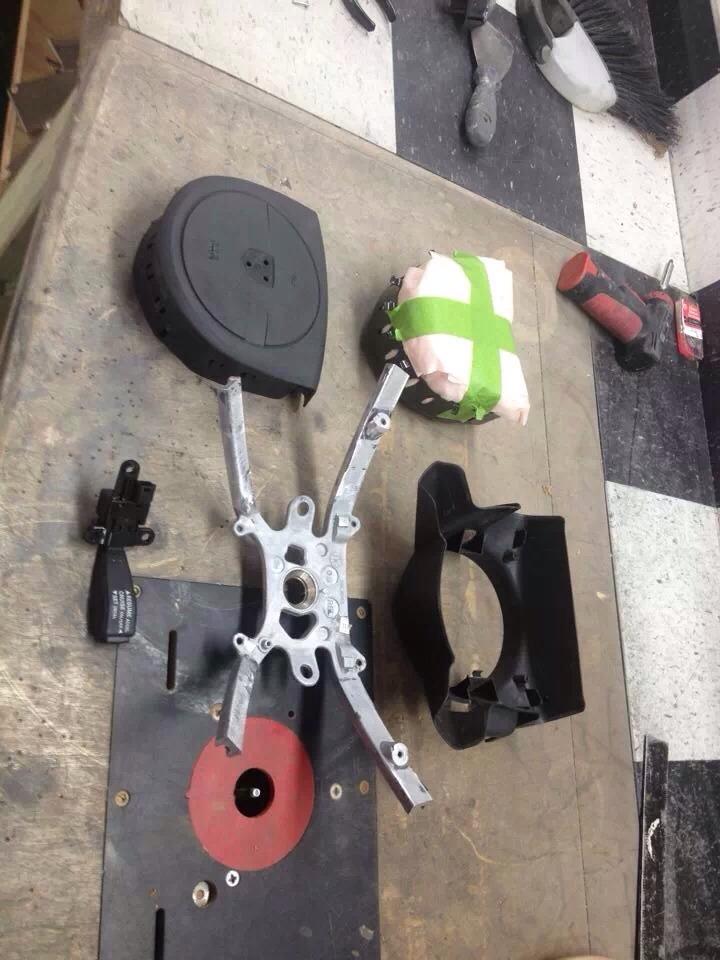 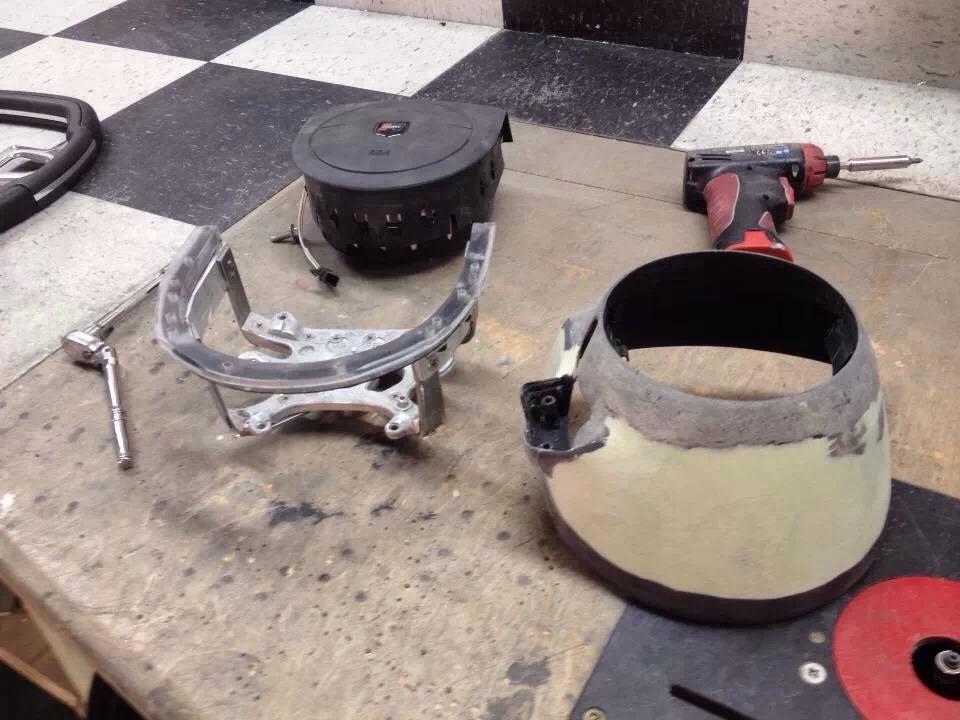 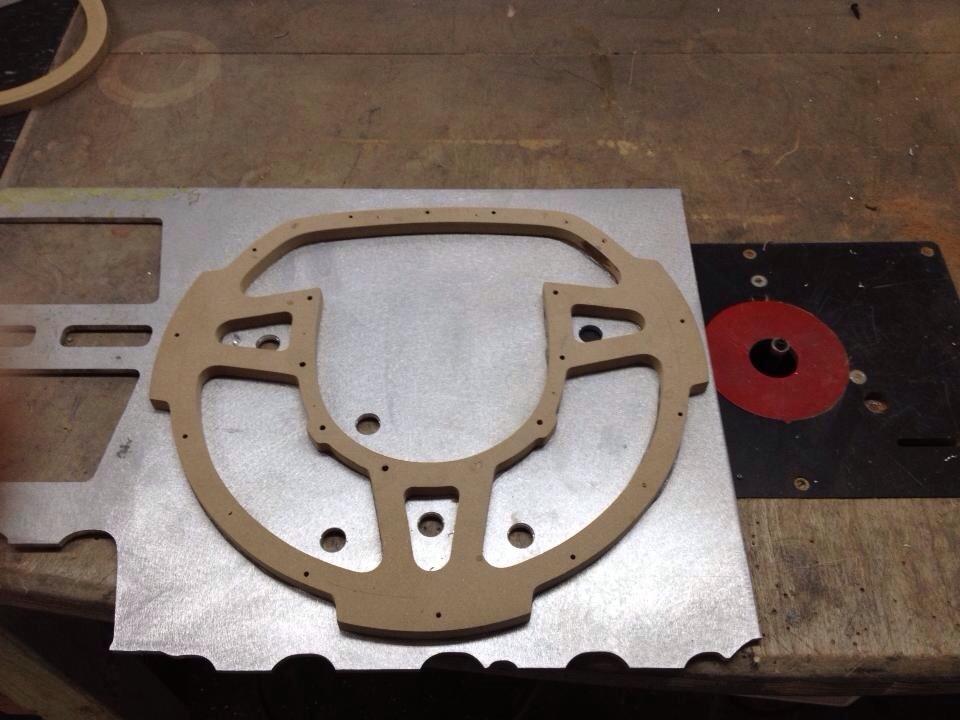 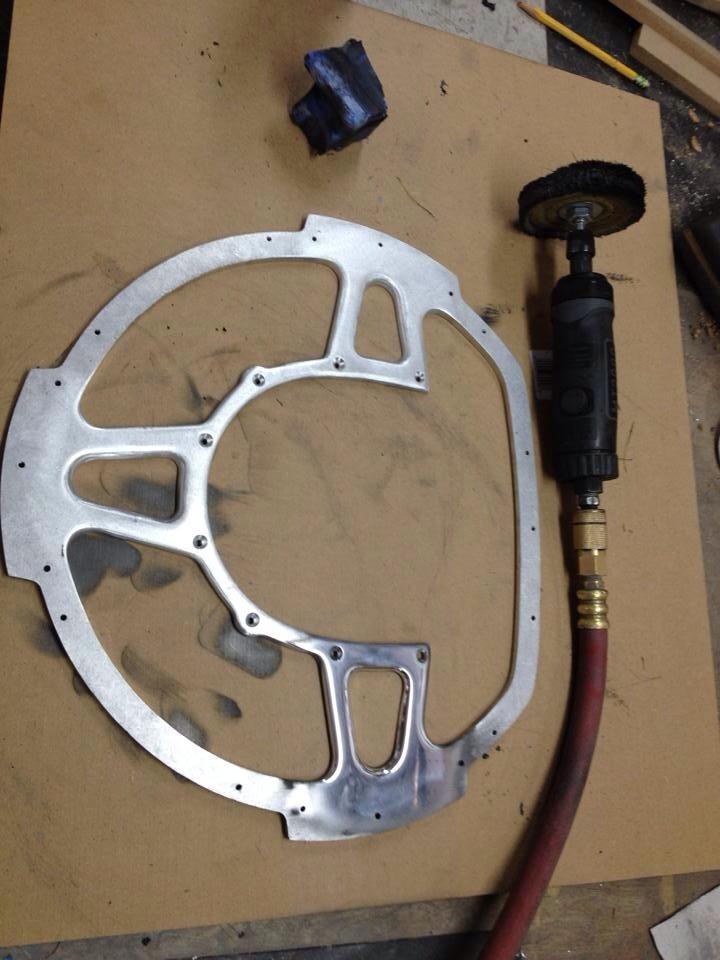 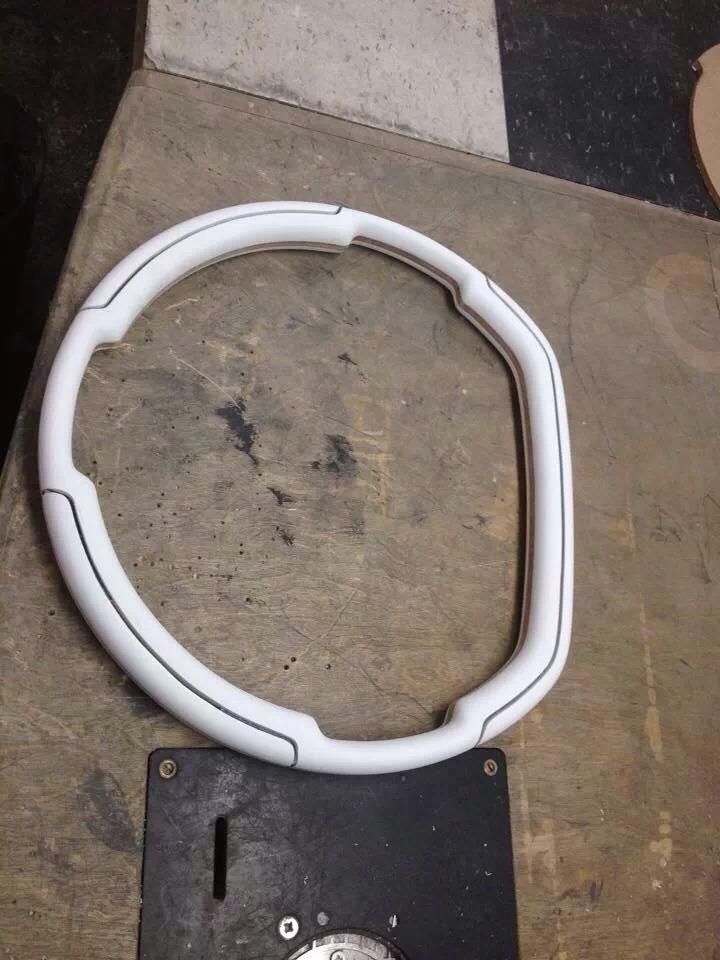 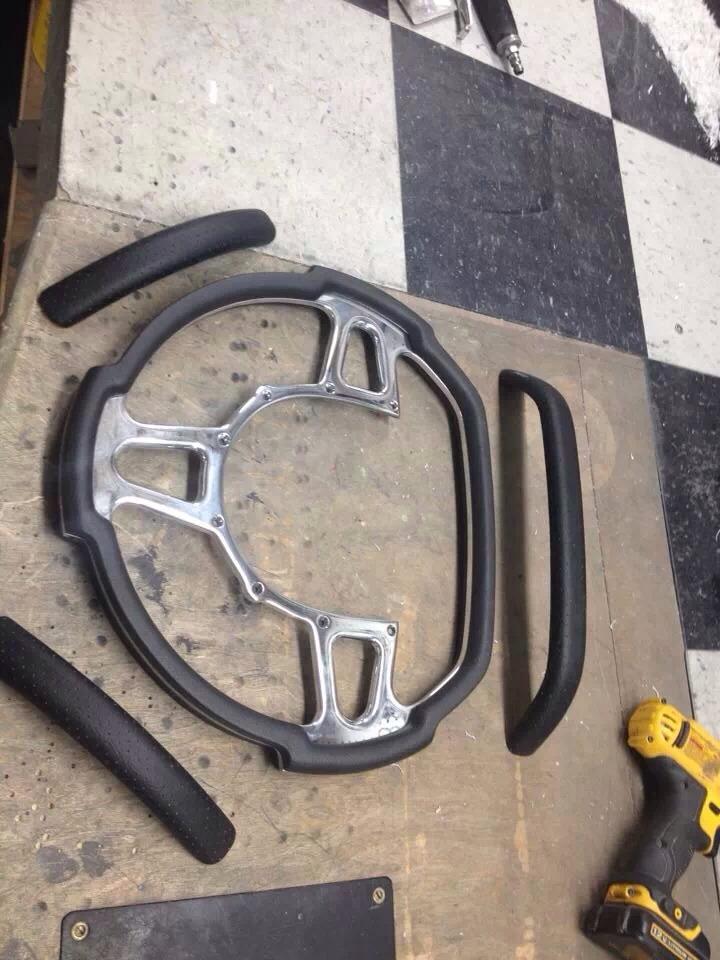 Close-up of the LEDs 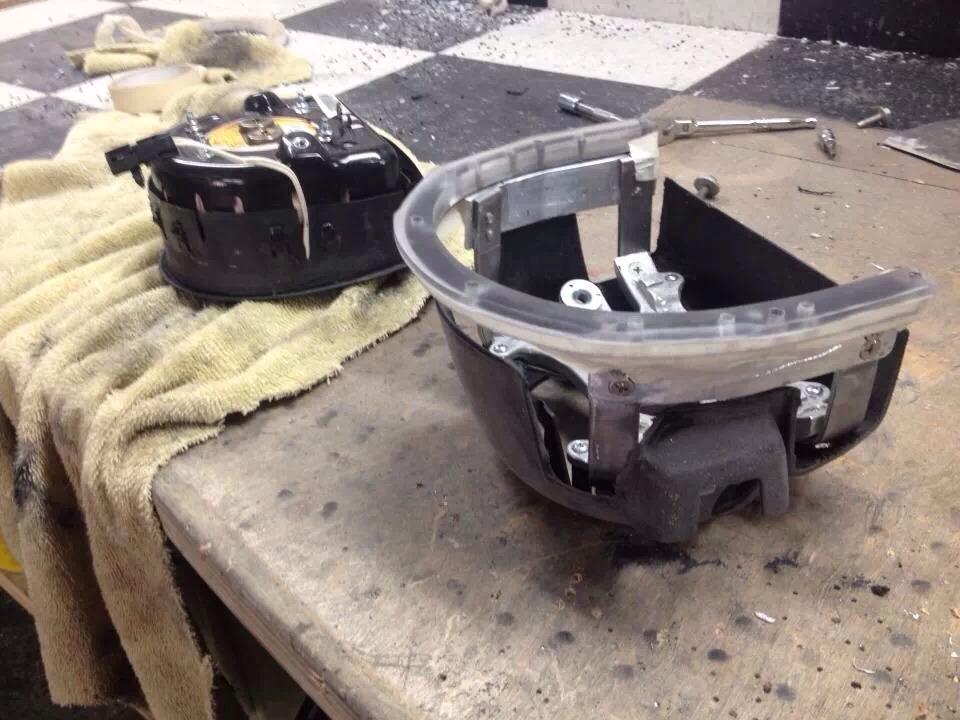 I did have a say in the design. I wanted a three spoke, I didn't want to see a bunch of LEDs, and I wanted it to be simple. Beyond that I just trusted Dave to do his thing...

He didn't make any molds it was all done by making jigs (about 30 of them) and fitting everything together. I do have all the jigs in case I ever need to make a replacement piece. If I had made the wheel myself I'd let you all copy the hell out of it but out of respect for Fish I can't do that; this is how he makes a living.

As for the price I don't want anyone to think I'm being a snobbish ******* with my reply and I also don't wanna hear a lot of "you're an idiot" comments. I'll say that a similar steering wheel would cost around $6K to build. Keep two things in mind please... Dave said this was the most complicated steering wheel he's ever built and the majority of the cars he builds are full blown show cars with $100K budgets. I could have never afforded to have this done if we weren't such close friends.

He also built a shifter knob (his first ever) and a new console lid to tie it all together. 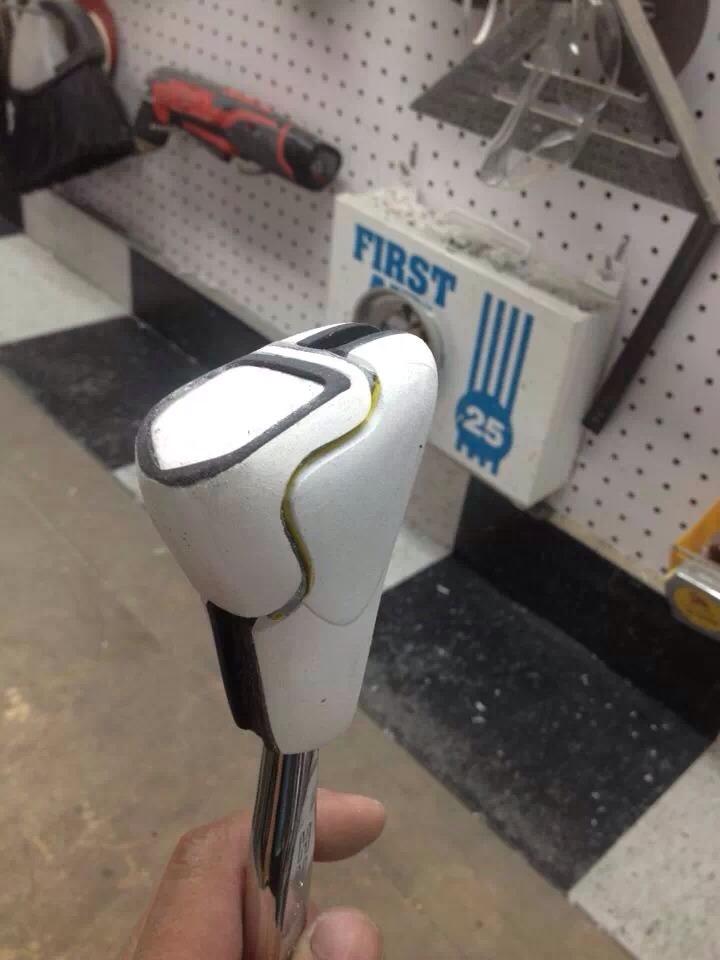 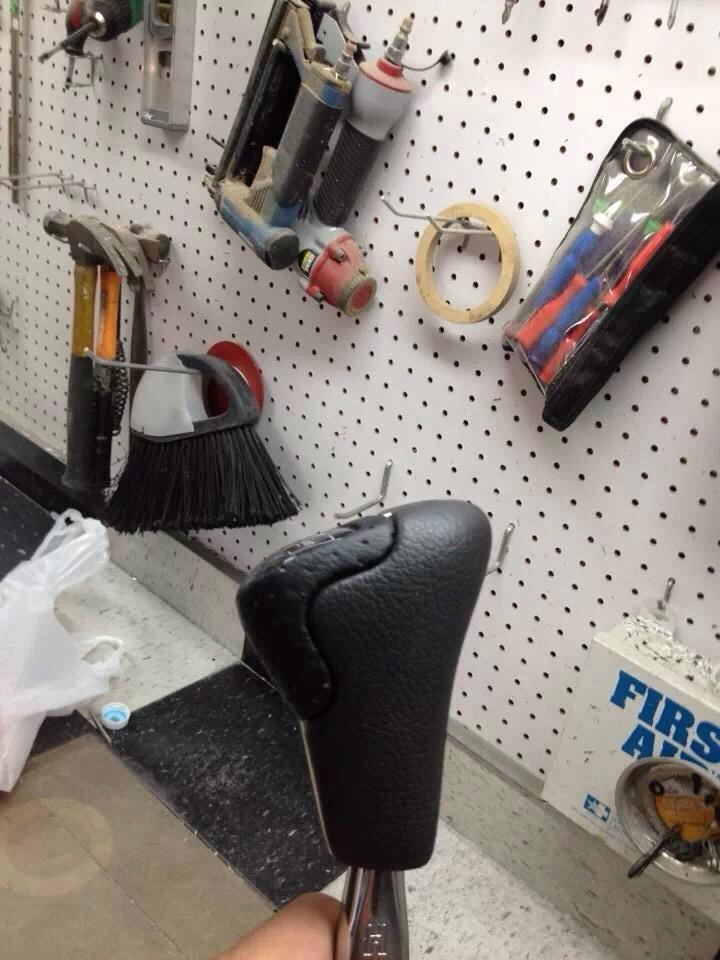 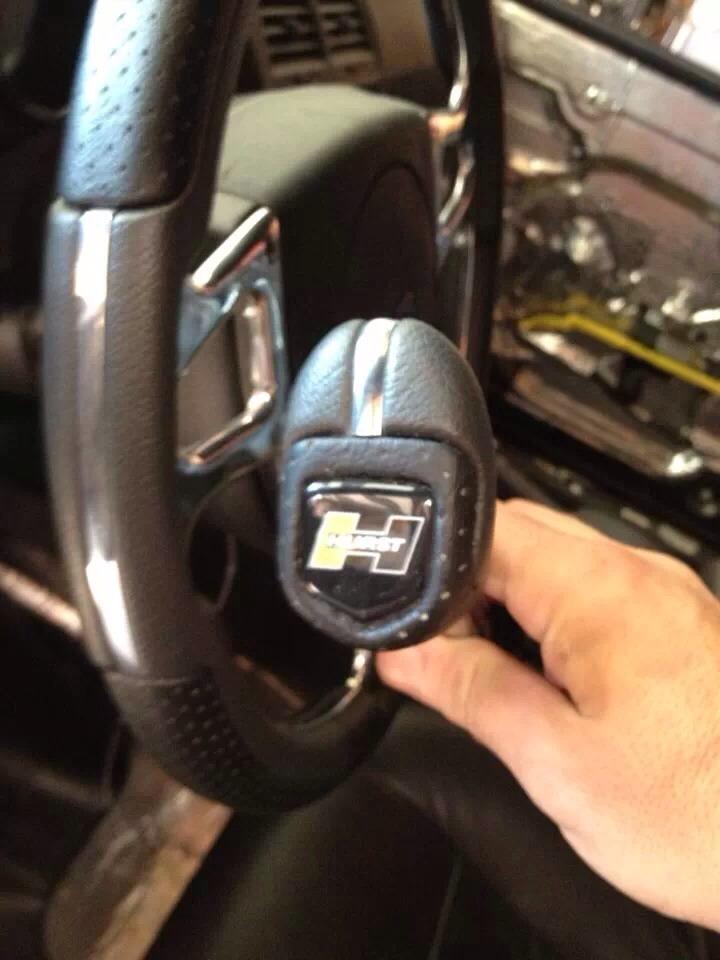 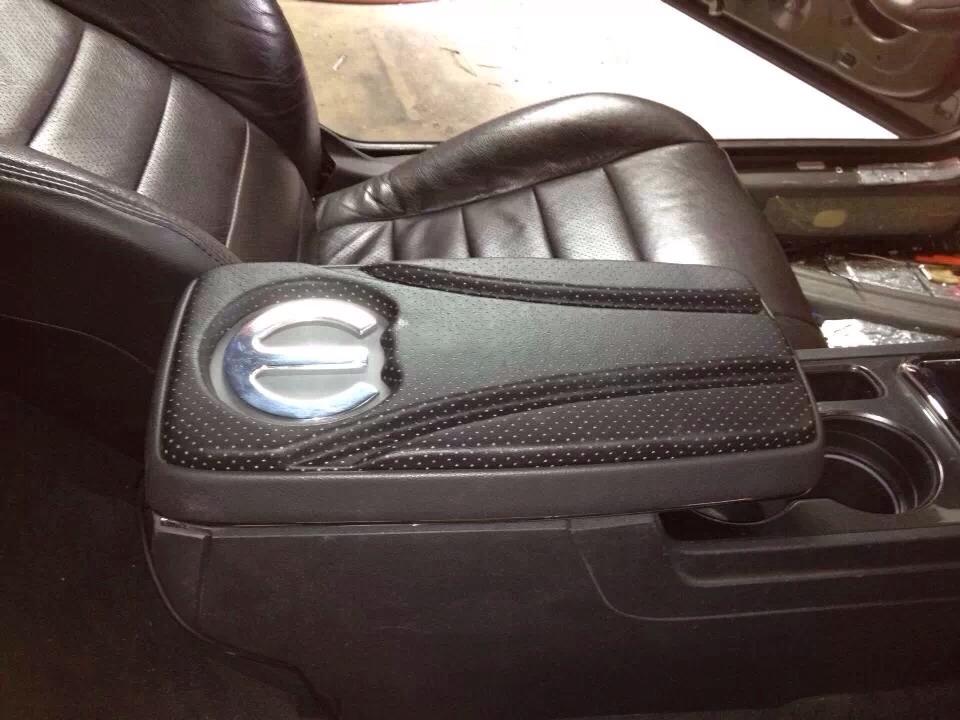 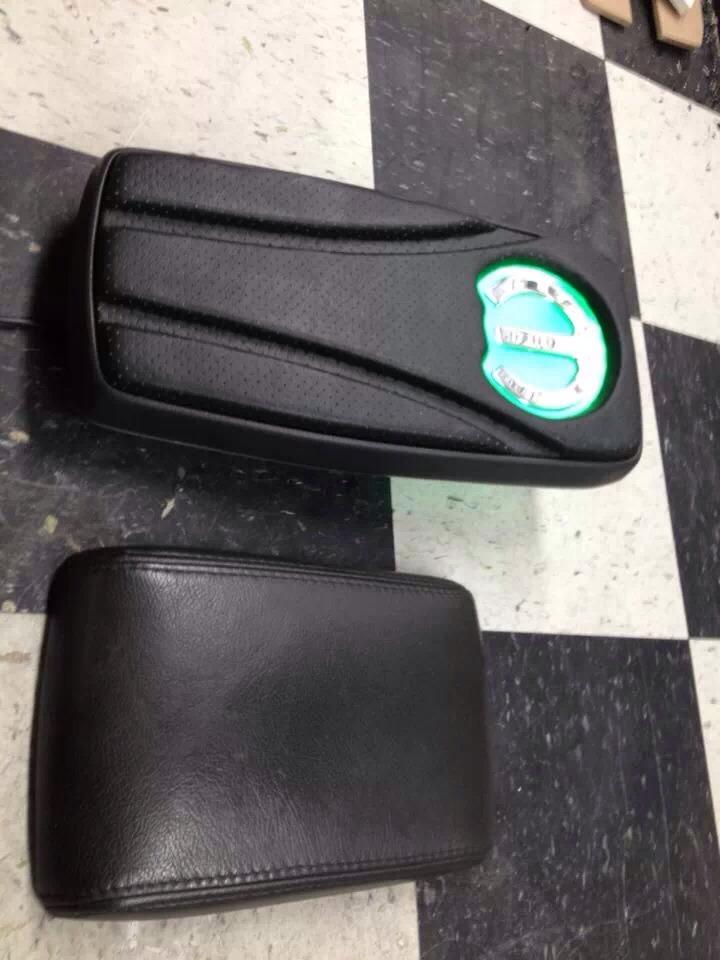 The LED's were just one of the layers so that alone didn't increase the price.

I posted this because I think a lot of people can build their own steering wheel. The basics are here in this thread the level of complexity is up to the builder. This can be done, whether you pay someone or do it yourself is up to you. My goal here was to show everyone the option.

As for the white stuff I was sworn to secrecy....sorry. It's not some magic material it's just something he uses that no one else does so he asked that I keep it confidential.

Dave builds the steering wheels as part of his installs and they're all one-offs. He spends quite a bit of time designing and building all the patterns etc... he spent 50+ hours building all the jigs for mine If he were willing to duplicate a design he could prob sell them for $1K each but then they wouldn't be unique...