There's been a lot of guys wanting to swap out the 3.9 for a 5.2 motor on a 2WD truck. There has been a lot of speculation on the motor mounts. Well here is the real deal: 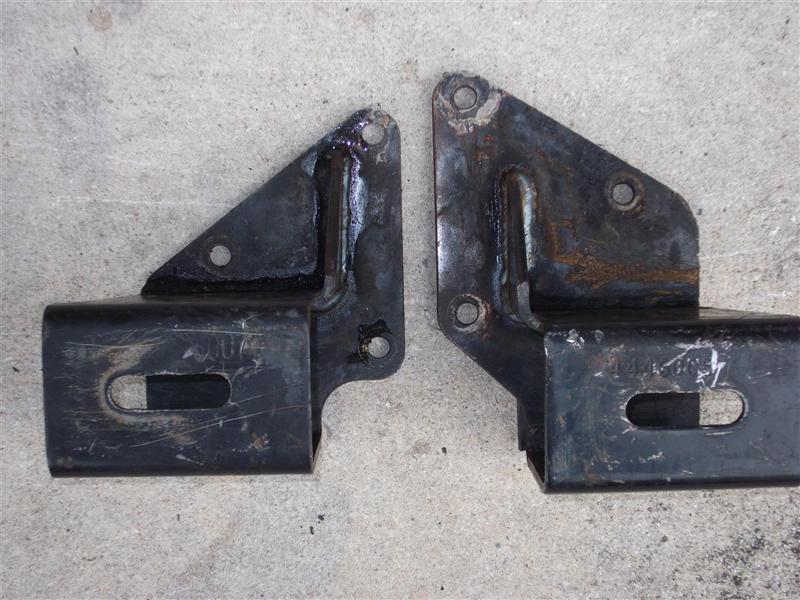 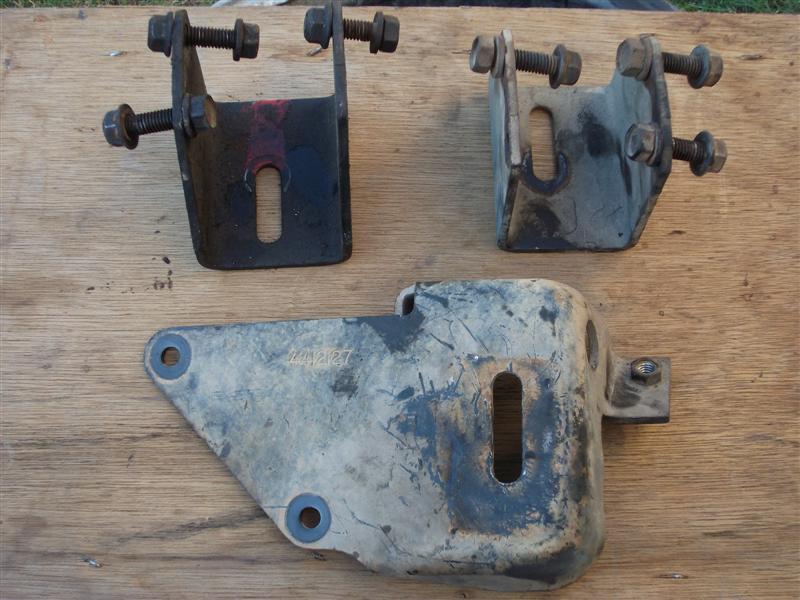 On the driver's side, the new frame bracket it is held in by 4 bolts instead of 3. The new bracket is mounted as shown below. The old triangle brackets for the frame are no longer needed. 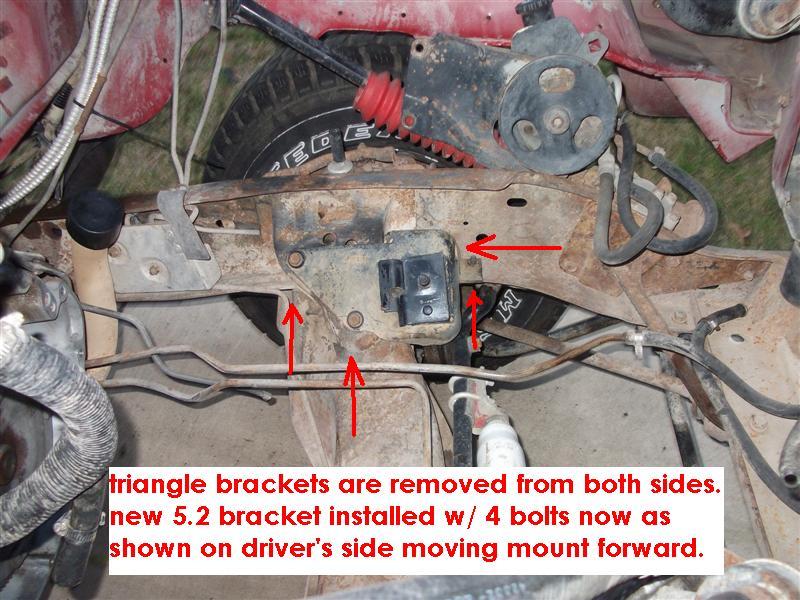 On the passenger frame bracket, the first pic shows how the 3.9 mounts and the second pic is of the new location for the 5.2 motor. Once again, the triangle bracket is not needed. The motor mount is now bolted directly to the crossmember in the furthest forward location. Should be a dimple above the bolt hole. 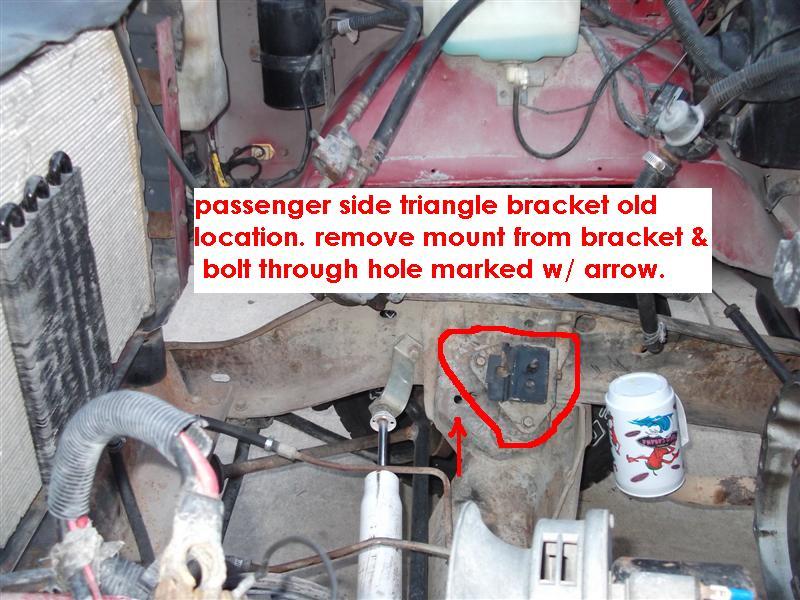 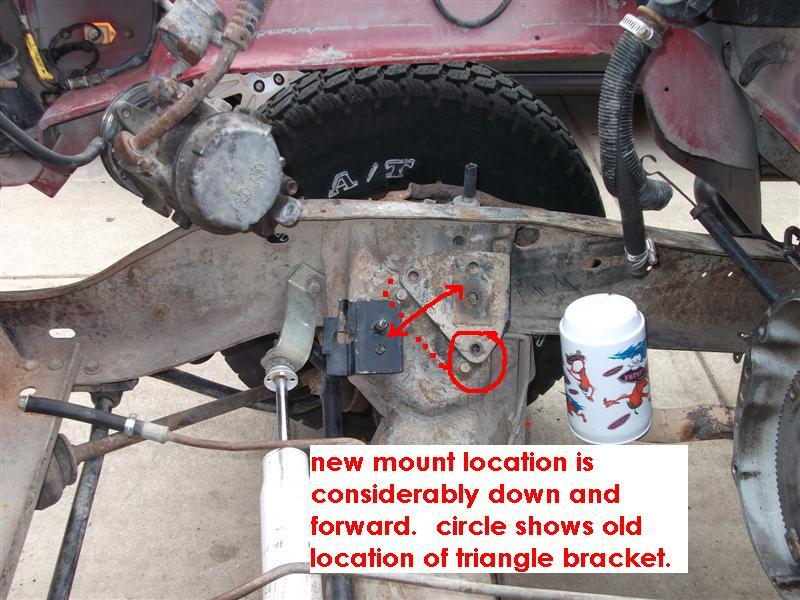 This pic shows both sides mounted in the new locations. This pushes the mount forward and a little lower. Should be pretty much level and even now. 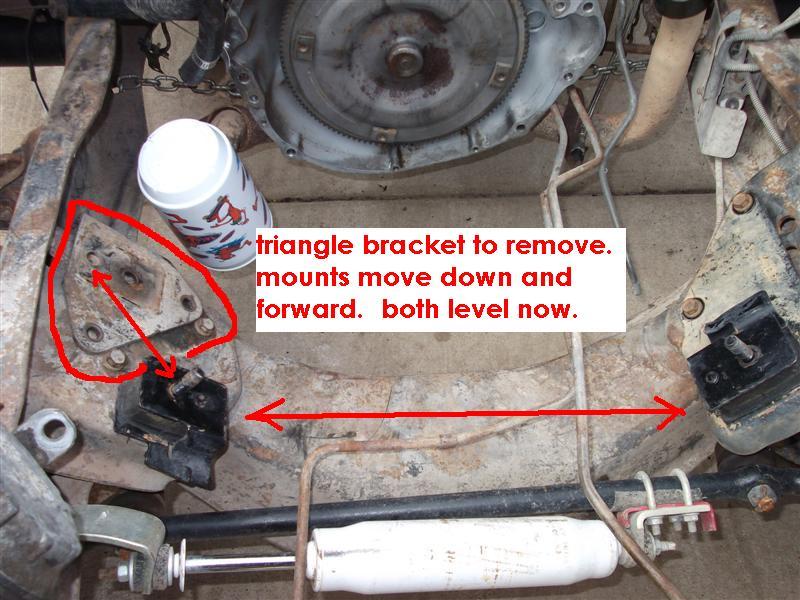