Ok, this is a write up on how to do an external voltage regulator  conversion on any and all Chryslers with the reg in the ECM and an unregulated alternator. Till now, if you have charging issues with these trucks you had to replace a $3-500 computer. I did this conversion for $43.28 after sales tax. This can also apply to other trucks if you'd like add a second alt, or the wiring is fried. 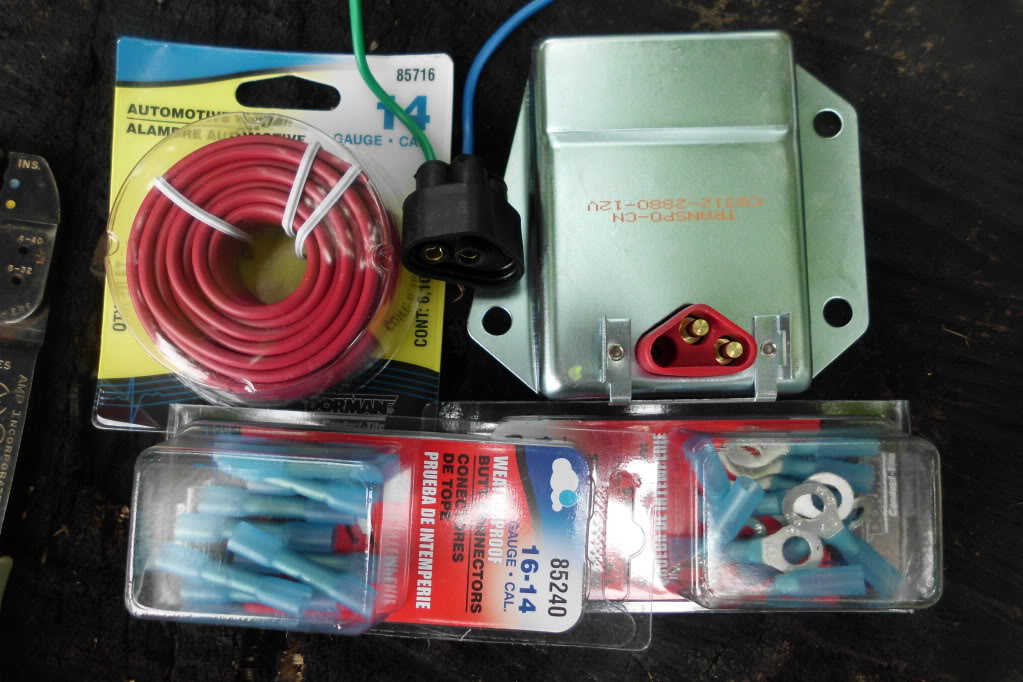 These are the prices and part #s at my local O'Reilly.
Also a couple of self tapping screws.


The first thing you need to do is remove the little plastic box on the back of the alt. 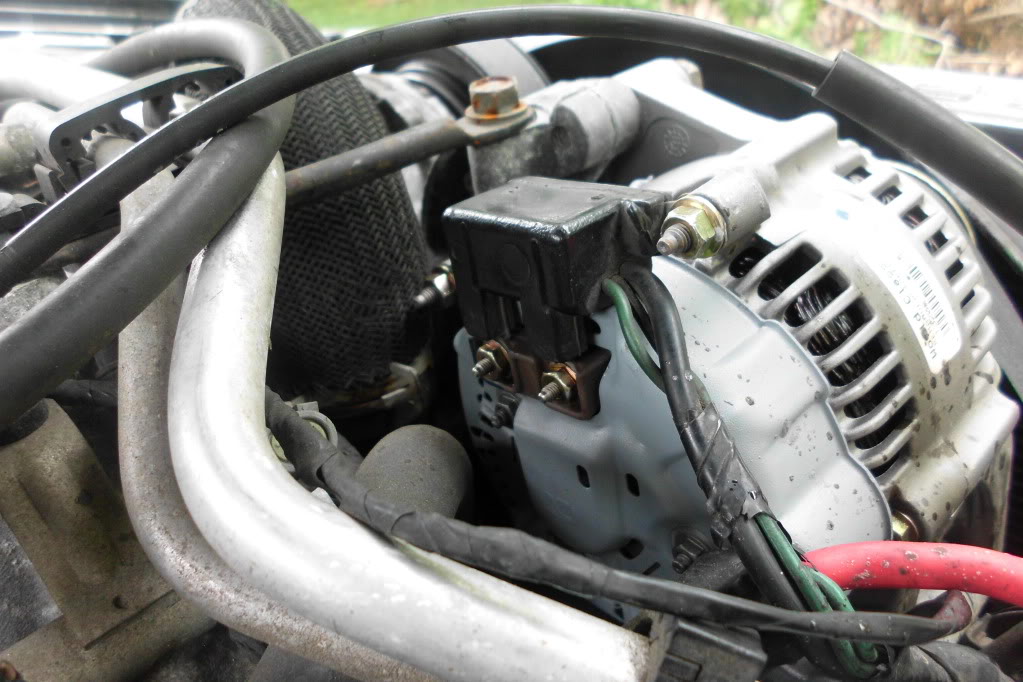 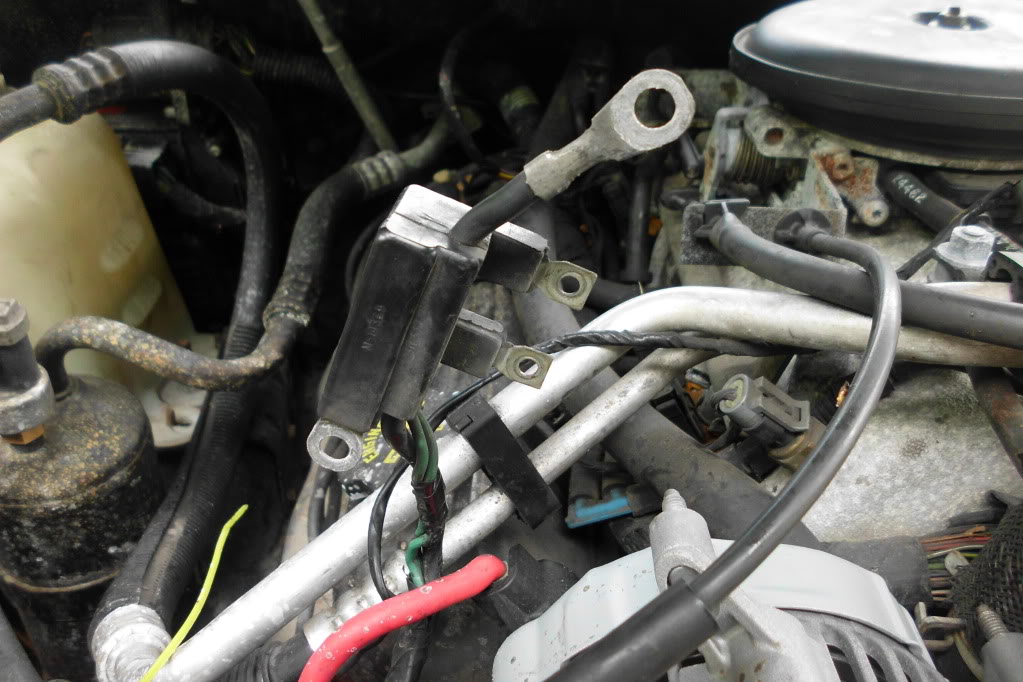 Tape it up so it won't short out and tuck it out of the way (you will not be using it). 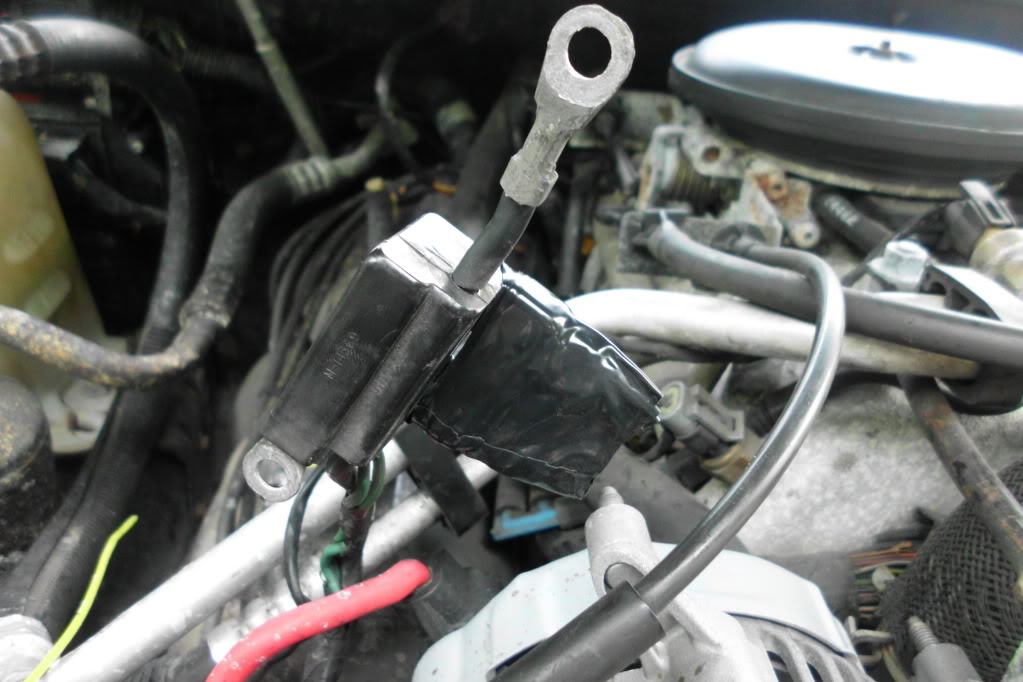 Find a good solid place on the firewall or inner fender to mount the regulator. If you don't have a place with a good ground, you can run a ground wire off one of the mounting screws. I mounted mine behind the battery on the metal fenderwell so no need for a ground wire on mine.
Mount the reg using the self tapping screws making sure you have enough room for the plug to stick out from it. 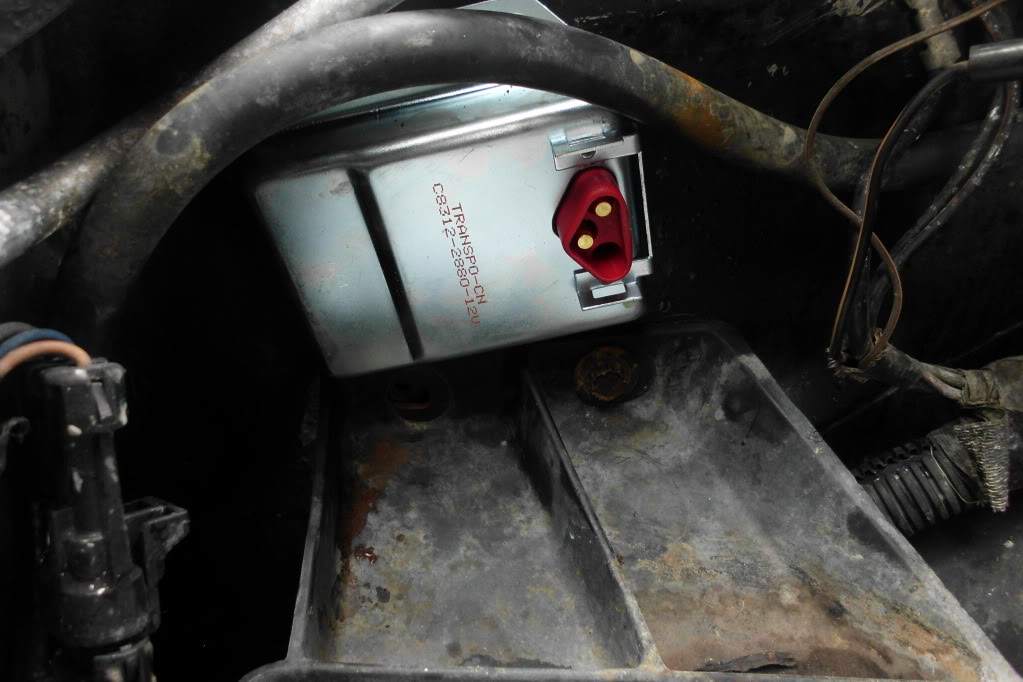 Cut two lengths of wire long enough to reach from the alt to the regulator. Crimp a ring connector large enough to fit the bolts the plastic block (removed in step 1) was attached to on to each one. Put them on and tighten the nuts down. 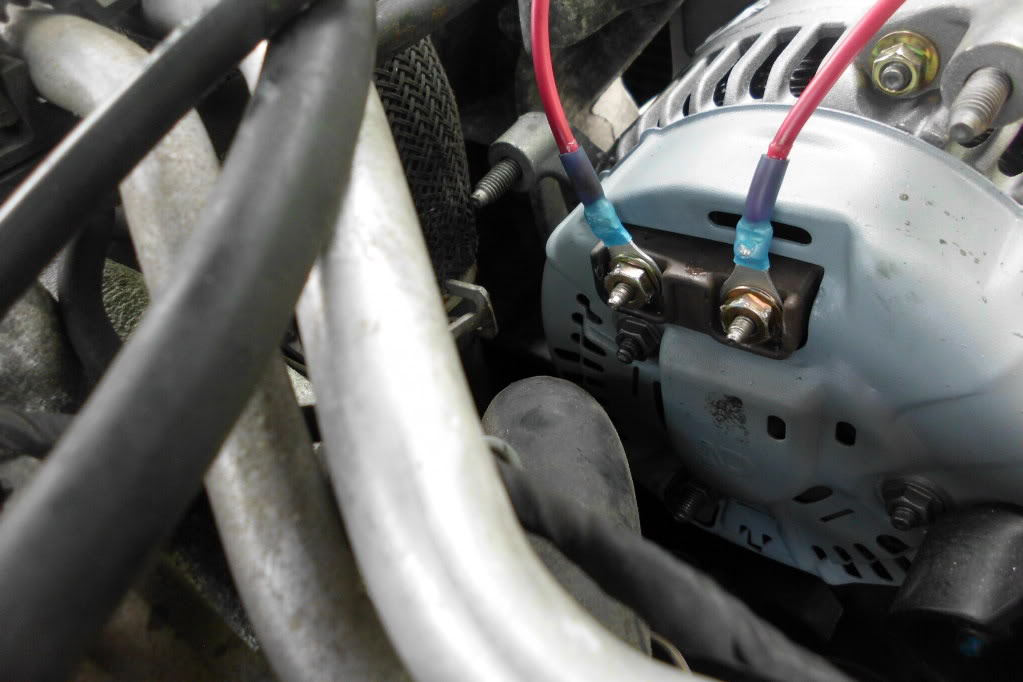 Once the wires are connected to the alt, cut a wire long enough to reach from the reg to an ignition pos of your choice. Take one of the wires from the alt (doesn't matter which) and the wire from the ignition pos and crimp them into one end of a butt connector. 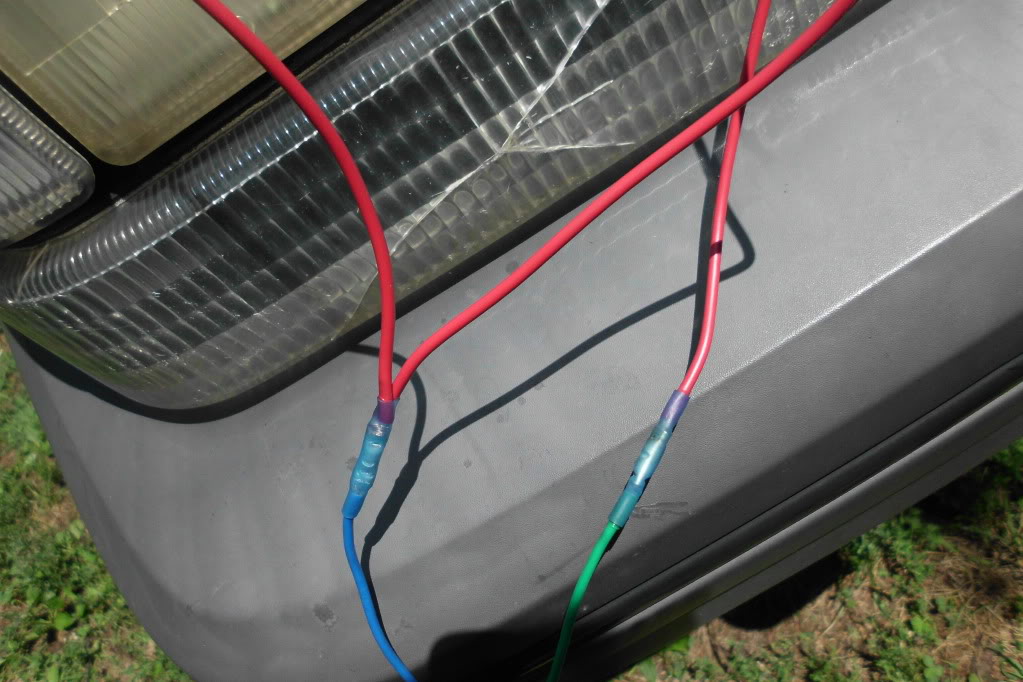 Take the doubled wire (batt and alt) with the butt conn already attached and connect it to the TOPterminal on the pigtail. Take the other wire from the alt and attach it to the other terminal of the pigtail using a butt connector. Plug the pigtail into the reg, route the wires out of the way and reinstall the battery. 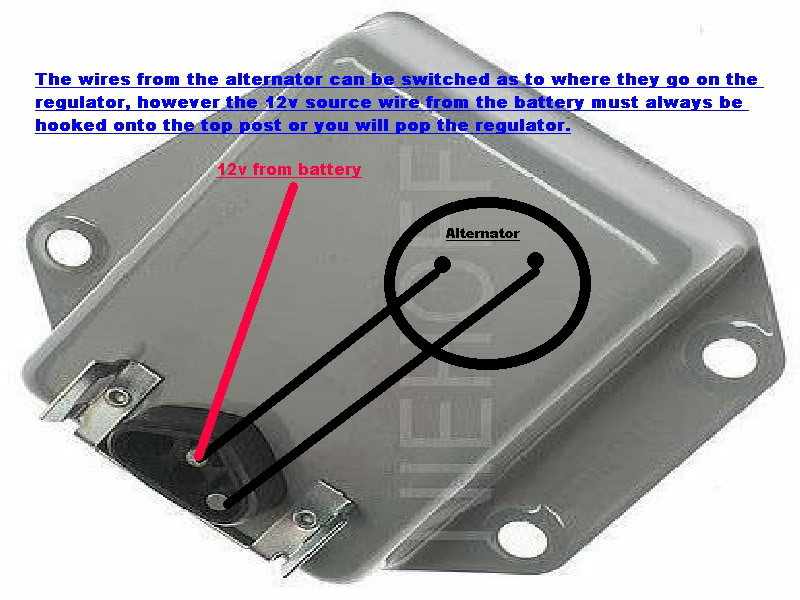 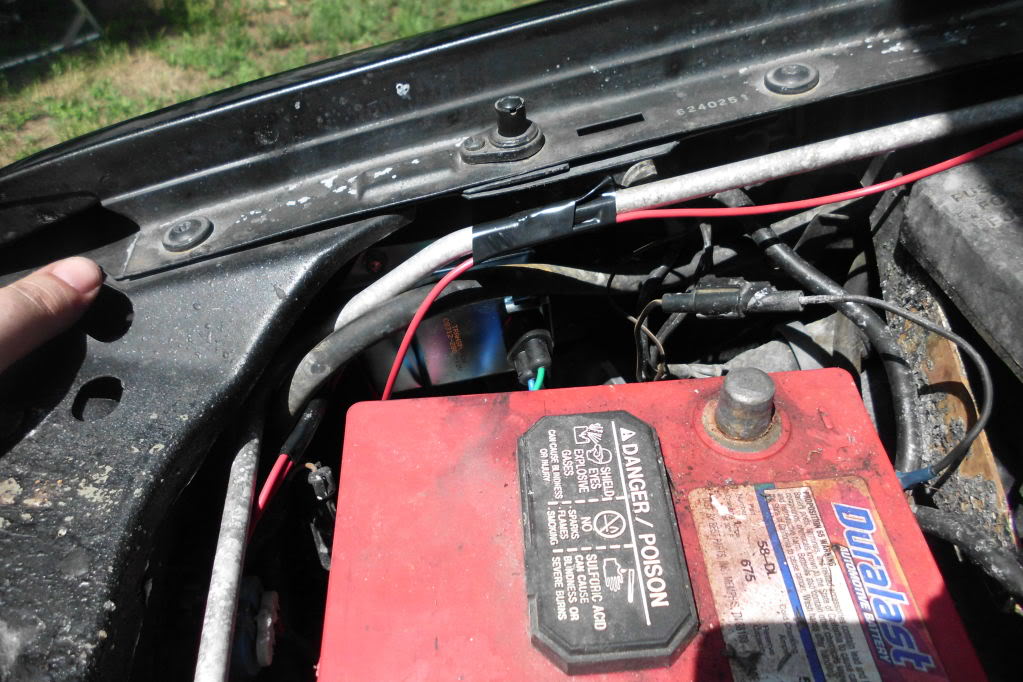 Start your truck and make sure it's charging properly. If so then you're done!

Take the money you saved from not buying a new comp, buy a six-pack and another upgrade for your truck 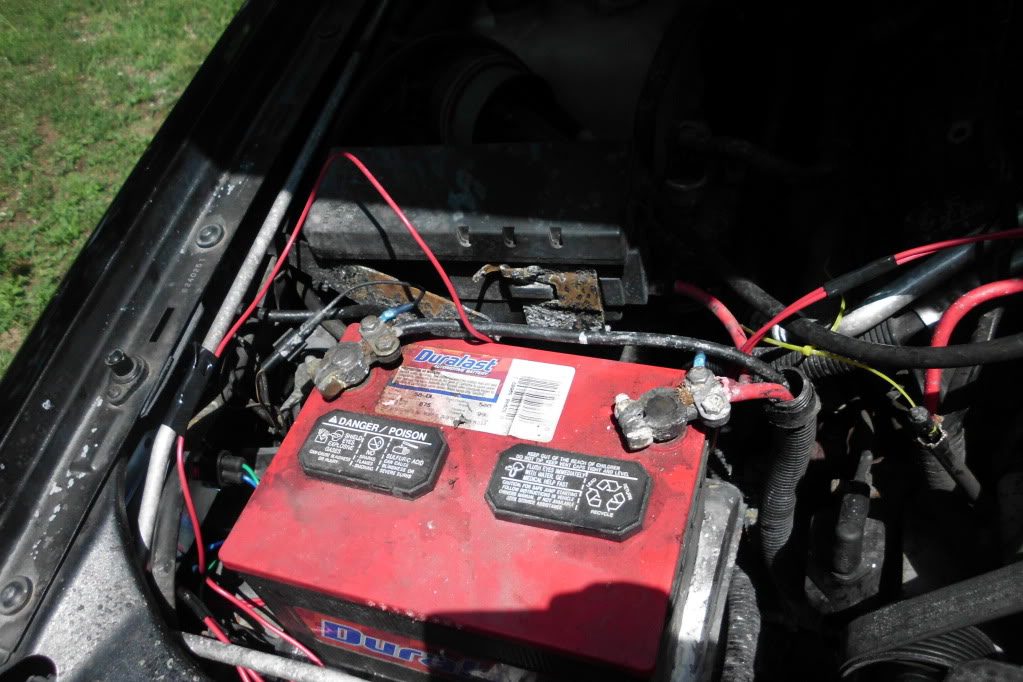 DOWNSIDE TO THIS MOD__ The only downside is that after doing this, your check engine light will stay on since it has no signal from the alt. There is no way I know of to prevent this, but someone here might have an idea. If that is an issue to you, then this conversion may not be for you!