Well kids it's that time again. Time for show and tell Stooge style.

Todays show and tell is on how to remove the O2 sensors in our 348's.

Now for me and some others it's a no brainer. But I'm writing this for the noobs that have no idea of where the O2 sensor is located, or how to remove it. I took me all of 15 minutes to remove the sensor. But then again I have done this before. For the new person doing this the first time I think you can have it off in around half an hour.

So where are the O2 sensors located?

If you look down between the air box and the air inlet tubes you will see the O2 sensors sitting on the top of the catalytic converters. 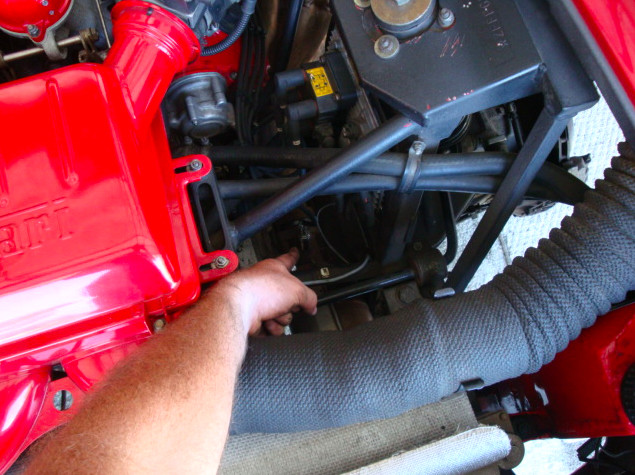 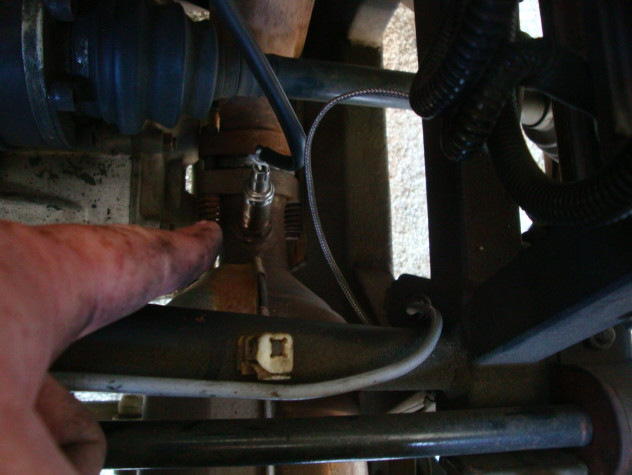 The next thing we need to do is get the air box out of the way.

I started by removing the inlet tubes from the air box. 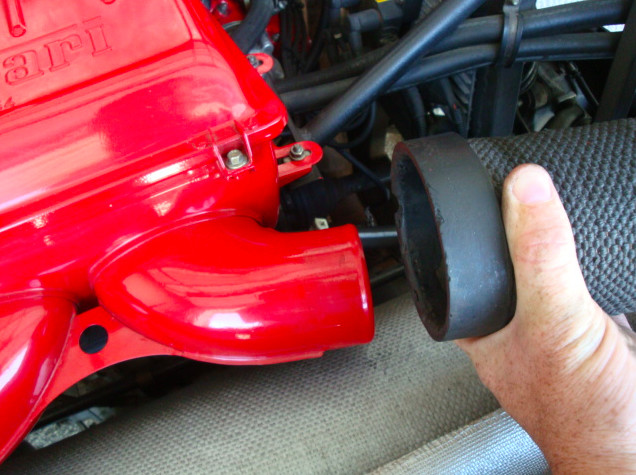 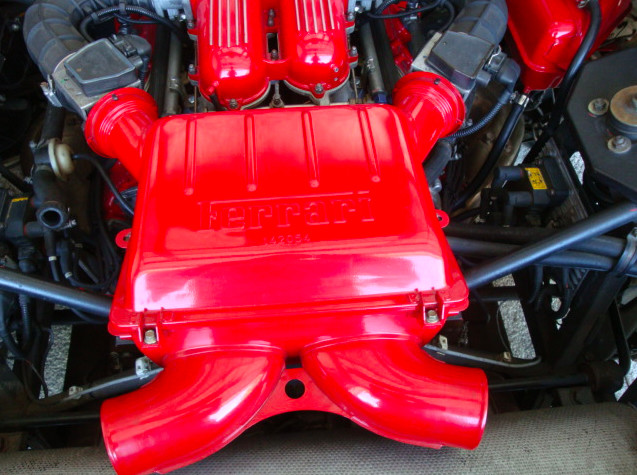 Then you need to remove the air injection tube on the bottom front of the air box, just under the mass air flow sensors.

Loosen the clamp that holds them in place, and then wiggle both of them off. 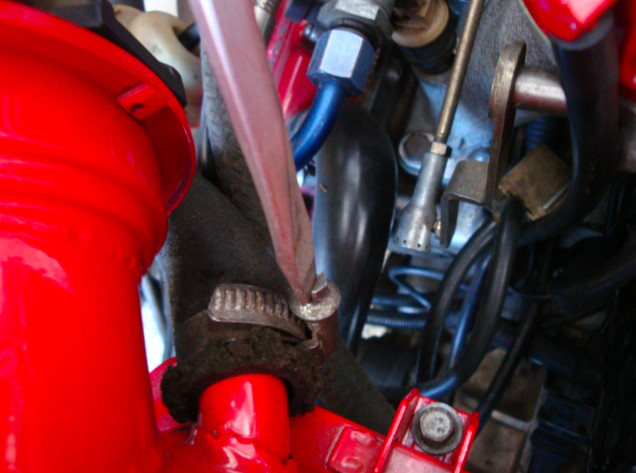 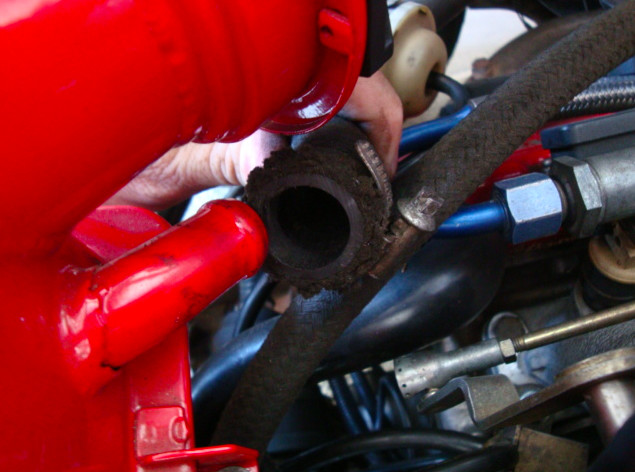 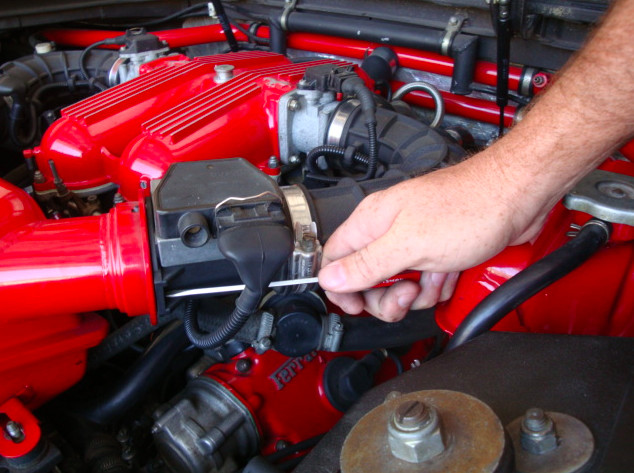 Okay now remove the four 10mm nuts that hold the air box to the subframe, double check that everything is disconnected, and then remove the air box. 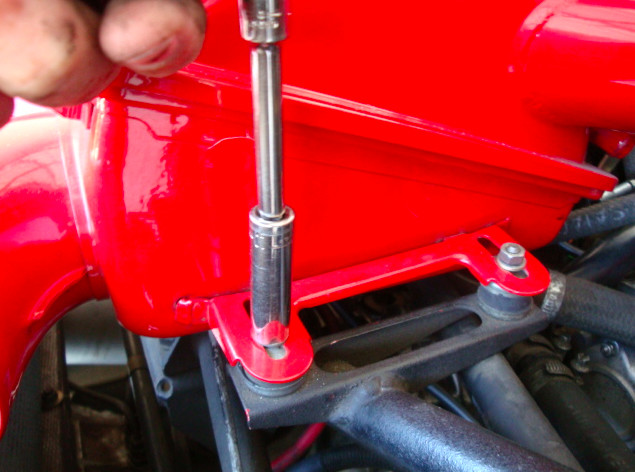 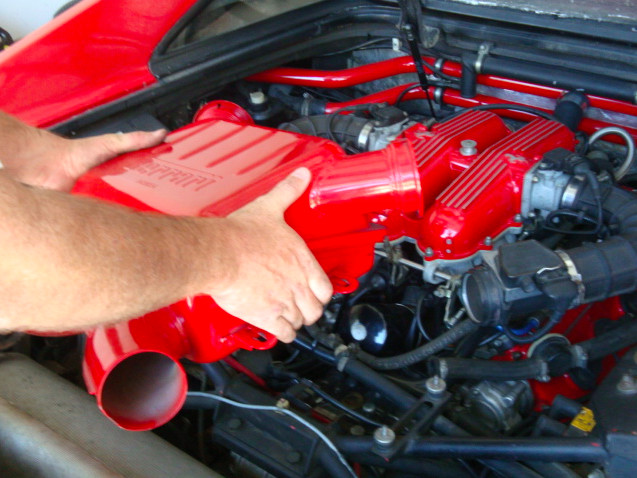 With the air box removed, you now have access to the O2 sensor connections. To remove the connectors all you have to do is press down on the clip that is on the top of the connector, then pull it out. 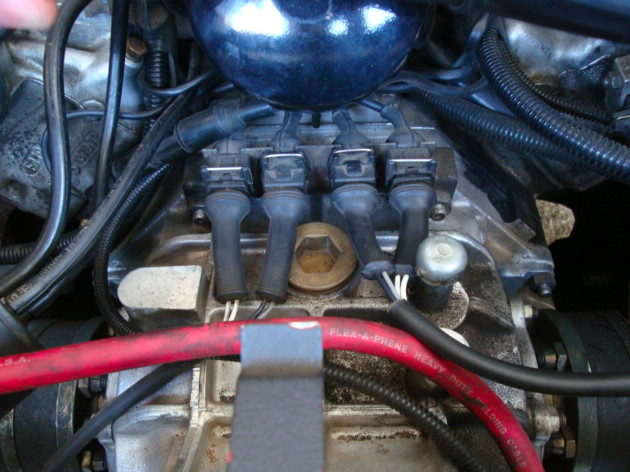 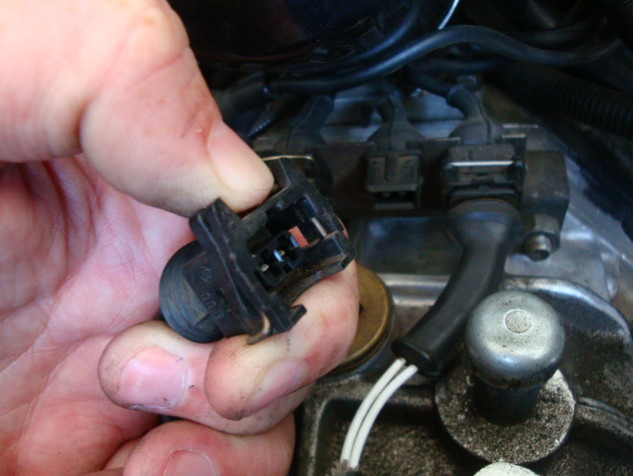 Next you will need to unscrew the O2 sensor. Since I didn't have a fanchy-schmancy O2 sensor socket I need to get a open end wrench on it. SO what I did was get the rear of the car in the air and removed the wheel. Notice my trick jack stand made from the finest American fire wood. Safety first

Once the wheel is off, and out of the way, you have a pretty straight shot to the O2 sensor in between the top and bottom a-arms. 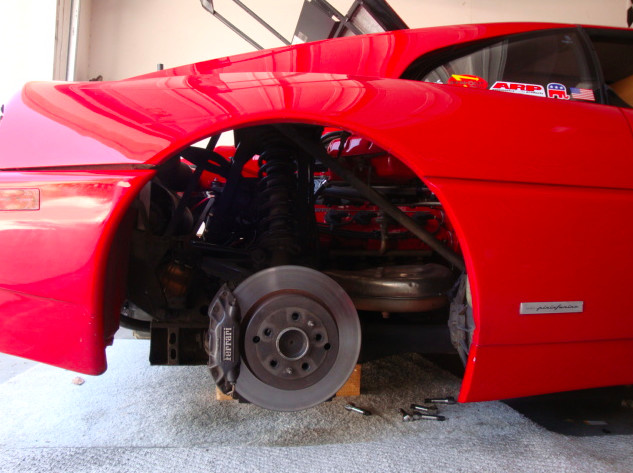 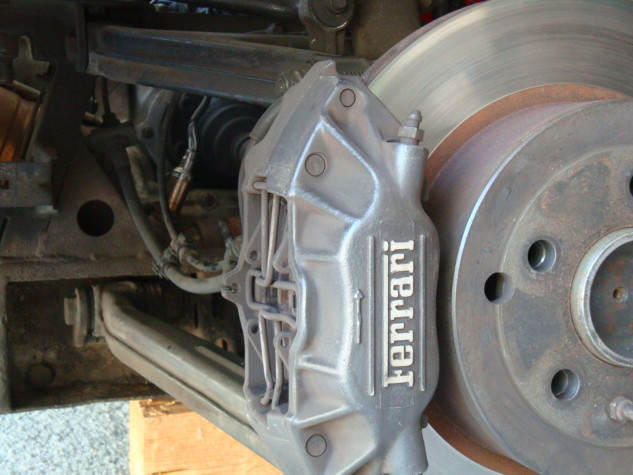 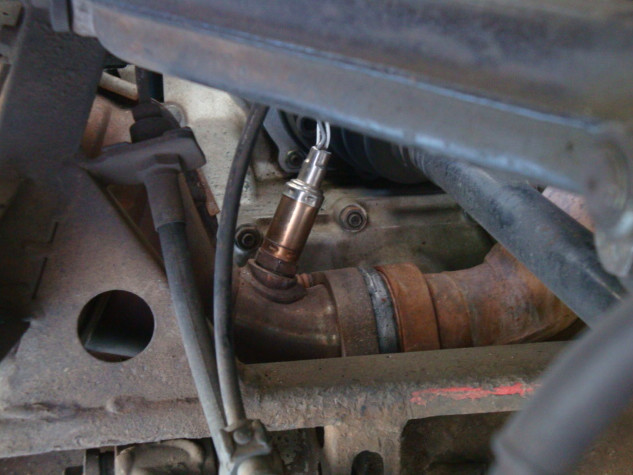 I also found out that a Volvo 850 uses the same O2 sensors. I got the plug and play version. I didn't feel like fooling around with splicing wires. That and the price wasn't bad, $125 each. 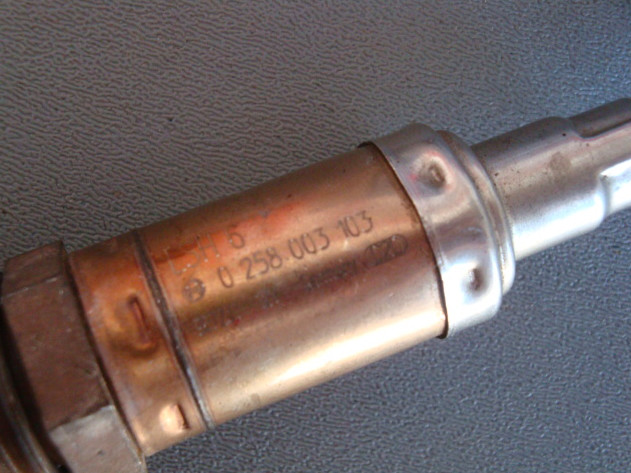 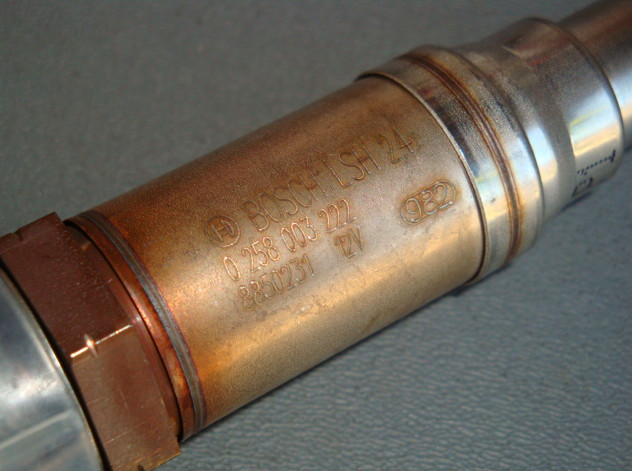 Here is the new O2 sensor installed in it's new home. Remember it just needs to be on nice and snug. So don't try to set a world record for tightness.

The other thing was that the new sensors came with anti-seize already applied to the threads. That was a nice surprise. 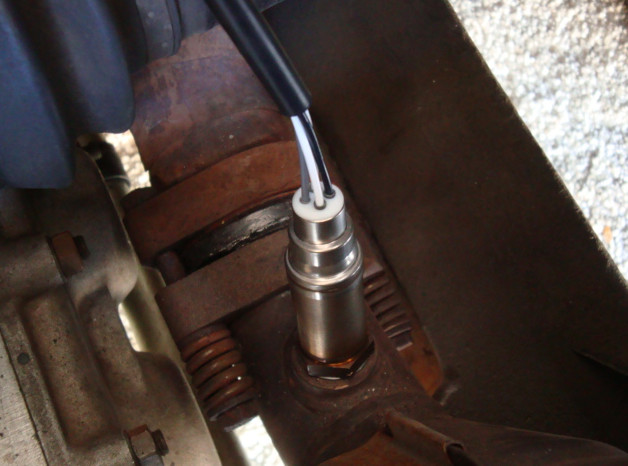 And that boys is how you remove the O2 sensors on a 348, Stooge style. 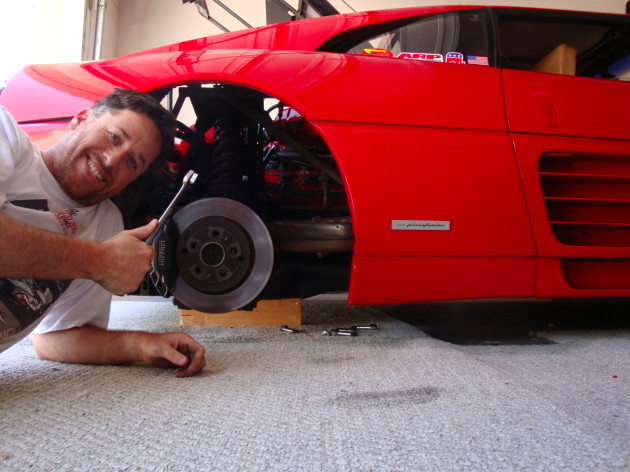