Howdy folks. It's your friendly neighborhood Stooge here with another do-it-yourself thread.

A few years ago, with the help of fatbillybob, I lowered the ride height on my car. It improved the handling, and look, but it also increased the negative camber. So much so that it really eats through tires. Since I have been driving my car more lately, I have really used up the tires, and I don't want to have to keep buys tires for this things every 5000ish miles. I wanna increase the life span of the tires. So to do that I'm gonna have to dial out all the negative camber. 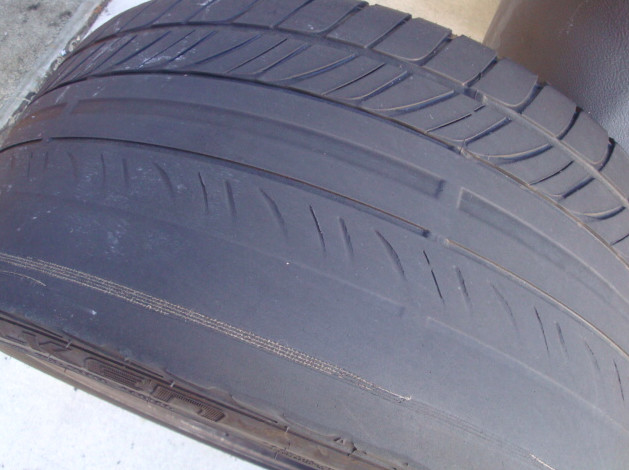 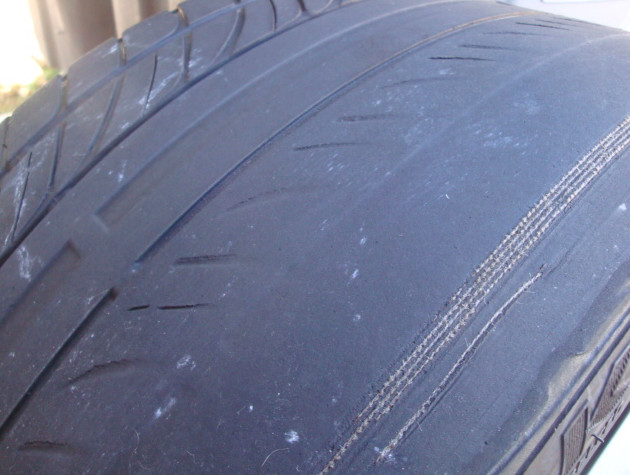 The camber on the rear wheels is adjusted via shims on the bottom a-arms. That is the only place you can adjust the rear alignment. The shims come out the slots on the bottom of the subframe. 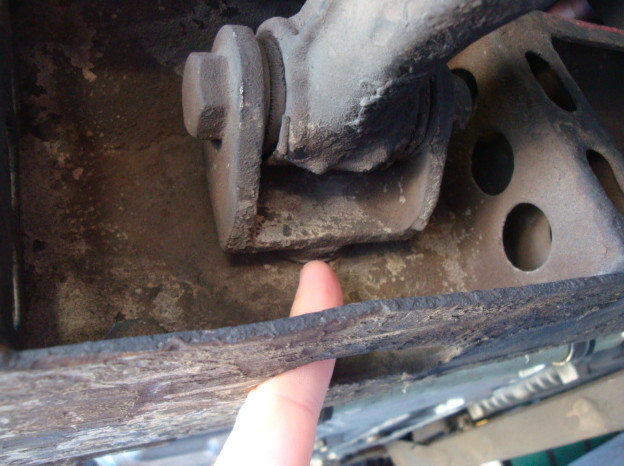 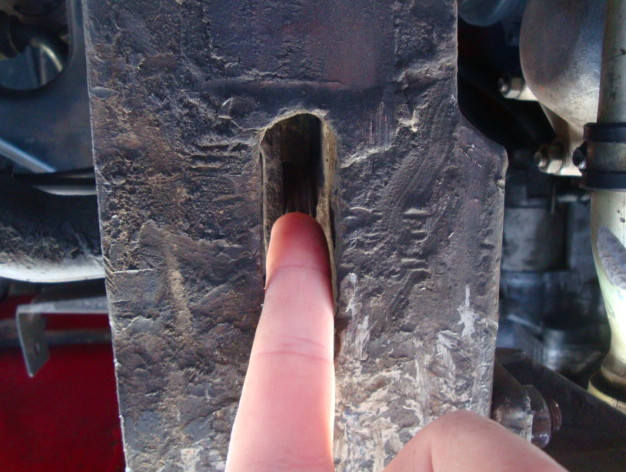 For the most part the retaining nuts on the left side of the car you can get too without much problem. However the right side of the car is a bit more troublesome, especially the a-arm bolts towards the middle/front of the car. To be able to get a wrench on them I needed to remove the cross brace from the subframe. They are held in place with 19mm nuts. There really isn't any room to move a wrench with the brace in the way, so it had to come off. 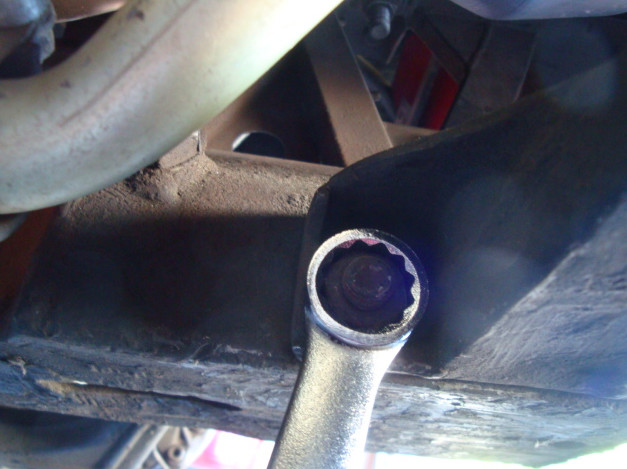 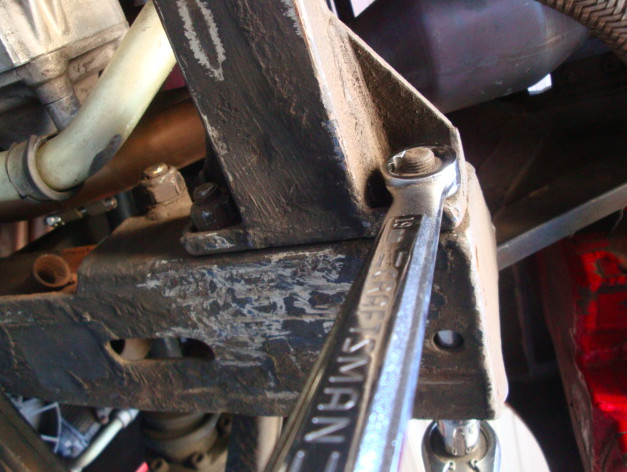 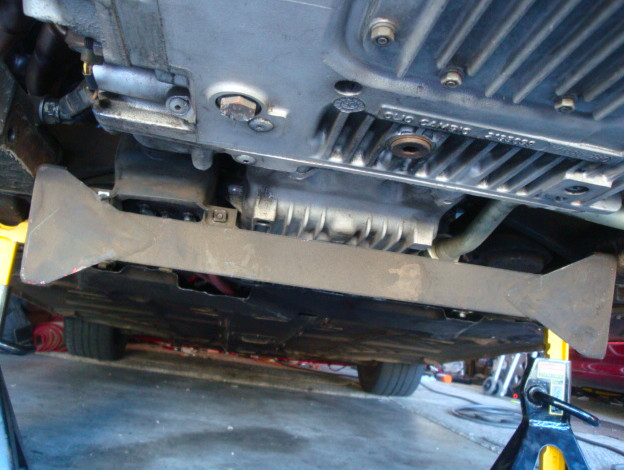 With the cross brace out of the way I now could get the ratchet, with a 22mm socket, on the nut. When you are loosening the nut you don't have to take it all the way off. You just need to back it off enough to move the bolts about an "1 inch, because the shims just slide off. You'll see in a moment. 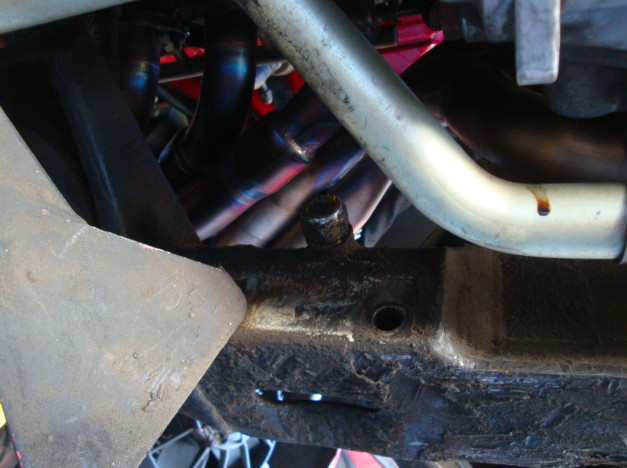 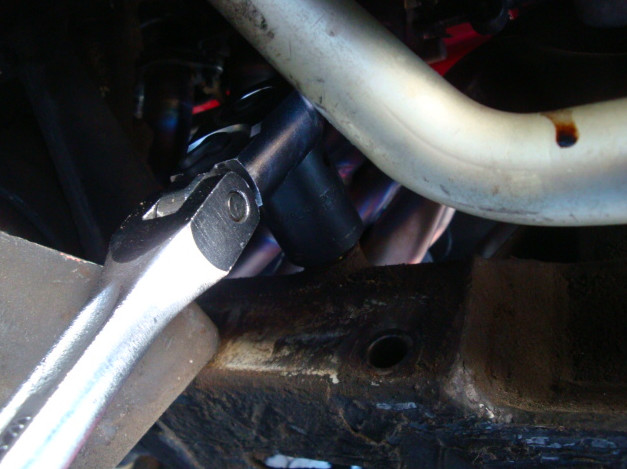 Now to get the a-arm bolts to slide out, position a floorjack under the axle hub, and then jack it up, so that the suspension starts to compress. This will get the bolts to slide out as the suspension compresses, and it will stop because you still have the nuts on the a-arm bolts. The shims should start to drop out as the bolts are moving. If they don't all come out, you can use a screw driver to wiggle them off the bolt, and out the slot on the bottom. The shims are U-shaped so you don't have to remove the bolt completely, just enough to get the shims off. 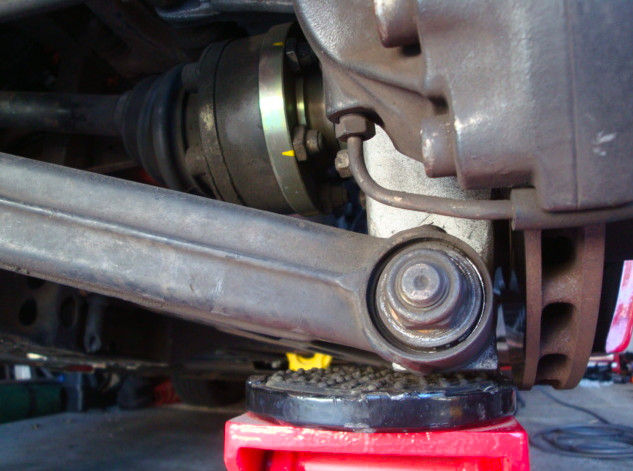 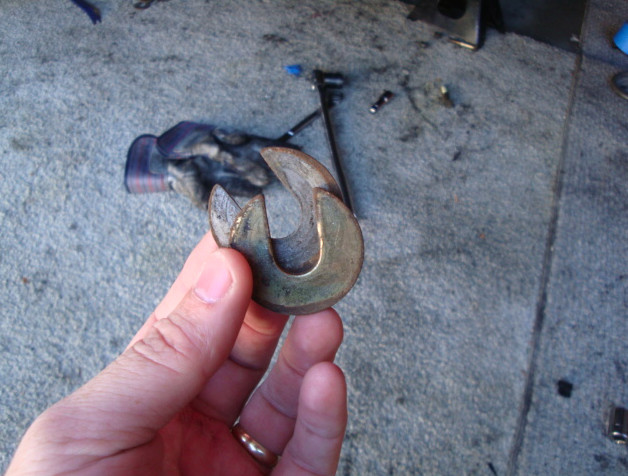 Once I removed all the shims I tightened all the nuts back up, so that the a-arms are now held in place against the subframe, shimless. By removing the shims the bottom a-arms are no longer pushed out and the negative camber is removed. Now my alignment isn't perfect, but I have dialed out all the camber. I still have a little bit of negative camber, because my car is lower, but it is nowhere near what it was.

The shims I pulled out of all 4 a-arm bolts was daggon near 3'' thick when all stacked up. It's no wonder I had so much camber, and the tire were wearing out so fast. 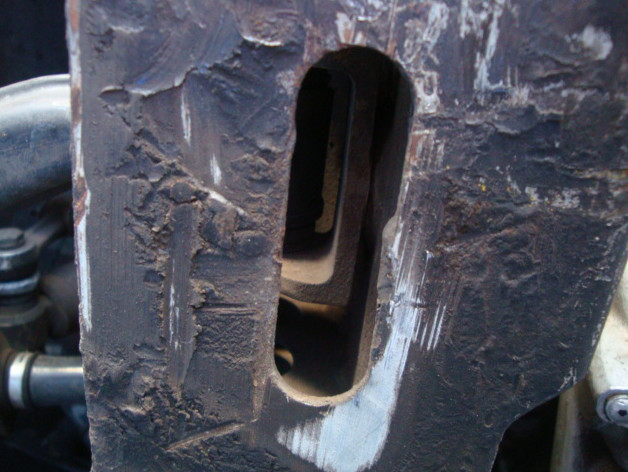 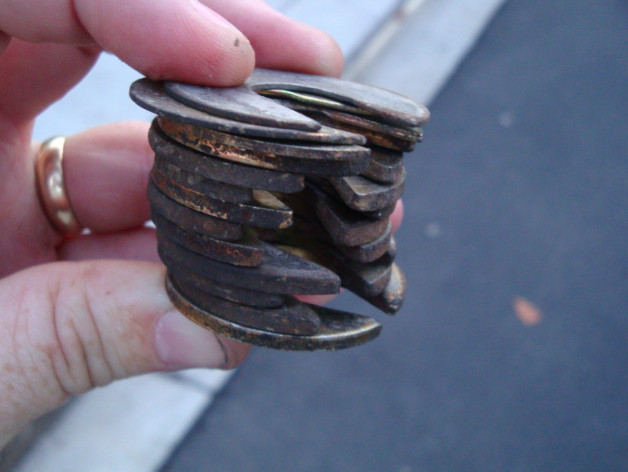 Now yes, I know, I still have to get it properly aligned. But the main reason I did this was because I didn't want my brand new tires getting the insides scrubbed to crap on the way to the alignment shop. I guess I could string the alignment, but it got dark, and I'm too lazy to do it right now.

That's how you adjust the rear camber in a 348, Stooge style.

Ah what a good alignment can do.

Thanks for the invitation to come over and align it at your place fatboy, but I already had an appointment with the shop today. The guy was very good and fast. He had me all done in less than 30 minutes. He has a drive on pit, and use the levels with the bubble. "The bubble never lies". When he took the car out for the test drive he even chalked the center of the tires. That's OLD SCHOOL! Needless to say, I'm happy with my new alignment. Now to put a load of miles on it.