As Rob'Z and I discussed in this thread http://ferrarichat.com/forum/showthread.php?t=342739 I volunteered to send him my throttle bodies to have them ported. I was supposed to have send them to him last Monday but didn't get them shipped out until today. You know the whole Thanksgiving week thing, sorry about that Rob. Anyway they are on their way now.

Here is the how-to thread I posted in the tech section http://ferrarichat.com/forum/showthread.php?t=346550 on removing the throttle bodies, and the throttle position sensors.

Rob asked me to do some mic-ing before I sent them too him. Both the front and rear openings of the TB came in at roughly 57mm, with the middle mic-ing in at 54mm. The opening starts at 57mm and tappers down to the 54mm, with the throttle plate right smack in the middle of the small part of the TB. Then just after the throttle plate it quickly opens back up to 57mm on the back side. Seems to me they were trying to make the TB have a venturi effect. But all I think it does is act like a daggon restrictor. Especially with the throttle plate sitting smackdab in the middle of the opening screwing up the air flow. Not forgetting to mention reducing the total inner area of the TB. So even though it's 54mm with out the plate, the total area could be acting as small as 50mm with the throttle plate taking up space = T I N Y! The TB's seems to have plenty of meat on the walls as those came in at 4mm thick at the front opening. I also mic'd the opening on the intake plenum, where the back of the TB mates to the plenum top. That came in at 58mm on each side, 1mm larger than the rear opening on the TB.

It's gonna be interesting to see what you can do with the TB's Rob.

Here are some pics of the TB I borrowed from the how-to removal thread. 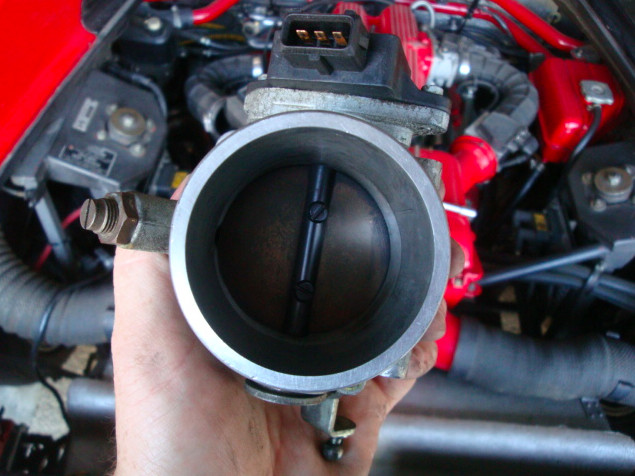 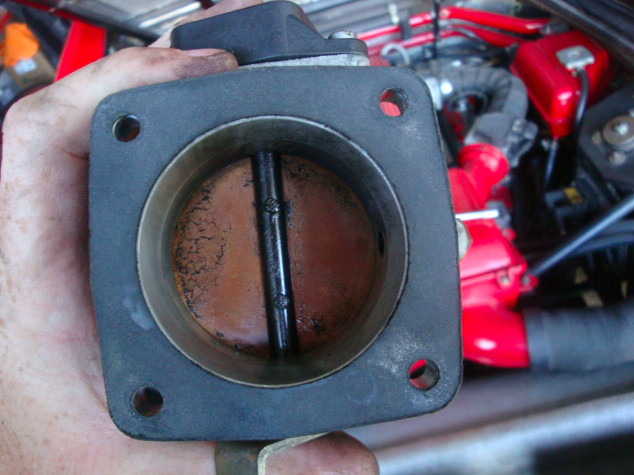 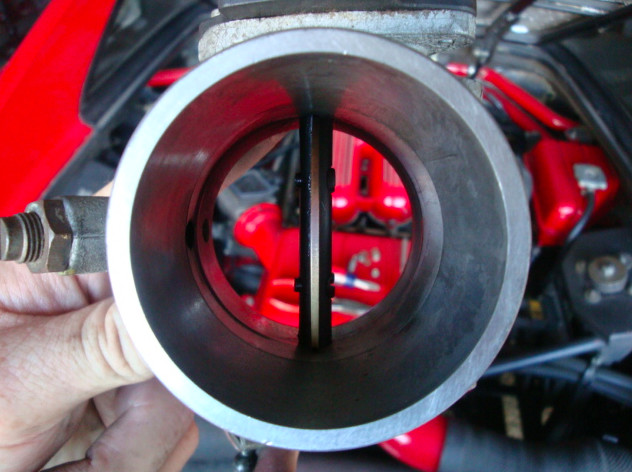 Been giving it some more thought, and I think I have an idea why they put that venturi in there. My guess is because of the super long path the air has to take just to get to the throttle body.

I just ran out to the garage and shoved a tape measure through the intake opening. From the edge of the opening in the quarter window to exit of the flex tube. Then roughly the turn from the entry of the air box to the exist of the air box. Next from the intake portion of the MAFS to the exit of the tube where it would attach to the TB. Guess what it's length was? Roughly 70", that's just 2" inches short of 6' FEET!!!! It could be a couple of inches shorter or longer, but that is the ball park, and is for sure way over 5' feet long. That is an EXTREAMLY long way for the air to travel before it gets to that tiny 54mm opening in the center of the TB.

So no WONDER they wanted to try and make a venturi in there. Because if you are at a stand still, then mash on the throttle, you aren't gonna get jack squat for air. The engine has got to work hard to get the air moving over that longass distance before it even gets to the throttle plate. Way easy for the air to slow down when it has that long of a distance to travel, especially if you get off the throttle and then back on it.

Damn near SIX 6" feet of intake, then to have to squeeeeeeeze through that coffee straw of a throttle body = not good for power in my opinion.

Did another measurement right now. Pulled off one of the MAFS and mic'd the front and back openings. Both inner diameters measured 66mm.

Yeah dude, I am thoroughly convinced the 348 engine is choked off BIG TIME.

It's gonna be interesting to see what the difference is in the flow of the TB's before and after the port job. Hog those bad boys OUT Rob.

Well when I looked inside it appeared to be straight, so I'm guessing venturi as I see no curves. My calipers weren't long enough to get inside from the front, and I could just get them on the back edge of it from the rear. But just eyeballing it I could see a definite hard angle where it necked down, with a sharp ridge where the throttle plate would rest at full closure. Both on the inlet and exit side. It's also not even. The tapper appears to be biased to the right side of the throttle body on the entry side, and biased to the left on the exit side. Probably due to how the plate opens, or my bad camera angle?

As for the bell nozzle I found this calculation. But I dunno how Rob would machine that? If it needs to be machined like that at all. He did say he was gonna put a 7º tapper in it. 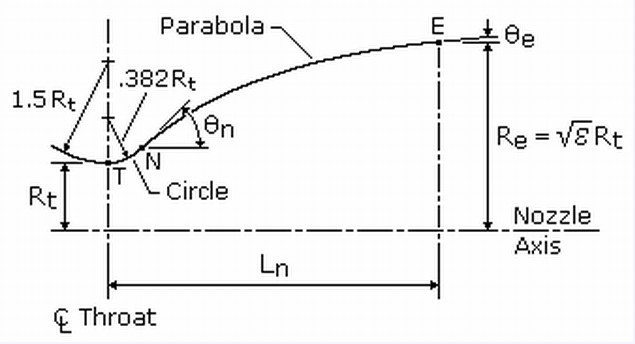 Well one thing for sure is looooooong intake track cannot be good for flow. Especially how they have it routed.

The other thing is the way the plenum is configured, with the tb inlets on the sides. What's the point of having a high velocity charge if it's just gonna smack into the back side of the plenum top. Plus the top sits so low that the top of the runner stacks are sitting right in the path of the incoming air. 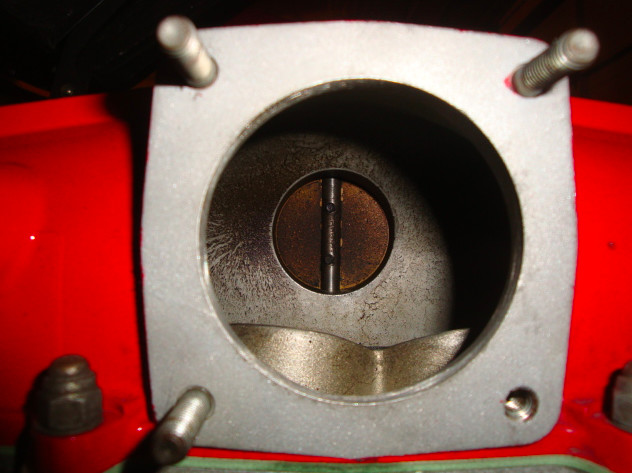