I was considering replacing the head unit with something more capable. I was persuaded to try the adapter so ordered it up and it arrived some four days later. So, the unit cord consists of an identical plug that fits directly into the back of your Becker unit.

1. I just turned the car off, but did not turn off the power (maybe you should to be safe--I'm a tard so this is not how to do it, but how I did it).
2. Insert the release keys ALL the way into the Becker unit--see pic.
3. Then gently pulled the unit, and it came straight out with enough play in the cable to allow me to rest it on a shirt on the shifter housing.
4. My plug did not come out easily, I used some channel lock plyers to gently wiggle it off. GENTLY!
5. Once off, I removed the yellow portion of the old plug and slid it into the new one.
6. Then I put the new plug into the Becker unit--it went right in--do NOT force anything--check alignment if it hesitates.
7. Align the stereo with its cavern, be sure the keys are all the way in, then gently slide it in until it clicks.
8. Remove the keys carefully as to not scratch the outside housing of the stereo. I gently wiggled them back and forth until they came free.
9. I pressed the power button (yes, you can power it up without the ignition key on, or even in the ignition).
10. Do the programming as directed, which is just holding a button down for eight seconds and pushing a button so the stereo knows it's there.
11. Turn off the stereo, then back on so it can cycle and recognize the new programming.
12. Plug in your I-Pod and your are in business.
13. Installation of this adapter will NOT allow you to use the external CD player, if you have one. I didn't so no biggie.

Clapton is just what happened to be playing on the radio when I was done.

I am NOT affiliated with Becker, or any company for that matter. I'm a goof-off. 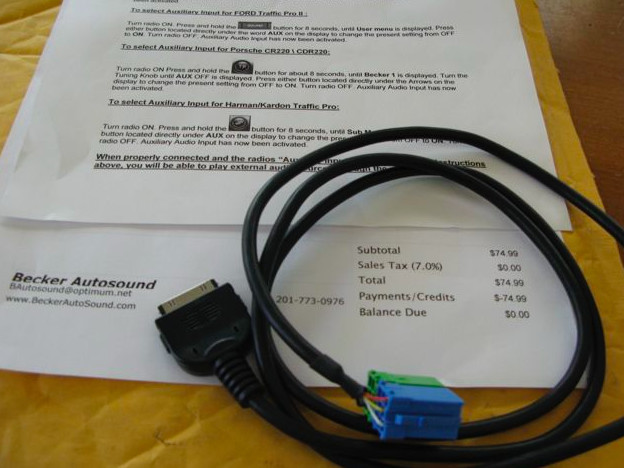 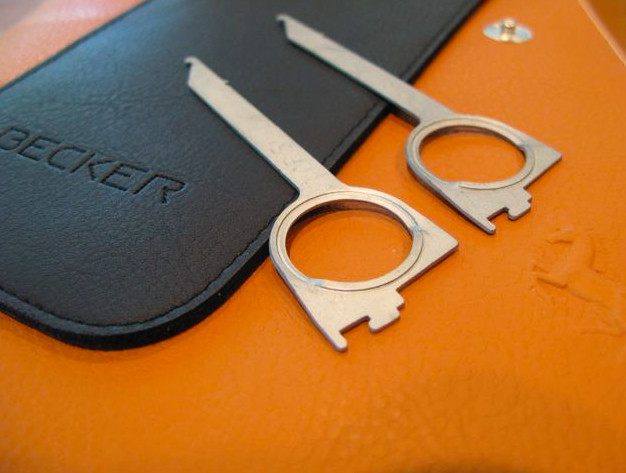 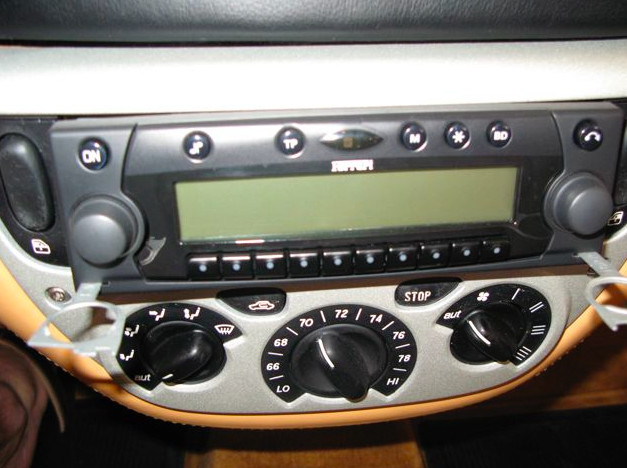 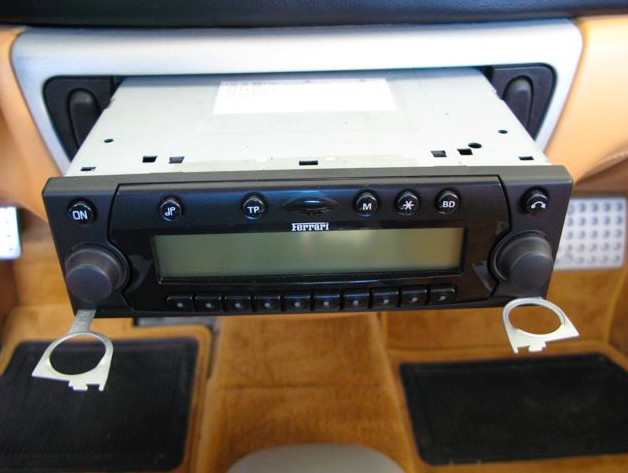 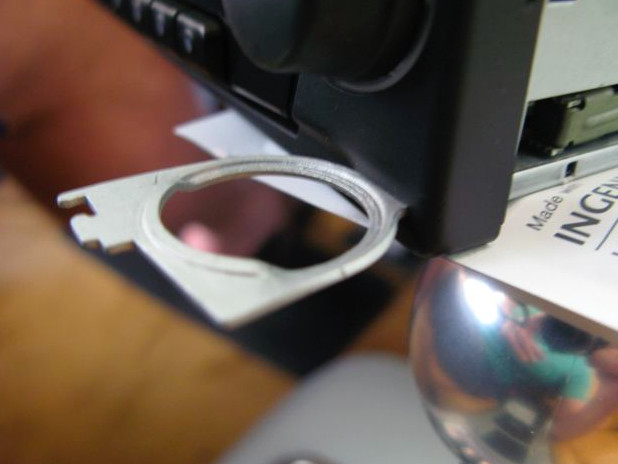 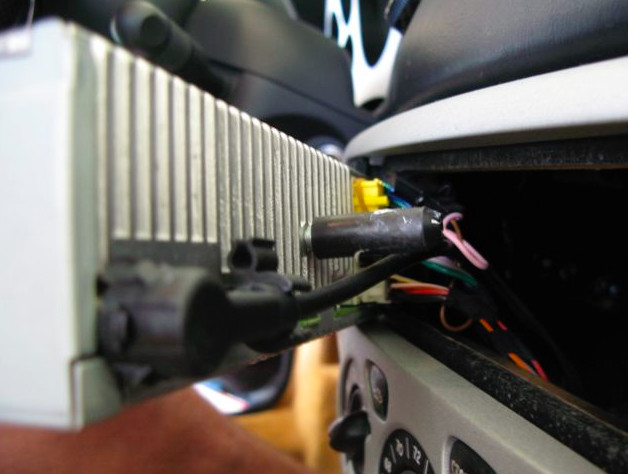 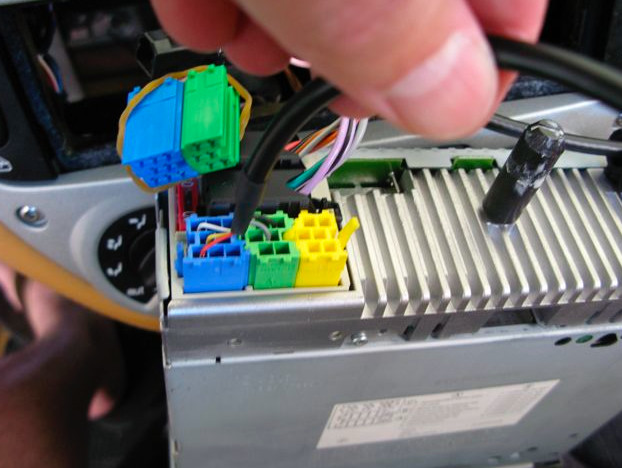 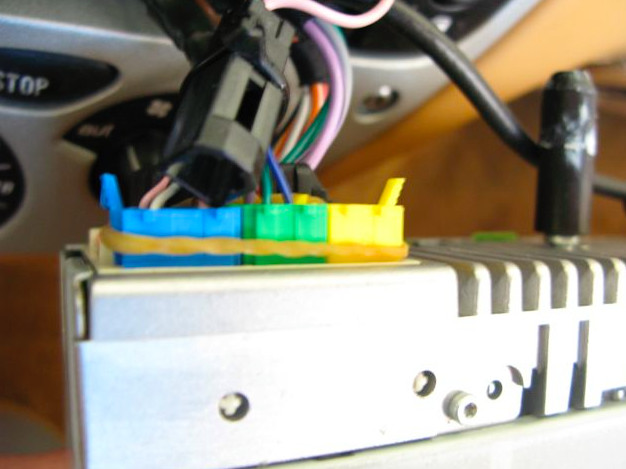 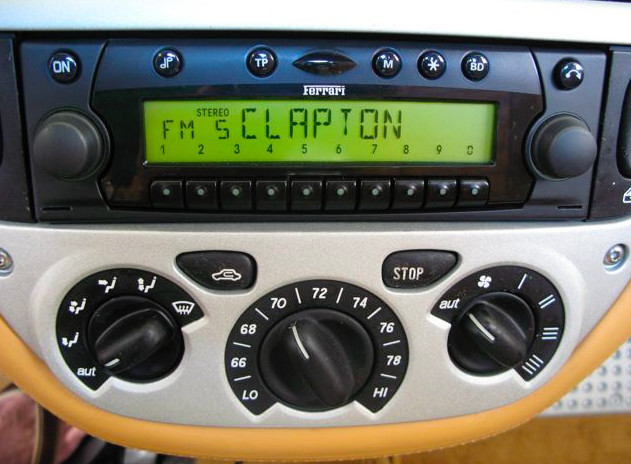 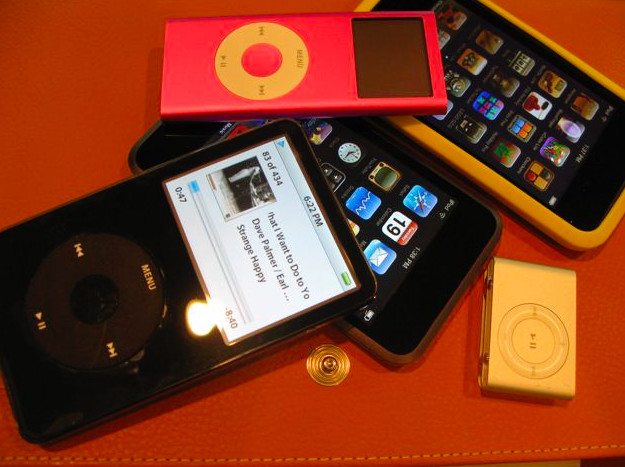 The phone number is on the first pic as well. I called with a couple of questions and they knew their stuff. I highly reccomend them if you're looking to add this option. I wish I had done it sooner.

The sound is a very good quality; solid bass and clear treble.

Good to know Bill. Maybe you can post some better pictures so everyone can see how it fits and works. I know I'd like to see more.

Okay, I just went through all the motions with the I-Pod and you can play playlists, songs everything you can do if you're wearing it. You cannot control the volume from the unit though--which is good.

Here are pics of mine in the car in two different places; one on the ashtray (I prefer it here), and in the center console. I can use it in either place, but prefer the shifter area, at least now. I use a Fidelity non-slip rubber dealie I picked-up at an investment conference (no affiliation with Fidelity), and it keeps it sitting there pretty well--no banging around. I'll keep you posted.

The sound is excellent, and it does charge the unit simultaneously. Two-thumbs up folks... 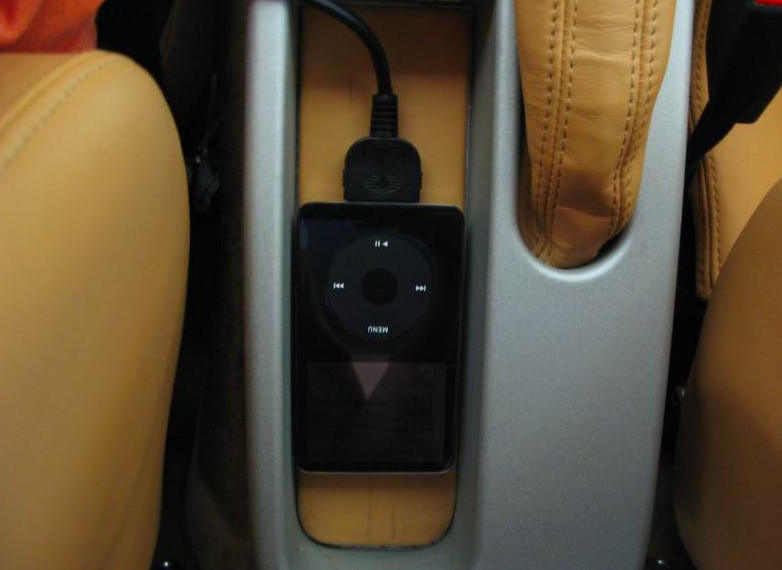 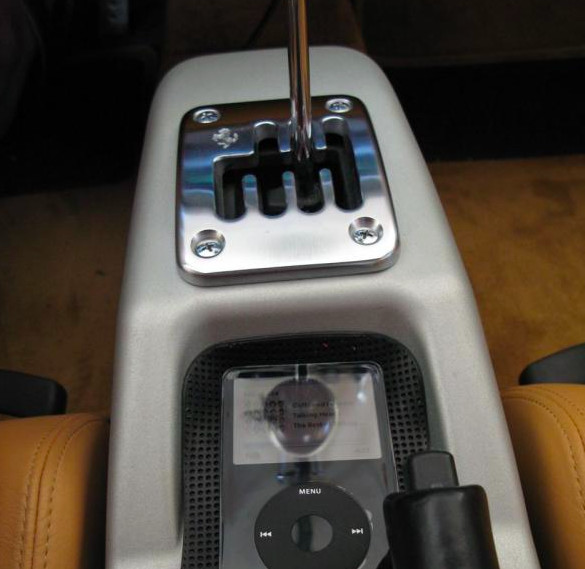 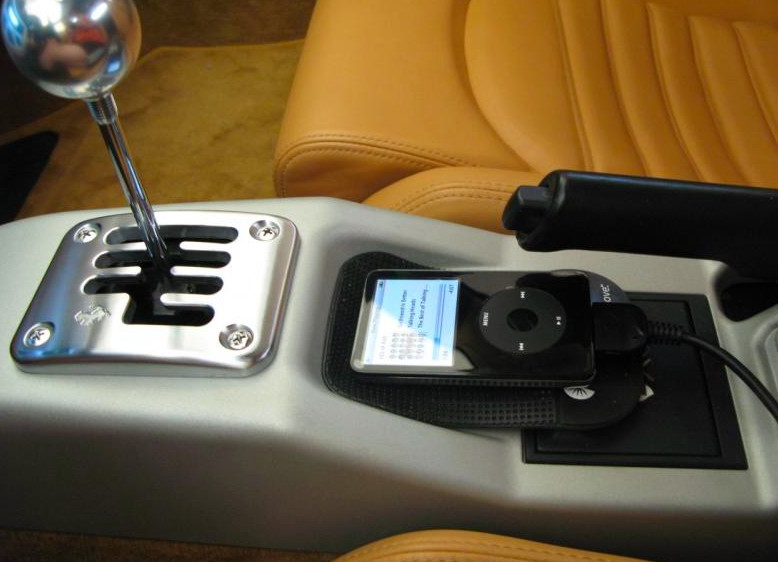 Yeah, I saw a couple of cable ties that I cut off as they were in the way and really didn't serve any purpose other than to keep them from hanging down. I just gently twisted mine so they'd coil in a circle as I put them up, and it worked. If you can take a picture, I'm sure we can give you some input if you chose to proceed.

In the attached photo, you can see one of the ties I had to cut near the base of the cable bundle. Once I cut it, the unit came out easily. A step I didn't mention in my instructions, but really not a big deal to me. 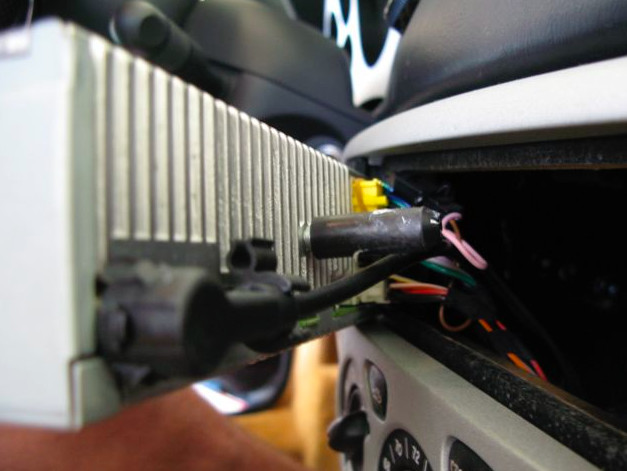 I took several pics from a couple of angles, and even traced one of the cables. There is no silver or white tape anywhere under my dash. Also, note the lack of ties. I only cut away two or three, but none really hampered my ability too much. I just like to have clear access. I'm pretty confident you have some other work under there.

I'll PM you my phone number if you want to call and chat about it while you're working on it. I'll go out to my car and compare notes... 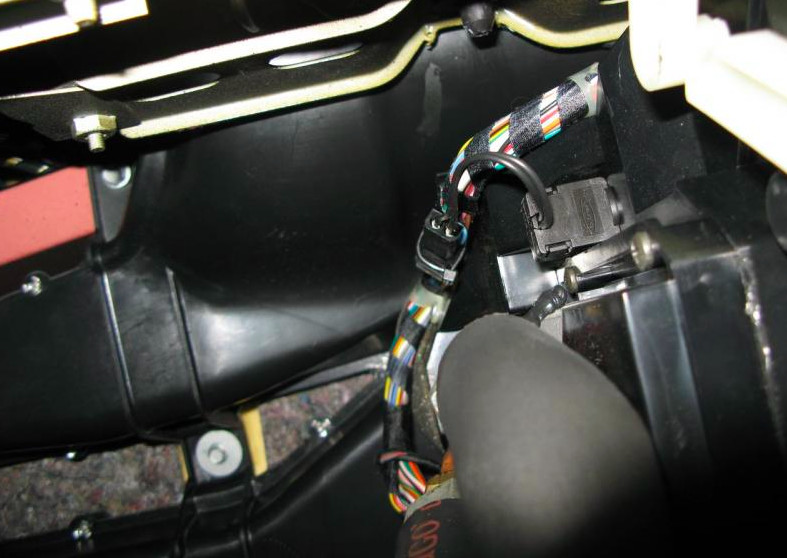 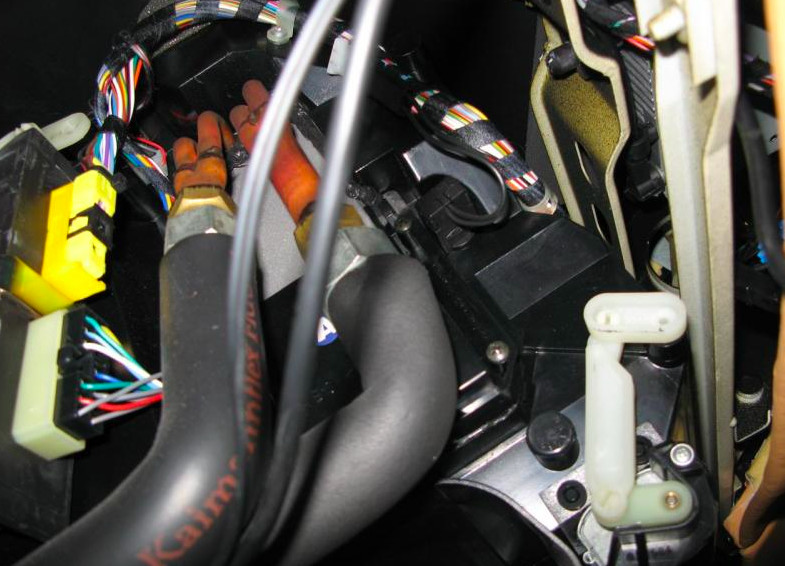 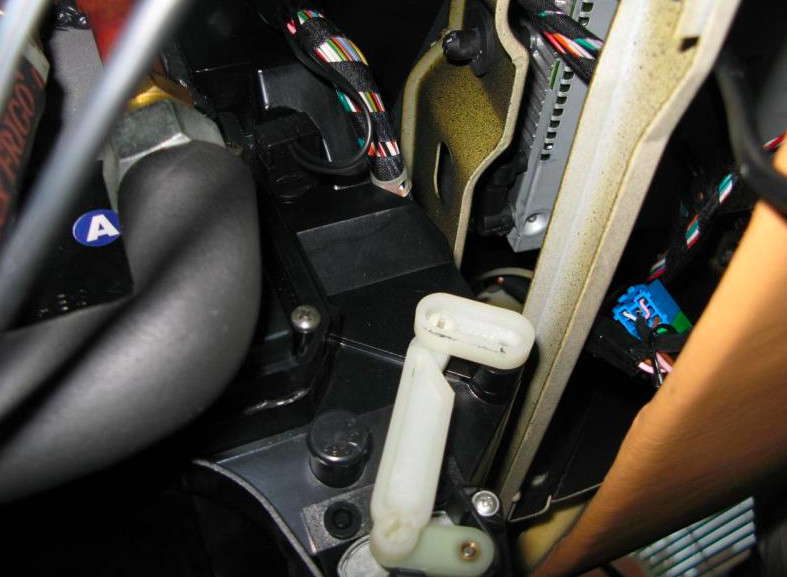 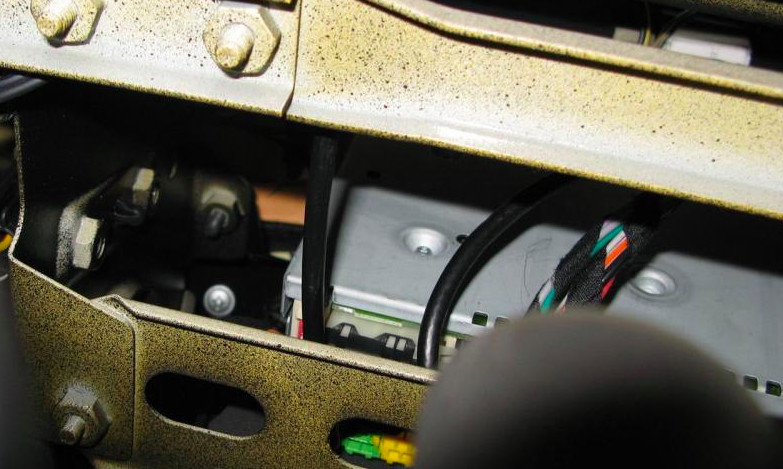 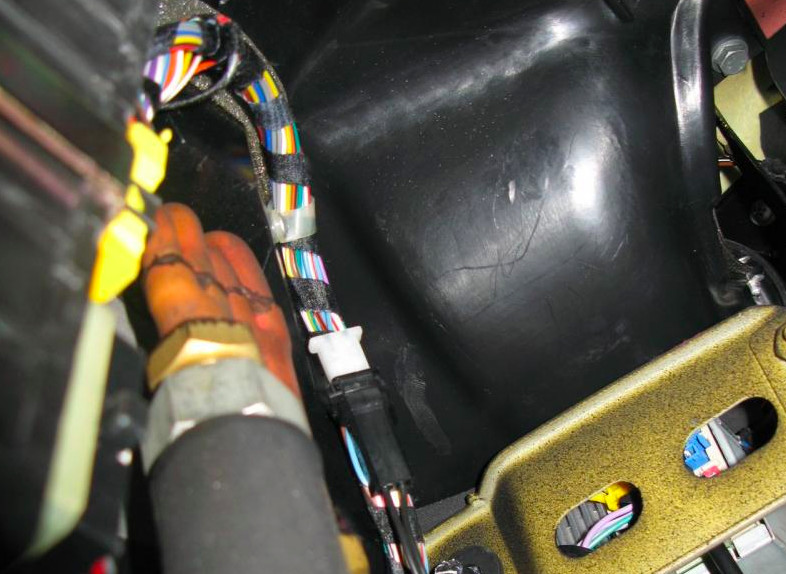