Since I was taking my seats out I thought I'd do a quick how to with pictures. 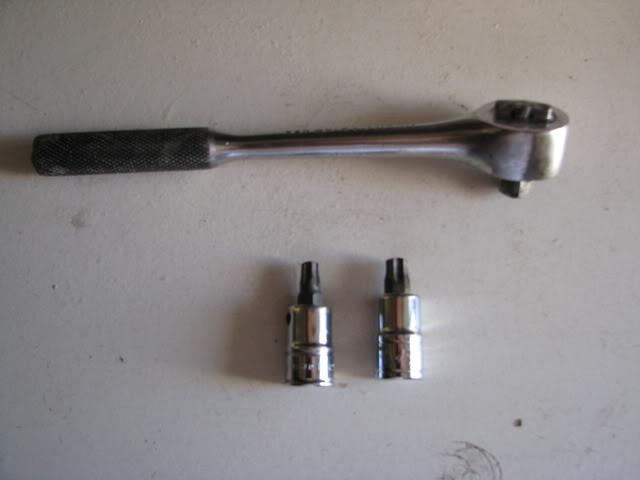 From inside the car remove the two bolts holding the lower section of the back seat using the T40 socket. 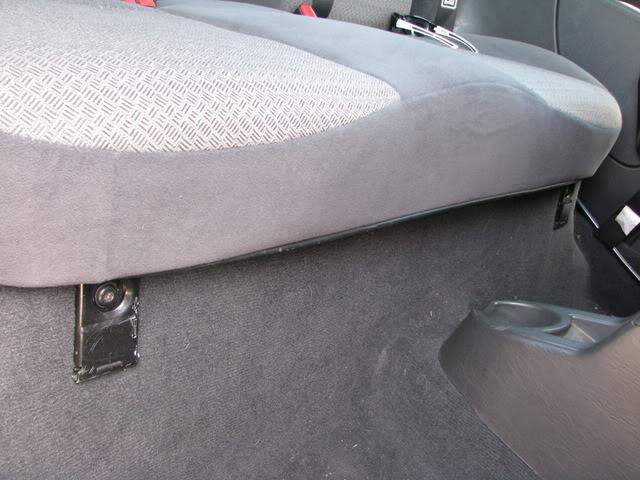 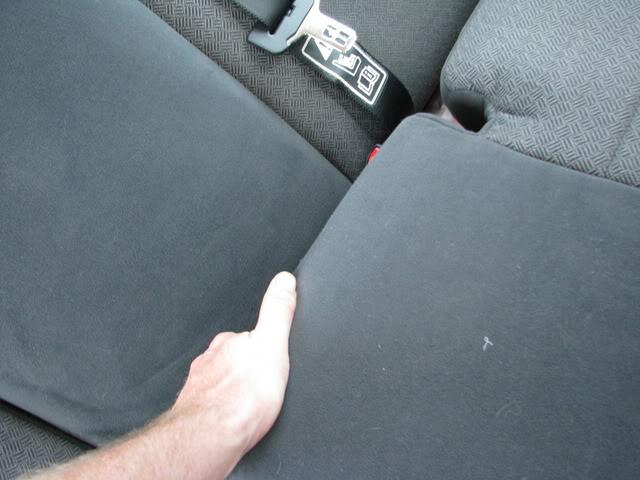 with the lower section out of the car you can replace the two bolts so you don't lose them. 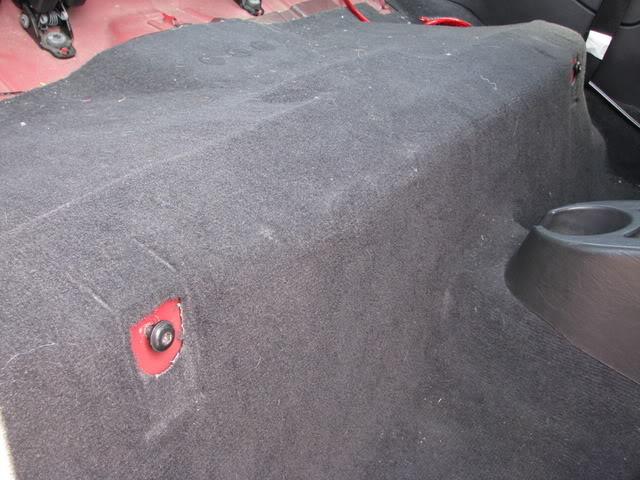 Using the T45 socket remove the mounting points for the 3 rear seat belts, middle and both sides. 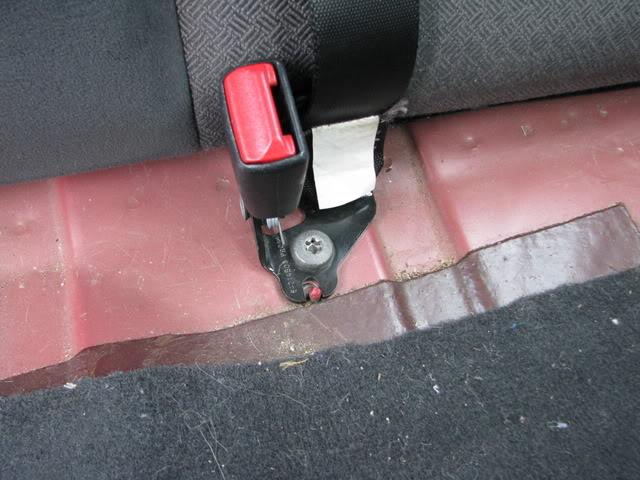 It is necessary to remove the sides because you have to unloop the shoulder straps on the sides through the elastic, you could skip removing the two sides and just cut the elastic if you wanted to also. 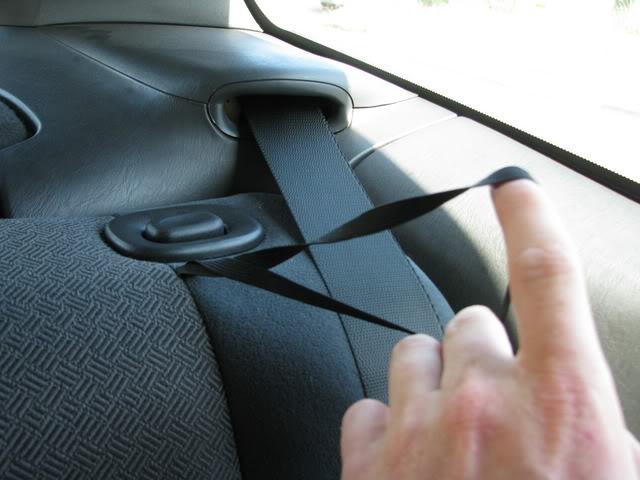 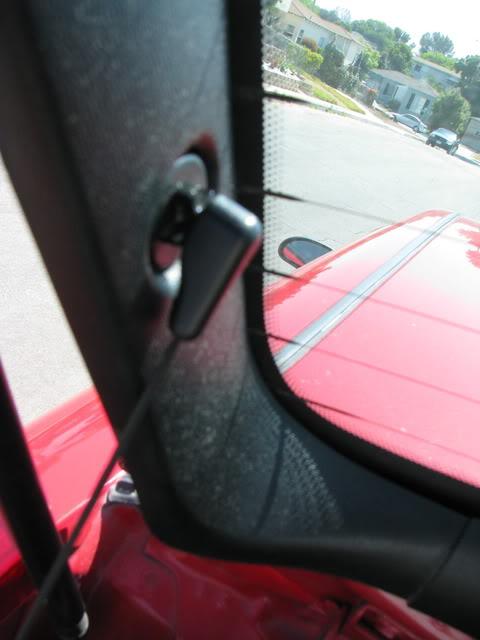 Slightly lift up on the cover and pull it toward you, it will pop out now you can lift it up and slide it out. 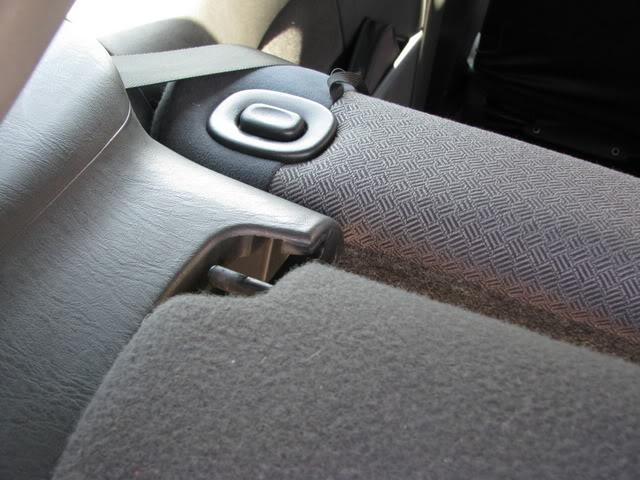 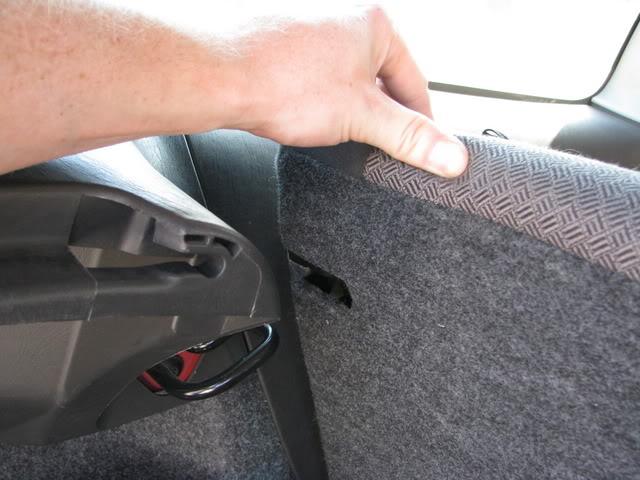 The back seat should now look like this, with the lower carpet removed. 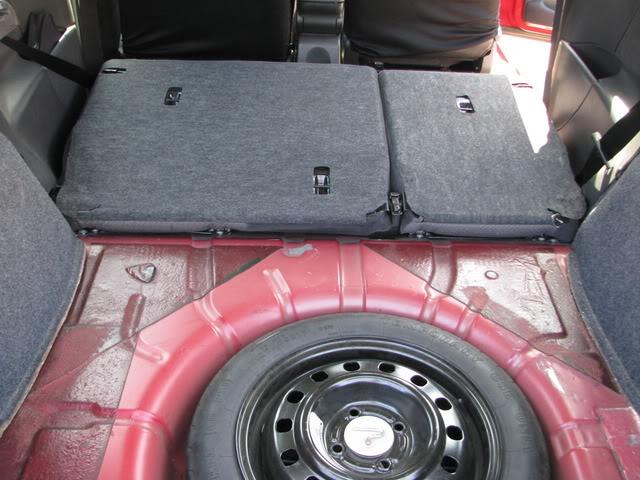 In the middle of the two hinged seats you will see a bolt this holds the middle hinge for the seats. 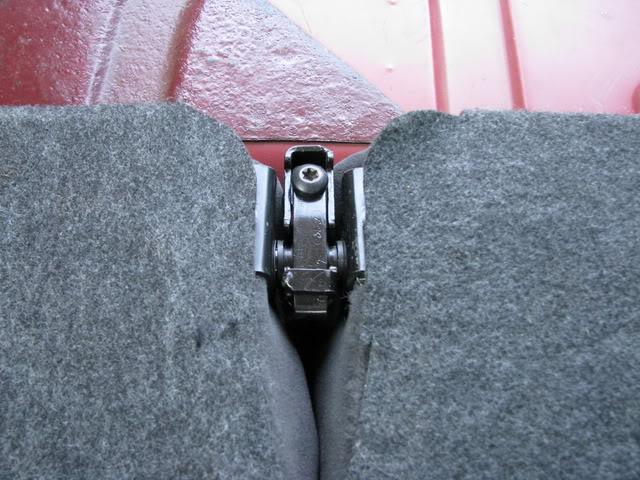 Using the T40 socket remove this bolt and slide the metal piece it was holding toward the front of the car to remove it. 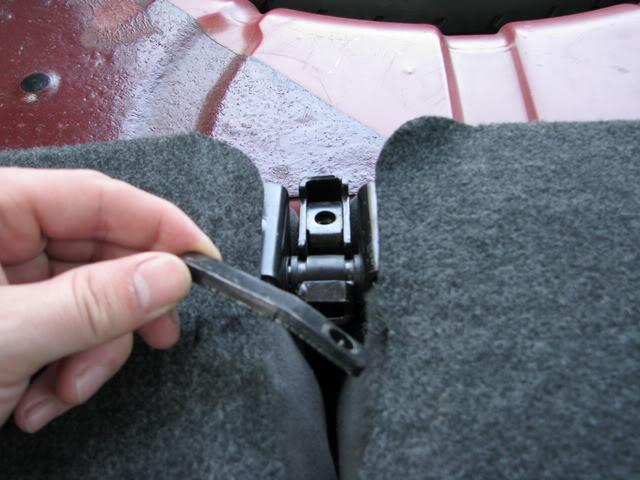 On the left and right sides there are 2 bolts still holding the seats, use the T40 socket to remove them. 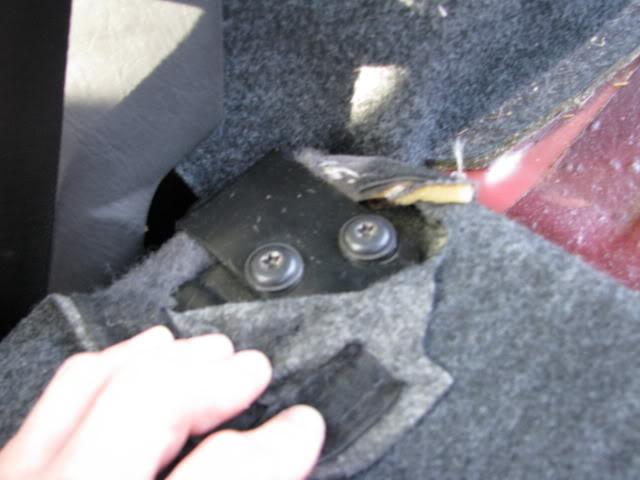 Lift up on the right side section of the rear seat, with some effort it should pop out of the middle hinge and right hinge 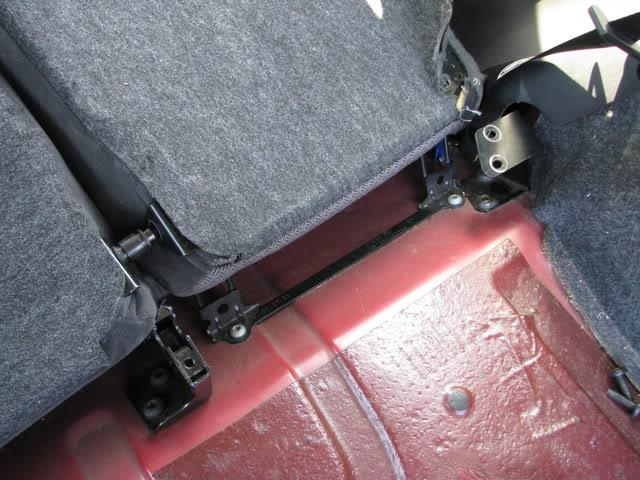 You should now be able to remove this smaller section by pushing it to the side away from the larger seat section. 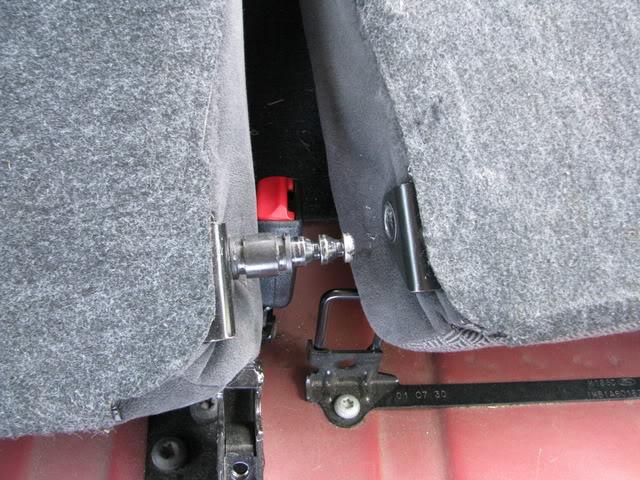 Replace the piece of metal and bolt in the middle hinge. 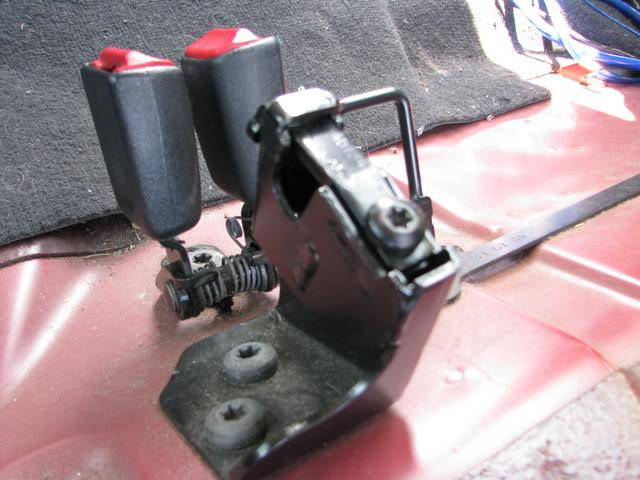 And you're done the rear seats are out of the car. 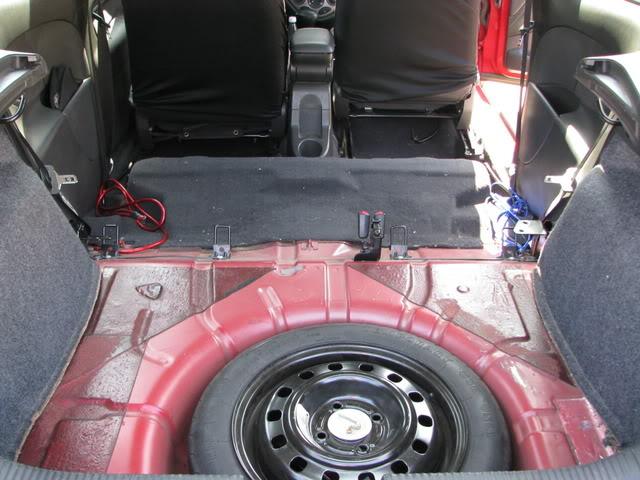