Check out this mod to complement the one shown here.

I went to the Junkyard and picked up a shifter handle from a 1996 Lincoln Town Car for 2 bucks! It looks nicer than the Rangers and is chrome.
Note: These also came on some Crown Vics

Here is what it looks like in my Ranger: 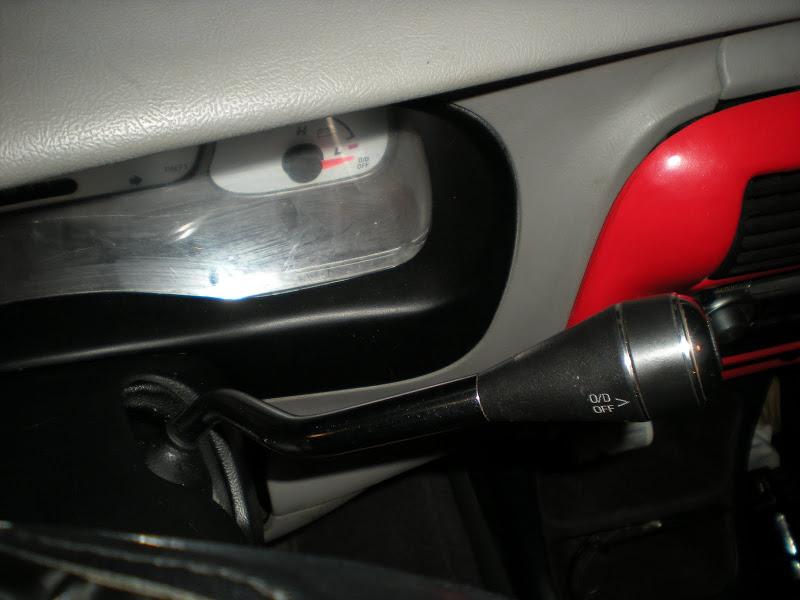 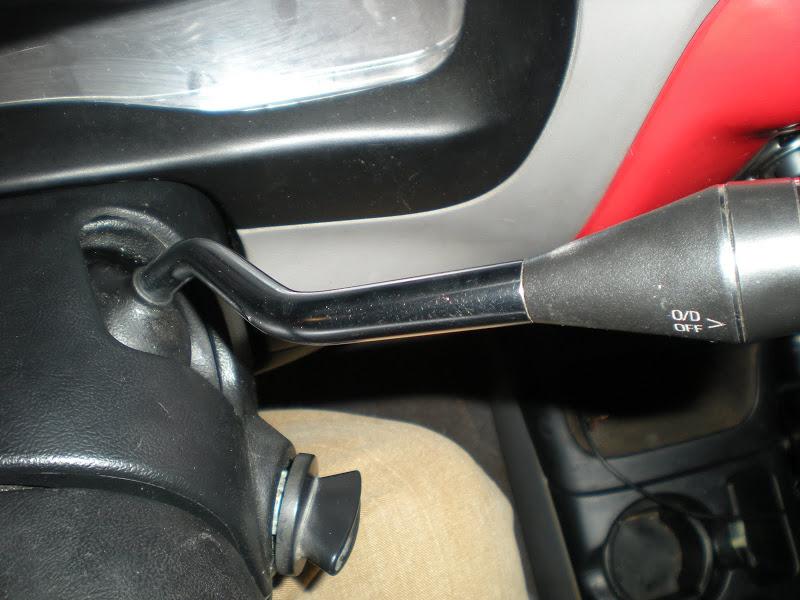 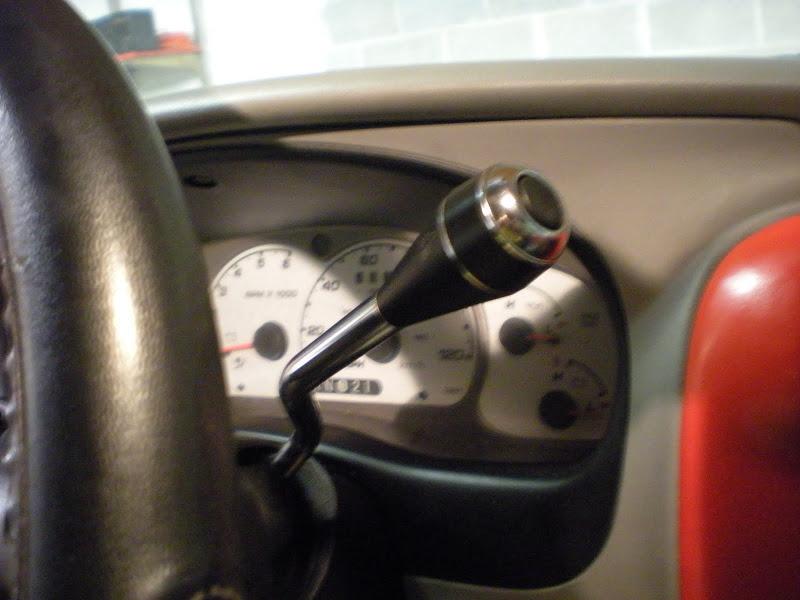 Now on to the How To (very simple).
First thing to do is to remove the lower parts of the dash.
The plastic piece and the metal behind it, and the part surrounding the cluster.
If you don't know how to do this refer to this thread.
To make this easier I lowered the column to give me more room to remove and replace the O/D wire. Just loosen the front two 13 mm nuts on the column.
Now you need to remove you column shroud. (three Phillips head screws at the bottom.)

This pictures are from a removed column but should give you the idea of how to do it:
Unplug the O/D connector (its under the column and usually attached to the ignition harness) 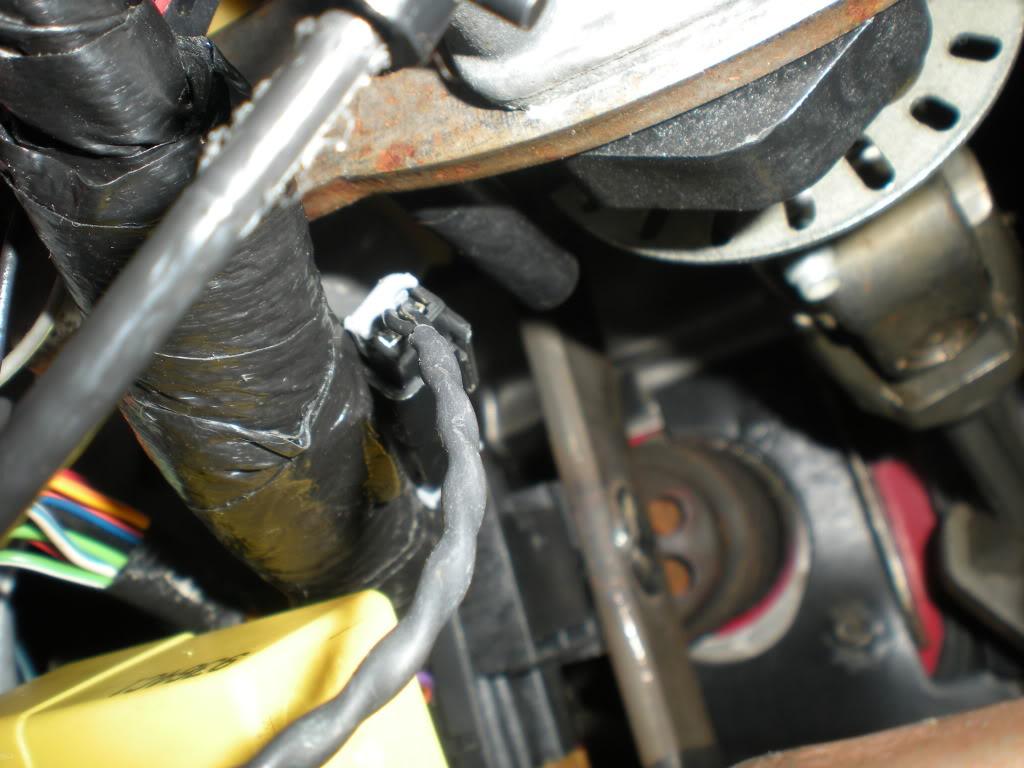 Here is the connector: 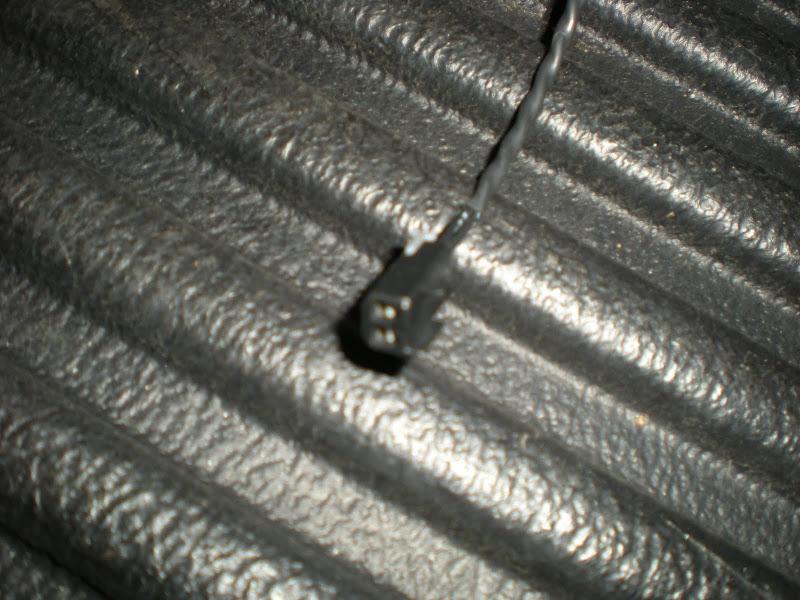 Unclip the wire from the steering column (3 places): 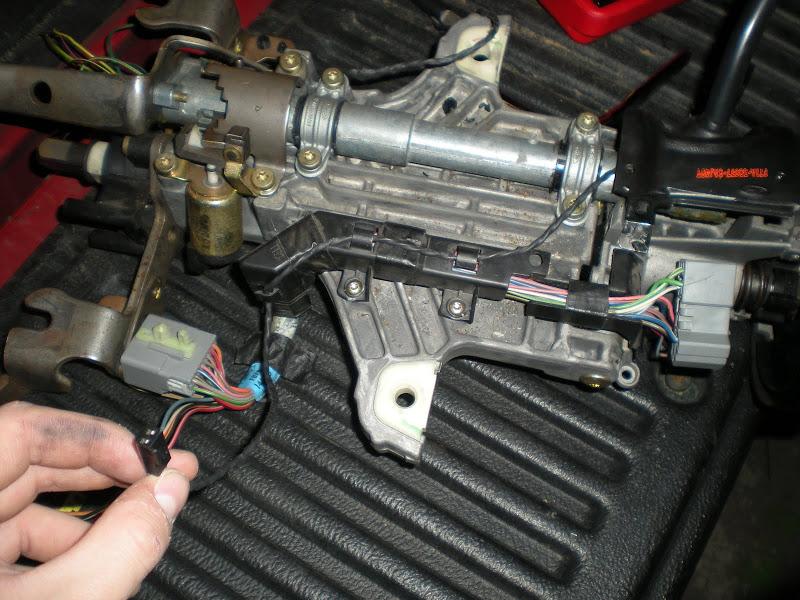 Now lets move on to the shifter boot.
There is a clip at the bottom of the boot to the right that needs to be pushed and then wiggle the boot upward. 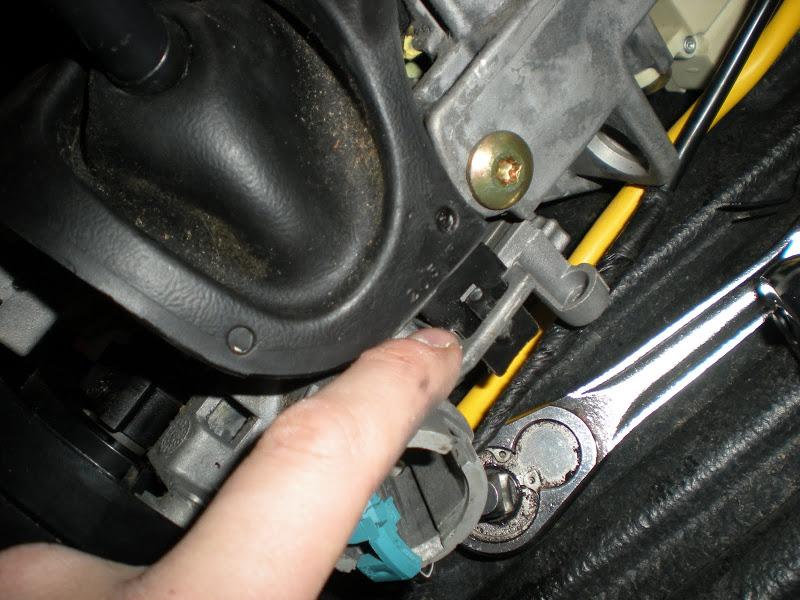 Then unclip the upper left clip: 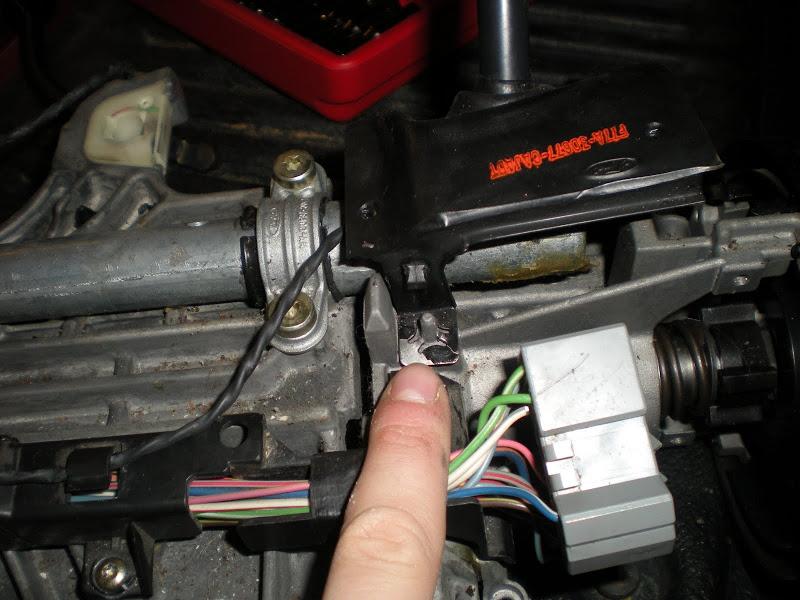 Now you can pull the boot up and out of the way.
Now you need to knock out the pin holding the lever in.
You don't need much force (hell you can use a ratchet to knock it out). Hit it upward and you can pull it right out. 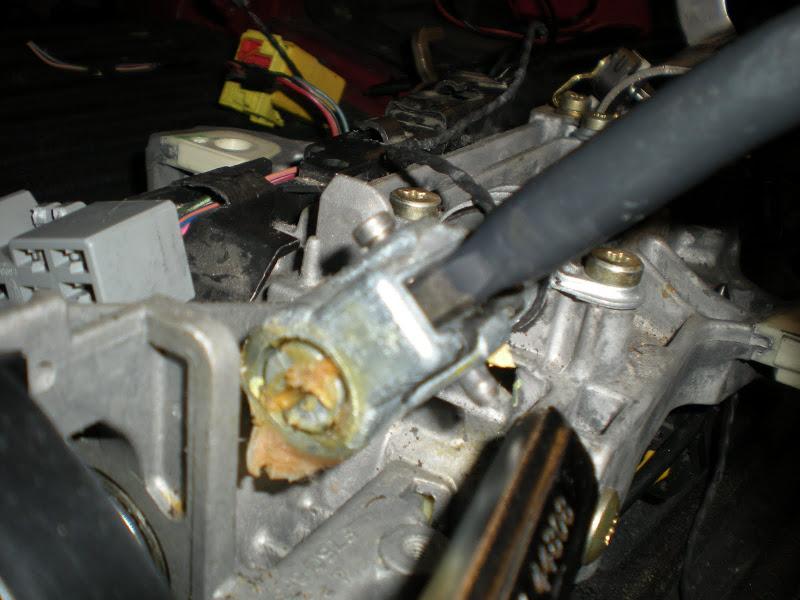 Here is a pic of it removed: 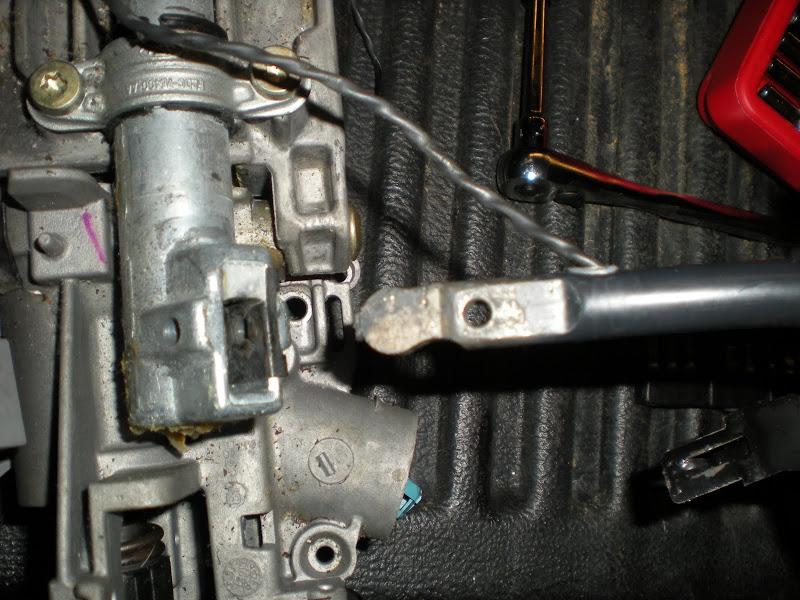 Now all you have to do is install by reversing the steps.