How to Remove Dash Shelf in MY'06 and Later

After wrestling with the newfangled *@#! storage shelf on the passenger side of my MY'07 and thanks to NVMY4N for giving me the final tip I needed, I thought I'd post a DIY for anyone else who needs to do this and isn't an "interior part removal specialist."

The shelf has 3 key attachment points: a single Philips head screw in the center above the shelves, and two snaps on either side of the inside of the shelves. These snaps are similar to those in the trunk, and you need to press in the center to make them pop out in order to remove them. (I found this out after I broke both of them trying to pry them off.)

First, unscrew the screw, then remove the two side snaps. I ended up using a small needlenose pliers to get mine out since I had broken them off.
This photo shows the location for the screw in the center top and one of the clip holes on the left side. 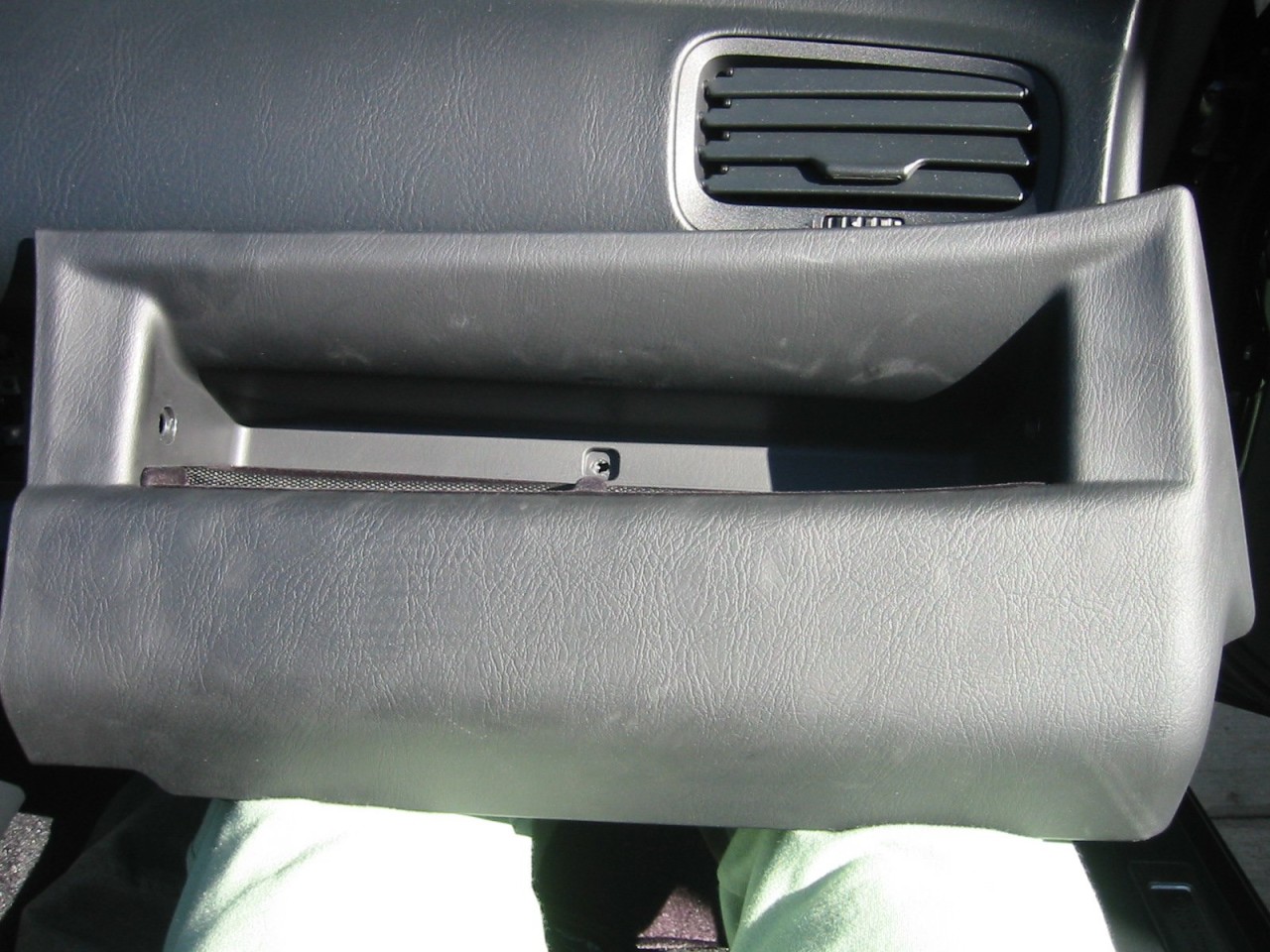 Then grab the shelf from underneath and give it a firm pull towards yourself. It should just pop out.
This is the back side of the shelf after it popped out. You can see the several clips around the top and sides that hold it in 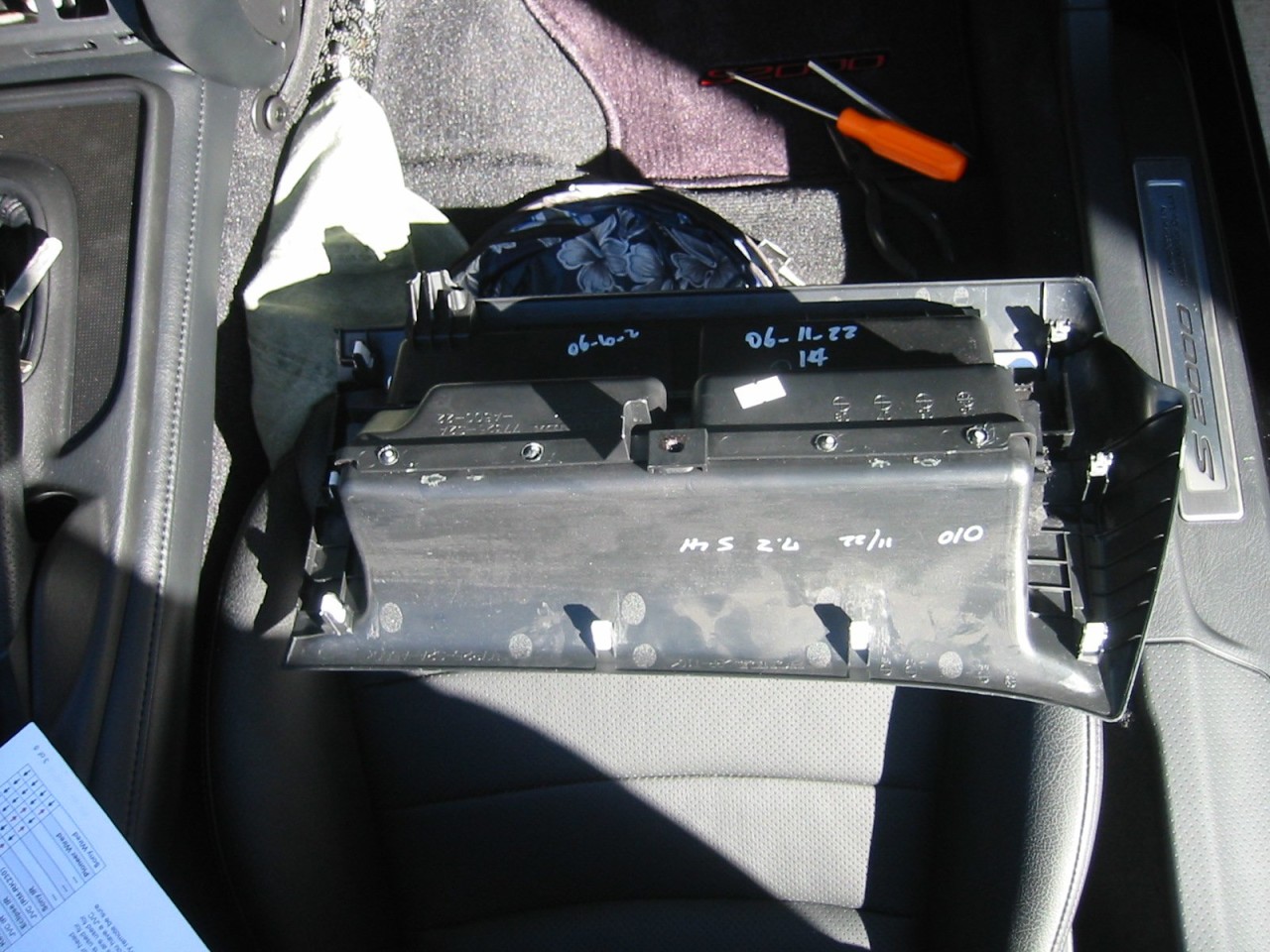 This is the dash where the shelf came from. You can see the clip slots here. 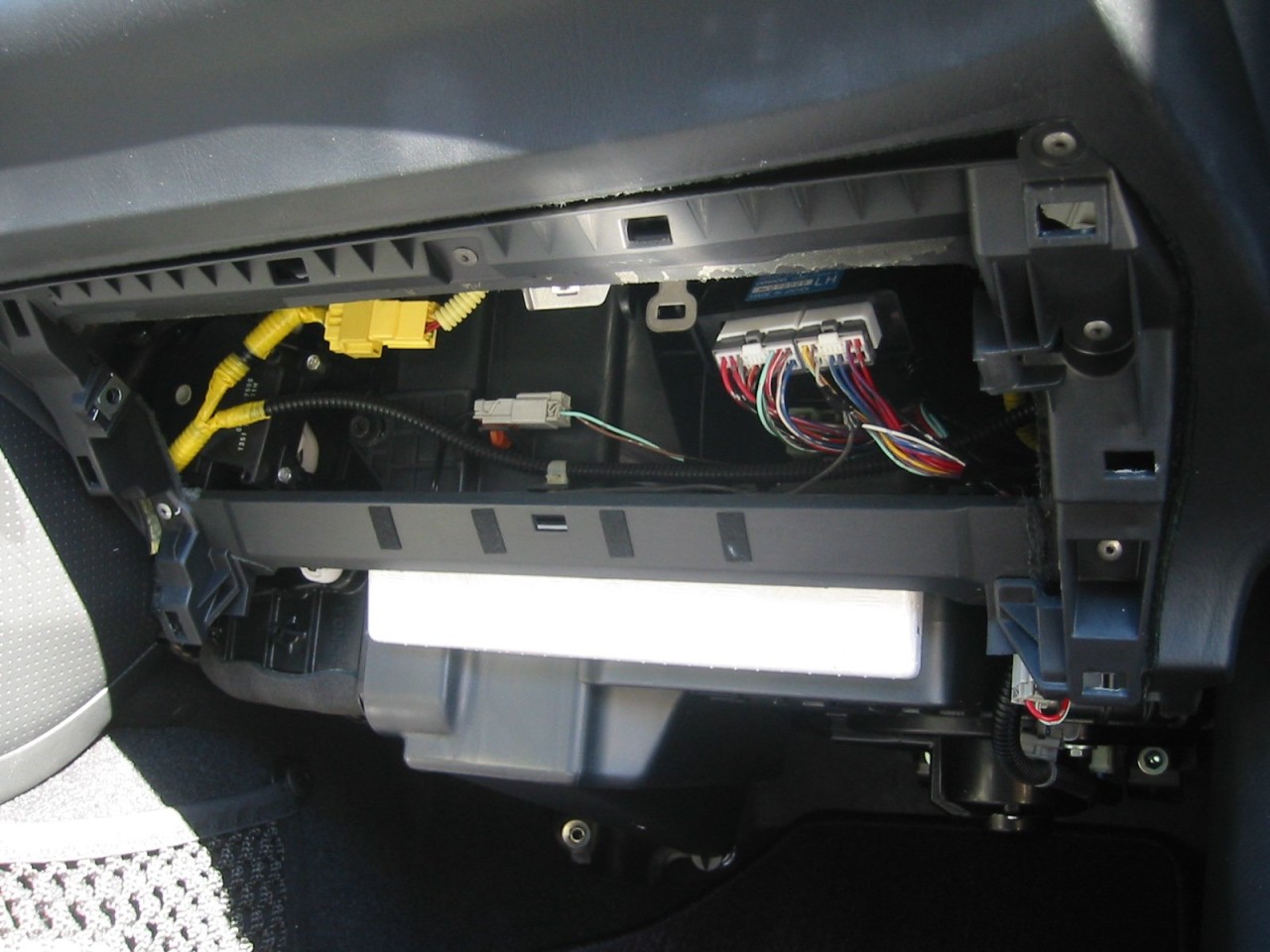 I haven't tried to put it back yet, but it seems pretty straightforward. Then it's off to the dealer to be charged some obscene amount of money for two new clips.