My passenger side headlight has been flickering more often over the last couple months. Time to replace that ballast under and secured to the headlight.

This conversion is really only of interest to the 2003 (for you UK members) to the 2005-ish model years. I say 2005-ish, because I honestly don't know where the cutoff is where Jaguar stopped using the older 12-pin LAD5G to the newer 4-pin LAD5GL. The difference here is that the 12-pin is still being manufactured, but at prices around $250 each. The 4-pin is only $115 most internet sources, as there are many brands (Audi, VW, etc that use them) 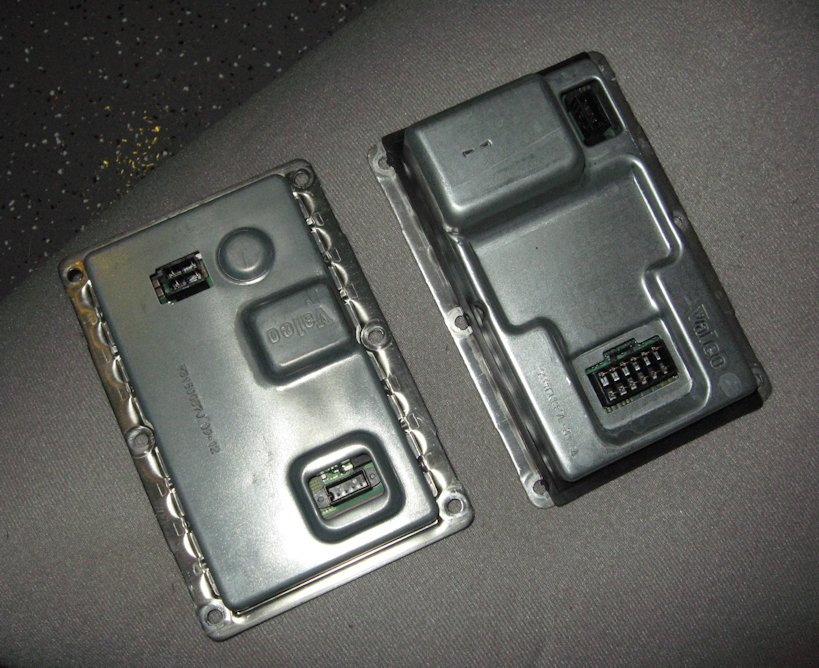 Internet sources show the split was at VIN G40555, and I was somewhat relieved that my XJ has a VIN G40967, and it should have the newer Valeo unit in it.

I ordered a new LAD5GL, and proceeded to pull my headlight out to make a direct swap.

Note that the pictures in this thread also show how to get the headlamp off the car without totally removing the bumper. i figured others might like to know in order to replace their bulbs safely w/o screwing up the cover or the gasket that keeps it sealed. The bumper is really awkward and difficult to reinstall by oneself once it is completely pulled off of the car (as I have had it off twice before this) and this method doesn't require you to rest it on anything and worry about it being scratched in the process. No other lamps or wires need to be disconnected besides the headlamp itself.

1. Remove the single fender splash shield connector, and pry out the park lamp indicator from the bumper. I like to slide a credit card on the bottom side, get a small screwdriver under it, and tilt it outward. The spring clips are on the top, but this is easier to get to then going at it from up top, where any slip of a tool can be easily seen. 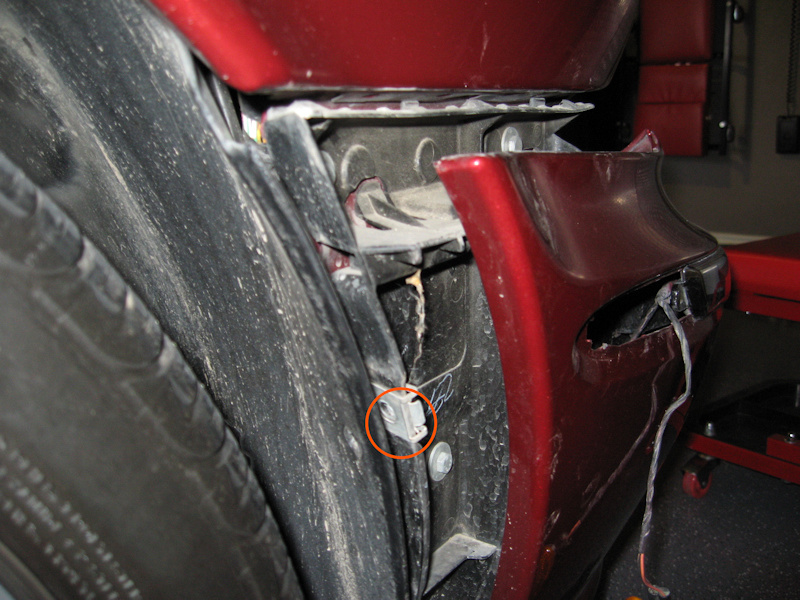 2. Remove all of the fasteners (5 I think) from the underside of the bumper to where it meets the underskirt. 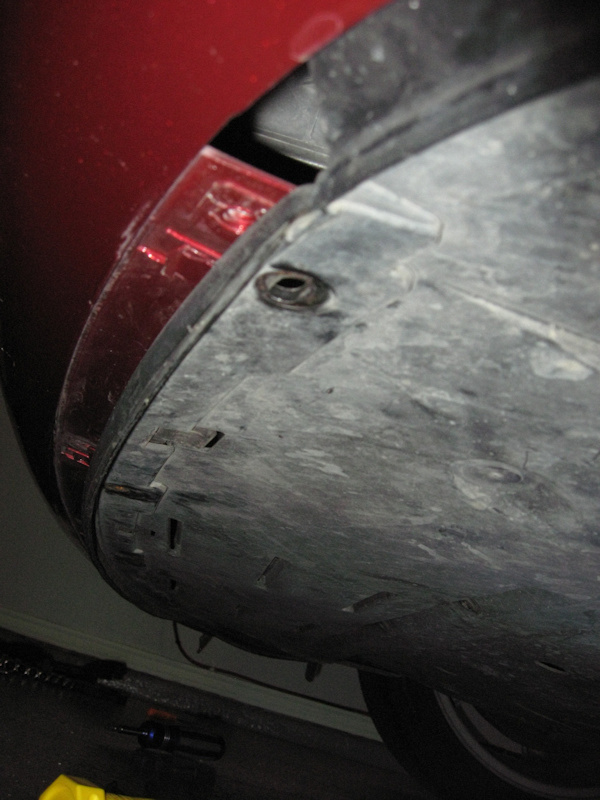 3. Remove the torx screw on each side of the grille, lift its side 'wings' from their position atop that guide and carefully maneuver it away pulling it straight ahead. There are three flat legs that slip through openings in the bumper, so wiggling it and making sure they aren't still snagged on their paths. (sorry no pics of this, but there are others in the 'bumper removal' thread.

4. Lift the bumper cover tabs (2 at each headlight) so that it is loose. 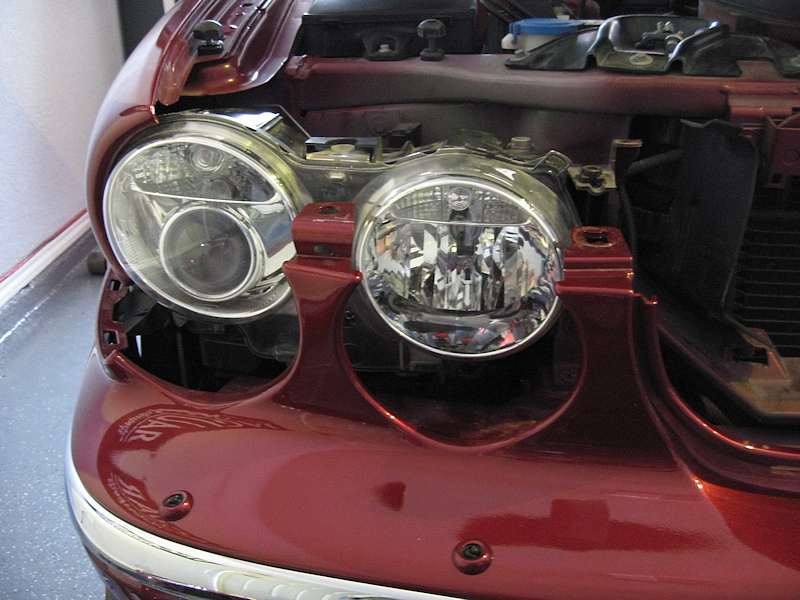 5. Pull the bumper cover away from the fender well but lifting slightling, and pulling hard outward. Its just a snap-lock type of fit. The cover can now slide forward just enough that you can get to all three bolts for the headlamp (one on top, two on the underside) and turn, twist, and squeeze it from the opening. When you have some space, reach down and lift the red 'tab' piece of the headlamps electrical connector first, then you can pull it free. That red piece is integral in 'locking' the connector to the rear of the lamp. Putting it back on, and pressing the red tab slides it further and seats it completely. 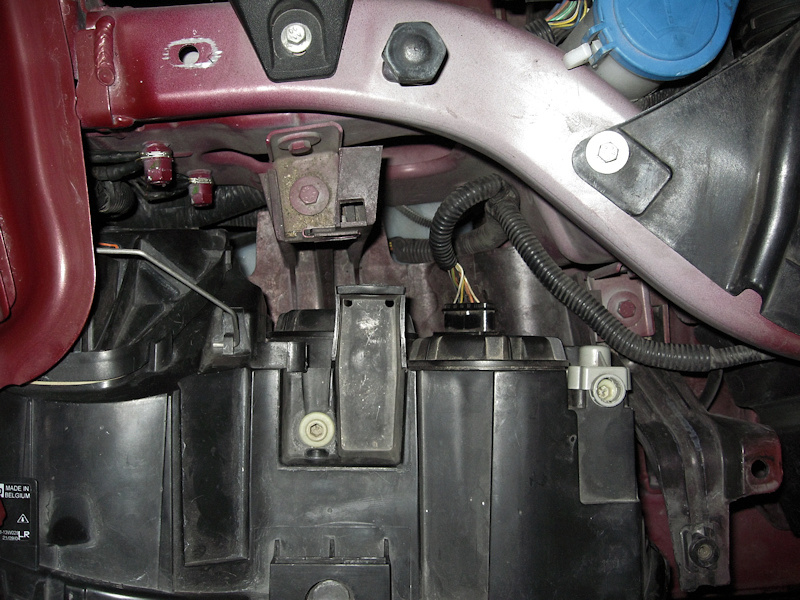 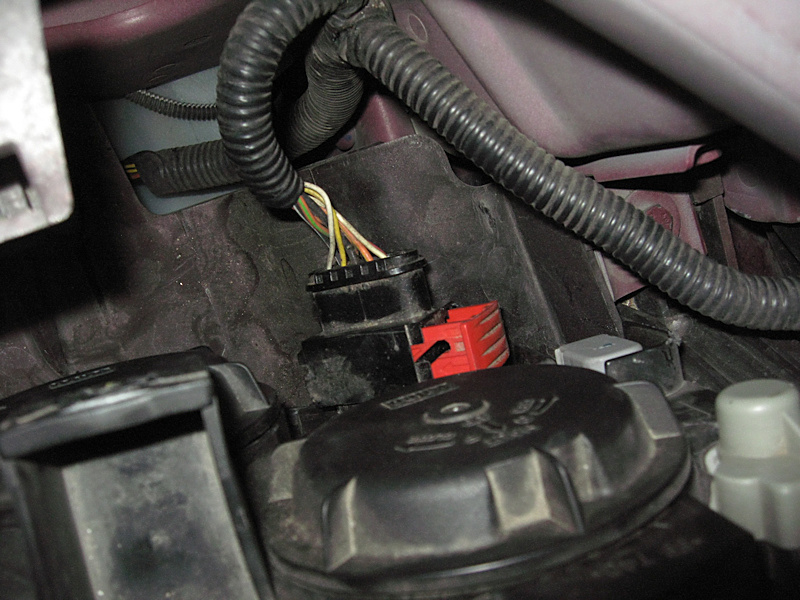 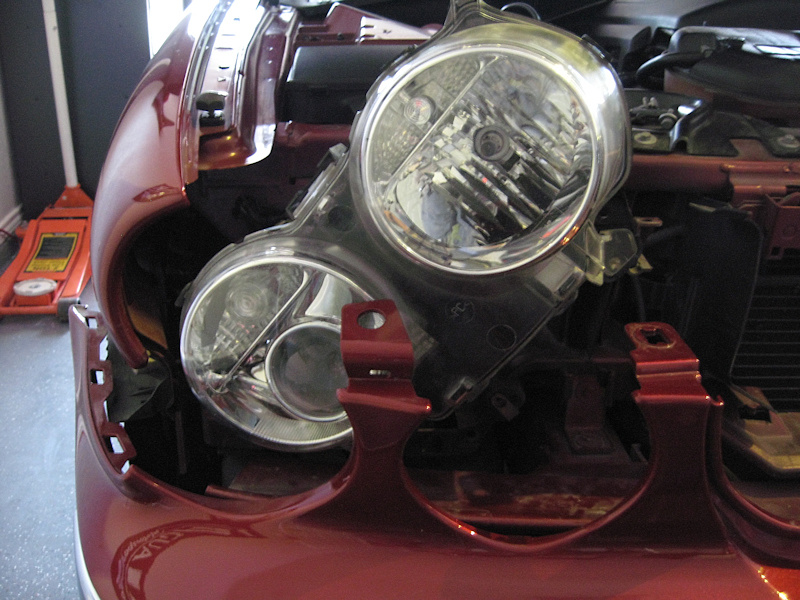 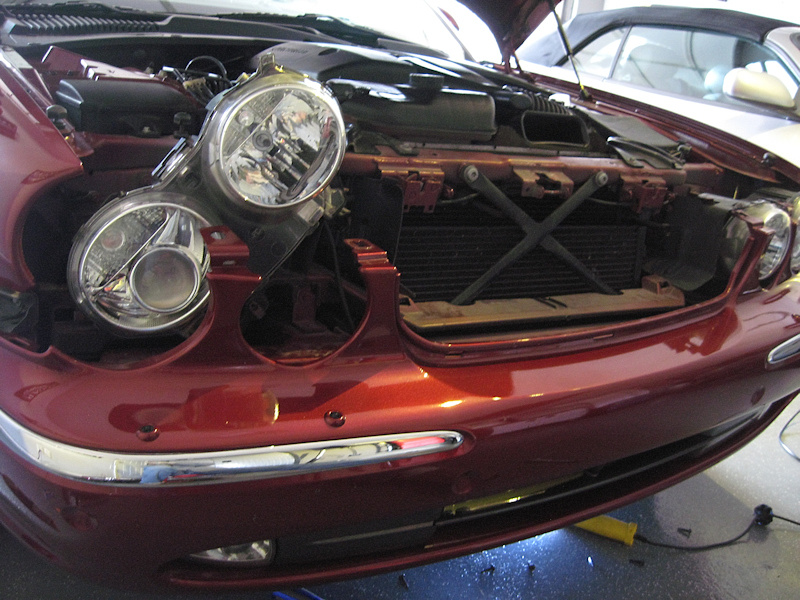 What do I find underneath my headlamp? A 12-pin LAD5G.

Guess that VIN cutoff information isn't correct after all. 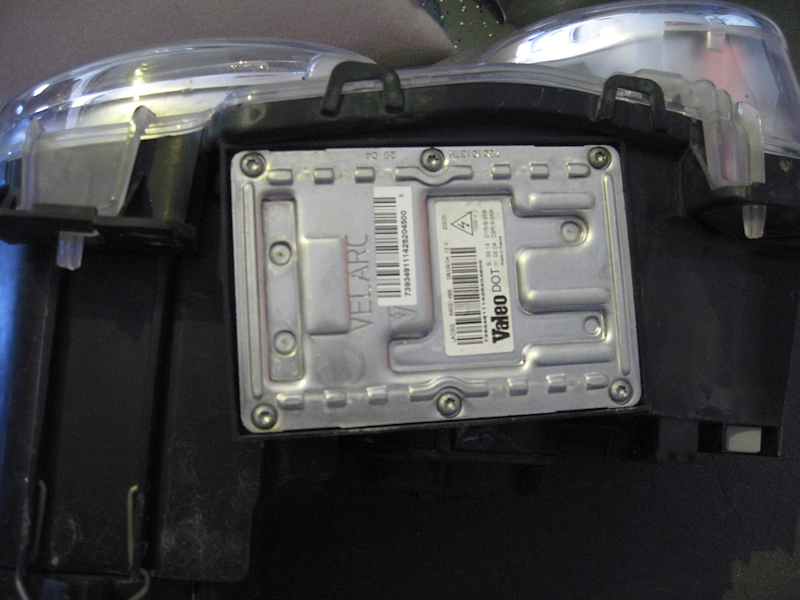 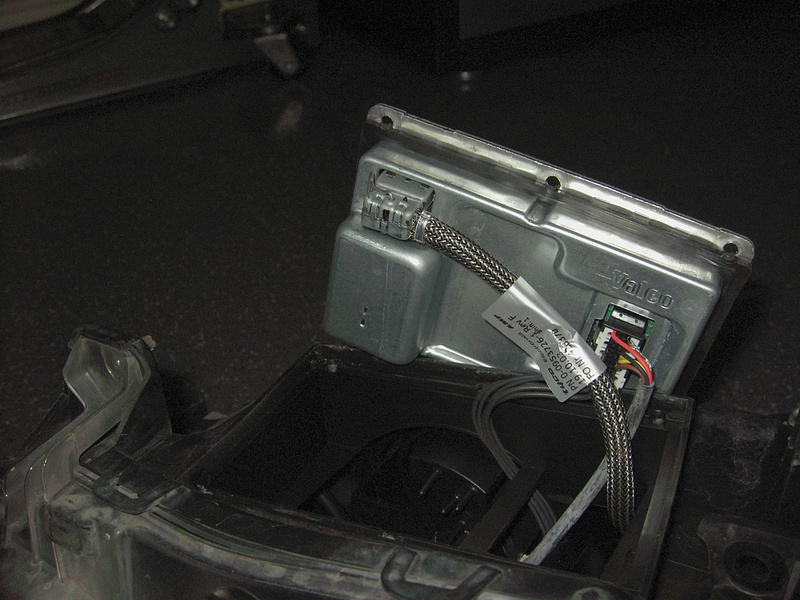 You'll notice that there are several wires still on this 12-pin, and another connector lay unused in the housting. No idea what that was for, and after I completed my little conversion, all functions still work. 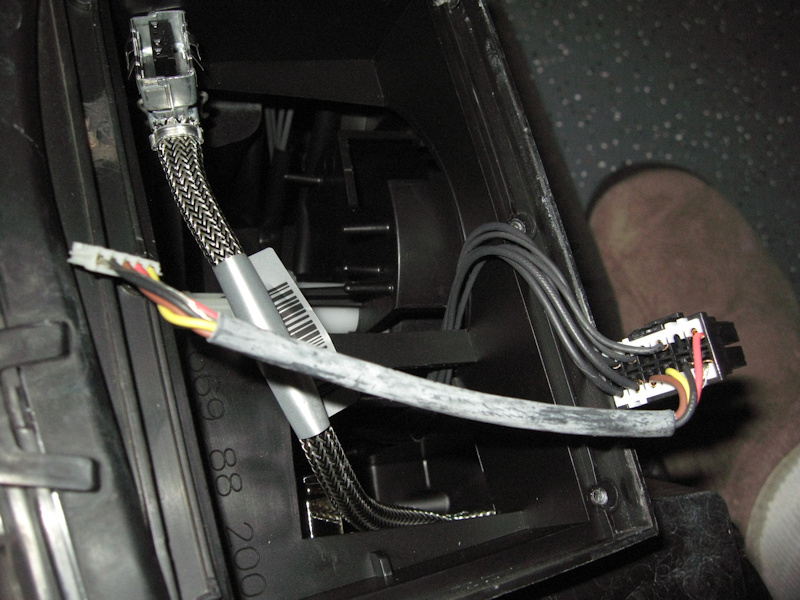 I took a week to ponder on it, and google some other's similar experiences, I found a thread in the Audi forums that described how to use the newer LAD5GL ballast on an older Audi that originally uses the older ballast and has a 12-pin harness. The trick is to know that the vehicle doesn't use the other pins in that harness to control something of the ballast, and those extra 4 wires of that unused skinny connector aren't attached to something else. Perhaps such as the automatic leveling in my xk8 (which I know has the 12-pin ballasts) I'm not sure that this 'conversion' would work on it, and I hope I don't have to find out, my lights ware fine on that car.

Our x350, however, uses the air suspension to provide the 'headlight' leveling, so I was willing to try this same conversion that the BMW and Audi owners were successfully completing.

The cheapest, and most destructive option, is to cut apart the 12-pin plug so that it ends up the same 4-pin plug needed on the new LAD5GL ballast. It can be done, but I didn't like that approach. So, I wanted a 12-pin to 4-in adapter, and found it here on ebay - $30 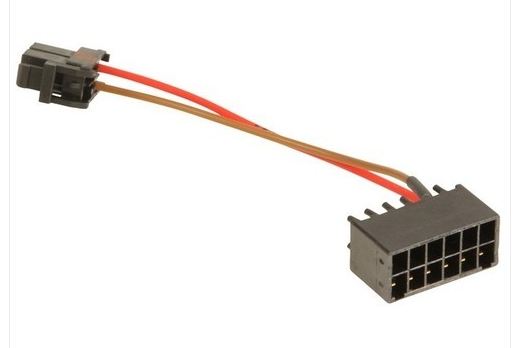 My only concern was making sure the +12V and ground were correct from our harness as the audi's. The 4-pin side obviously was confirmed to work on the LAD5GL already. Connectors matched up perfectly. 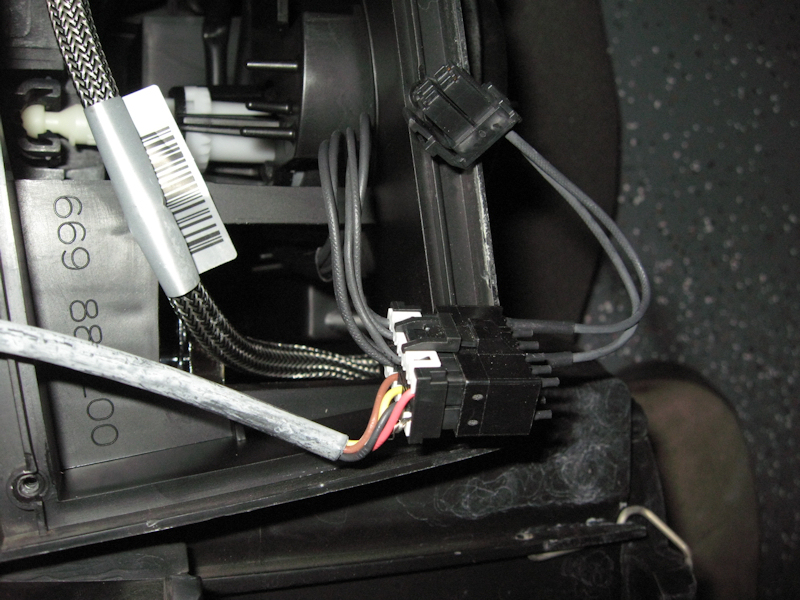 After I had the headlamp out, I checked the pins of the headlamp harness with my voltmeter, and the locations for +12v and ground were exactly where they were supposed to be using this connector; I didn't have to jack with this adapter at all!! 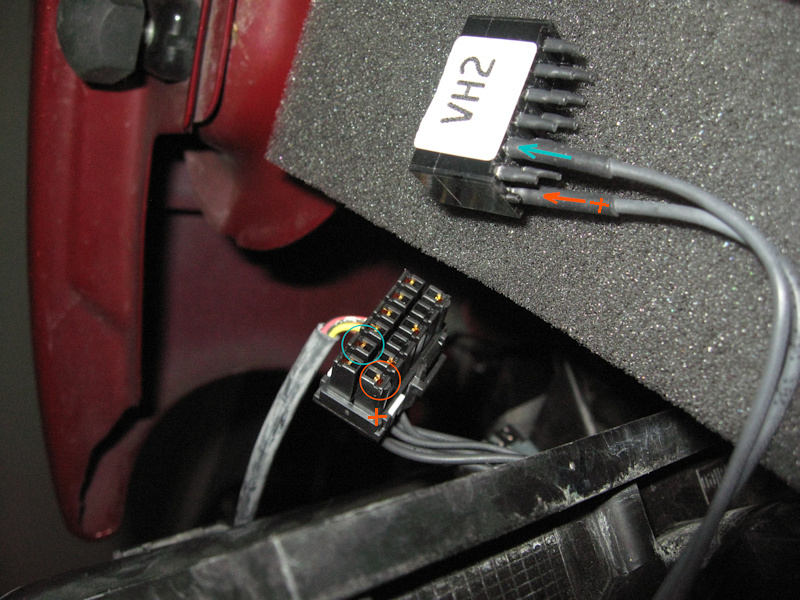 Be sure to transfer the gasket carefully from the old unit to the new one. Dimensions are the same, it fit perfect in the old spot in the housing. 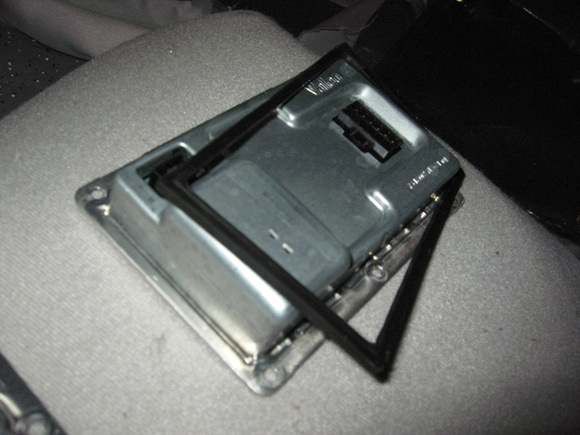 Plugged it into the car (lamp not put back in yet, obviously to test) 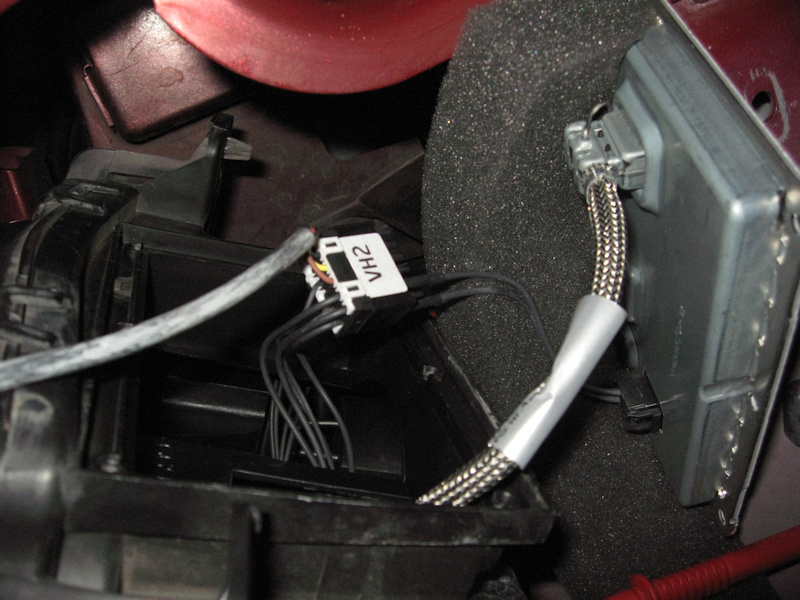 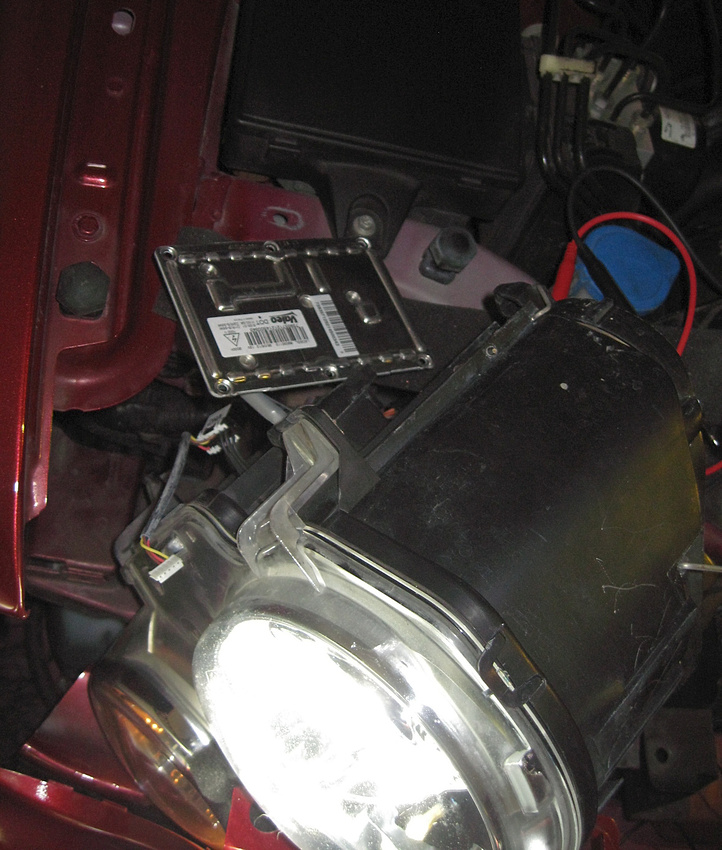 Total spent - $150, a savings of $100 over the original 12-pin LAD5G would have cost me. If I notice anything weird at all as a result of this little project, I'll definitely let everyone know and update this thread. But, I'm pretty confident this fix is permanent, and no other systems were harmed in the process.