I bought my 98 Tj SE dirt cheap. I knew there were some rust issues with the frame when I bought it but hey it was cheap.

The first time I took it to the trails around here I tore the rear UCA's off the frame... 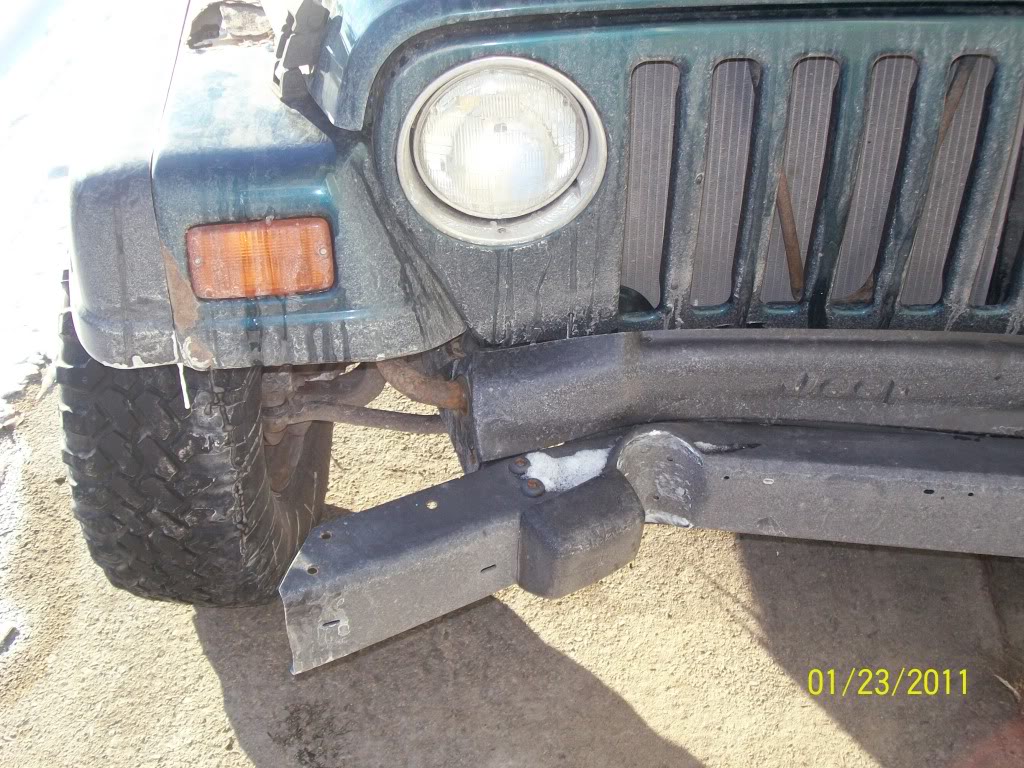 It also pushed the tub forward on the frame- 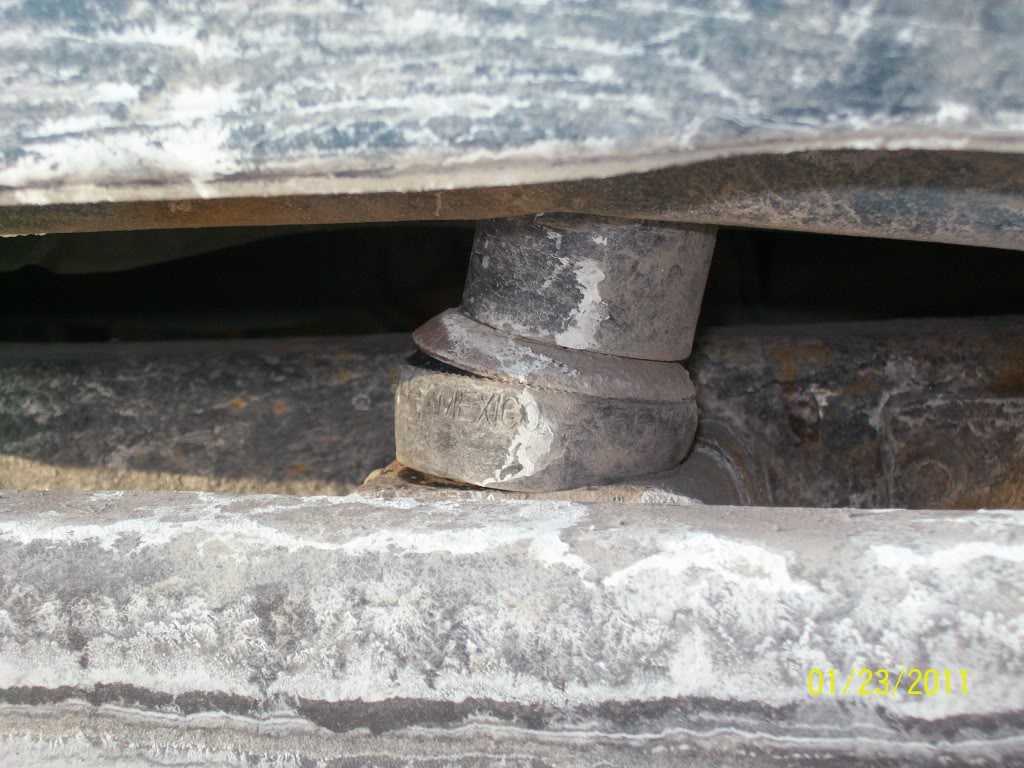 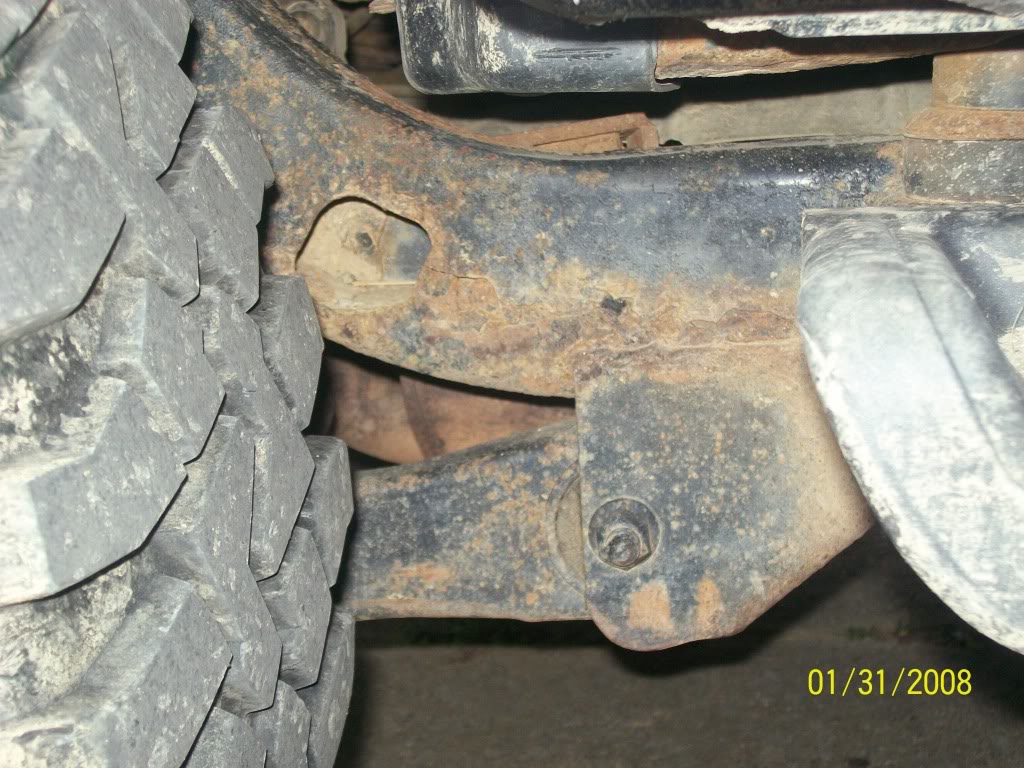 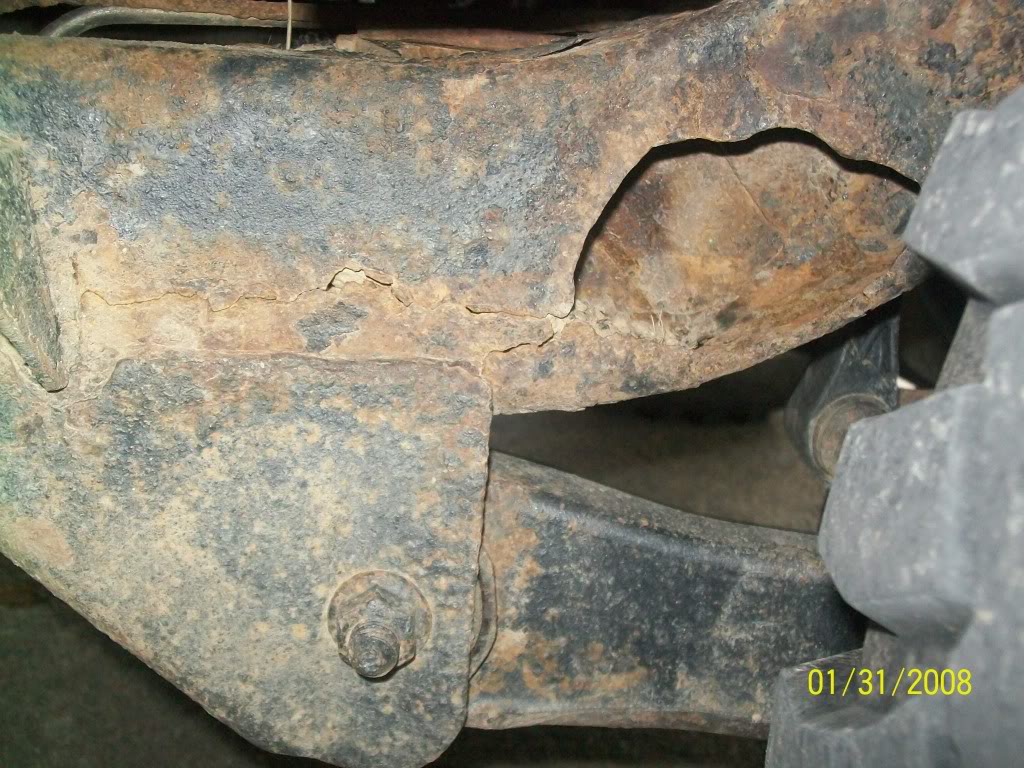 I was just gonna plate it and wheel but I found a frame on the classifieds on here for $125 that was in a wreck and "bent" so I went to Richmond Va. to get it.

I ended up comming home with a frame, a set of 5 gamblers, a spare bracket and a OEM fenderfor $225. I took the frame to an collision repair shop and had it measured to see how bent it was. Turns out it was only off 2mm!!! 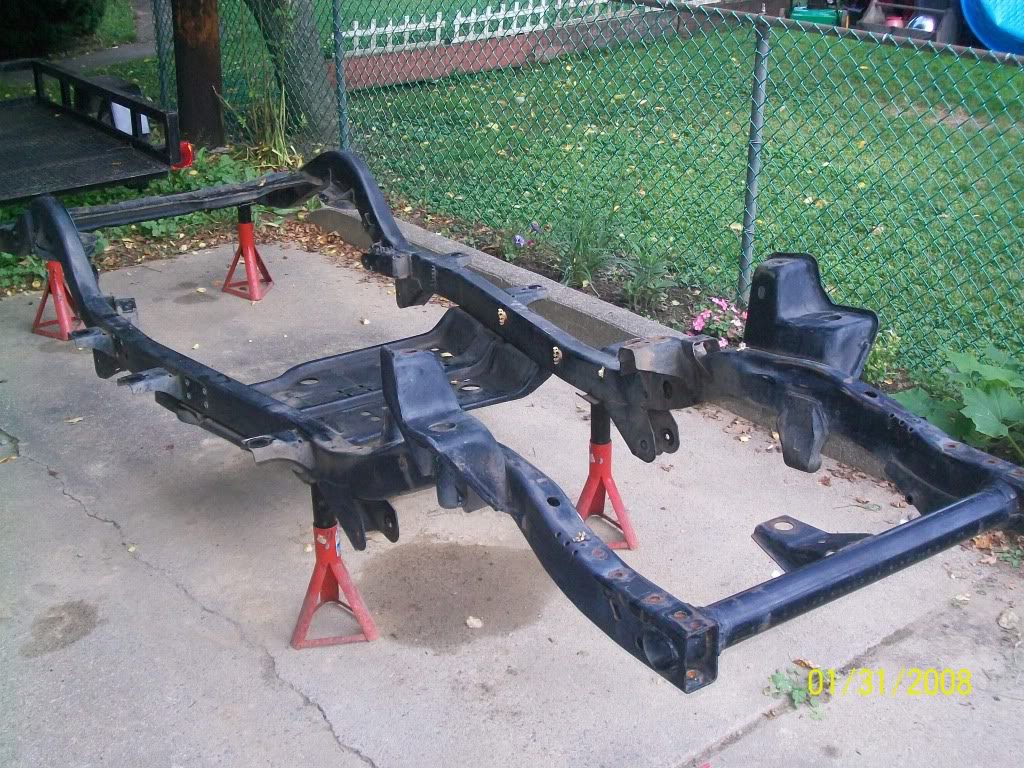 Then I reinforced the rear UCA mounts with some 1/8" plate and then painted the frame with Chassis Saver. 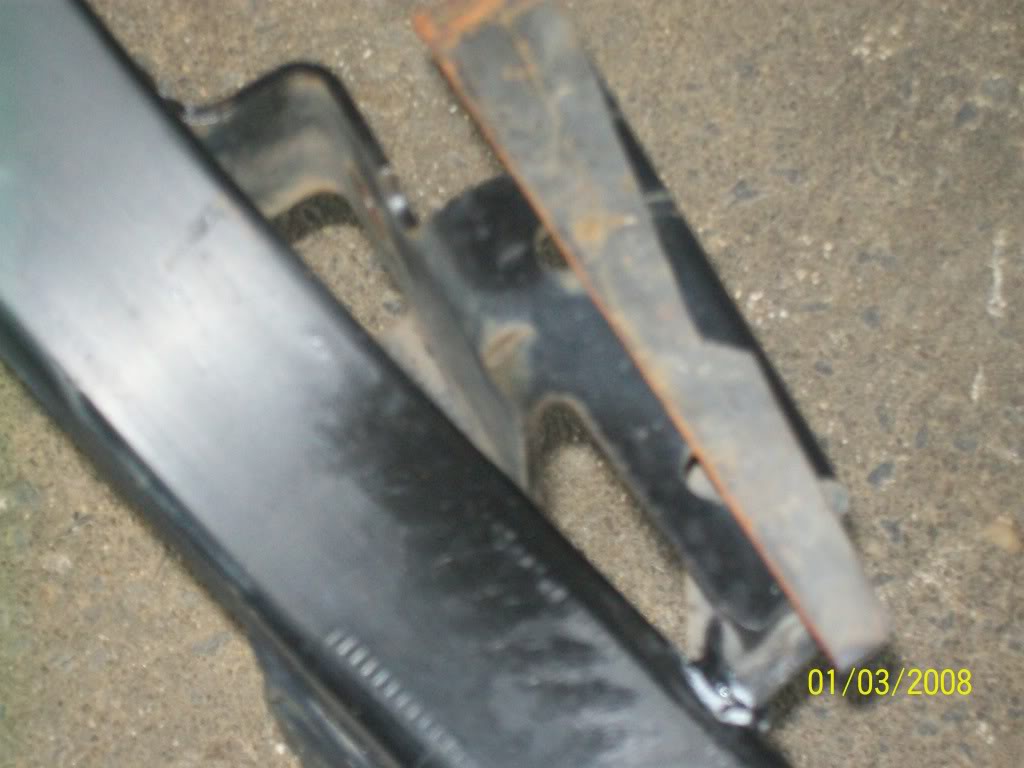 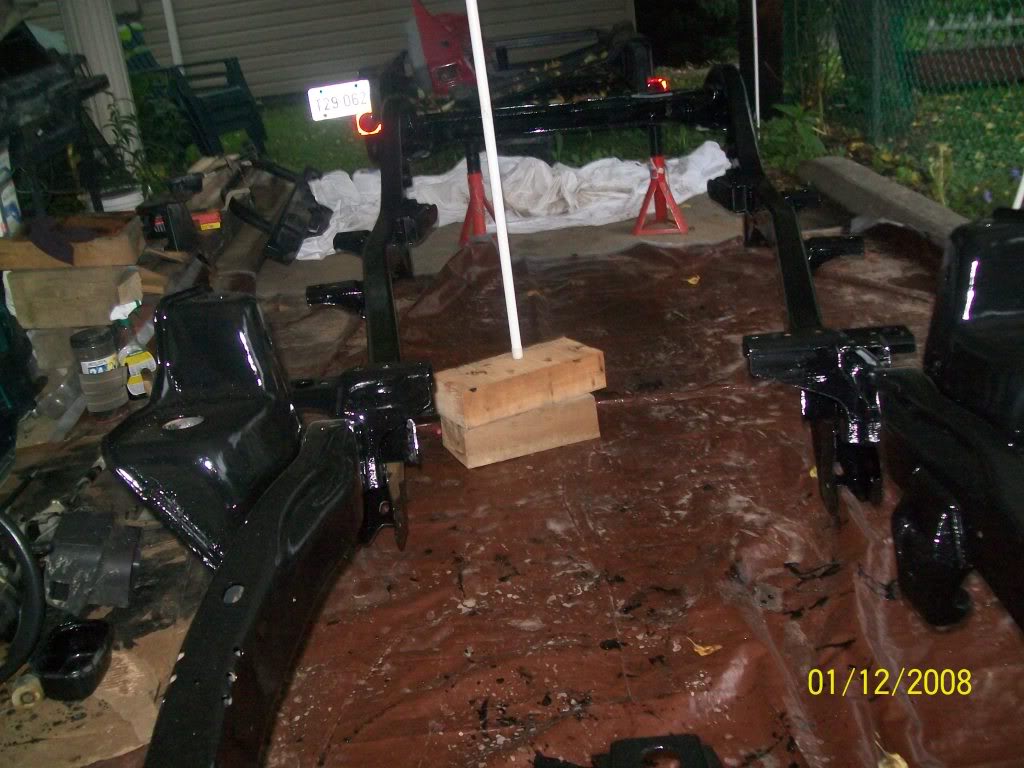 I had an 11 day vacation comming up and wanted to swap the frame then, so I went to my cousins and barrowed this- 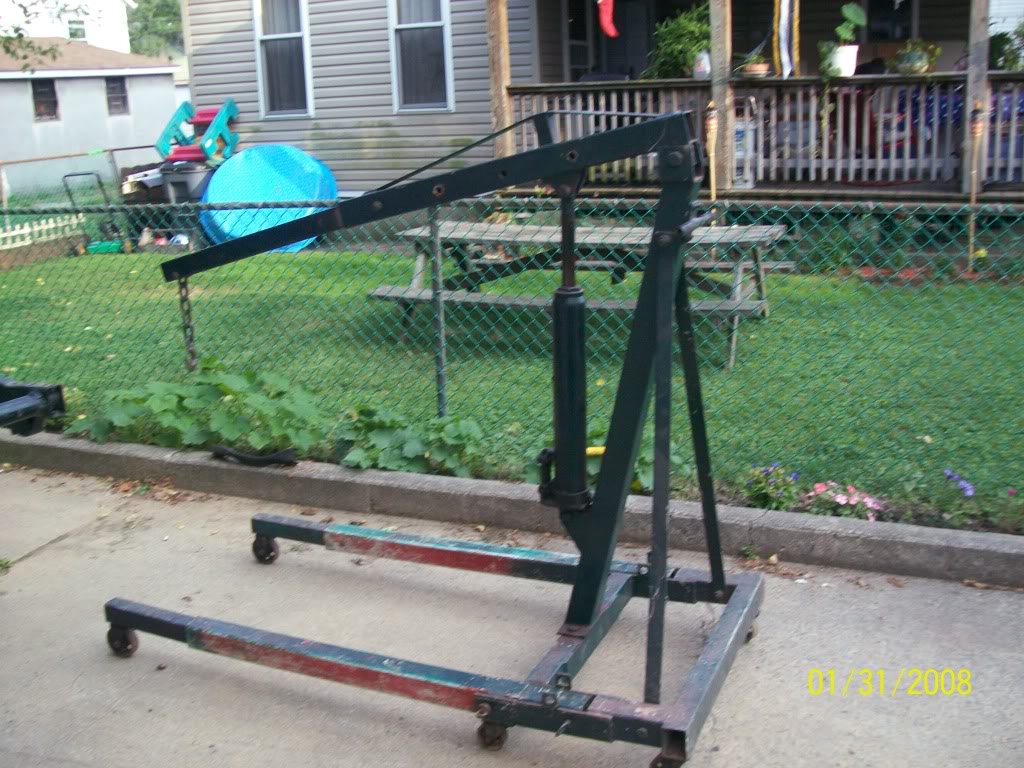 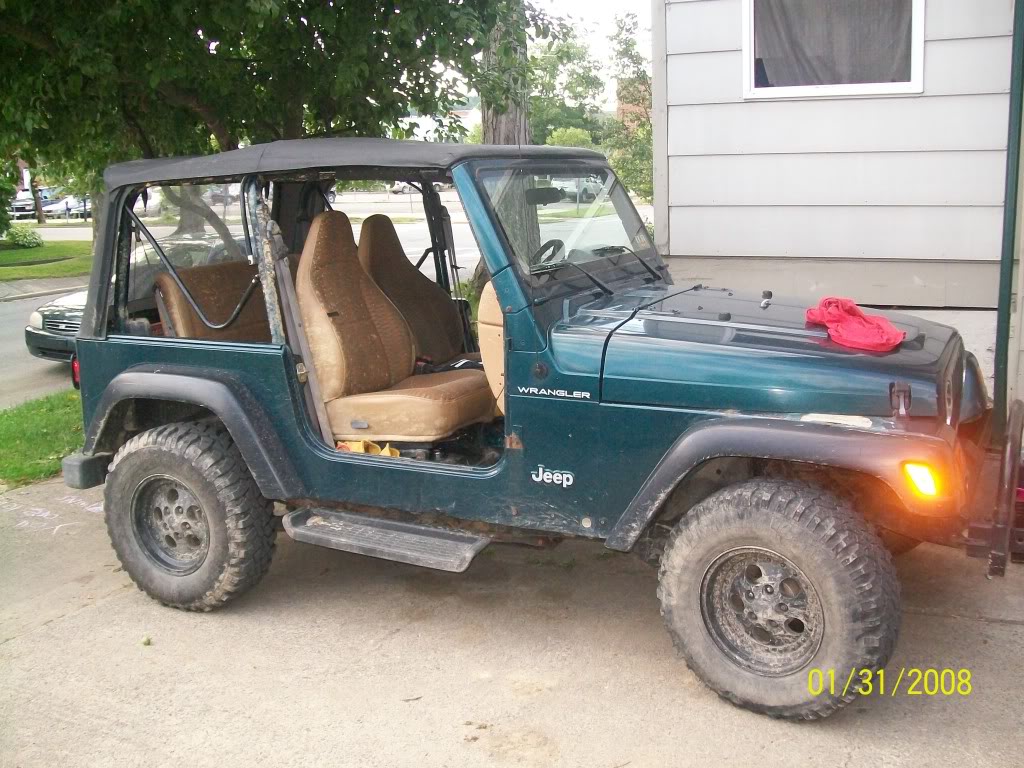 Then the tear down began. I got off work on a Friday and in 3 hours by myself here's how it set- 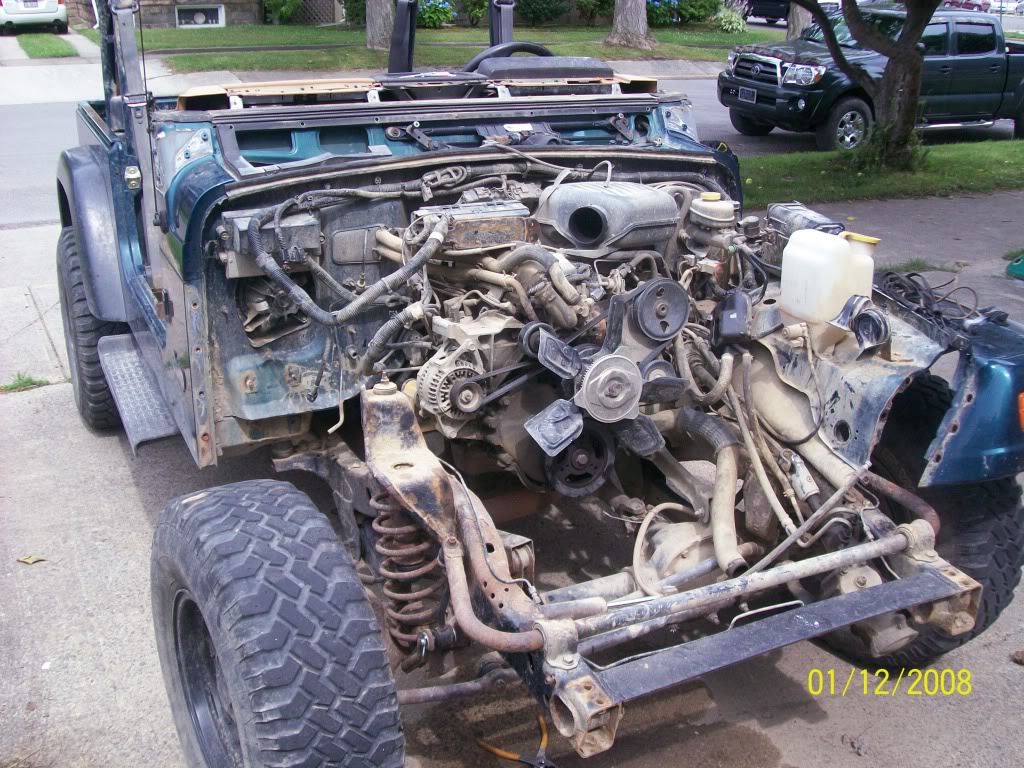 Then I unbolted the tub and lifted off with the engine hoist. ****NOTE-Even with the tub stripped of most everything it was still too much for the engine hoist. I ended up having to call my old man over and have him steady the tub while I lifted it off and then pushed the hoist over/away from the old frame. 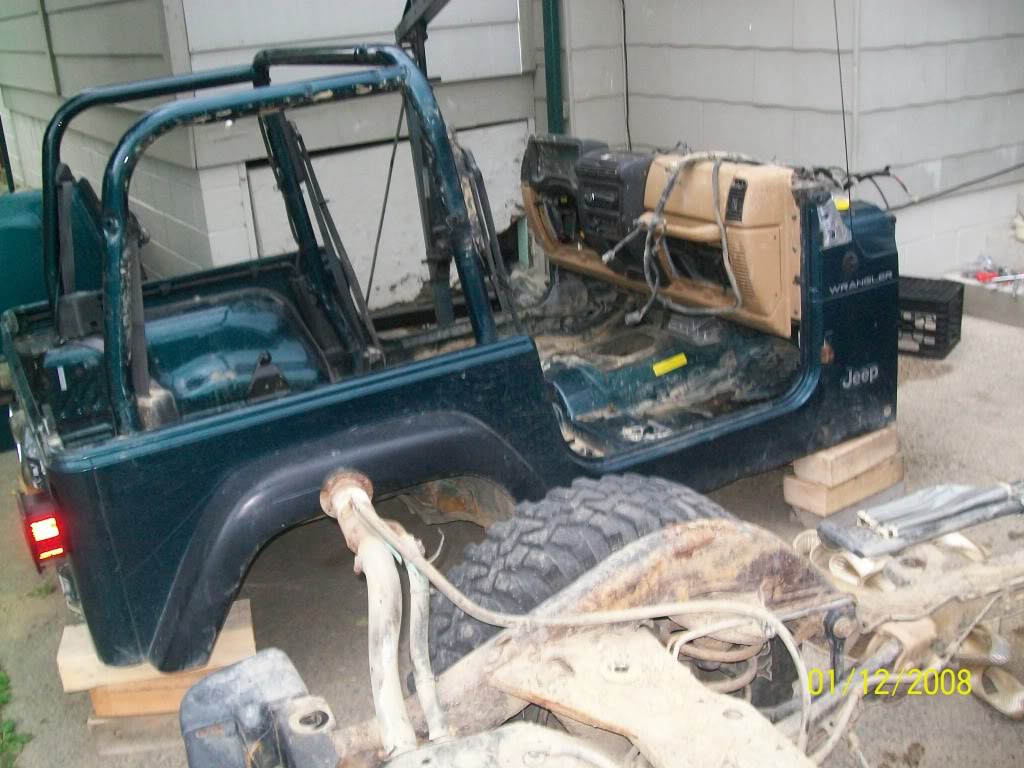 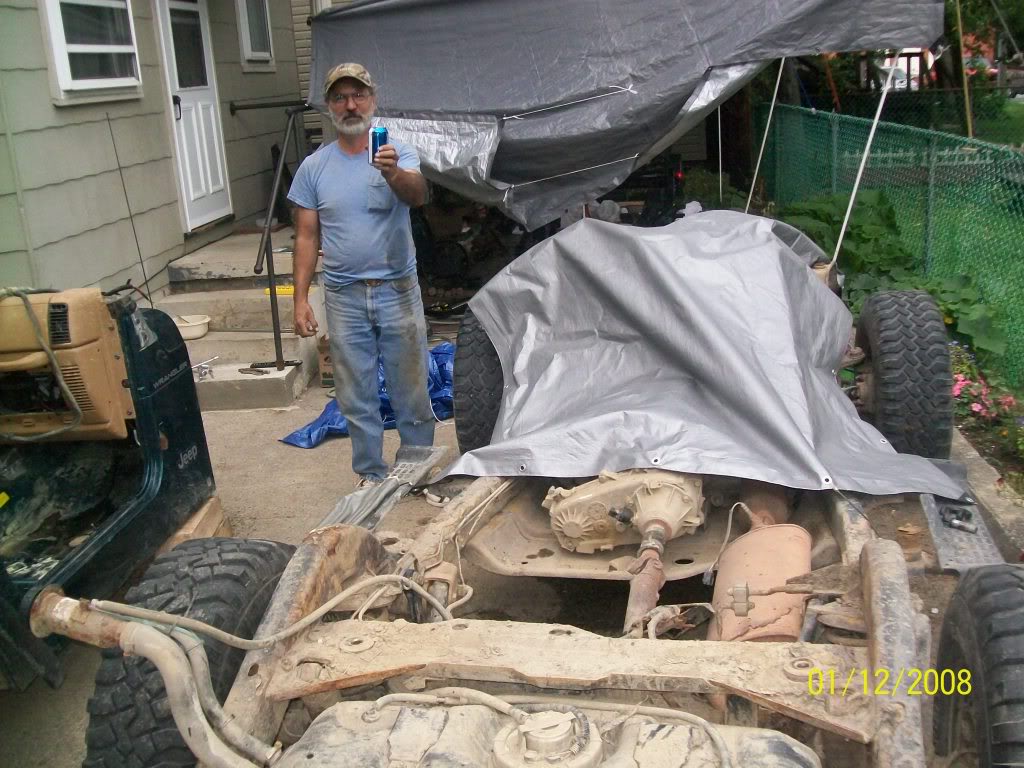 It took the rest of the day to get the rear trac bar frame side bolt/bushing out...

Then I took the axles off the old frame and swapped em to the new frame. I also added a set of RCX 2.5" progressive springs, a pair of 3/4" daystar spacers to the front, and Skyjacker Hydro shocks(for a 4" lift) to the new frame at that time. In the rear I used the Tera Rear Upper Shock Relocation Brackets so the longer shocks would fit. Also put a Ranch SS on too. 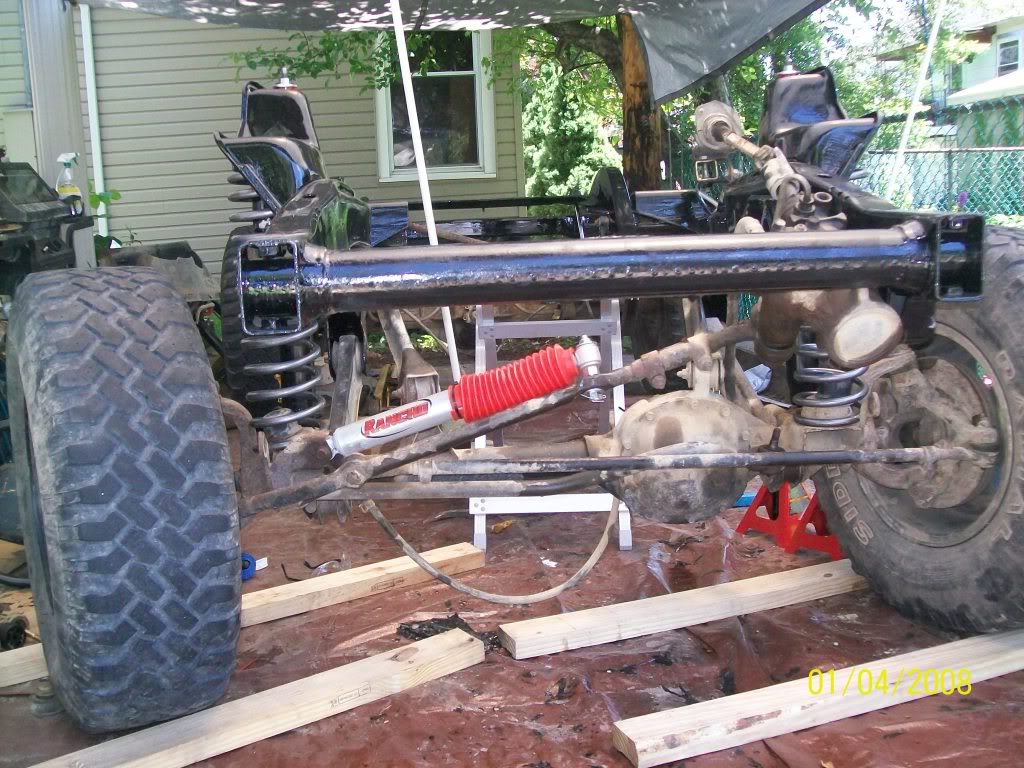 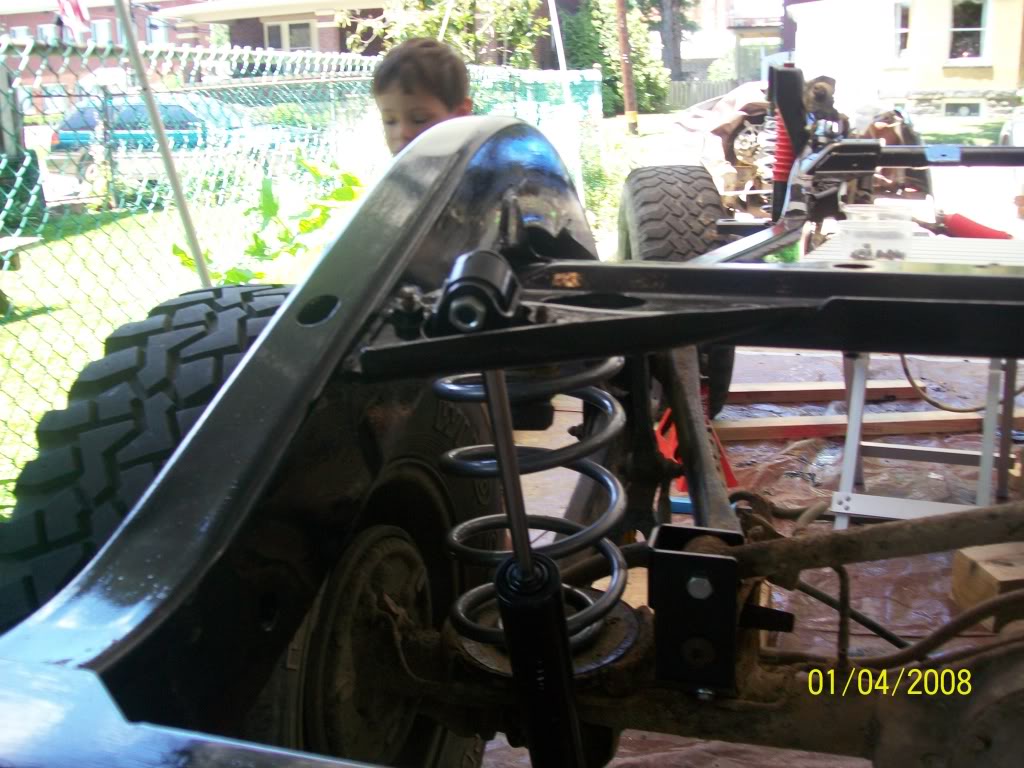 And I cant seem to do anything without my 5yr old helping me. He keeps it interesting 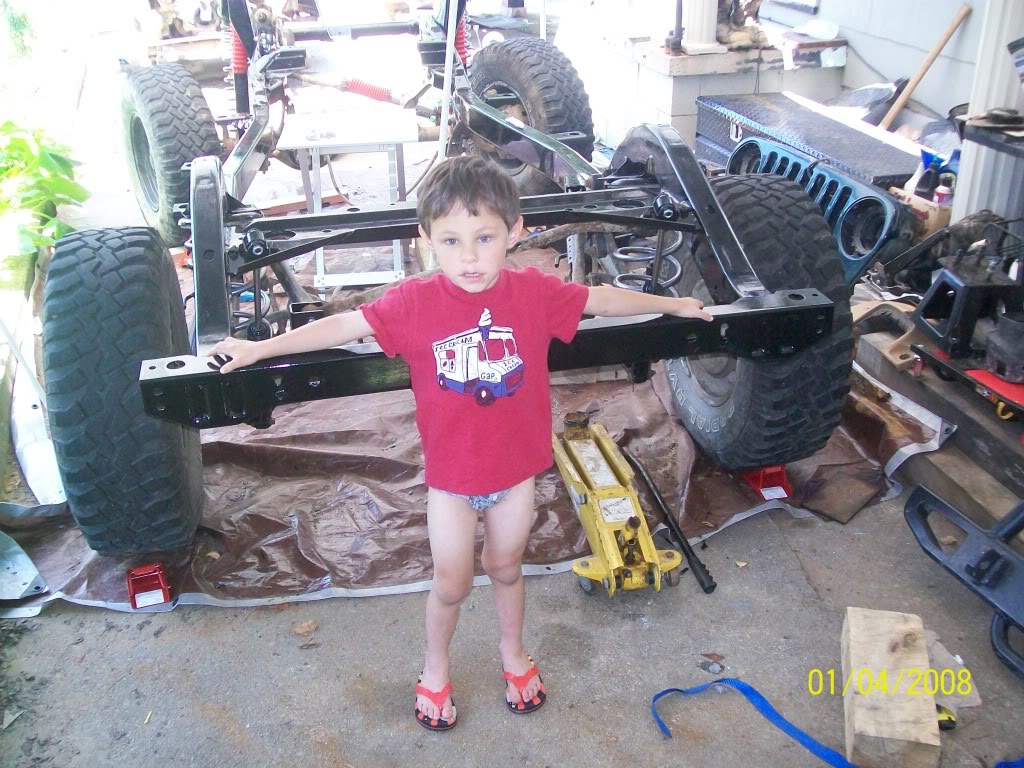