In the process of updating

I figured I'd start a build thread for a few reasons.

1. Keep track of my upgrades/maintenance.

In the summer of '11, I decided to get the Jeep I really wanted. Misty, the 2006 Unlimited Rubicon! 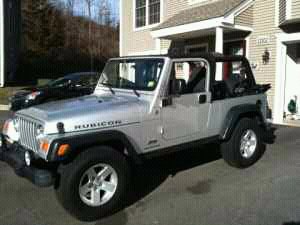 So this is where I'll be starting this build.

And this is where she sits today. 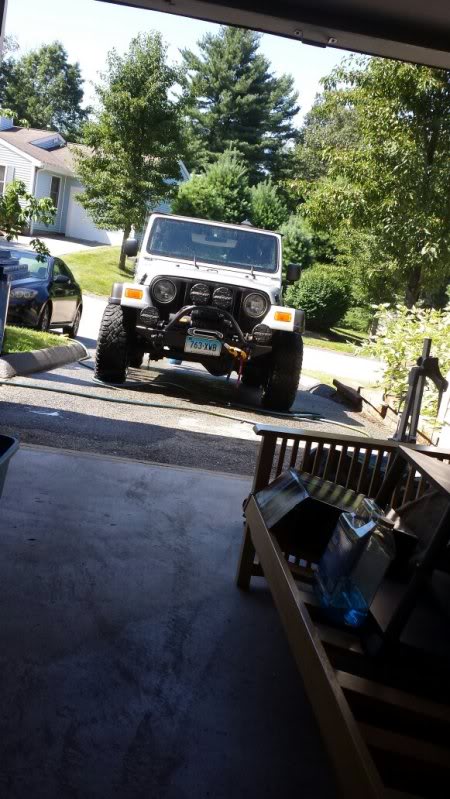 · A to Z Fabrication sliders

Have, still need to be installed:

I'll start off with a little background. When I was 16, my dad and I split the cost of my first Jeep. I learned to drive stick on my '97 Wrangler Sport. Bought it with a 4" suspension lift and 33s. 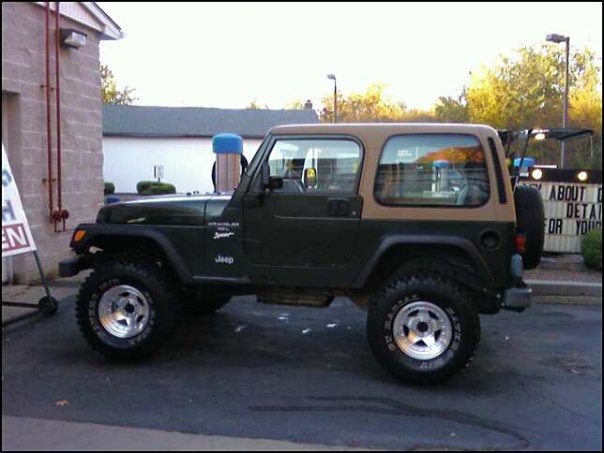 I used and abused this Jeep offroad, running into trees, mud pits, the works.

I had a lot of fun with it, but being in high school at the time working part time at an ice cream shop, I simply couldn't afford gas at $4.50/gallon.

Sold the Jeep to buy a 2000 Maxima 5spd. Quick car, fun to drive, but I missed the Jeep. Moved to Alabama to go to school at Auburn University for a year, and then transferred back home to UConn. When I decided to start commuting, I bought another Wrangler! 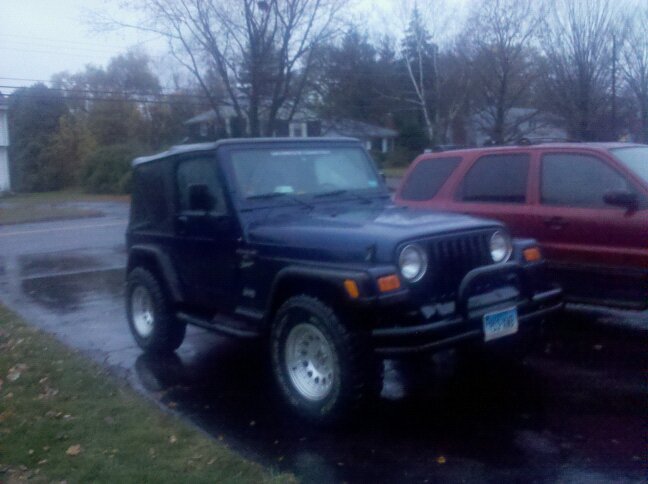 Bought it stock with around 182k miles on the odometer, planned to have it as a second vehicle. Plans never go as planned, and the transmission died in the Maxima so the Jeep was then a daily driver.

Got some Christmas spirit! 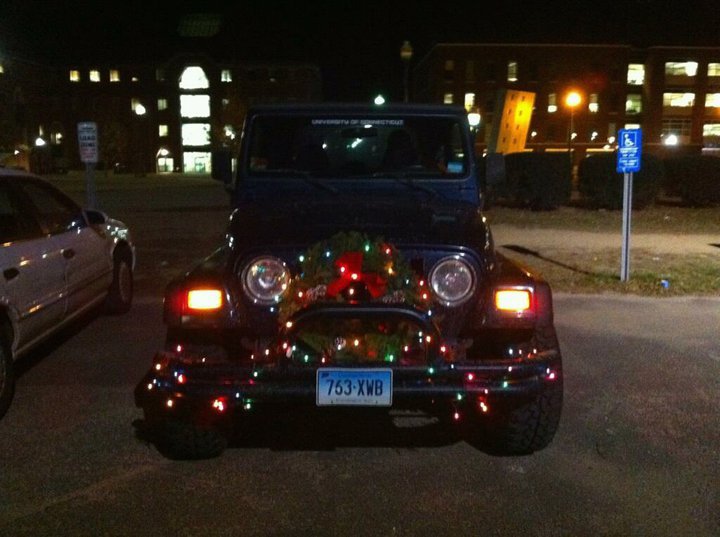 I had this Jeep for a year or two, put on a lot more miles, and finally sold it to a friend and bought Misty.

Well when I bought the Jeep, I knew already that there was an exhaust manifold leak. Unfortunately, being a college student and having a little more in payments than I could handle, I waited to replace the manifold until emissions were due. Unlimicon already had a Banks catback exhaust, so I ended up getting a set of Banks headers from quadratec. Naturally, installation never goes as smoothly as you'd like, so it took a few hours longer when I didn't realign the intake manifold correctly and put the gig back together.

Since I had waited too long, the crack in the manifold to deteriorate the precats, which clogged the main catalytic converter. Breaking down on the Mass pike is not fun, even with AAA, at 9pm on a Sunday night. After waiting at a rest stop for an hour for the tow truck, I learn that he is affiliated with the pike, and can only drive me off the pike. Now it's 10:30, and he finally gets me to his shop and tells me I can go ahead and call the next tow truck.. What? I had to get a separate tow truck to being me back home. I finally get home around 2am with work at 7am. Had to buy a new catalytic converter assembly, but being the cheap guy I am, I made the mistake of getting a low quality piece, which had welds that were too hot. The assembly broke at the hanger causing another leak. I was able to ride it out until I bought a new assembly, and luckily everything is great now!

The tires on the Jeep when I bought it were getting a bit bald, so I got a used set of tires for a great deal, but they were a bit small and lame... 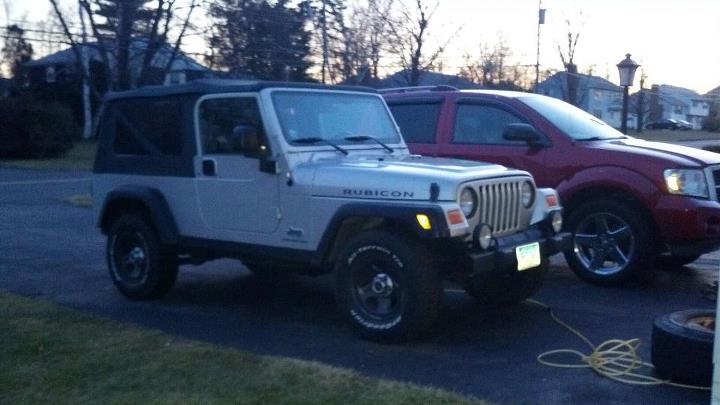 That summer, I decided to paint the headlight bezels as well. (kind of tough to tell) 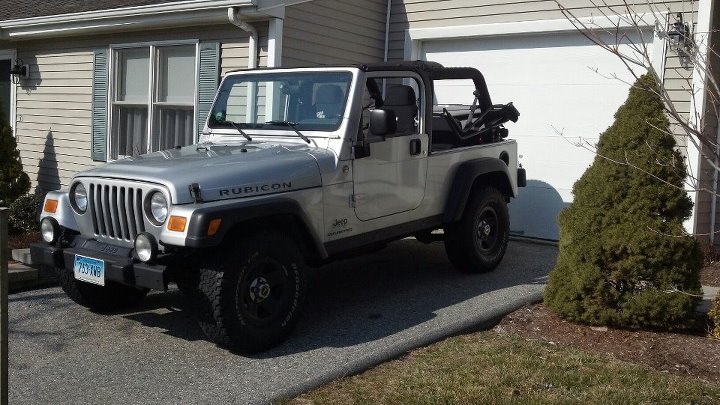 Next step was to paint the grille black! One of my favorite, cheapest upgrades. 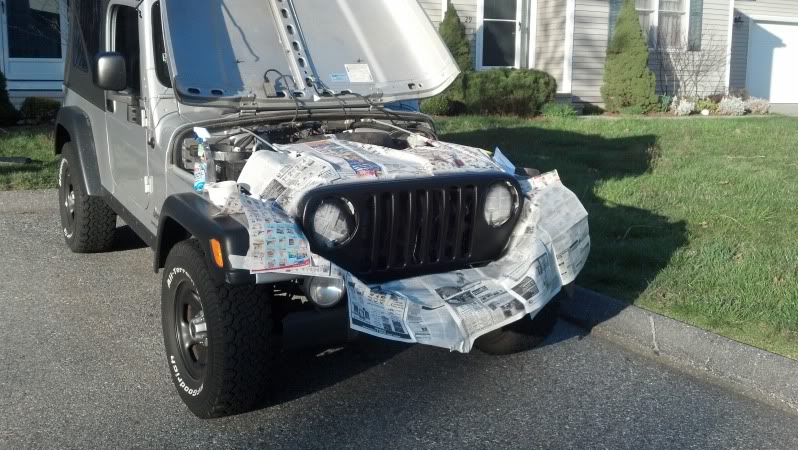 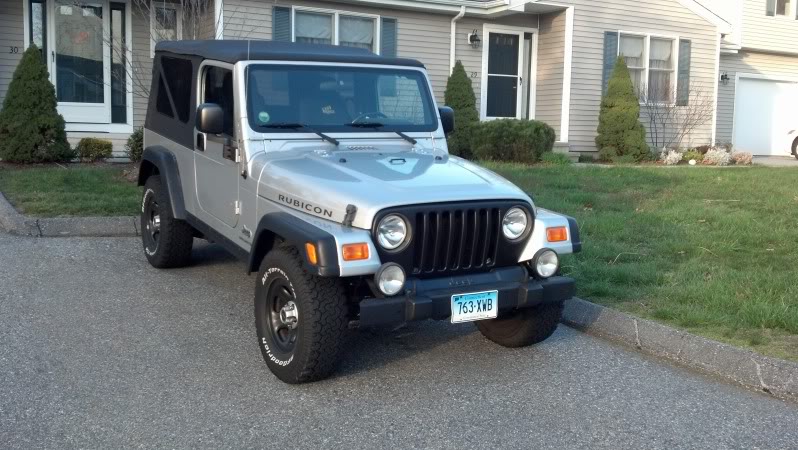 This past summer, I was able to get some better socks and shoes for Unlimicon, as she desperately needed them. 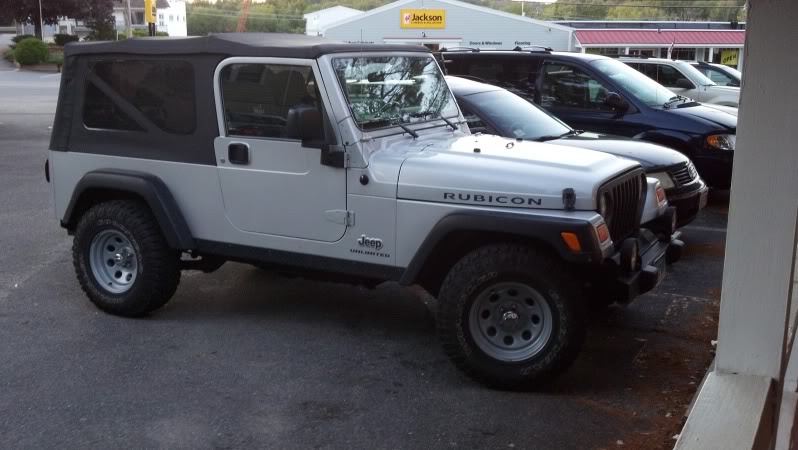 That is pretty much where she has been. Did a little bit of off-roading.. 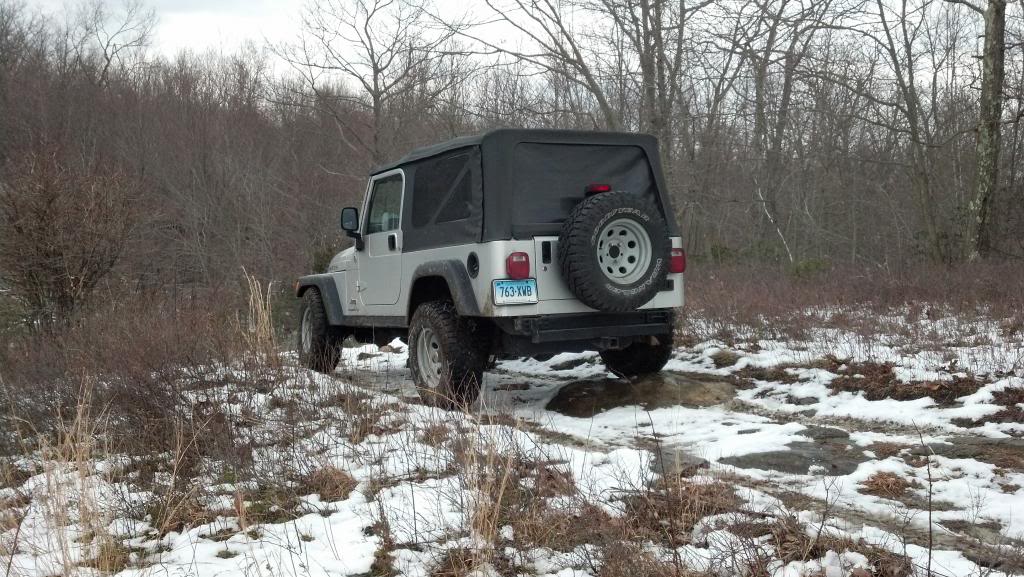 And lastly this past weekend, my friend and I had some fun during the blizzard.. 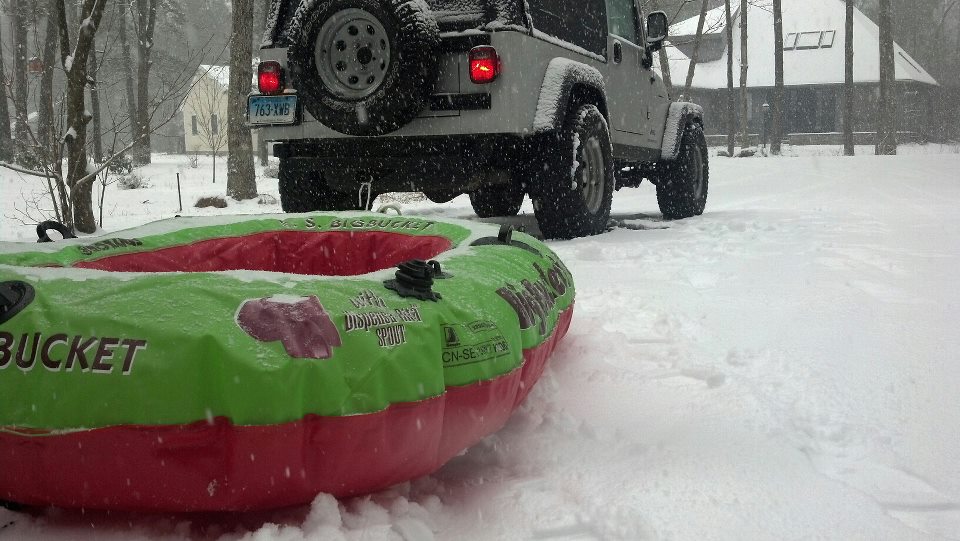 But not much fun digging her out.. 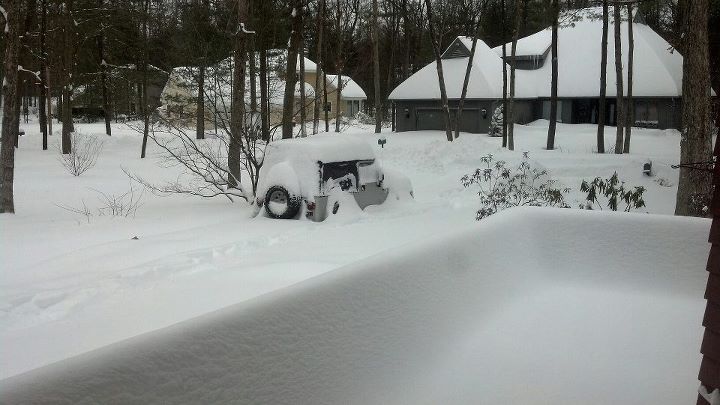 Well next up on my long list of plans will be seen after I get my tax return.

Mind you this isn't all being purchased with the tax return!

And then just general maintenance and beefing up the necessary components