It was September 2006 when a group of my friends caravaned to the Auburn, Indiana area for lunch and to visit a couple museums. Having some free time, I tagged along.

Behind the luxurious Auburn-Cord-Dusenberg museum is another one called NATMUS which features everyday cars I enjoy. Atop a counter in the gift shop was a well-worn piece of paper listing some cars for sale. One item caught my attention. It simply said, "1966 Lincoln, brown". Lincoln didn't offer brown that year, so that made me curious.

The curator was summoned and, with flashlight in hand, descended the stairway to the very damp, very mildewy lower level; essentially an underground garage badly in need of major dehumidifiers. There were no ceiling lights in the area and it was truly pitch black.

As we approached the car, the color started to become apparent. Holy cow, it was russet (aka emberglow). We got closer and I was very excited to see it was a coupe'. Finally, the interior was illuminated and, for Pete's sake, it had emberglow leather!

The car had sat in the wet storage area at least 11 years and the staff had not been able to start the car, although the engine was free. Evidently, a ceiling leak had dripped onto the car, leaving many mineral deposits. The roof was an incorrect heavily padded material with a '67 or later star on the C pillar. Otherwise, rather rust-free, except for a couple spots on the lower quarters. An oil change sticker showed a northern Kentucky business and the DSO was Cincinnati, Ohio.

I shot some pics and returned home -- not wanting to make any rash decisions. 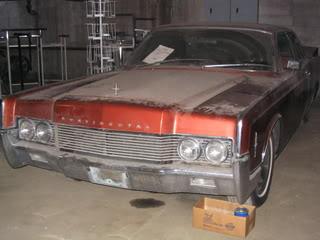 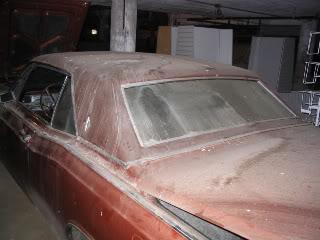 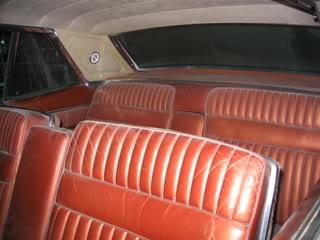 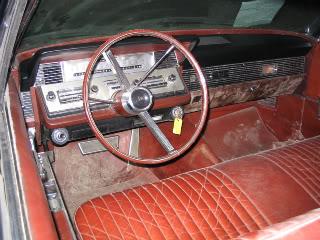