Bumpstops and Steering Kick Back

Observations and trying to relate cause to effect eventually lead to a solution. My purpose in starting this thread was to further explore suspension problems with the MX-5. My "second" observation was after lowering the car using the Eibach springs, the Bilstein Sports, the stock sways, and the stock bump stops. I noticed that the car's ride was OK as long as the road was fairly smooth, but when I ran into a really rough patch of asphalt, the car bottomed out on the bump stops and there was a lot of kick back in the steering wheel.

So what was happening? When you lower the car with a shorter and usually stiffer spring without shortening the bump stops, you are likely to hit them. In fact, you are guaranteed to hit them, and I believe most of you are without being aware of it. When they are hit, the spring rates increases dramatically which in turn produces an extremely harsh ride. But this isn't the worst of it. The harshness is telegraphed back through the steering giving the steering kick back. Incidentally, this problem has been identified as being caused by a change in toe or the car needing a more rigid FSTB. I believe both of these suggested causes are wrong.

Let's further explore this problem. When the car is lowered without modifications to the bumpstops, the compression stroke of the spring is shortened. Of course, the rebound is unaffected. When the bumpstops are modified or replaced with special ones (FCM), the compression stroke is increased allowing the spring to soak up the bump and the shock to fully control its movement. BTW, the situation is further aggravated by the softness of the Bilsteins.

So what was my first observation? With the stock suspension, I often noticed a sort of jiggle in the steering which I initially blamed on the Precedas. I thought they made the car trammel. I got rid of them at 10K miles not because of the jiggle but because I almost slid off the road with them. What absolute crap! Upon refelection, the jiggle may have been the result of the suspension occassionally hiting the BS creating the movement in the steering. I also suspect that Mazda was forced to make the ride height ridiculously high to allow the suspension as much travel as possible with the very soft Bilstein Sports.

So what's the situation with the RB springs and the stock BS with the Bilsteins? Well the ride was OK most of the time except when the road got rough. And when that happened, I got the steering kick back and the ride deteriorated at the same time. The conclusion is that the Bilstein Sports and the stock BS can only be used with the stock springs. If you decide to use the Sports with any other spring such as the Eibach/MS or the RB as I am, you must modify or replace the stock BS. The same holds if you use the Konis, since they also lower the car.

Notice that I stuck with the Sport Bilsteins doing the Eibach/MS and RB spring replacements. I was reluctant to replace them, because the monotube design of the Bilsteins is far superior to the twin-tube design of the Konis or Tokicos. I could have gone with the Bilstein HD, but upon doing some investigation, the ride would have been too harsh with them. One must remember my goal was a comfortable street ride with a minimum amount of lowering. However, I did talk with FCM, and they informed me that they could take the HDs and revalve them for the RB springs. Including the new shocks, it would cost around a grand, but it would be worth it to acheive the perfect ride (for me).

So I installed the FCM BS using the RB springs, Bilstein Sports, and stock sways, and guess what? The car has the look I want (due to the minimum drop), and the ride is comfortable without any steering kick back! Finally I have to tally up my costs. If I had gone directly to this configuration, my costs would have been $185 (RB Springs) + $90 (FCM BS) + shipping. Not to shabby. Unfortunately, I lost about $60 on the Eibach Springs when I sold them, and I lost the shipping charges (to & from TR) for the Eibach Coilovers. Except for my time, my labor was free (I did 4 tear downs).

One last note with regards to suspension mods. I regard coilovers, at least the cheap ones (less than a couple of grand), as a complete waste of money. First, at their minimum drop, they lower the car too much. Next the ride height and spring pre-tension are adjusted together (one set of collars). A proper set of coilovers should allow the car to keep its stock ride height and preserve the full stroke of the shock on compression & rebound. This requires being able to adjust the length of the body of the shock separately from spring pretension. An example would be the JIC Magic Coilovers or the Ohlins.

One last note regarding the Greddy Muffler. Initially there was some popping noises, but after a few miles they disappeared. I suppose the muffler "broke in" so to speak?

Now finally the Batmobile is properly setup and my crime fighting partner Robin and I can comfortably patrol Gotham City (see pics)! 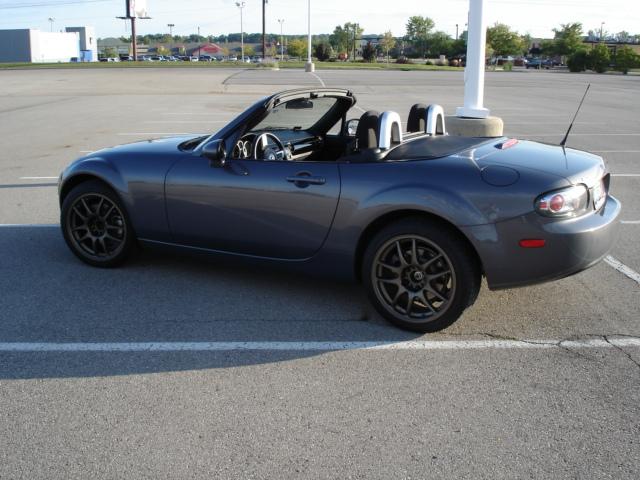 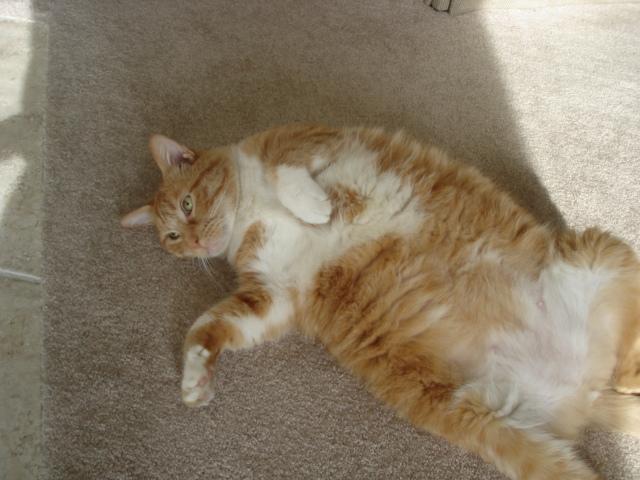 I don't recommend fooling with the stock bumpstocks. I hate to see the sight of blood. But it's your blood. The FCM are the way to go. Yo can afford a miserable hundred bucks can't you?