So, I have a 1964 Midget MkI that is not in working condition at the moment(engine is seized), and i have recently acquired a 1990 Mazda Miata with the engine from a '93 and transmission from a '94 which runs perfectly. I am fairly new in the automotive field, and started taking classes at Wyotech in August. I was wondering if i should try to return the Midget to the original condition to preserve the classic nature, or if I should, for lack of a better word, 'upgrade' with the Miata components to have a more modern vehicle with a vintage look? My budget is fairly low, somewhere in the 4-6k range, but I'm not expecting an award winner, just a head-turning daily driver. Any suggestions for a rookie? 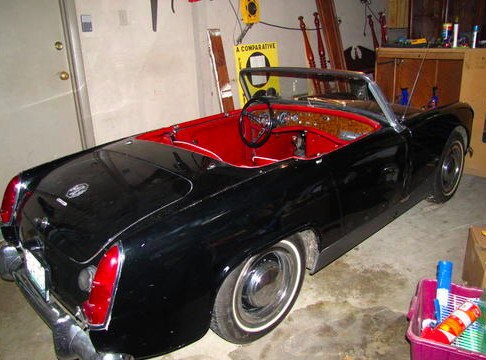 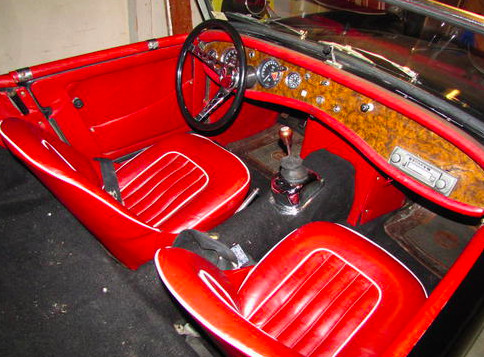 Thanks for all the input guys! I'm in Wyoming now, and i won't be bringing it from Missouri until late november, so theres still some time to play with ideas. I really am leaning towards the idea of keeping it original, but i don't know where to start. I'd like to make a general game plan of what to do so that i'm not overwhelmed at the start. Suggestions? Comments?

It's a fairly new piece to me. I bought it about 6 months ago from a gut who had it sit in his garage for a few years. He told me the engine was locked up, so i had it trailered to my garage where its been ever since. Don't know anything about its history other than it sat in a garage for a while...

I really appreciate all the feedback folks. It has helped to round up some of the many ideas i have running around in my head. If i were to keep the 1098cc, is there some kind of a rebuilt kit, or am i off to pick through scrapyards? And for the 1257cc, would there be much modification needed? Will the 1098 tranny fit the 1275, or will i need a new one? I'll probably have pictures of the engine compartment as-is later today

Scratch that last. I've decided to rebuild the 1098 that is already there to preserve originality. Probably be a bit less hefty on the wallet as well.