1. Take off shift knob by unscrewing it counterclockwise. 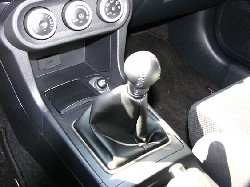 2. Open center arm rest console. Under it will be an area that you can pull on to take apart the first part of the center console. This will take a little of elbow grease to get it to pop off the first time. Be careful not to break any tabs along the way. 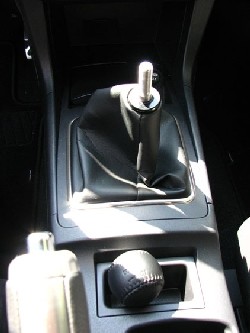 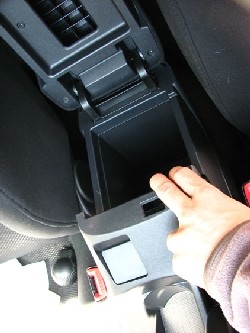 4. Next you will now see two screws holding the shift knob / ash tray / lighter assembly in place. Go ahead and remove these two screws with a Phillips screwdriver. 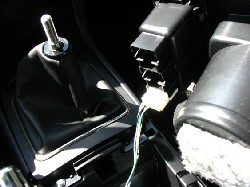 5. After you have removed the screws, gently lift up on the shift assembly. This should be a lot easier than the first piece you pulled out. 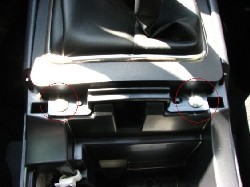 6. Next unplug the cigarette adaptor cable. 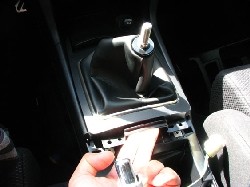 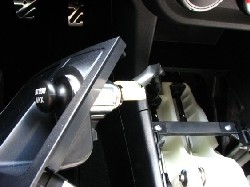 8. Next flip the shift knob / ash tray / lighter assembly over and unscrew the four screws and remove the shift boot assembly. 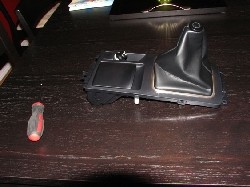 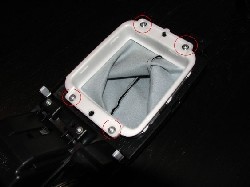 10. Next turn the boot inside out, and use a pair of cutters to remove the zip tie holding the shift knob retainer piece on. 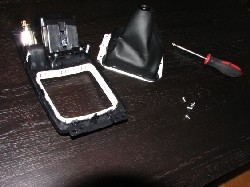 11. Then take your new boot, turn it inside out and re-attach the shift knob retainer piece with a zip tie and trim off the excess zip tie accordingly. 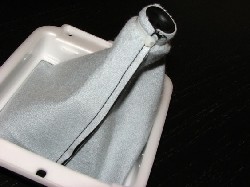 12. Next fit the new shift boot over the plastic shift boot frame assembly. 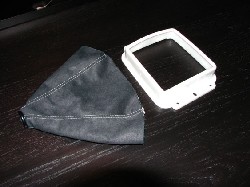 13. Then carefully put back the shift boot assembly back in the shift knob / ash tray / lighter assembly and reverse steps 1-8 (you will not need to use staples on the new shift boot). 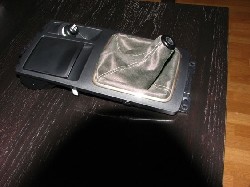 14. Once you put everything back together, enjoy your new custom RedlineGoods shift boot! 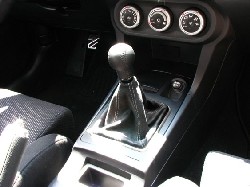