Some slightly good news today after all. I had to start the car and drive it out of the garage, left it for a couple of hours and then started it again. And there were no problems whatsoever, this time around. This was a very short run of the engine, not enough to do a generator charge, and I included some testing of the headlights (and that pegs the ammeter too). The other good news is that the back-up lights do not come on with the headlights any more. Actually they don't come on in R either, but that is better than before and getting them to work in R is probably just a small adjustment. Something that I can do later.

Anyway I decided to recharge the battery, but in less than an hour it was back in 'maintainer' status. I suspect that battery is OK, and that my intermittent starter problems are indeed probably cable and/or switch and/or button related. Nice way to end the weekend, as I head out for a business trip tomorrow afternoon.

The reason that I had the short drive out of and back into the garage was because I replaced the 'normal' garage light with a much brighter set of shop lights (4x4' fluorescents). Nothing but the best for my toy! Now I will be able to work on the car much easier when the days are shorter during the winter.

After a couple of quiet weeks, this week I got the car ready for the Dixie Olds (chapter of OCA) annual show, The Gathering. Before heading over to Cartersville, about 50 minutes away, I did a quick tour around the neighborhood, visiting the starter rebuilder for some advice about replacement cables, the local shop to arrange an oil change for my daily driver and getting gassed up with ethanol free gas. The good news was no stalls and no problem with the starter. Just to be safe I decided to disconnect the backup light cable. This was the most damaged of the cables in the engine compartment and I suspected responsible for other issues. In addition I had used touch up paint to cover all the scratches and bubbles in the paint, it was not pretty but I wanted to prevent any rust developing. I started wet sanding and polishing one scratch. Unfortunately I had not filled it in enough with paint so after polishing the paint looked good but the scratch was still visible. I added more touch but in resanding I noticed that some of the paint around the scratch had been sanded down to the primer . So I decided not do any more sanding. I had read the Meguiars #7 is good for old lacquer paint and I took my 110V2 and applied #7 section by section, wiping it off quickly as per the instructions. It seemed to give a good shine, but that was inside the garage (remember, don't apply surface coating in bright sunlight). Of course when I did get it into sunlight I noticed how many spots I had missed. I also was not ready for waxing yet, which would have also helped (the reasons for that should be the subject of a separate post).

The smooth running continued on the Friday afternoon run to Cartersville for the Cruise-in, with my youngest daughter. Once there I was introduced to Jerry Wilson, who my daughter had met through Jerry's son. After an interesting evening talking cars and other topics we headed back home. While the car again performed beautifully, with no stalls or starting problems, here was small challenge in that the dashboard lighting is not working, but I was pleased that the turn signals were flashing, even when the headlights were on. This was probably due to the disconnecting of the backup light cable to the backup switch. I had the same uneventful trip back to Cartersville Saturday morning for the show and judging. Although I did not see my car as a show car I thought it would be useful to have it judged and find out what might be needed to turn it into a show car. Yes, the bug was biting badly.

So here is the car next to a beautiful (late) 1951 Super 88, as part of the 40+ cars that had arrived for the show. just for bragging rights I was able to find out the my car was the oldest car in the how (just). 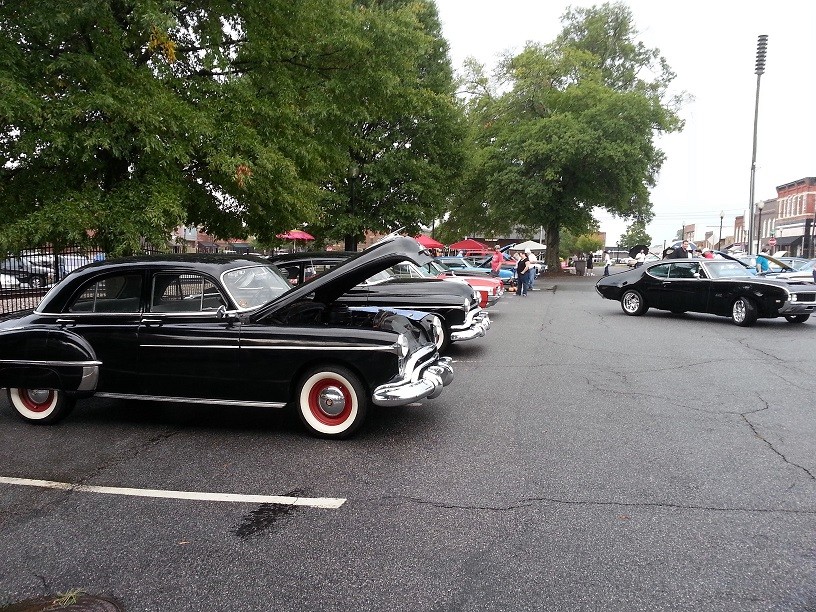 It was a really interesting day, where I met a bunch of friendly people, many with lots of useful advice around the car. I was also surprised how many people came up to compliment me about the car. Finally the end of the show came and the results of the judging were to be announced. Of course, I was not expecting anything, have entered a work in progress car, except a judging result with pointers for future shows. So I was not really listening to what was happening, but suddenly I heardmy name being called. It turns out I was awarded the special NAOC President's award. Wow, I was flabbergasted, and even more so when a few minutes later my name is called again. This time for second place in Class 1 (Stone age to 1953). But to top this unexpectedly good day, I discovered that the owner of the Supper 88 next to me might have a spare 'M' hood letter for me, the final missing letter to complete the Oldsmobile name on the hood. I was a very happy camper on the drive back and of course the car performed flawlessly again, as if it was proud of itself too. 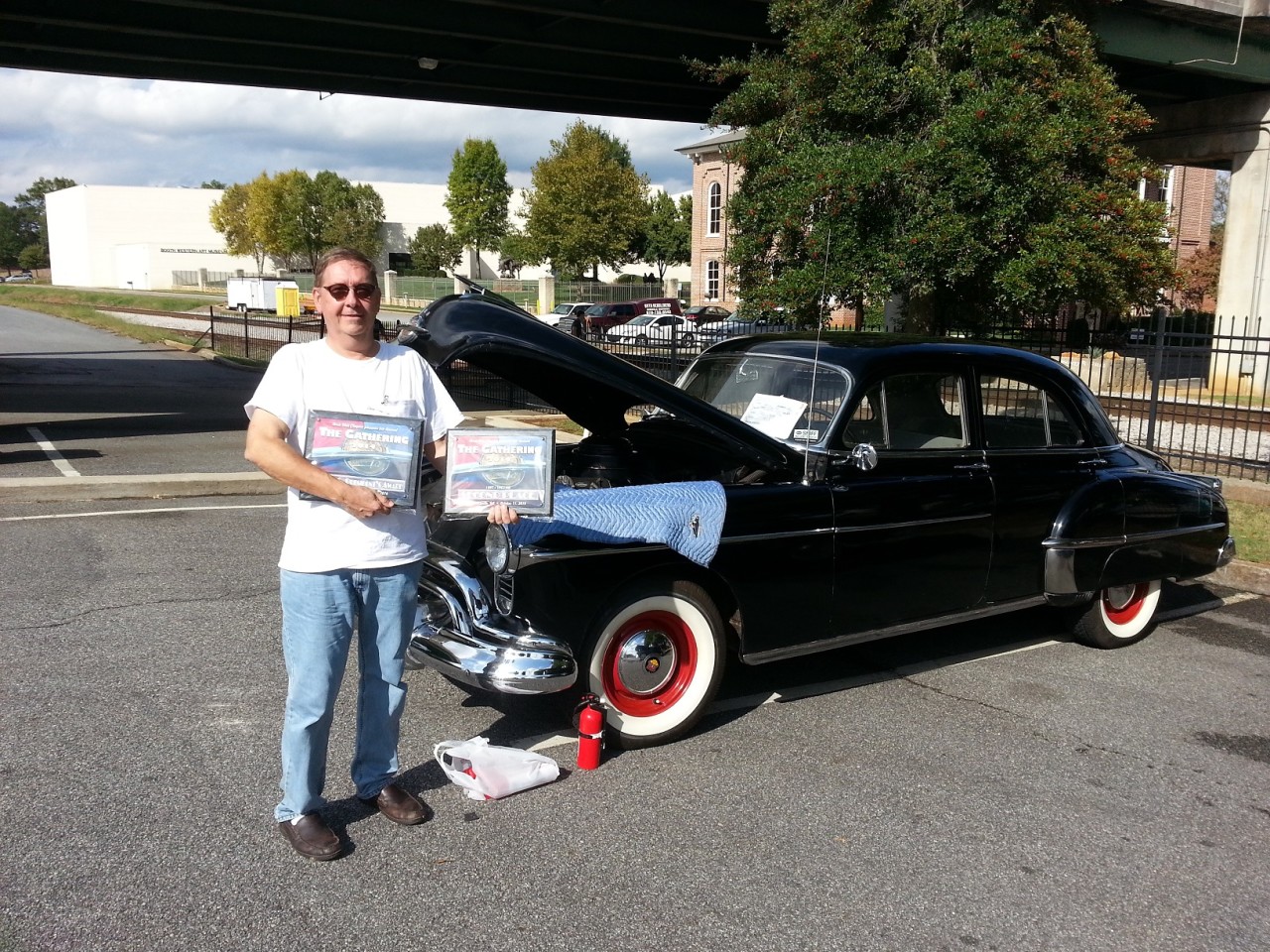 I had been waiting for The Gathering before starting any serious work on the car, so my next posts are going to be about the carburetor rebuild, installing a new wiring harness and any other major maintenance that might be necessary. Working on the paint job is at the bottom of the priority list but who knows.