Took the cuda out to a cruise in last night. Fired it up and drove it about 8 miles, and then later on the way home my wife pulled alongside in her 2012 charger just a few blocks short of home and we just both dropped it. She got a jump on me and pulled about two lengths ahead because my rears spun for a moment, and "trying" to make up for lost ground to try and catch her before we reached about 60mph or so I may have overrevved.

After I shut er down at about 60, still a couple lengths behind, I coasted home from there, and noticed the engine didnt want to idle. It seemed to be running a few cylinders short. I just pulled it into the garage, and hoped for the best. It was late.

Starting er up again today, I noticed a cap off the brake booster, and I only noticed it because it was smoking like crazy. For at least a minute after I turned it off, smoke was pouring out like a boosted bong.

I am going to cap it off again, but should that much smoke be running through the system? Hope I didnt blow a head gasket.

Was going to do that but it seems the problem must be related to the carburator. I stepped away for 20 minutes, including my first quick posting here, and after it stopped smoking and I found a cap to replace the one that came off, I noticed at least a half gallon of fuel poured out the booster!

Its obviously coming straight out the vacuum line from the rear of the 6 pack. Looks like I have a long afternoon. 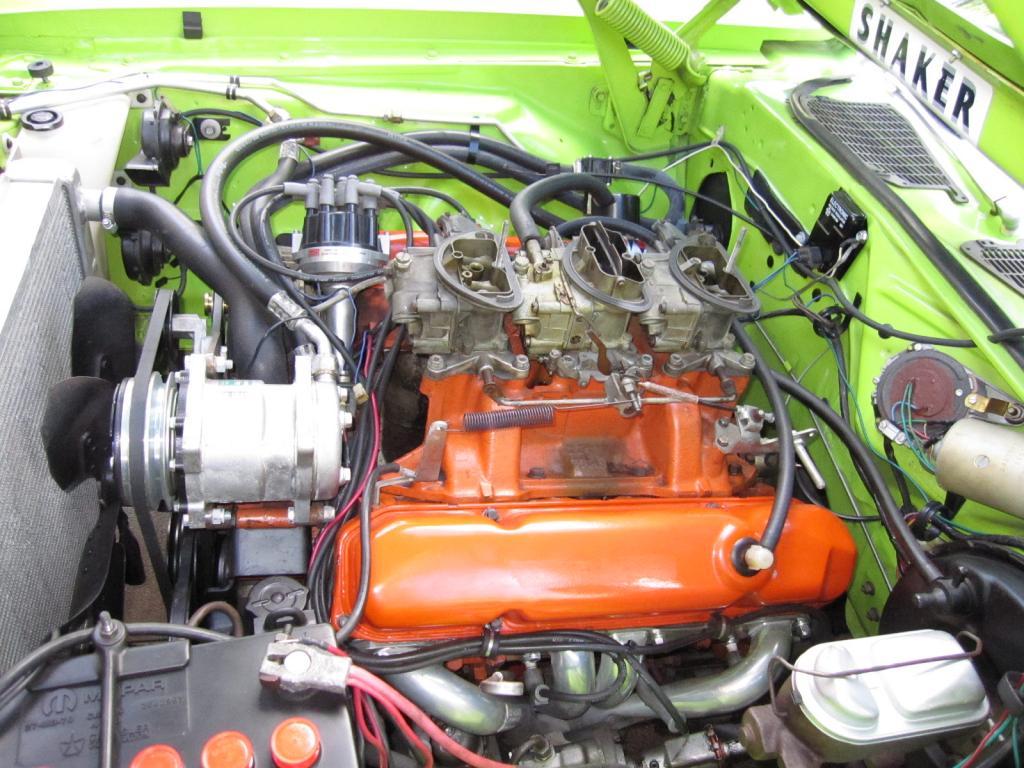 I have an MSD ignition system and dont think now my issue was actually due to overrevving. I have changed the title of the thread now because I think this is almost certainly a fuel issue. I pulled all 3 sight plugs on the right side and the levels were below the hole.

Later this afternoon, on a whim I tried to start the engine again and it was blocked. Pulled all the plugs and three of the cylinders were full of fuel. Cylinders 3, 4 and 8. I actually didnt check #2 because its a PITA to get to.

Tried starting again and it still seems blocked. Although it almost sounded like it could be a dead battery now. Maybe...hopefully. Hope I didnt bend or break anything.

The flooding occurred earlier today, I left the ignition on for a few minutes when I first shut it off after pulling it out of the garage and noticed the open booster vac line smoking, and then a few minutes later pouring fuel out. Somehow the fuel must have poured through the carb and down the manifold in the cylinders while the engine was off but the fuel pump still running.

BTW, that brake booster vacuum line in the rear exits the rear of the intake manifold, NOT the rear carb.

Pushed it back in the garage and will think on it and start fresh another day.

Time to go out and watch the super bowl with friends.