OK, I'm gonna start one thread here to cover the build up of my car where I can keep adding to as I make progress. I recently posted another thread which covered just one step, but, it doesn't have an accurately descriptive title for this kind of ongoing thread.

My '67 Firebird. I bought this a little over a year ago up in San Jose. It was an unrestored car, which I liked, but it was obviously rusty. I bought it because it was an original verdoro green '67 bird with manual trans and was well equipped. It appeared to be a 400 car, but as I later learned, I misread the body tag and it's a 326HO car. A '67 Verdoro green 400 4 speed car is my holy grail of first gen firebirds. It is what I ideally wanted to work with. This car is close enough.

I drove it locally for a year or so until I was able to sell my previous project and generate the necessary $$ and space to start this build. I've since been collecting parts and have disassembled the car. The car body is currently at the strippers (hence my other thread "went to the strippers")

Today after work I started chopping the subframe for the DSE Stage 3 front end kit mod.

I'll add some pics with description below:

This is what the car looked like when I bought it. Not too bad from 10 feet, but that 1969 camaro spoiler had to go. 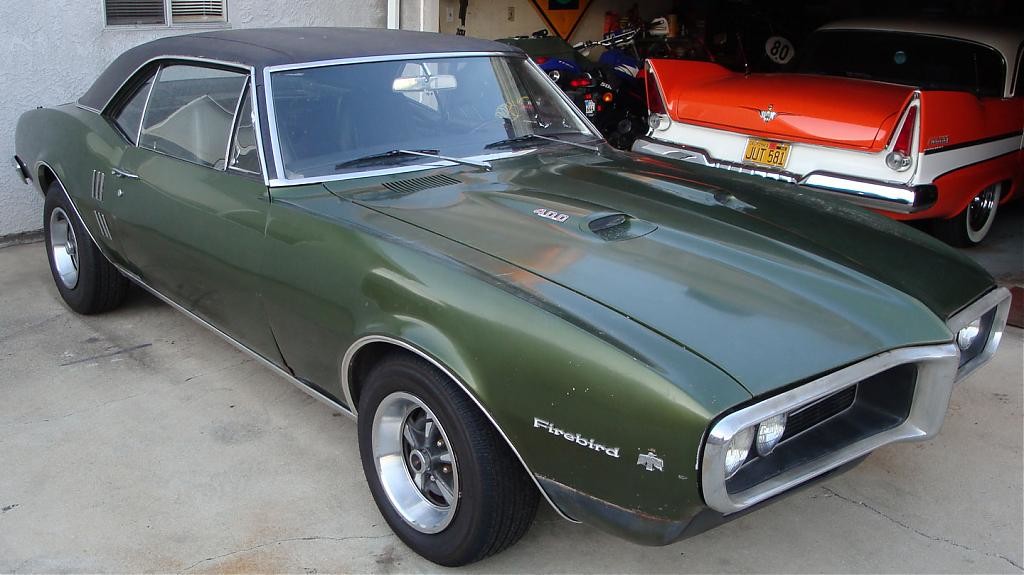 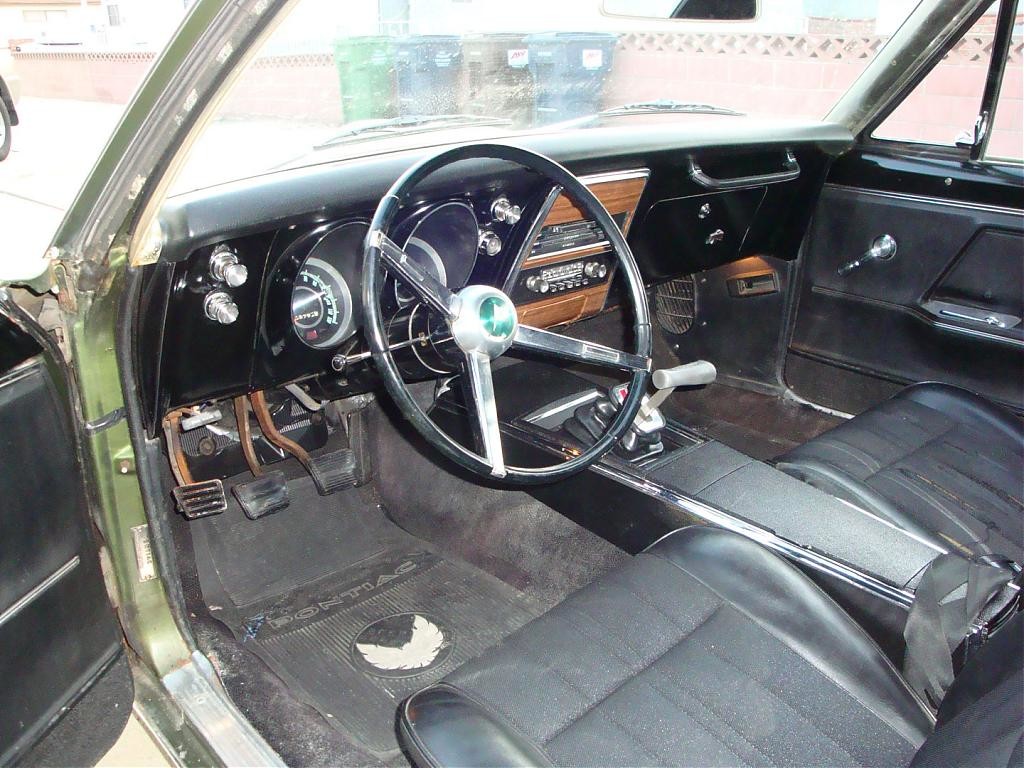 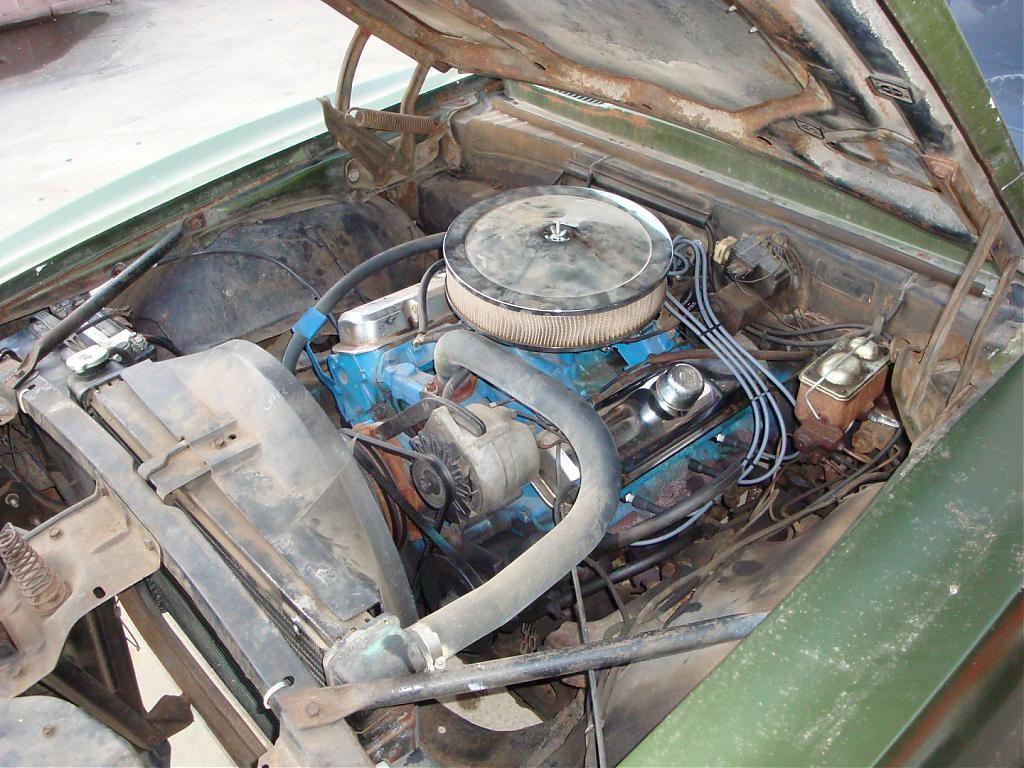 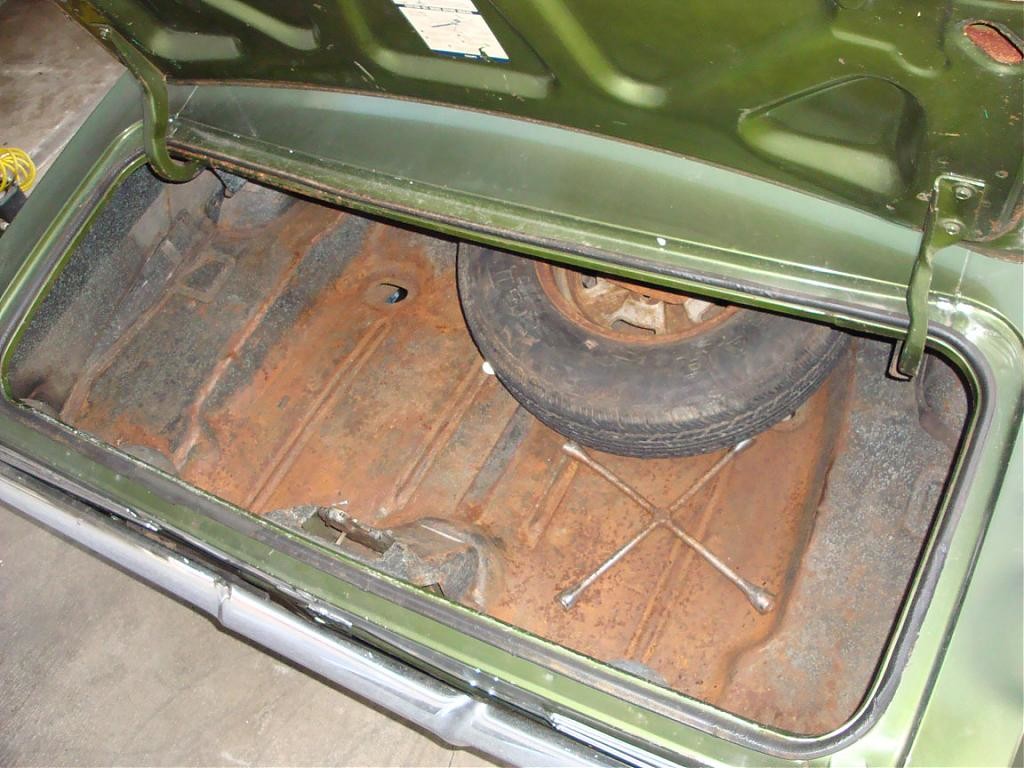 Some pics of the teardown. I took a lot, hoping to use them for reference when it's time for reassembly.

I posted pics of the chemical stripping in another thread ("went to the strippers") so I wont repost those pics here. However, today I started the DSE subframe mod by chopping off the old suspension mounts and widening the holes for the shocks. I don't have a real shop to do this work- just my neighborhood garage. As we're new to the neighborhood, I'm sure my neighbors will quickly grow to dislike me and my Firebird for all the noise I'm going to make as I build this car.

I was able to cut the holes in the subframe for the new suspension components. It's now ready for welding- which my neighbor will be helping me with later this week. 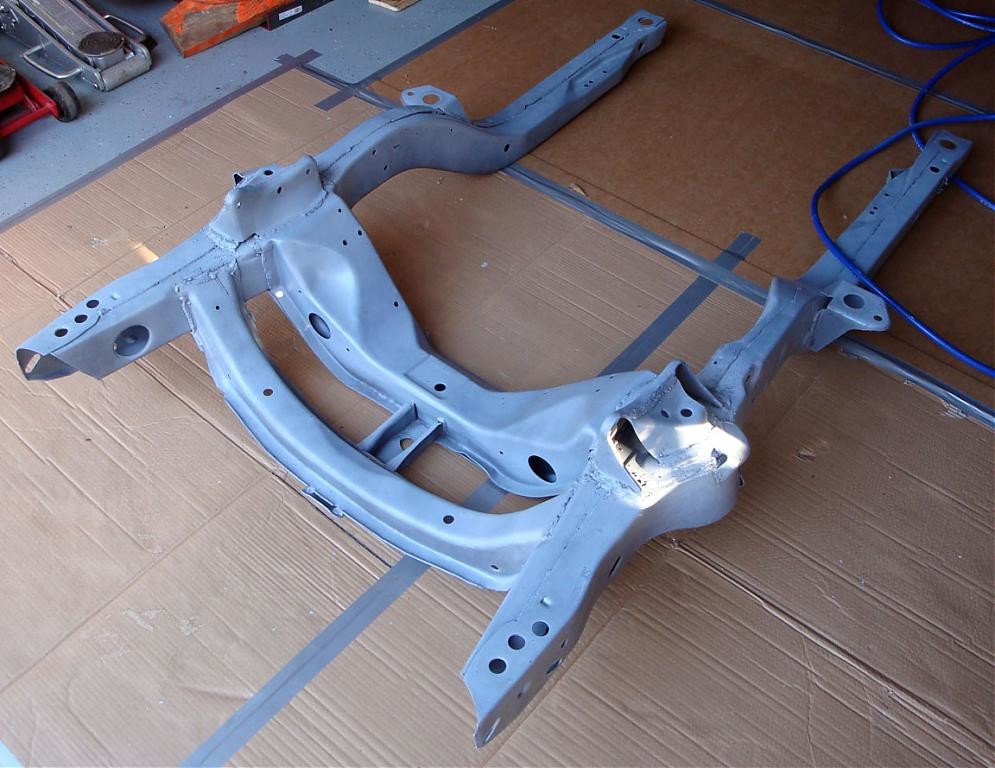 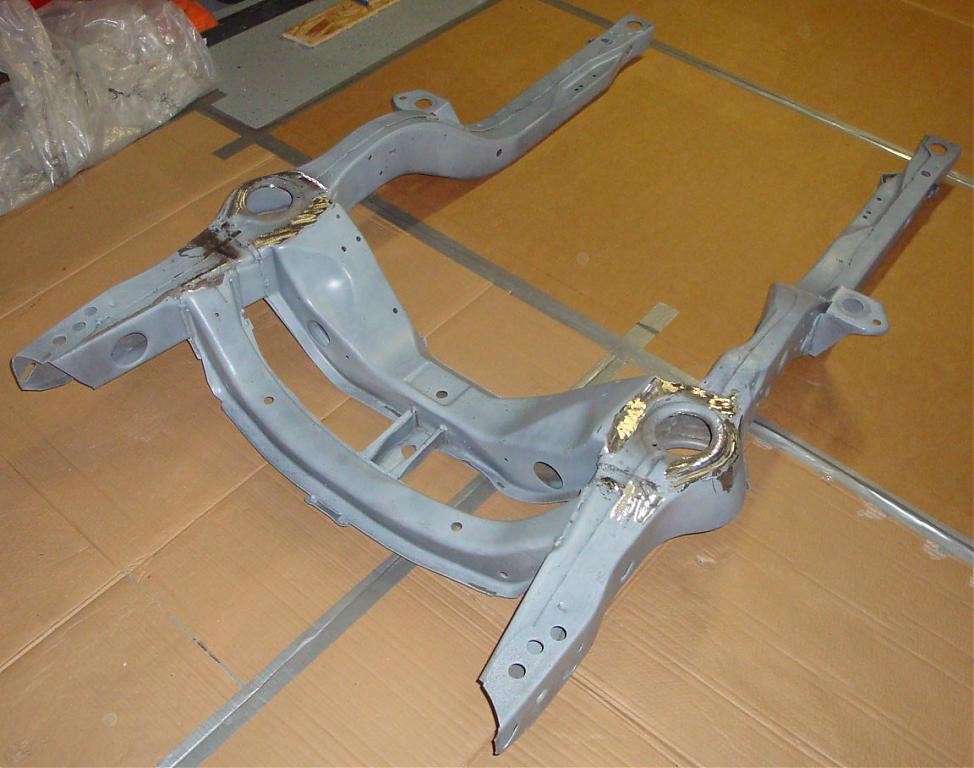 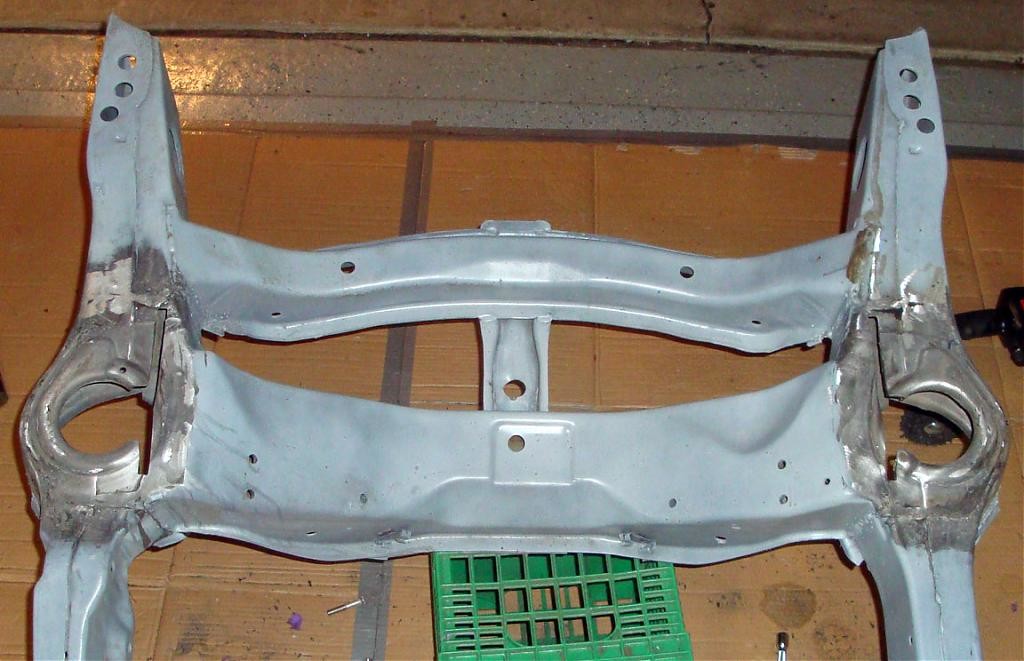 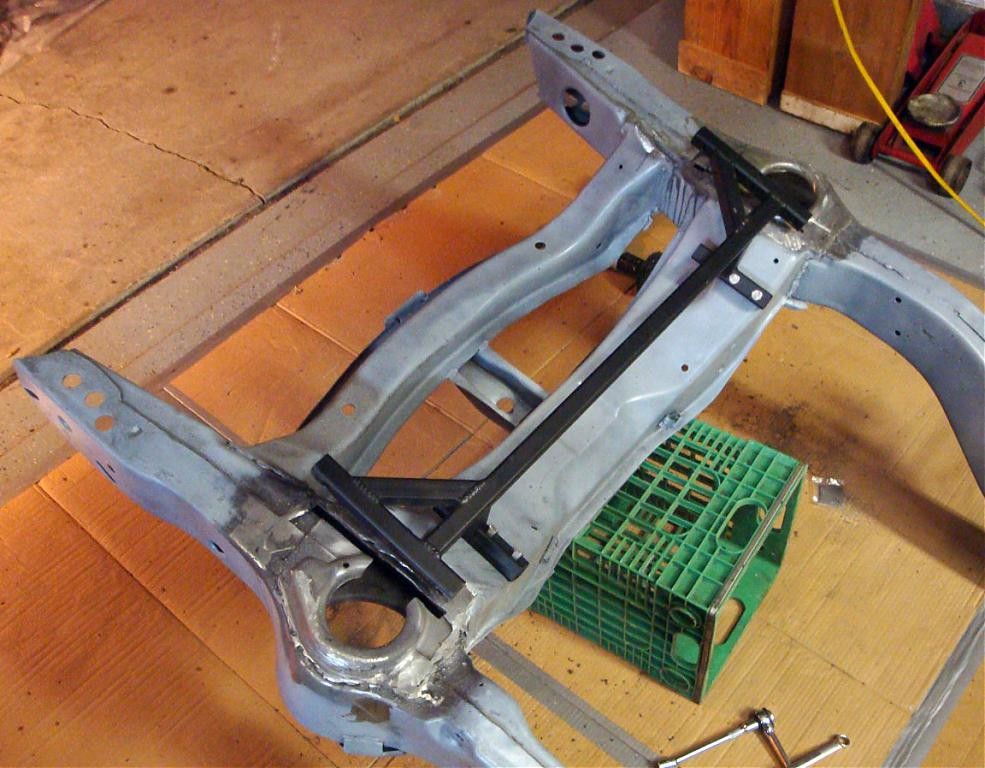 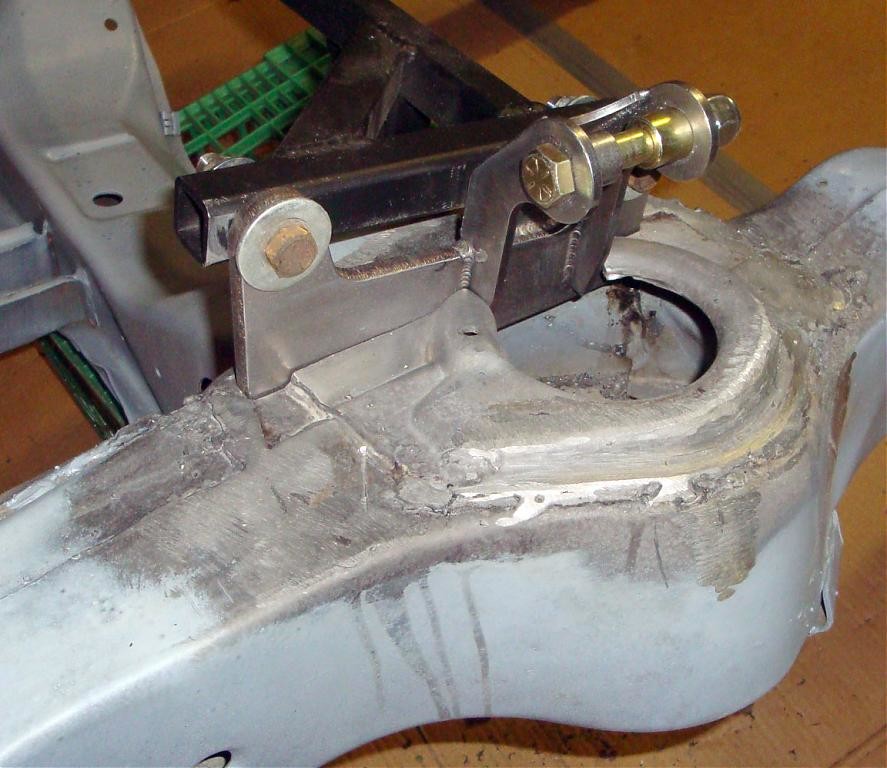