I've been rocking a stock exhaust with gutted cats for about a year now. While it's a really nice, drone free setup, it really didn't seem to match the look of the car. And WOT left a lot to be desired. All I could hear was the rush of air from the turbos; no exhaust noise at all. Nice for daily driving, but since my car is a weekend toy I wanted something a lot more aggressive.

So after a ton of research I finally settled on a 3" X pipe with mufflers and slant cut tips from Unobtainium Welding. I saw some of Chris's (owner) other work on this forum and was really impressed with his attention to detail and the quality of his exhausts. Plus there were pictures on his website of a 996tt exhaust he did with the best slant cut tips I have ever seen. Not to mention he was also the cheapest option, even with shipping and exchange rate from Canada. After weighing all my options and drooling over those pictures I contacted him to see if he could make an aggressive sounding X-pipe that had two mufflers to keep it a little more tame than straight pipes.

This is the finished product 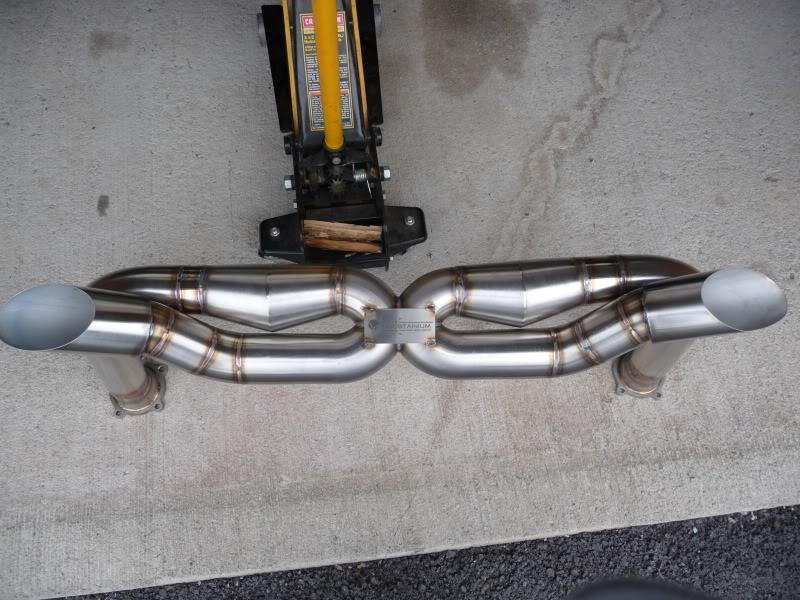 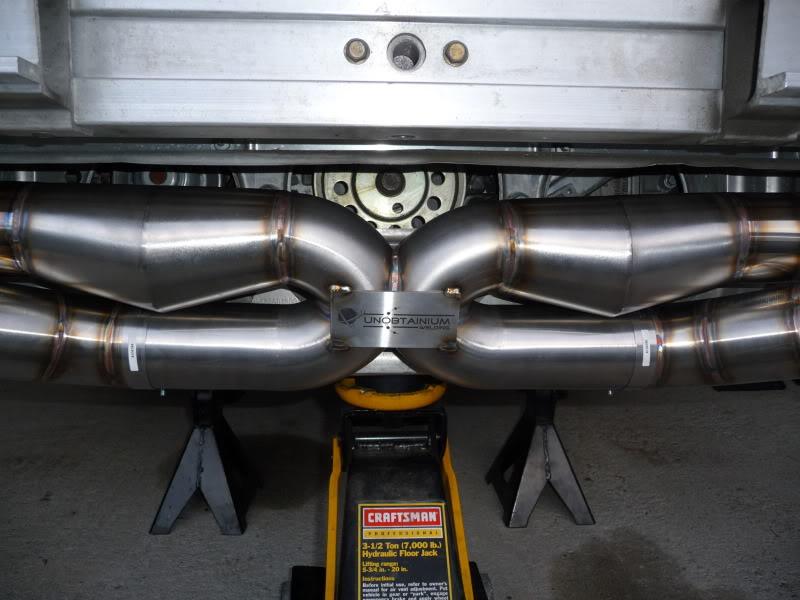 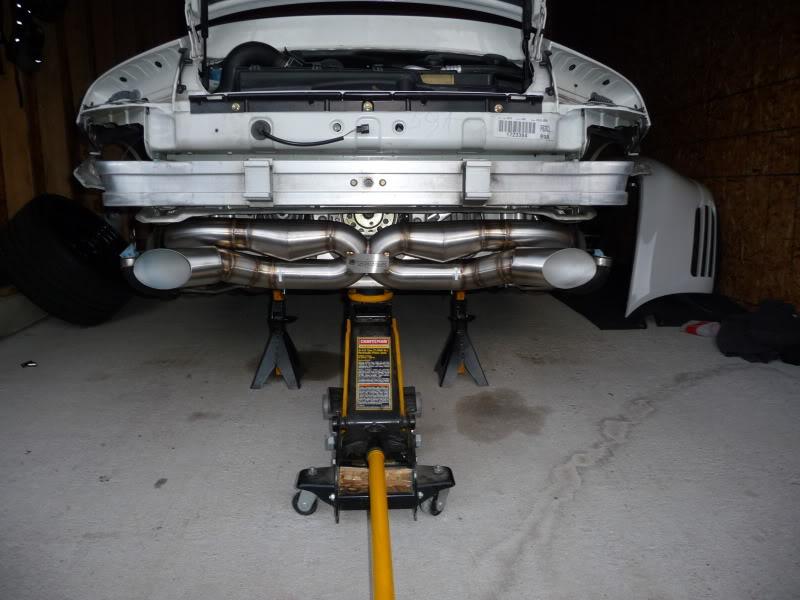 His welds are beautiful 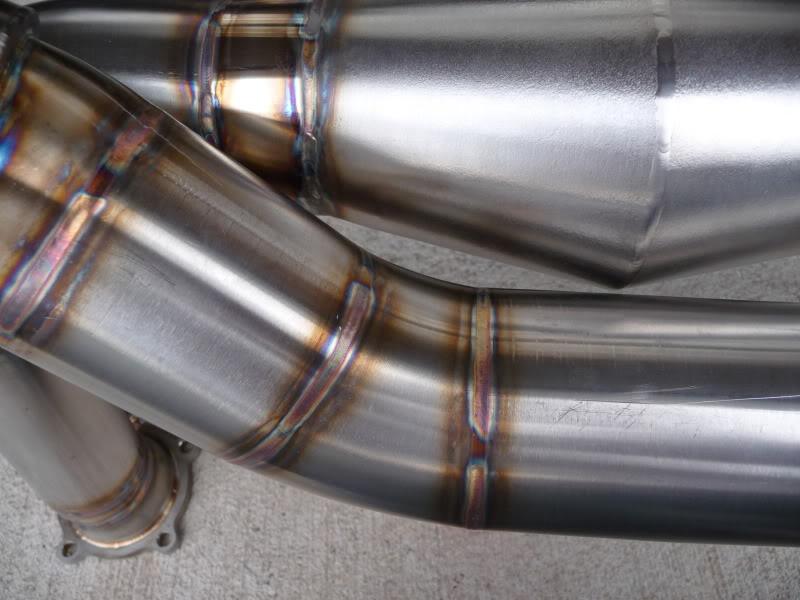 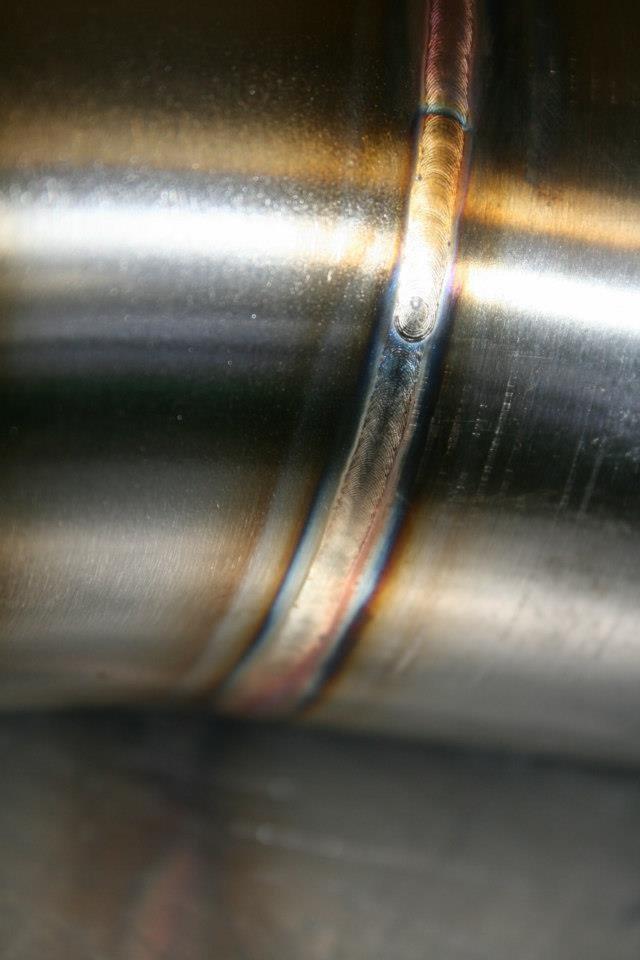 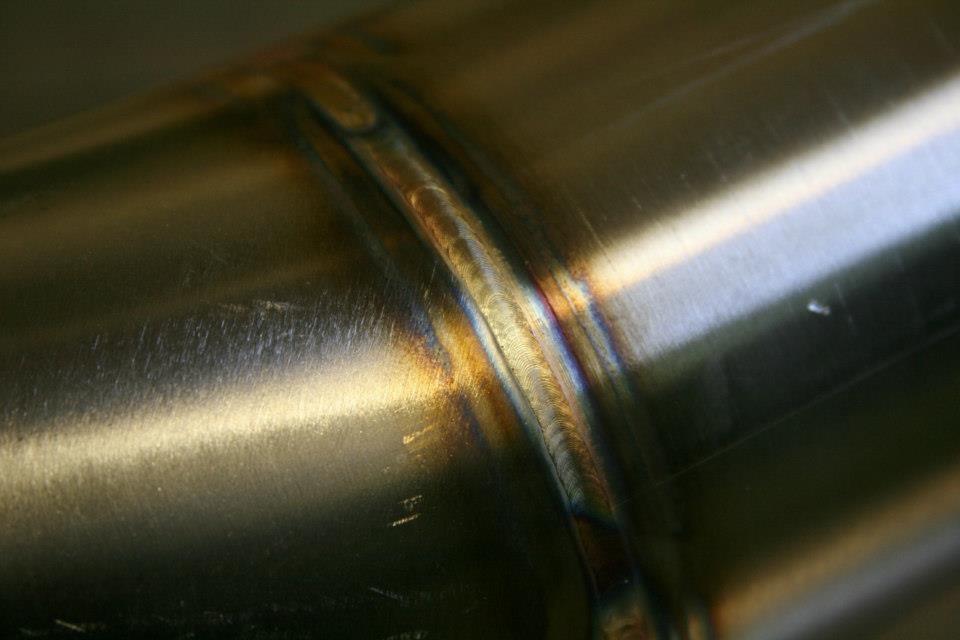 Inside the X pipe - purged and penetrated 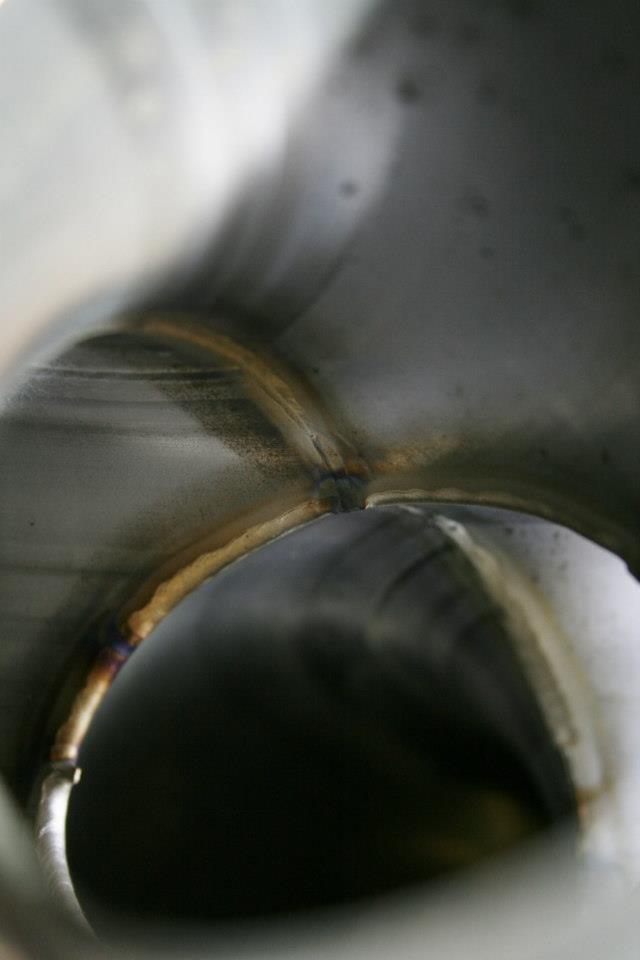 And installed on the car 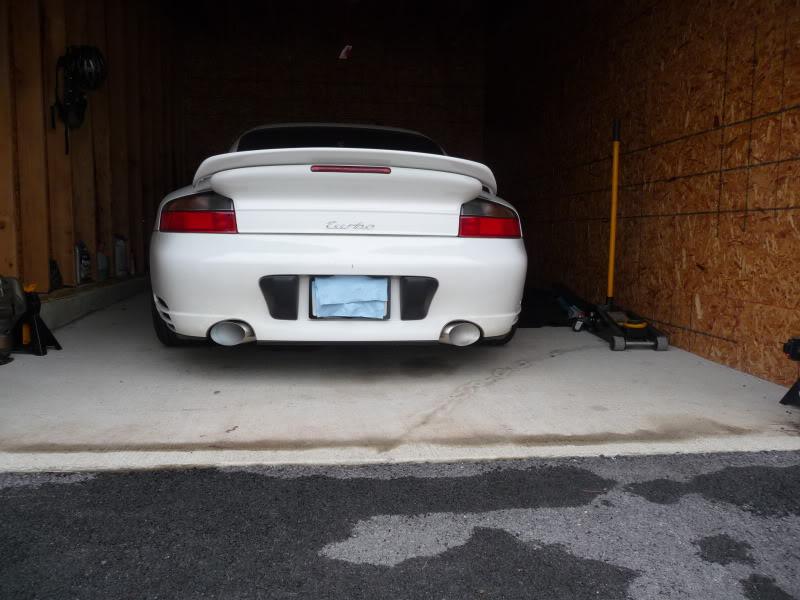 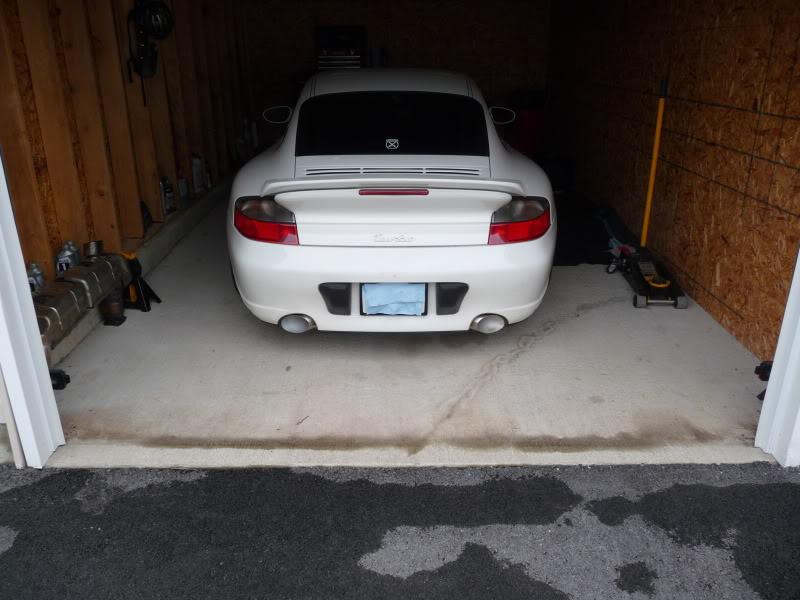 Hopefully I'll get some more pics of the car (outside of the garage) before they salt the hell out of the roads up here and I put her into hibernation.

It sounds absolutely amazing. Cruising around it pops and crackles like crazy. WOT is beautiful. I just want to rev the hell out of it all the time now. Definitely the sound, outside the car, that I was looking for. Plus it weighs less than 20lbs!

Now the bad - I may have been a bit overzelous in wanting an aggressive exhaust and probably should have driven in a car with one before I going that route. I was in Afghanistan when decided I wanted a real aggressive exhaust and all the youtube videos of the minimalist X-pipes really got me excited. But I obviously couldn't go sit in a bunch of Porsches to figure out what I liked. I also figured I'd be able to deal with a little bit drone since I only take the car out to go on spirited drives.

Apparently I'm more of a wuss than I thought... IMO the drone is pretty bad. Between 2k rpms and 3k rpms it feels like it vibrates my brain. Light throttle at 2krpm and under it's actually pretty quiet. And it quiets down again above 3k rpms. But that 2-3k rpm range is just too much for me. The cold start is pretty ridiculous as well and IMHO a little embarrassing. But it sounds like most free flowing exhaust are very loud on cold start, so that's just the nature of the beast I guess. Plus it quiets down to almost stock levels when warm. So not a huge deal (until the neighbors start throwing things at me).

While not super accurate, I downloaded the Decibel Meter Pro app for my iphone and took readings with my stock exhaust and with the Unobtainium Welding exhaust. The difference is actually not as significant as I thought it would be but I don't really think the drone is dB/loudness issue.

I talked to Chris and he's going to work with me to try to keep the aggressive tone outside the car but reduce the drone inside the cabin. He's a mad scientist so I'm sure he'll figure out how to wuss the exhaust down for me

I'll update everyone when I get it exactly the way I like it.

I'll definitely grab some video for you guys. I already scoped out a nice road that I can drop the wife off to video tape

It might be a little while though since I'm traveling for a few weeks. But it's definitely on the to-do list.

And a pic for 9bells 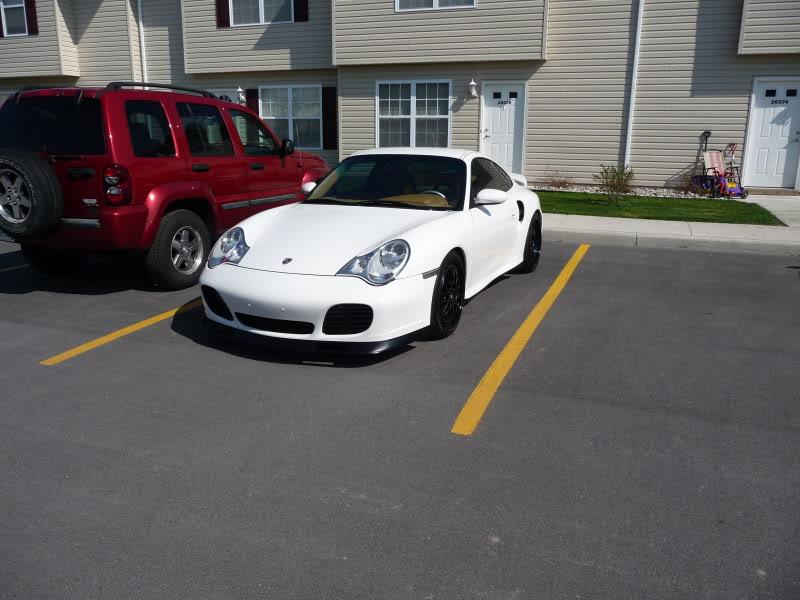