How much end float should a distributor have? I have quite a few kicking about and they all seem to have quite a lot of vertical play considering timing and possibly gear wear. But if none of them are tight it might be OK? The workshop manual doesn't say anything about it as I suspect garages rather replaced than overhauled them anyway. I have rebuilt a few in the past and always shimmed them to 'what felt good', never actually measured anything but I guestimate they had about 0.3-0.4mm play left after the overhaul.

How do I correct the end float if needed? Shims in the distributor housing or between the housing and the drive gear?

I'm in my workshop by the end of the week and will measure all my dizzies then for reference.

I currently have about a dozen distributors I think and on some the gears are worn quite badly. I've also ditched a couple cams with badly worn gears in the past from engines I've broken. I'll take some photos when I'm in the workshop later this week. I sold a NOS distributor earlier this year, haven't thought of measuring its backlash before sending it off. Maybe the current owner, who is a forum member, can do that?

You're right re the fibre washers. I've bought one of these a while ago for parts: http://www.ebay.co.uk/itm/Bosch-Electronic-Distributor-0237002004-/320792089772?pt=UK_CarsParts_Vehicles_CarParts_SM&hash=item4ab0b2d4ac Cheaper than the separate overhaul kit and new genuine Bosch cap I was initially looking for! As a bonus, also the electronics drop more or less directly into the V4 dizzy. I haven't tried it yet, but I'm pretty sure it'll work with an early 99 module and coil (pre-Hall system).

Not all dizzies have that bush. I've dismantled about six so far and most didn't have much radial wear, but rebushing is indeed the only way if they're worn. You shouldn't feel ANY side movement. I would say this is less important for running electronic ignition than points.

The shaft consists of two pieces, you're lifting the top piece. End float is measured between the housing and the gear. 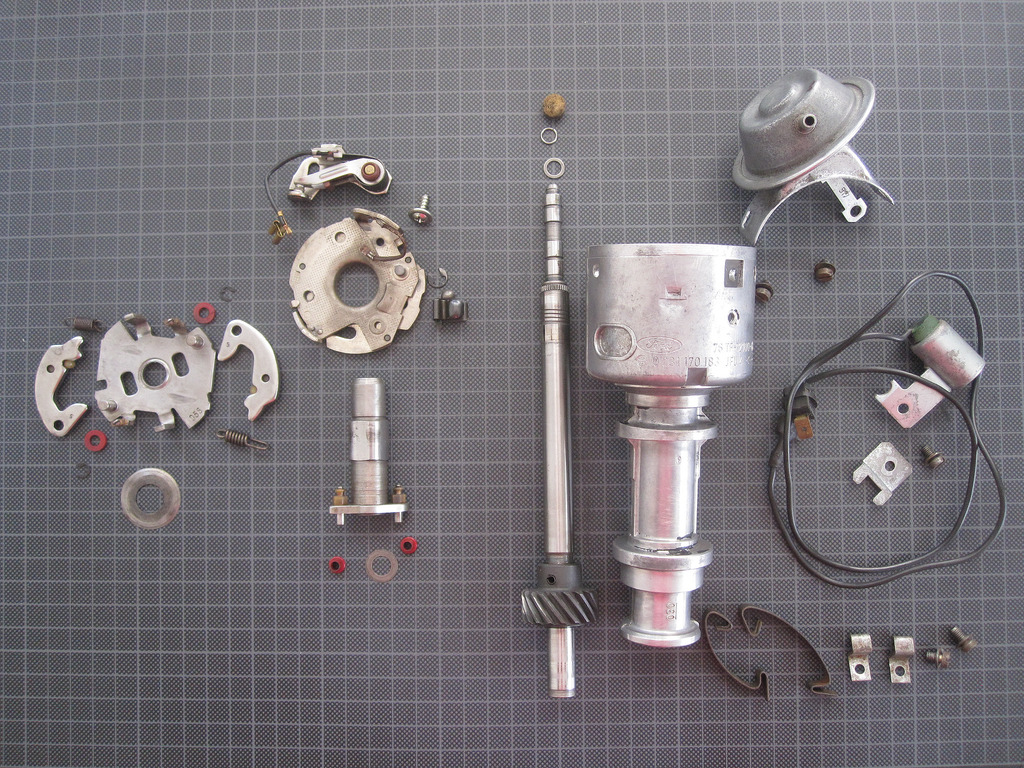 Do you have the same type distributor as in my photo? The crimps on that one prevent the breaker plate from falling down. Only the older types are not meant to take apart, but where there's a will there's a way with those ones as well. Drive the roll pin out of the gear, pull the gear off the shaft, remove all screws, unhook the vacuum canister and remove the contents by gently tapping the shaft with an appropriate mallet. No hard blows are required, but you sometimes need to work things loose by pushing them up with a screwdriver through the vacuum can hole.

As you can see from above picture, I've learnt along the way. You can get everything out without removing the gear, but I wouldn't recommend doing so. Removing the pin and the gear can be a real pain though. Be very careful when dismantling a distributor, many parts are calibrated and the plastic bits might have become brittle.

I've measured 0.85 and 1.0mm on 7 dizzies. Does this mean that on some a 0.15mm shim has disappeared? I'll investigate this further when time allows! There is no connection between the part number and the end float. 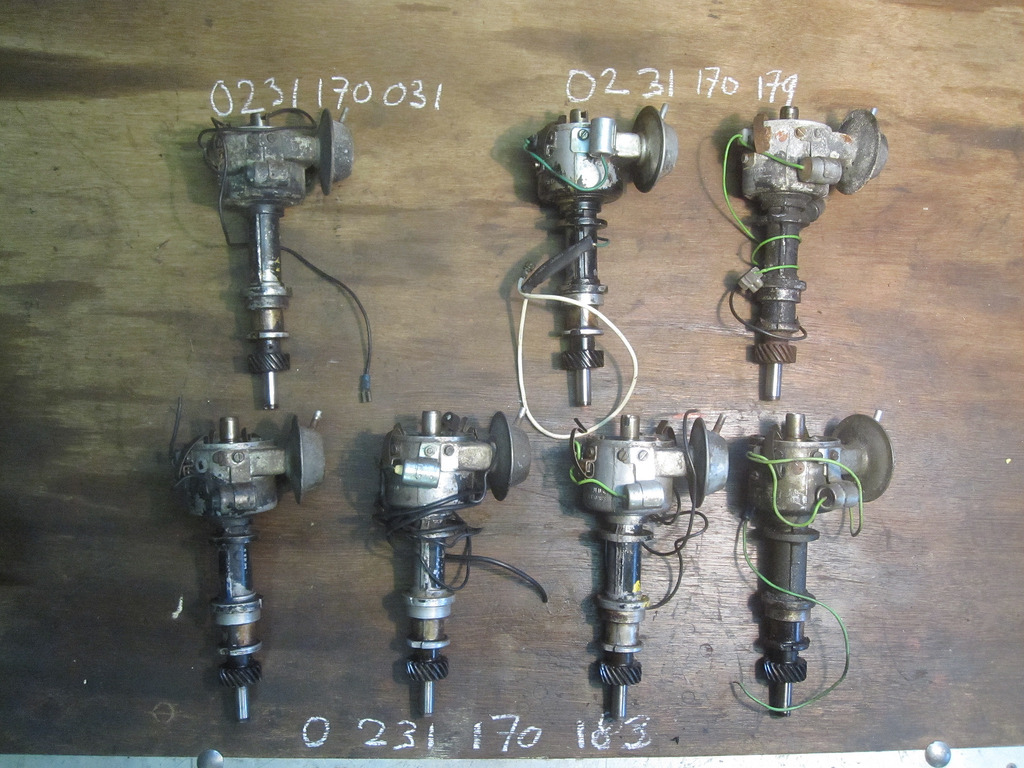