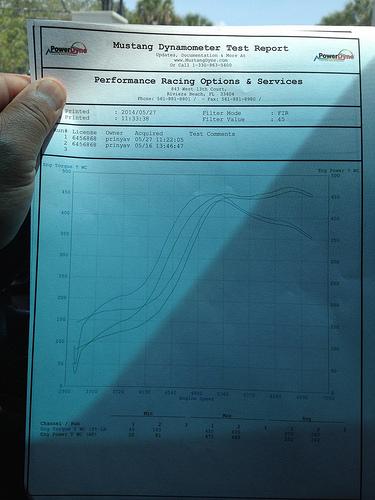 Every sensor, bolt, pump, etc is brand new on this long block.

Killer B Pick up

-4AN Meth lines and No Drip Disconnect and Weatherpack

I have a pretty long and winded thread in the Newbies and FAQs titled "Loaded COBB AP Stage 1 93 oct in 2011 STI!! I've come a long way from that first post and want to just compile it here. I'll do my best to put everything down chronologically and with links to the photos. I want to thank all the people who have given me constructive advice etc throughout my journey on that thread. Hope you guys follow me here. I want to thank the following people/companies for all their help (if I forgot you and you want to be listed please shoot me a PM): Phatron STIMikey Jdub.csu Smeerone Tenacious Bee Xluben Themaus Wrx02ftw Rallyspec Realstreetperformance Rallysport Direct Perrin Flatironstuning Boston Motorsports IAPerformance Aquamist Howerton Engineering Bertune TAV Racing I purchased my car towards the end of September, 2010: Sitting in the driveway 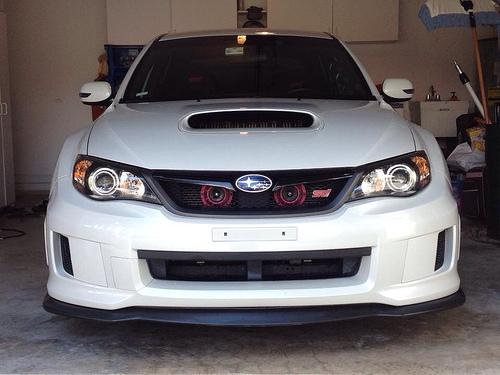 Out at one of my job sites 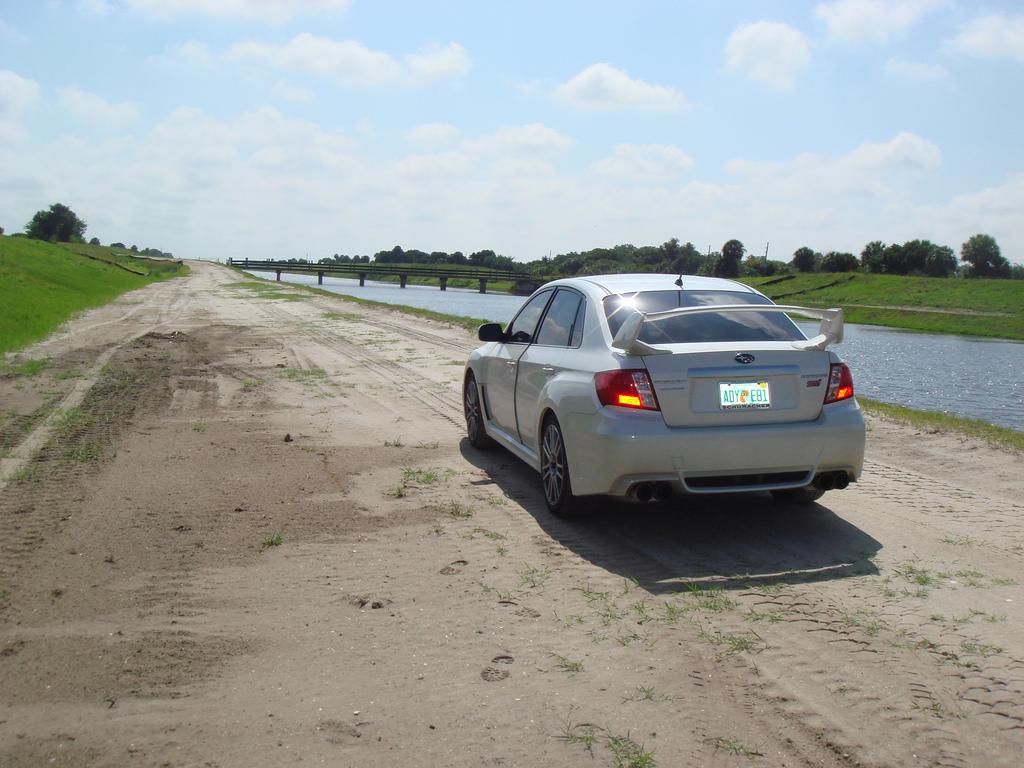 Shortly after purchasing the car I began researching the possible mods that I could do but try to keep the car as stock as possible. The most obvious choice was to purchase a Cobb Accessport and flash to stage 1. I enjoyed stage 1 for probably...1 month. It was then time to go to stage 2. I purchased the following: Perrin Equal Length Headers Perrin Up Pipe Cobb Down Pipe AEM Intake 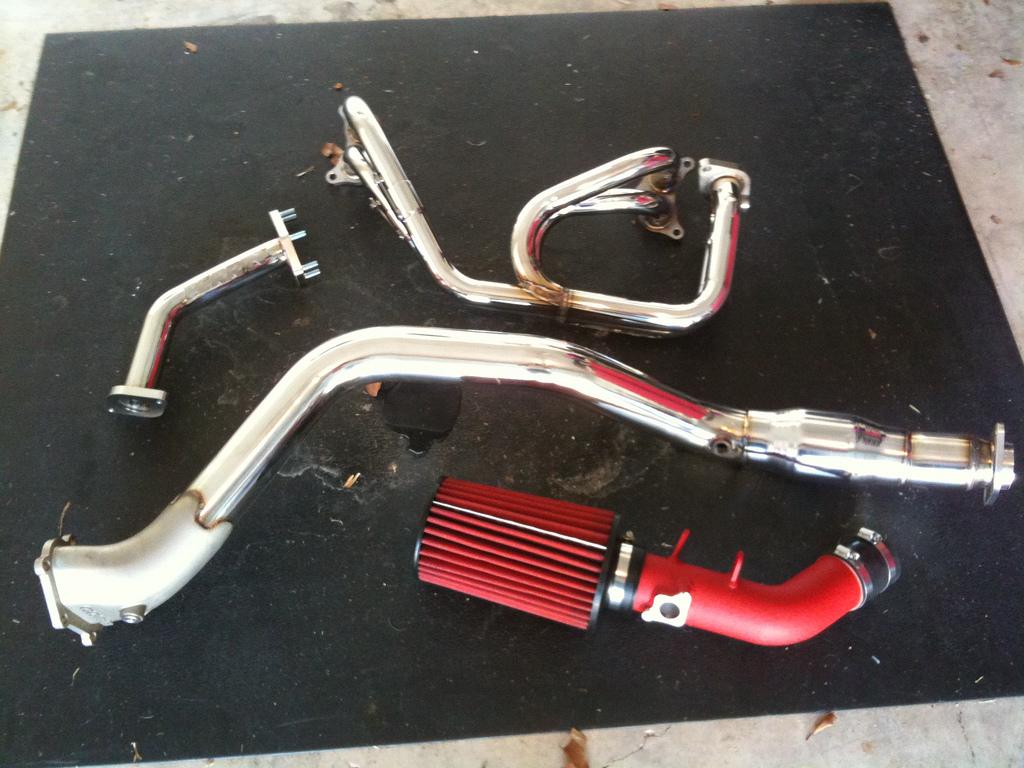 At this time I knew that an off the shelf map would not do. After a ton of research on tuners in my area, I turned to e-tunes. Given the track record of this gentleman I decided that I would put my baby in the hands of Phatron of Phatbotti Tuning. This was my first time ever working on a car and thankfully a friend of mine was willing to help me. An extra plus was that his father has a garage with a lift at his house. The install occured sometime in November/December, 2010: On the lift 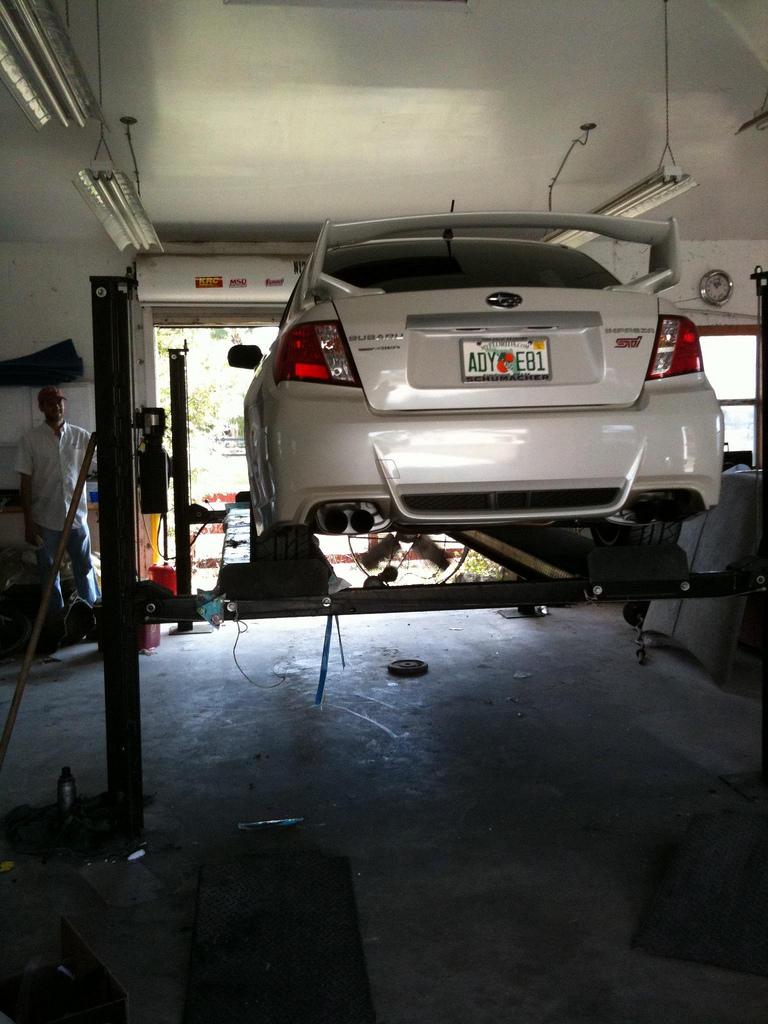 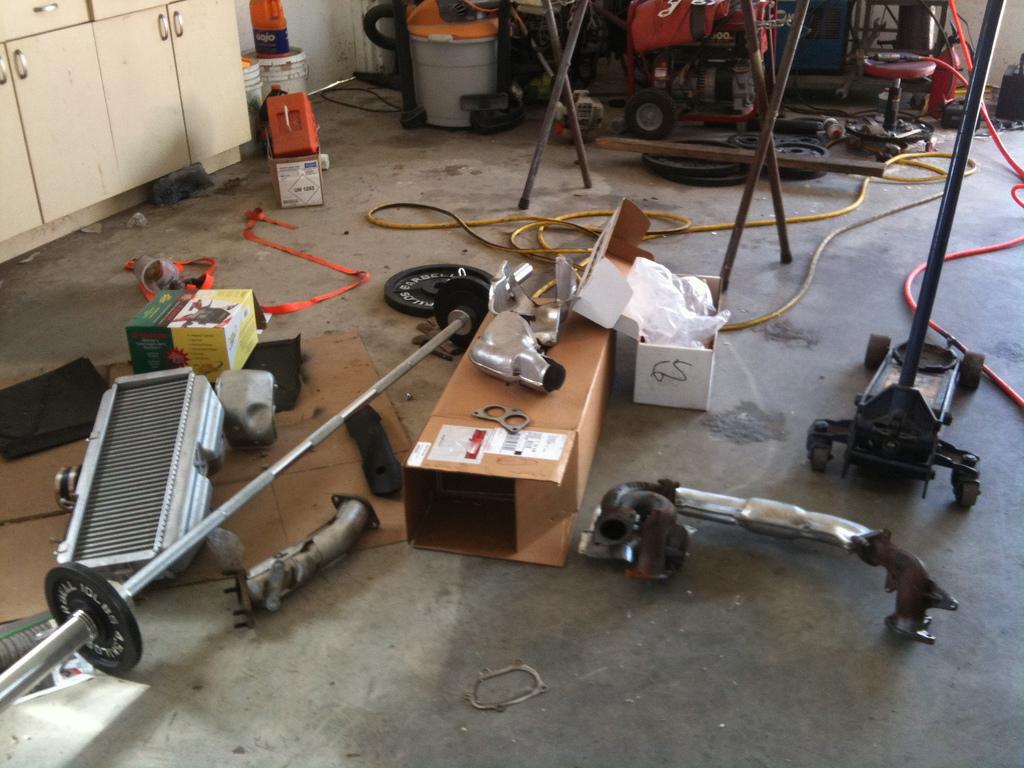 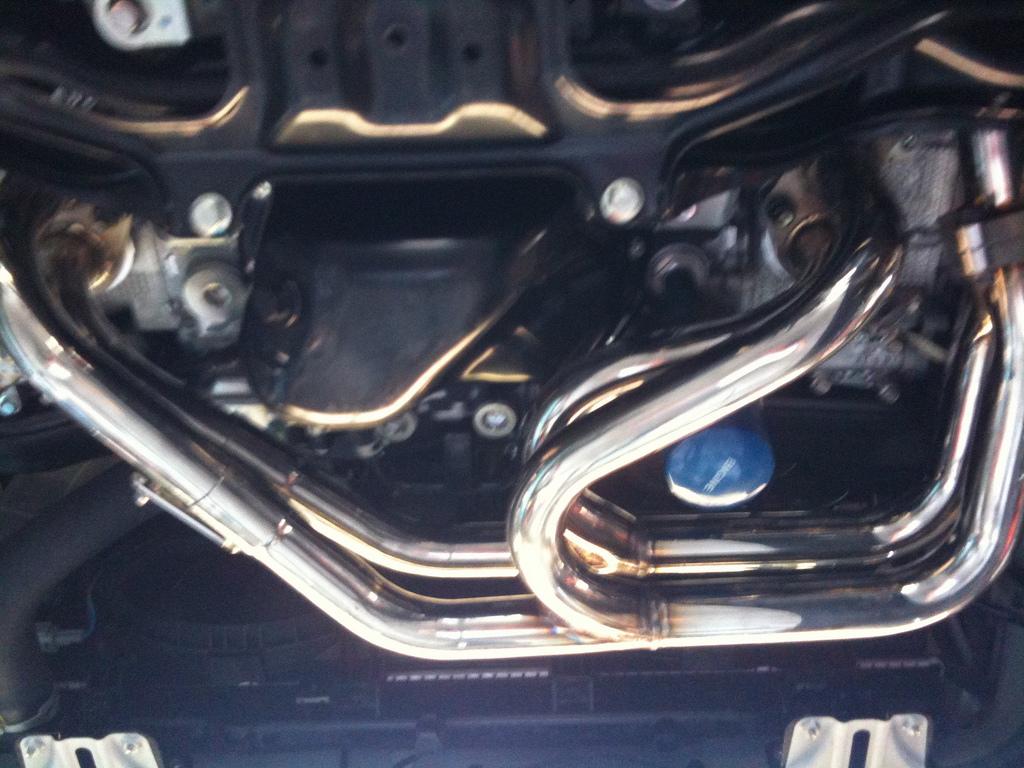 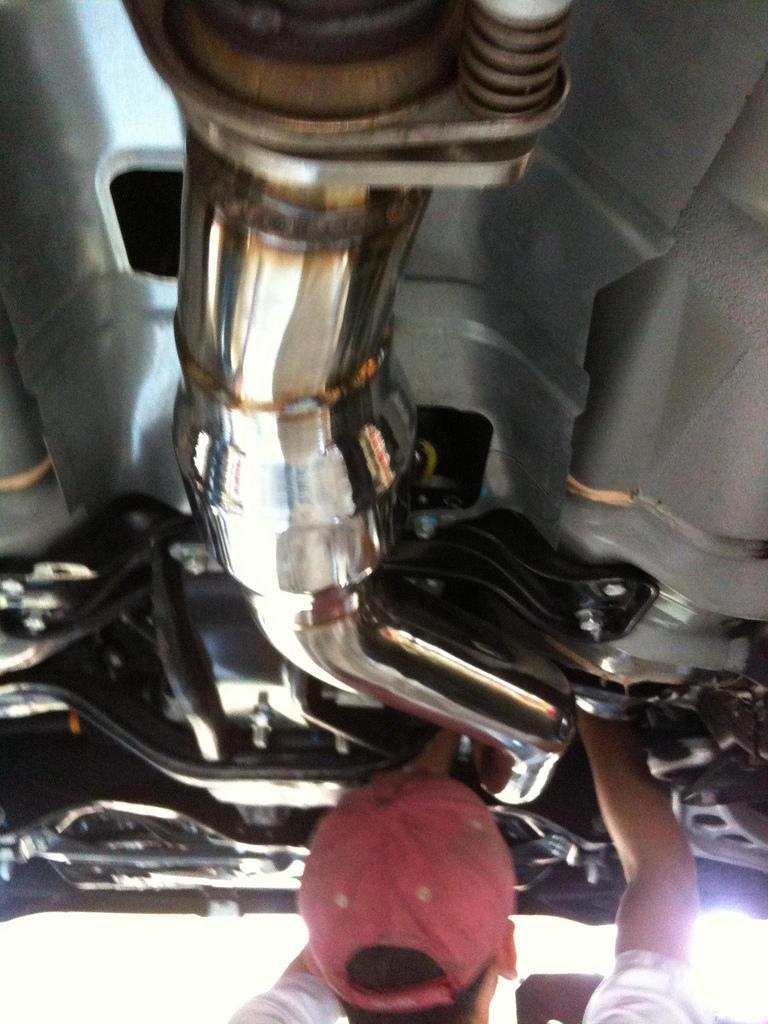 Tuning commenced shortly afterwards. What an experience. We started on 2nd gear doing pulls from 2,000 RPM to 7,000 RPM. Several pulls later it was time to move to 3rd gear. It is about 9 pm and I do a pull and then...BOOM!!!!! WTF!!!!! Lights were flashing, the car was limping and I was peeing my pants!! I pull into my neighborhood and quickly pop the hood and begin texting Phatron like a mad man. All the hoses looked ok. Turns out, this was my first time experiencing boost cut! We hit 23 PSI which was what Phatron had set the cut at. Whew! When all was said and done, several nights of pulling up till 5th gear on the highway, we were done. From what I remember we were at about 280ish WHP/TQ using Airboy to calculate the road loads. A decision was then made to upgrade the stock boost control system and the By Pass Recirculation Valve sometime in December, 2010: Grimmspeed 3 port Electronic Boost Control System 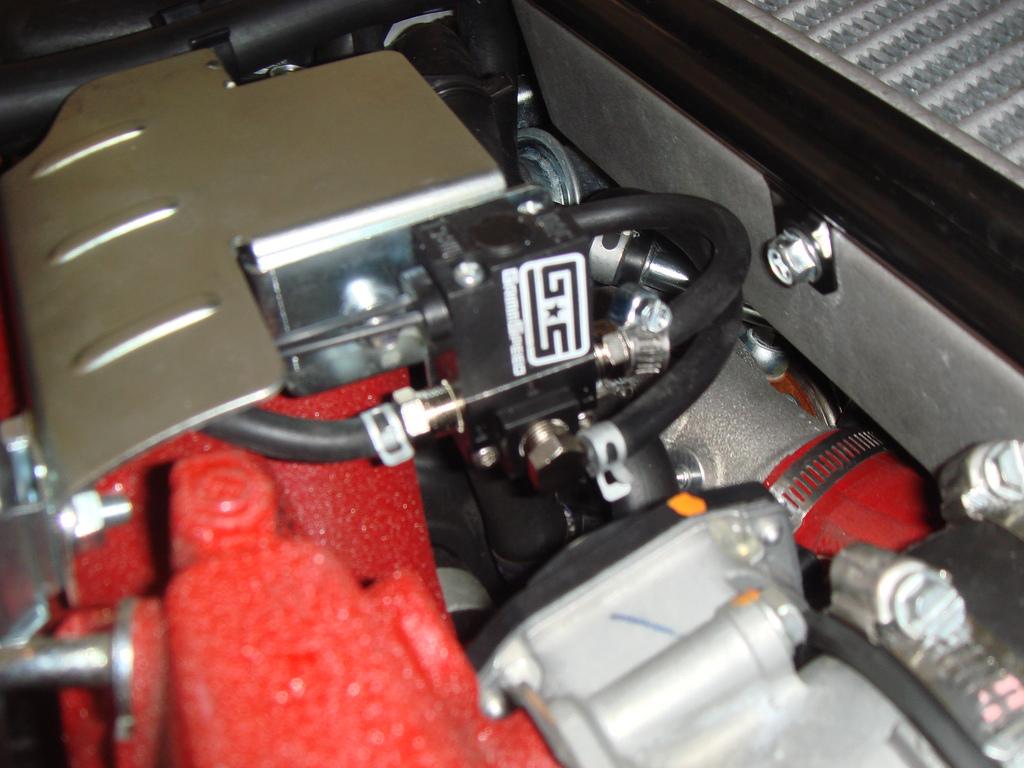 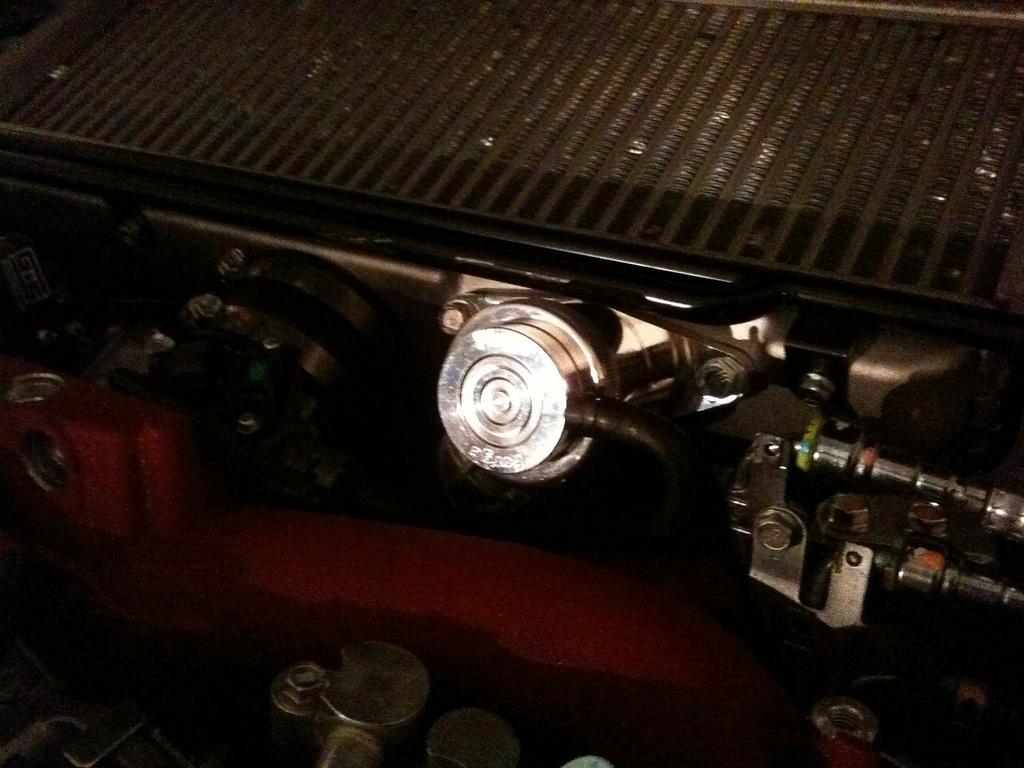 Retune w/ Phatron. I knew this would not be enough for me. It was fun but I wanted more. Research began on what the stock engine could be pushed to. 400 WHP was the limit that I found consistently. So my focus was on a quick spooling turbo and the required supporting mods. I purchased in December, 2010: Please keep reading the following posts to see the rest of the progress. I had to chop up my original post in order to insert pics rather than just having links. 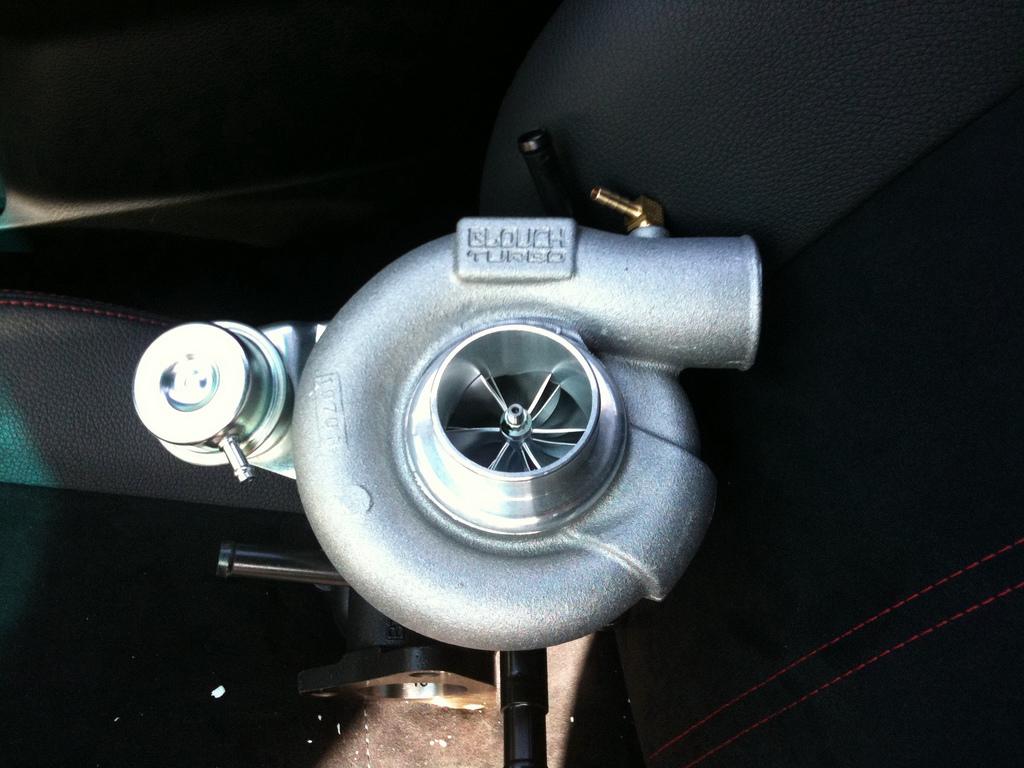 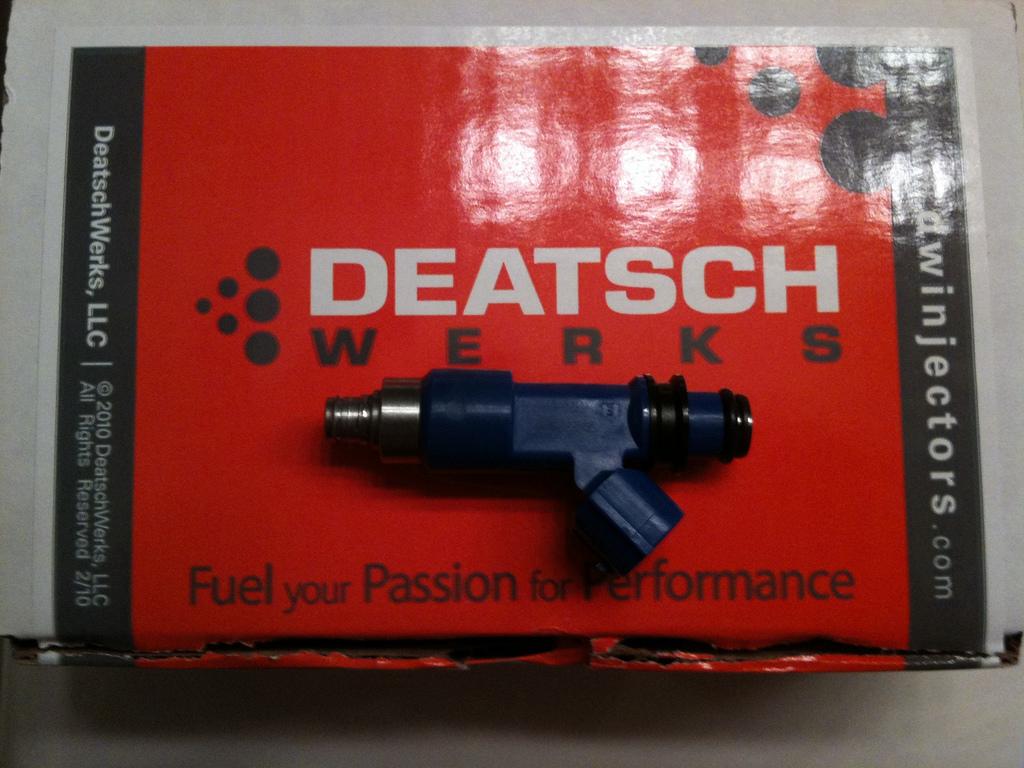 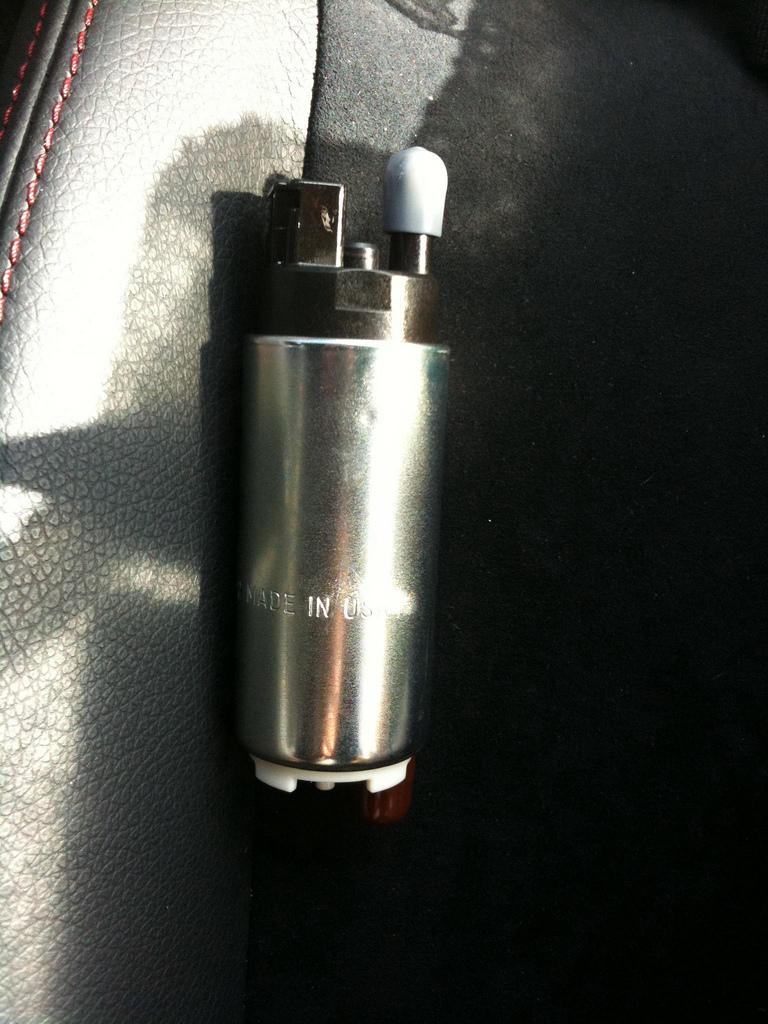 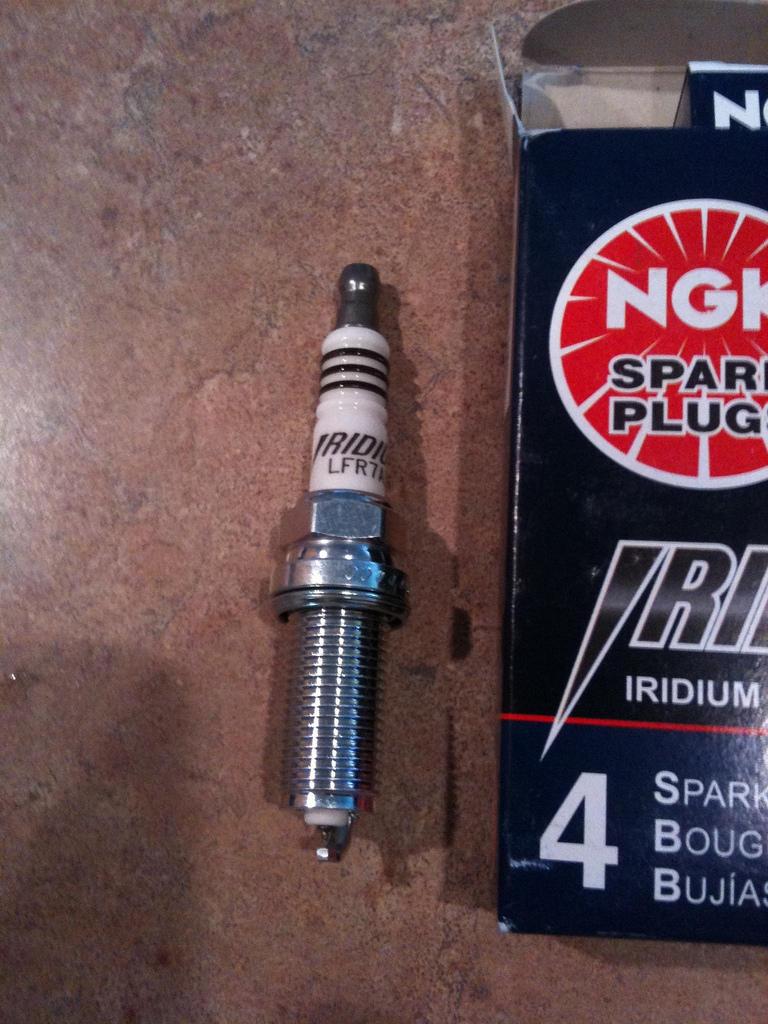 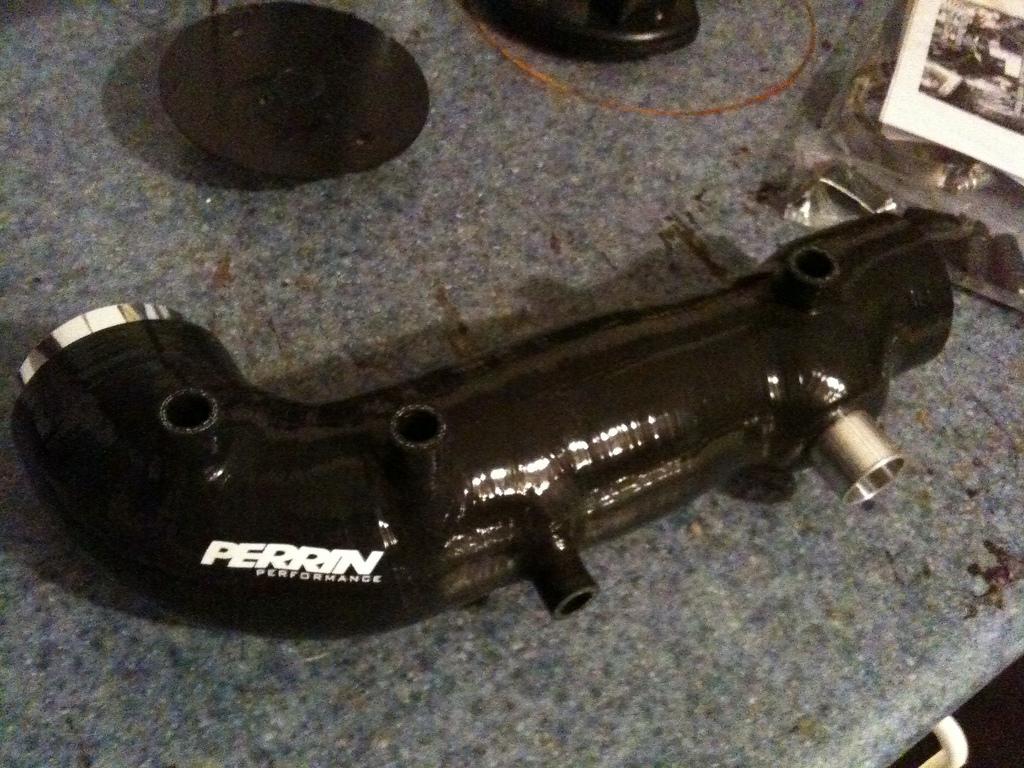 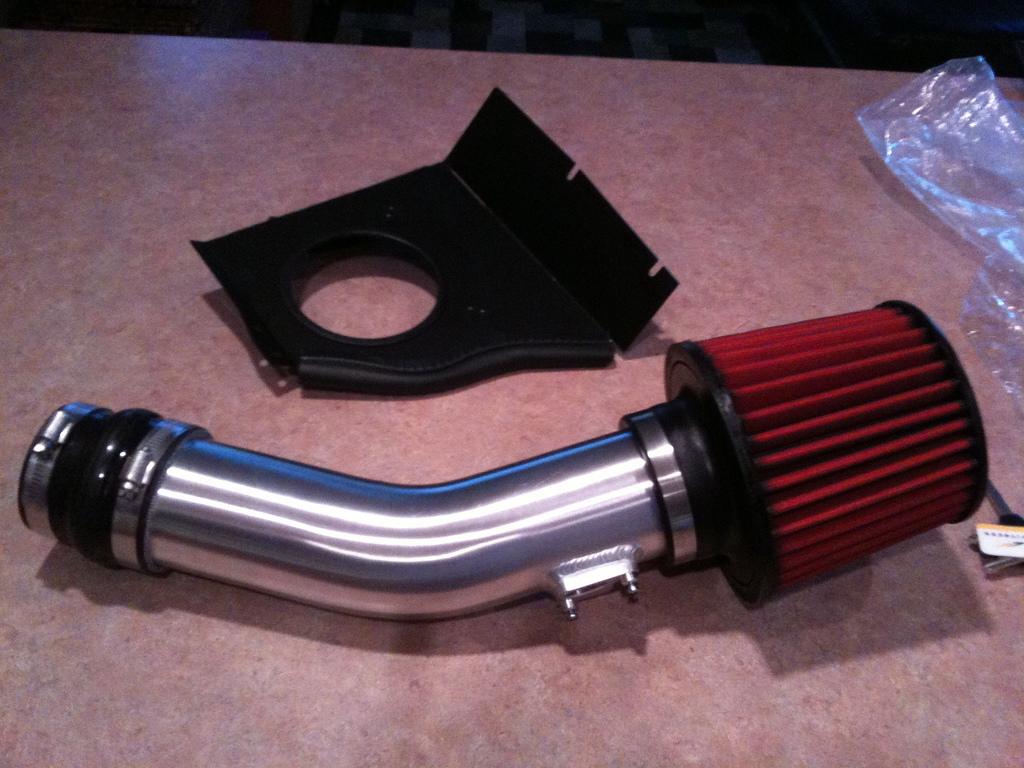 I was a little side tracked after purchasing these items when Invidia released their quad tip exhaust for the sedan. I had to get it and I was not going to leave the bottle neck in the exhaust so the Cobb had to be replaced by the Invidia Down Pipe. The purchase was made and exhaust installed in January, 2011:

Silicon Coated the Down Pipe 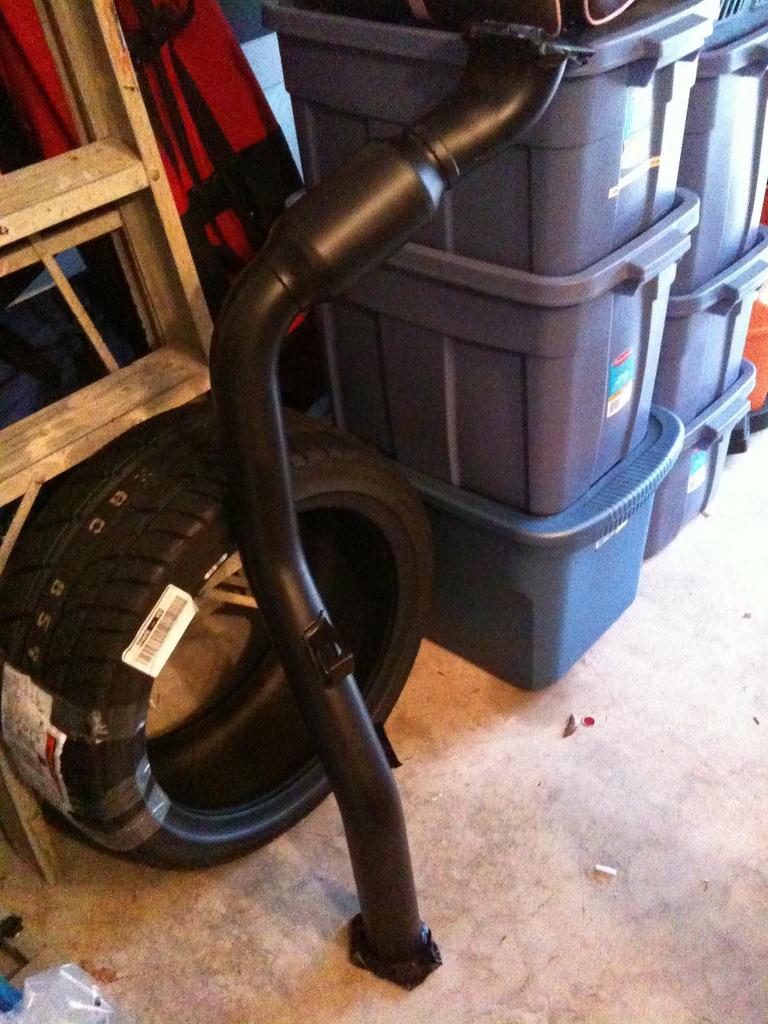 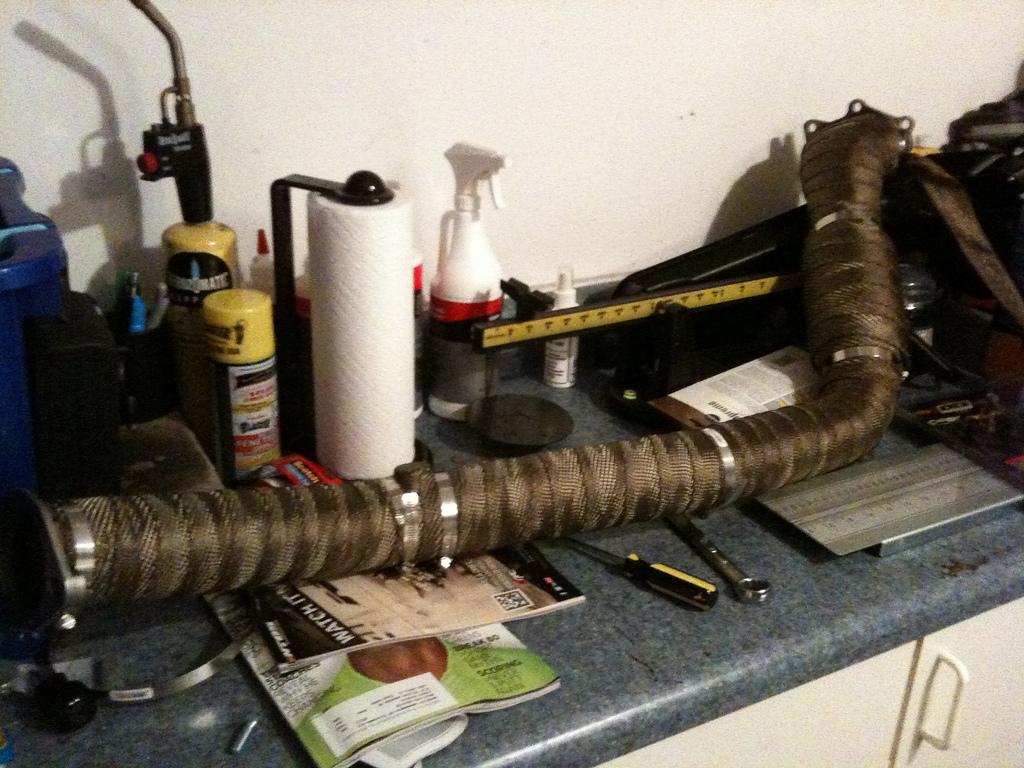 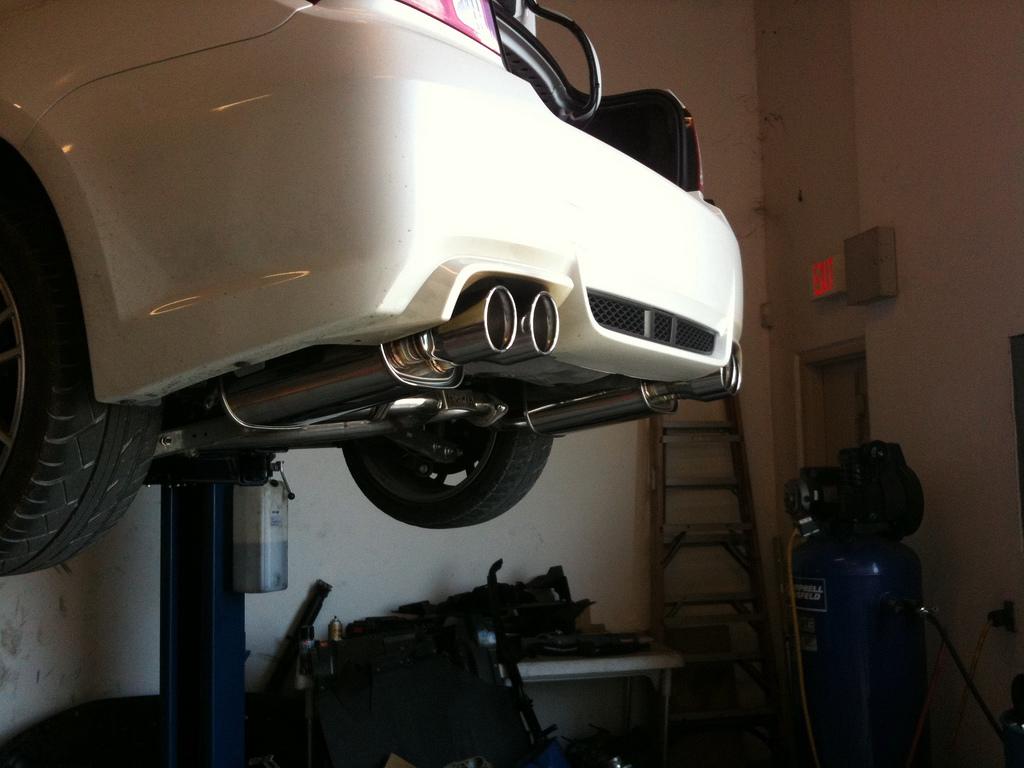 Okay, back to the turbo and the other parts. Before I can do that I had to get an AFR Gauge. I didn't want to mount the gauge just anywhere so I had to go with something that was as OEM looking as possible. With that, I had to fill the second gauge bezzle so an Oil Temp Gauge was purchased. I know I know, an Oil Pressure Gauge will be coming soon: 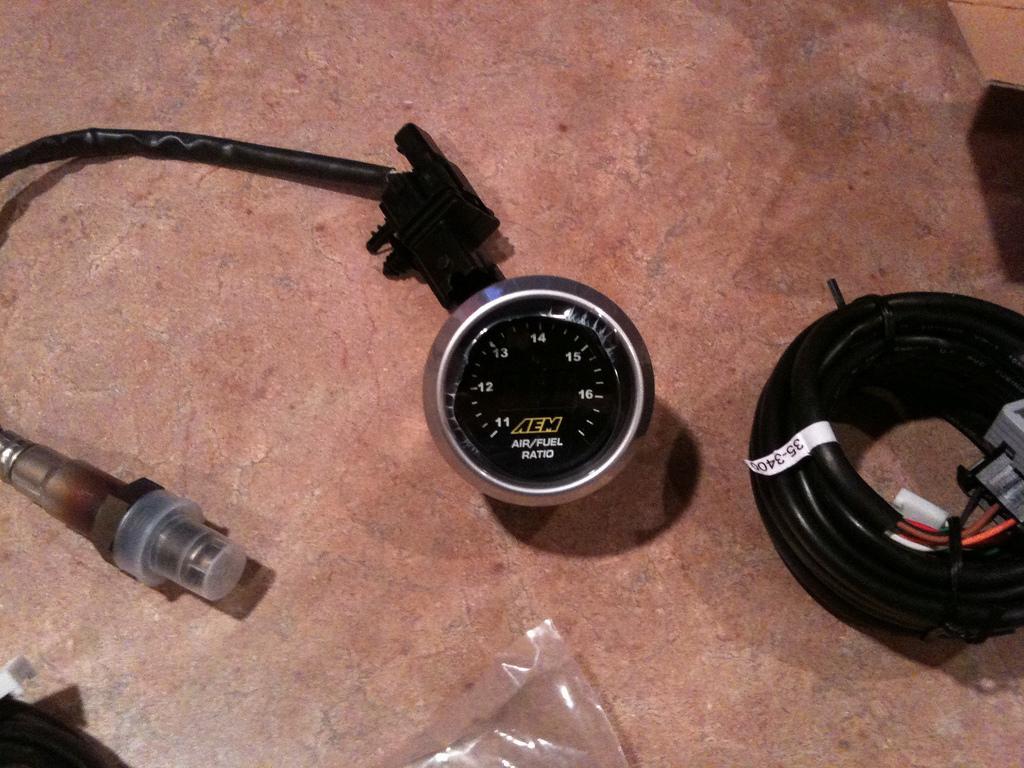 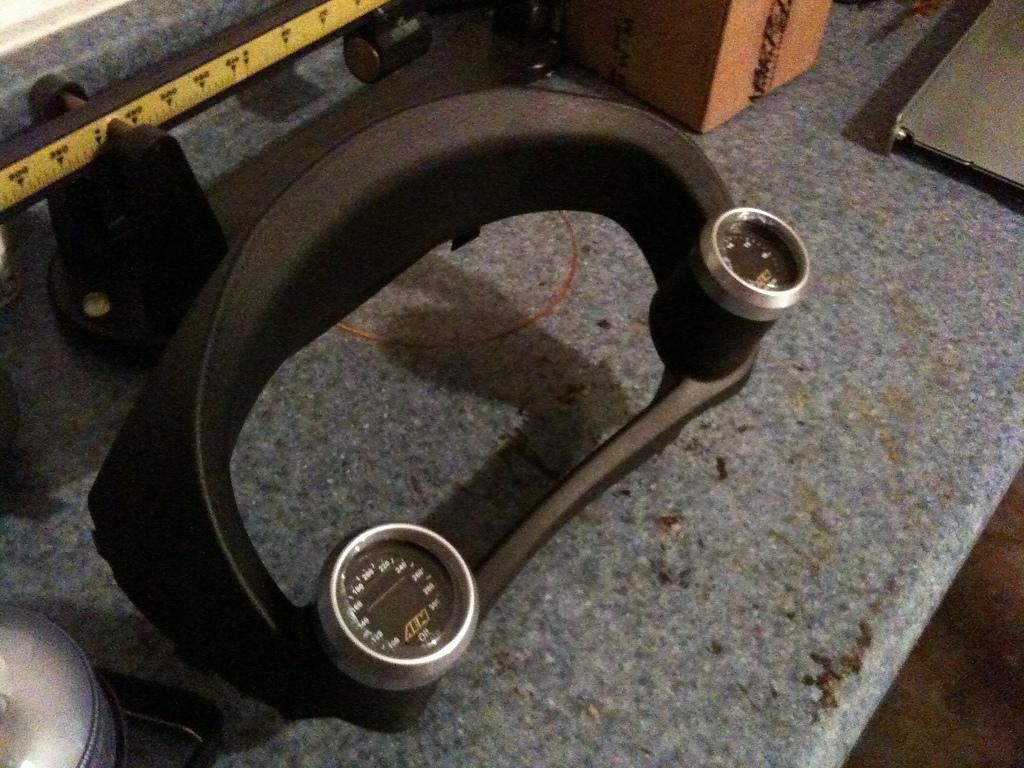 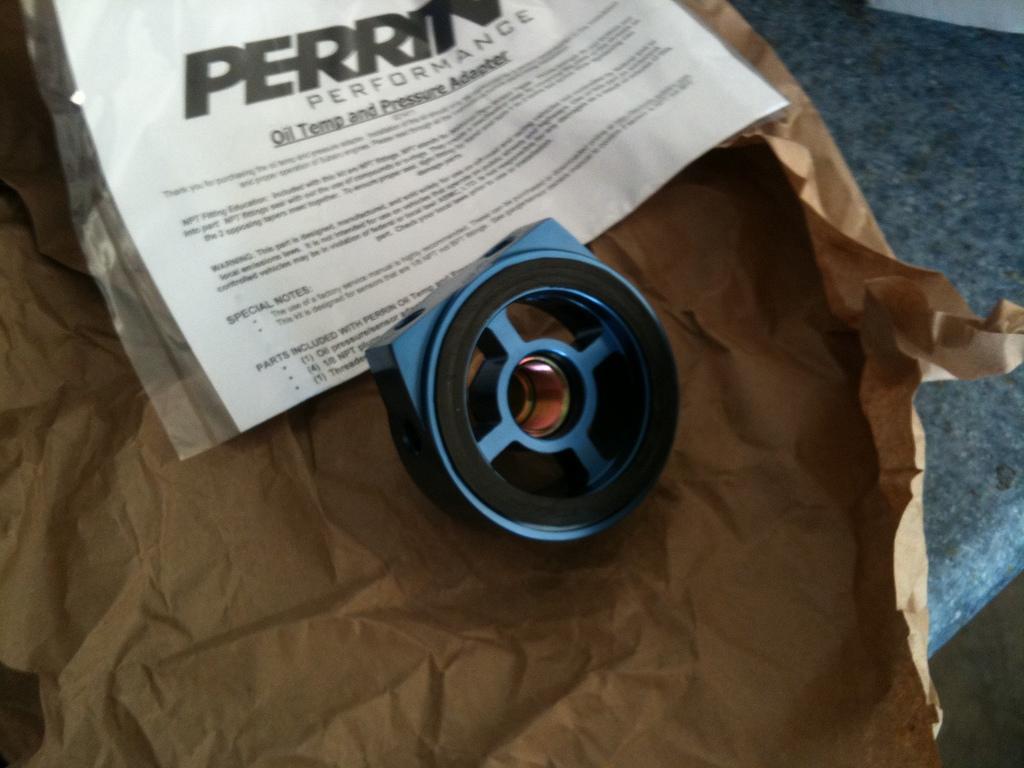 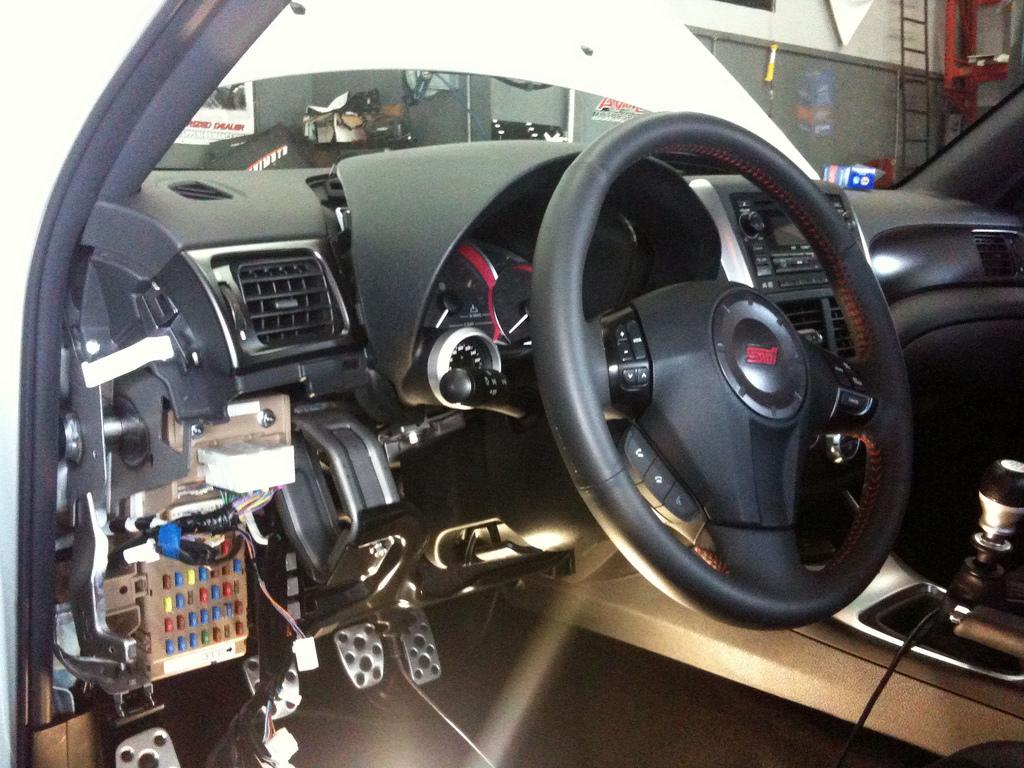 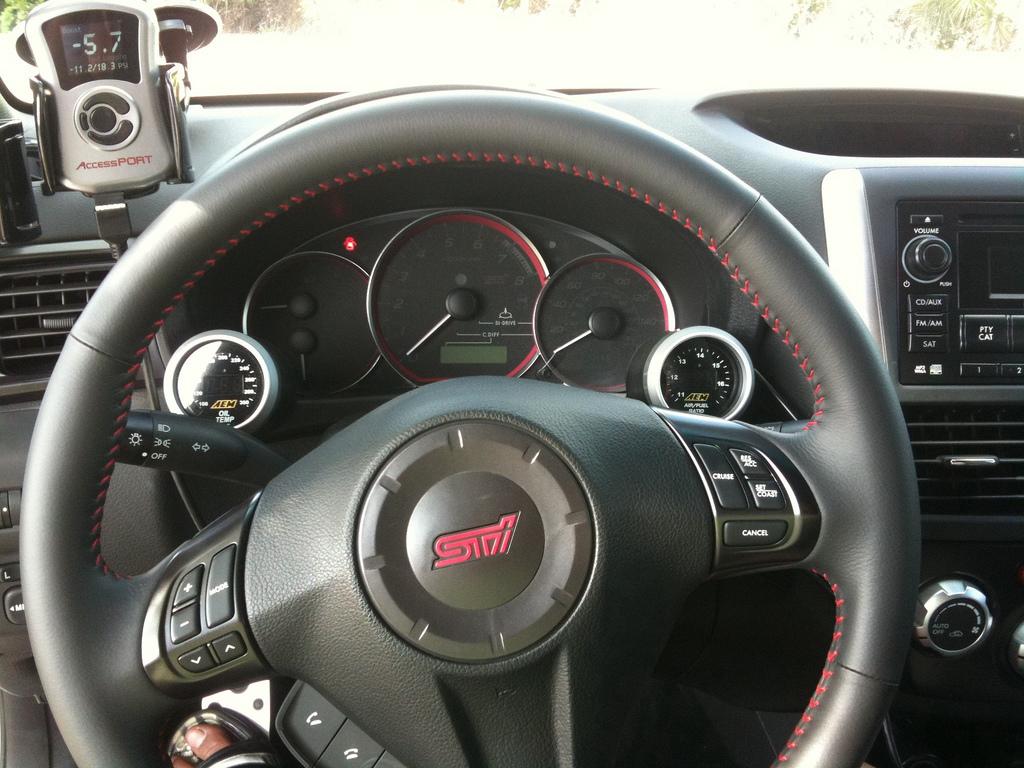 We are now ready to go with installing the turbo now that the AFR Wideband is installed. This happened sometime in April, 2011:

Holy crap, my engine bay is a mess! 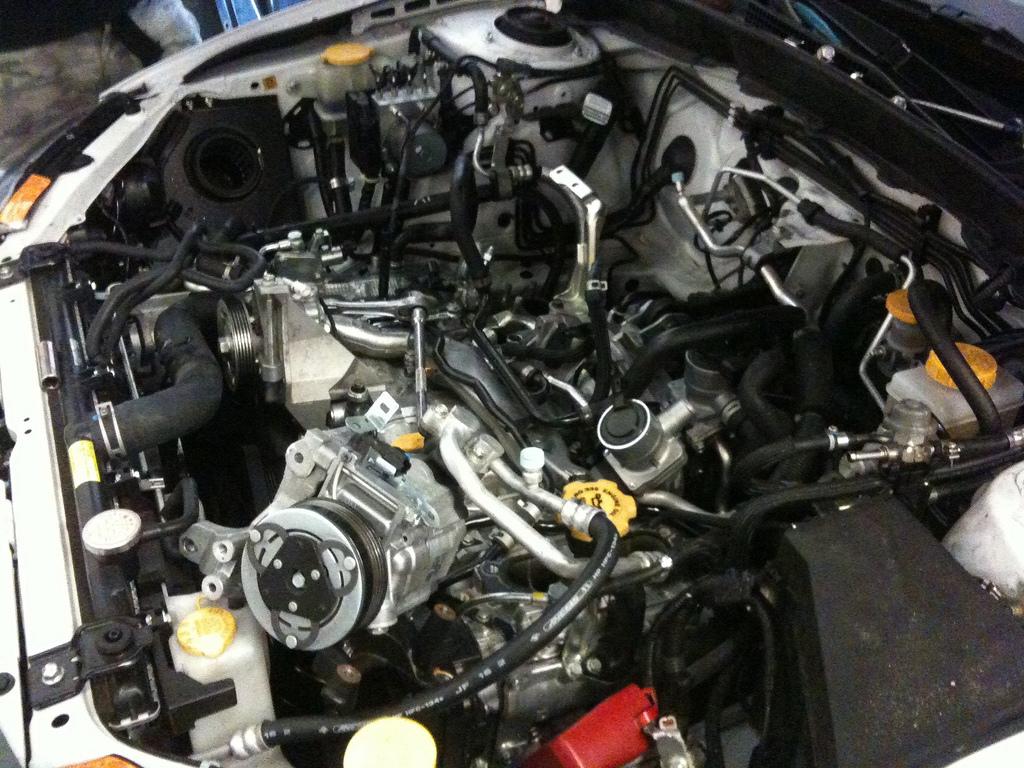 Intake Manifold is off 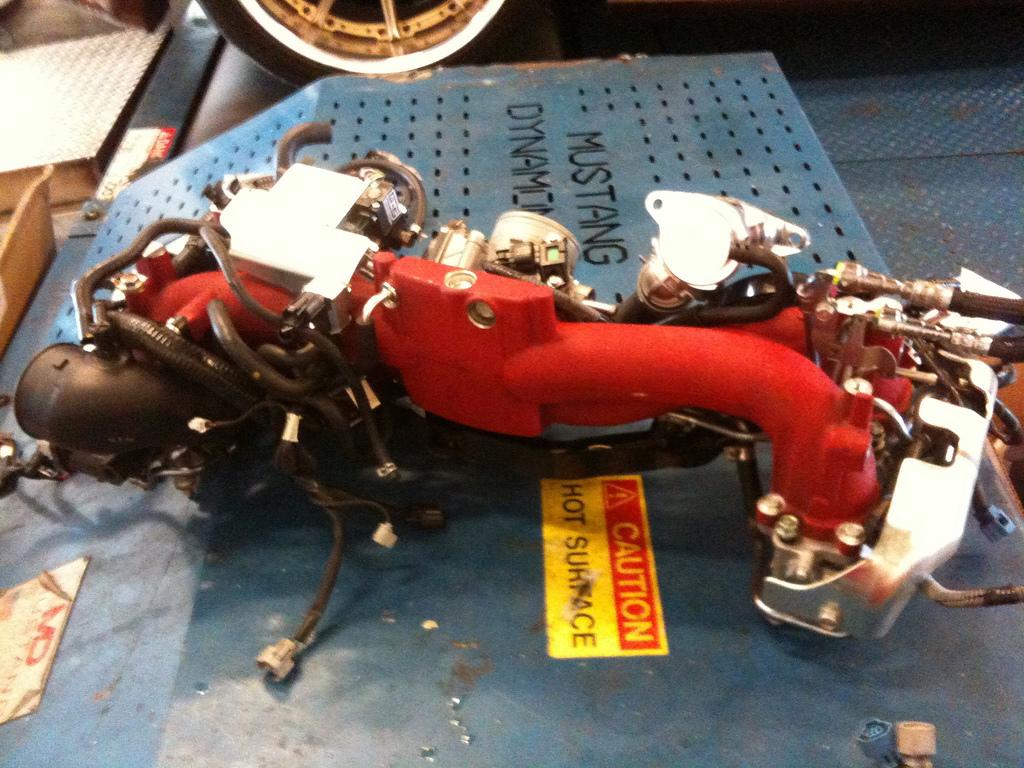