Focal IS165 Components Install in doors and dash

I just completed my install of the Focal IS165 Components and I think it turned out pretty nice. I chose these components because they seemed like a good value and the right size and had integrated crossovers which allowed me to use the existing OEM wiring.

The door speakers fit perfectly without any cutting of the metal door frame. I used 1/2" MDF for the door bracket and I had to sand down the top of it to get a flush fit at the top (second picture).

I was initially thinking to install the tweeters under the dash like the stock ones but they sounded less harsh top mounted. I carpeted some MDF pieces and mounted the tweeters on top with a small nut/bolt along with a screw inside the tweeter housing. I then used GOOP to glue the carpeted pieces into the holes in the dash.

The most difficult part of the install was removing the stock tweeters and then splicing on the wires for the new tweeters. There is a very small amount of room between the tweeter and the windshield which makes this process not so much fun. The OEM driver's side tweeter came out pretty easily as the glue on the screw held which allowed me to turn the tweeter magnet out but the passenger one was a bit more effort since the glue came loose on the screw. I was able to remove it by pressing on one side of the magnet which bent the tweeter bracket and left some room to access the screw. I then took a small phillips screwdriver and put a few bends on it with a vice to be able to get it down on the screw. After removing the stock tweeters you will have a tiny tiny bit of stock wiring left but it was just enough to allow a vinyl crimp connector 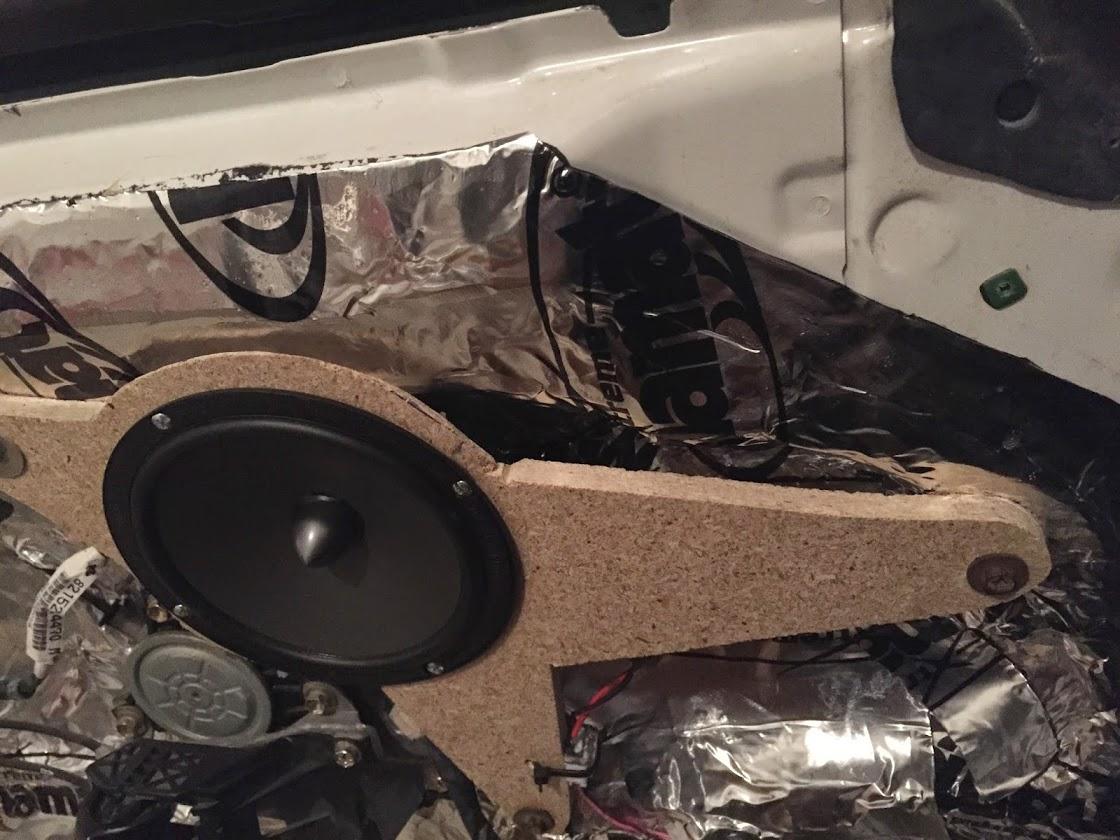 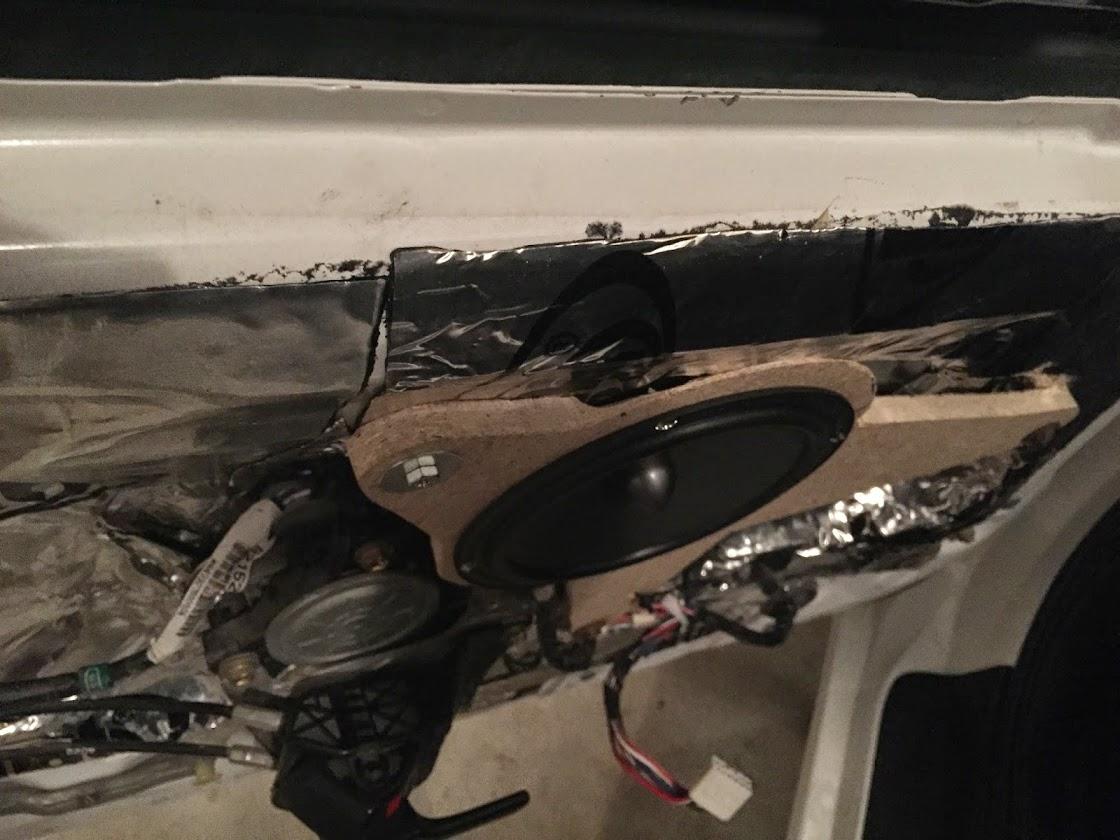 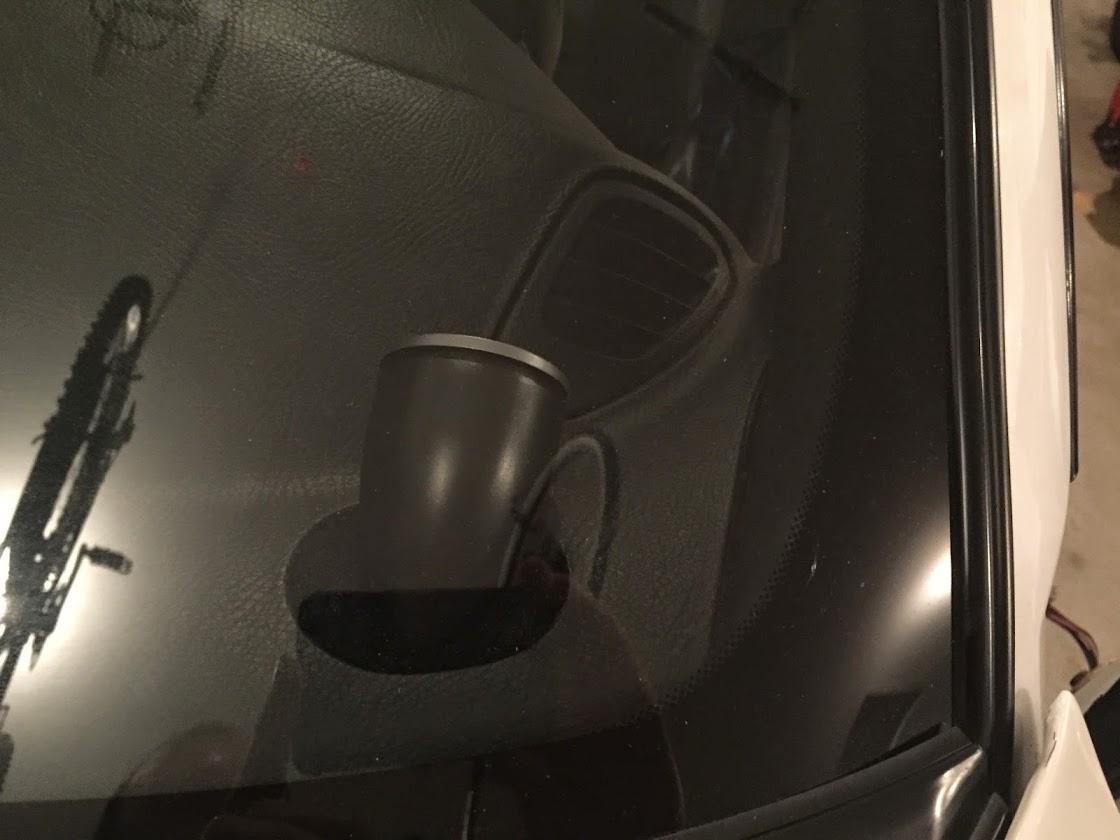 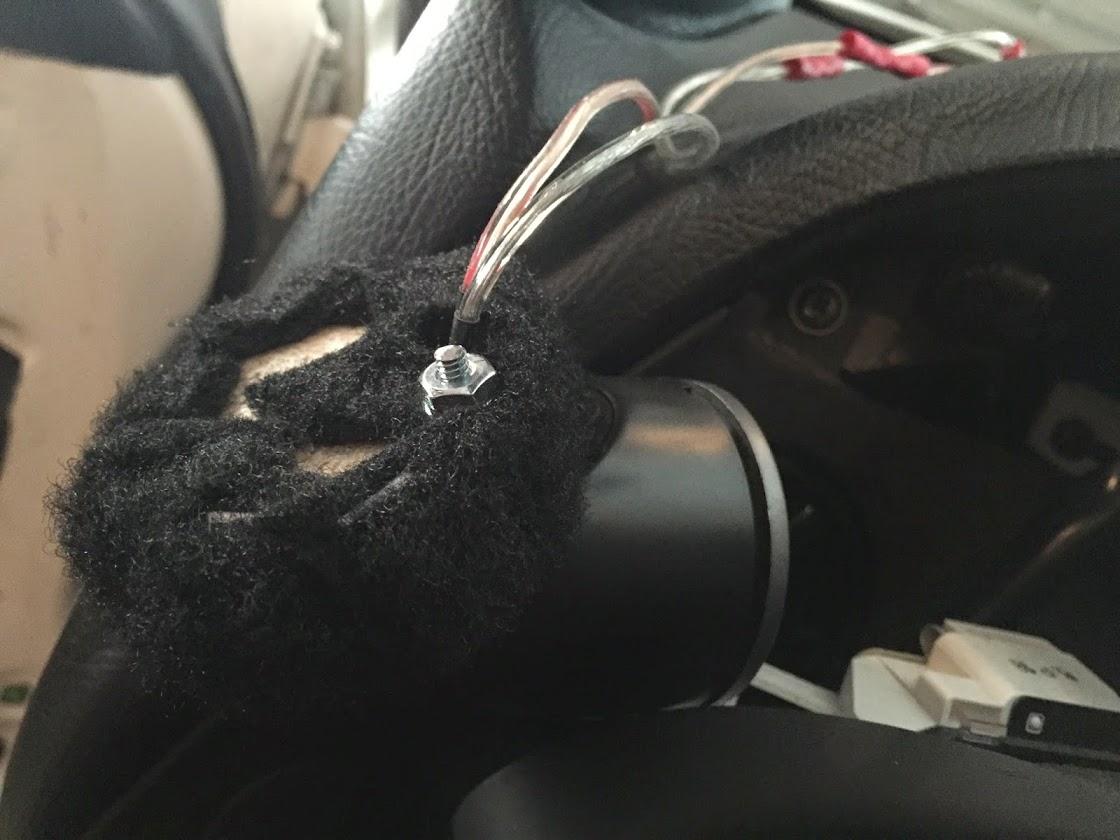 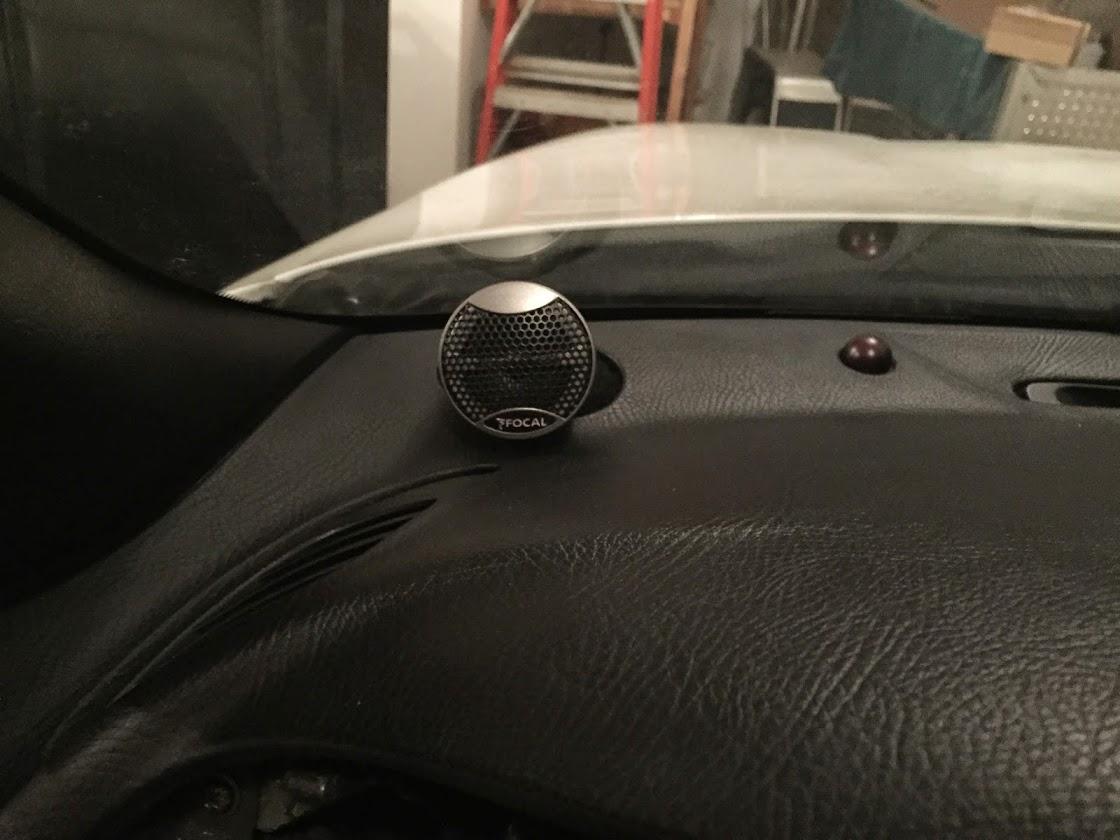 Nice call on the undercoating spray! The dynamat sticks to that something fierce! I completed the driver door last night but I didn't get a chance to test the sound or fitment with the door panel but it looks promising. Tough to get a perfect seal with the wires and cables in the way. 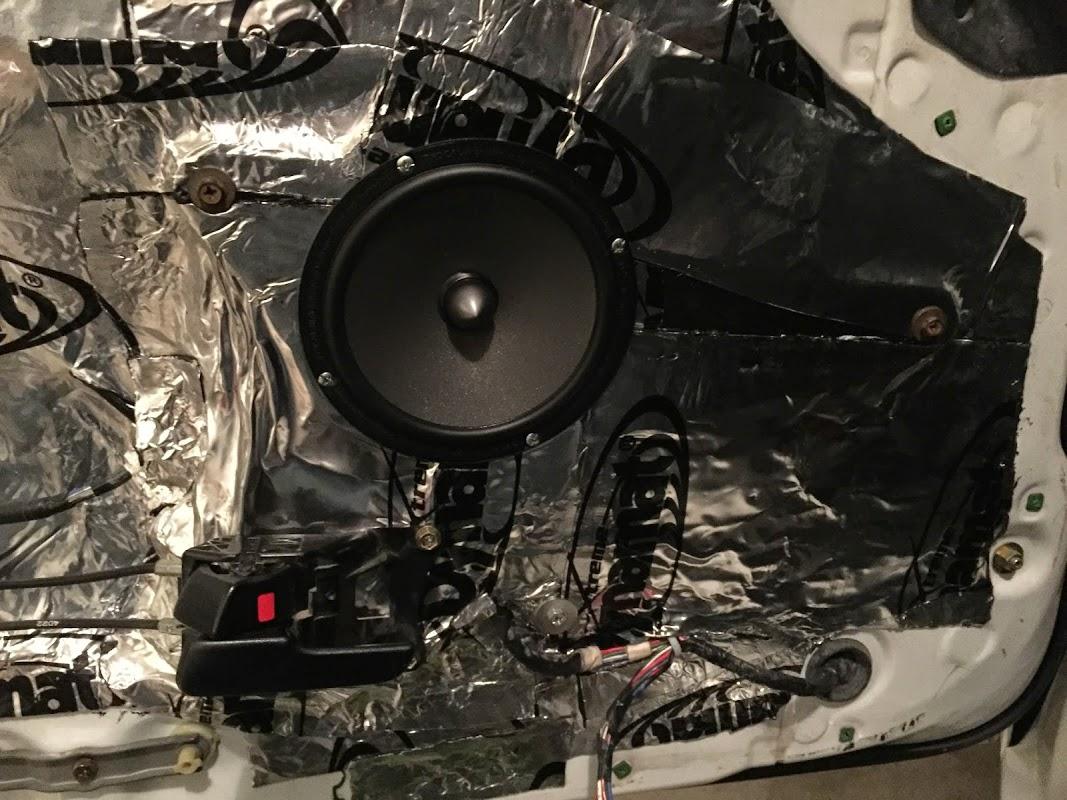 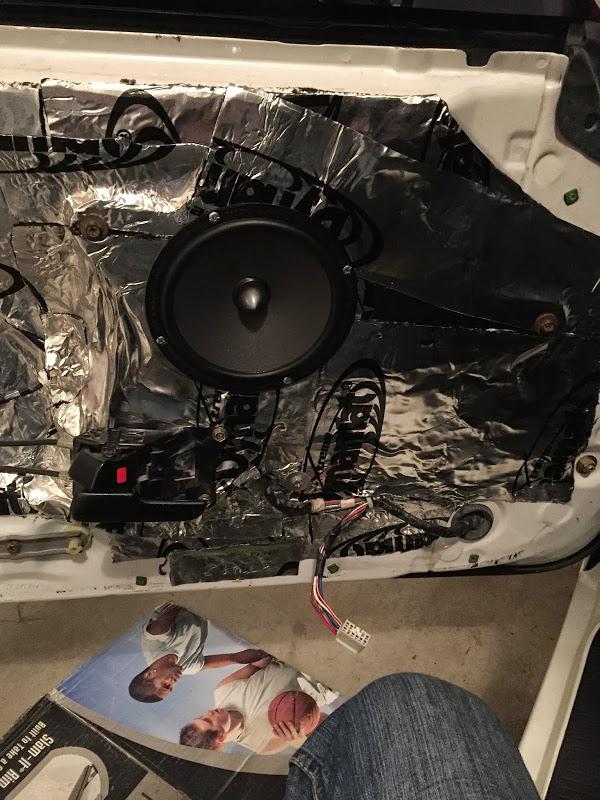 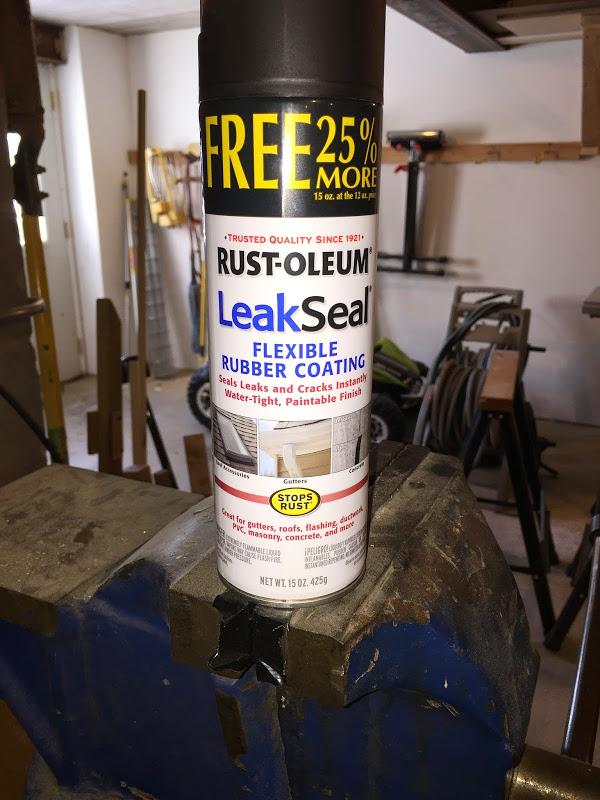 I installed the door panels last night and the fitment is perfect. I tested the sound with a few songs and it sounds nice. I will be hooking up the JL XD 700/5 v2 amp and the CAS sub box next.